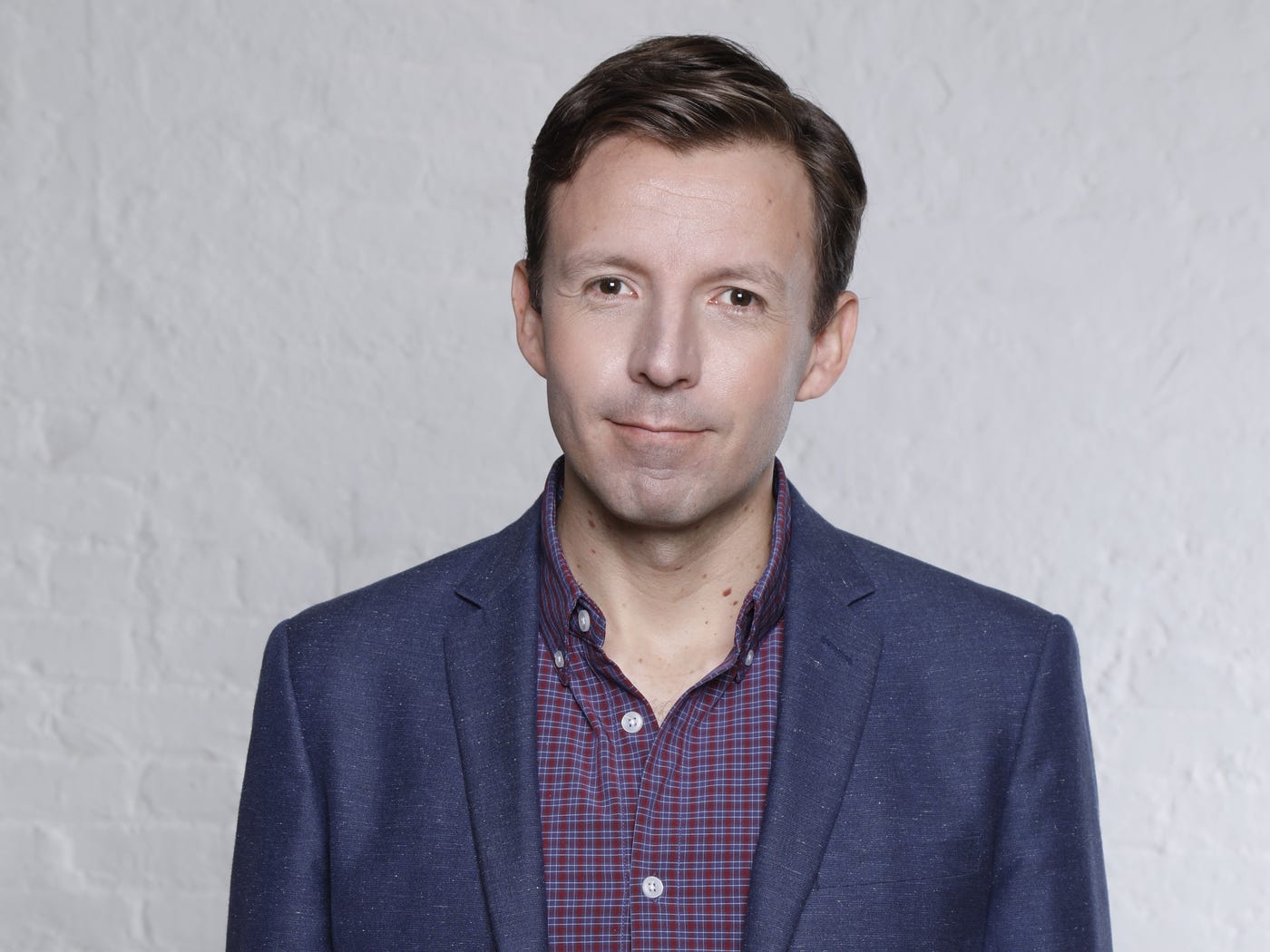 Robo-advisors that completely automate the investment experience are racing to grab client assets. But one startup is betting that some still prefer to have an actual human help with financial advice

Finding the appropriate person with the right credentials to entrust with your money is no easy task. That’s where Zoe Financial comes in. It serves as a marketplace for so-called mass affluent investors — those with around $250,ooo to $1 million in investable assets —  and financial advisers to connect.

Zoe founder and CEO Andres Garcia-Amaya, who previously served as an executive director at JPMorgan Asset Management, told Business Insider the startup takes on both due diligence for investors considering where to put their money, and marketing and business development for advisers and planners hoping to add new clients.

Since launching in February 2018, Zoe has signed up hundreds of clients and has a total of $150 million in investable assets, Garcia-Amaya said.

“If you ask any advisor in the US if they could pick one thing that they would focus on the business going forward, they would say ‘grow it,'” Garcia-Amaya said. “It’s the hardest thing for them.”

Zoe lists fee-based independent financial advisers and planners that earn their revenues based on a percentage of the assets that they manage. The marketplace service in turn charges a percentage of that revenue, as opposed to a listing fee or fees for the number of client leads that it generates.

“We don’t get compensated for making a quick intro and a first date. We only get compensated if both sides meet and end up marrying each other,” Garcia-Amaya said. “Therefore, it really aligns ourselves with making sure the match is a really strong one.”

The pitch deck estimates Zoe’s potential market at some 16 million households with a total of $85 trillion in investable assets.

Jones also sits on Zoe’s advisory committee while DiMarco, who built Advent into a public company before it was acquired by SS&C Technologies, is an active investor that serves as a sounding board, Garcia-Amaya said.

Here’s the pitch deck Zoe Financial used for its seed and angel round.

Certain numbers/names have been excluded from the pitch deck due to sensitivities. 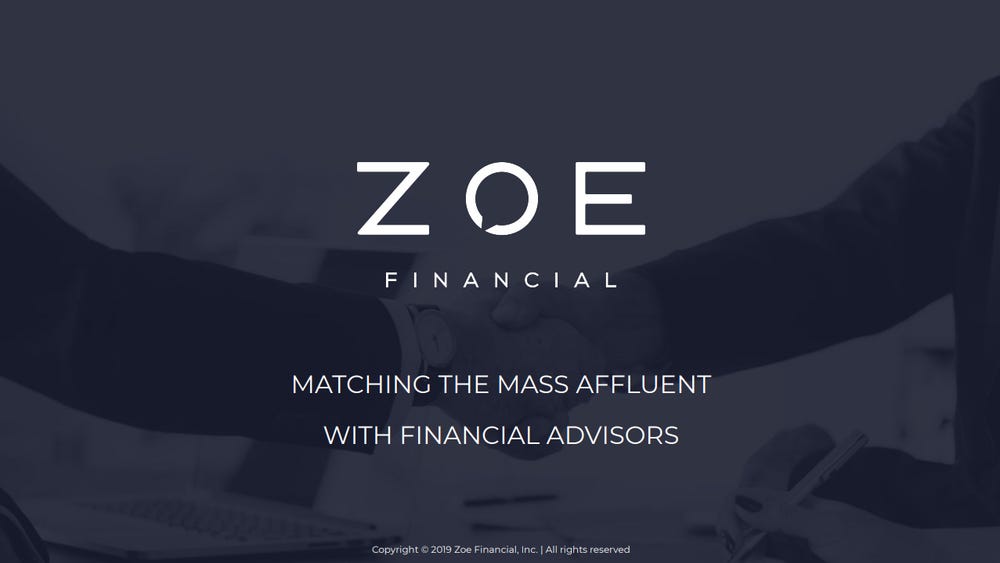 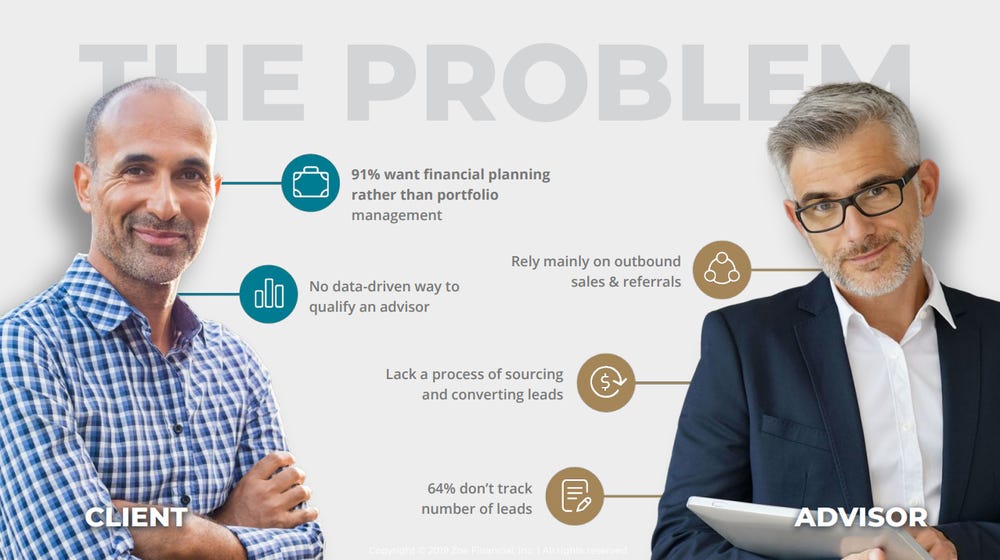 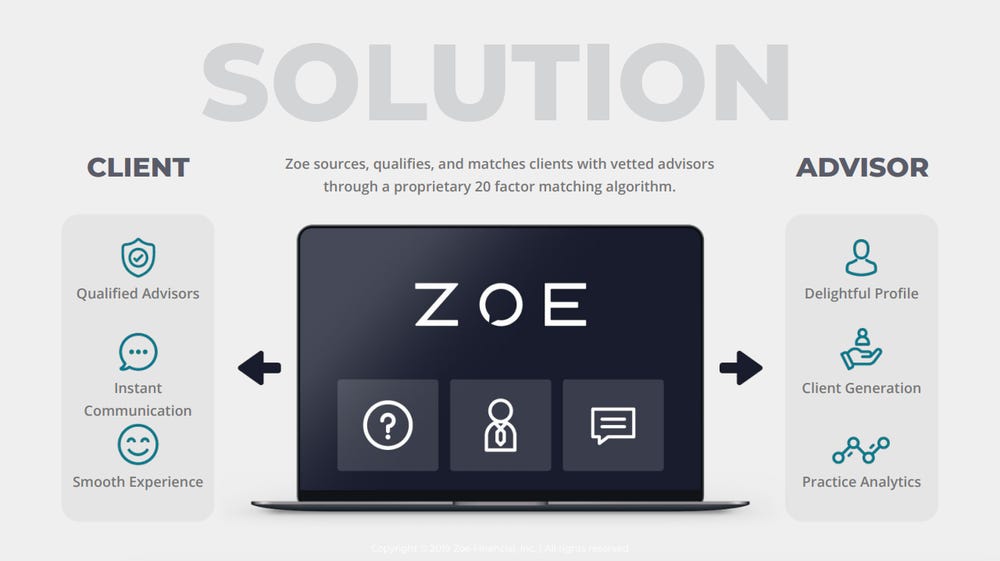 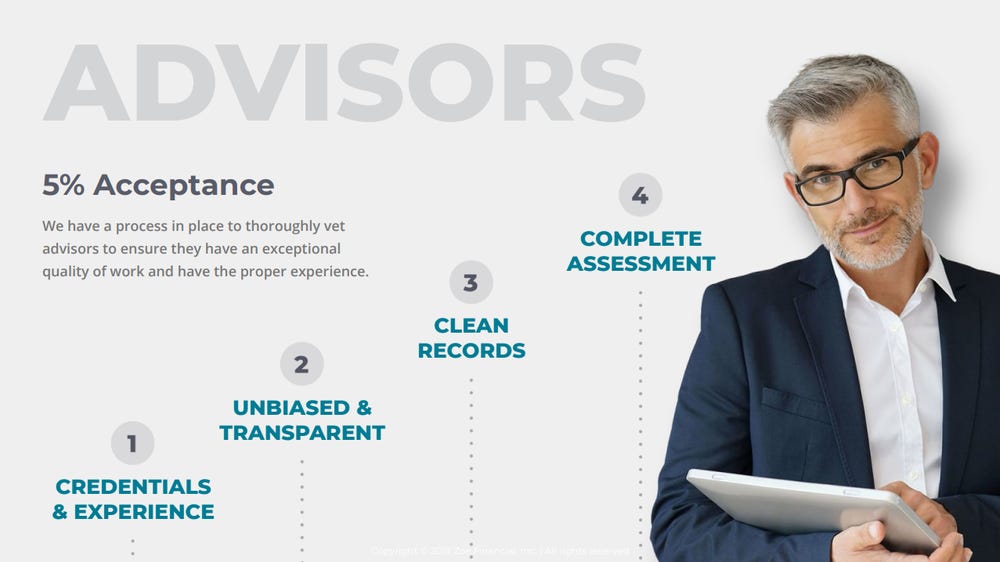 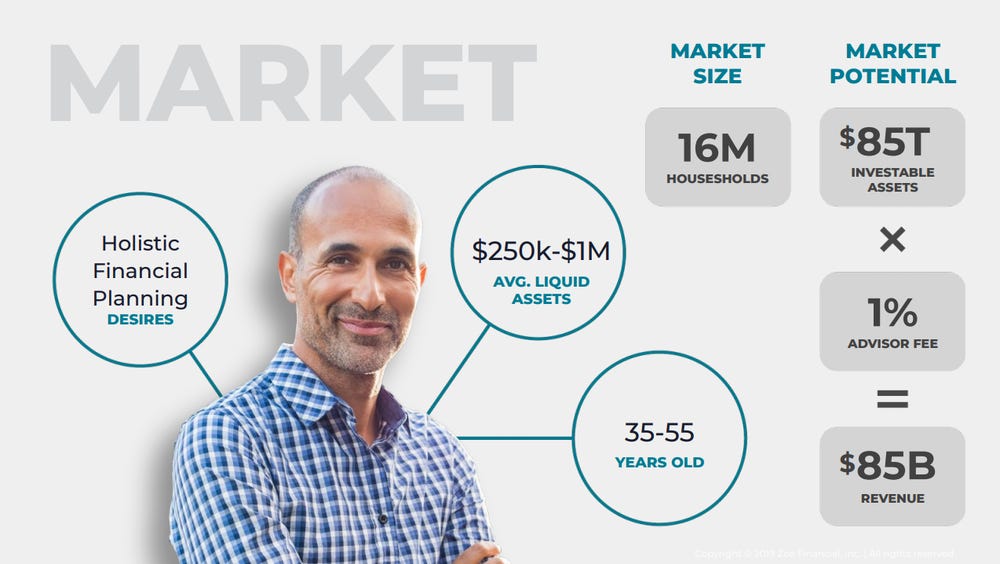 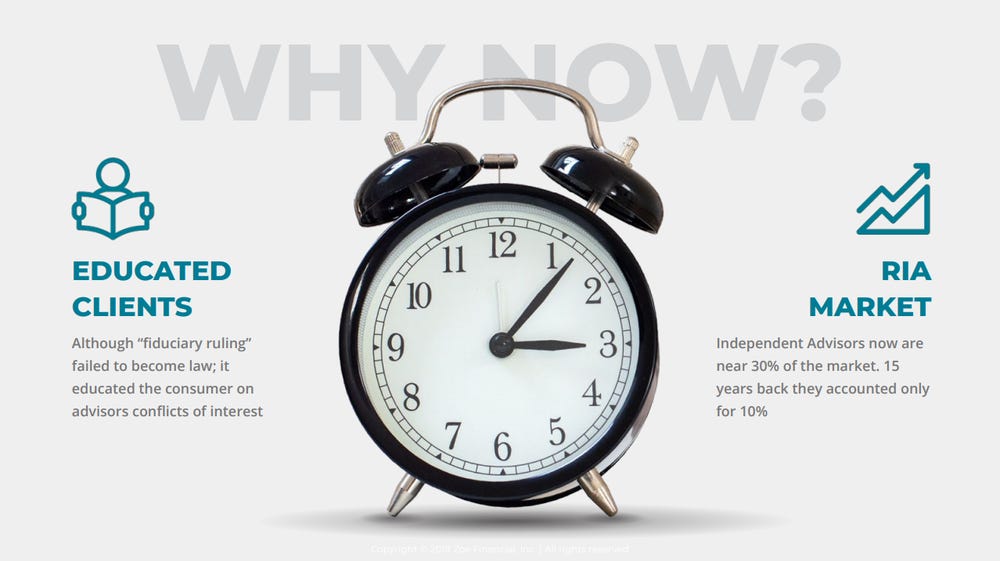 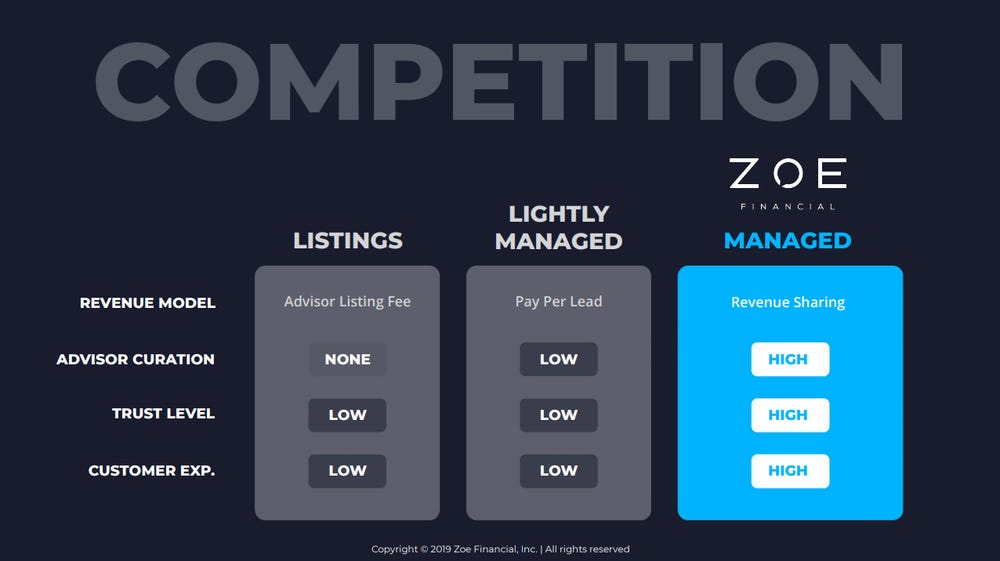 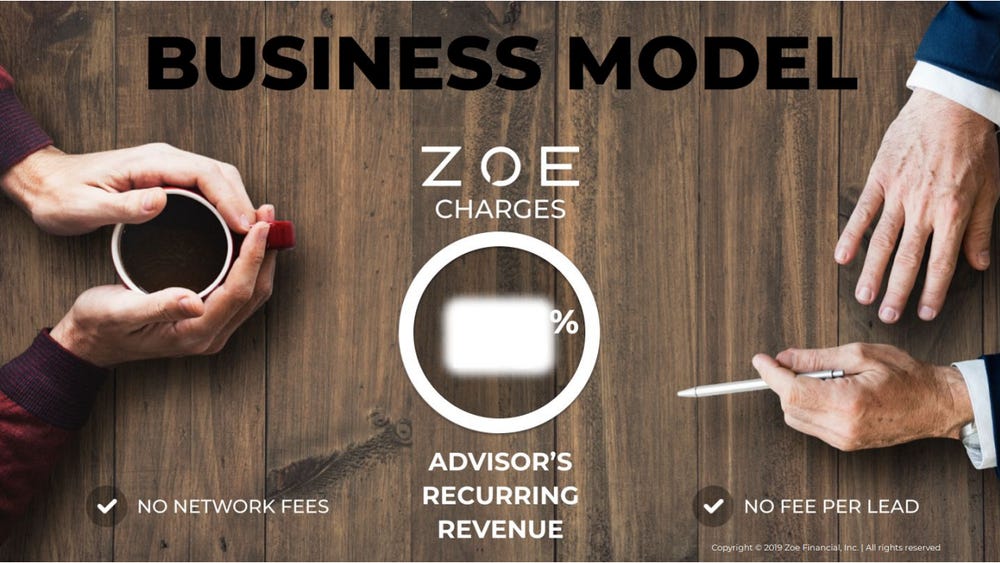 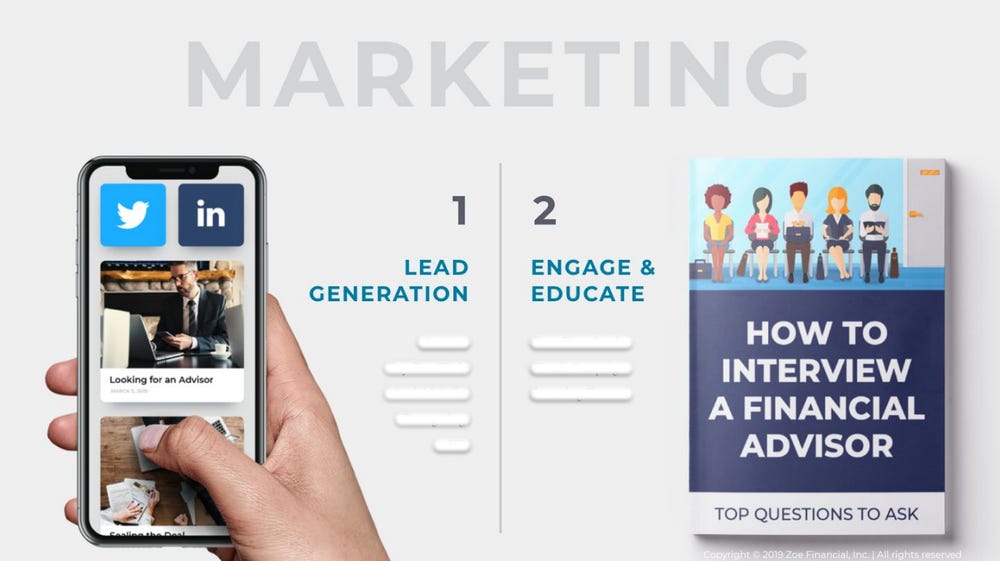 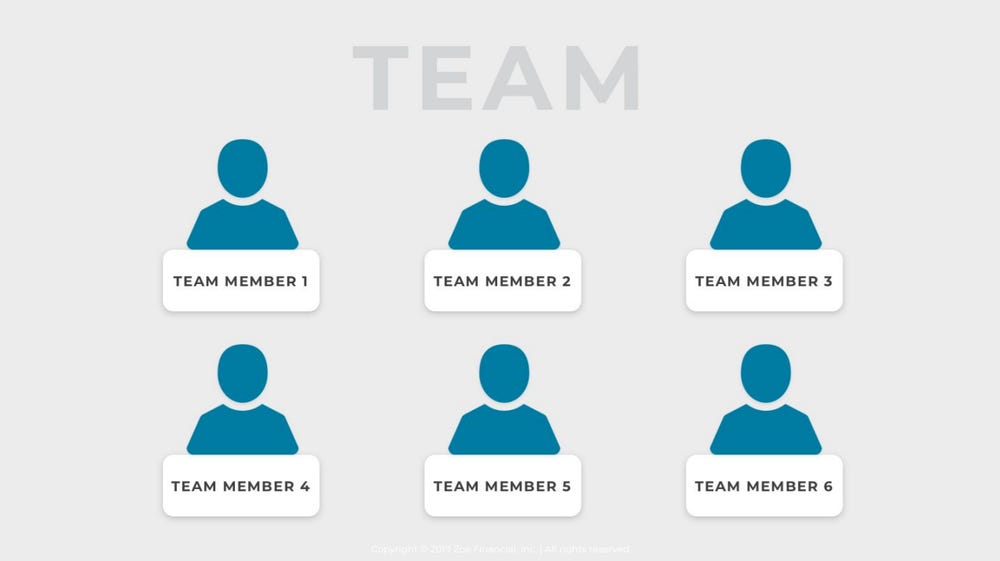 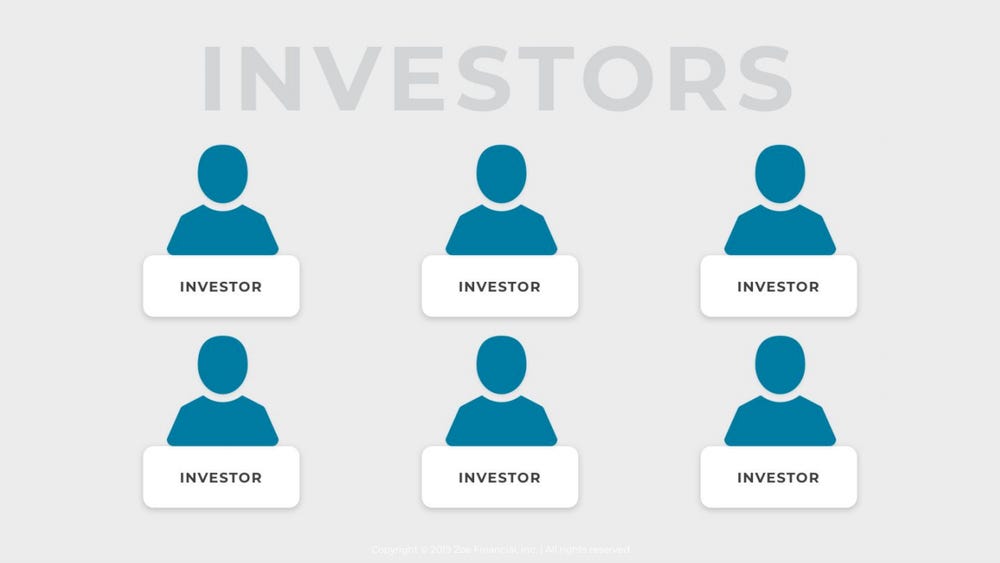 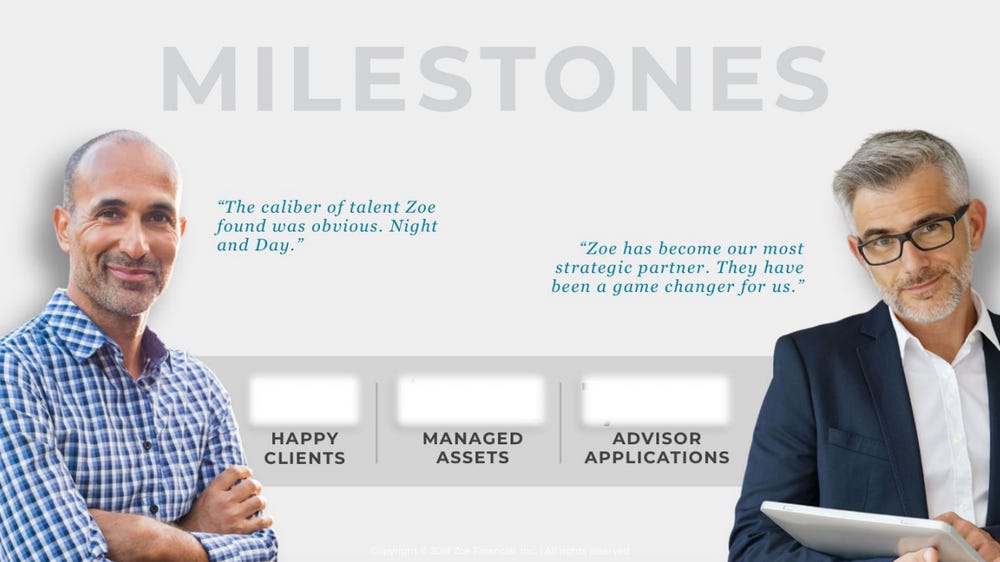 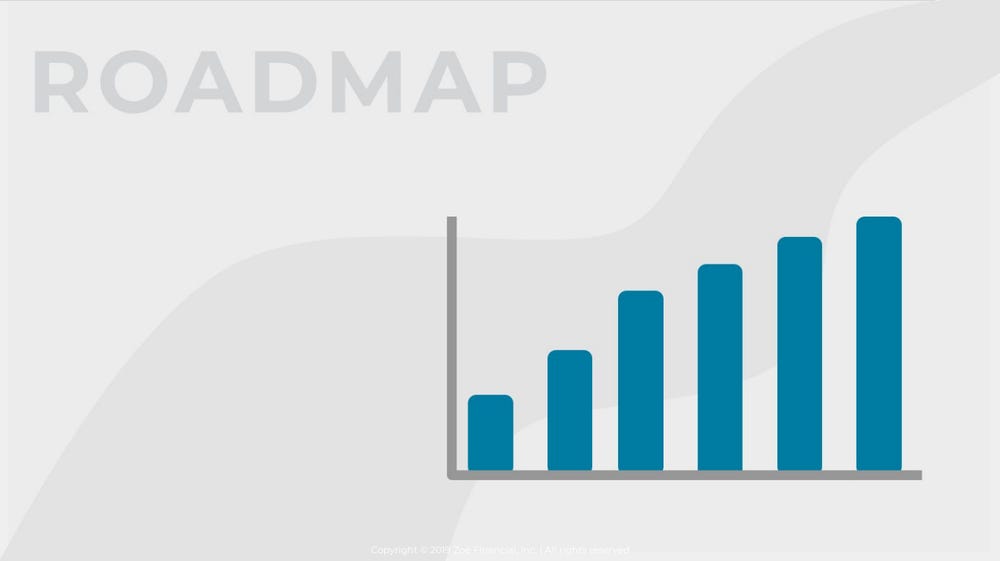 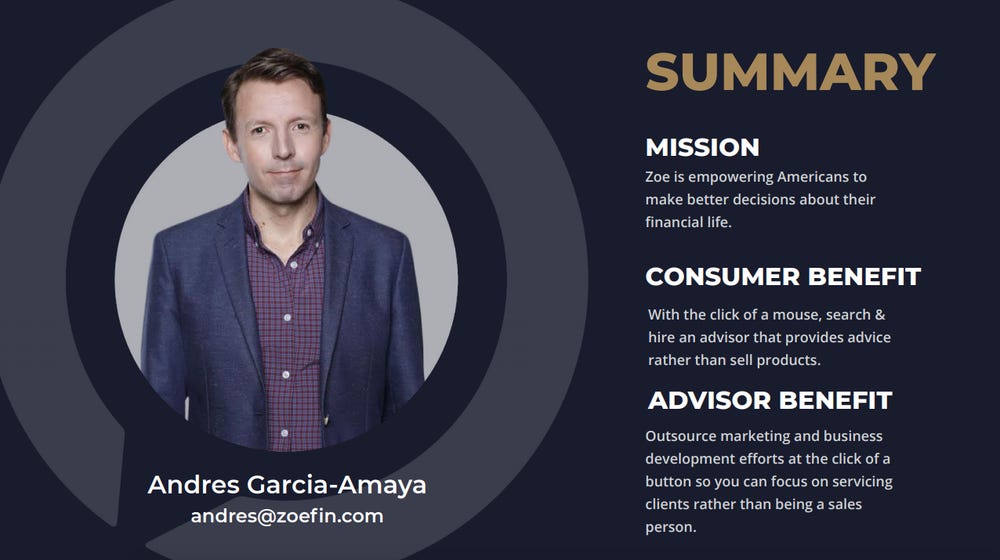