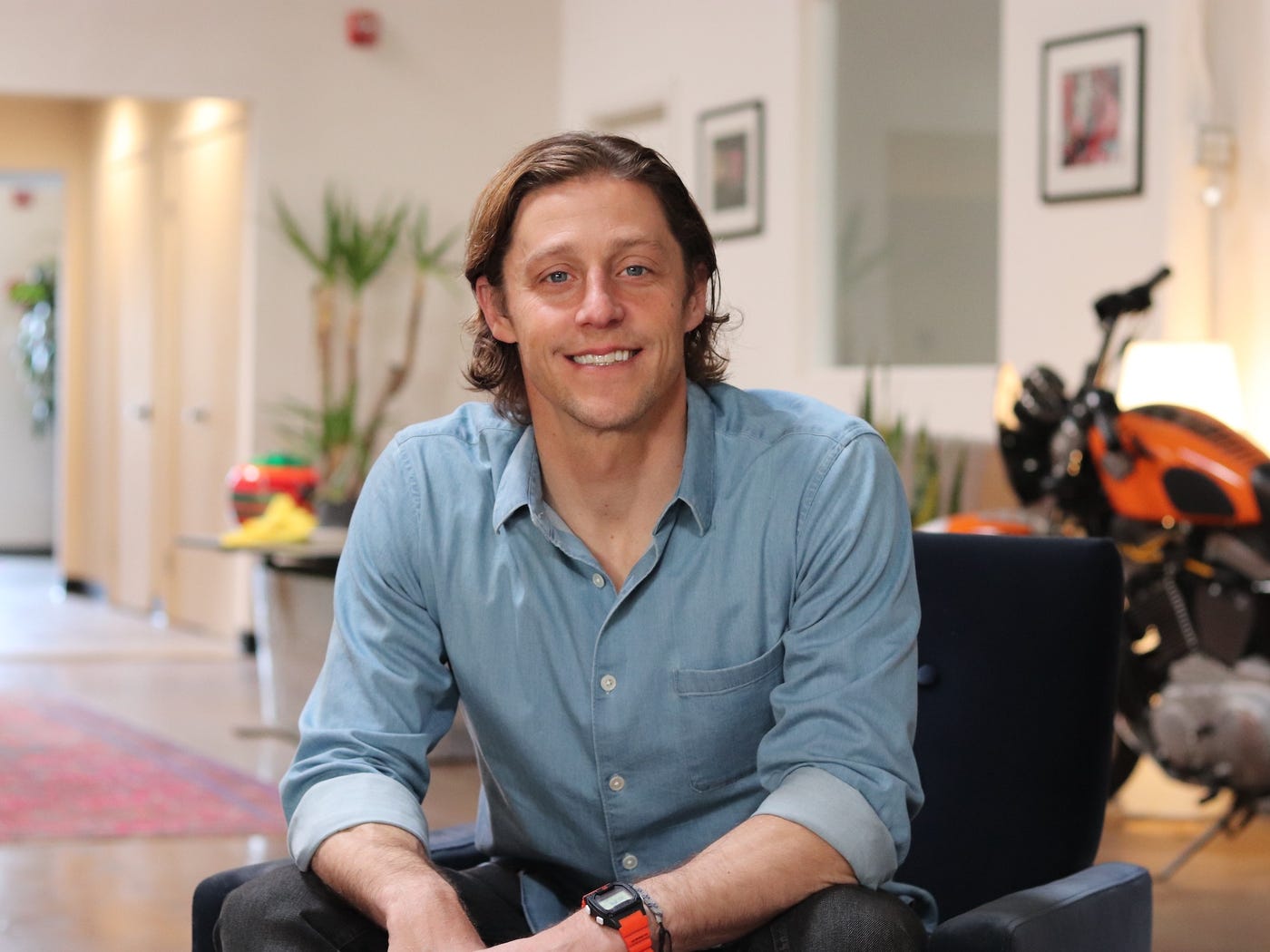 Remote work has thrown many new managers a curveball. Instead of checking in with direct reports in the hallway or finding them at their desks, many managers are struggling to figure out how exactly to lead their teams in the tech industry’s new normal.

Adam Berke and his two cofounders saw this struggle coming even before the pandemic shuttered offices and gave open office floor plans the boot. After working as a founding employee at marketing technology startup NextRoll, Berke told Business Insider he wanted to build a company that could address the issues he faced when moving up the leadership ranks at a growing startup.

“That whole set of problems felt like an area that was overlooked and just happened behind the scenes while you build the business, but really it’s what makes or breaks your company,” Berke told Business Insider.

Nearly two years ago, Berke created WorkPatterns to do exactly that. He designed the company to appeal to managers first, with software tools designed to help standardize and automate weekly one-on-one meetings managers have with direct reports. Instead of tracking meetings via notes made in a Google Doc or Microsoft Word file, WorkPatterns creates a standardized dashboard with goal tracking and management best practices built in to better provide structure to the regular check-in between a manager and their direct reports..

“They are managing team members differently in a way that’s biased towards people that manage up really well or are really proactive,” Berke said. “But that means others are at a disadvantage.”

On Wednesday, the startup announced it raised $2.8 million in seed funding in two separate funding deals. Founders Fund led the first through its early-stage arm Pathfinders, and Javelin Venture Partners led the most recent influx of funds.

“Two years ago, there was a temptation to raise because the capital was free flowing, especially as a second-time entrepreneur, and we could do that really large seed round that looked more like a Series A, but we ultimately decided to do it in tranches,” Berke said. “We structured it as smaller rounds as we achieved milestones so as to not raise a huge round off the bat and get out over our skis.”

Back at the end of 2019, Berke and the WorkPatterns team had started to see positive customer traction and set out to finish out the seed round, Berke said. But they could not have predicted the massive overnight shift to remote work just months later, although they are taking advantage of new habits that ultimately benefit a remote management startup.

“It’s always a delicate balance when you decide to raise now or raise later,” Berke said. “You never know what’s going to happen, and sure enough that’s what happened. It was a little bit lucky and a little bit strategic.” 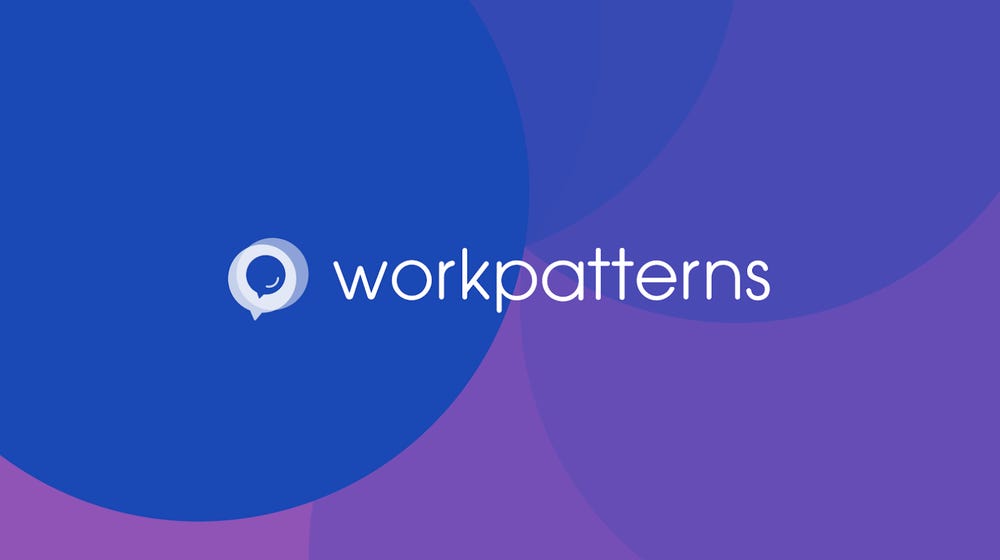 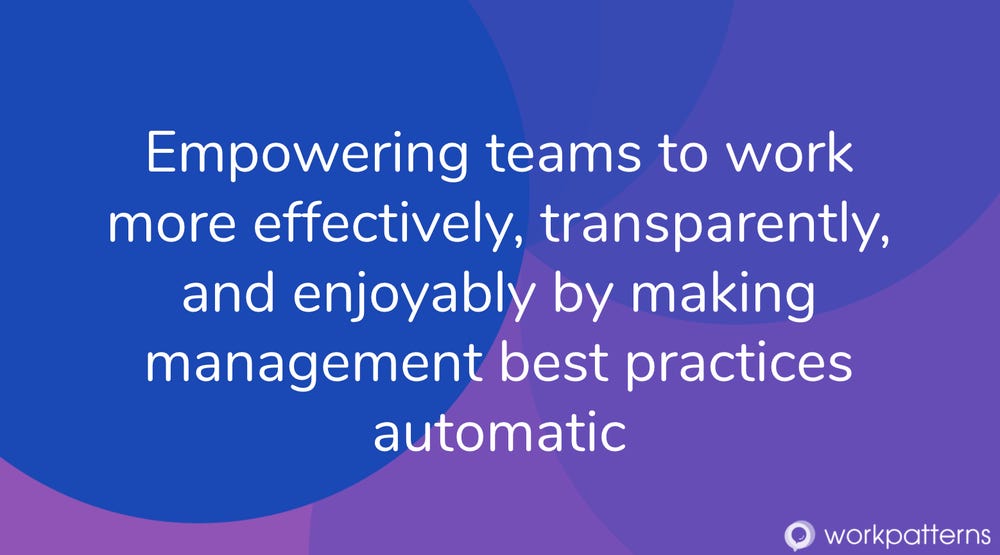 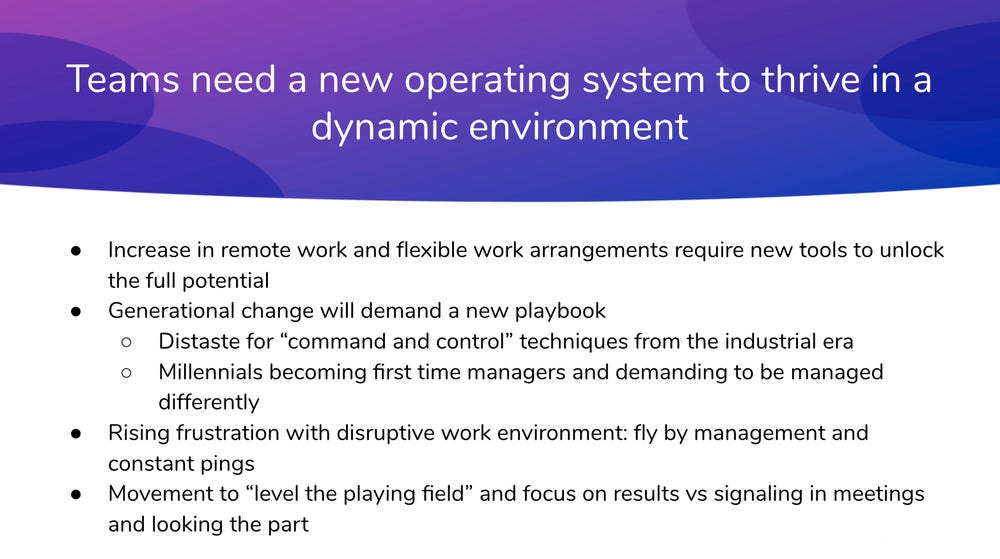 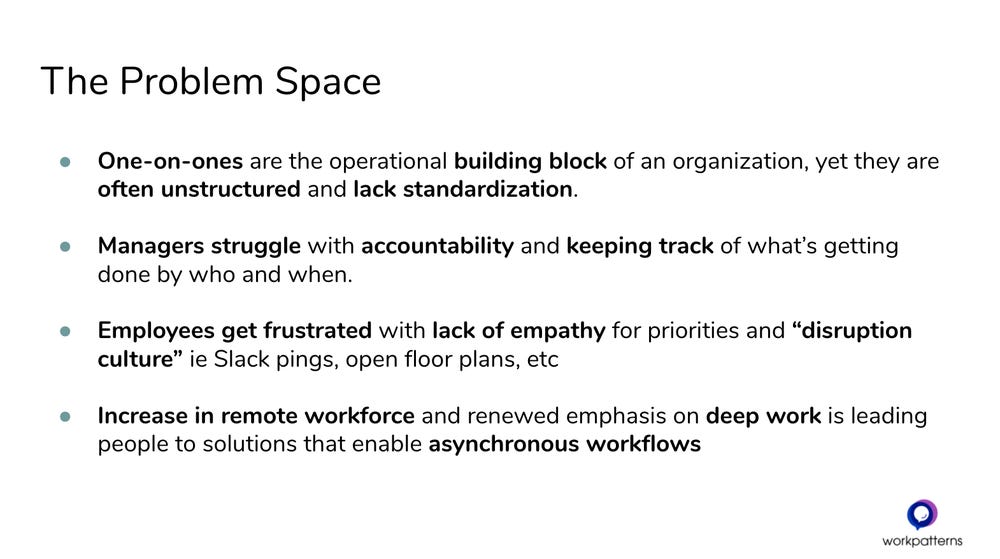 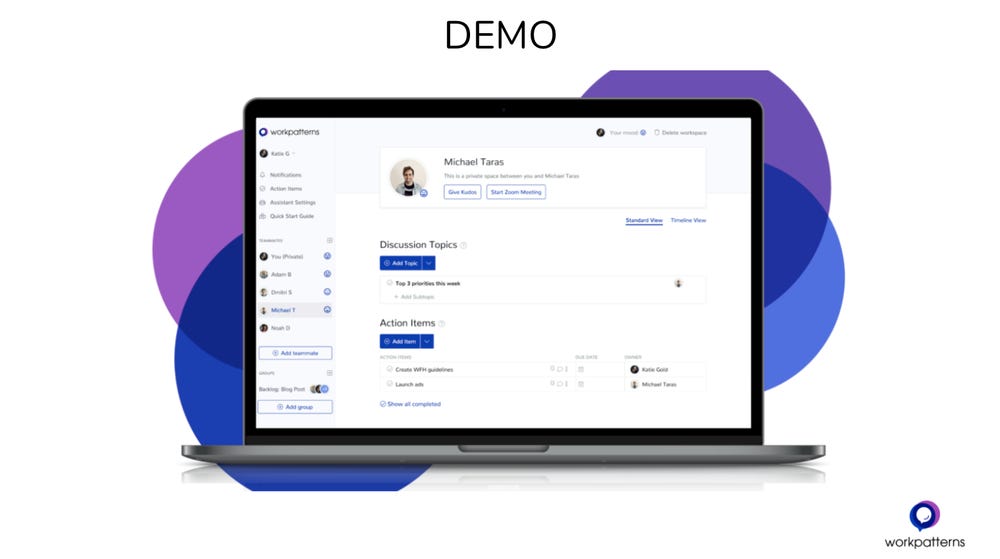 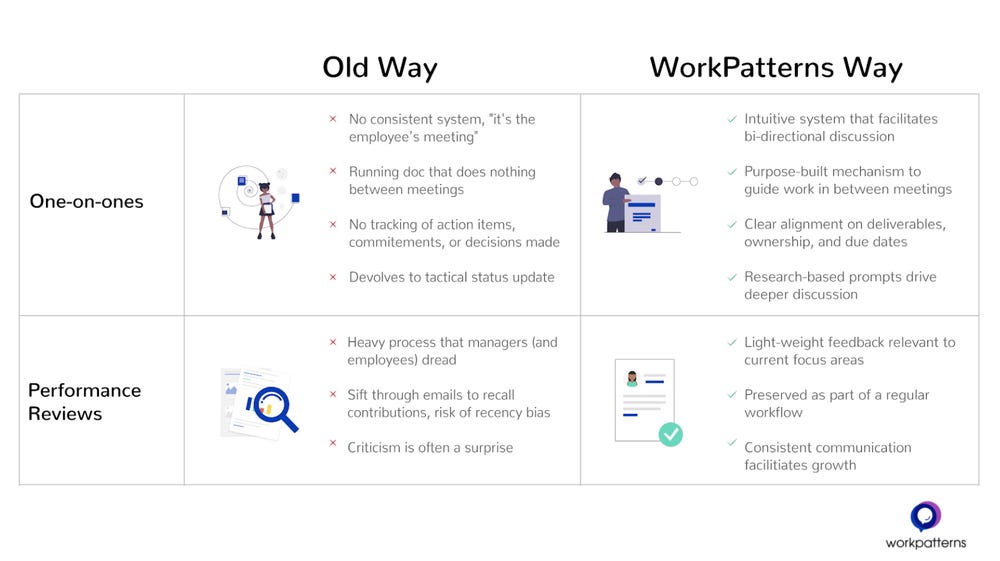 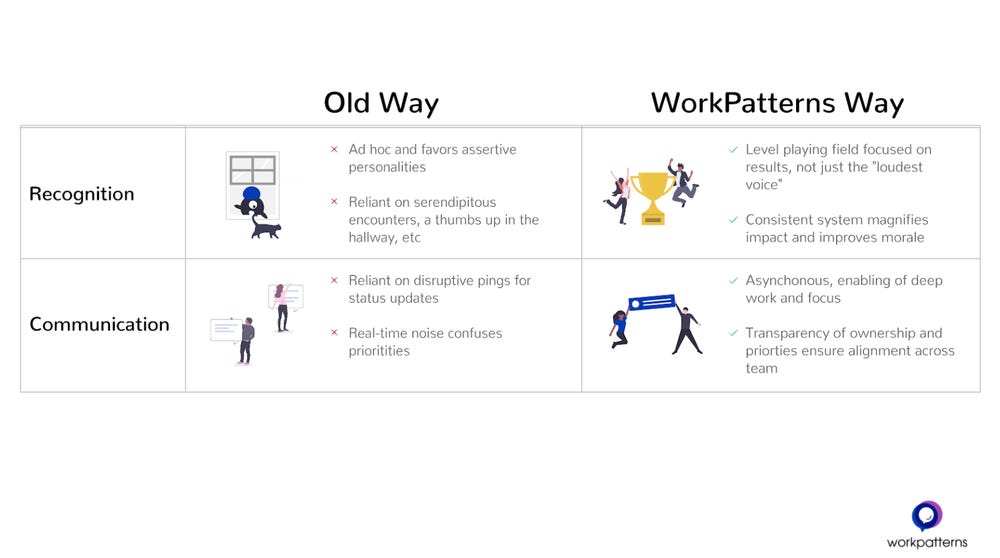 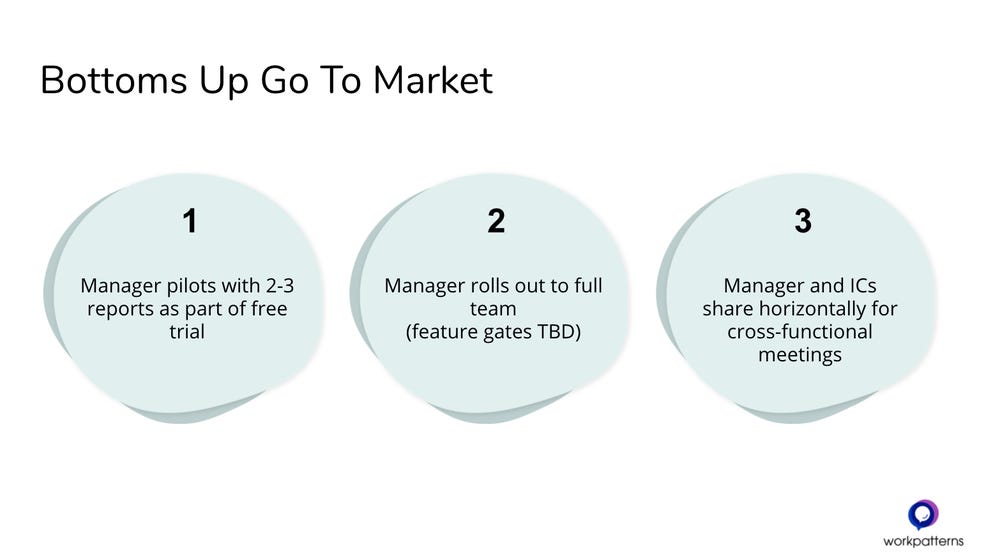 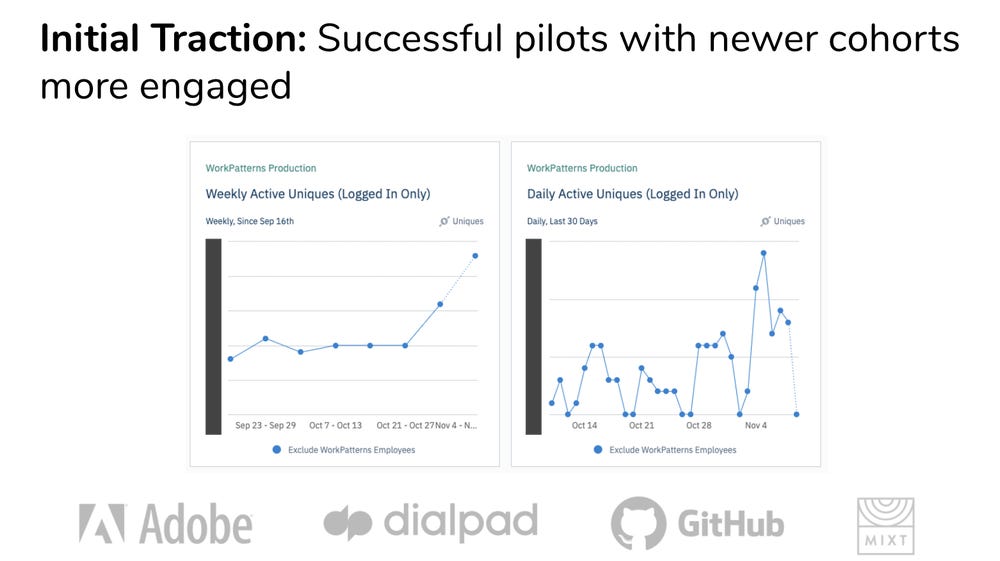 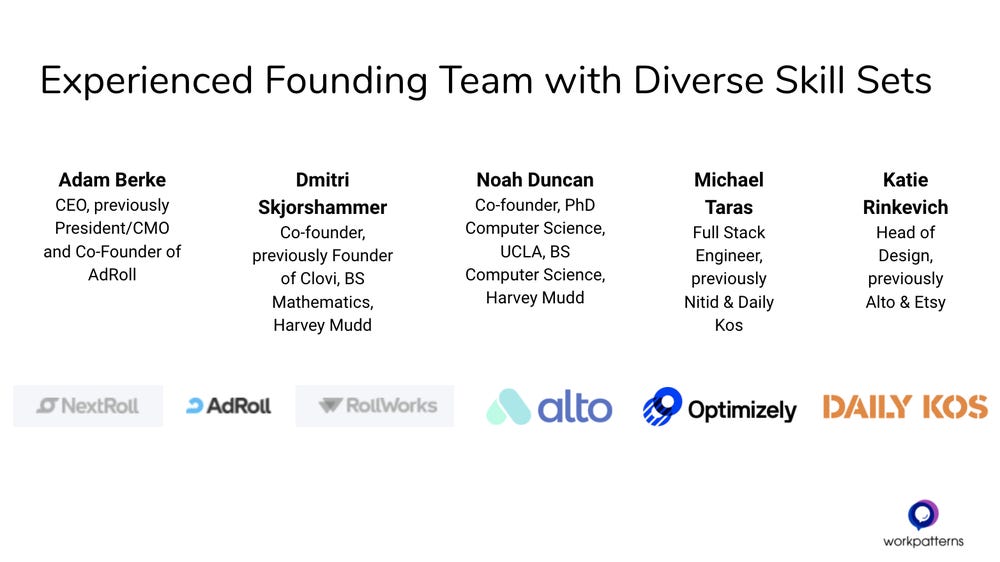