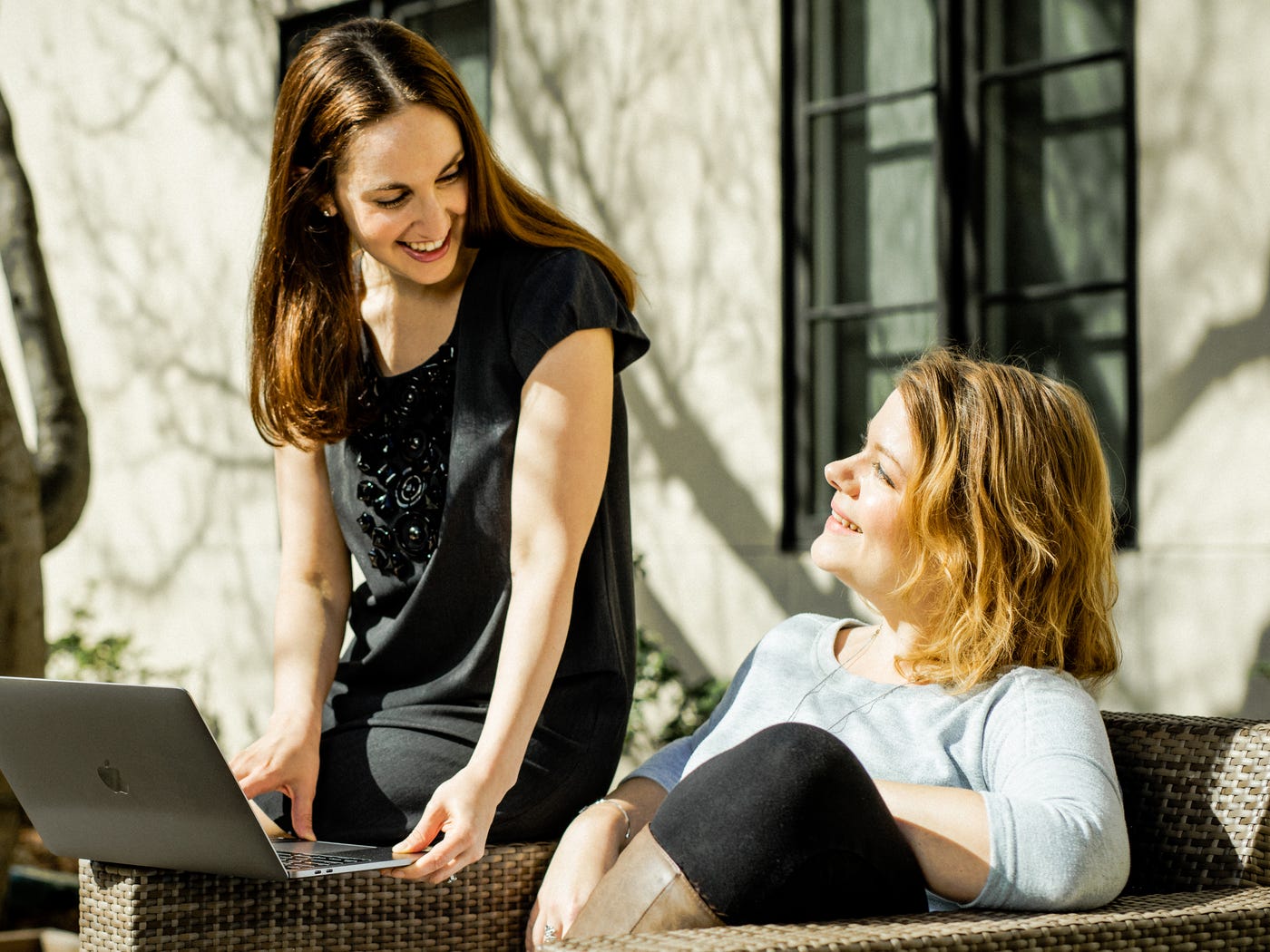 As more millennials have kids and try to balance work and parenting, they’re facing a challenge that hasn’t been solved by Silicon Valley’s tech giants: how to find safe and affordable childcare.

When Sara Mauskopf and Anne Halsall – two ex-Googlers who met while working on the product team at Postmates – exchanged stories of their difficulties finding reliable childcare as new moms, they knew it was a problem they had to solve.

Their solution was Winnie, an online, centralized marketplace that connects parents with certified childcare providers. The pair told Business Insider in a recent interview that although some companies have made childcare listings a part of their offering, Winnie was the first when it started back in 2015 to entirely focus on helping parents find licensed daycare and preschool providers near them.

The childcare market, they said, was fragmented and the best option available for parents was often a simple Google search.

“Parents were left feeling like they don’t have as many options as they do because over half of the providers are not listed online. Parents think that there’s just not childcare for them,” Mauskopf said. “We see moms especially dropping out of the workforce at very high numbers because of this and people paying a lot more than they have to to get into a big, popular center that they found on Google.”

To date, Winnie has 150,000 childcare providers listed on its site and hopes, over time, to have every licensed provider in the country. Right now the founders say they’re focused on user growth over profits, but they say they’ve seen success charging parents for early access to new openings, as well as offering the childcare providers preferred placement on its site for a fee.

Read more: Here are the pitch decks that helped hot startups raise millions In April 2018, Winnie raised a $4 million seed round led by Reach Capital to help fund its ambitious vision for the future of childcare. In total, the San Francisco-based team of 10 has raised $6.5 million.

Mauskopf and Halsall say their fundraising secret is in their storytelling.

“We’re both very data-oriented people, and our initial deck was very focused on graphs and numbers and traction. And that actually made the conversations a lot harder,” Halsall said.

“After our first few pitches, we restructured the deck to be more aspirational about where we were going. Anyone who wants to talk about data, it’s in the appendix. But what mattered was that we were in alignment [with investors] – this is a big problem, this is a big market, there’s no good solution today, and this is a really big opportunity for the first company that gets there.”

Here’s the pitch deck that helped Winnie raise its latest $4 million seed round: 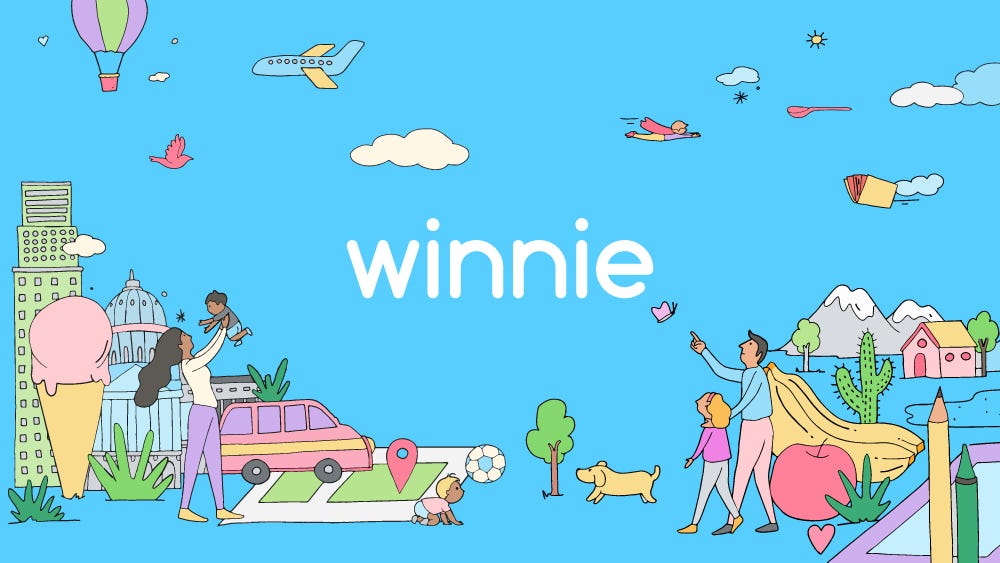 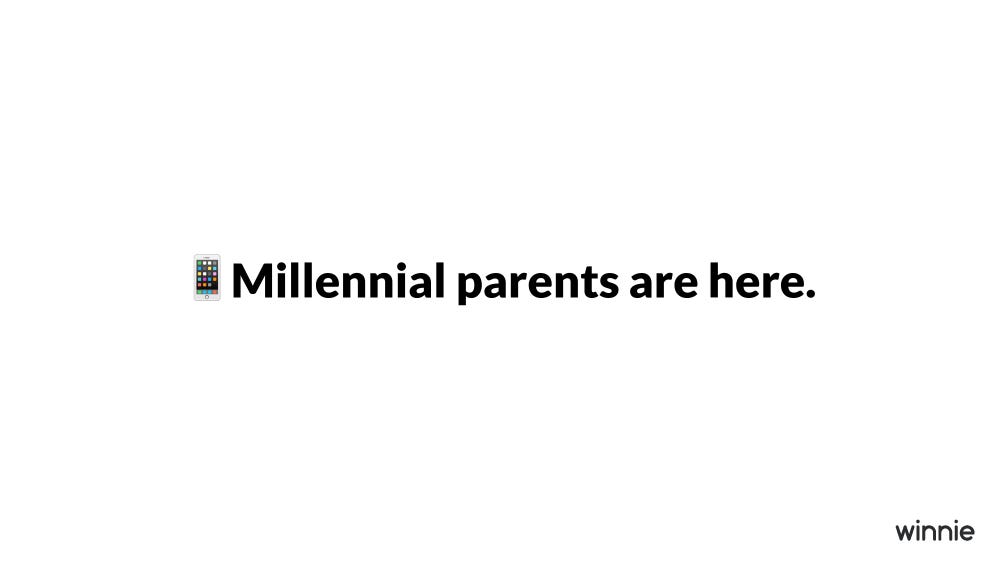 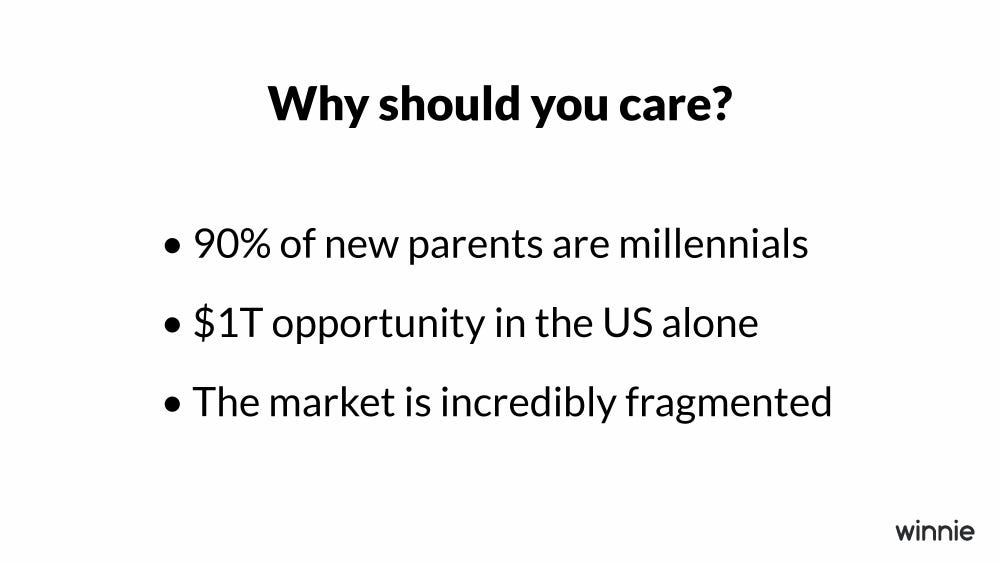 Great example of minimal text but clear explanation of the Problem. 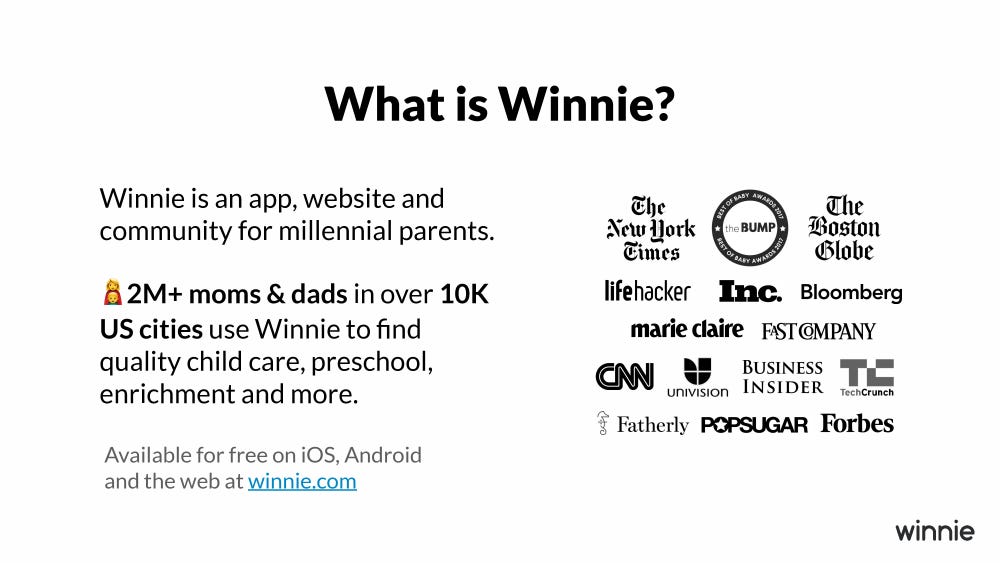 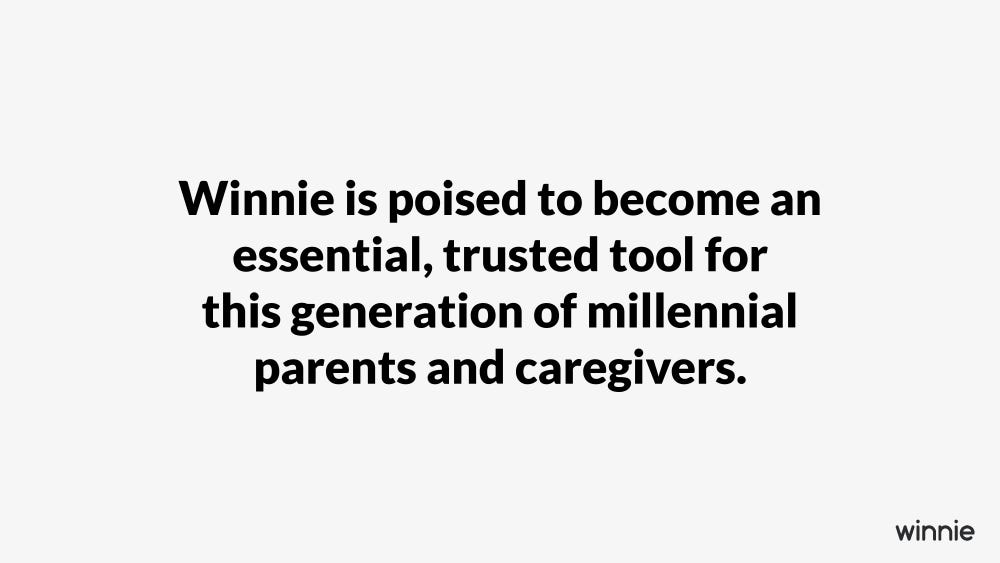 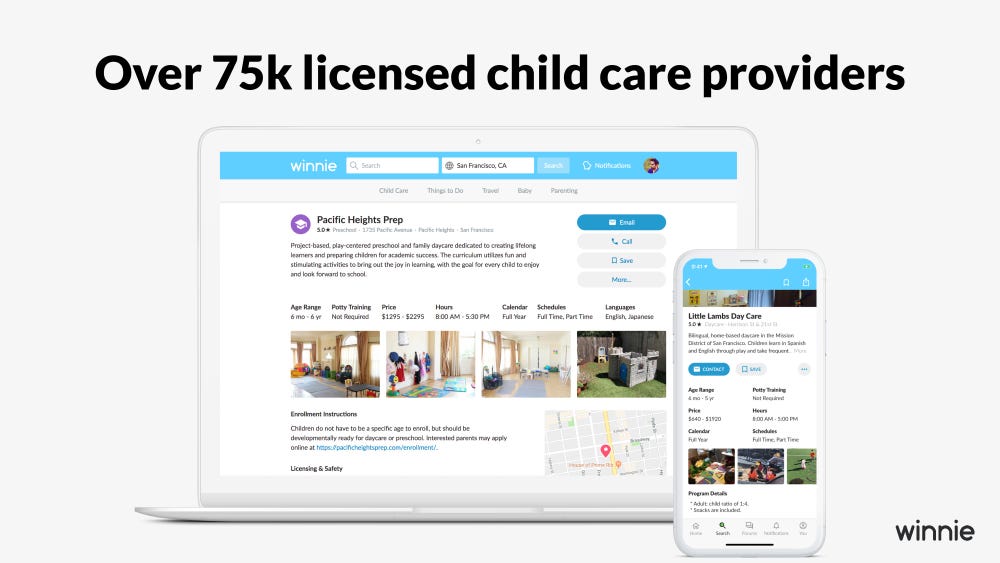 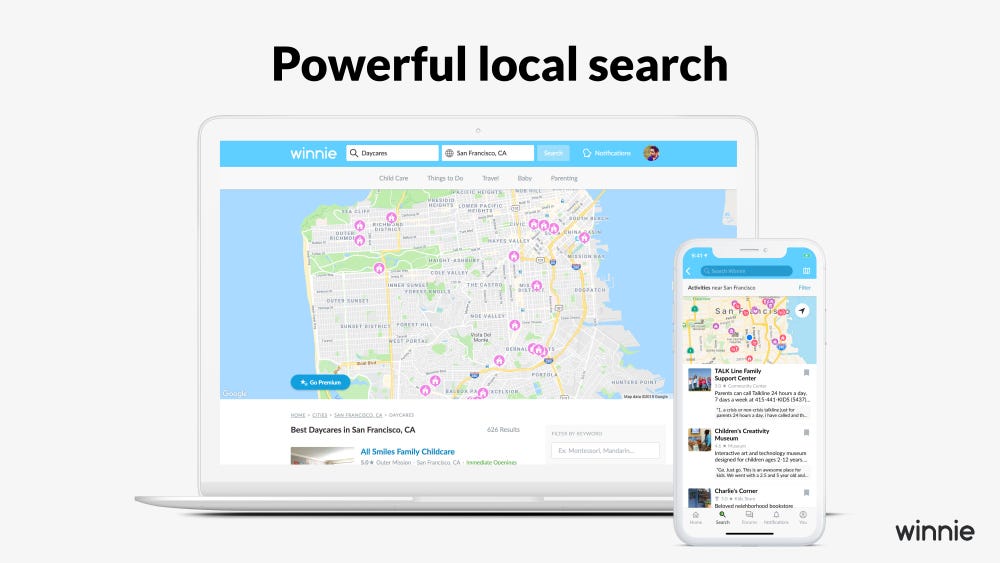 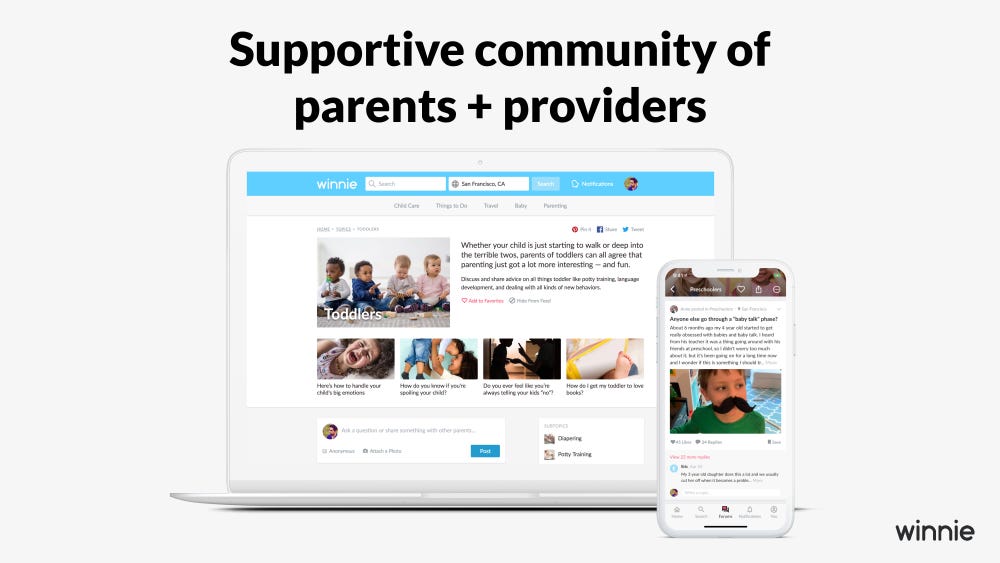 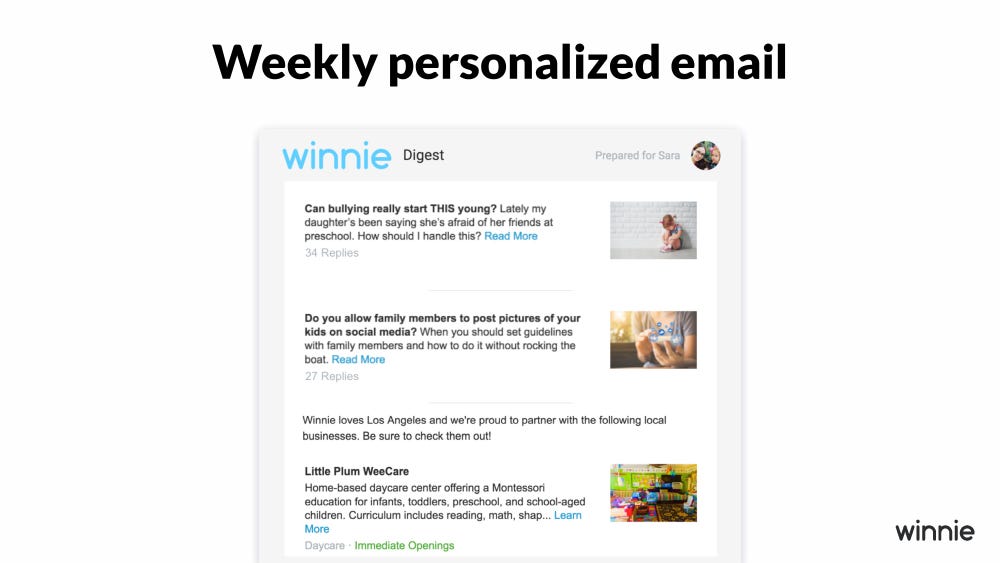 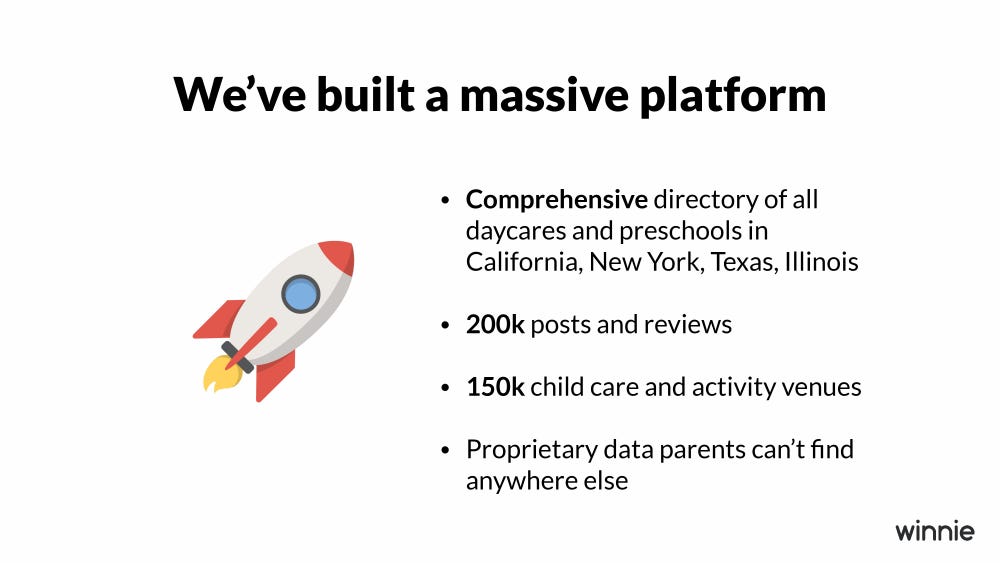 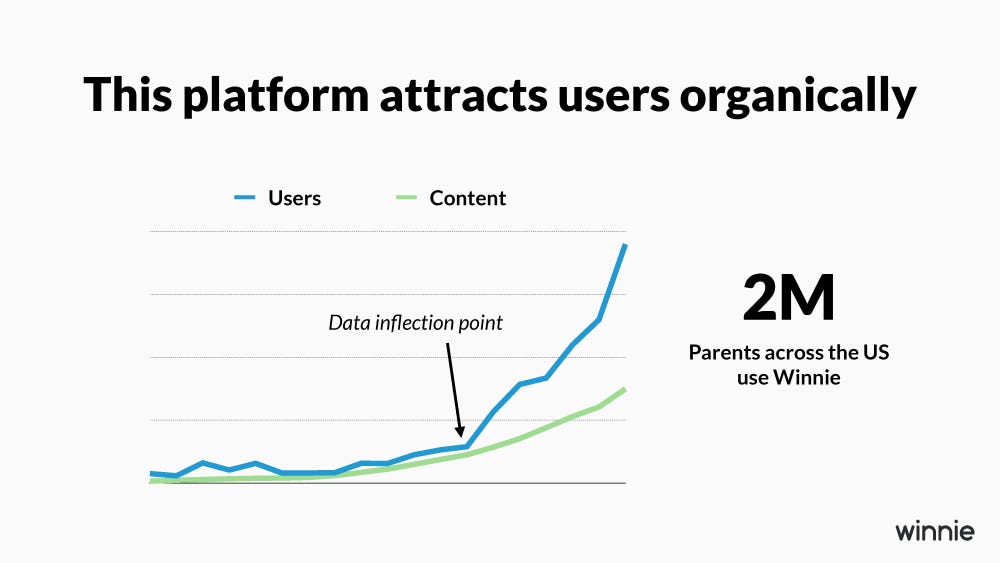 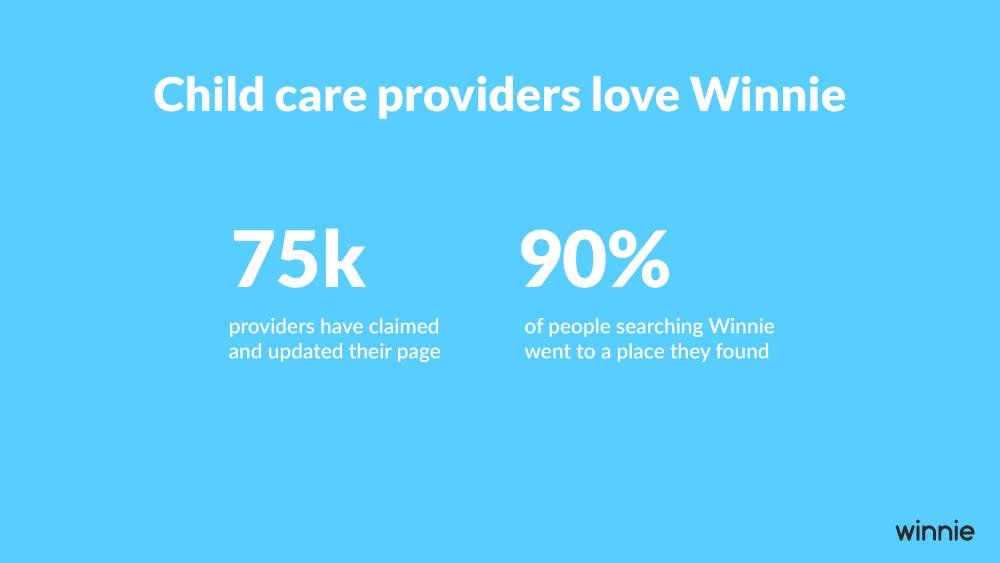 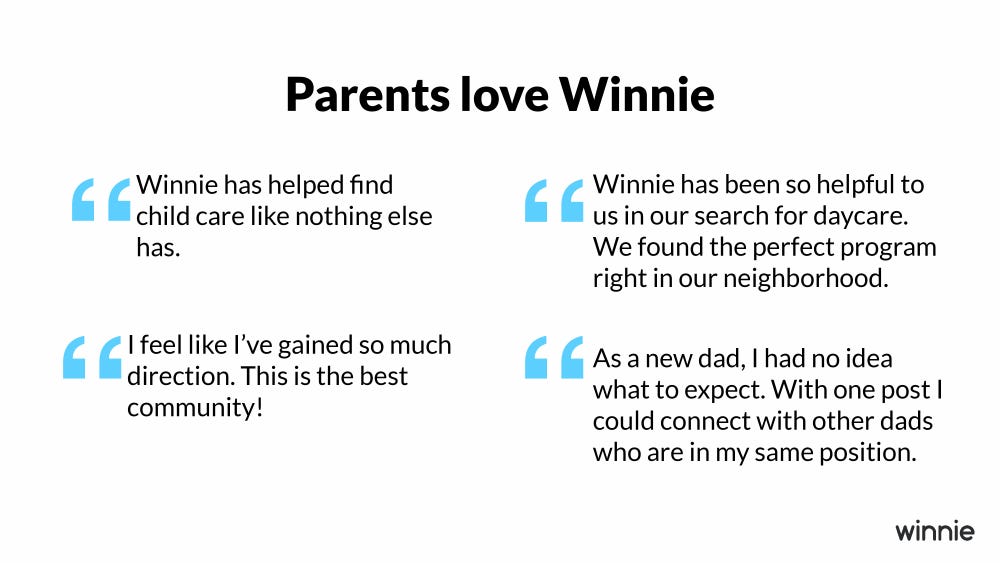 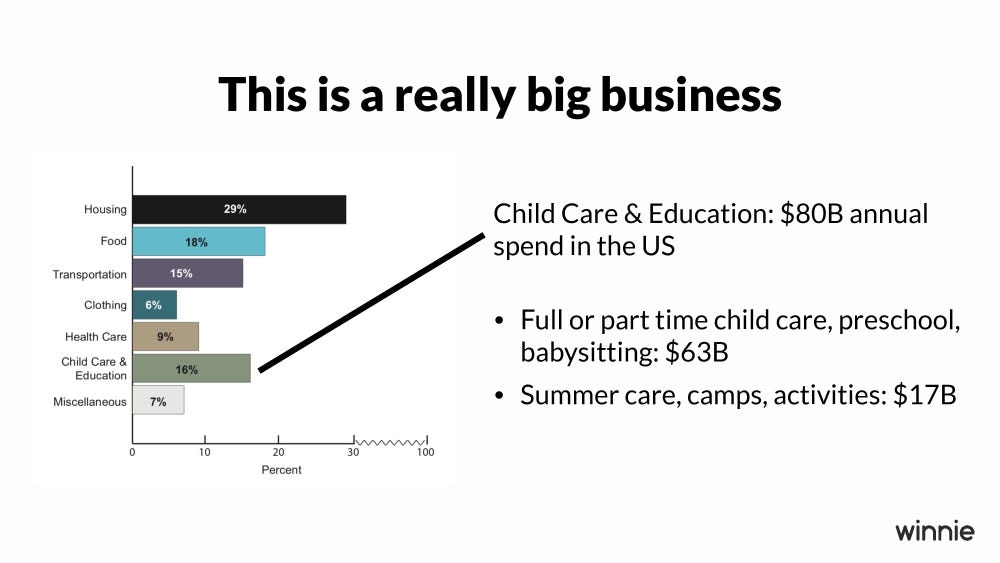 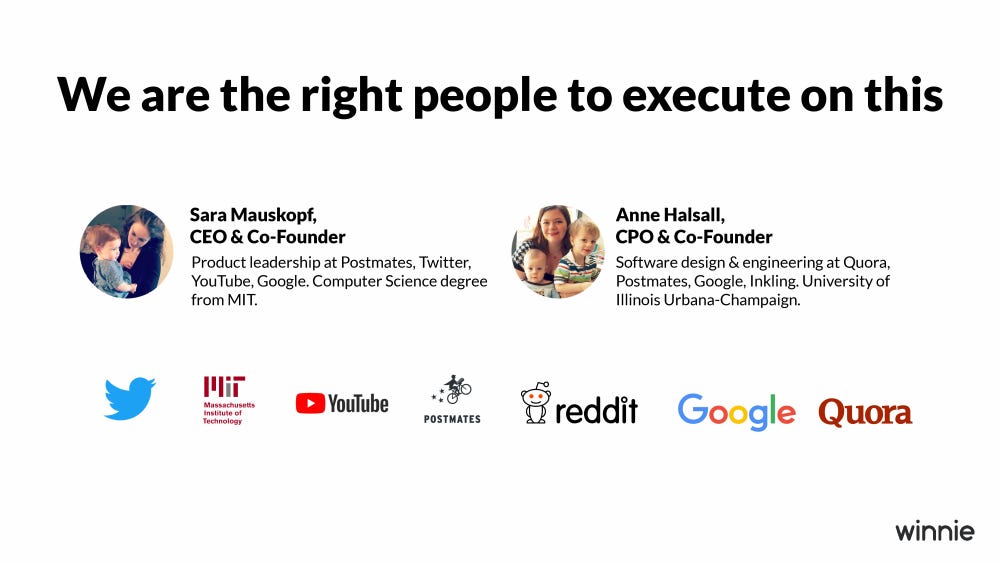 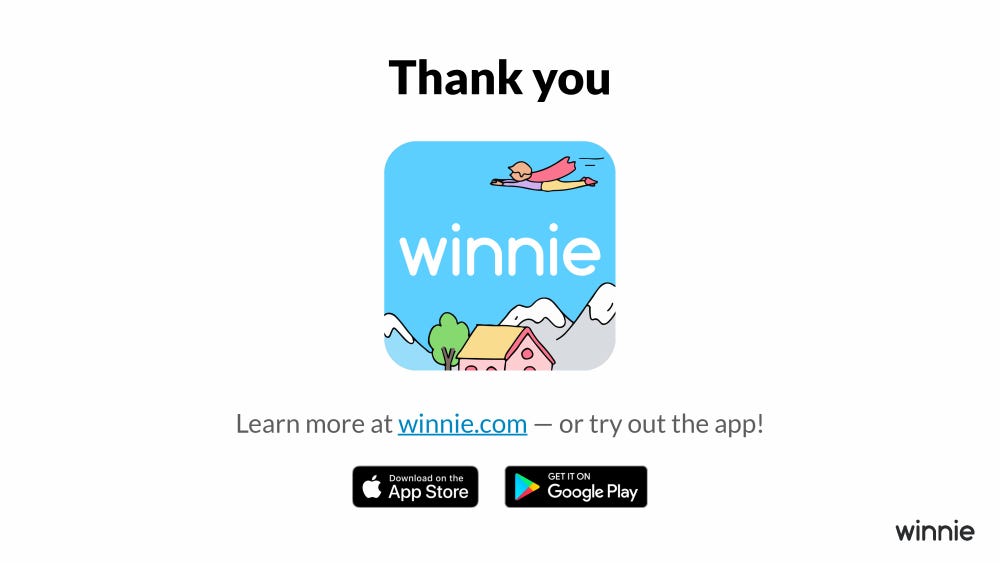