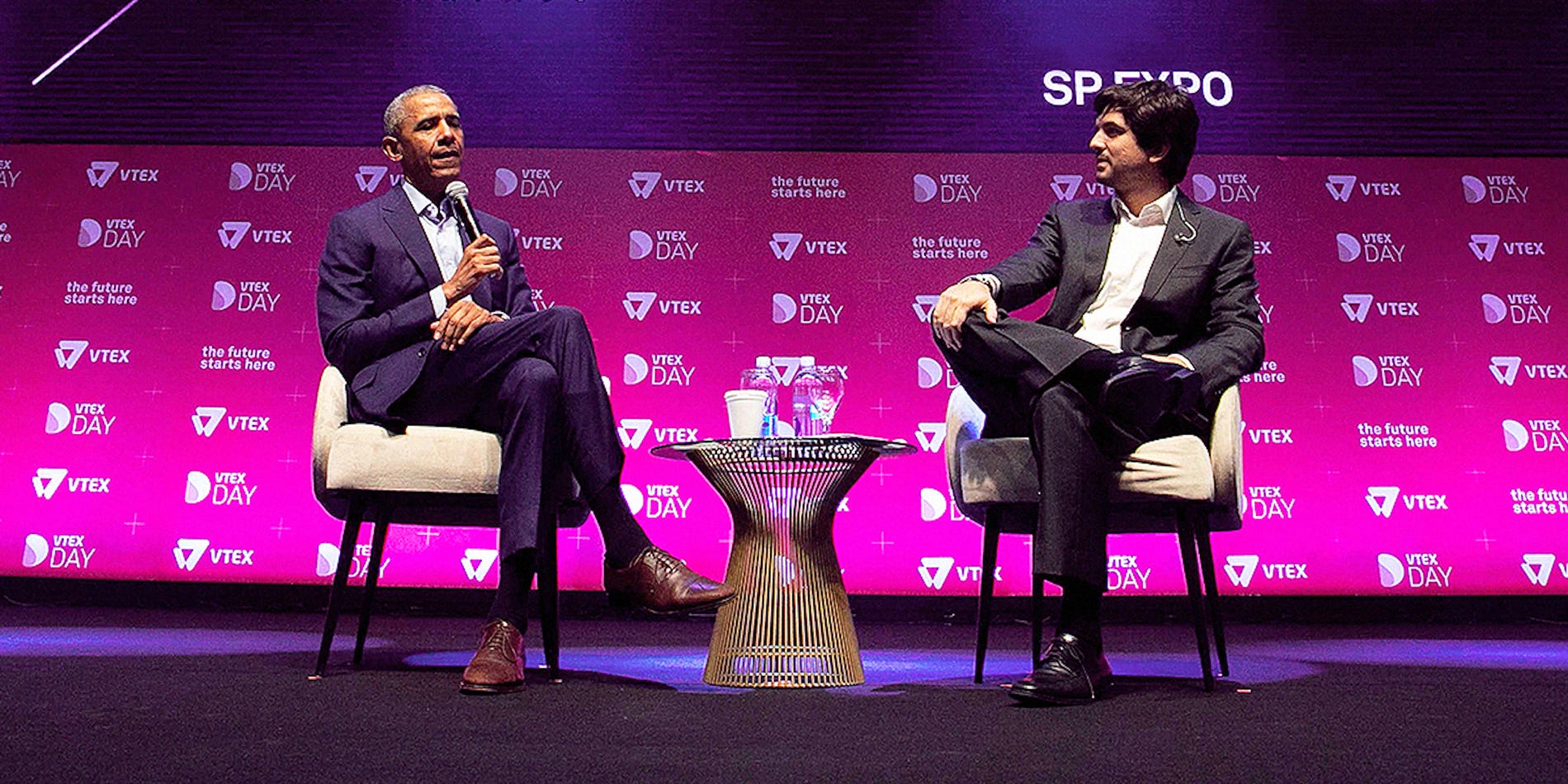 Two Brazilian entrepreneurs spent years shunning external funding as they grew their business before deciding to take on SoftBank cash in a bid to take the company to the next level.

The company, which counts brands including Coca-Cola and Walmart among its clients, provides back-end e-commerce software. The firm wants to expand its operations deeper into the US and Europe.

Founded in 1999, VTEX has generally avoided taking big capital. “I think it’s a big mistake from entrepreneurs to think of a big funding round as an end goal,” VTEX co-CEO Mariano Gomide told Business Insider in an interview. “We were allergic to investment until we found the best way to apply that money wisely to scale, and now we have our playbook for growth.”

The company met with SoftBank, famous for its $100 billion Vision Fund, which drove growth at Uber and WeWork, 14 months ago after Gomide and his co-CEO, Geraldo Thomaz, were fishing in Mexico and decided to ramp up operations.

The draw of SoftBank was the fact that the company’s Latin America fund was built out by entrepreneurs who understood the VTEX founders’ desire to keep control of the company while scaling. VTEX met with some 50 investors, Gomide says, before settling on SoftBank at a “good” valuation with plans to go public in place in the next three to four years.

The firm wants to build out its artificial-intelligence offering, up its research-and-development spend, and expand internationally. Despite being headquartered in London, VTEX does not have a large UK presence and will launch in Britain in the first quarter of next year, Gomide says.

Earlier this year, VTEX purchased UniteU, an e-commerce platform based in the US. The company has bought numerous businesses in the past 10 years as it looks to gain greater reach and experience in specific markets. Gomide indicated that while this strategy would continue, it would be not be a use of the new funds.

“VTEX has three attributes that we believe will fuel the company’s success: a strong team culture, a best-in-class product, and entrepreneurs with profitability mindset,” said Paulo Passoni, a managing investment partner at SoftBank’s Latin America fund. “Brands and retailers want reliability and the ability to test their own innovations. VTEX offers both, filling a gap in the market. With VTEX, companies get access to a proven, cloud-native platform with the flexibility to test add-ons in the same data layer.”

You can see the (redacted) pitch deck that secured VTEX $140 million of funding here: 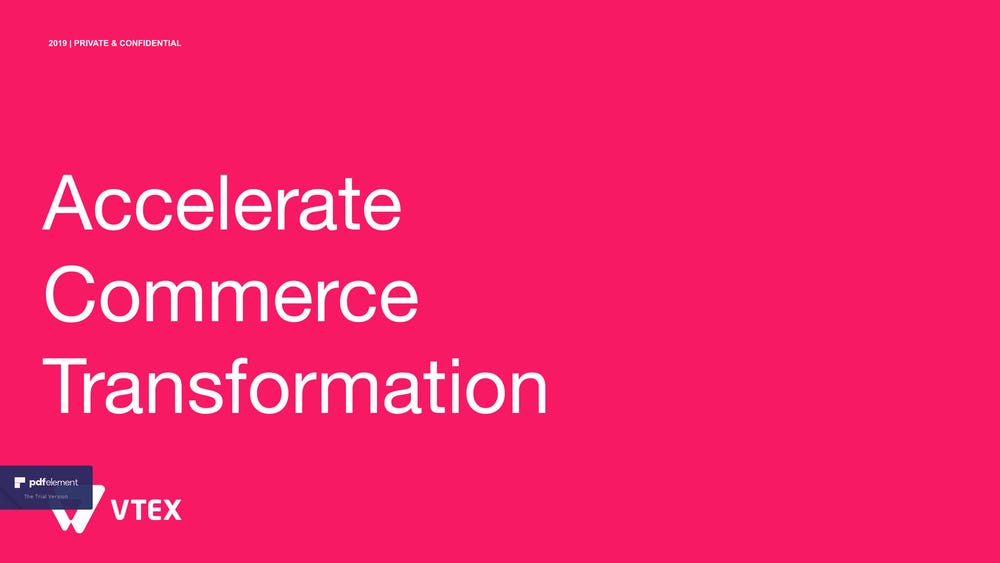 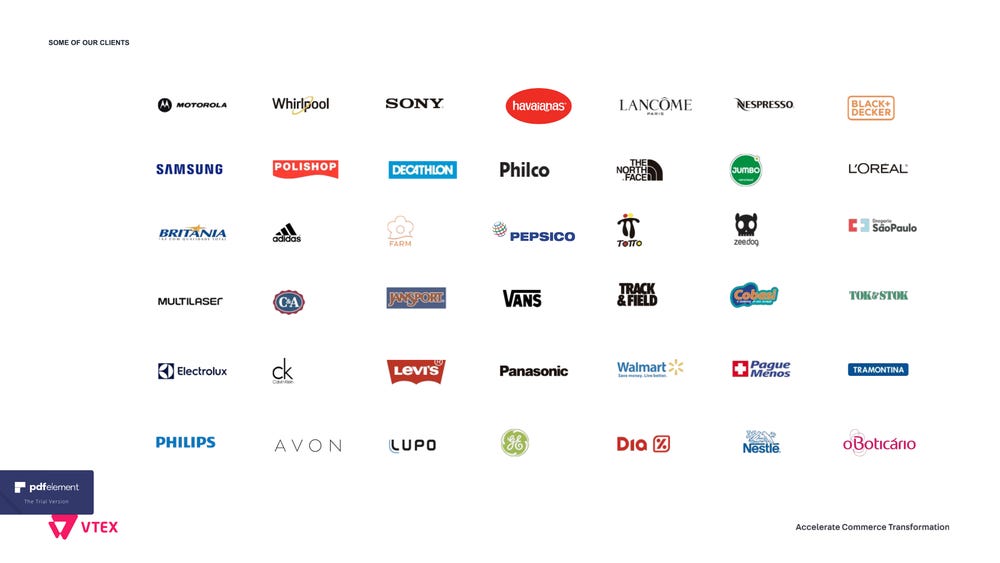 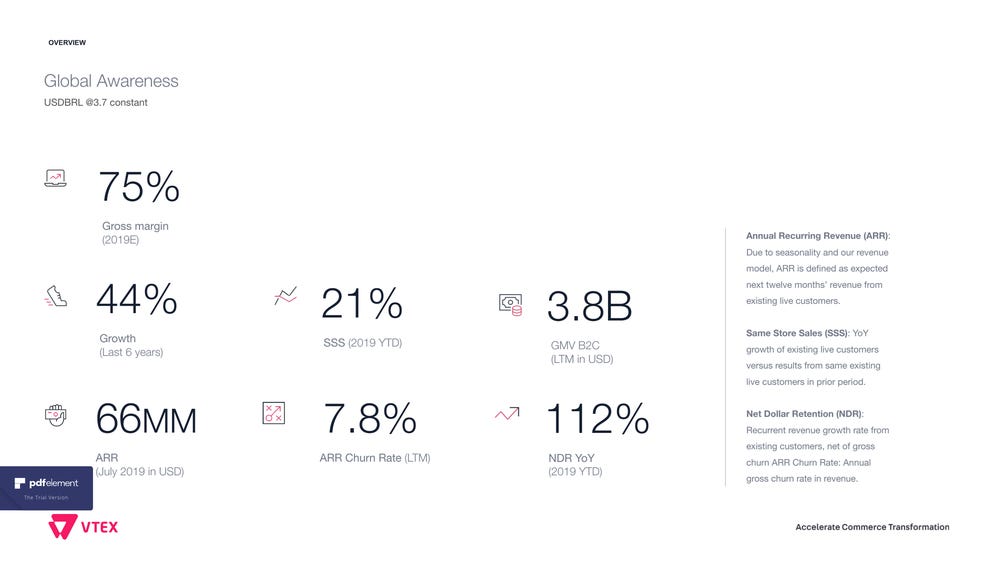 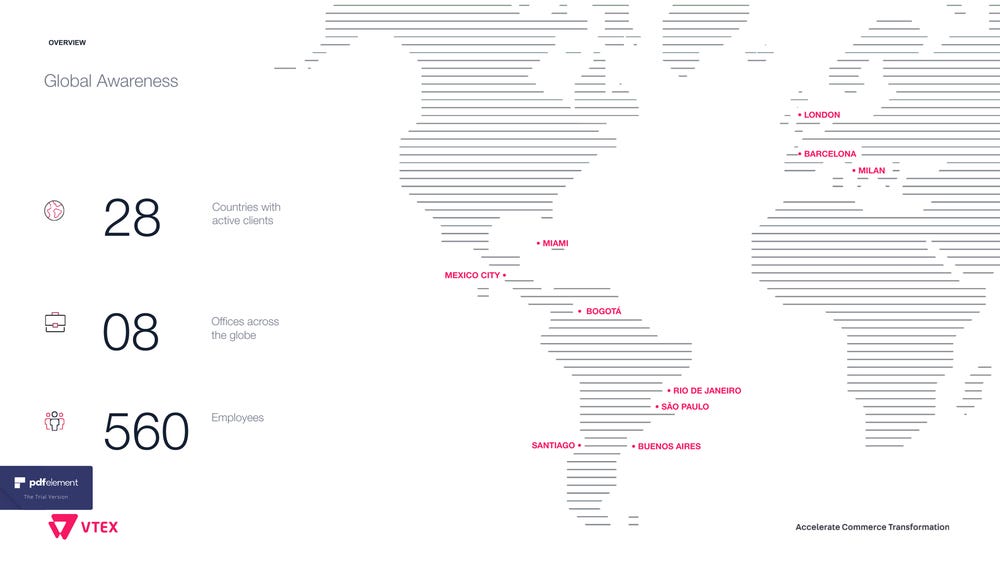 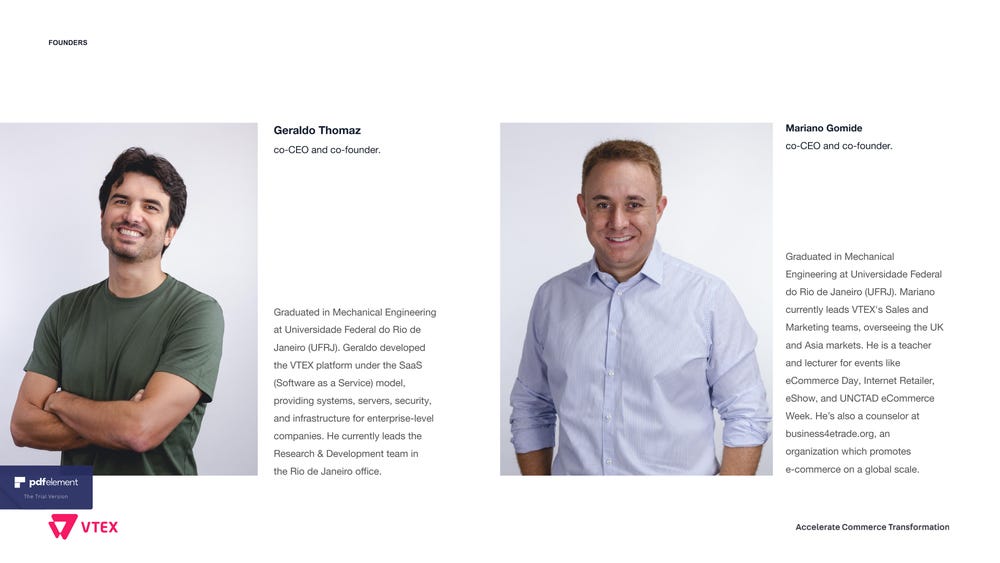 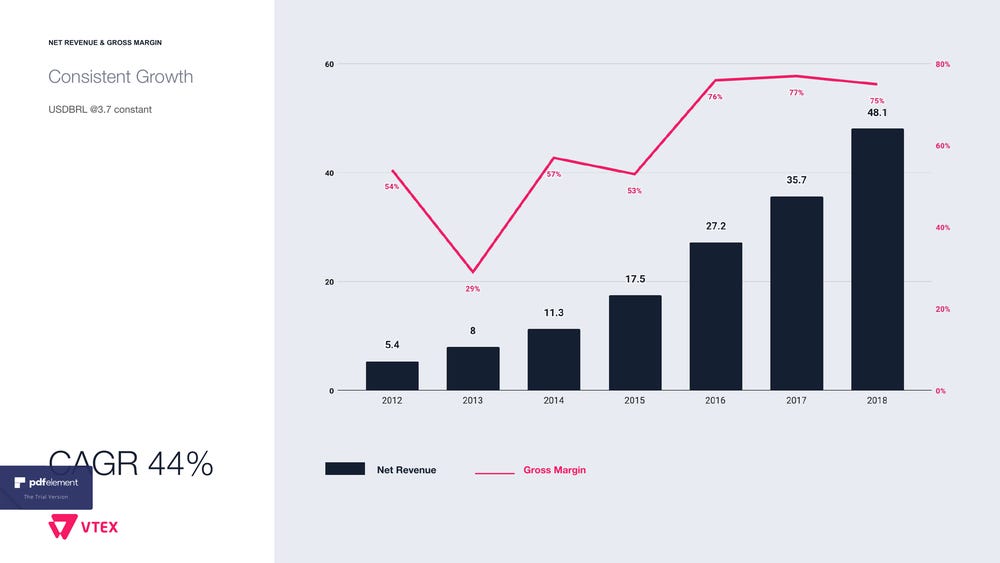 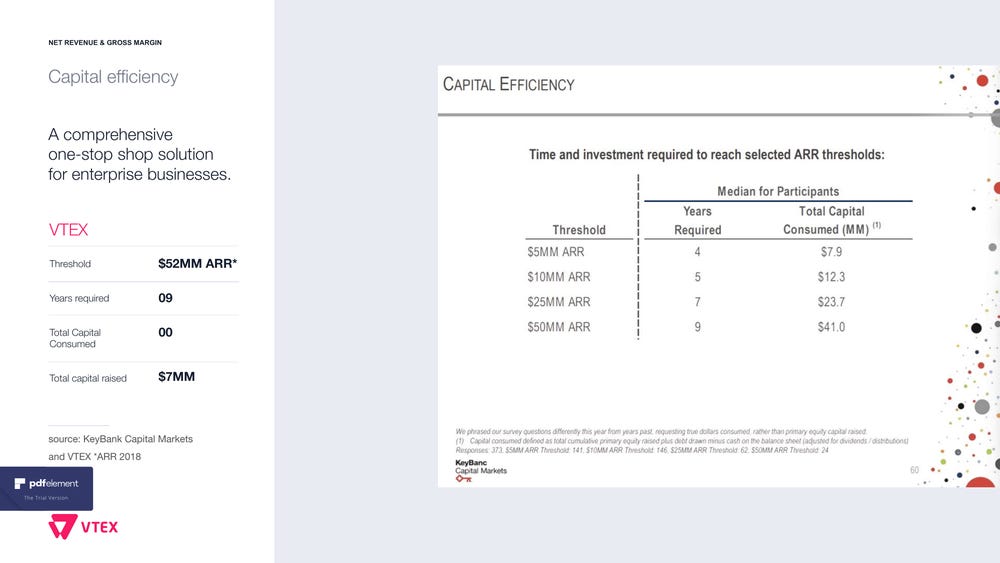 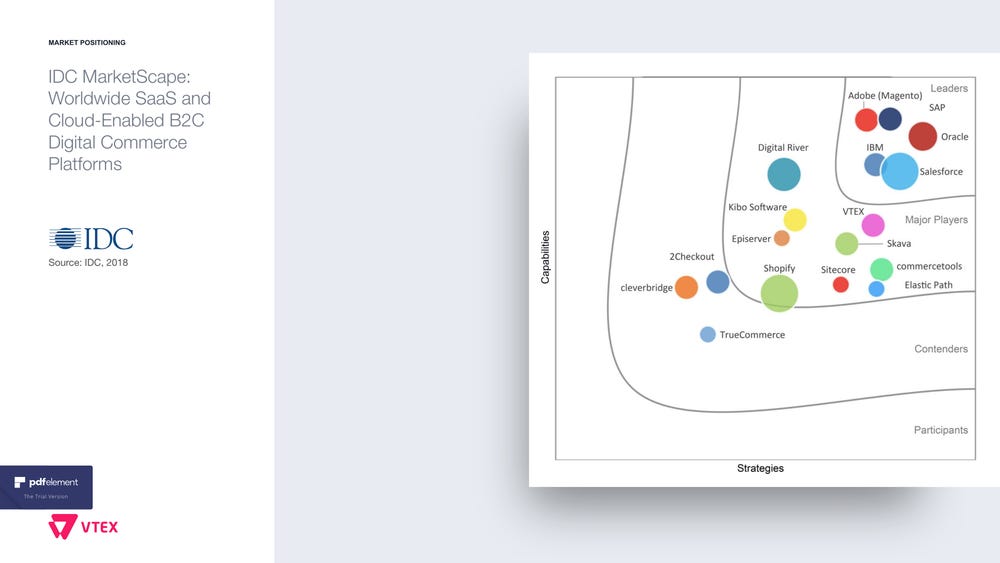 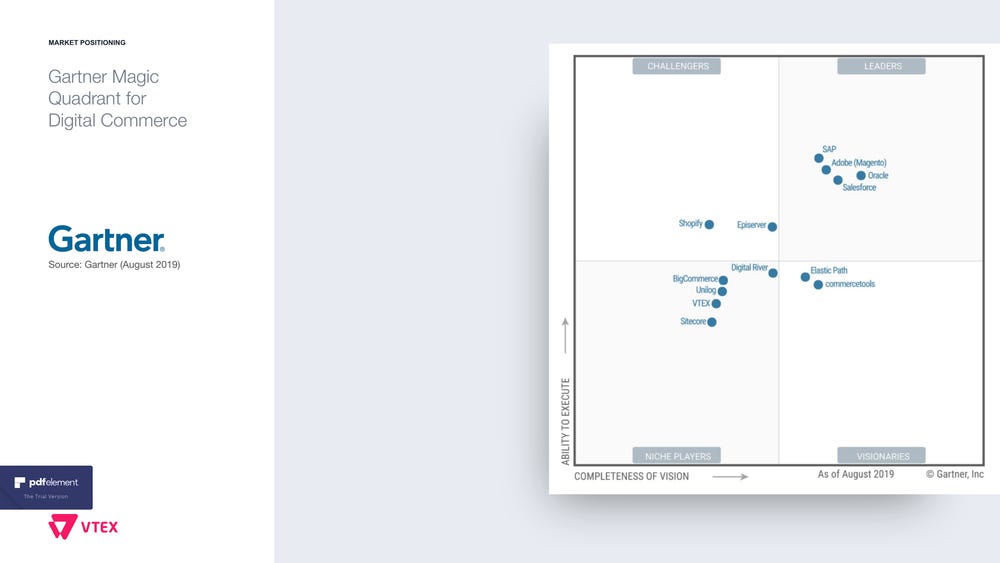 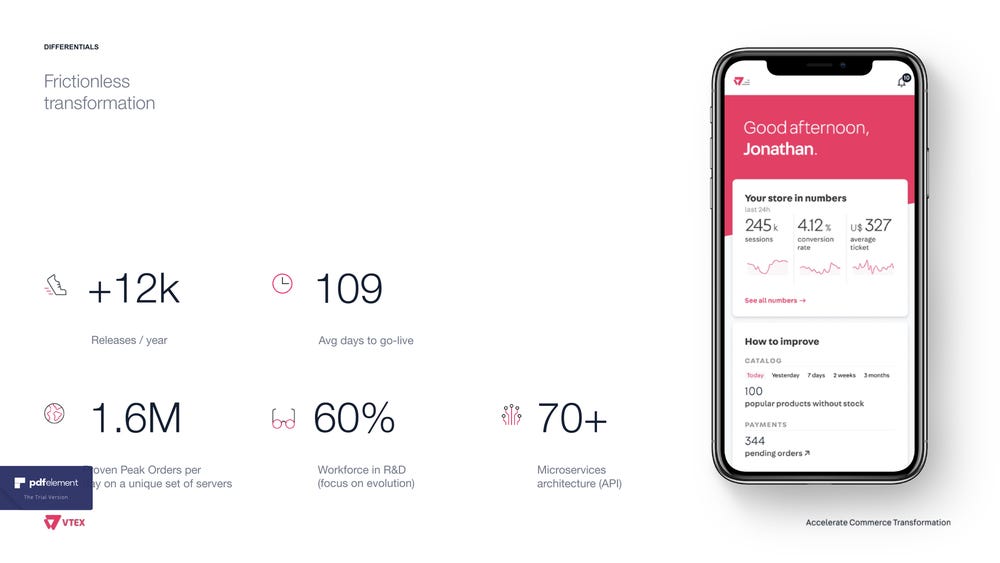 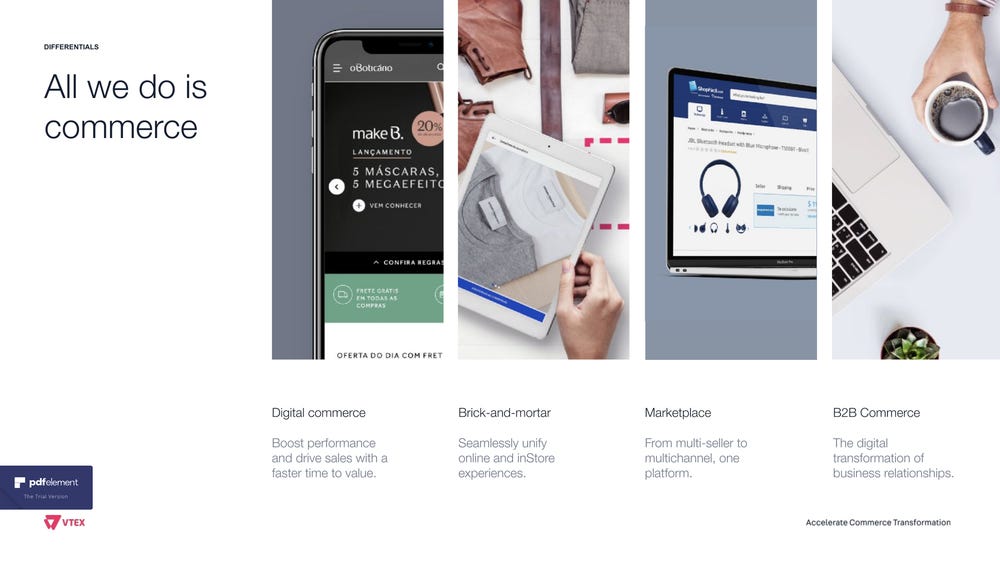 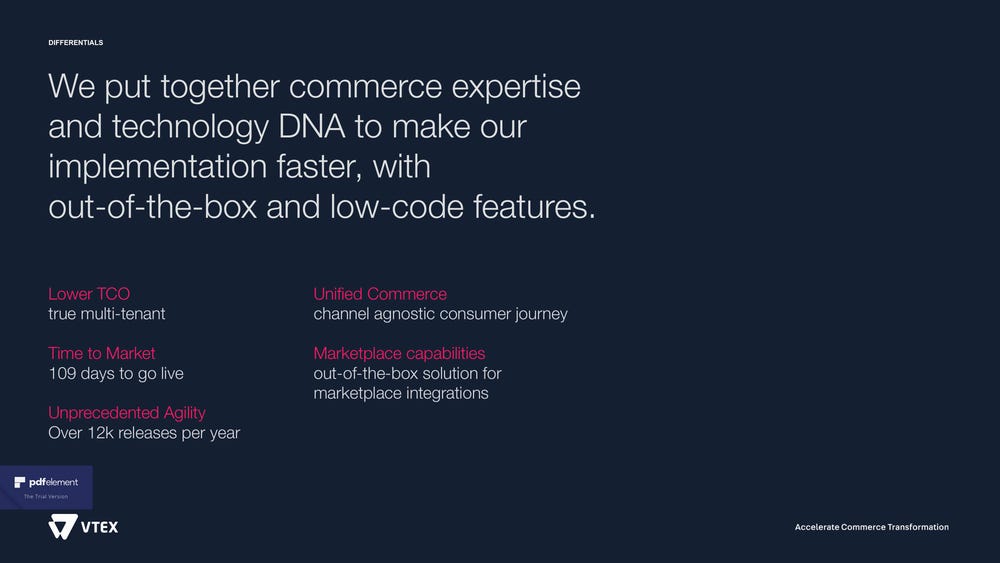 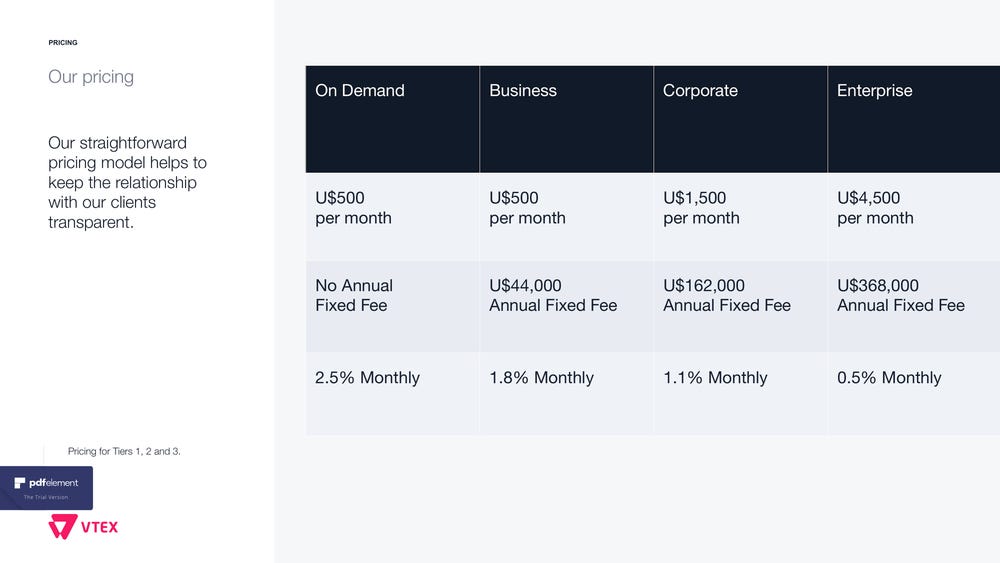 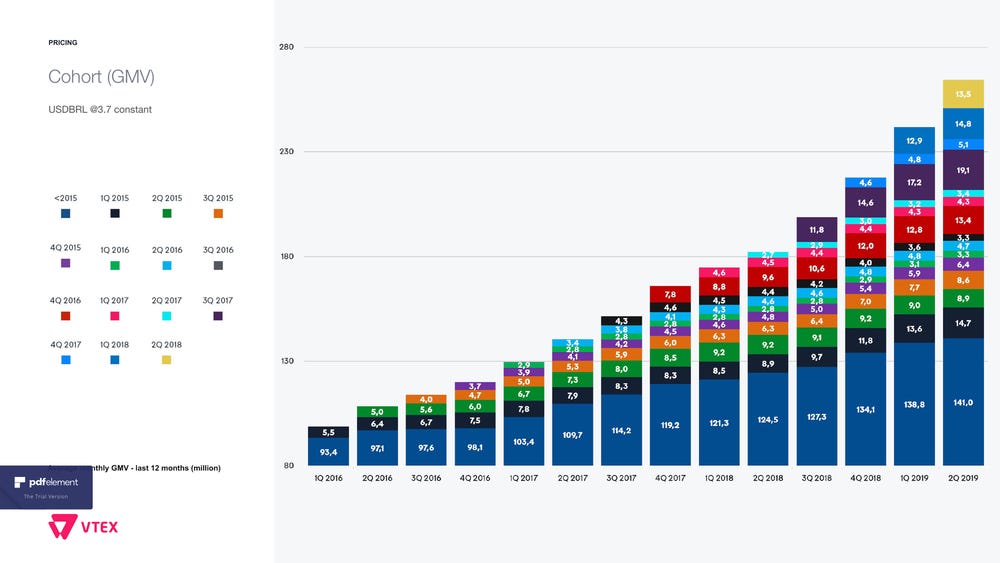 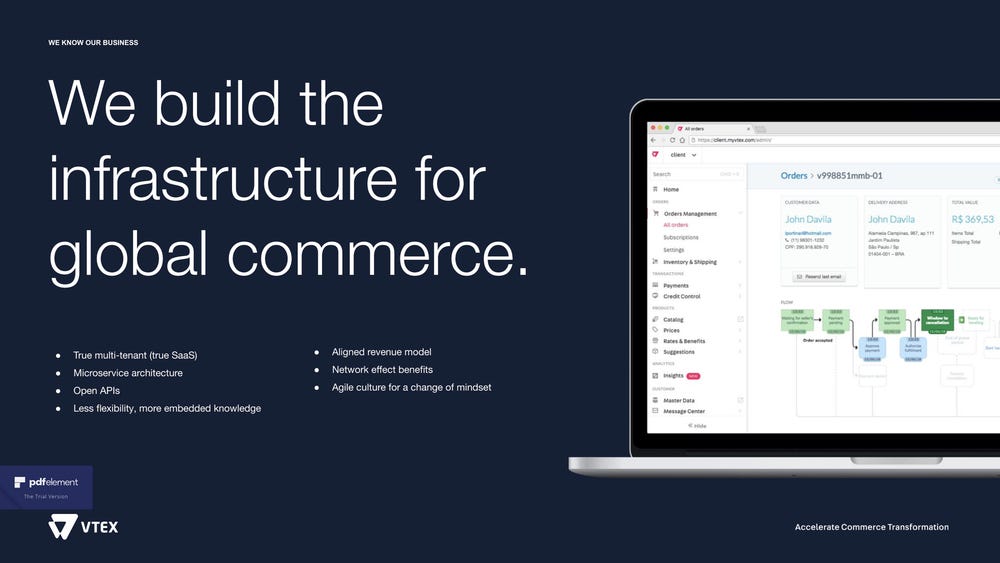 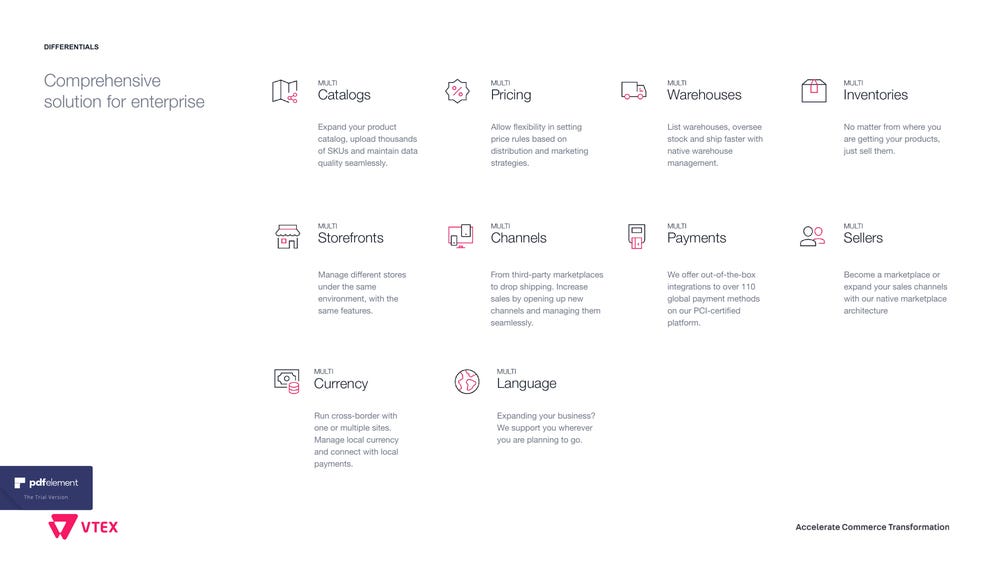 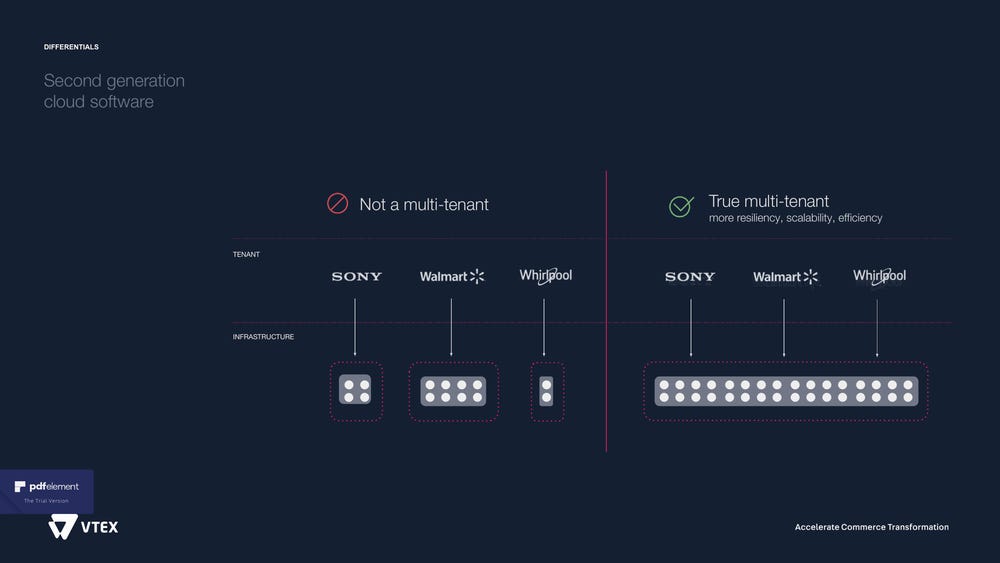 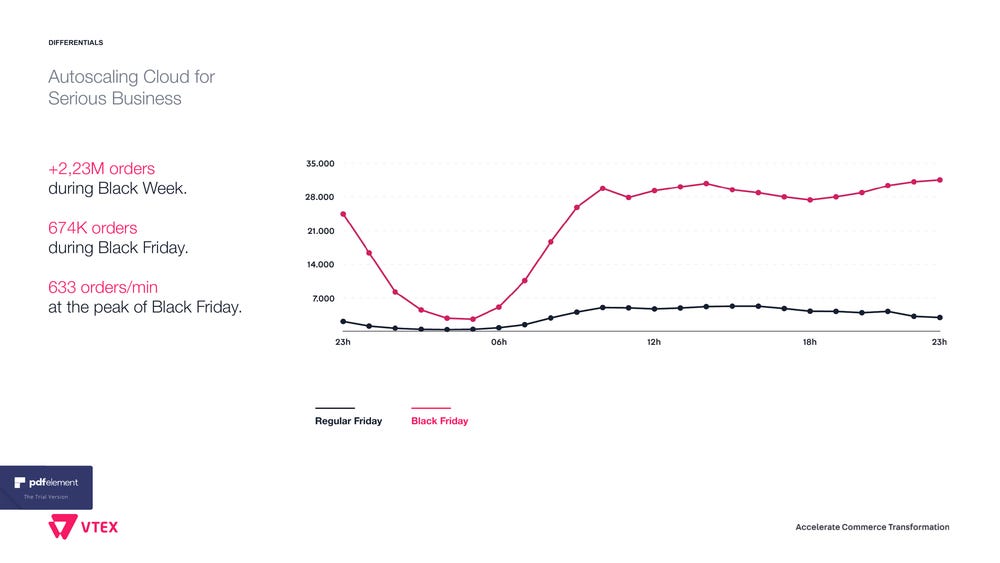 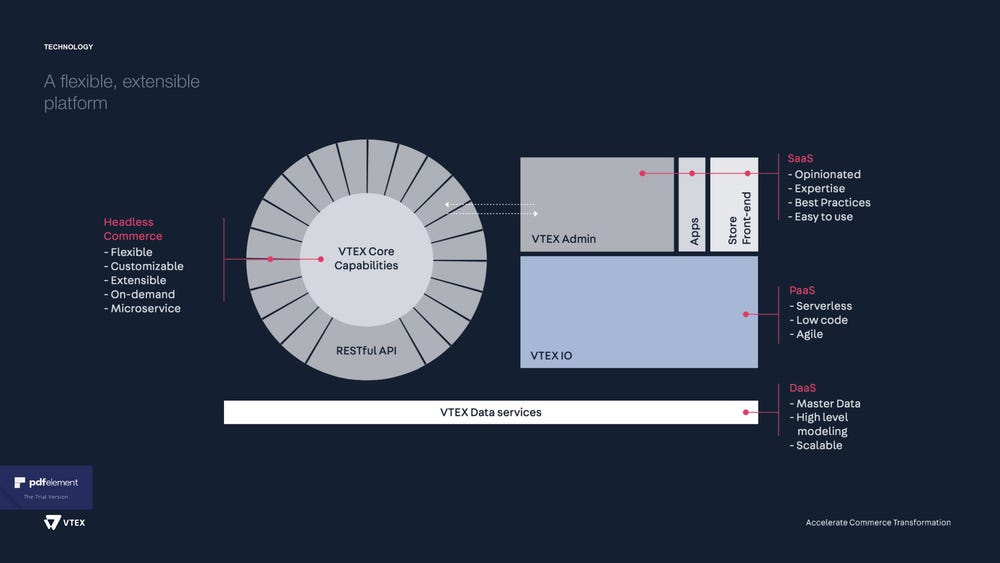 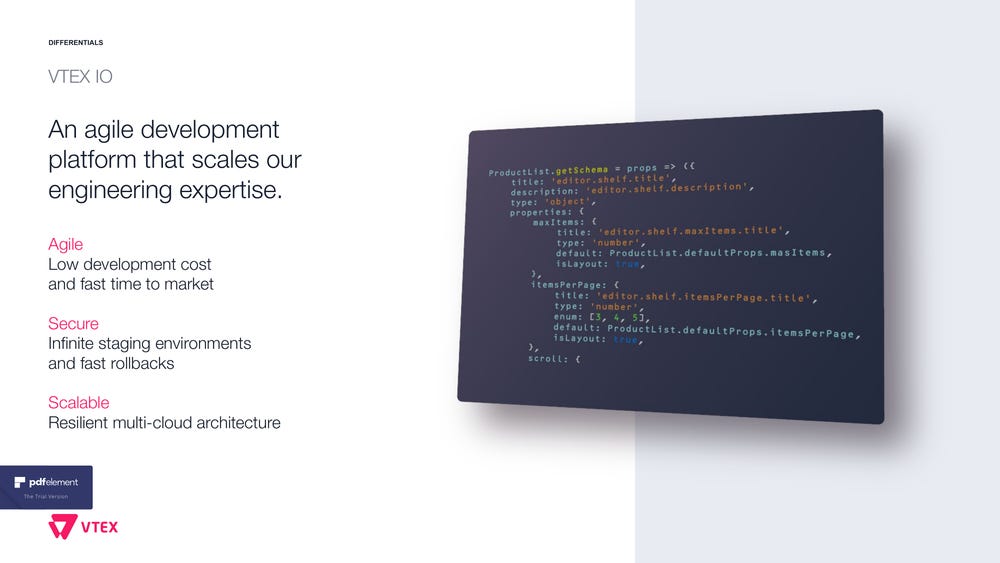 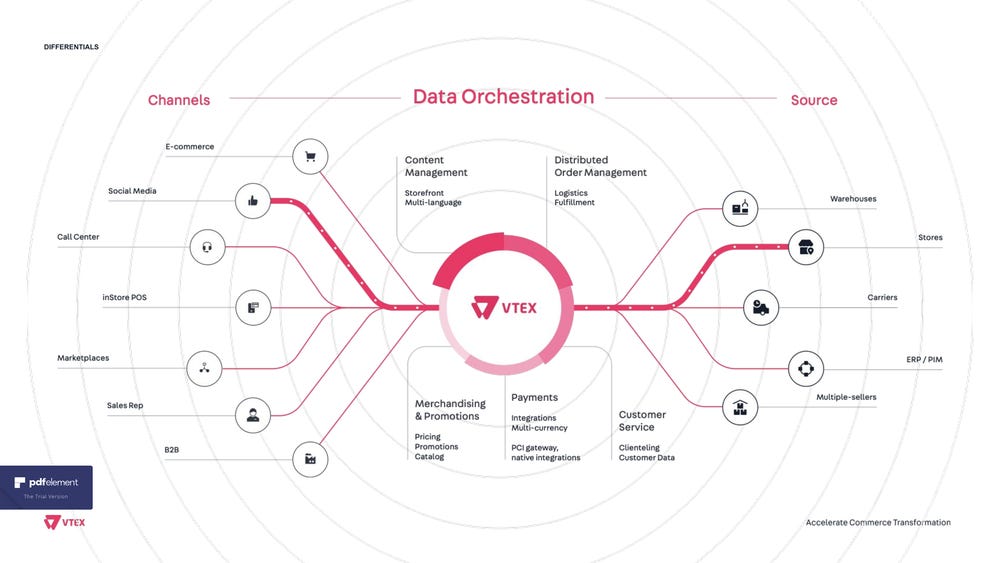 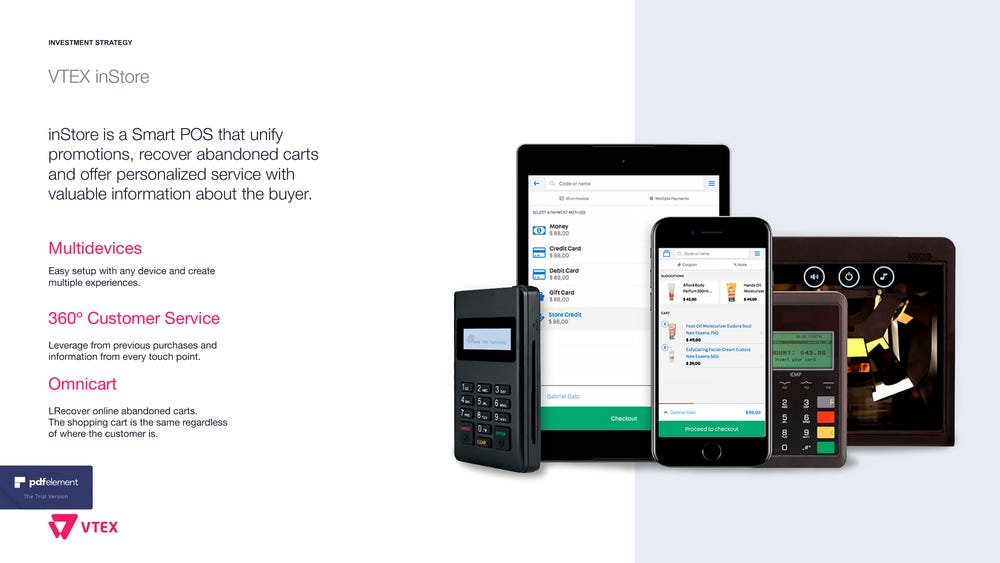 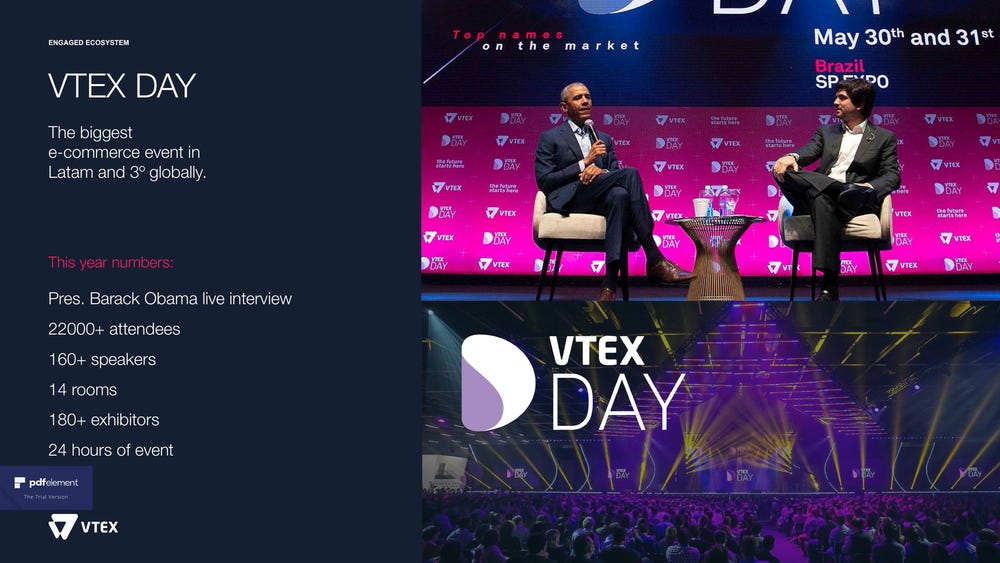 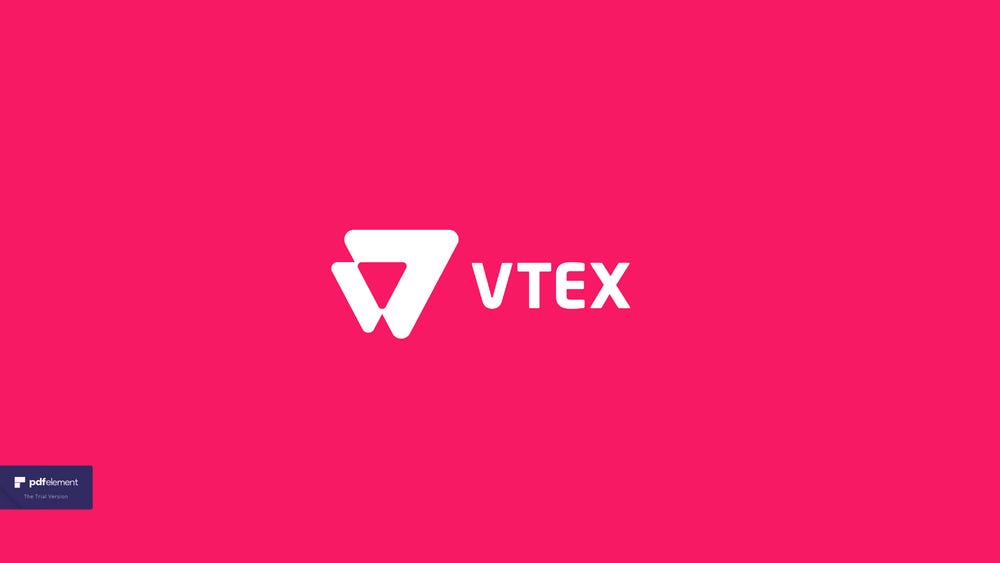