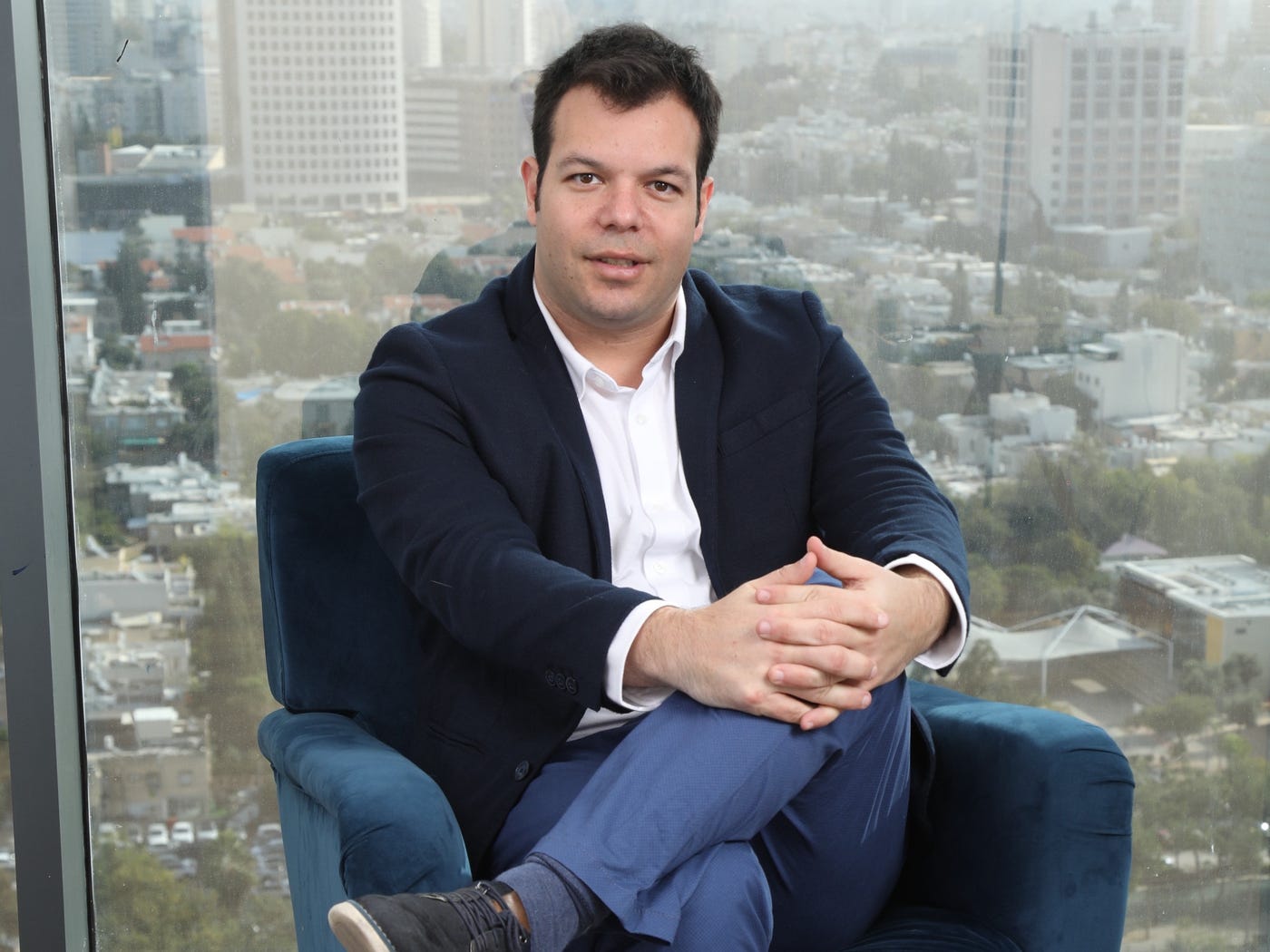 Tom Livne’s startup was born out of his personal frustration.

Livne was working as a lawyer, a profession that depends on the accurate transcriptions of testimony and depositions. The transcription services his firm used were expensive. They often delivered the documents late. And the transcriptions were frequently filled with inaccuracies.

“I was a very frustrated customer, and I decided that had to come up with a solution to this problem,” Livne told Business Insider in a recent interview.

So Livne got together with Eric Shellef, who had headed up the speech-recognition team at Intel’s wearables group, and Kobi Ben Zvi, who had been vice president of the Israeli e-commerce company Buynando, to form Verbit, which offers a tech-based transcription service.

The transcription business is basically divided into two segments, Livne, now Verbit’s CEO, said. On one side are the traditional services that rely on humans to listen to and transcribe conversations. Those services are generally fairly accurate. But they’re relatively slow and pricey. And because they’re labor-intensive, they’re not very profitable businesses, he said.

Read more: This pitch deck helped raise $43 million for a startup with a new twist on the biggest trend in software development

On the other side of the market are automated services that rely on computerized natural-language processing. Those services are relatively fast and cheap. But they can have a difficult time translating the speech of people with thick accents, those who use a lot of jargon, and those who speak quickly, Livne said. Even under the best conditions, the accuracy of such services isn’t up to the standards that are required by courts, he said.

The company then relies on a network of 5,000 freelance transcribers to polish the computerized transcriptions. Those human workers can improve the accuracy to 100%. Verbit then feeds the freelancer’s corrections back into its natural-language system, he said.

“Every time they’re making the correction, the machine is learning and learning and getting better and better over time,” Livne said.

Its hybrid approach allows Verbit, which is based in New York, to offer customers the best of both types of transcription, he said. It can be fast and cheap, as well as highly accurate.

But that’s not the only way that Verbit is approaching the market differently, he said. Many voice-recognition services rely on a general speech model that they apply to all speakers. But Verbit’s system creates speech models for individual speakers. It allows customers to upload their notes and other materials so its service can make more accurate guesses about what the speakers are saying. When transcribing conversations between two speakers, it can detect and create separate models for each of their voices.

Such techniques “give us much better results” than other automated services, Livne said.

Verbit, which was founded in 2016, initially focused on the legal market before branching out into education. It’s planning to tackle other markets in the future.

Investors have high hopes for its prospects, particularly after it grew its revenue 300% last year. It raised $34 million in venture funding in a little more than a year, including a $23 million series A round in January that was led by Viola Ventures.

The company is using the money to bulk up all around, including its sales group and its research and development team, which is based in Israel, Livne said. He’s planning to have the service support more languages soon and offer more features.

“Transcription is everywhere. The market is huge,” Livne said, adding, “We are in the best position to lead the market.”

Here’s the pitch deck Livne and his team used to raise their latest funding round: 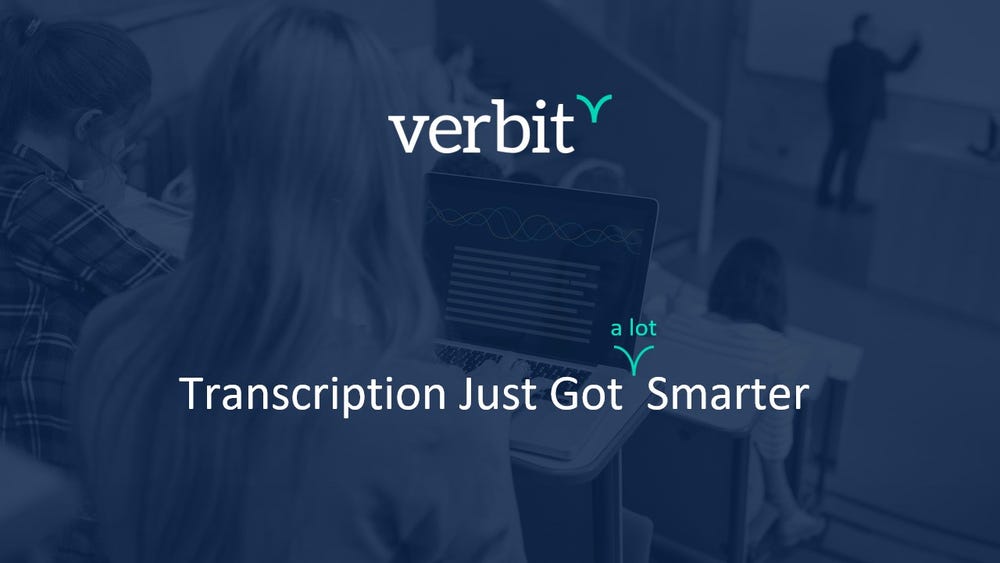 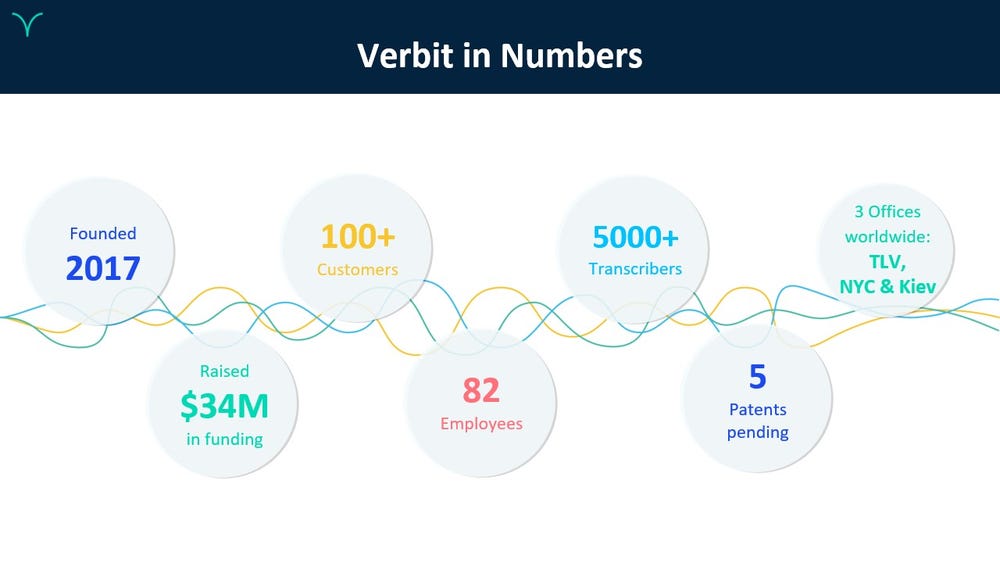 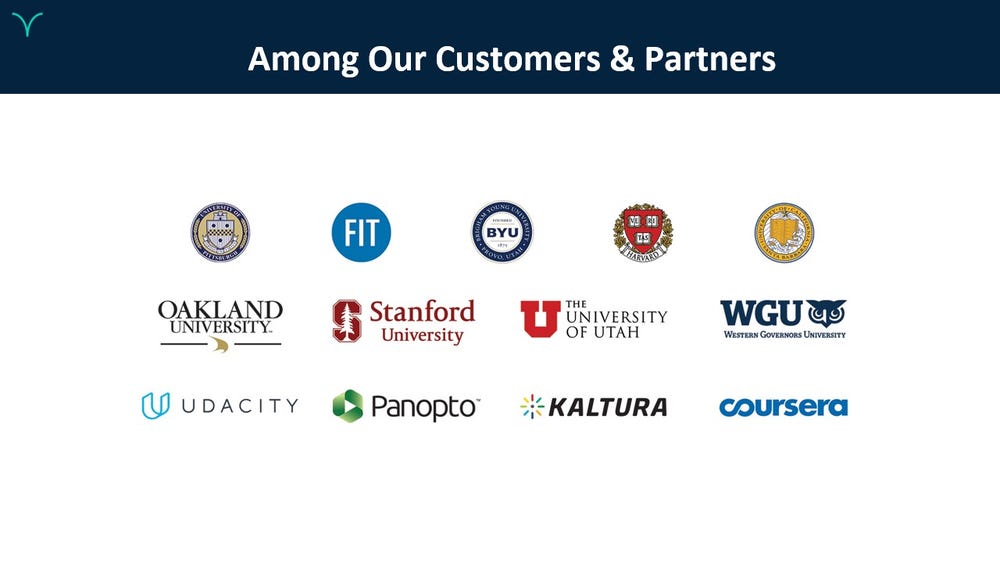 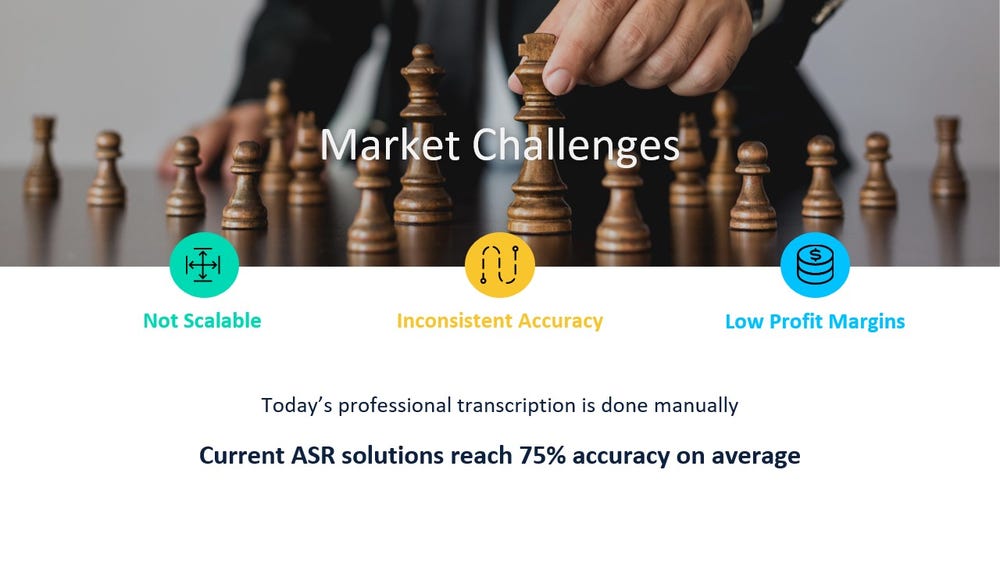 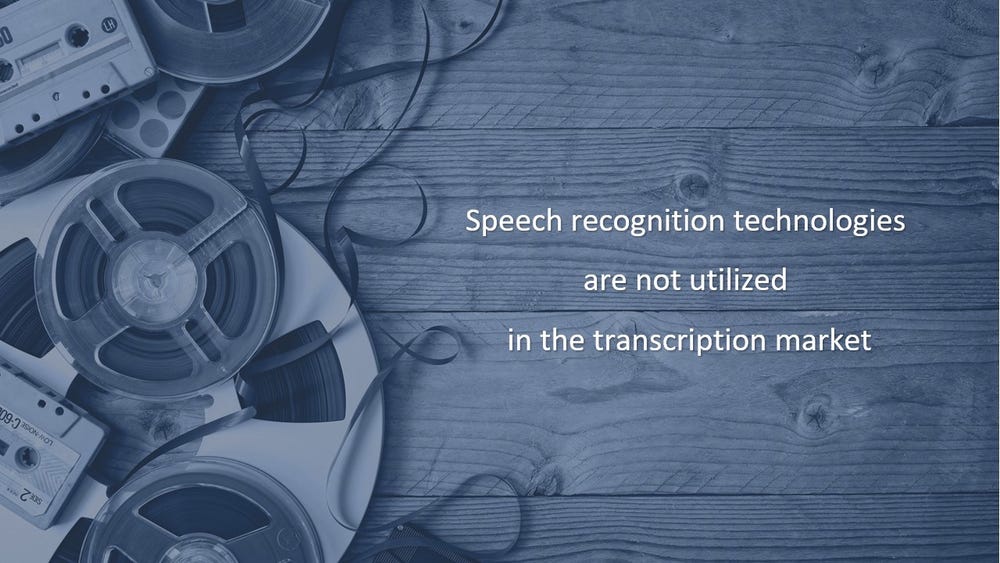 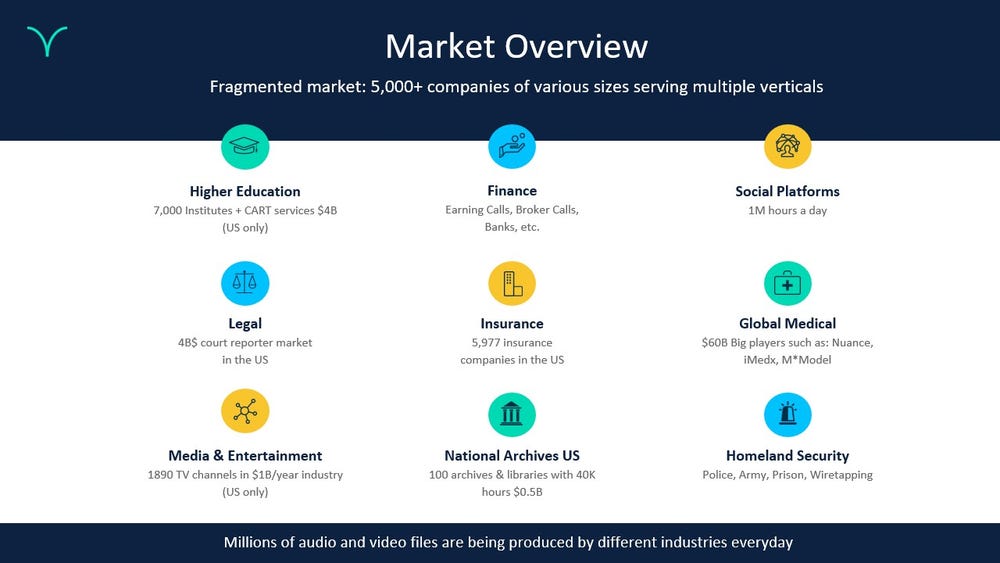 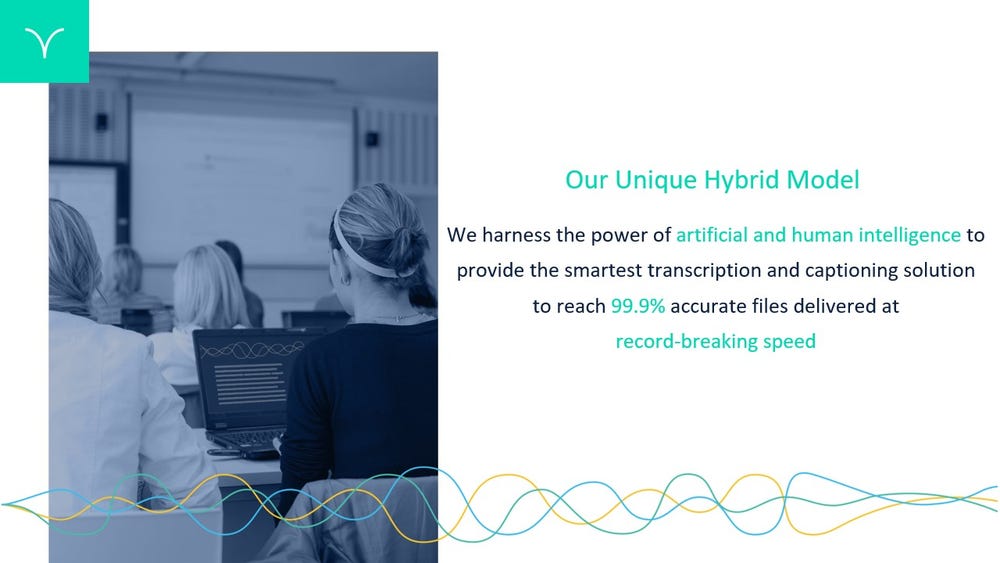 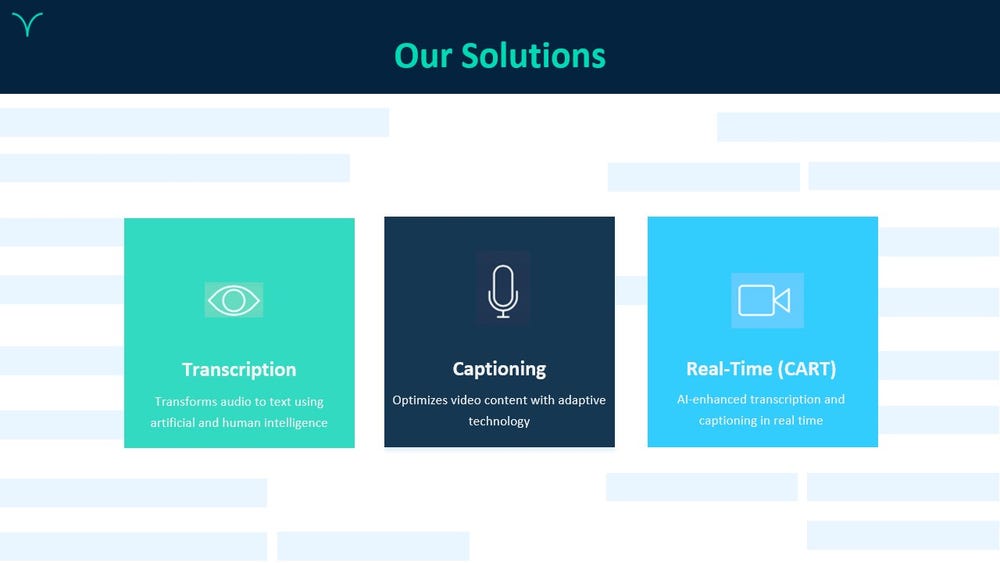 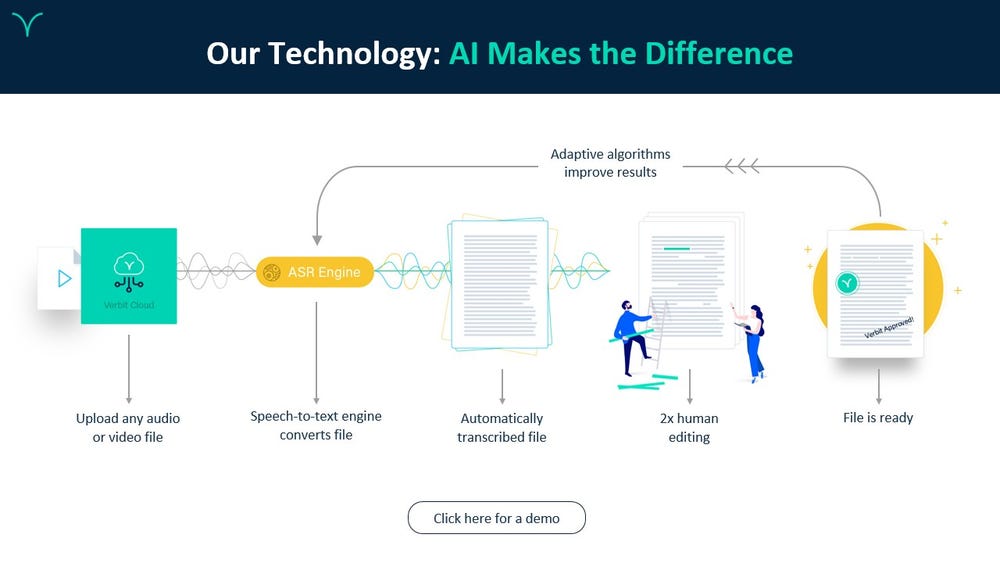 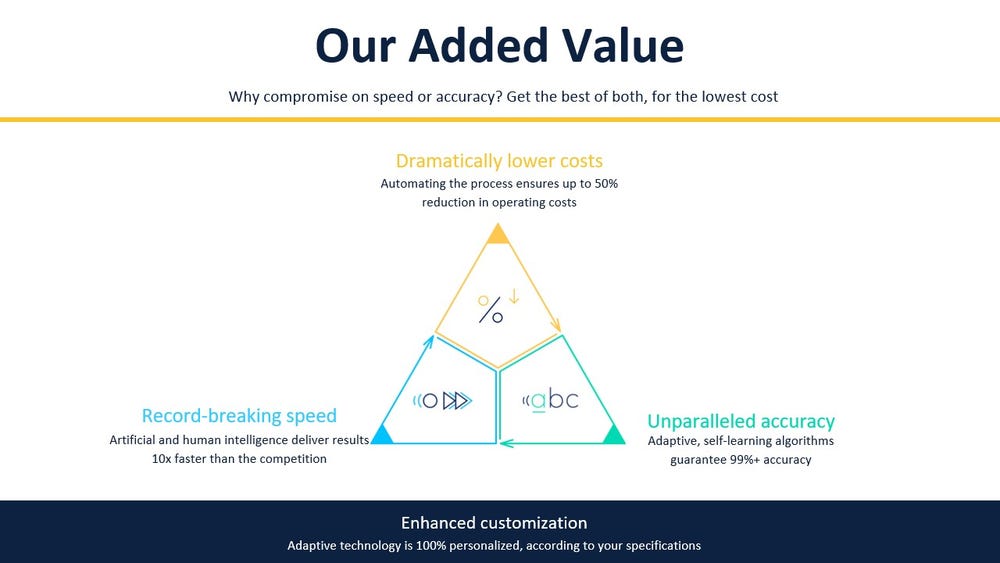 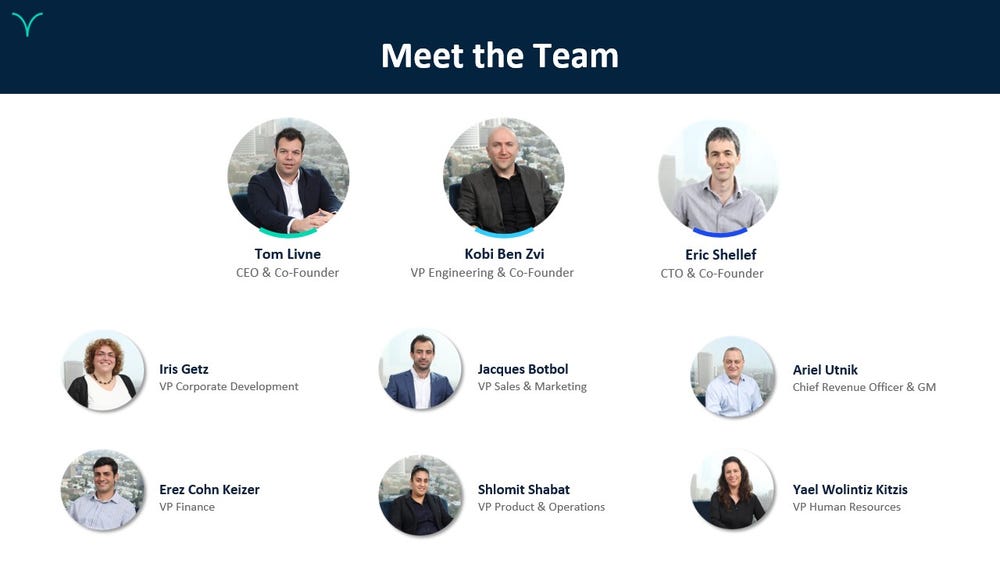 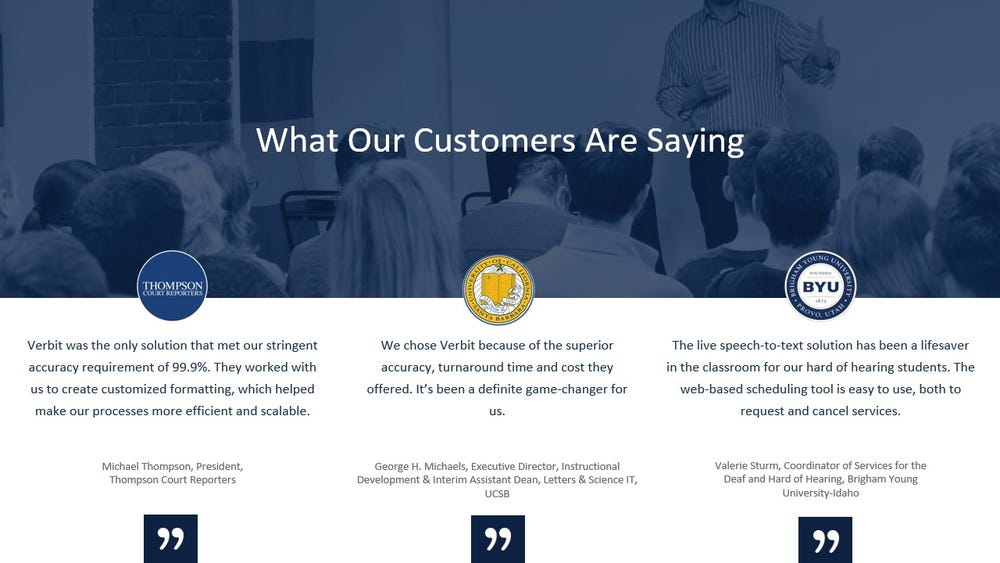 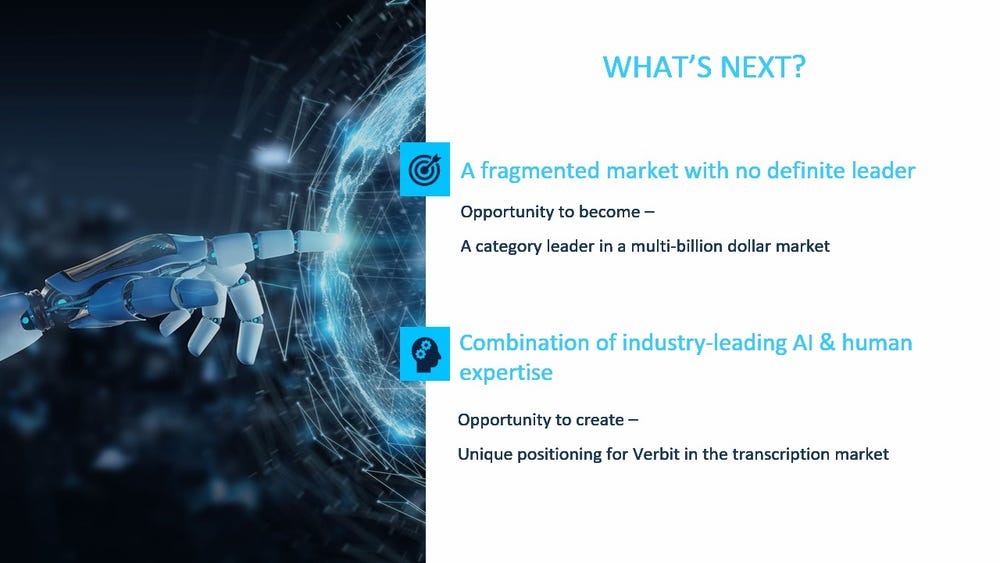 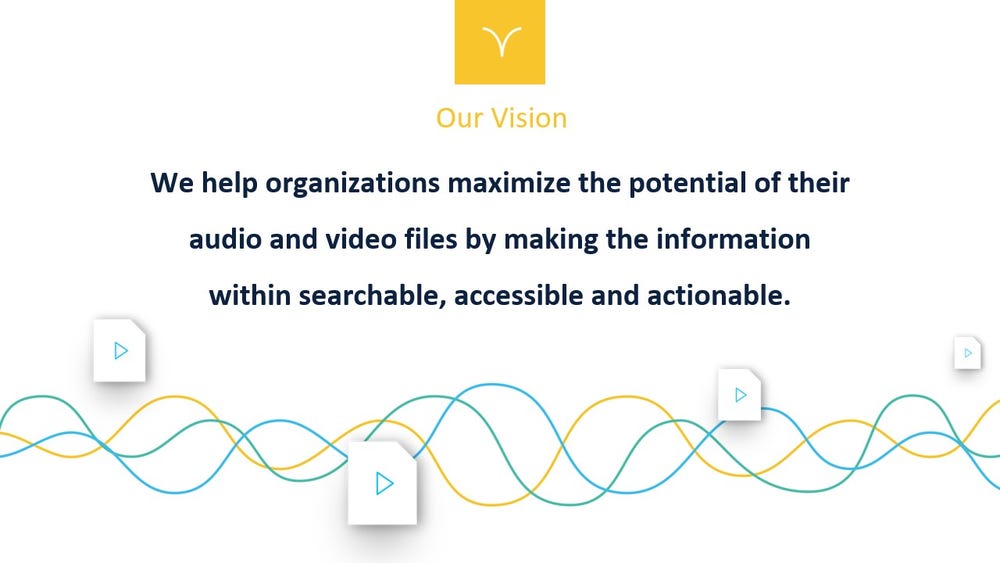 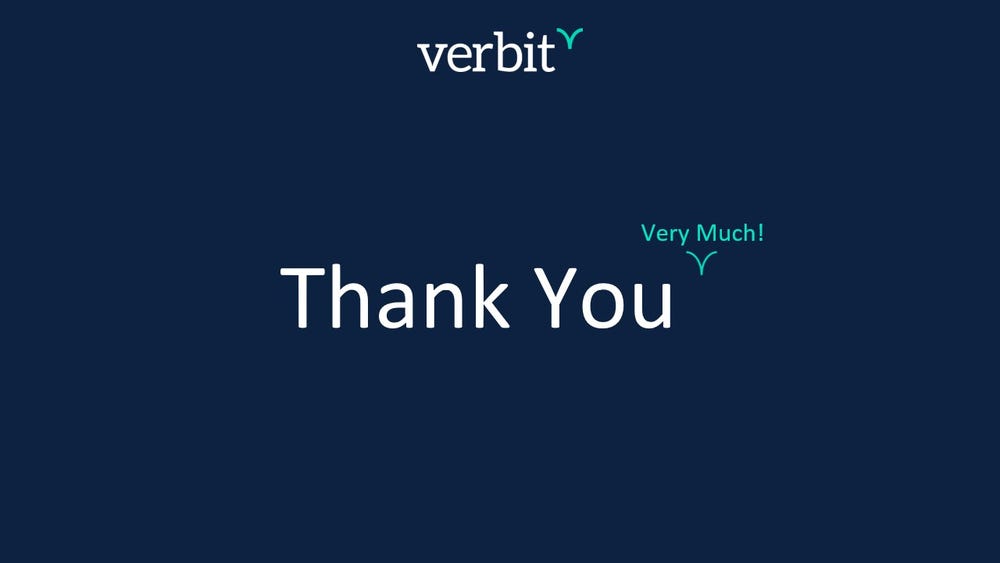