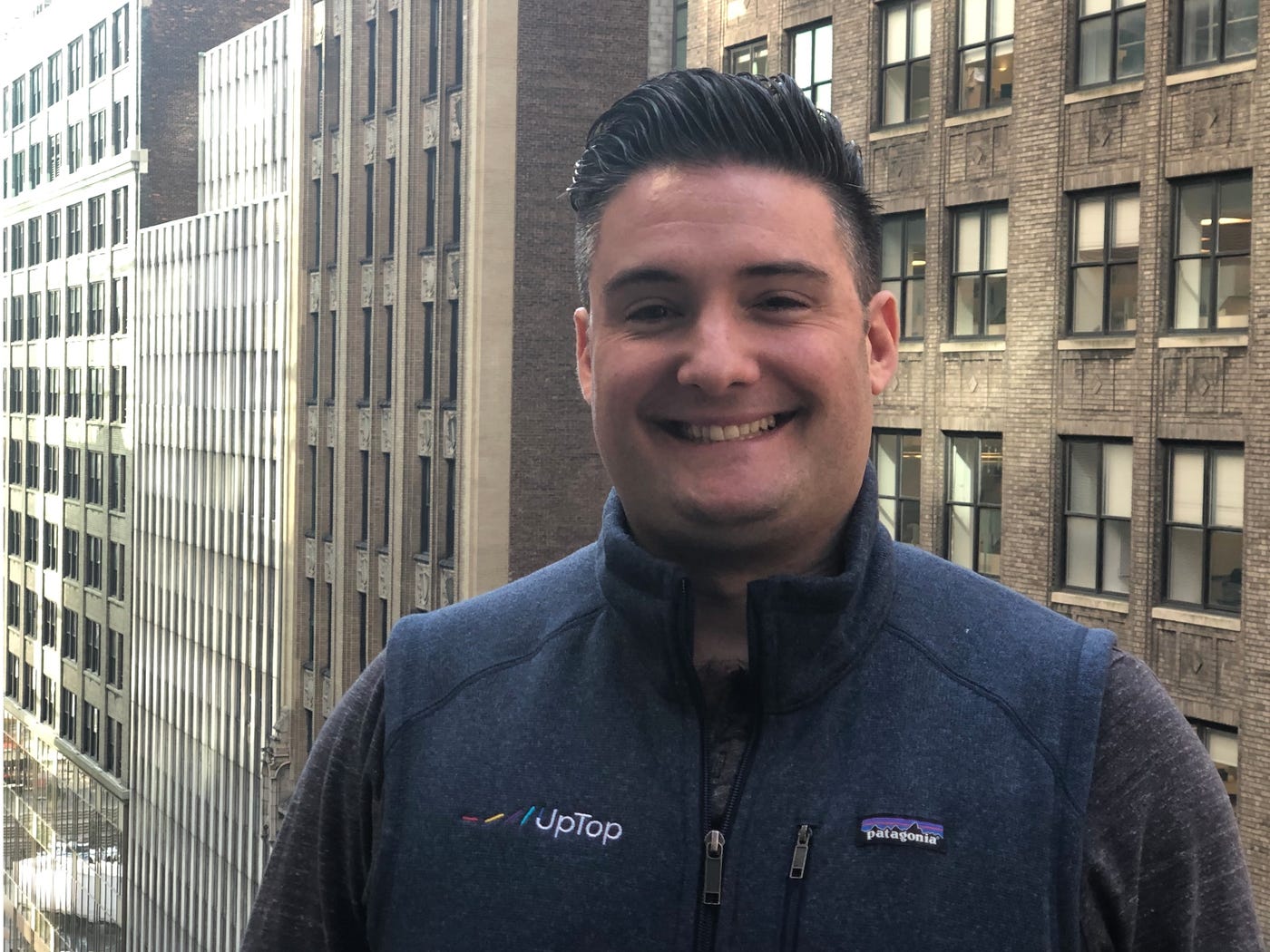 Landlords and tenants are often at odds, but the creators of UpTop think they’ve come up with a rental-market service that both groups will love.

Using the New York startup’s app, renters can search for apartments, schedule times to view them, apply to rent them, sign leases, and even pay their rent. Landlords can list their properties in UpTop’s marketplace and use its property-management service for free.

CEO Frank Barletta got the idea for UpTop from his experience as a renter, Foux said. In one eight-year period, Barletta moved 10 times and was repeatedly frustrated with the rental experience, he said.

UpTop plans to make money in part by charging a convenience fee when people pay their rent through its service. Depending on what the landlord decides, sometimes renters will pay the fee, and sometimes the landlord will. It also plans to charge landlords for background checks on prospective tenants, something it will offer as an optional service.

The company has only about 1,000 listings so far, but that’s because it just started publicizing its service, Foux said. Founded about three years ago, UpTop was until recently testing its offerings in Ithaca, New York.

It plans to soon offer its service in a lot more places. The company announced last week that it had raised $5.5 million in seed funding from KAL Investments. It’s used that money to expand its team to 16 people, building out its product and business development teams, Foux said.

Read this: Here’s the pitch deck a Virginia startup used to raise $6 million after seven years of bootstrapping its business

Though UpTop is based in Manhattan and is born out of Barletta’s experiences in the rental market there, he and his team think the business has much wider appeal.

“This is not just a New York problem,” Foux said, adding that it’s a countrywide issue, “maybe an international one as well.”

Here’s the pitch deck UpTop used to raise its seed round: 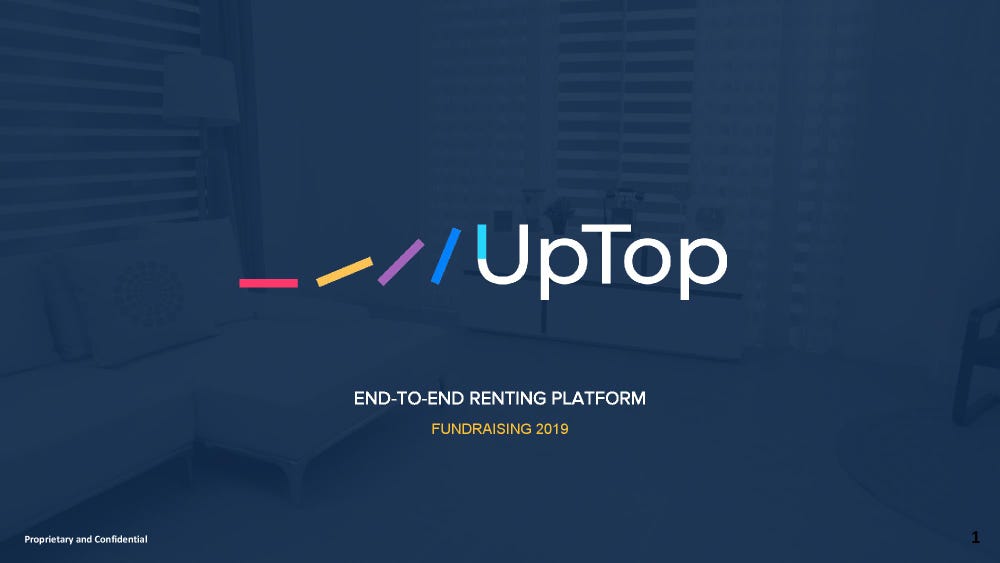 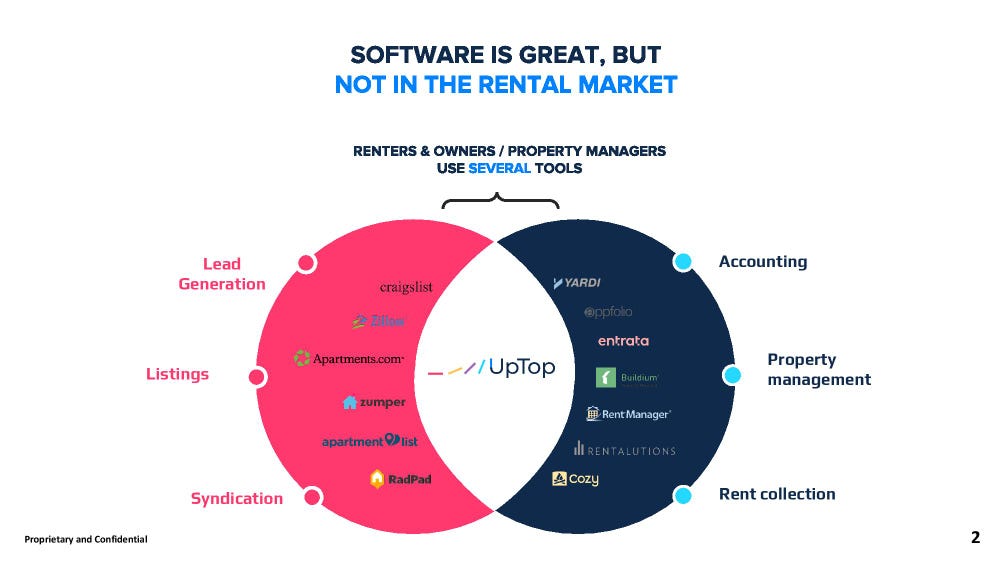 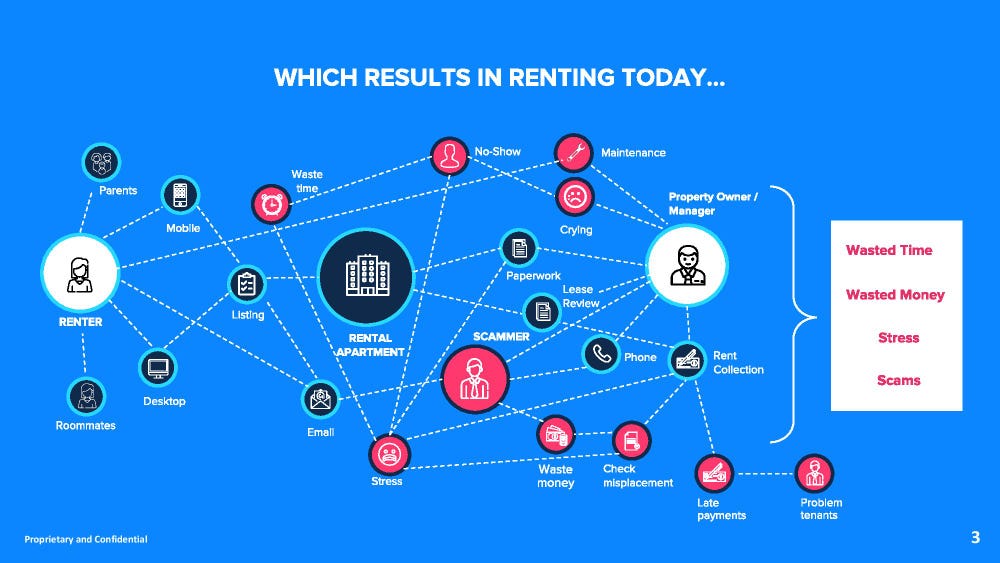 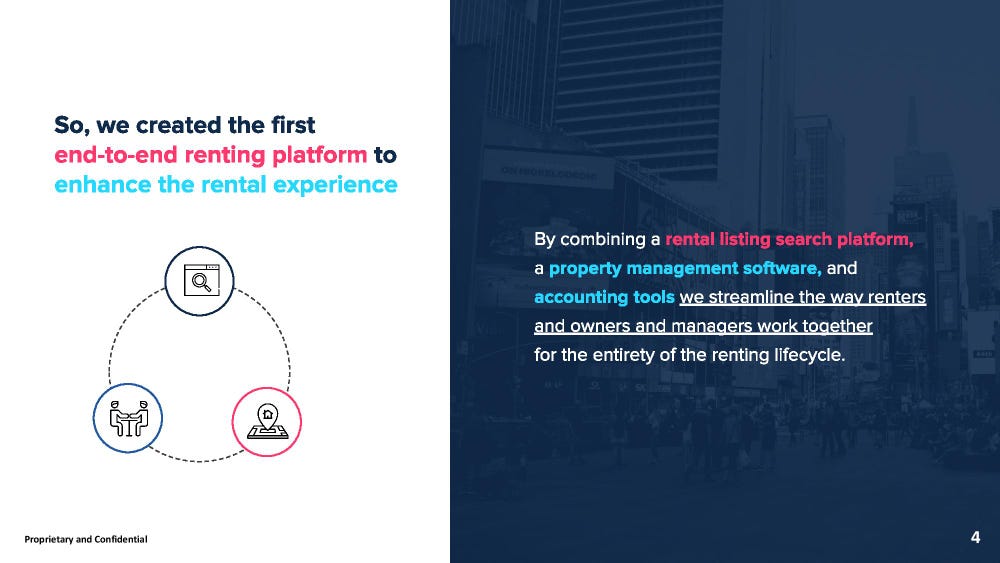 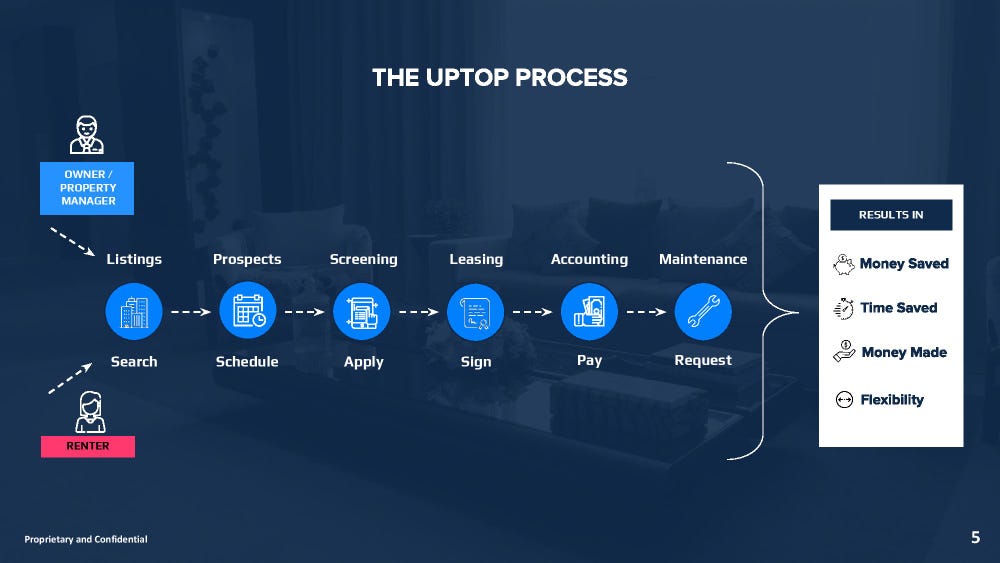 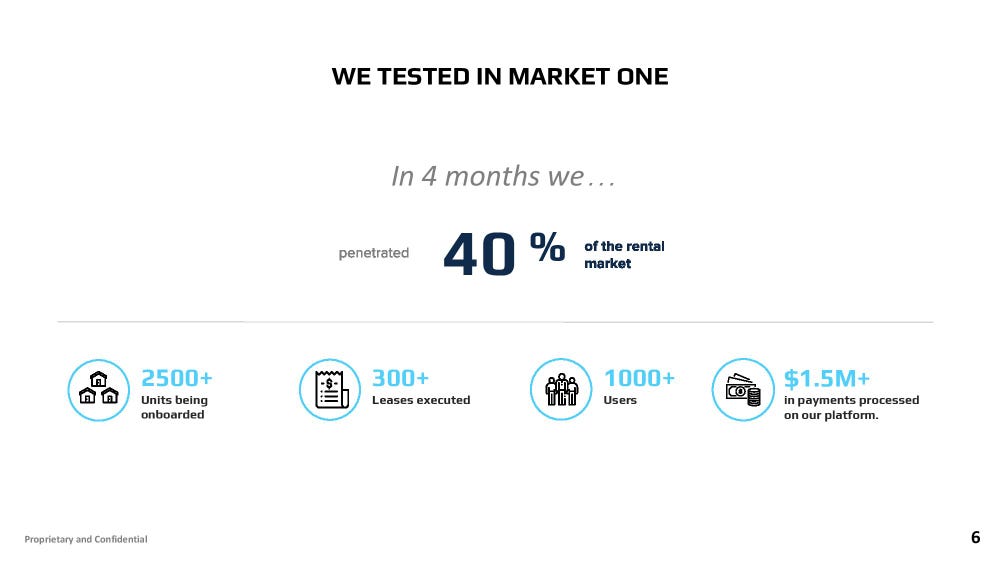 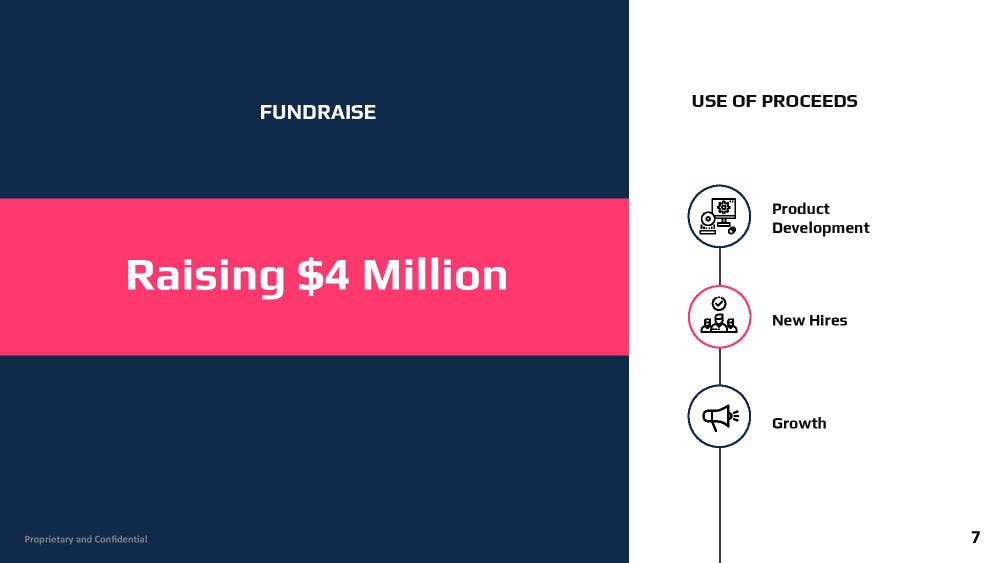 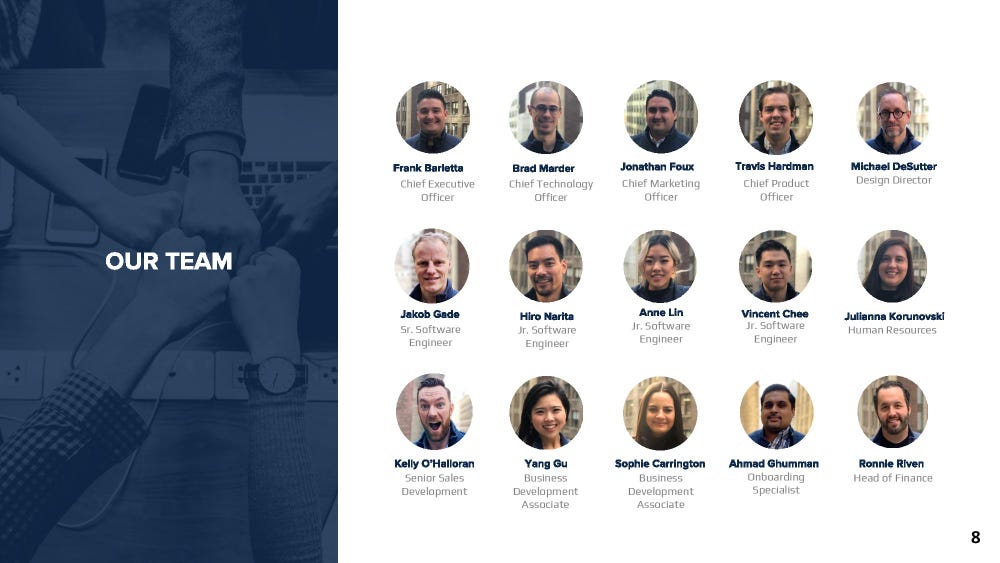 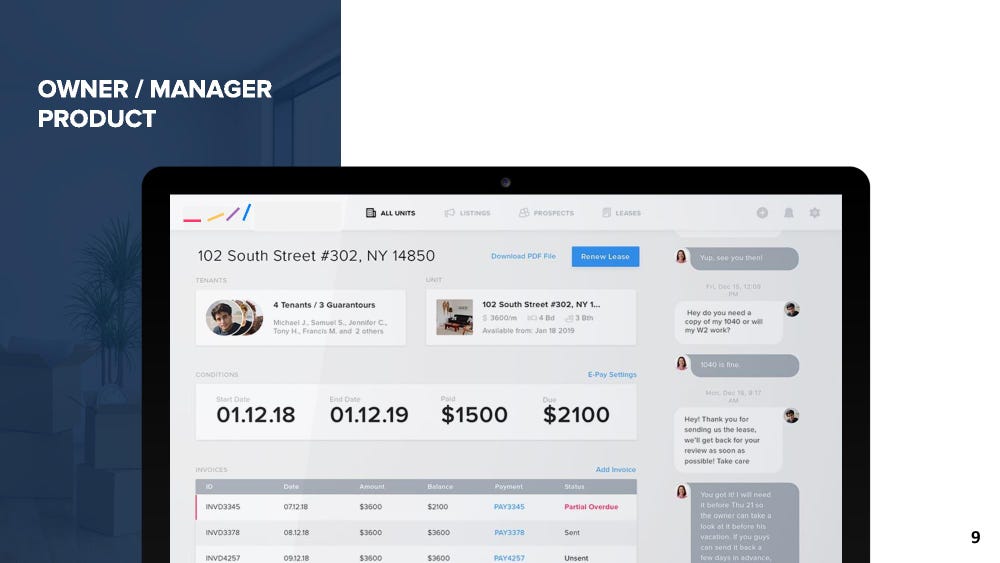 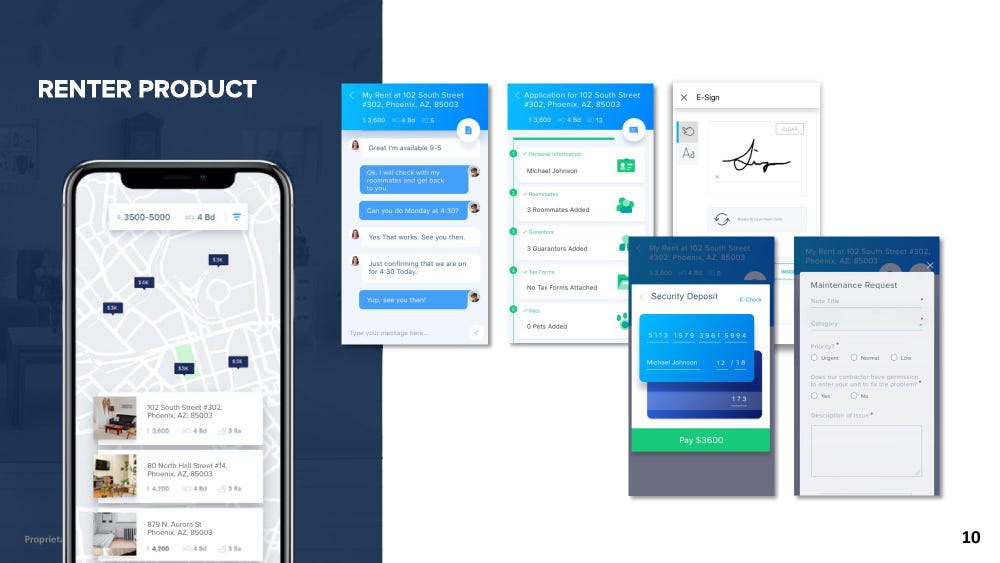 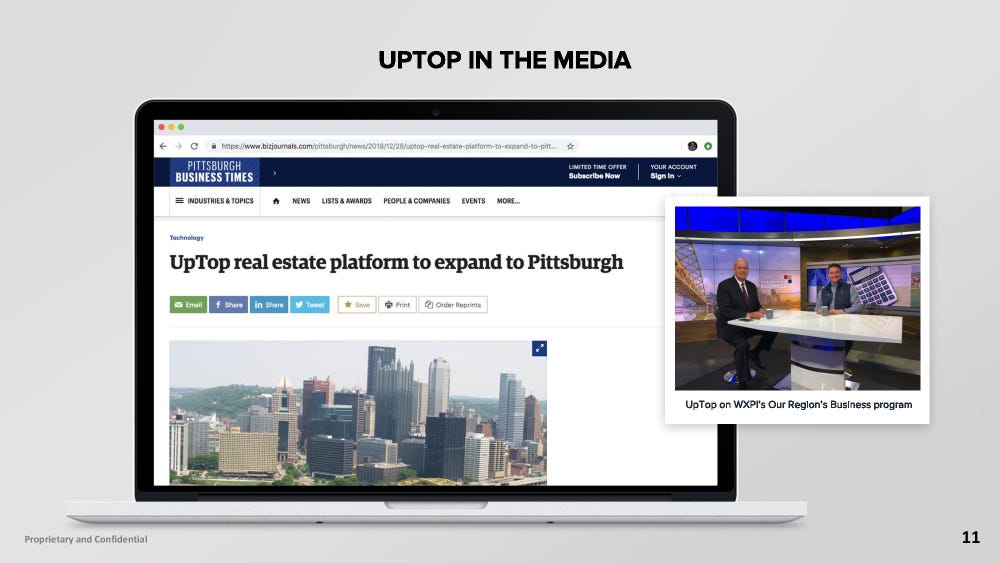 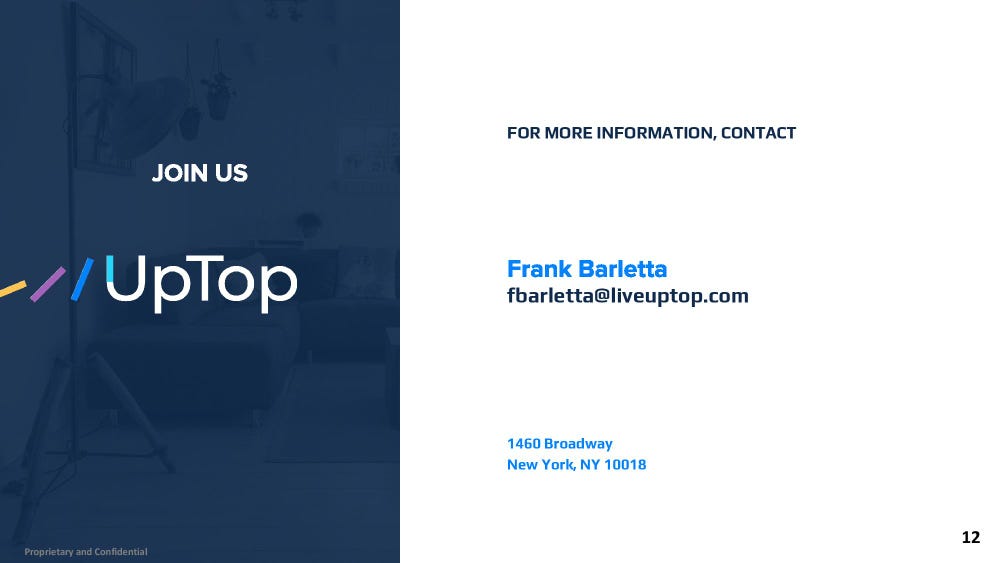