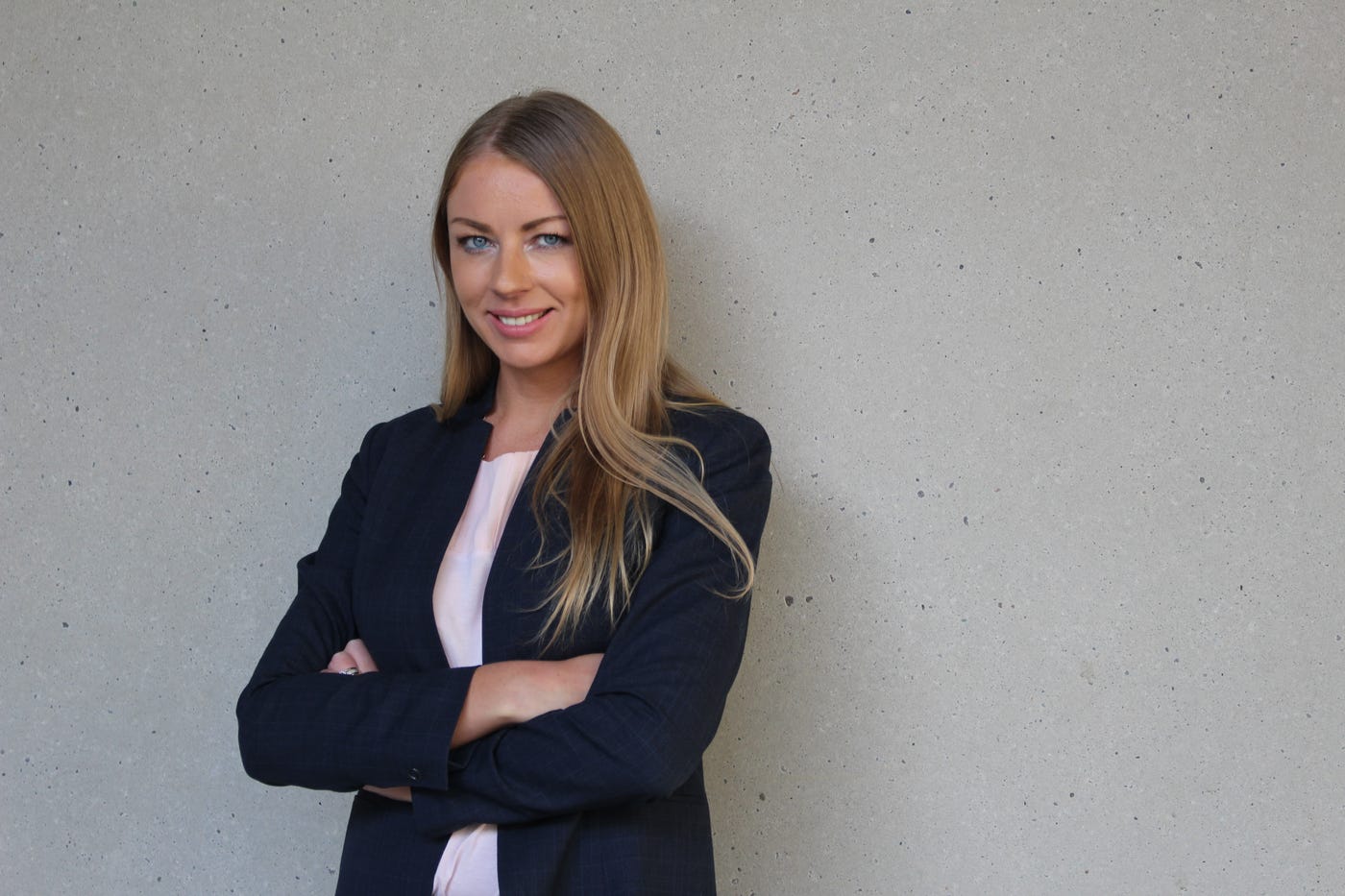 Millennials aren’t kids anymore. In fact, many have kids of their own. And UNest, founded by Ksenia Yudina, is targeting this cohort of new parents with a savings app.

“The feedback that we’ve heard from our existing users is that they don’t want to save just for education,” Yudina said. “They want to invest in their kids’ futures, but be able to save for their first car or a down payment on a home.”

Los Angeles-based UNest, which extended its seed round in January, announced a $9 million Series A on June 16 led by Anthos Capital with participation from investors like Northwestern Mutual Future Ventures and former NBA all-star Baron Davis.

As UNest has expanded its product offerings, its userbase has continued to grow, especially amid the coronavirus pandemic during which many parents are spending more time with their kids. Since February, UNest has added 25,000 accounts. The funding will be used to invest in more marketing and brand awareness as UNest looks to grow its userbase, Yudina said.

And the round was raised entirely remotely amid coronavirus shutdowns.

“The concern that most companies seem to have going into the pandemic is that there would be a lot of down rounds,” Peter Mansfield, chief marketing officer at UNest, told Business Insider.

Given the economic volatility over the past few months, it’s easy for founders to feel a bit bearish, Mansfield said. Instead, UNest was able to leverage the growth it had already experienced, resulting in a “a very big up round,” he added.

“We’re at a really fortunate spot because we didn’t really need to raise,” Mansfield said. “That probably gave us more confidence than the average bear to be able to go in there with our heads held high asking for a valuation that we thought was eminently fair.”

While UNest’s pitch deck itself has gone through a number of iterations, there are other factors to successful fundraising.

“Fundraising is all about relationship building,” said Yudina. “You have to get in front of them, you have to show your energy and drive, and prove why you’re the right person to solve this problem.”

Part of UNest’s confidence came from building out an experienced team after its seed round, Yudina said. While Yudina had prior experience as a financial advisor at Capital Group’s American Funds, she didn’t have experience at a fintech. Mansfield led marketing in the early days of Marqeta, and Mike Van Kempen, UNest’s chief operating officer, joined UNest last year from Acorns.

“We built a super strong team with actual experience in fintech,” said Yudina, “and that’s what investors like.”

And proving you can deliver on product development and user acquisition is key when fundraising, Yudina said. For example, UNest launched with an iOS app, promising investors to build out an Android app, which it launched in February.

Here’s the pitch deck UNest used to win over investors and raise its Series A. 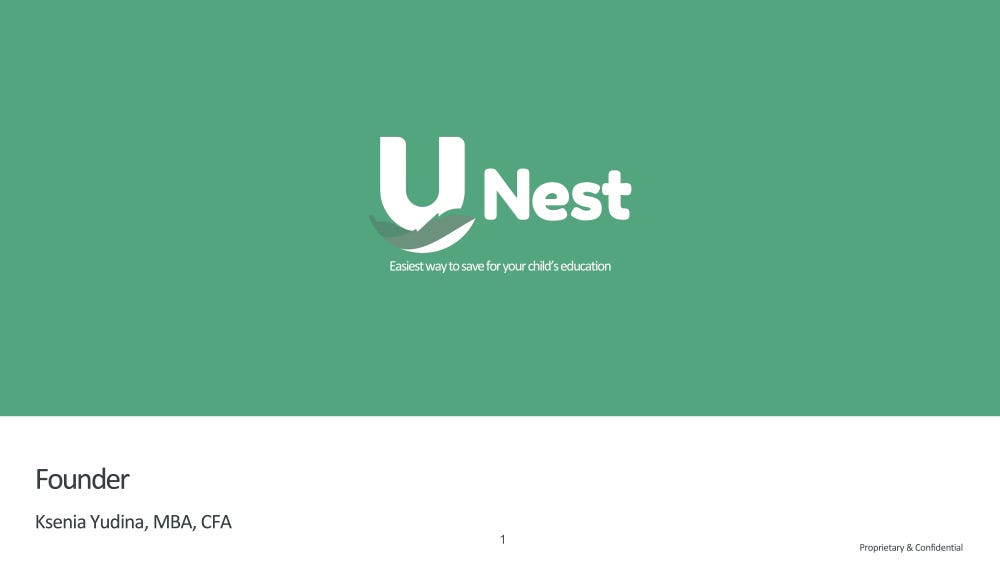 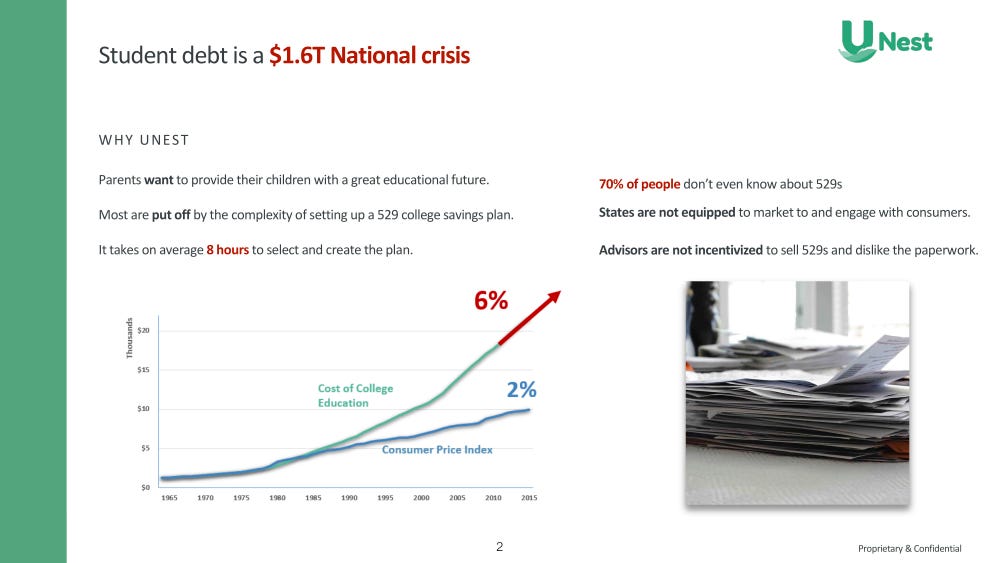 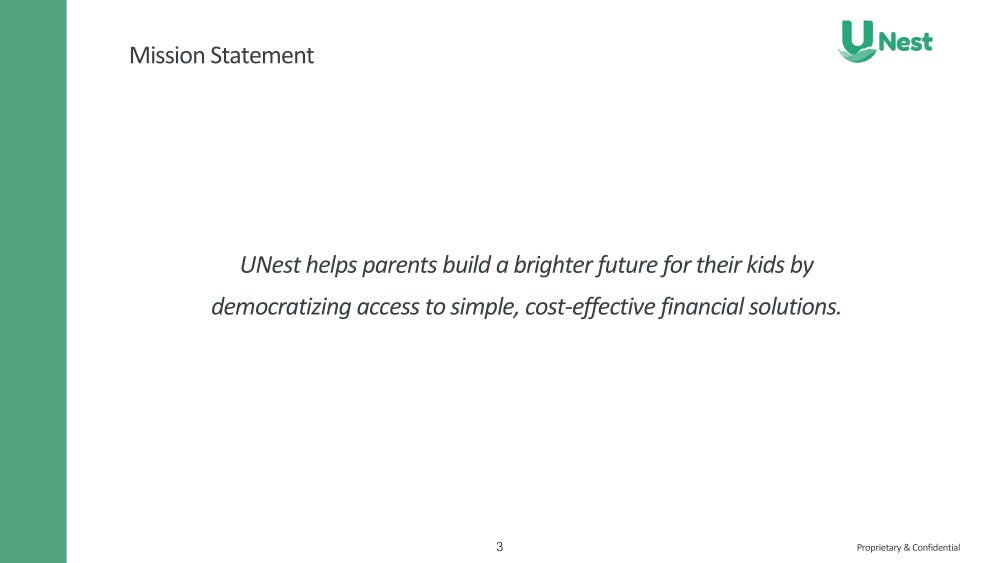 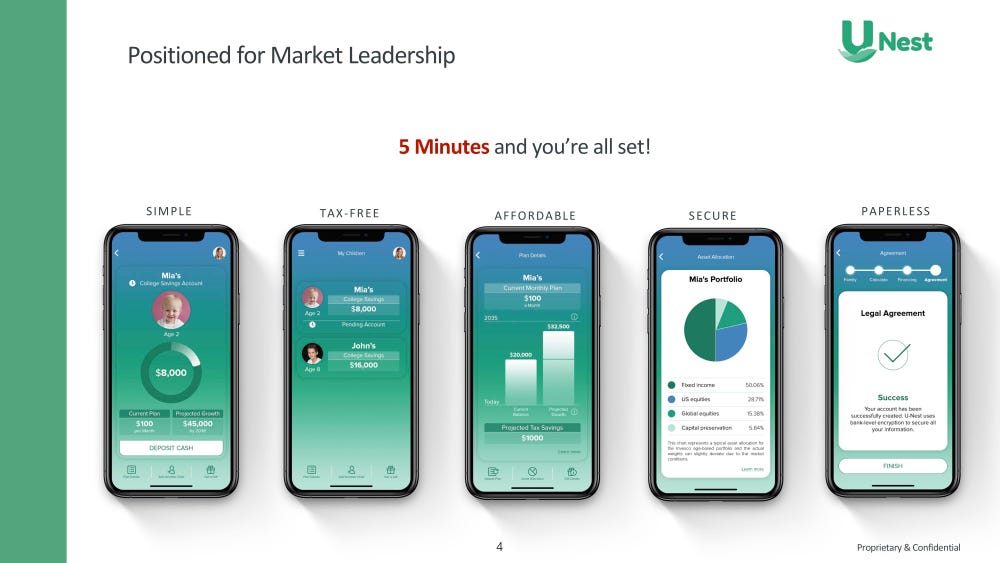 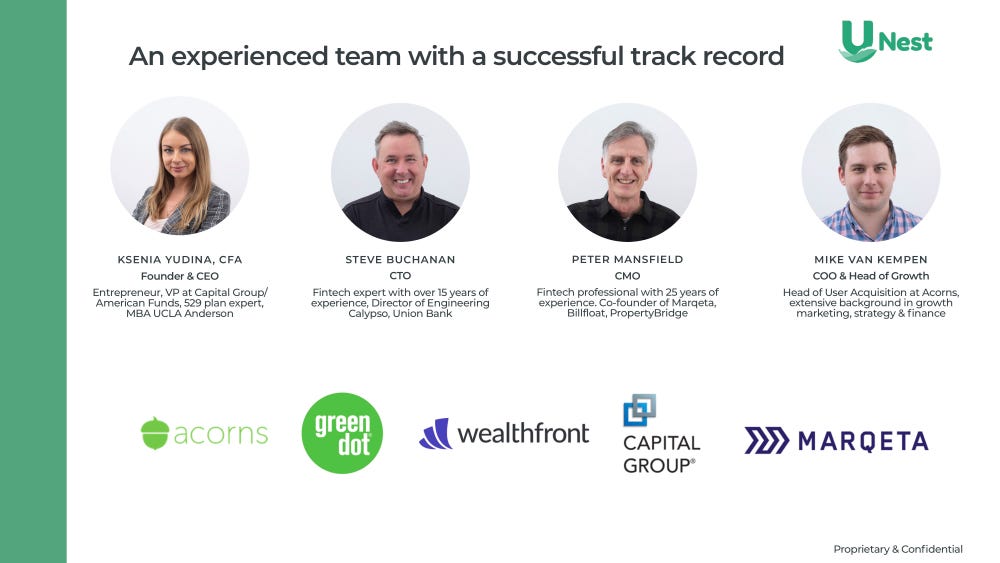 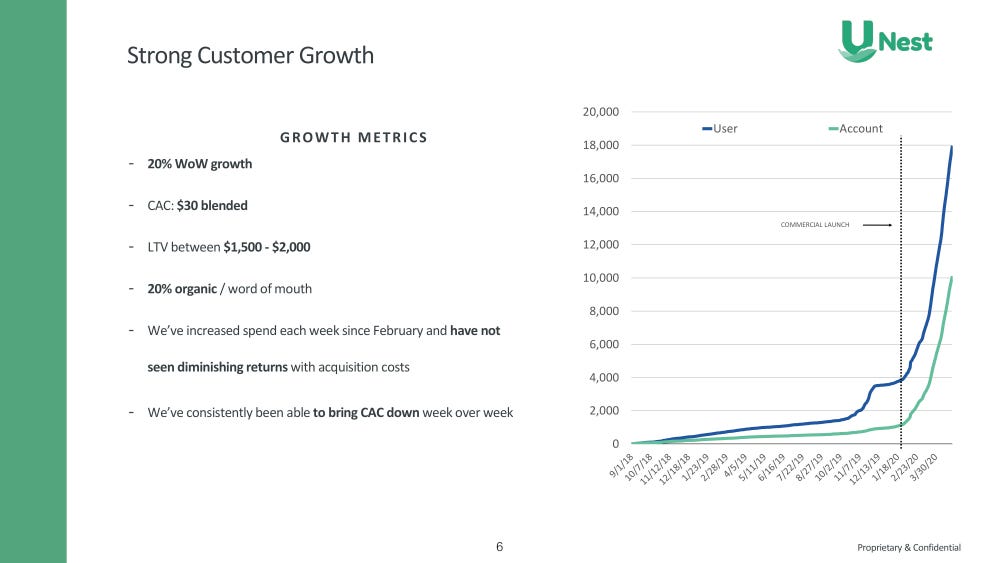 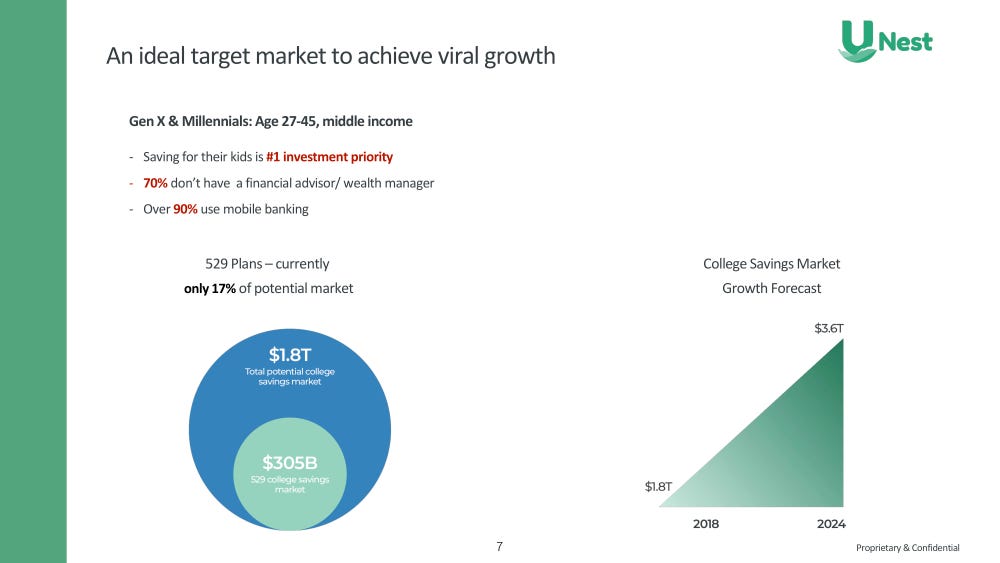 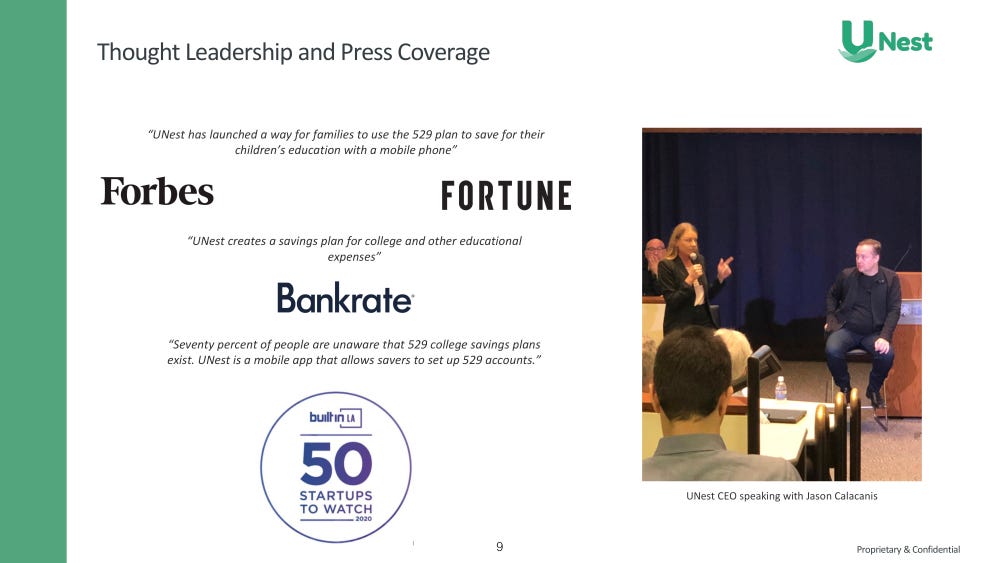 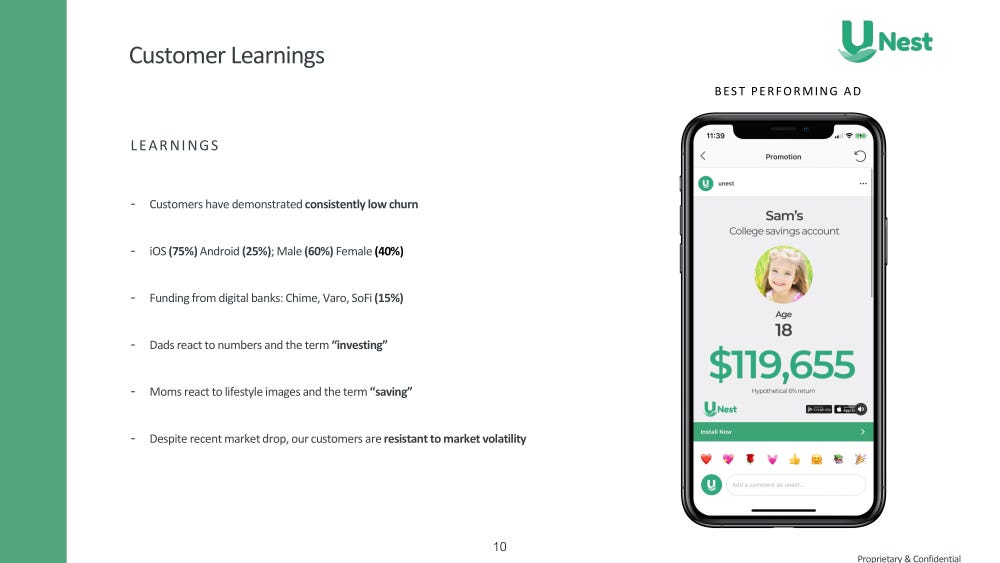 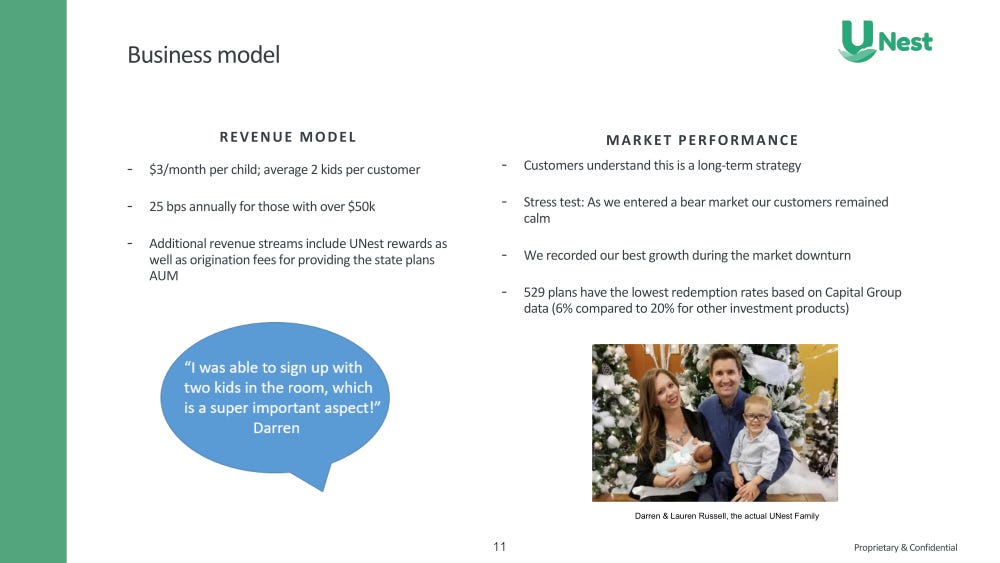 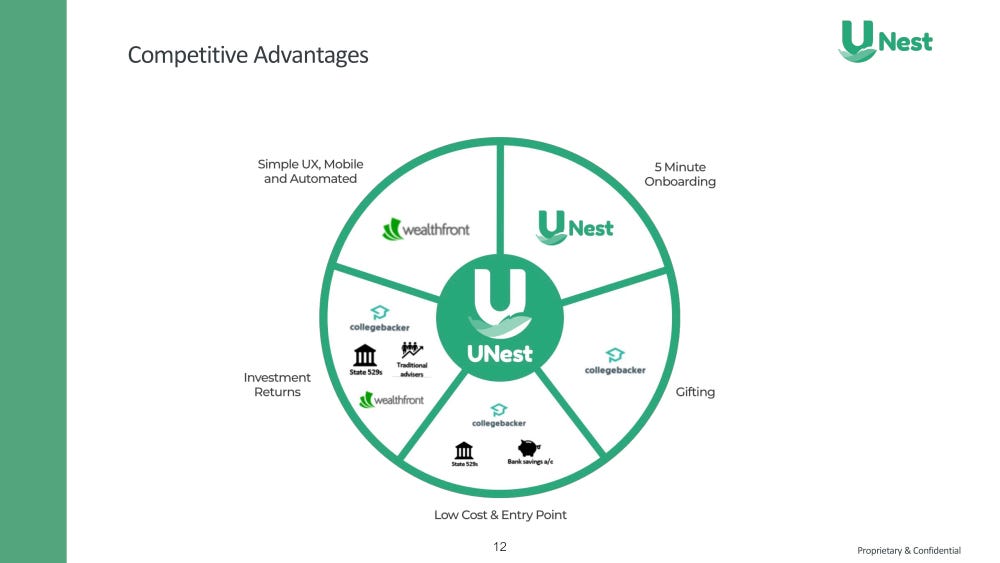 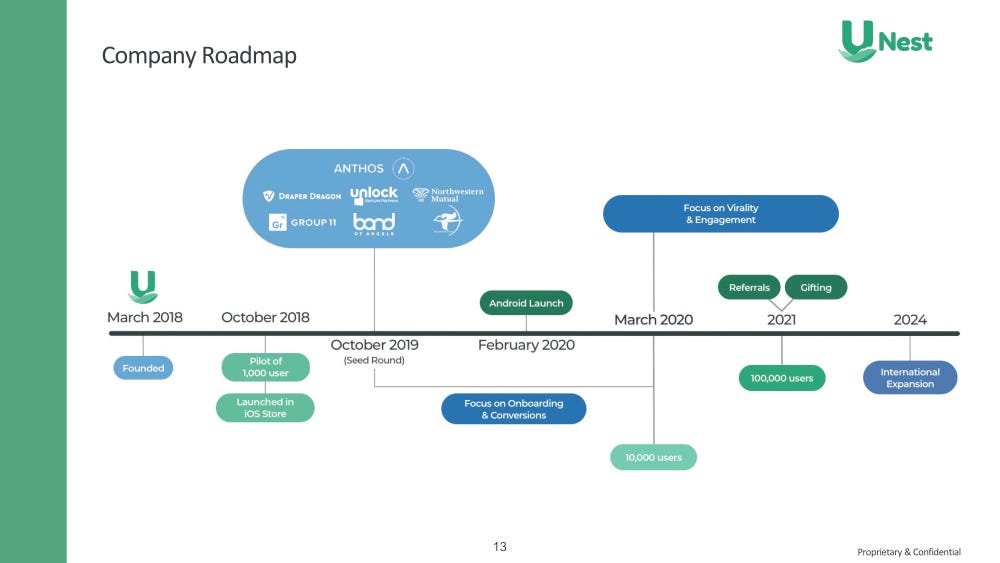 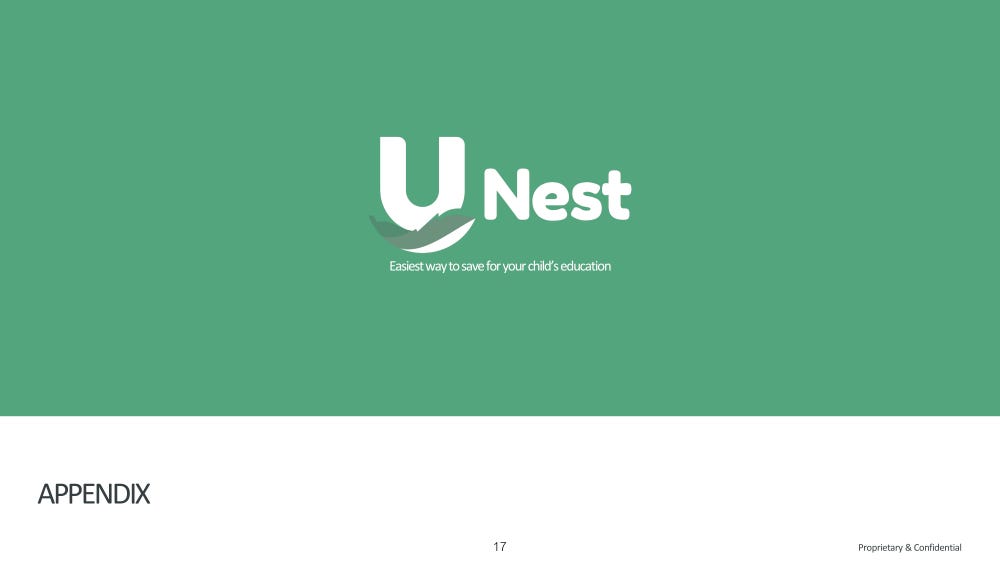 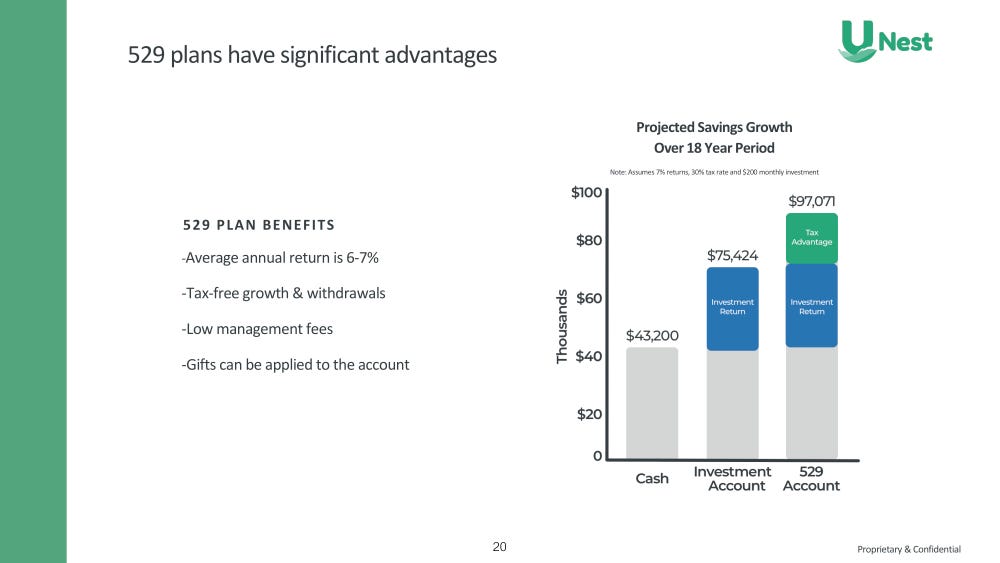 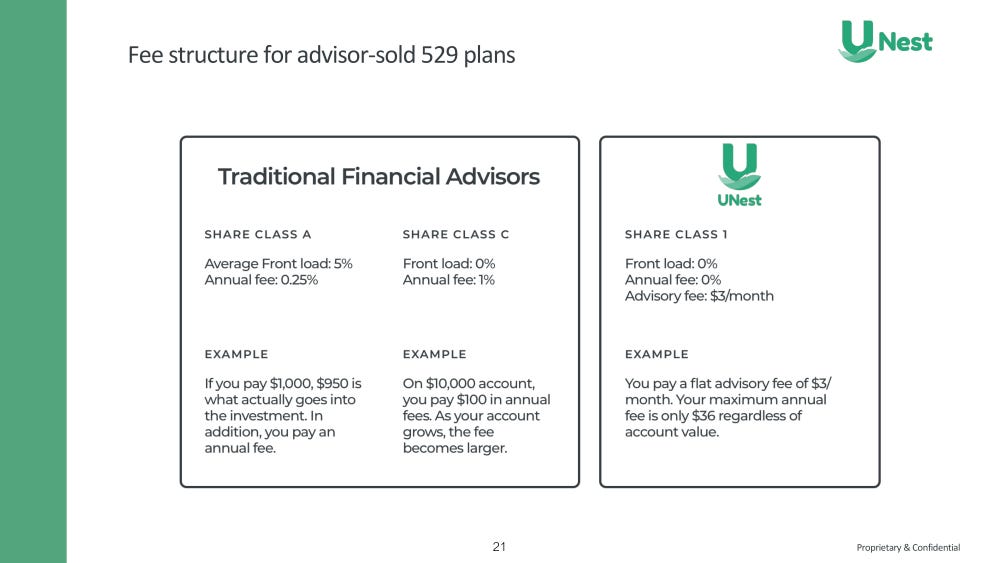