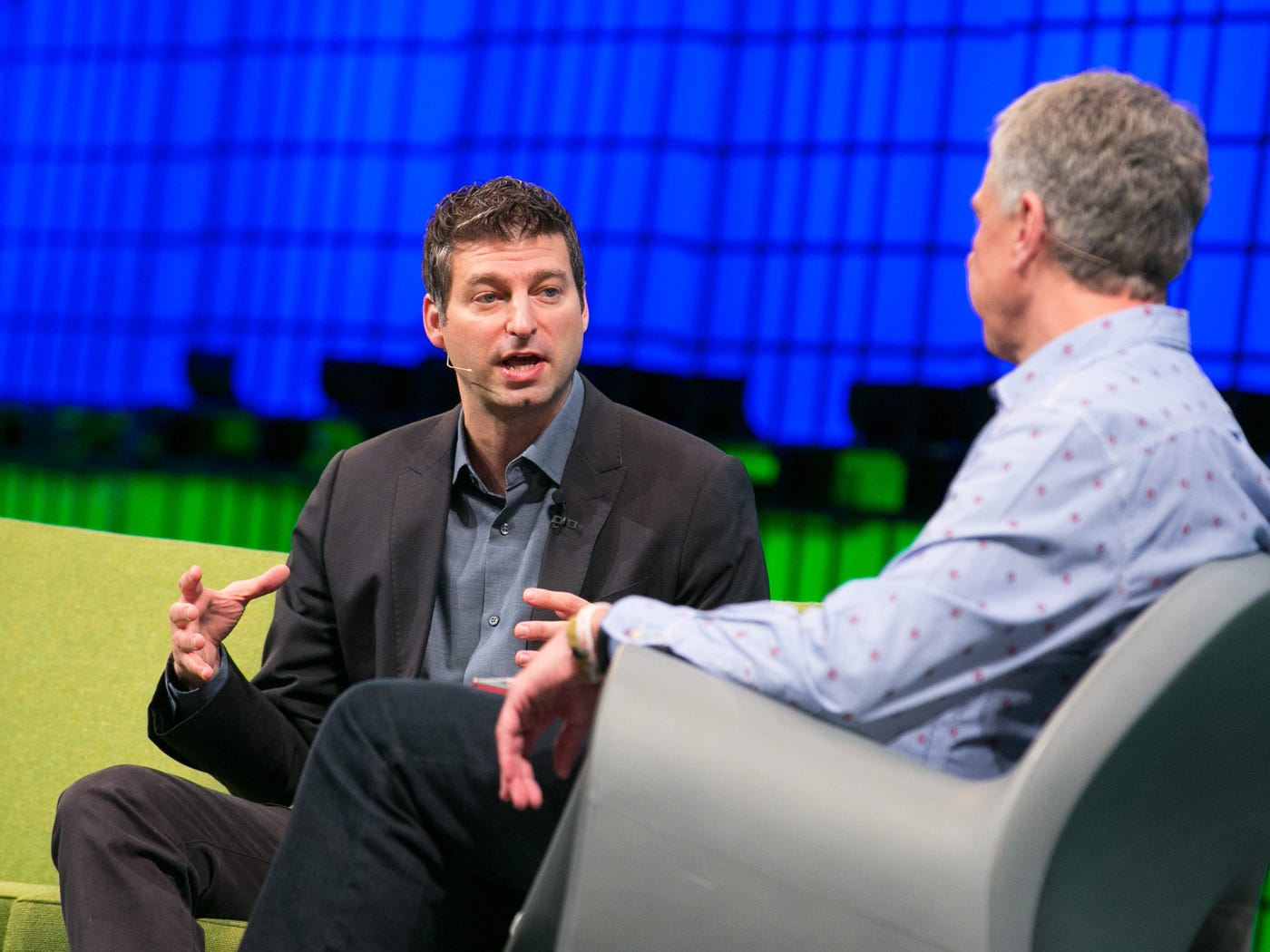 He found one in Tipalti, a 9-year-old company that automates payment processes for businesses.

“What we seek out are companies that are about to go through almost the good kind of problems that high-growth companies have,” Bain told Business Insider. “It means working on really exciting companies where the bolts are coming off the rocket ship in a good way and you could, as a CEO, use some people around the table that have been there and done it before.”

He said he and Costolo even try to see startup teams in action: “We’ll go in and sit in the back of the room in a management-team meeting or in an all-hands meeting that a CEO leads and give feedback and constructive ideas about how to make those meetings even more powerful.”

Adding Tipalti to their new portfolio was an easy decision for another reason. Bain and Costolo actually came across Tipalti when they were running Twitter.

This was in 2013 when Twitter just acquired MoPub, which helped companies manage their ad inventory, a big step in the social-media giant’s bid to expand its advertising business. But that move also presented new challenges, mainly the need to manage payments to thousands of advertisers, Bain said.

“The thought of doing that by hand was frightening,” Bain said. “It would just require a lot of work, and it seems like it was begging for a software solution.”

‘Played a pivotal role in enabling us to scale and grow’

He said Tipalti made Twitter’s accounts-payable process faster and more efficient. The startup “played a pivotal role in enabling us to scale and grow” and was “crucial in helping us manage payments to thousands of our publishers and partners around the world with ease,” Costolo said in a statement.

Bain also said “it’s kind of crazy to think about how inefficient and manual all these processes are for most companies. Companies are essentially paying people to turn around and pay people and so, as a result, mistakes happen.”

Tipalti said it has processed more than $8 billion in annual transactions as of the first half of 2019 and is now used by hundreds of companies, including  Twitch, GoDaddy, GoPro, Vimeo, and Foursquare.

“As companies mature and growth accelerates, manual accounts payable processes are no longer an option,” Chen Amit, Tipalti’s CEO and cofounder, said in a statement, adding that the new funding “will help us widen our innovation edge.”

Competing in a growing market

Bain said the backing Tipalti was “a terrific investment into a company that still has a ton of growth ahead of it.”  The company is also competing in a growing market. About half of business-to-business invoices “will be processed and paid without manual intervention” by 2025, according to Gartner. By 2030, 80% of these invoices “will be transmitted digitally.”

Having led one of the fastest-growing startups in recent years, Bain and Costolo also feel that they have to contribute to a company like Tipalti beyond money.

Costolo and Bain led Twitter in the years leading up to its high-profile initial public offering in 2013, but both left shortly after the social-media giant went public. Costolo stepped down in 2015 and was replaced by founder Jack Dorsey amid criticism of Twitter’s failure to his financial targets. Bain, who had been considered a CEO candidate and played a key role in building Twitter’s ad business., left the company in 2016.

Tipalti is already “a high-functioning business organization,” he said. But when your company is growing really fast, making sure different parts of the business are communicating well with one another is critical.

“When you’re growing so fast, it’s always an area that’s key or primed for breakdown,” he said. He said he and Costolo are able to offer insights into “how to build a high quality and lasting business organization.”

Here’s the pitch deck Tipalti used for the latest round: 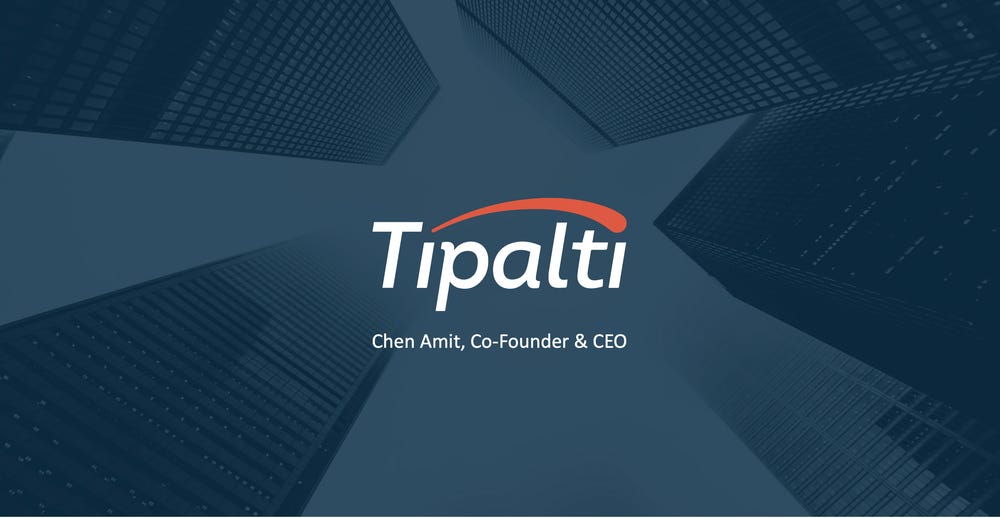 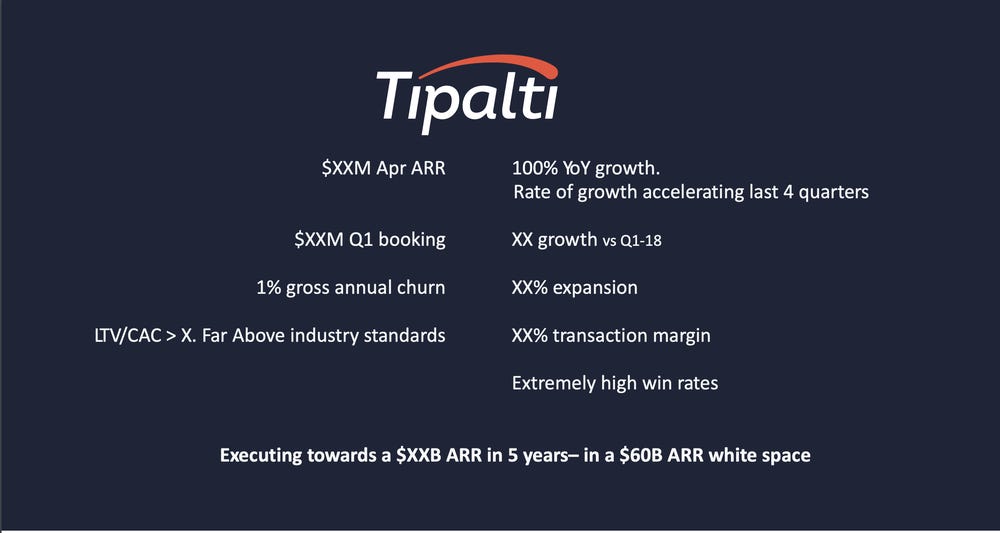 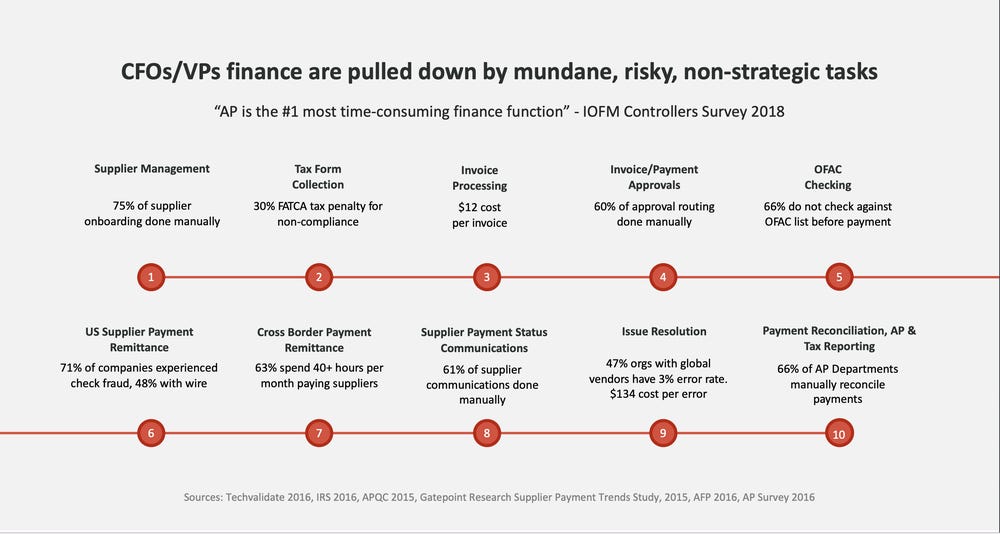 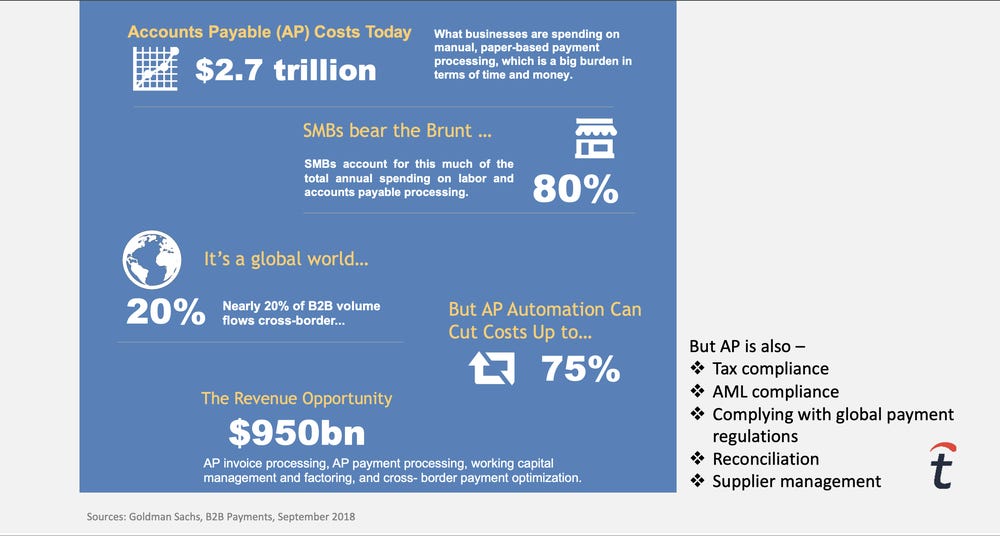 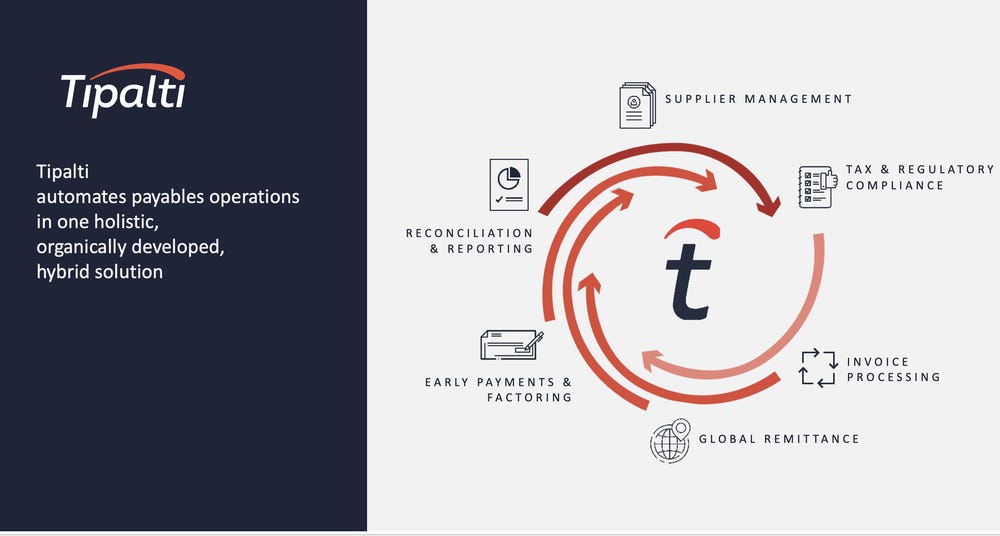 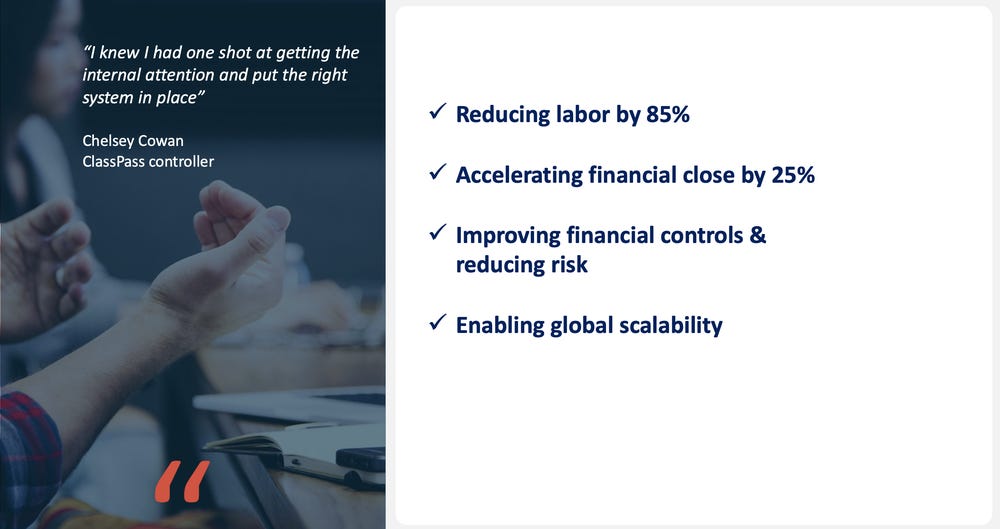 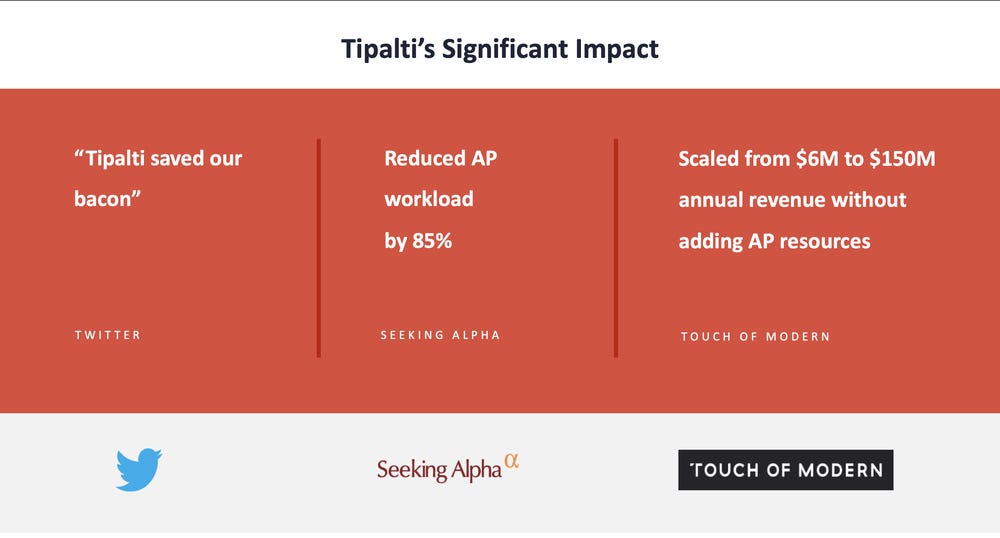 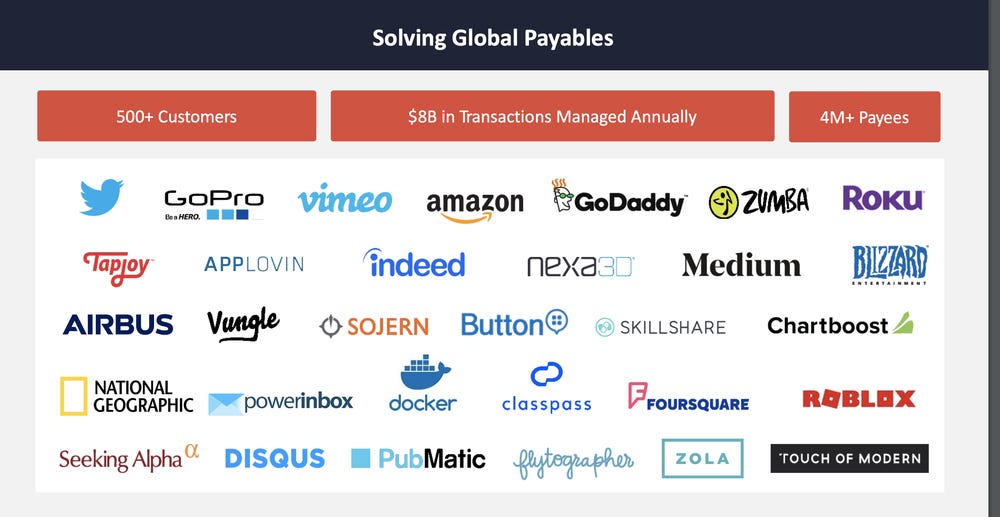 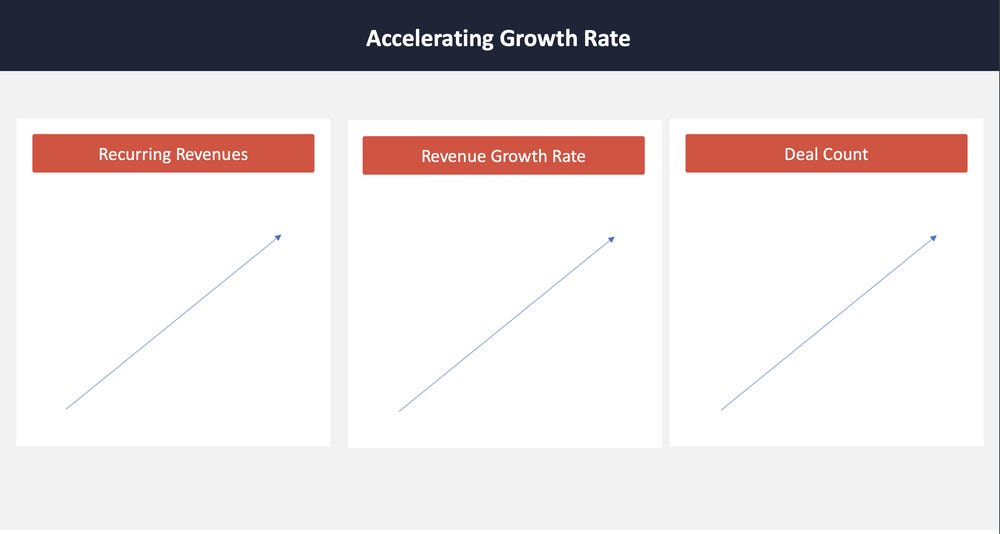 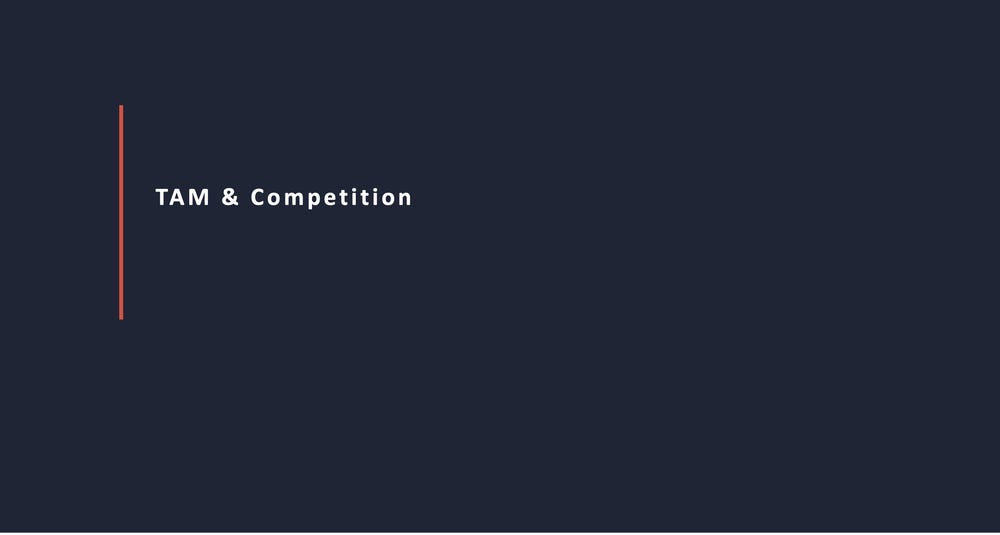 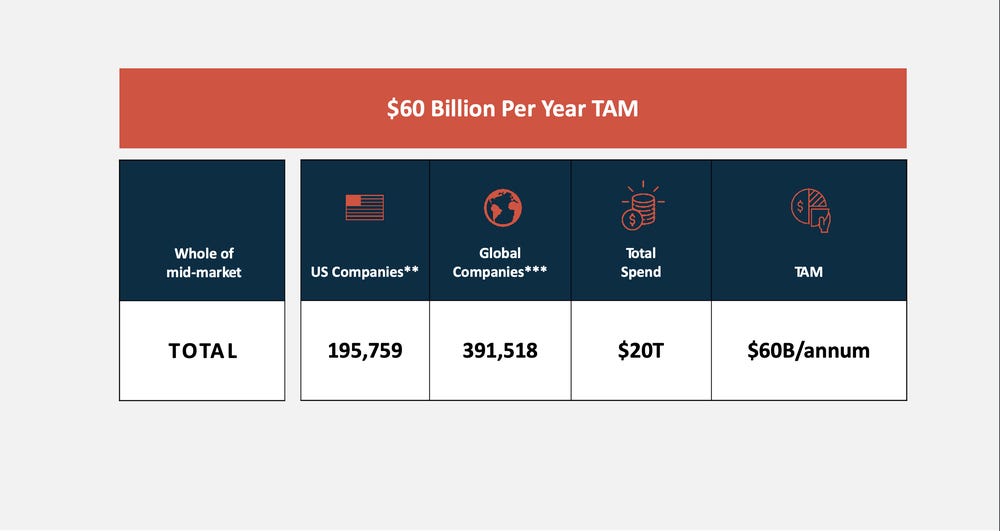 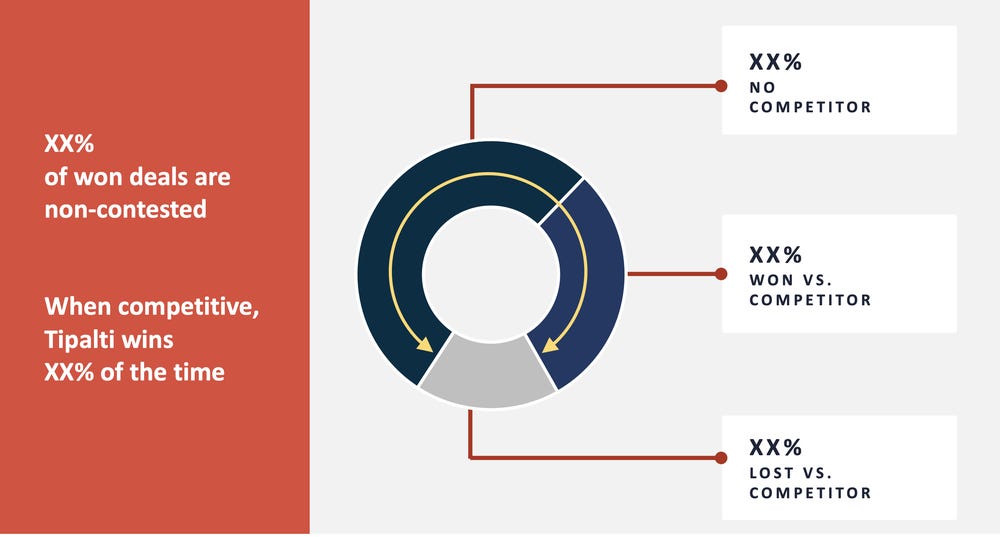 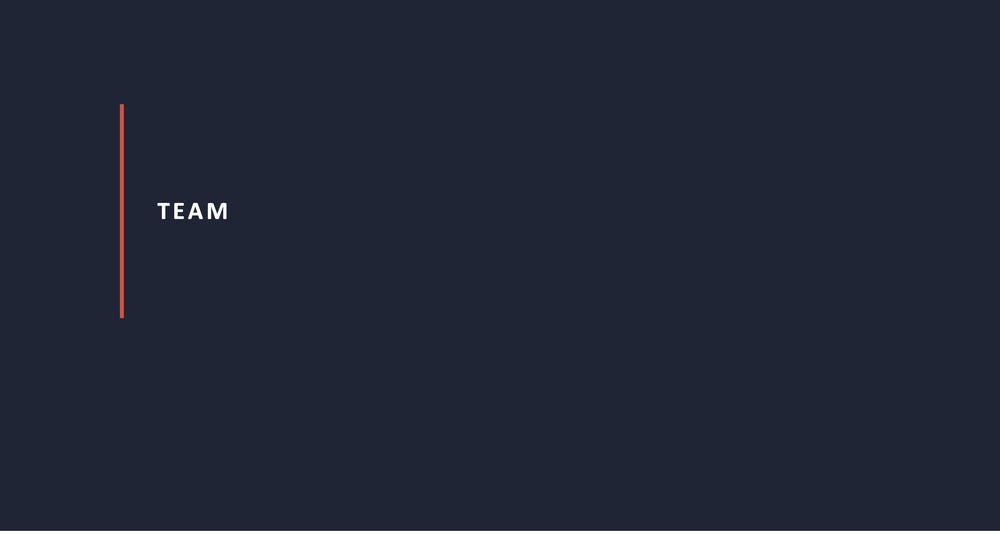 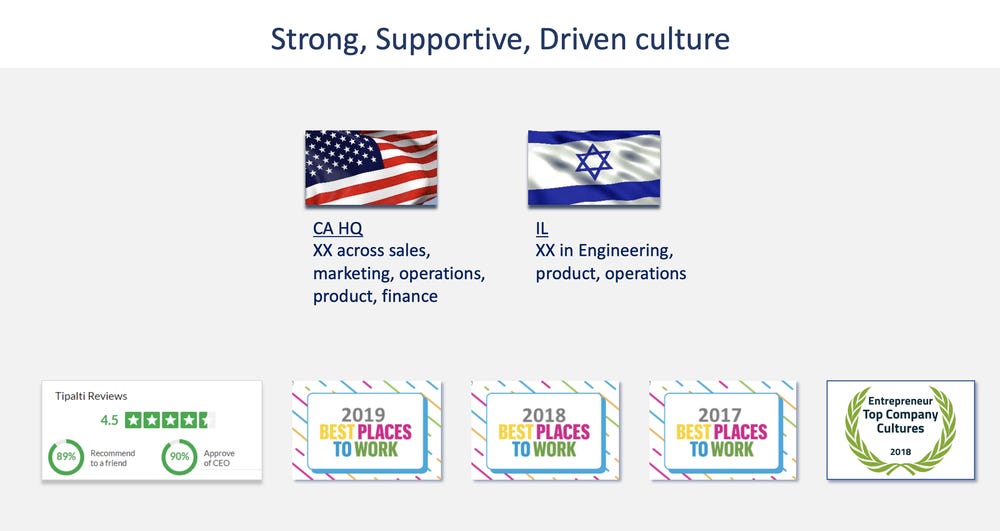 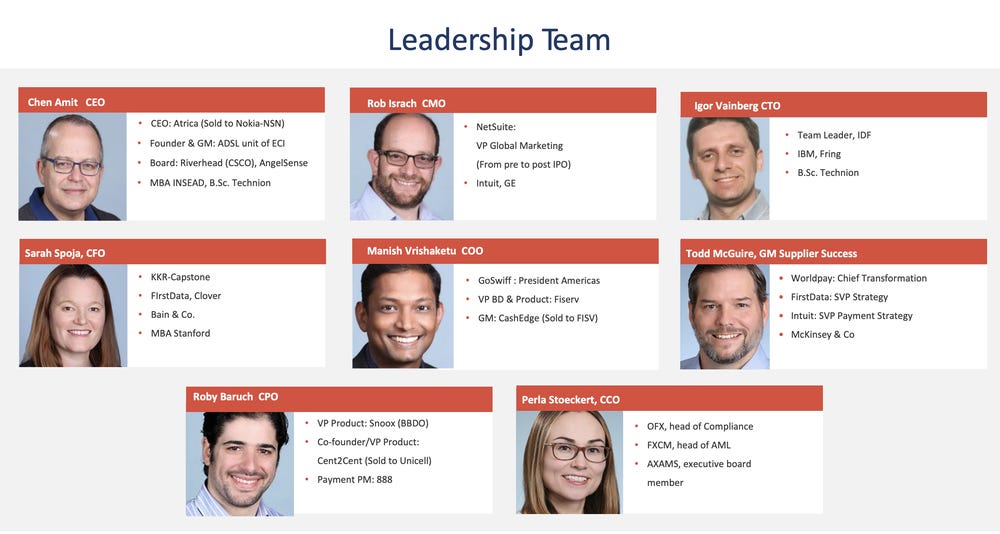 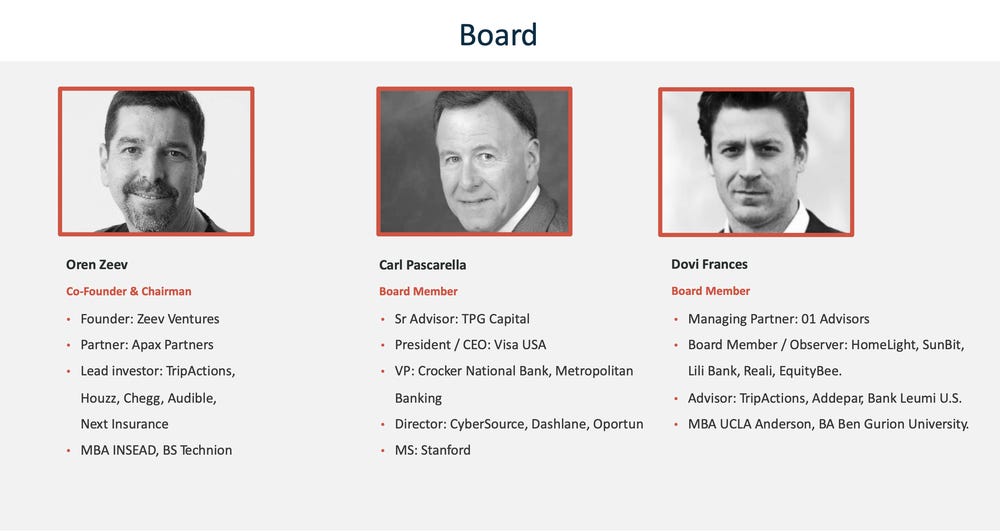 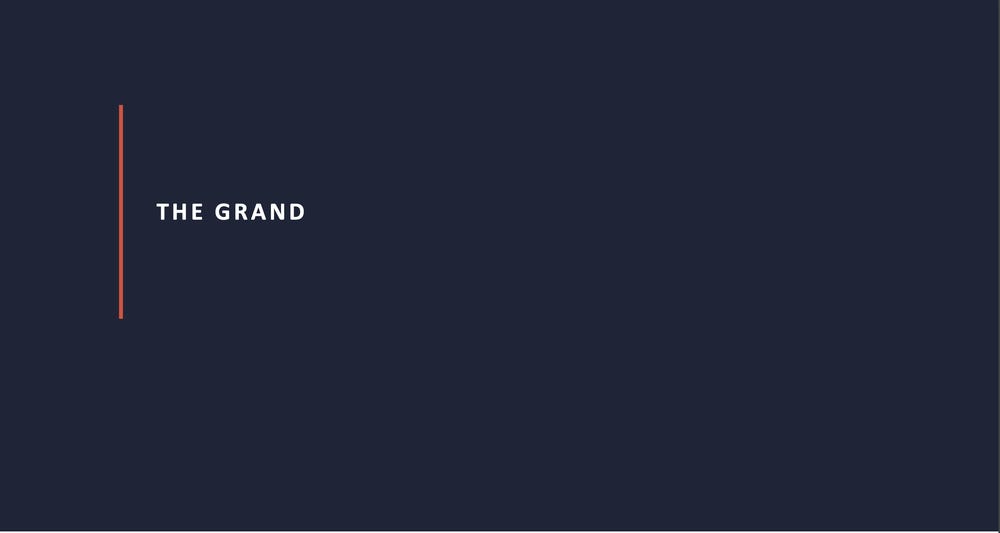 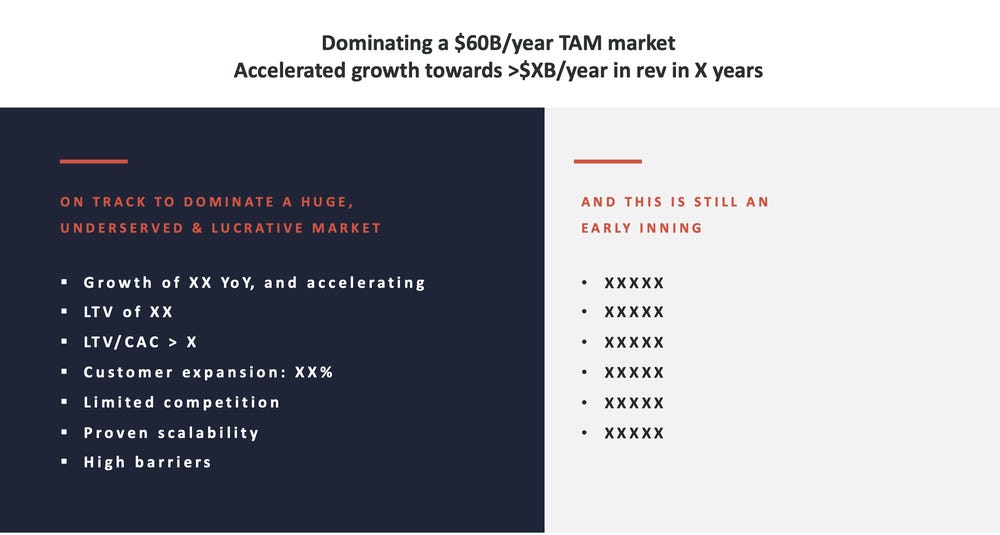