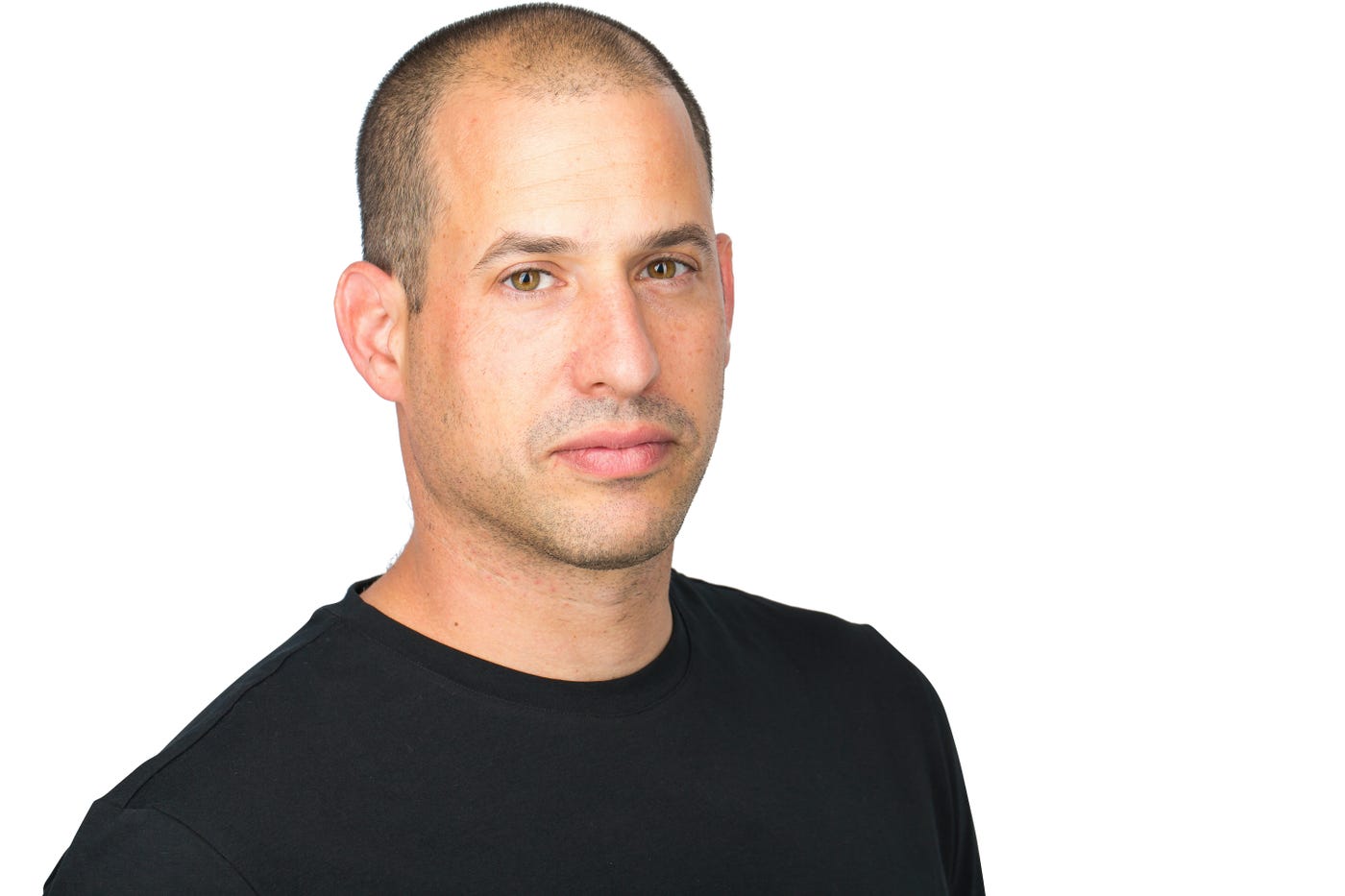 The so-called gig economy may be under growing scrutiny, but Shahar Erez doesn’t think the trend of companies hiring freelancers, rather than full-time employees, is going away anytime soon.

In fact, Erez thinks corporate demand for ad-hoc workers is only going to get bigger. And he thinks he can profit from it by providing a service that helps companies hire and manage freelancers.

Corporations “need to find a better way to tap into this — you know it’s almost an unlimited resource pool,” Erez, the CEO of Stoke Talent, told Business Insider in an interview earlier this month.

Erez cofounded Stoke in February and, with it, has built a human-resources software system that’s designed specifically to manage on-demand workers. Through Stoke, companies can find freelance designers, coders, and other kinds of workers; distribute required paperwork to them and help ensure that they complete and submit it; monitor freelance budgets; and pay workers.

The freelance market is growing

Stoke was a reaction, in part, to a growing market. California recently enacted a new law that places restrictions on companies classifying workers as contractors, rather than full employees. And there has been growing attention paid to the amount — often very little — that people actually get paid working for gig-economy companies such as Uber at DoorDash.

But there are more than 100 million freelance workers around the world, and that number has been growing much faster than the number of traditional employees, Erez said. And companies, which are looking for both flexibility and new skills, have an incentive to increase their use of such workers, he said.

Erez also formed Stoke in response to a need in the market. While companies are already hiring on-demand workers and likely will want to hire more, there just aren’t very good systems in place for most of them to manage their freelancers, he said. It’s not unusual for companies to rely on Excel spreadsheets or even Word documents to try to keep track of their on-demand workers, he said.

As a result, freelancers often aren’t getting paid on time, some are working without completed contracts, many have never signed a required nondisclosure agreement, and some still have access to internal corporate systems after they’ve completed their work for the companies, he said.

The process of managing freelance workers is “completely broken at almost every company that we interviewed,” Erez said, adding, “Across the board, there is complete chaos.”

Stoke itself is expanding

Instead, Stoke is teaming up with other marketplaces, making their freelancers available to its customers. Stoke’s clients can search across those marketplaces for particular kinds of workers. And then, once the clients find people to hire, Stoke’s service helps get them integrated into the company, ensure they receive and complete necessary paperwork, and pass background checks. Stoke even takes care of paying the workers.

Clients reimburse Stoke for those payments and then pay it a service fee for each freelance invoice it processes for them.

Stoke, which is based in Tel Aviv, Israel, brought on board its first customer for testing in September, Erez said. It now has five corporate customers and dozens more in various stages of getting set up or signed up for the service, he said.

The company is planning to lure in many more. It received $4.5 million in seed funding in April in a round led by TLV Partners that it’s using to build out its engineering team and step up its marketing efforts. It’s focusing on the US right now and in the process of opening an office in San Francisco. But it’s already getting inquiries from European companies who’d like to use its service, Erez said.

As part of its team, Stoke has eight employees and eight freelancers. It has hired on-demand designers and developers, some of whom work in its offices, while others work remotely, he said.

“We’re eating our own dog food, if you will,” Erez said.

Here’s the pitch deck Stoke and Erez used to raise its $4.5 million in seed funding: 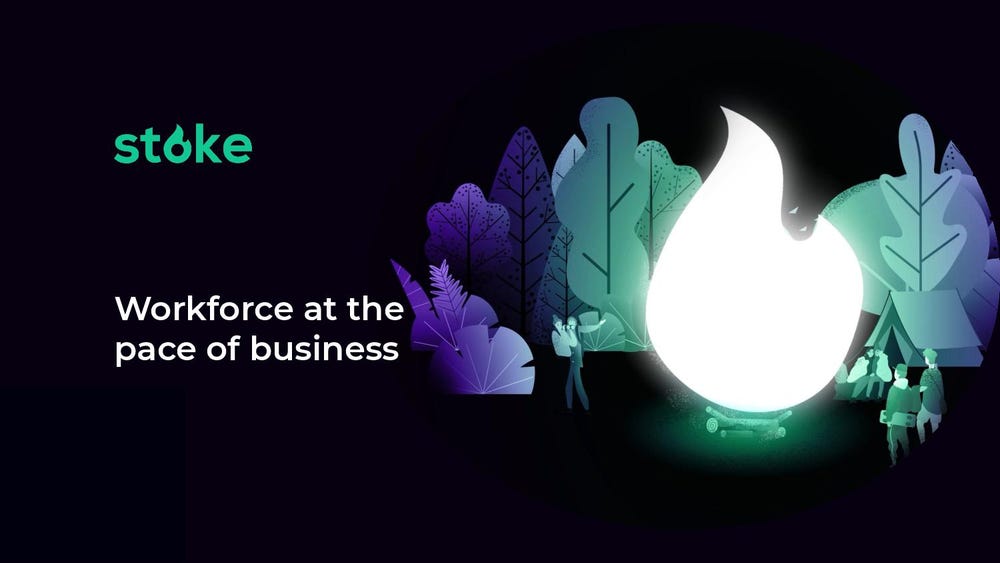 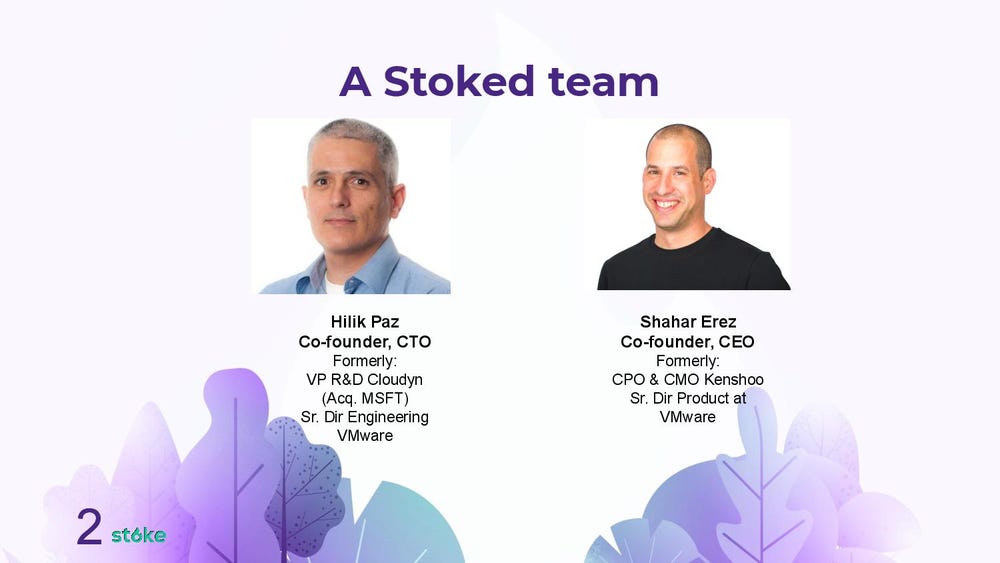 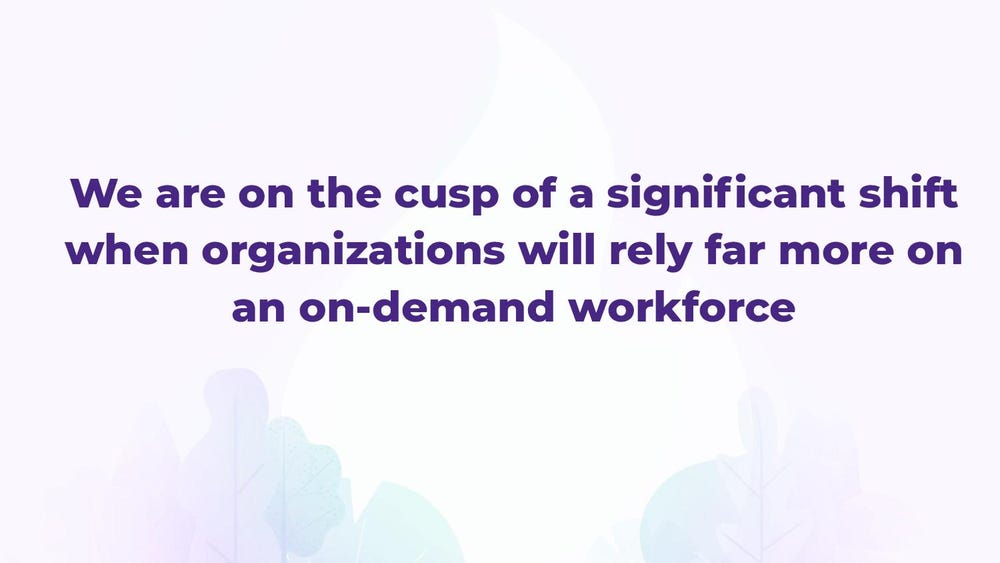 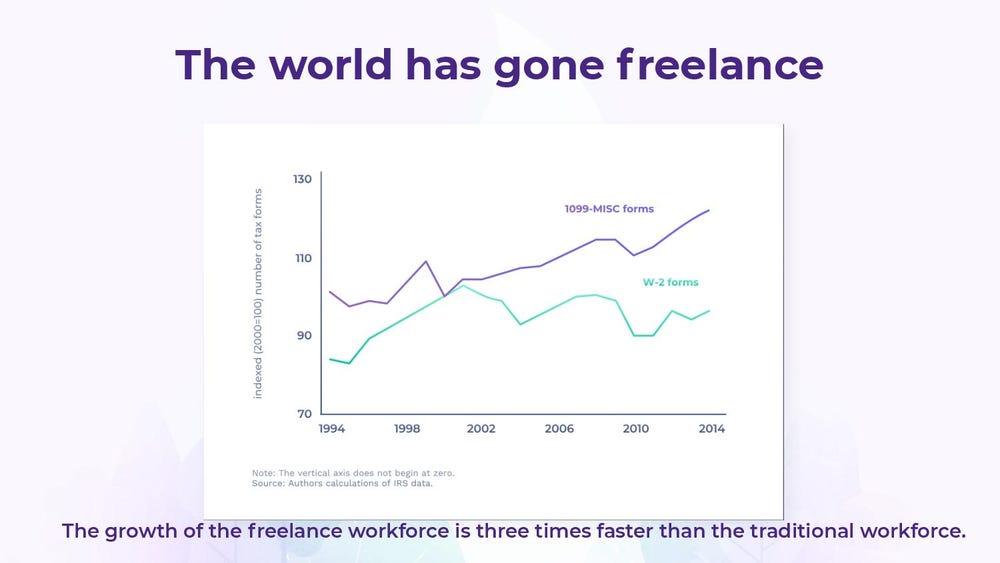 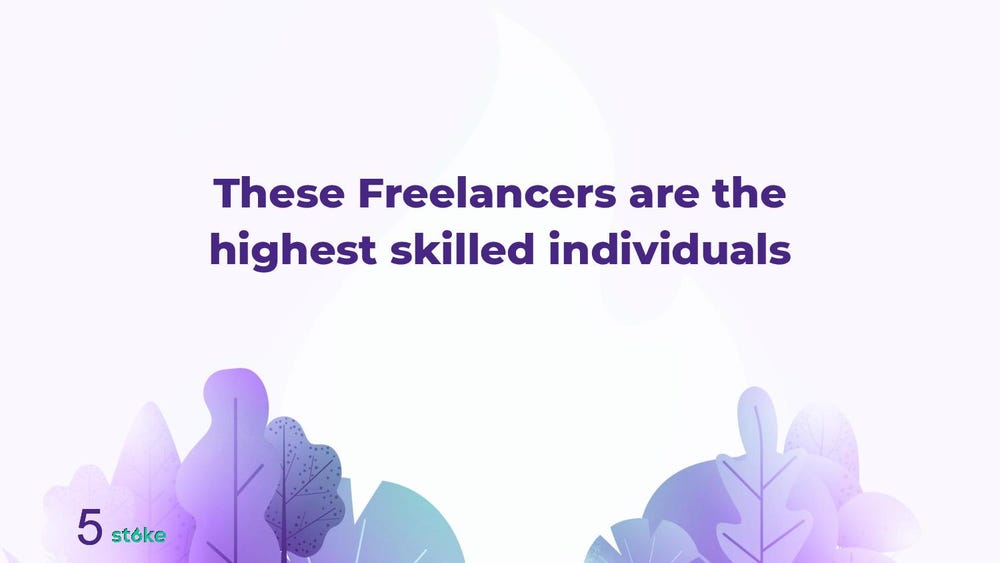 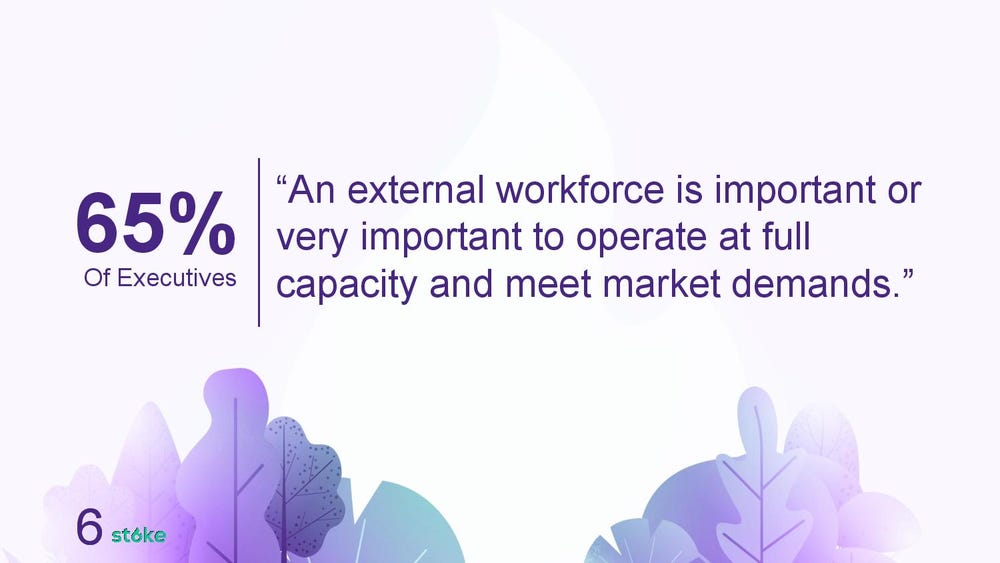 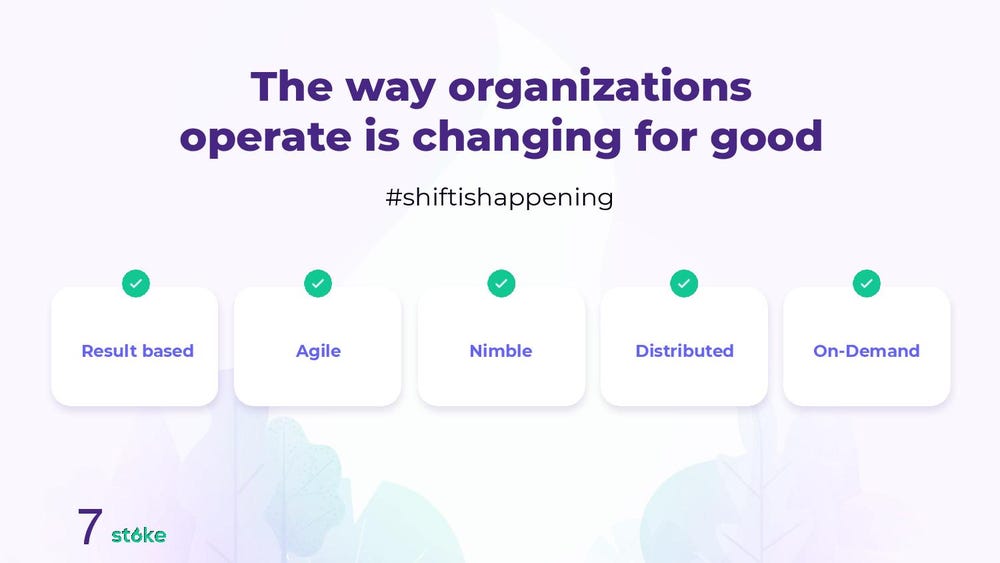 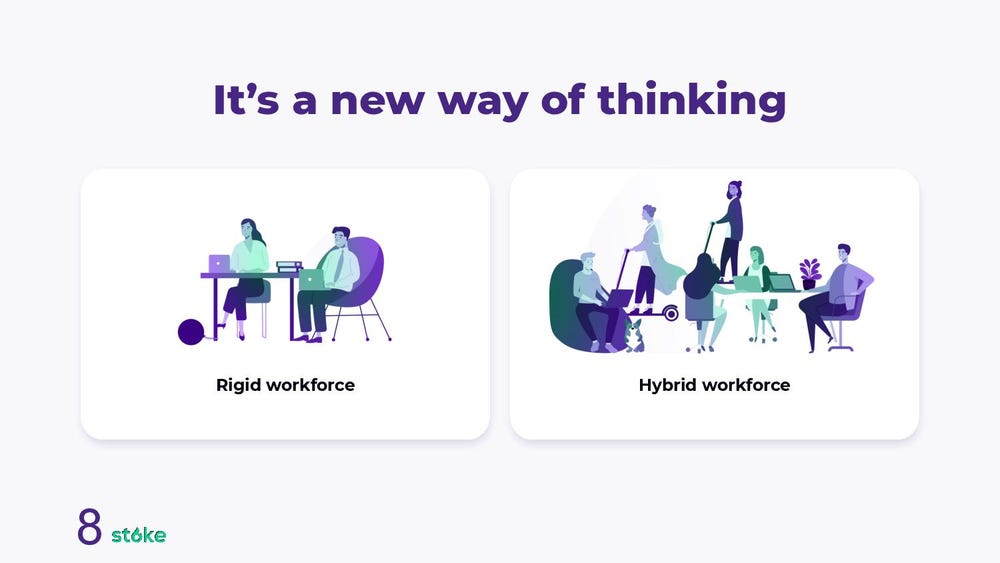 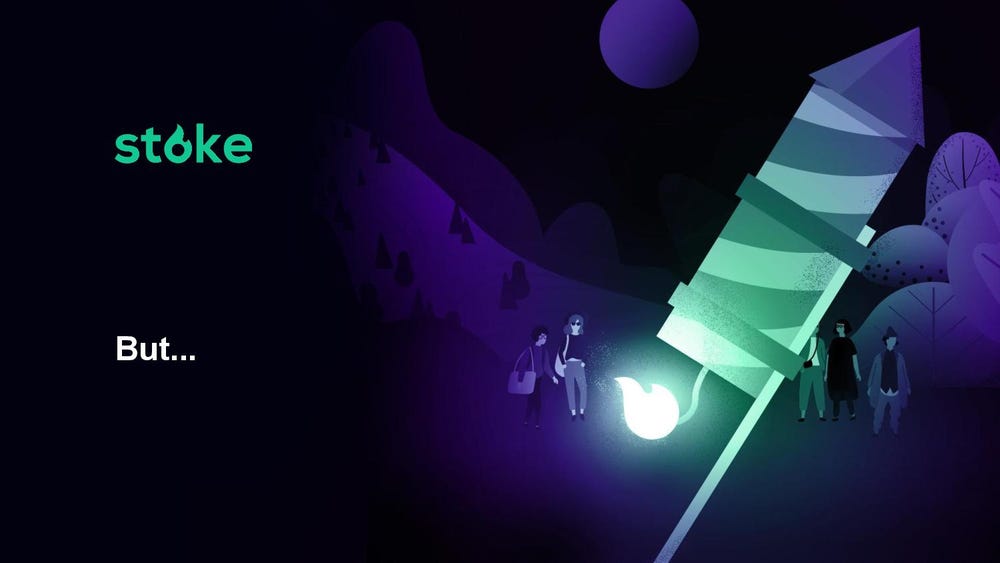 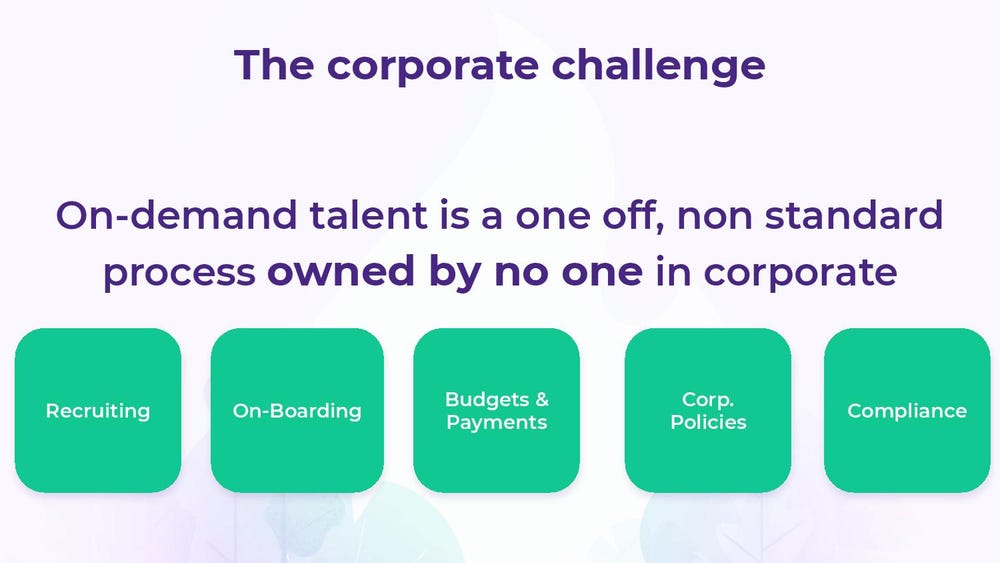 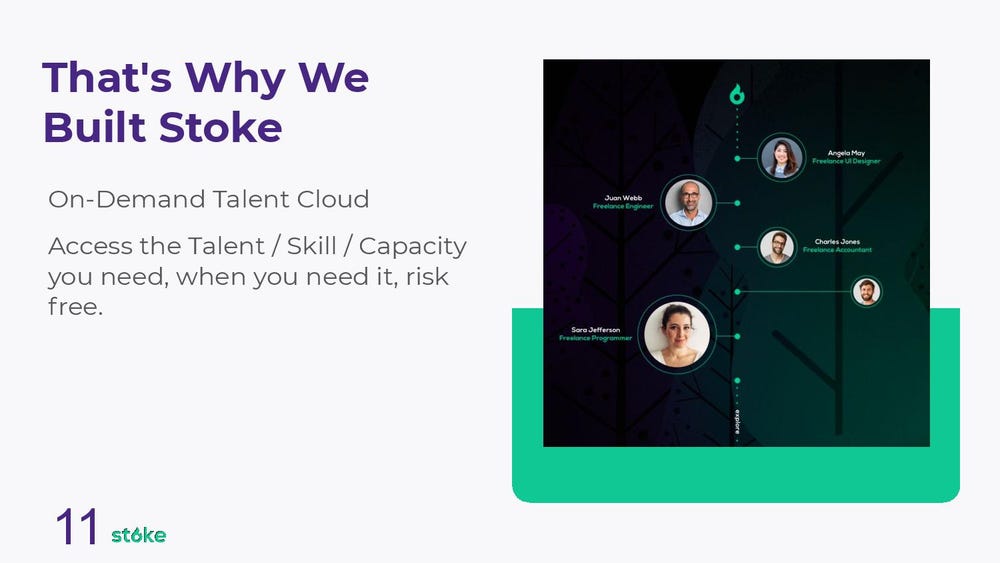 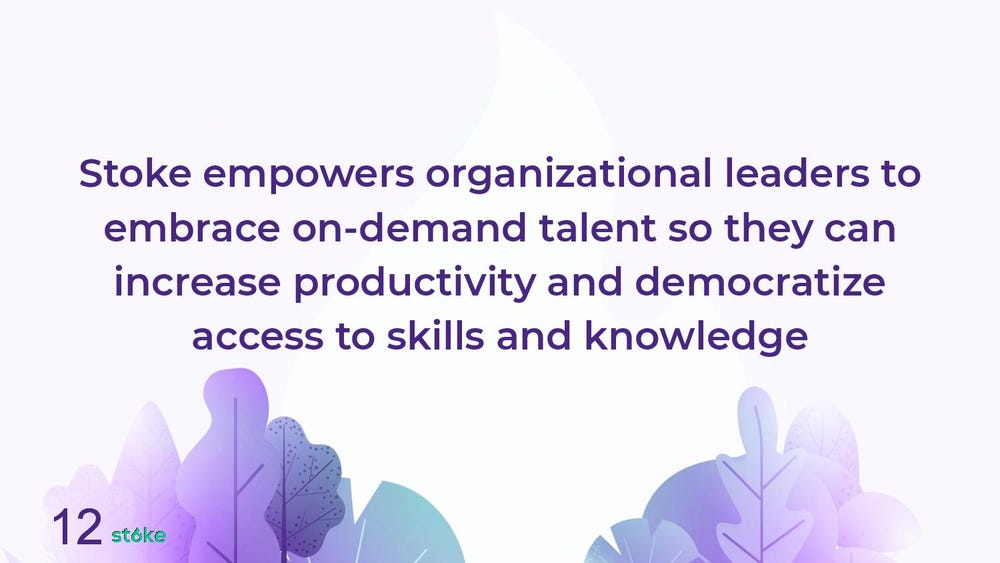 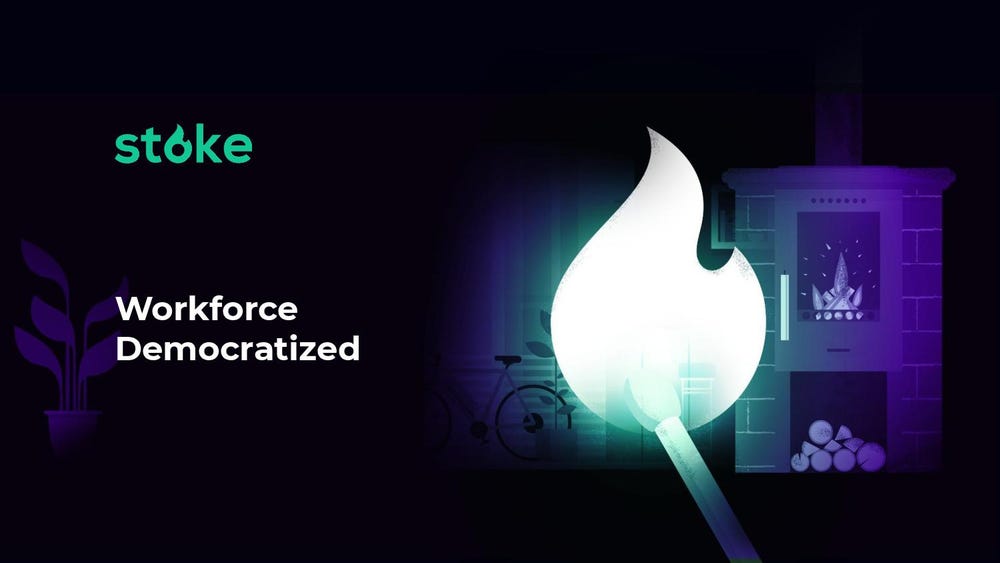 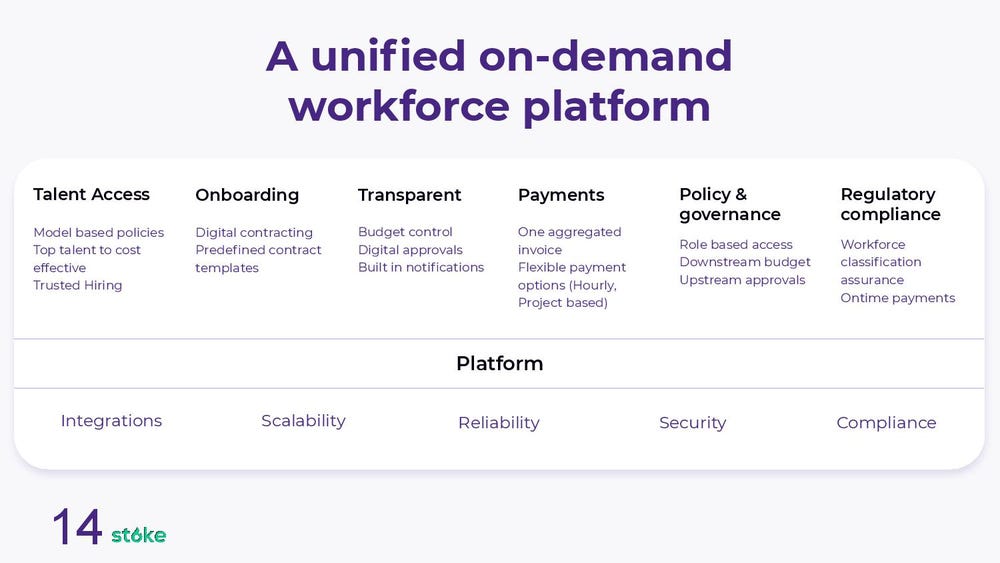 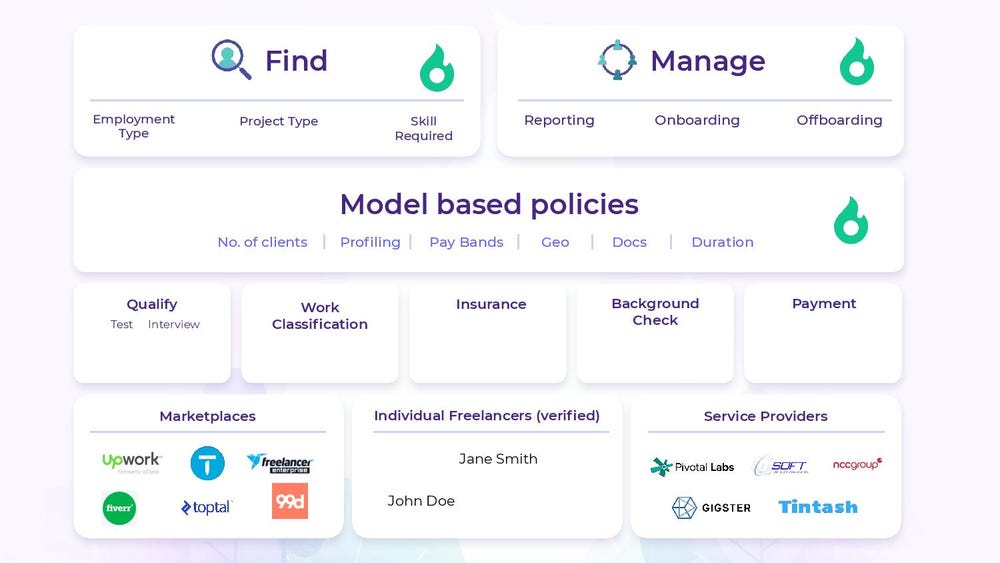 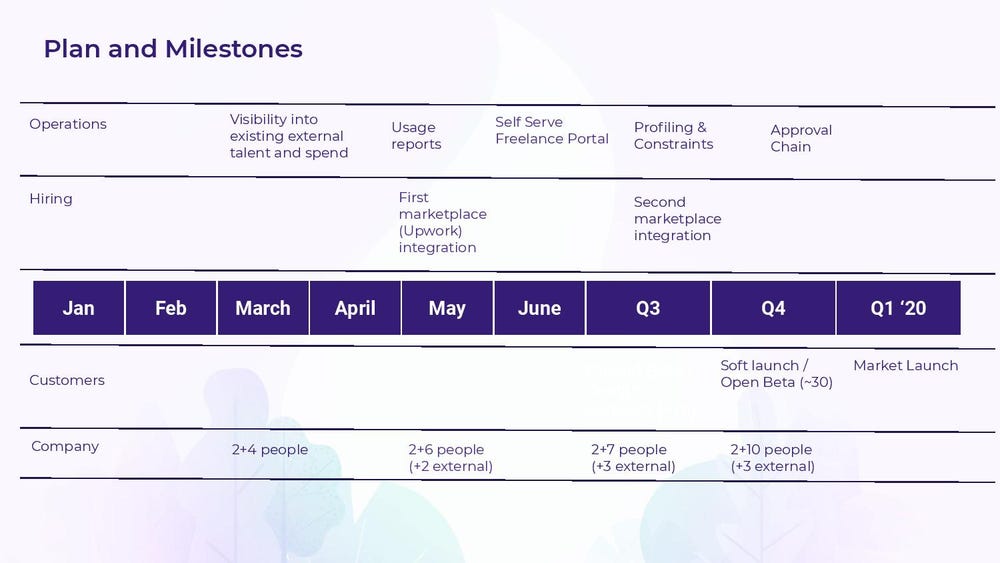 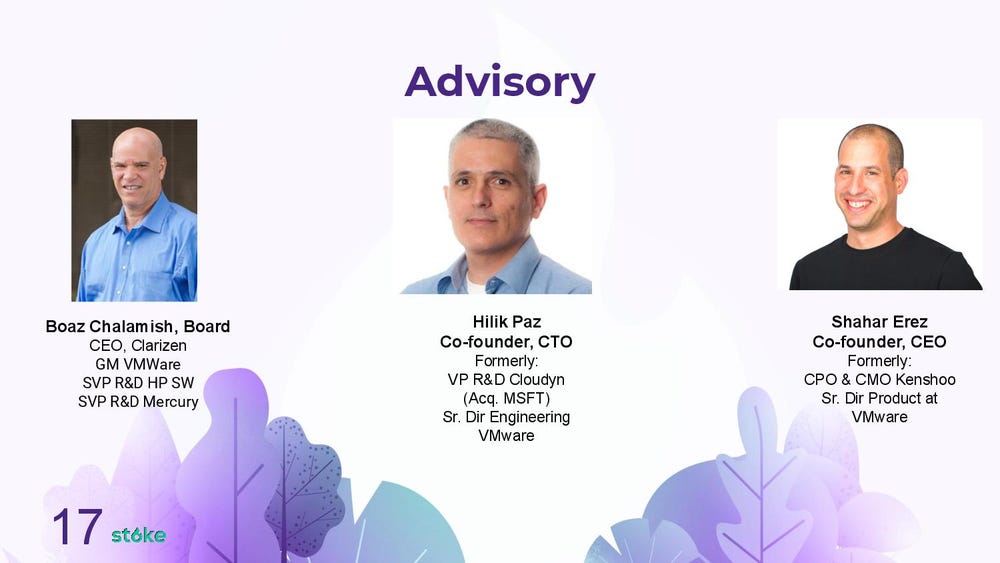 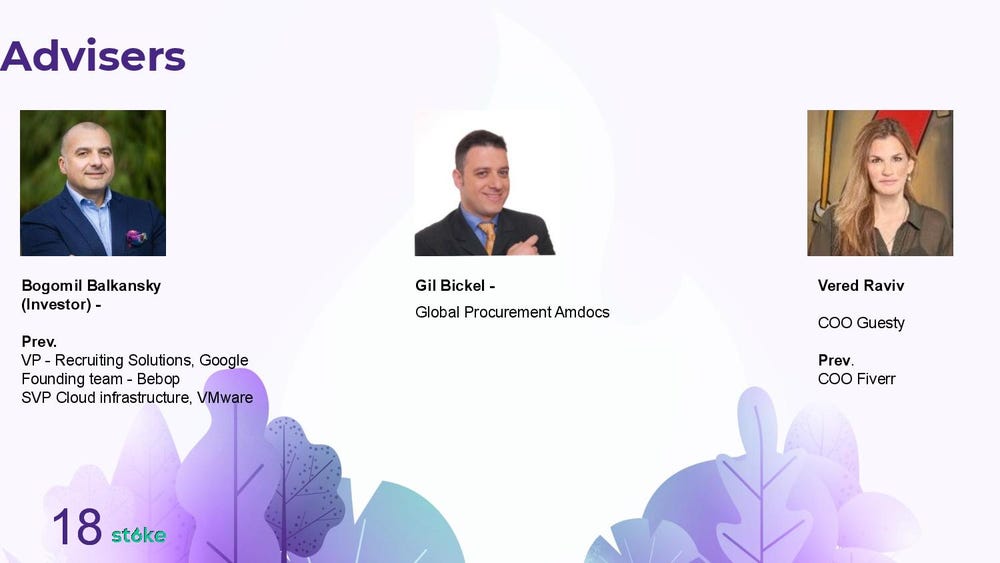 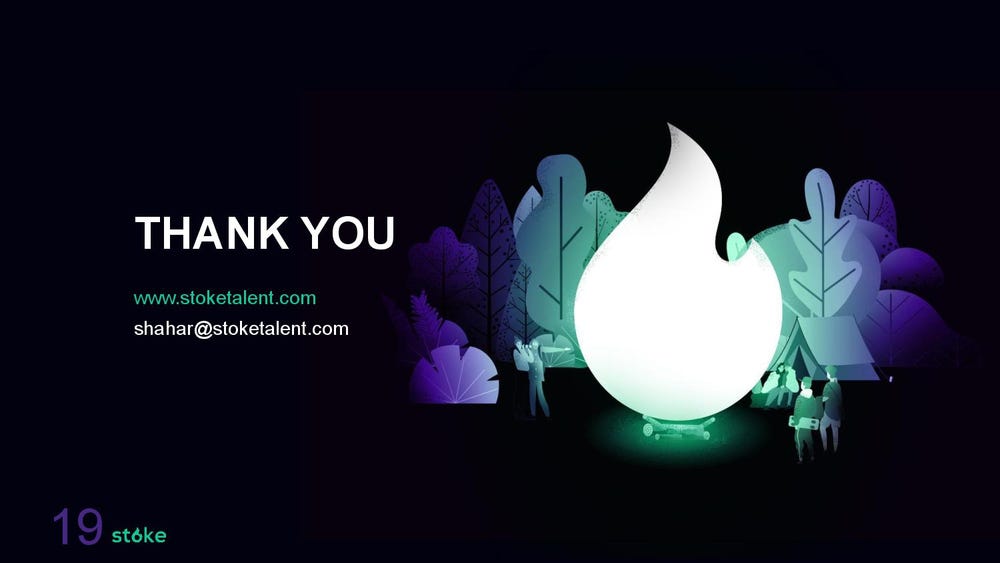