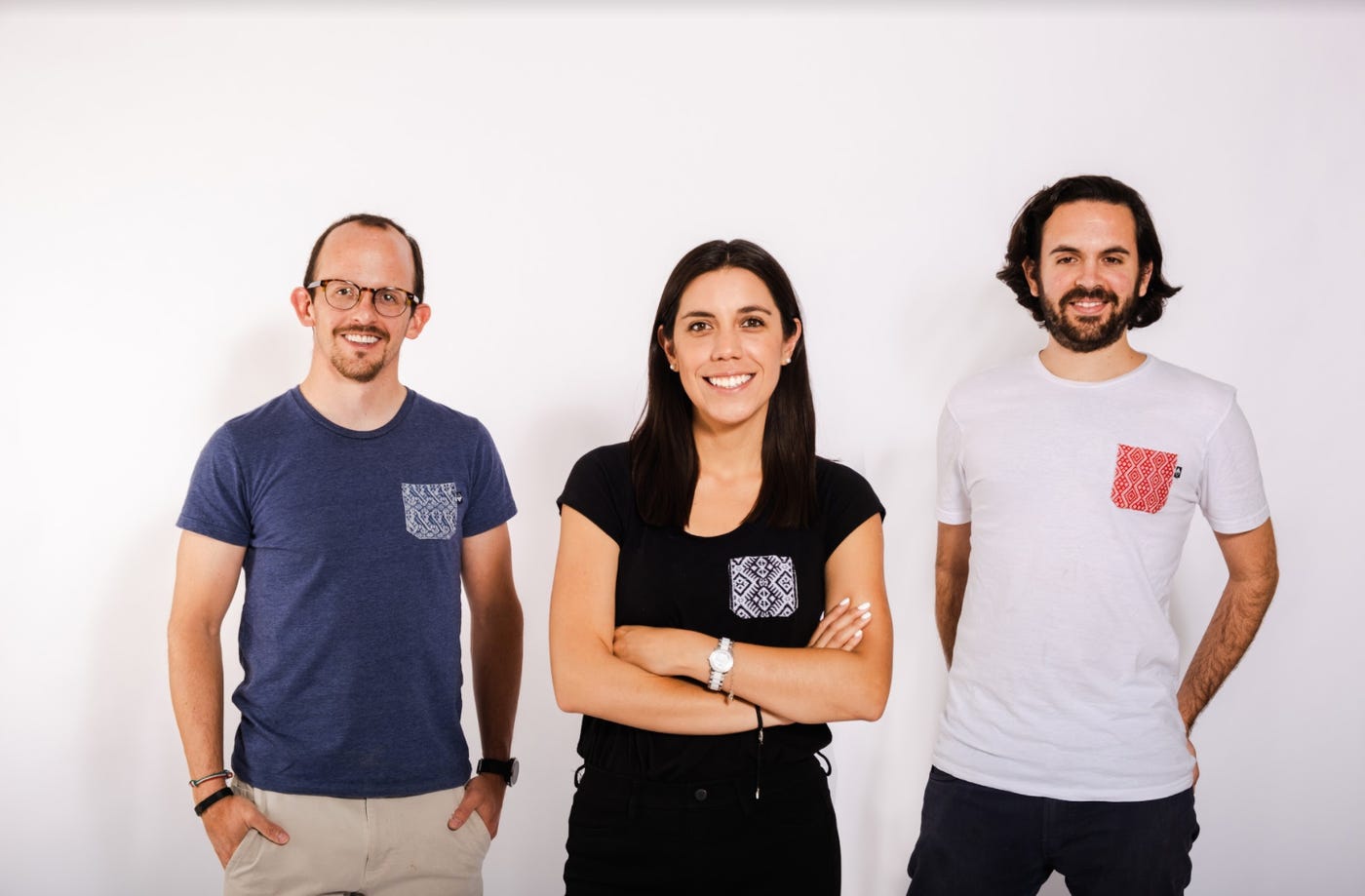 Mexico City-based ethical fashion startup Someone Somewhere, which sells clothes made by rural artisans, launched in the US on Thursday following a $1.7 million fundraise from investors including Louis Jordan, a former global VP of both Nike and Starbucks.

The brand sells clothes and accessories made by more than 200 artisans from indigenous Mexican communities. It hires artisans leaders of those communities, who split tasks into groups of five artisans. That way, the artisans can work from home and avoid long commutes to bigger cities.

As it launches in the US, it is expanding the number of artisans it works with to 300.

Its latest funding round was backed by impact investors PSM and Unreasonable Capital, as well as traditional VCs such as Dila Capital, GBM Ventures, Soldiers Field Angels, Kalei Ventures, as well as Jordan.

It plans to raise between $5 million and $7 million in a Series A round within a year.

For every 15 people who visit Someone Somewhere’s website, artisans get an average of an hour of work, the company told Business Insider. The artisans, previously in poverty, have seen an increase of 300% in their monthly salary since they have started working for Someone Somewhere, it said. One in every 25 people globally is a struggling artisan, according to the council of fashion designers of America.

Someone Somewhere is a “Certified B Corp,” a label that shows it has proven itself to benefit not only shareholders, but workers, communities, the environment, and customers.

The company told Business Insider it was hoping to capitalize on millenials’ growing interest in the social impact of their fashion purchases.

Here’s an exclusive look at the pitch deck it used to bring investors on board. 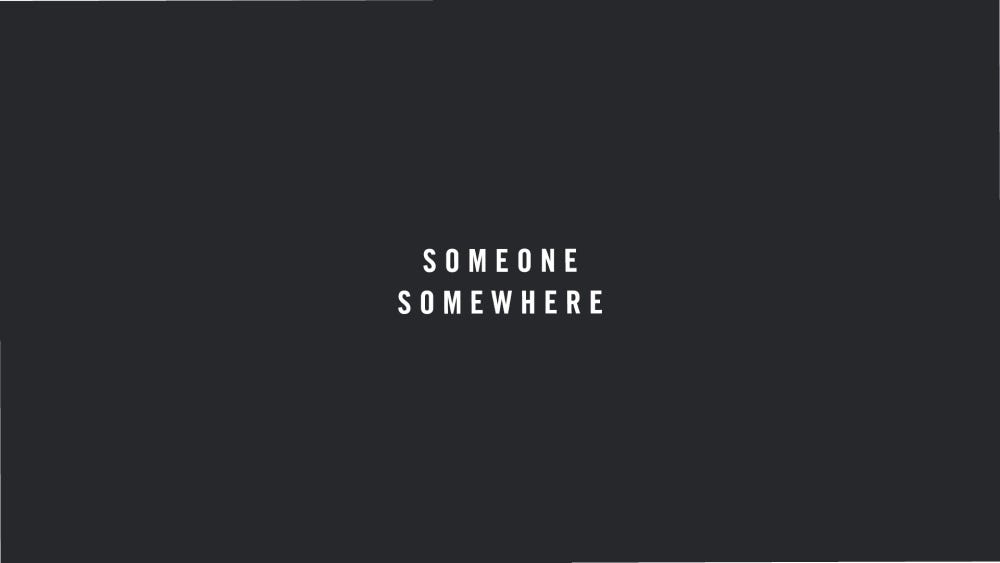 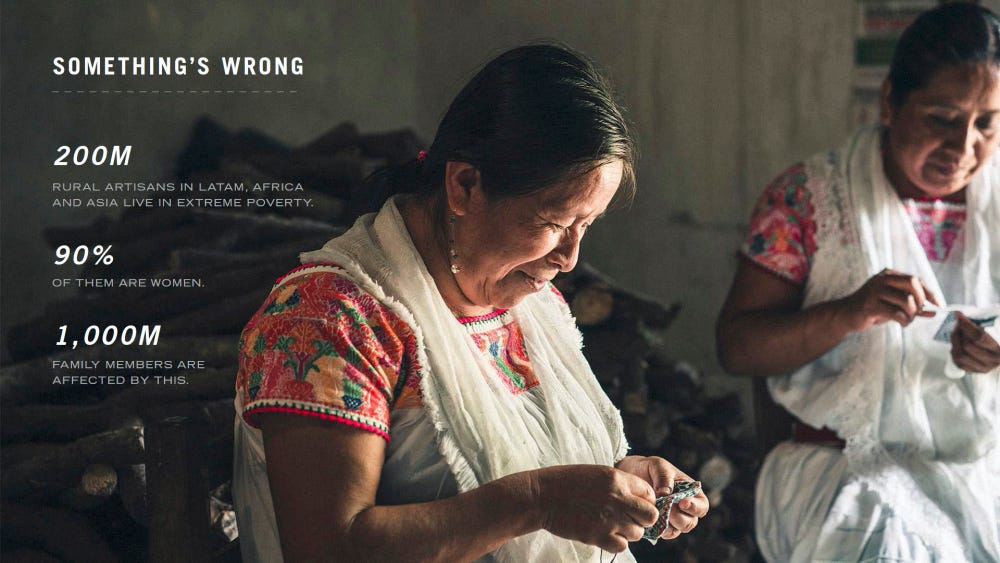 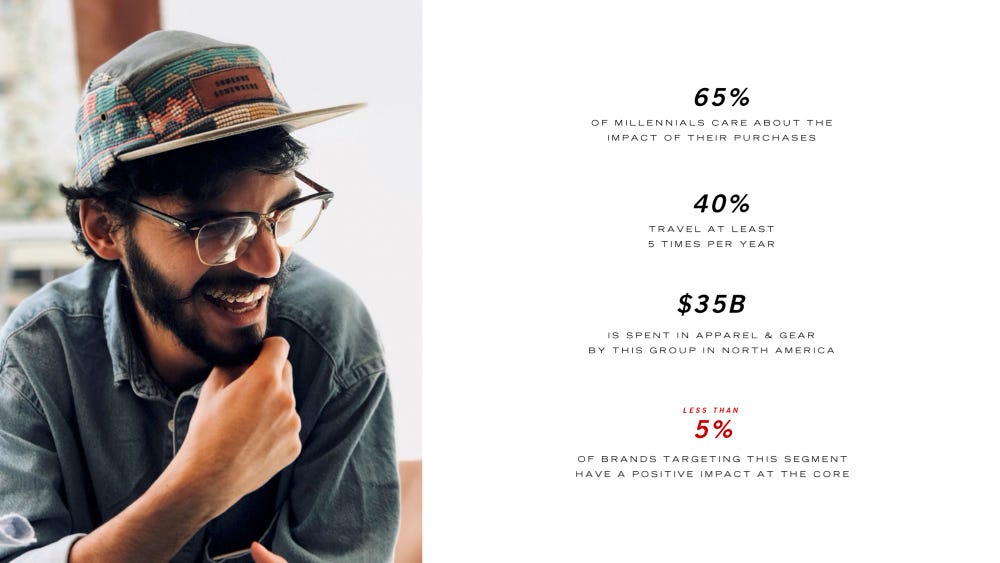 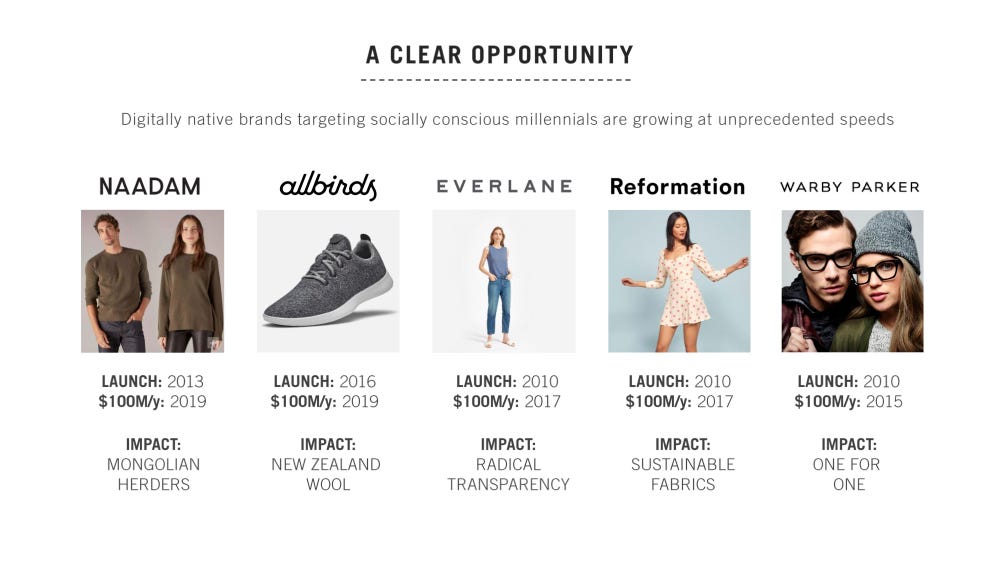 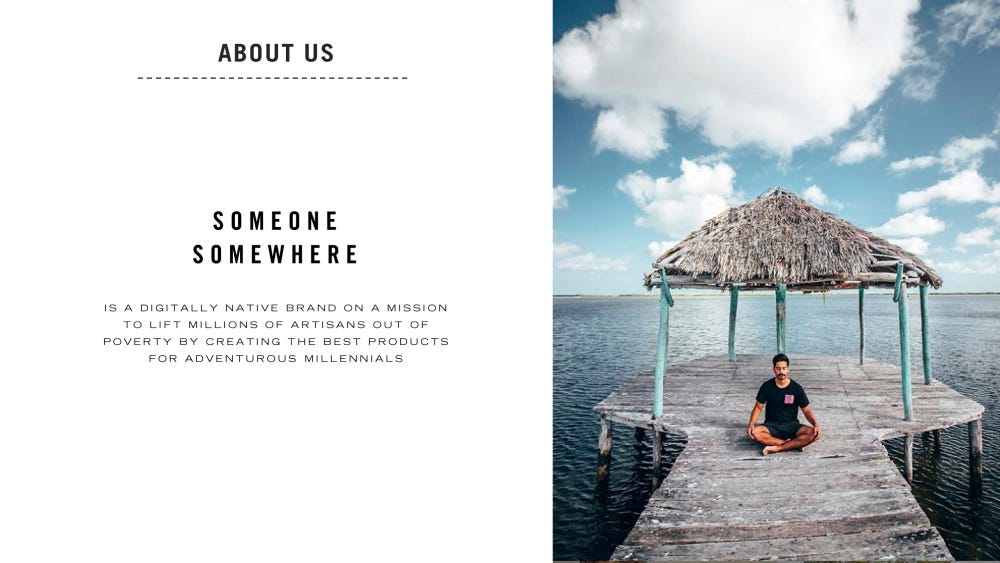 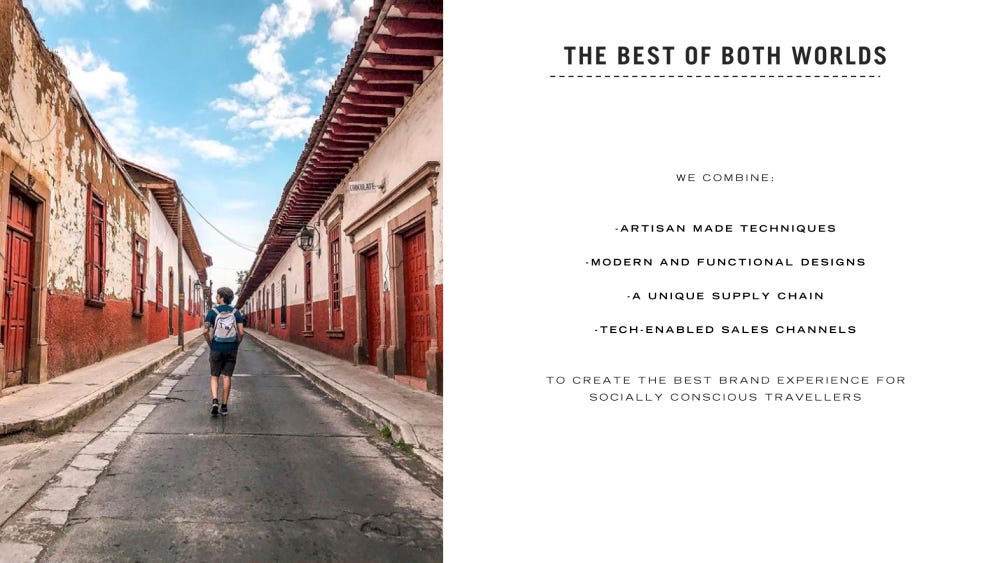 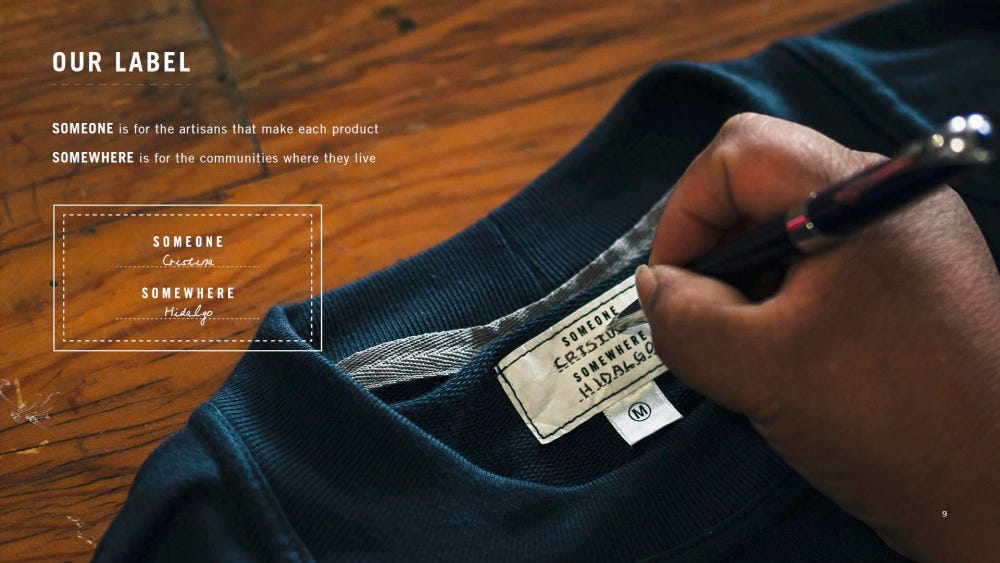 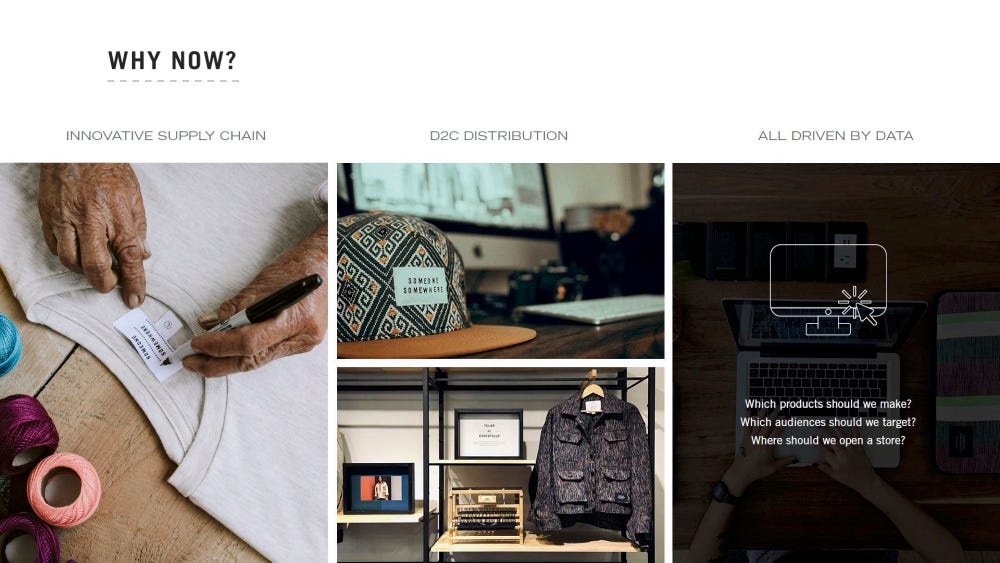 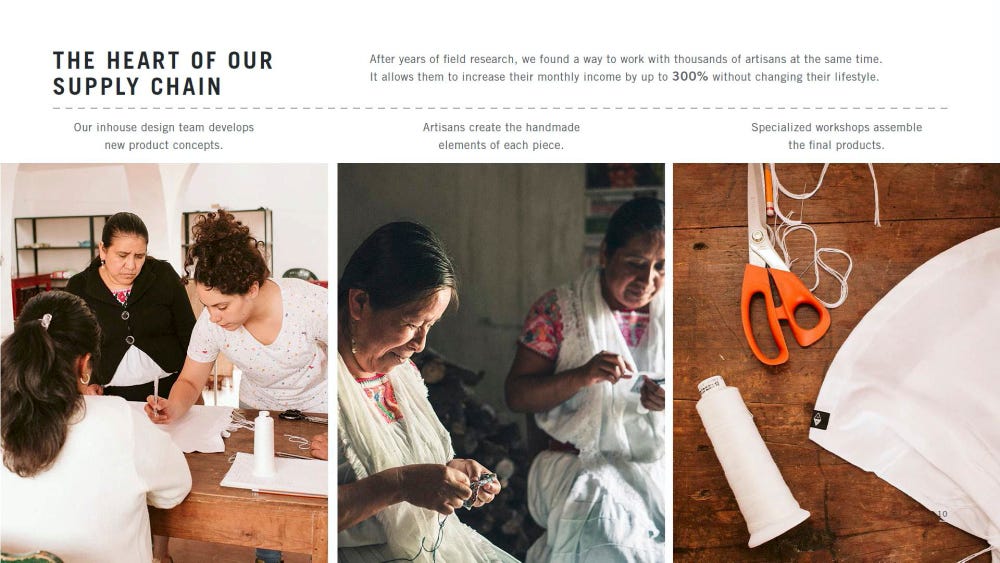 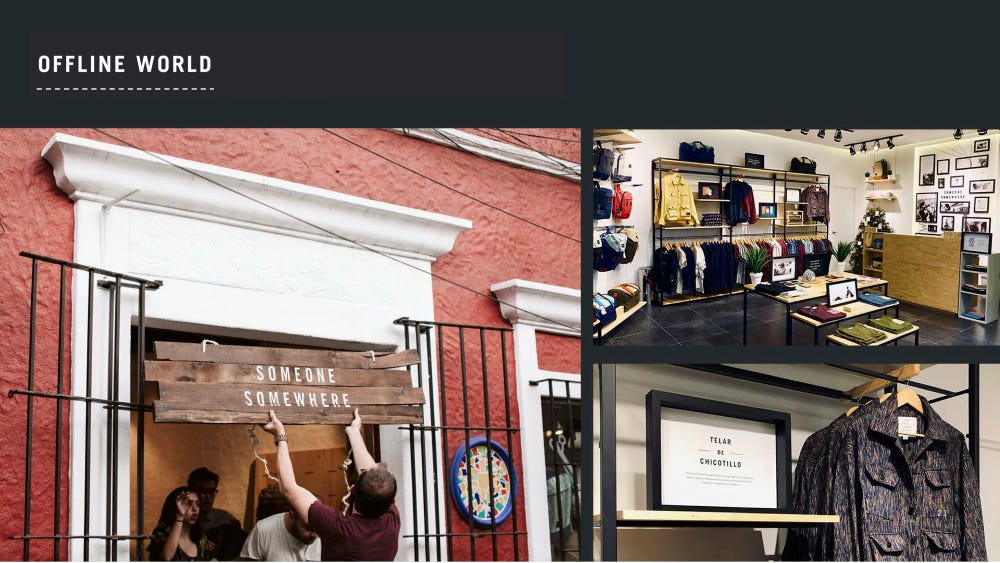 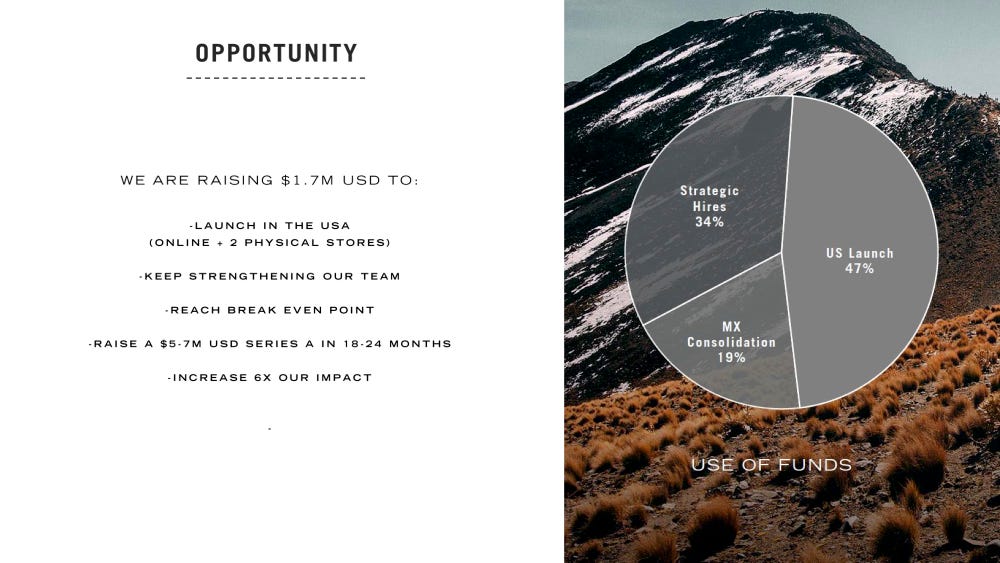 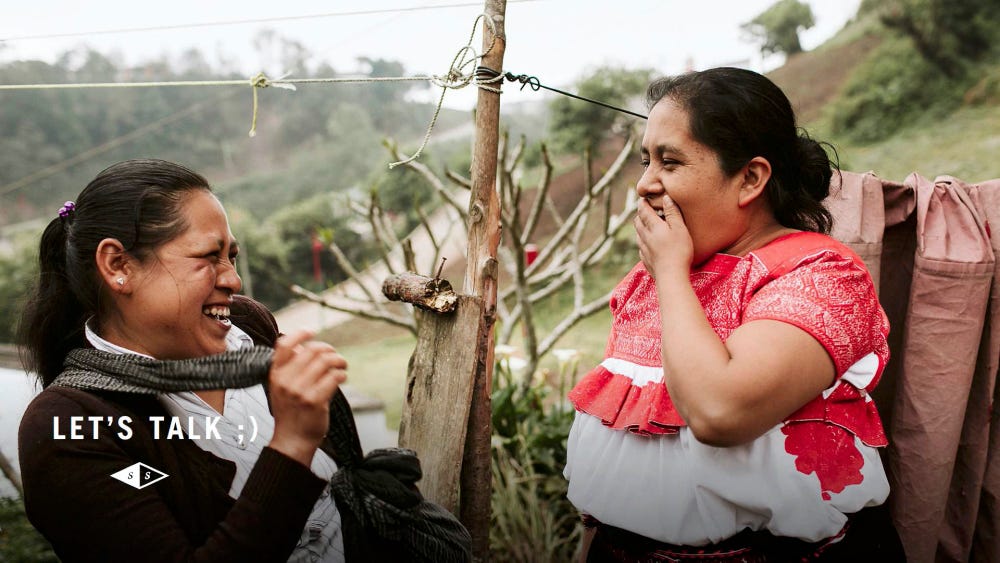