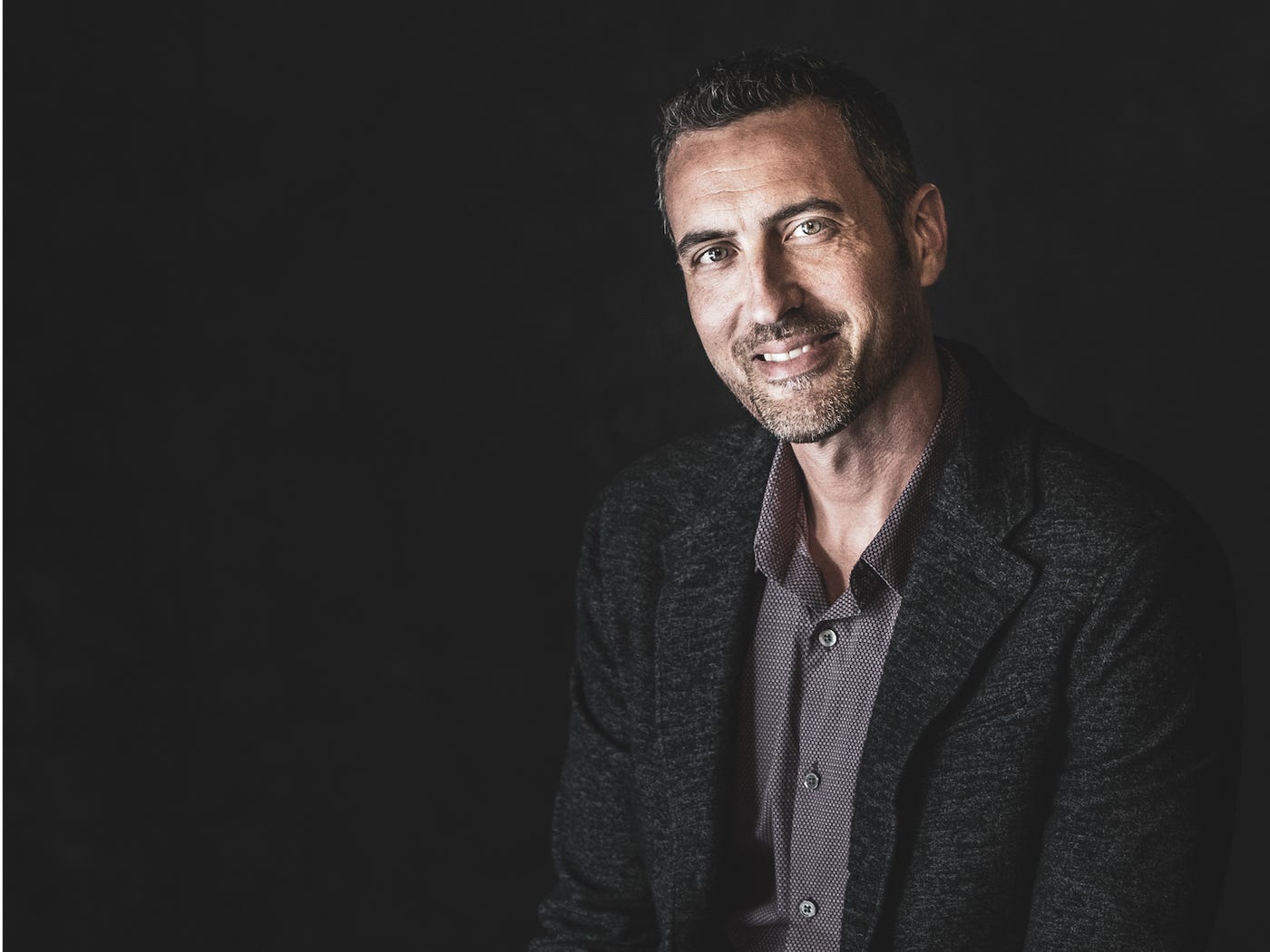 A startup that functions as both data storage and cybersecurity believes its approach is the key to how companies will protect information in the future.

RackTop Systems pitches itself as a pioneer in “CyberConverged” data security. Instead of focusing on protecting the edge of the network with an outside-in approach, RackTop embeds advanced security and compliance capabilities directly into the system that holds the data, Eric Bednash, CEO and cofounder of RackTop, told Business Insider.

“We can protect that data as close to the source or where it lives. We can increase our ability to defend against threats. We can increase our cyber hygiene. We can enable compliance,” Bednash said. “These things get very hard to do when you’re looking outside in at the data. If you put these controls and capabilities directly within the data system, you’re able to actually solve the problem and it gets very easy for the customer.”

While RackTop’s addressable market is wide — Bednash said it’s “anybody who cares about their data” — the startup has gained traction with those most susceptible to ransomware attacks or data breaches. Specifically, small health organizations, municipalities, government agencies and universities are the customer segments RackTop has targeted.

To be sure, Bednash said the eventual goal would be to grow in size to work with companies in healthcare or financial services, but acknowledged those sales cycles can sometimes take up to two years.

A report from research firm International Data Corporation in October 2019 found that spending on security products and services would reach $106.6 billion in 2019, and was on pace to grow to $151.2 billion by 2023.

In March 2019, RackTop raised $15 million in a Series A round led by Razor’s Edge Ventures and Grotech Ventures. While RackTop had the benefit of being more established than a traditional startup raising a Series A — it was founded in 2010 and already on its third generation of a product — Bednash said the round proved tricky for other reasons.

The data storage industry has seen its fair share of failures over the past decade, Bednash said, making investors gun-shy. Meanwhile, the cyber space is still fairly new and continues to evolve. And for those who do have a strong understanding of the market, it’s mostly around companies taking an outside-in approach, he added.

“Leading up to our Series A, it was definitely a challenge when you’re trying to carve out a new market between two markets that traditionally don’t have a solid understanding of each other,” Bednash said.

Some of RackTop’s eventual investors had success investing in data storage startups in the past. Others shared similar experience as Bednash and fellow cofounder Jonathan Halstuch, who serves as RackTop’s chief technology officer, in the intelligence community.

One RackTop backer, Gula Tech Adventures, a venture-capital firm that invests in cyber startups, was founded by Ron Gula, a former hacker for the National Security Agency, and his wife, Cyndi.

Here’s the pitch deck RackTop Systems used for its Series A.

Certain numbers/names have been excluded from the pitch deck due to sensitivities. 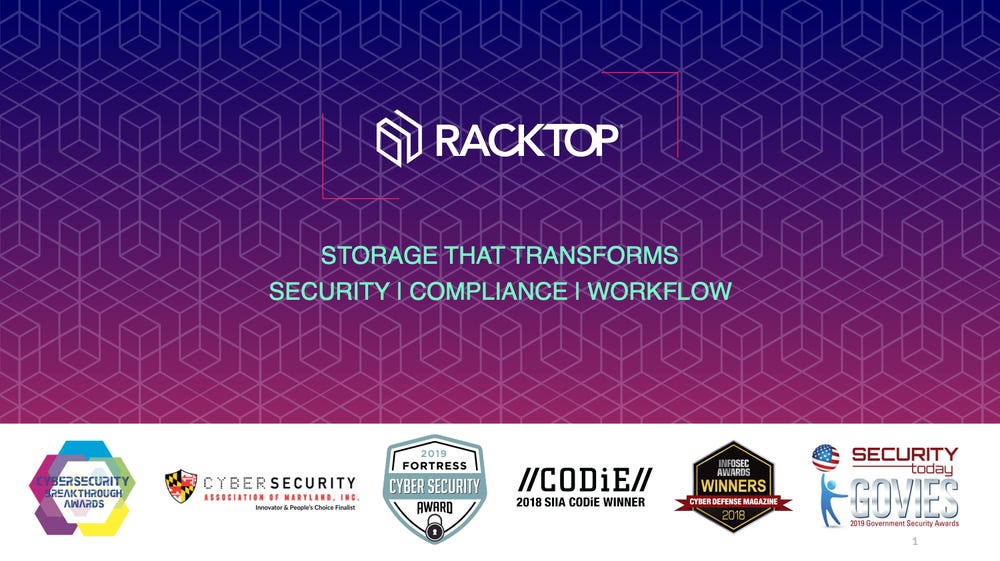 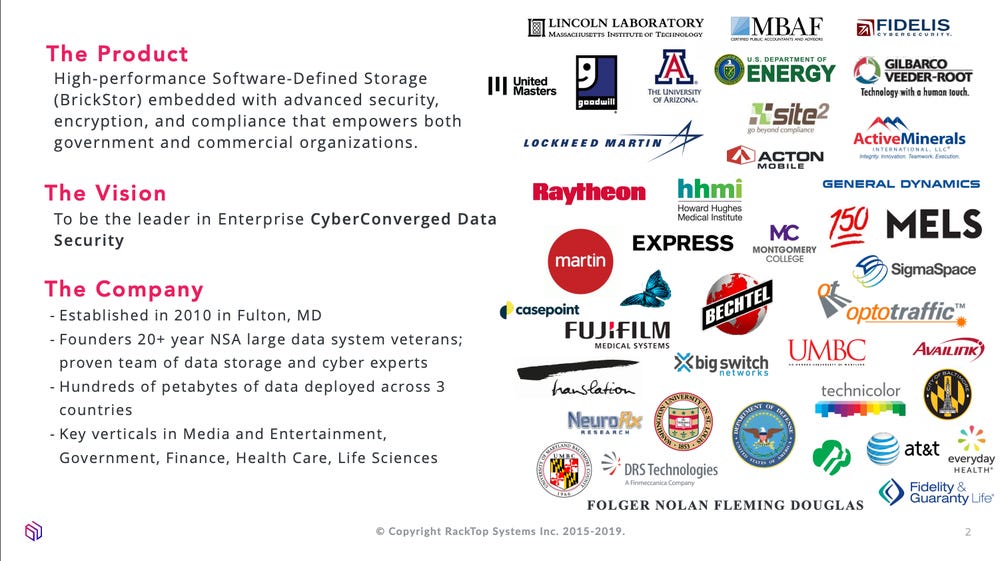 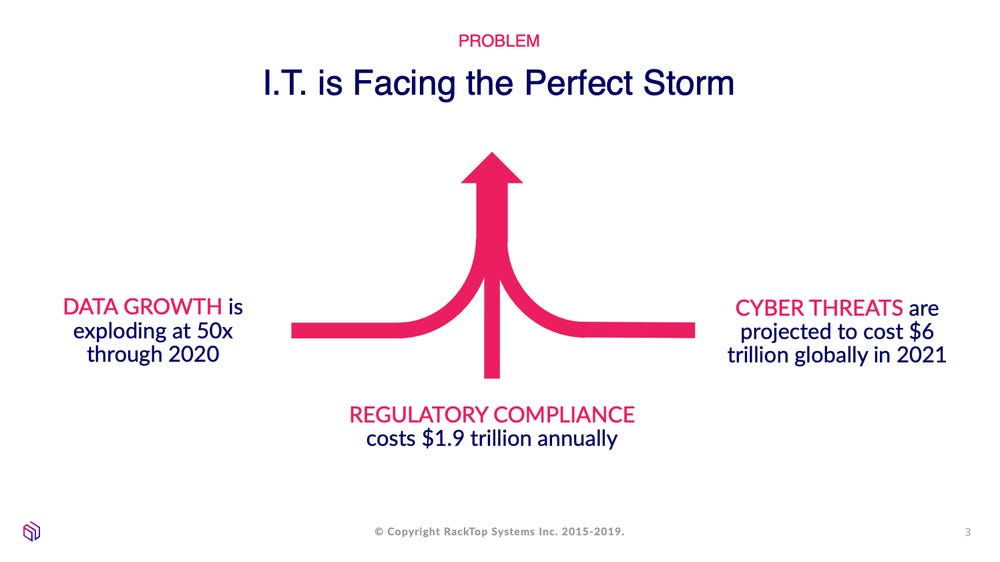 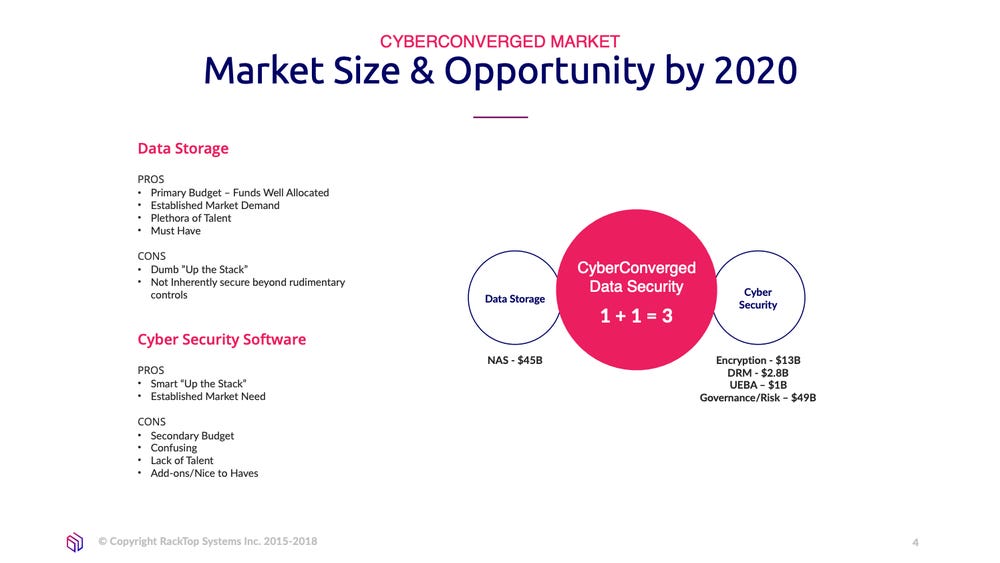 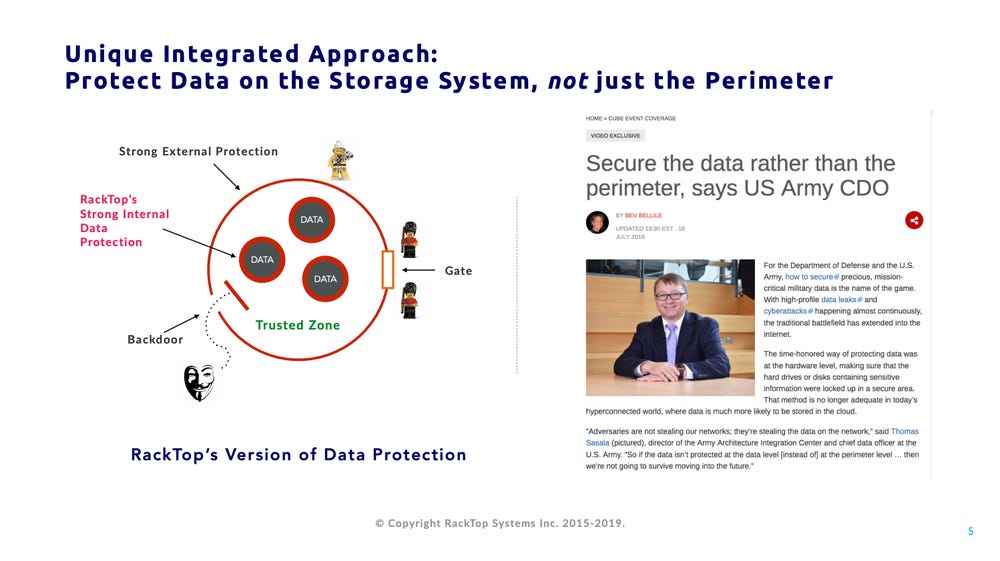 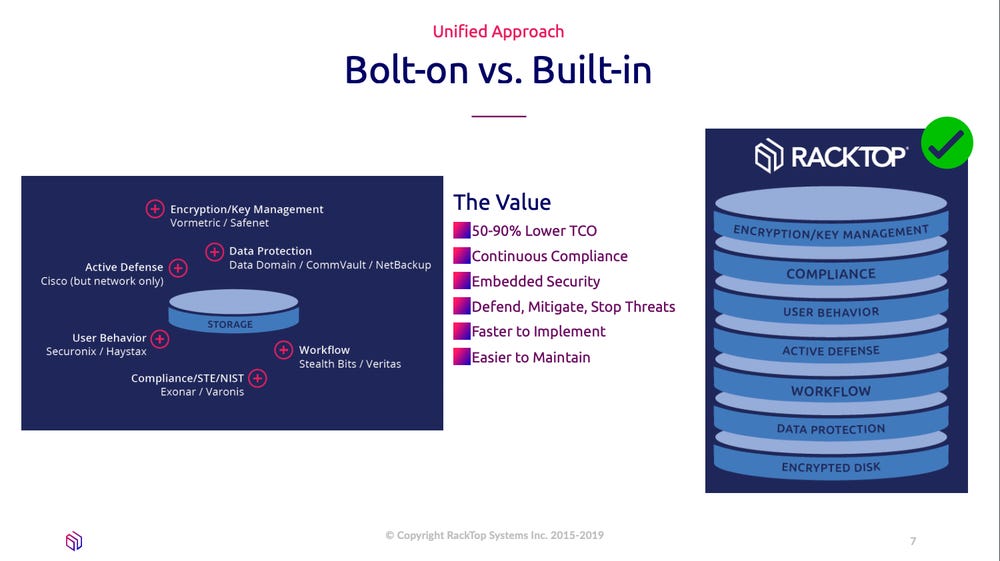 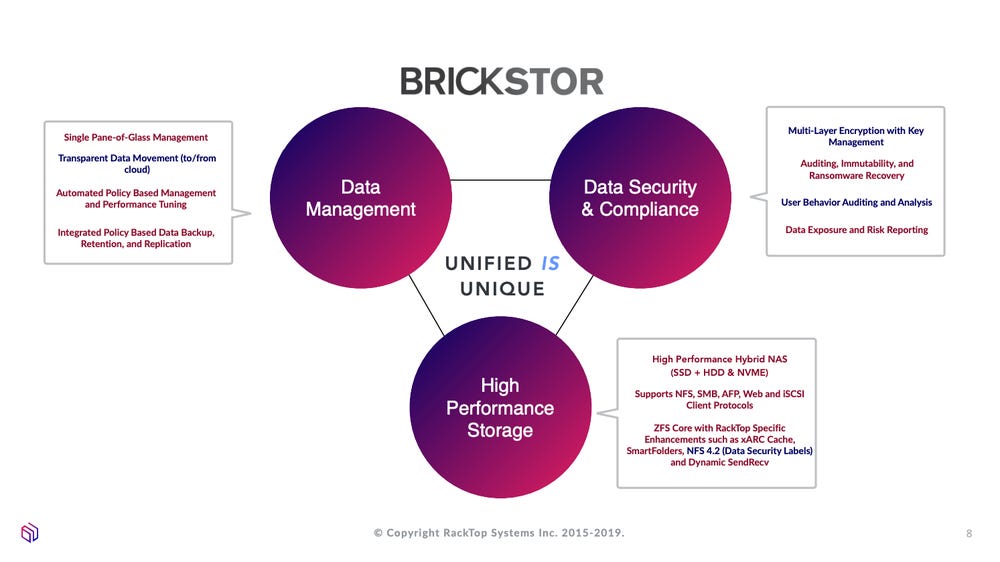 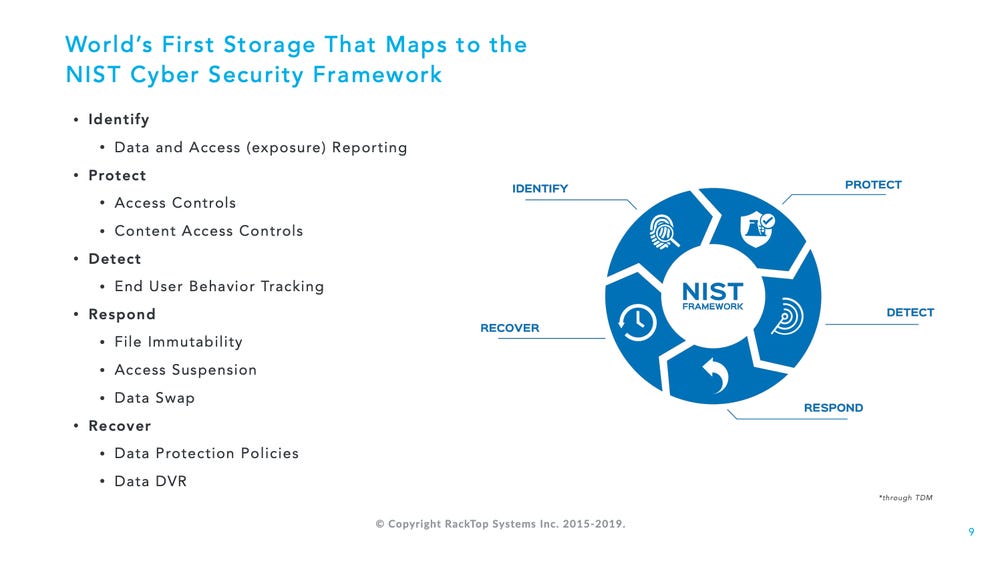 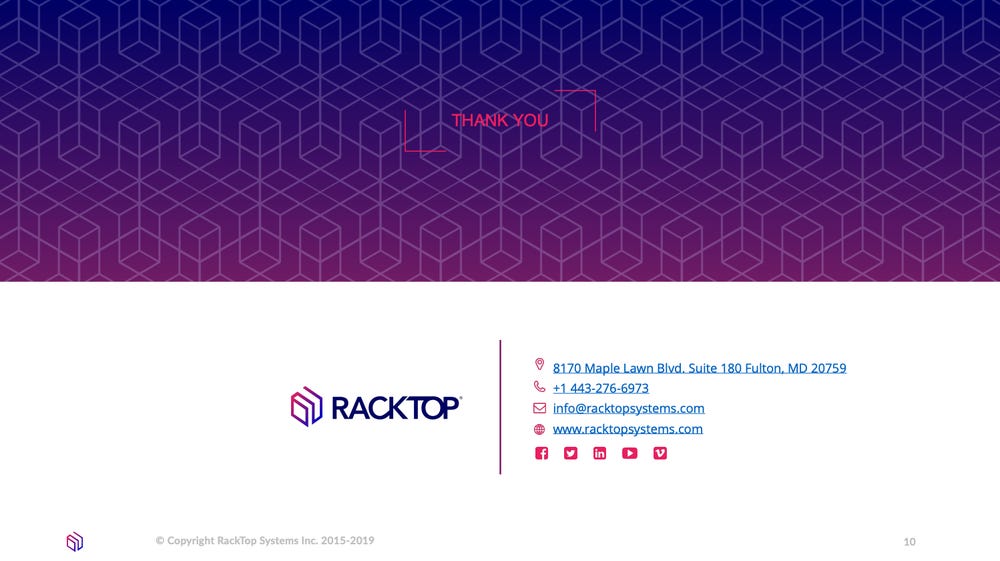