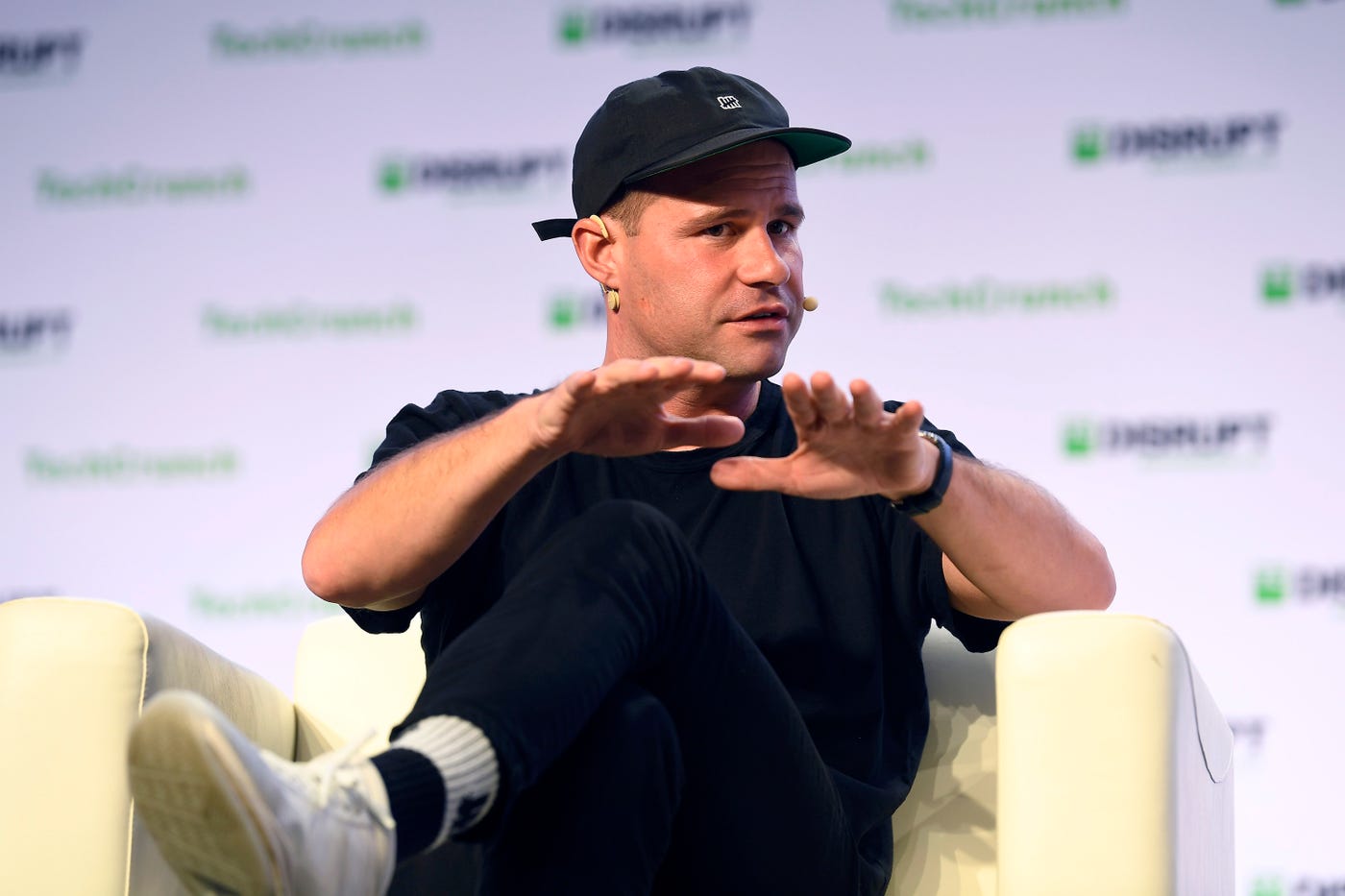 Long before Postmates became one of the top four food-delivery services in the US and agreed in July to be purchased by Uber for $2.65 billion, it was little more than an idea for a low-cost courier service.

The concept originated with Bastian Lehmann, a German entrepreneur, whose efforts creating a social-media company called Curated.by was struggling to gain interest from investors. Lehmann decided to pivot and focus on what he saw as a better opportunity: local delivery of goods.

The company he created from that idea in 2011 — Postmates — clicked with consumers and venture-capital investors, gaining popularity as one of the pioneering app-based services for restaurant food delivery.

But in the early days when the market for restaurant-delivery apps had not yet been proved, Lehmann and his cofounders needed to convince venture capital investors that the idea had potential.

Postmates’ first pitch deck — leaked to Business Insider this week, but put together by Lehmann before the company raised its first round of seed funding back in 2011 — shows Lehmann’s broad ambitions to build a new kind of general-purpose courier service.

At the time, according to the deck, Postmates was running a small trial in San Francisco. And food delivery was just one of multiple ideas for what Lehmann believed Postmates could provide. The headline on one slide says “Why stop with one market?” and then lists nearly 30 types of industries or products Postmates could eventually serve or deliver. A Postmates representative declined to comment on the pitch deck.

Lehmann’s ambition paid off. He built a billion-dollar company that outlasted numerous competitors. Though he failed to lead his company through a hoped-for initial public offering, he sold his company to Uber this month at a valuation that’s nearly three times the $900 million that was invested in the company over the years.

Here’s the pitch deck Postmates used to raise its first seed round back in 2011: 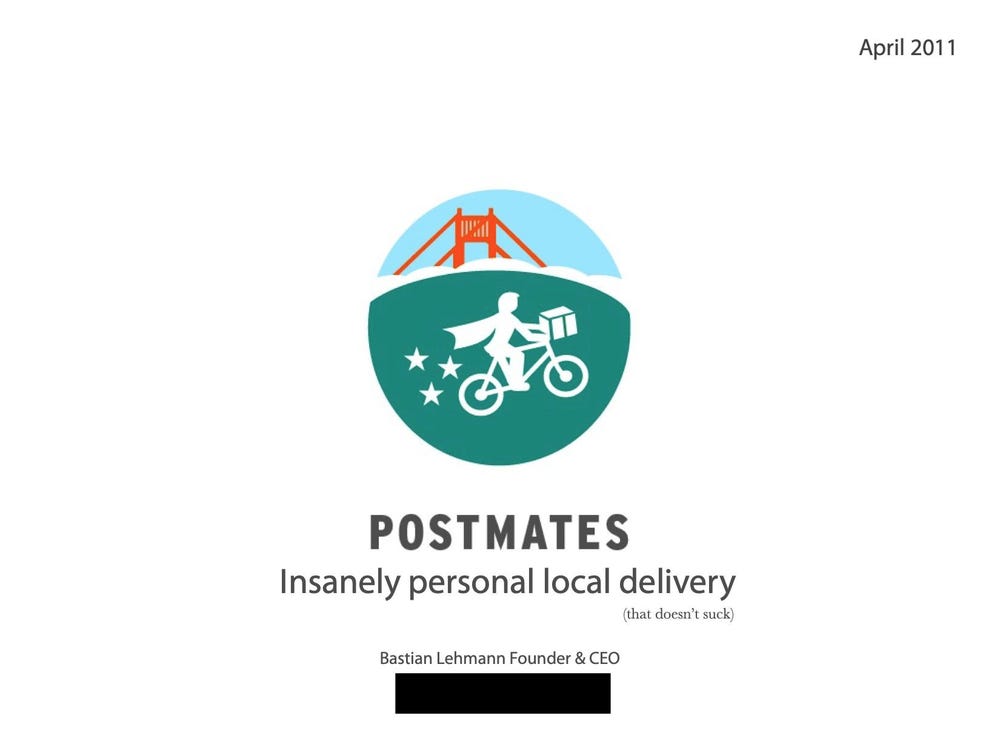 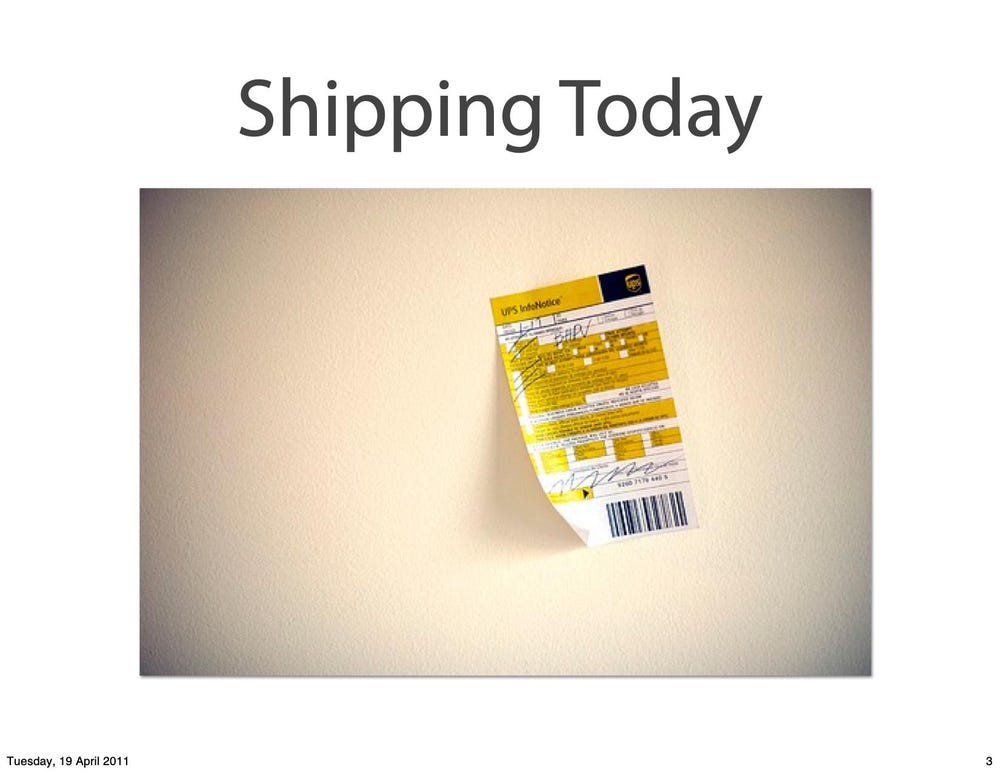 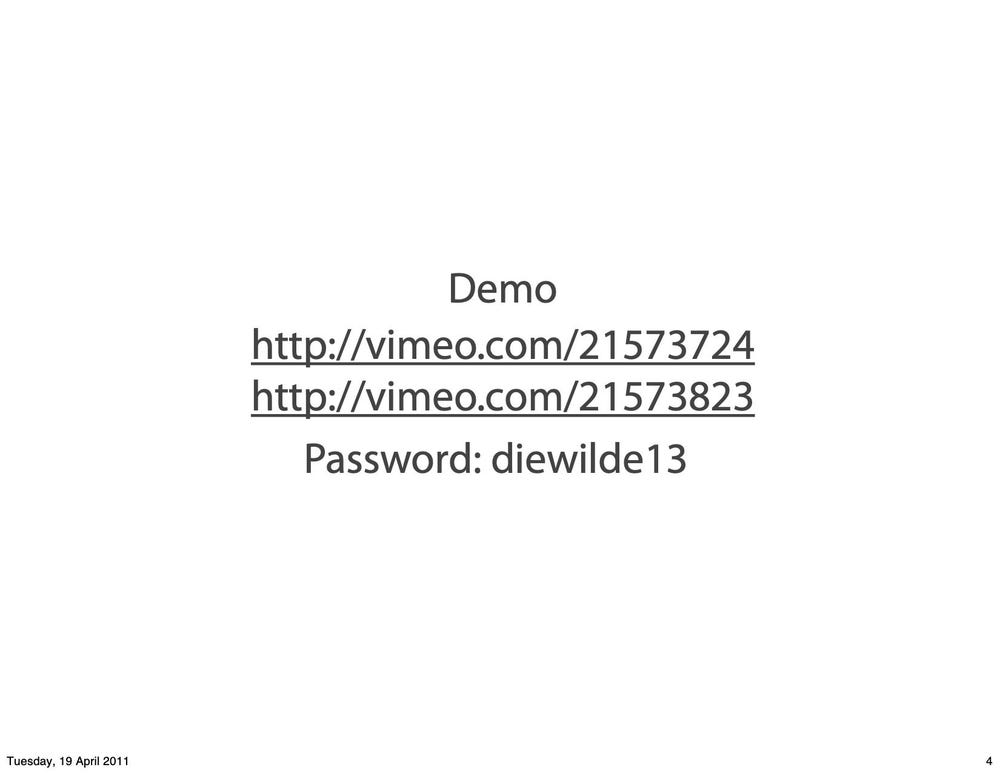 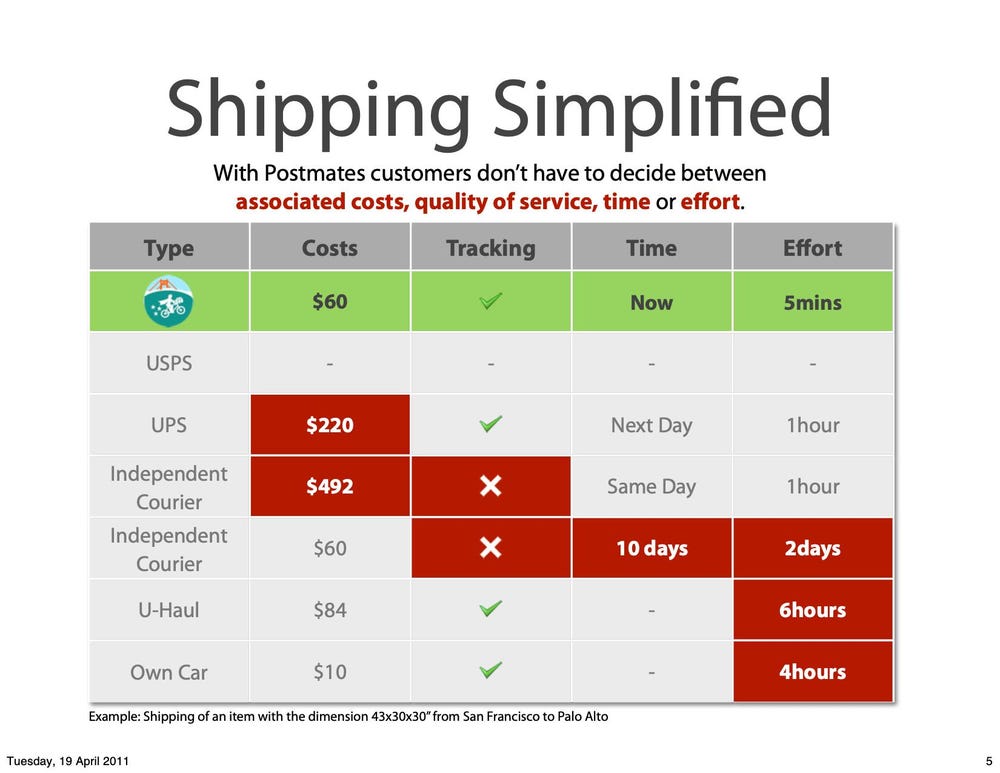 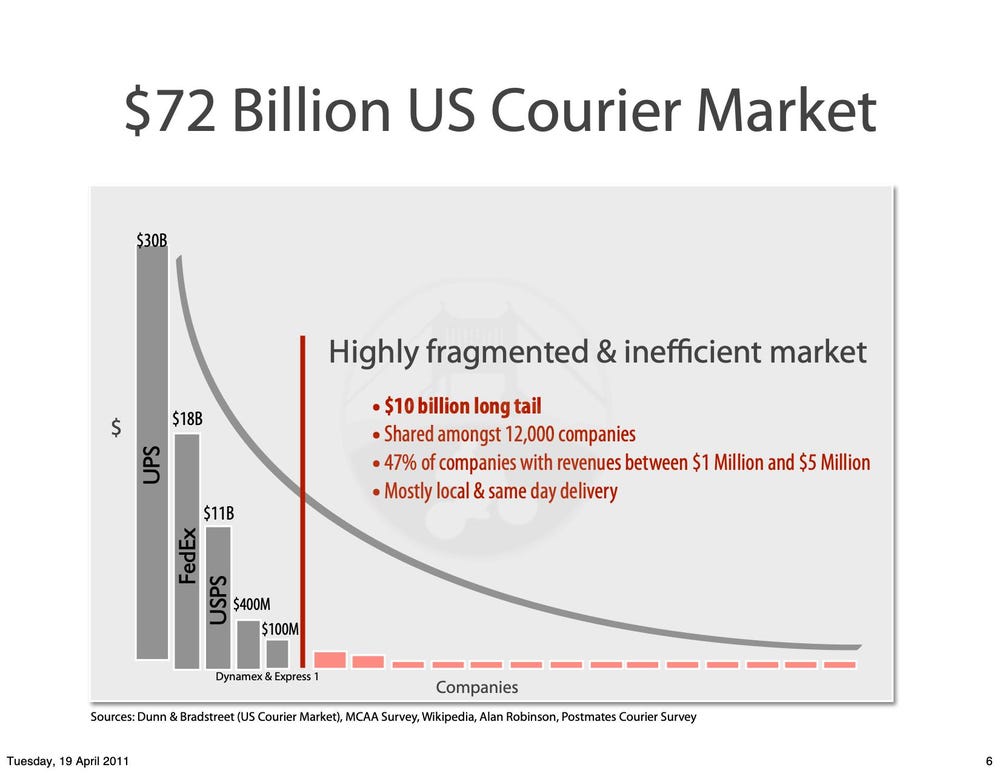 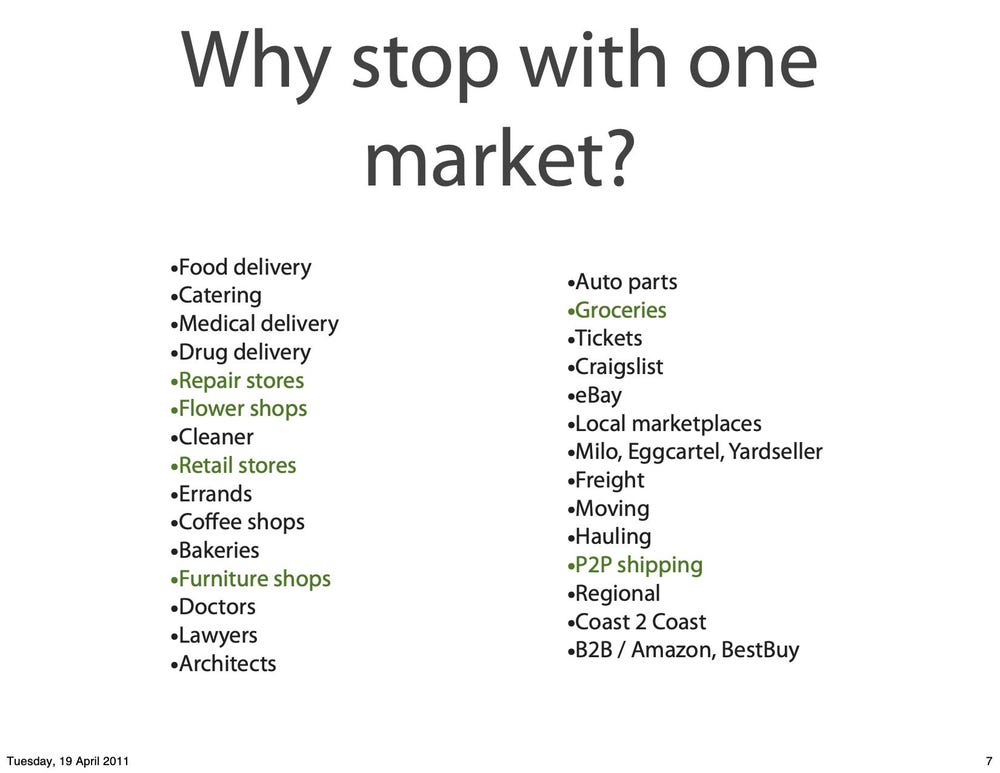 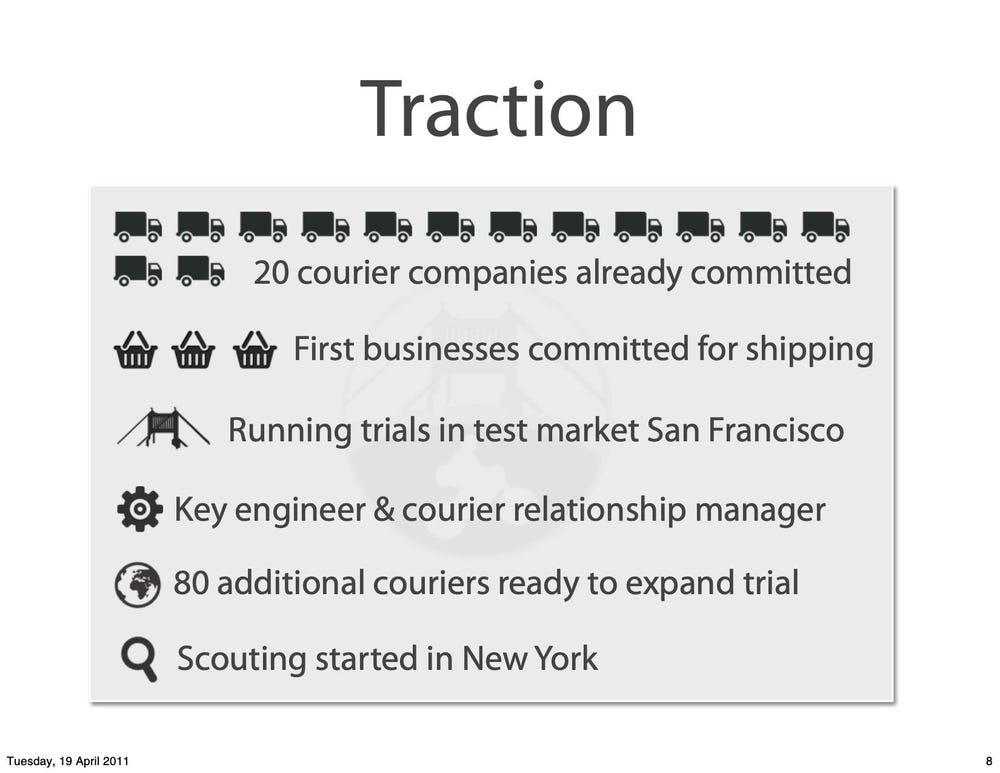 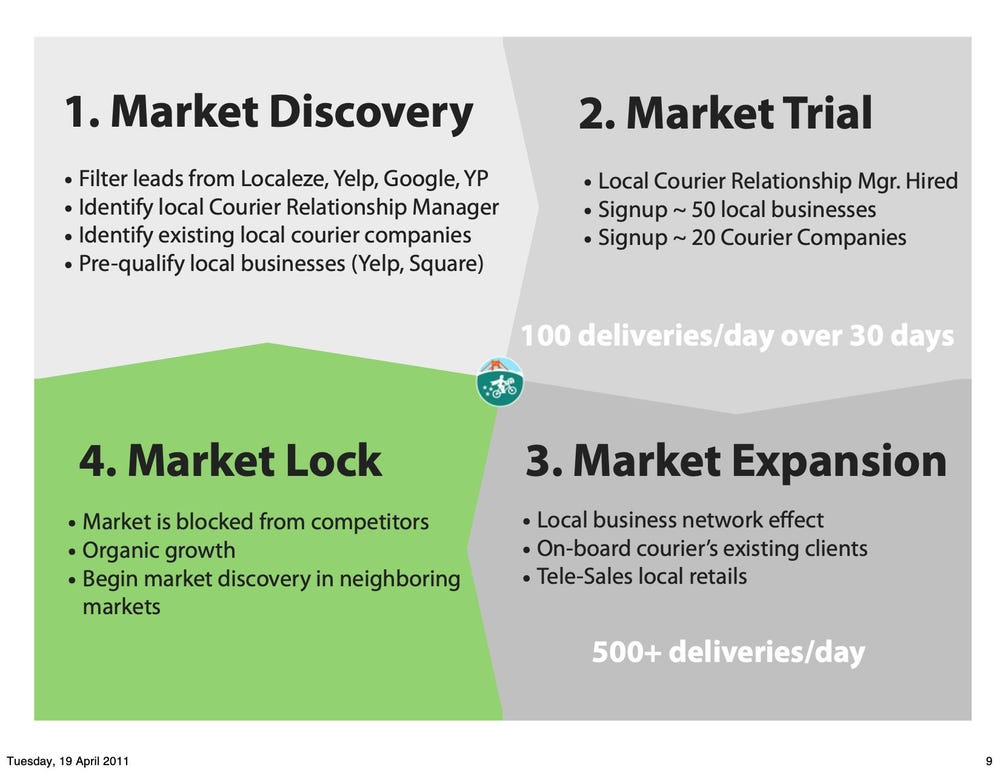 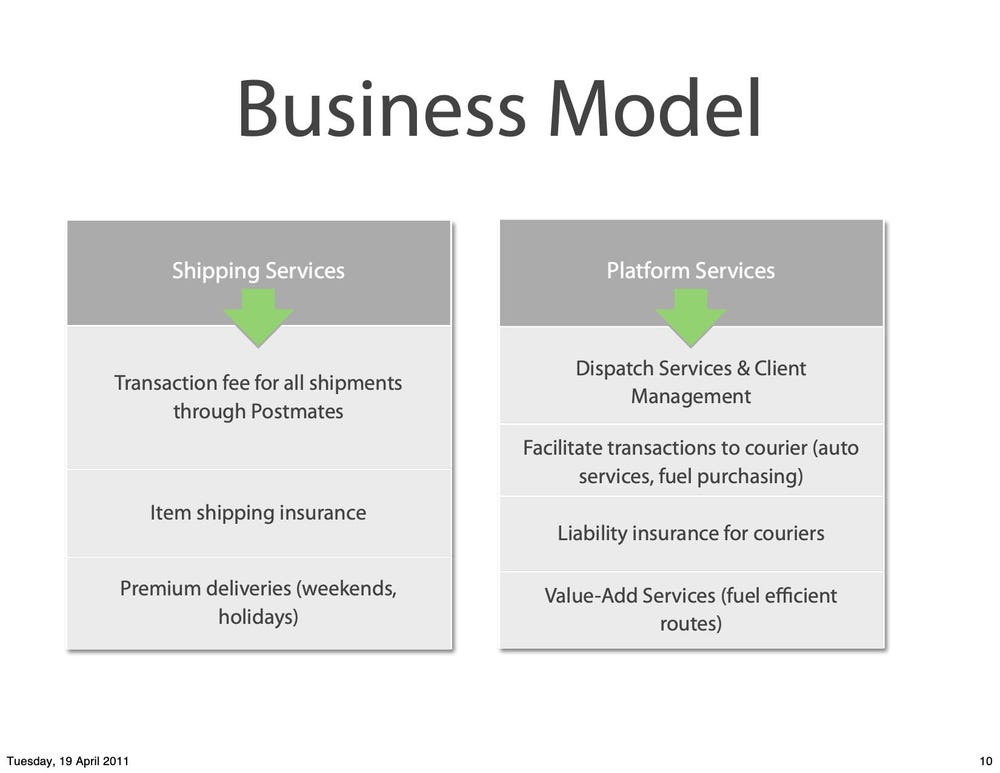 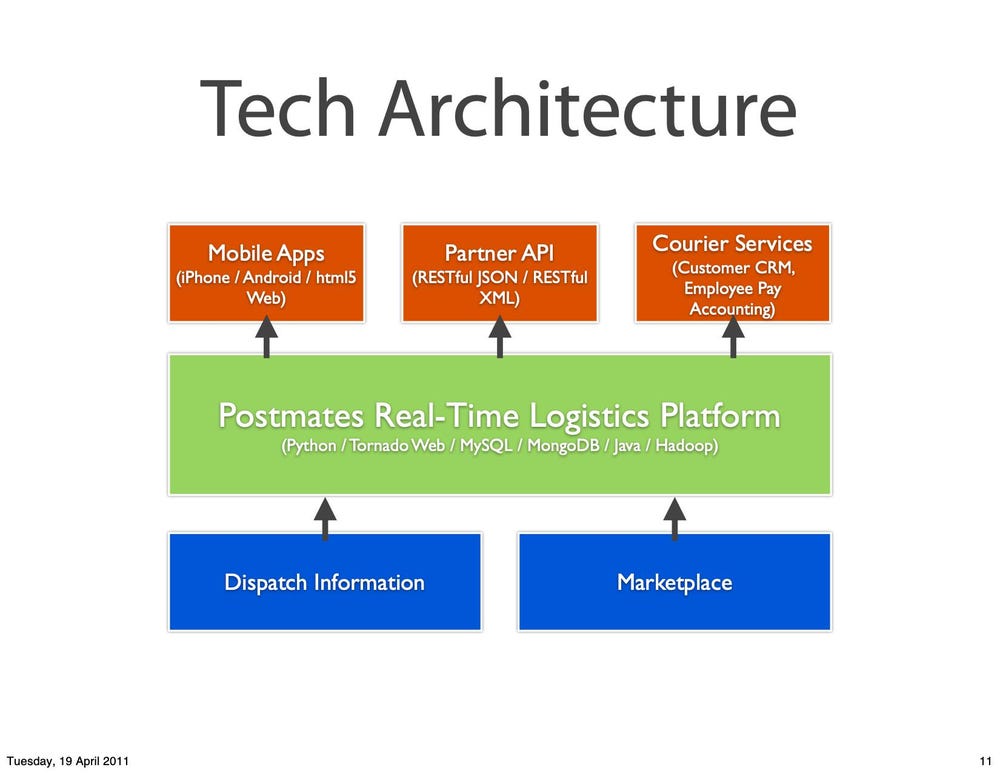 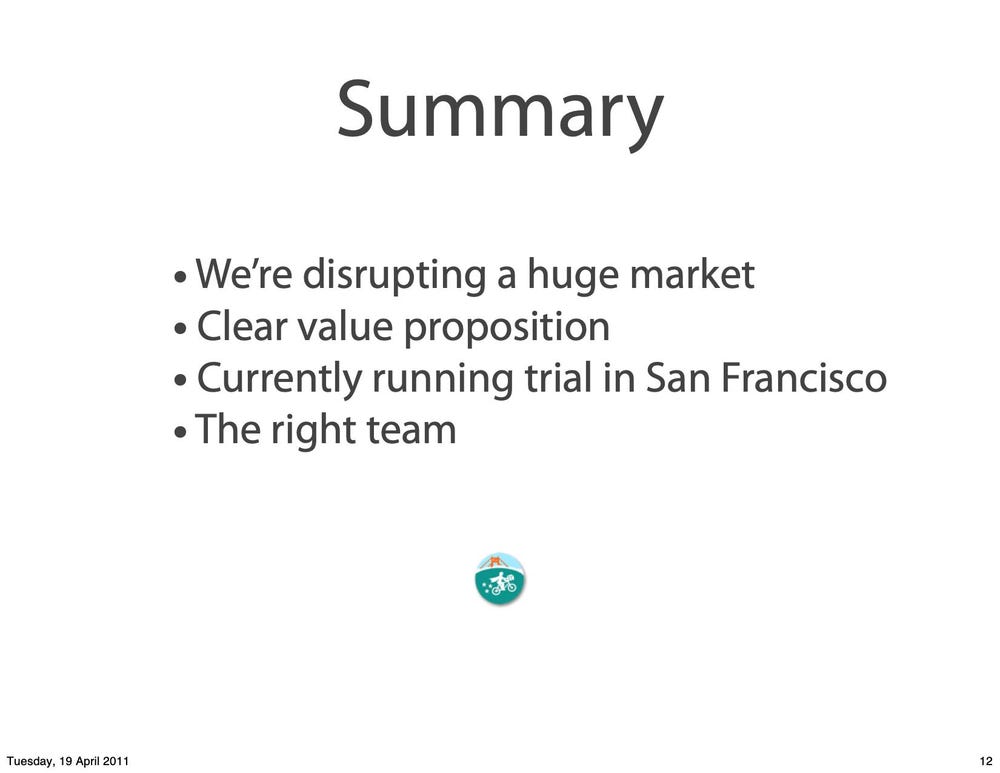 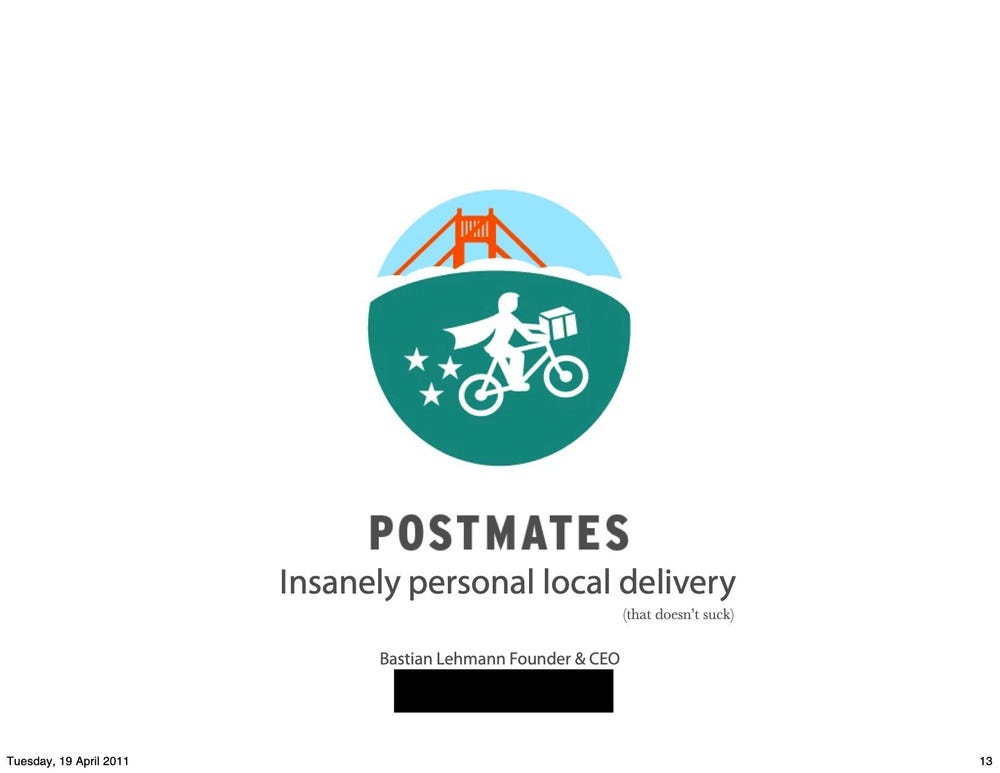