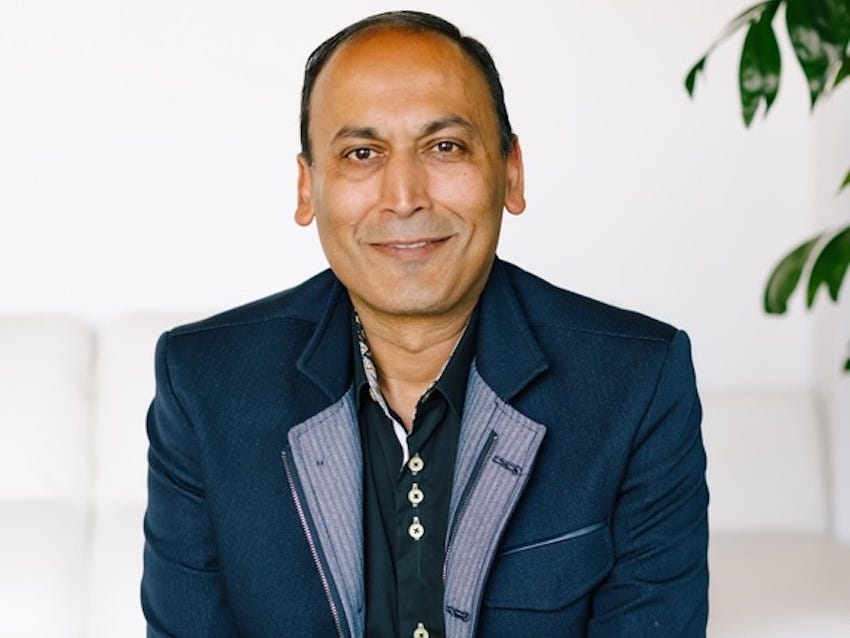 Poshmark, the popular clothing resale app, has come a long way since its founding nearly ten years ago at the dawn of the smartphone age.

The buzzy startup, which has raised more than $159 million in venture capital, is rumored to be a IPO candidate, at a time when other high profile startups like WeWork and Peloton are preparing to list shares on the public markets. Similar to those companies, Poshmark isn’t profitable, but has looked at expanding into home decor, men’s clothing, and children’s clothing resale to up the ante ahead of a public debut.

“The original idea of GoshPosh was “Gosh, it’s posh,” like it was surprisingly stylish,” Chandra told Business Insider. “But ‘gosh’ has a really interesting connotation so we started looking for something else, but I was insistent to having posh in the name. The name search was a crazy process, but Poshmark appealed to us because it worked on a few levels.”

Read More: This CEO didn’t want to go with traditional venture capital, so he challenged his employees to use this pitch deck to find individual investors. They raised $13 million from 70 people.

An IPO would be Chandra’s first time taking a company public even though the company is his second. He sold his first company Kaboodle, an earlier version of Pinterest, to Hearst in 2007 for an undisclosed amount.

“That was the first time in understanding social shopping,” Chandra said. “When I left Kaboodle and Hearst in 2010, I knew I wanted to pursue this, but the technology didn’t exist. The idea was reborn with the advent of the iPhone 4 because it had great picture taking capabilities and editing capability.”

Chandra said he and his founding team struggled to convince investors that Poshmark could be a successful app that only lived on a user’s mobile device. According to Chandra, multiple investors asked the team to develop a version that worked on a web browser or completely abandon mobile for more familiar territory. But the entrepreneur’s track record was enough to convince Navin Chaddha, managing partner at Mayfield.

“He pitched me his last company Kaboodle but I didn’t think that was a venture opportunity so I didn’t invest,” Chaddha told Business Insider. “We kept in touch, and in 2010 he was thinking about what to do next and was very intrigued with what the iPhone had done. He had shut off from using PCs entirely and was only on mobile, so we brainstormed what you could do to marry social networks around photos with commerce.”

Chaddha ended up leading Poshmark’s $3.5 million Series A in February 2011 that valued the company at $6.5 million. His conviction in Chandra and his team paid off: the company was recently valued at $625 million and will raise even more if the public offering goes as planned.

“He is the soul and driving force,” Chaddha said of Chandra. “He is the person to keep leading this company and build it into an industry giant.”

See Chandra’s original pitch deck for GoshPosh that convinced Mayfield to back the company when other investors turned away. 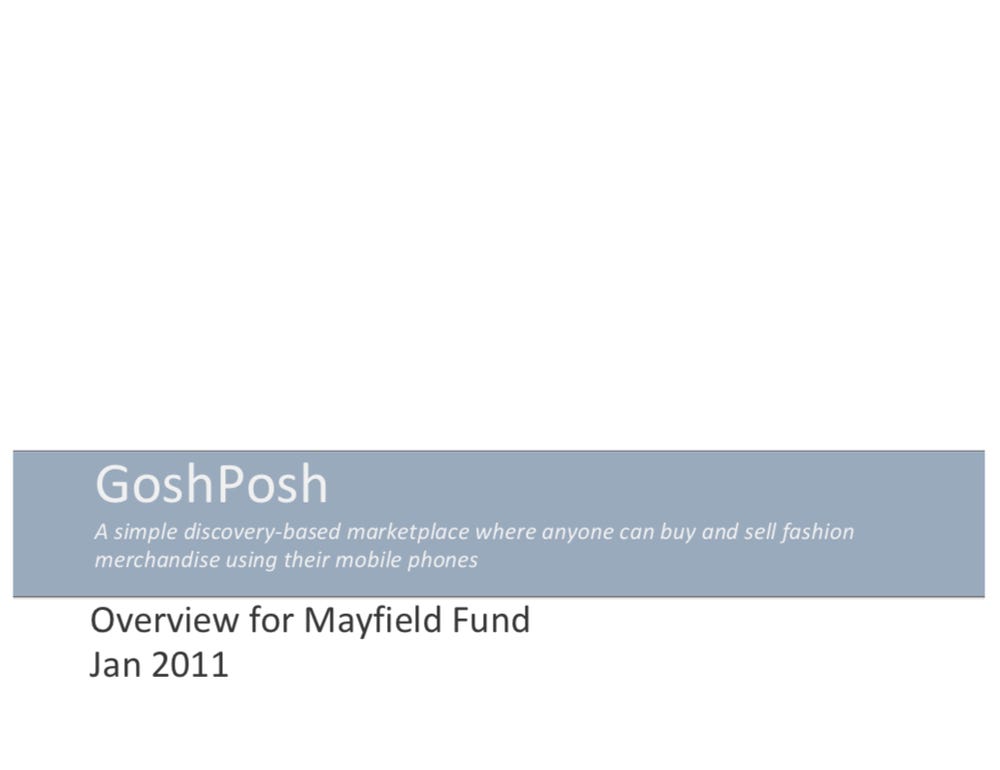 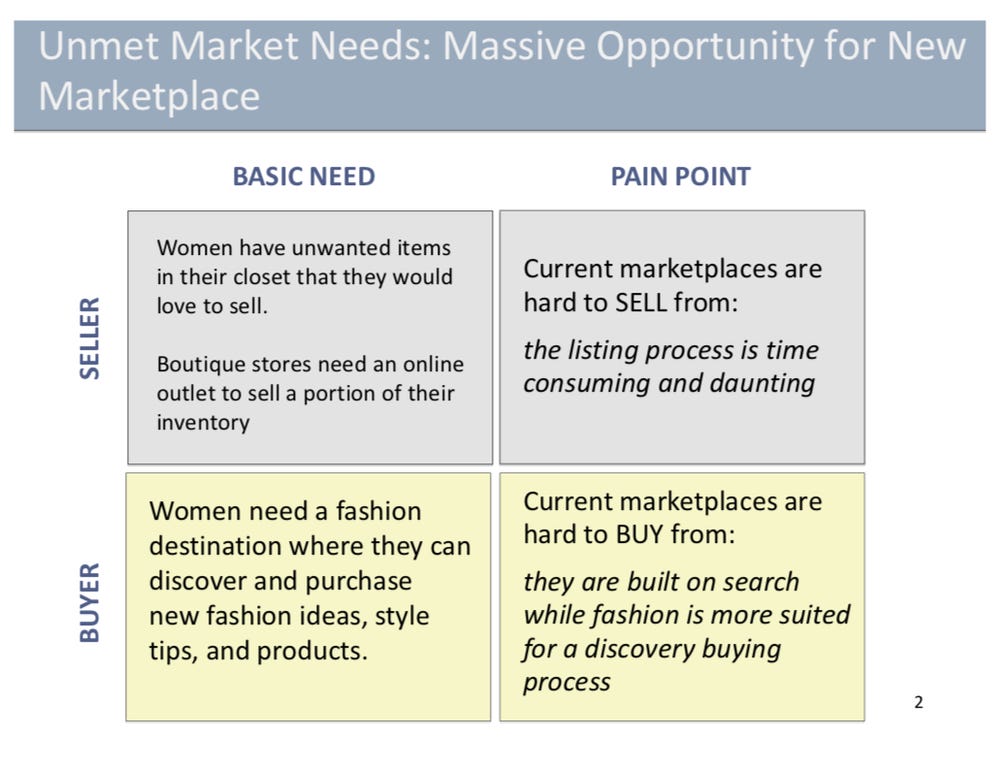 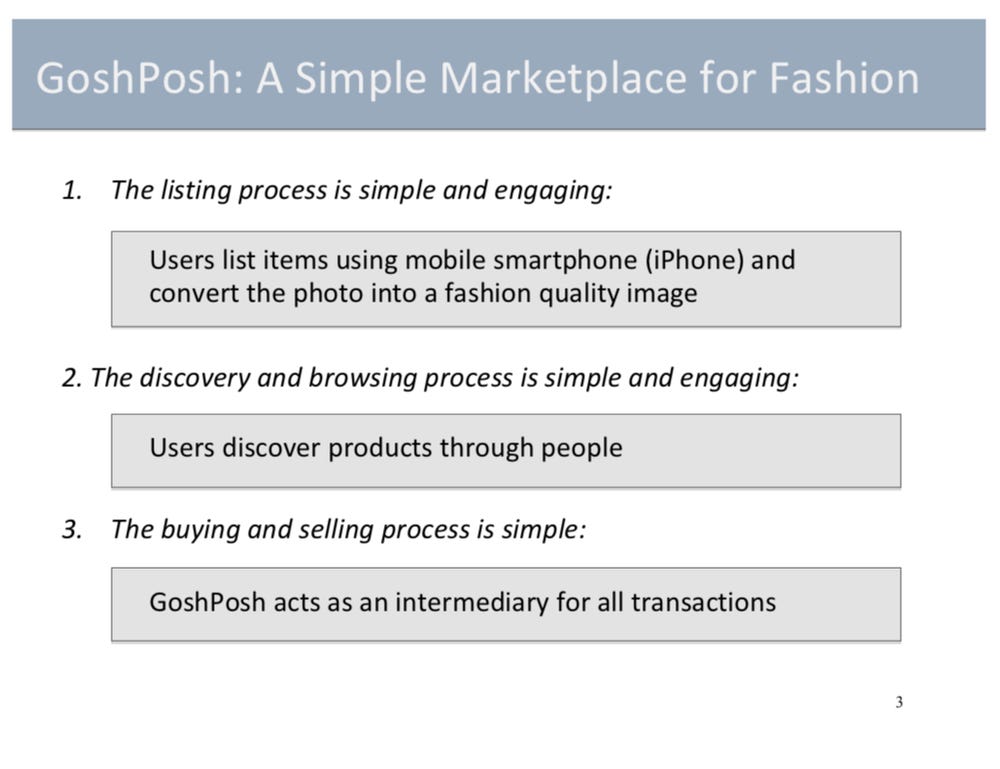 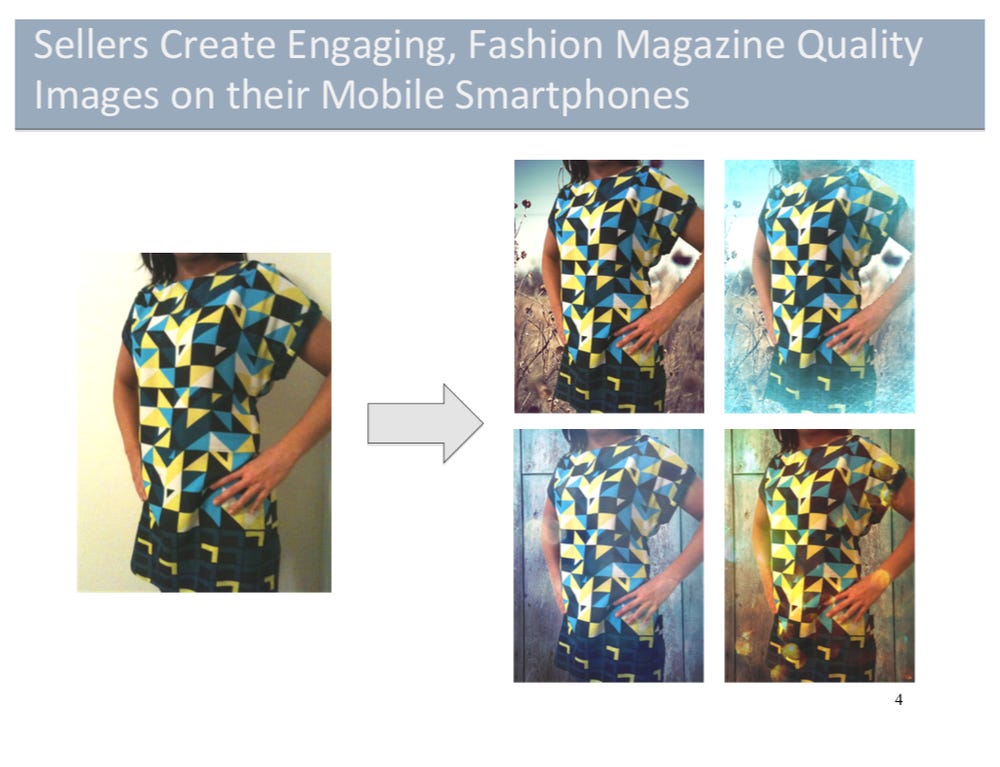 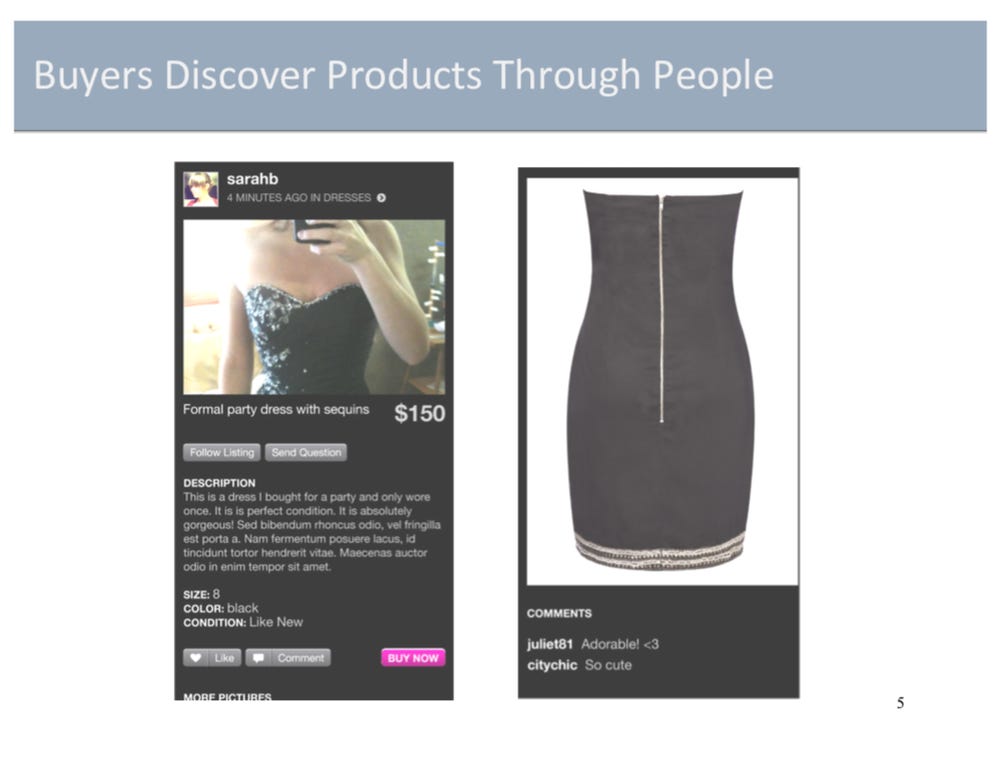 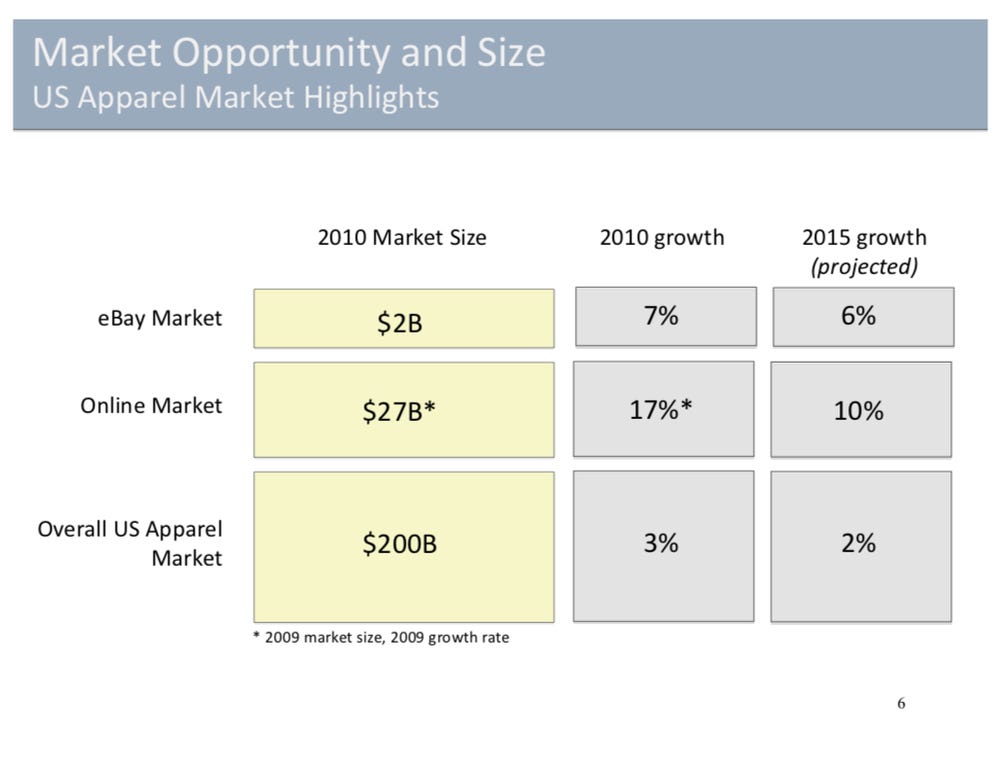 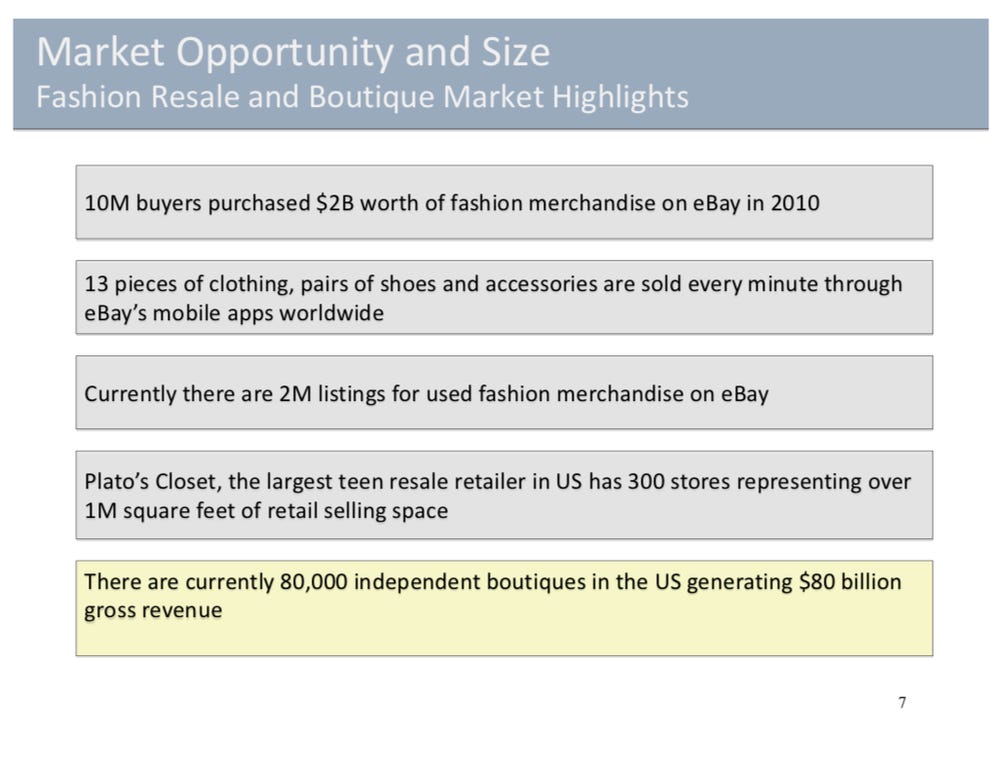 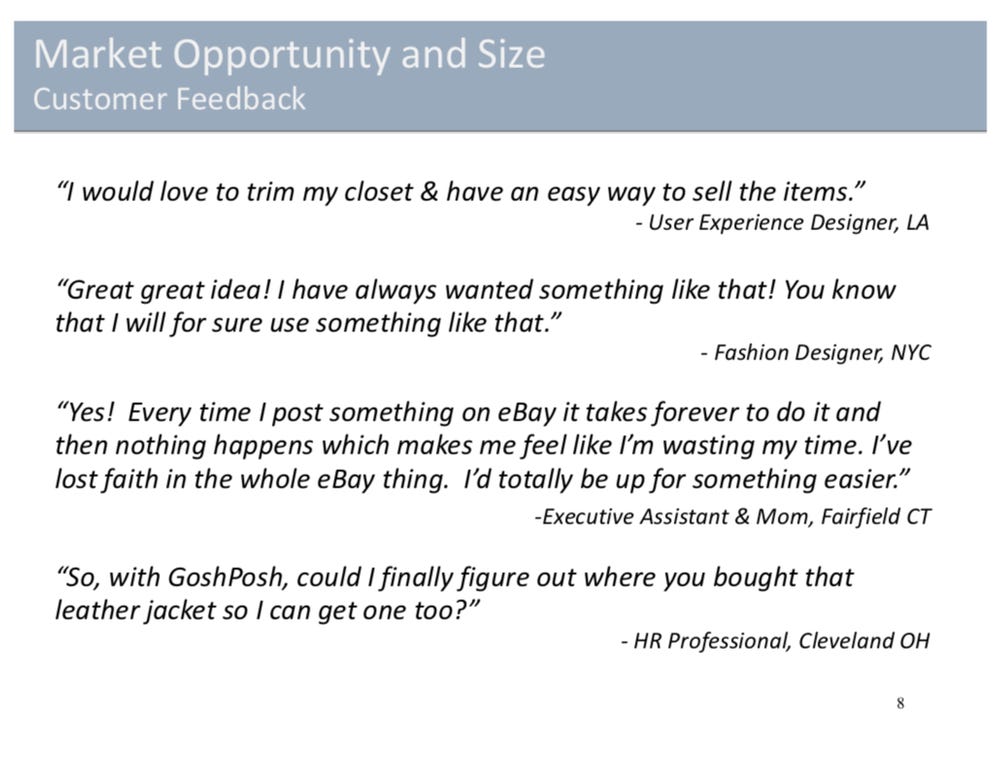 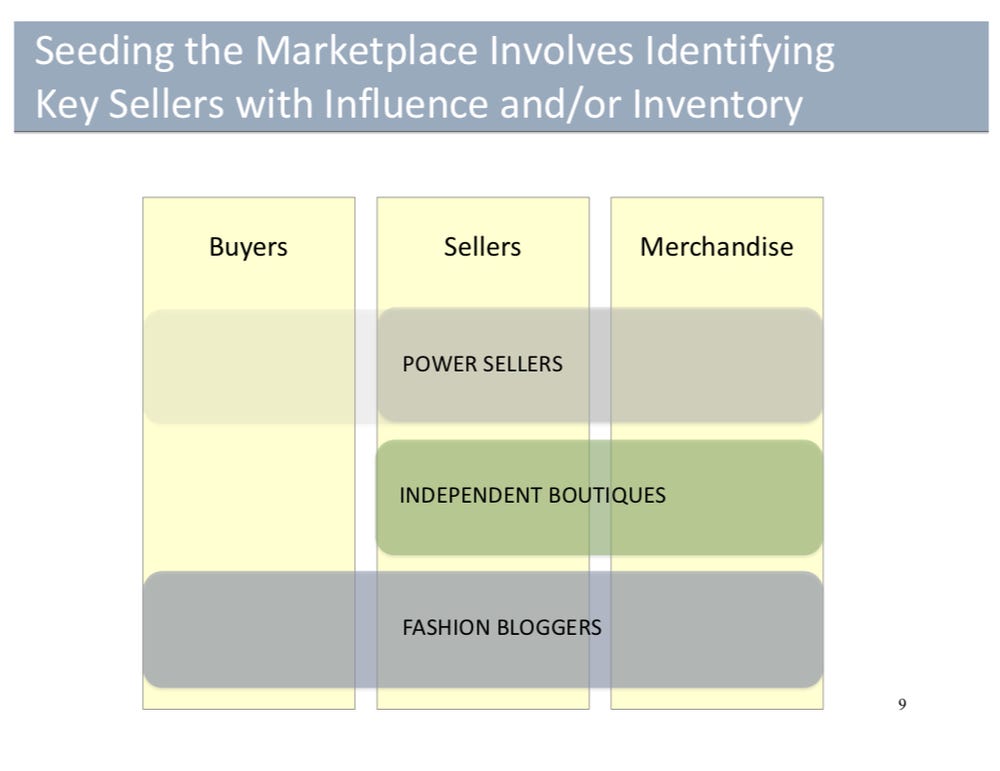 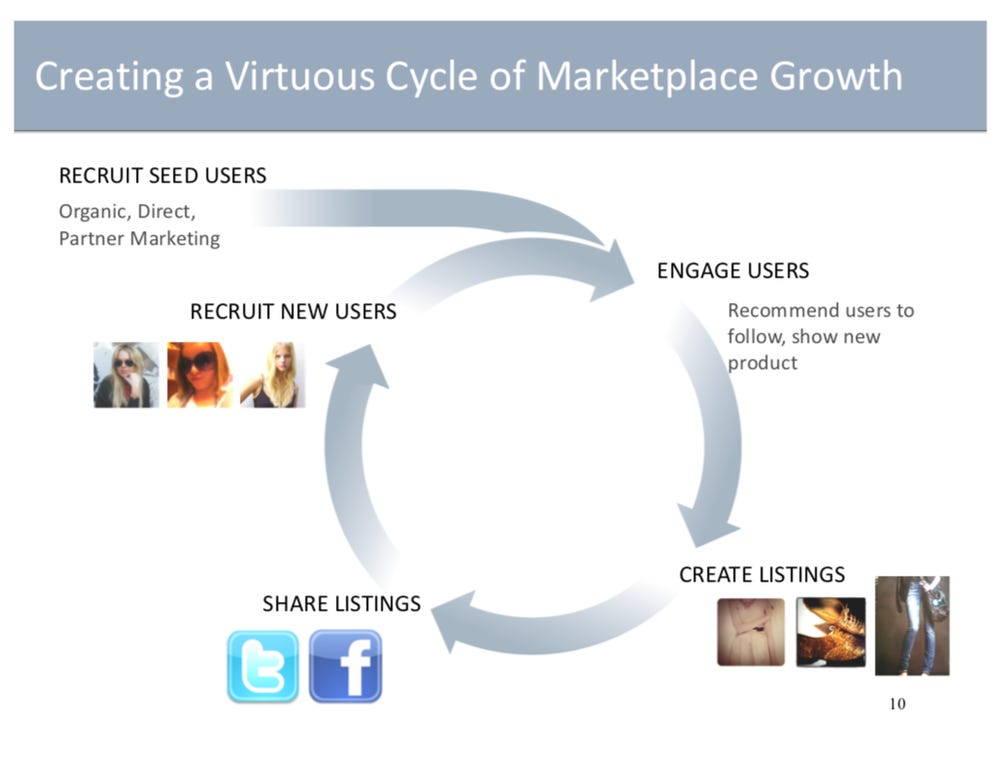 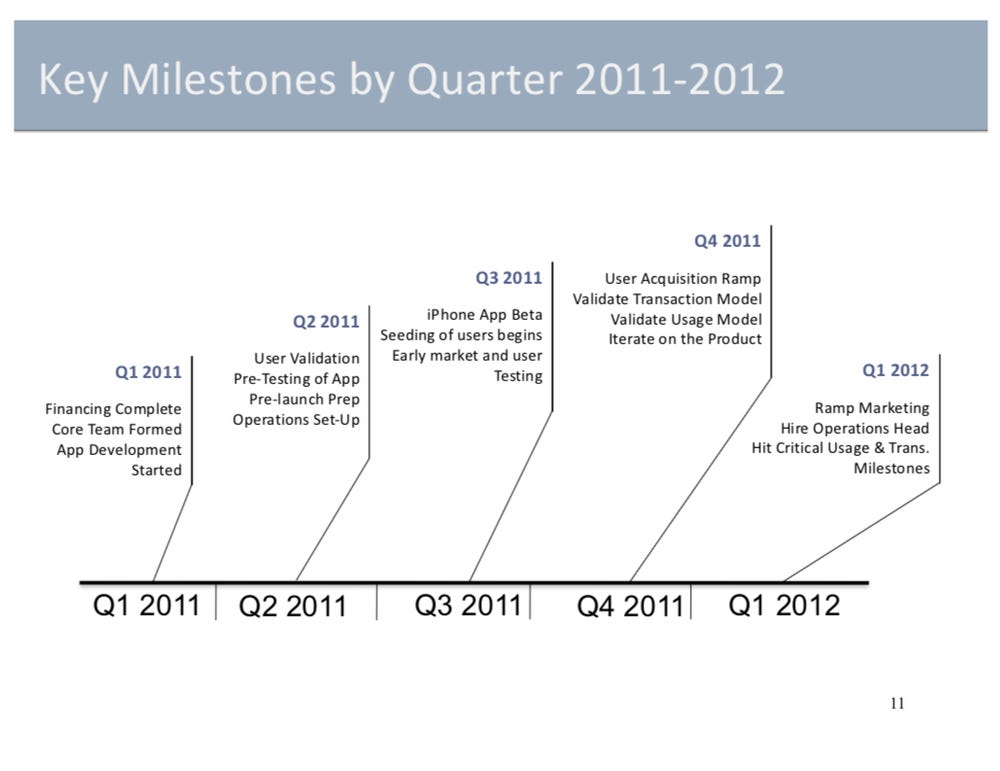 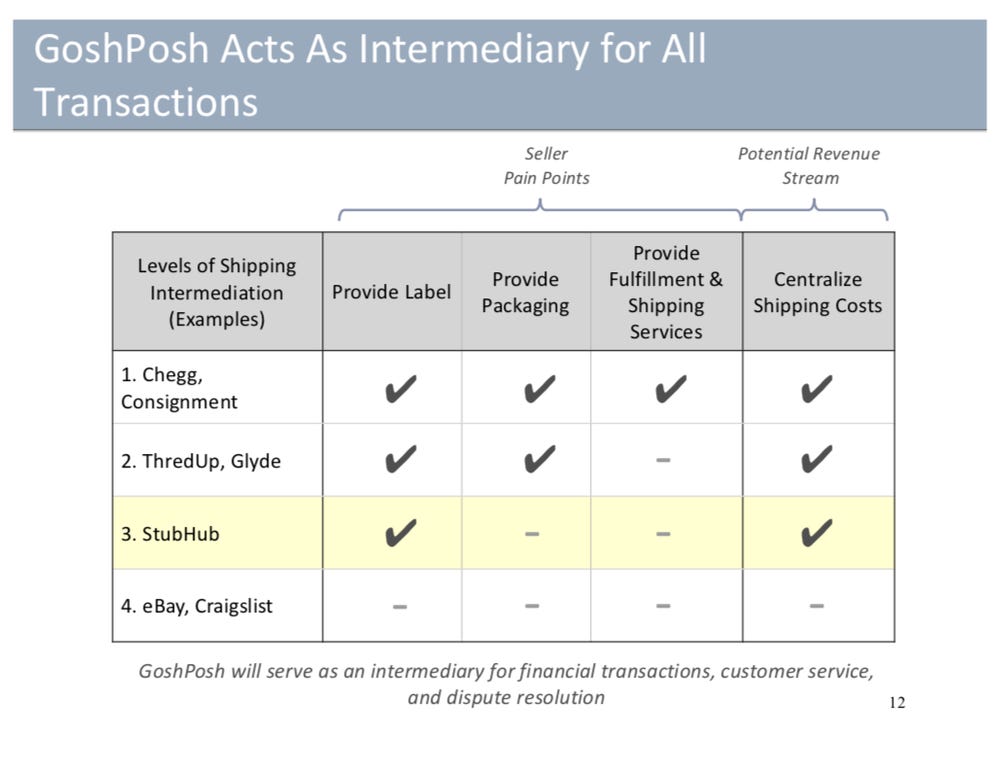 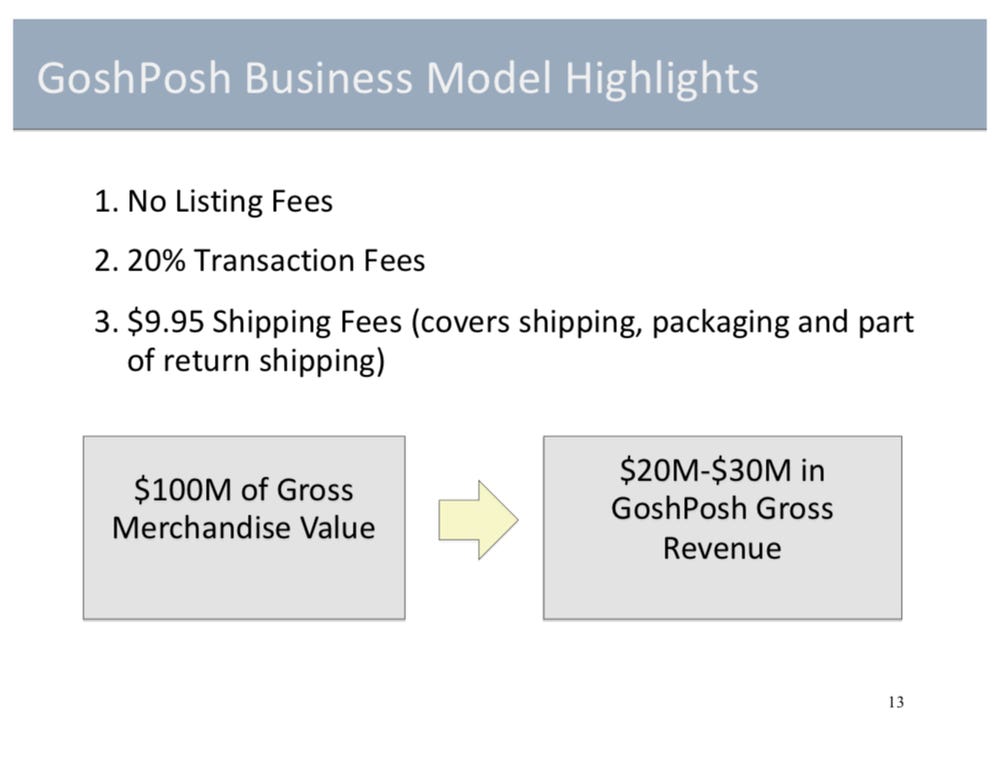 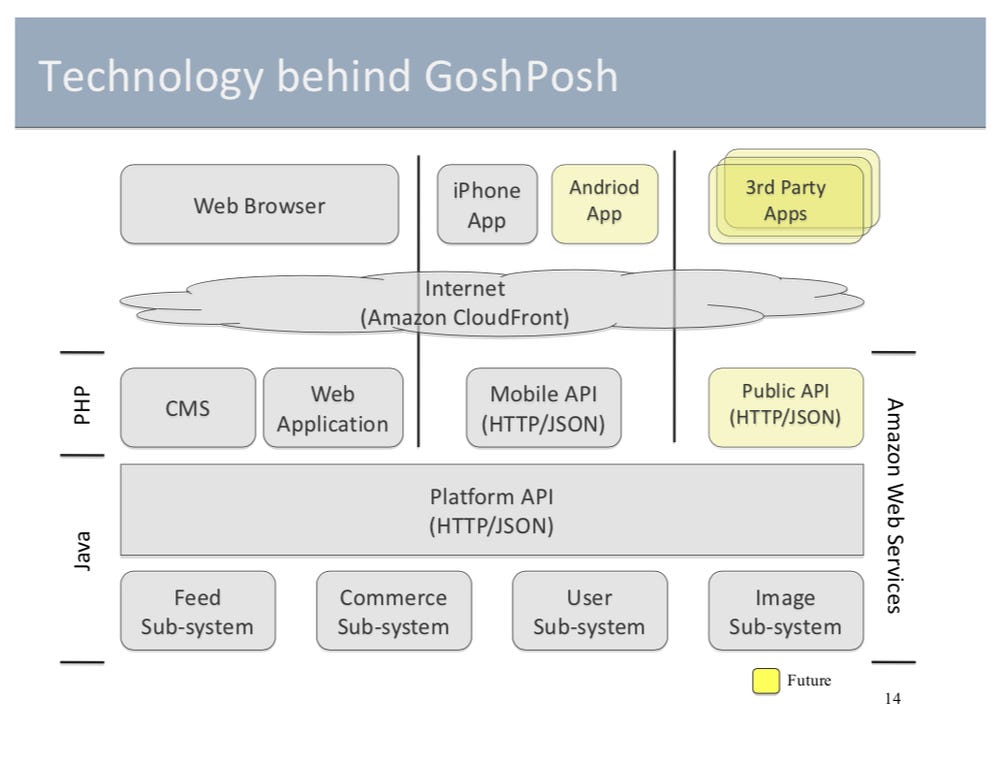 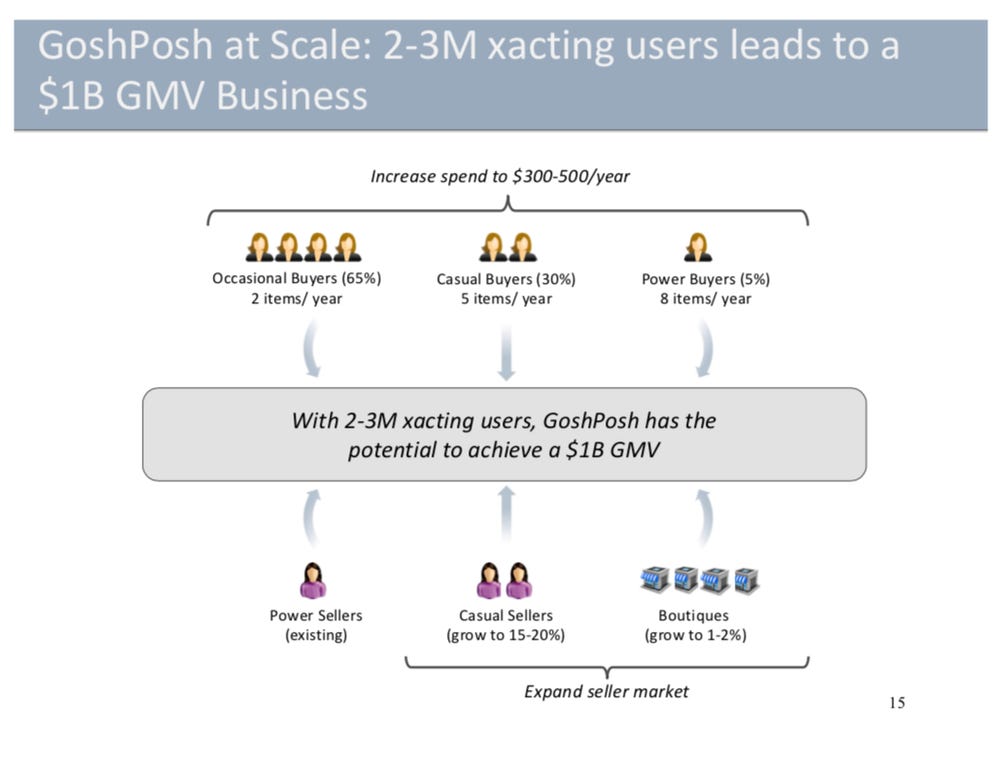 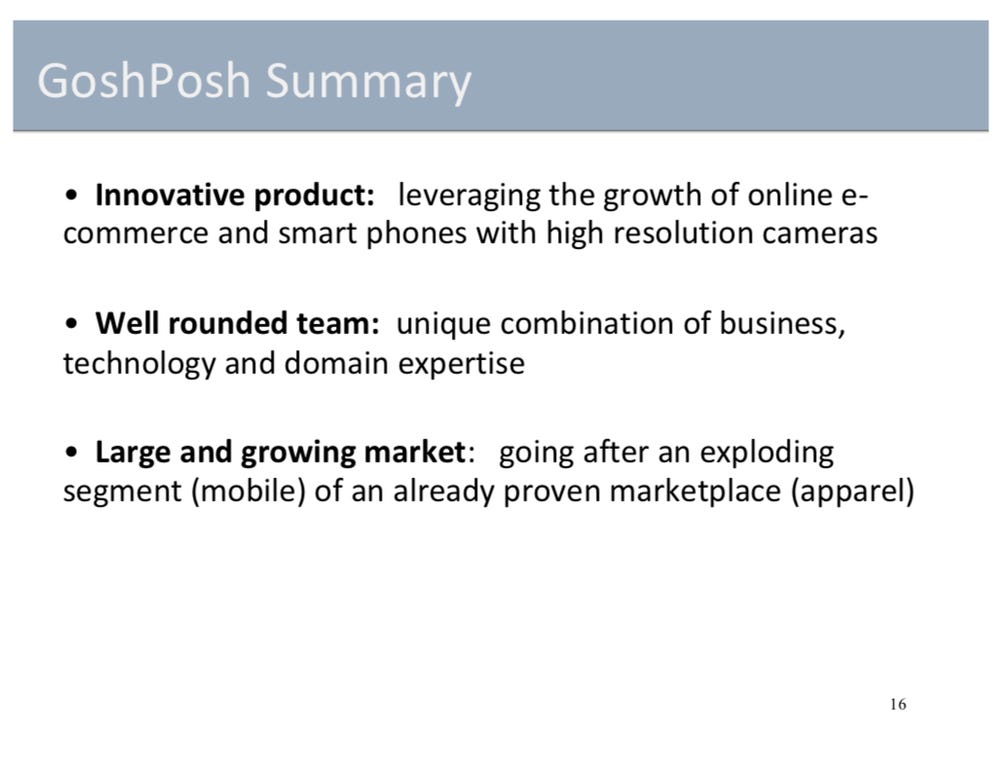