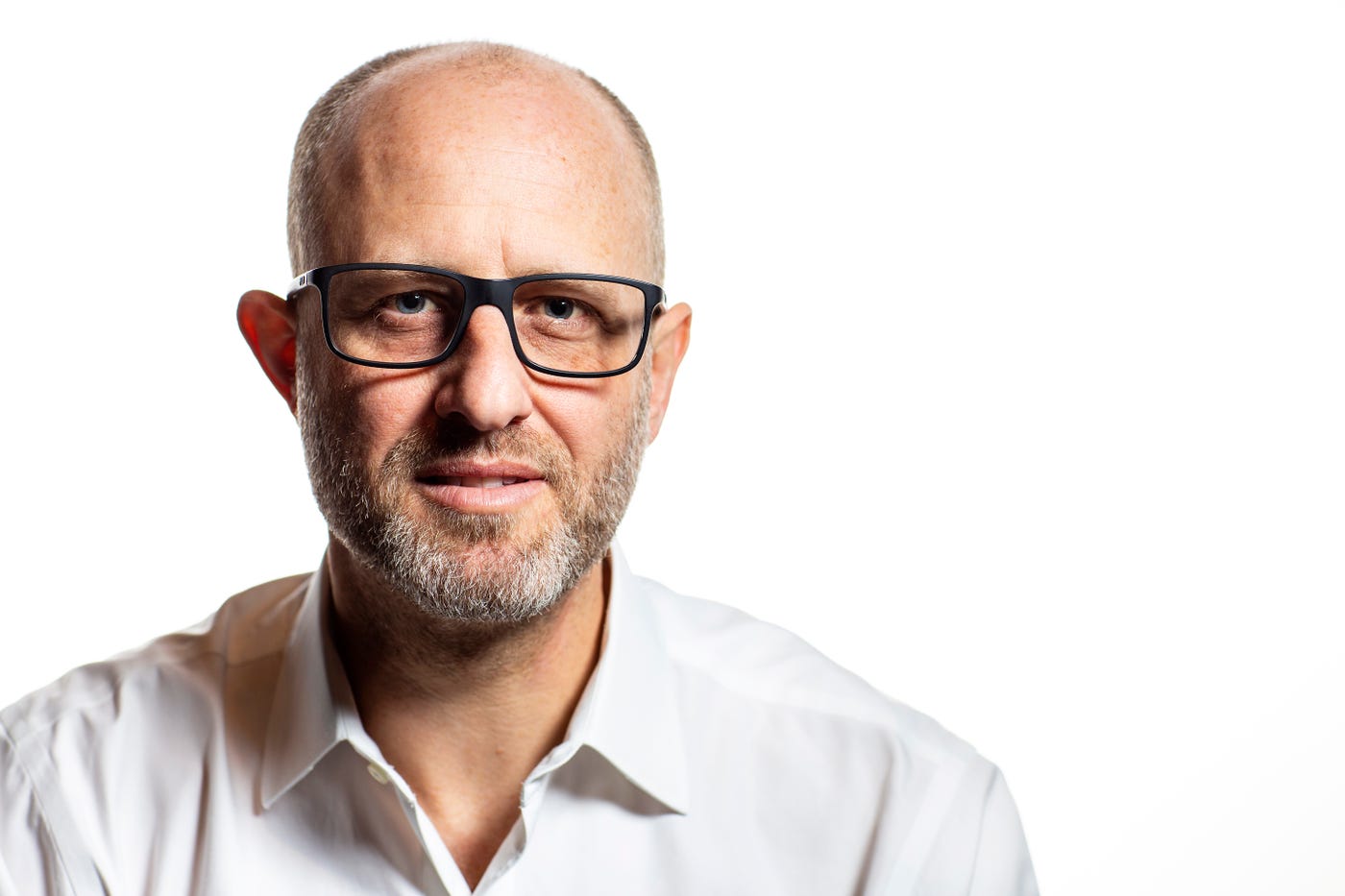 When Facebook CEO Mark Zuckerberg testified before Congress last April, many in the tech industry joked about the out-of-touch questions directed at him by lawmakers.

“They were asking, ‘Do you still track me after I log out of Facebook,'” Gilbert said in a recent interview with Business Insider. “And I’m like, ‘Of course they do! They cookied you. They’re tracking you everywhere you go!”

But he realized from the questions that most people don’t really understand what they’re agreeing to when they sign up for a service like Facebook or Google, particularly about what the service will do with their data.

That’s because “all that information is buried in like a 28-page legal document,” he said.

So, he created Osano to help consumers out. The Austin, Texas, startup distills terms of service and privacy policies of various online companies into simple, easy-to-understand scores. The ratings are similar to FICO scores, which assess consumers’ individual credit risks. So far, Osano has issued scores for about 400 services.

“The companies that you might expect to be best actors are sometimes the worst,” said Gilbert, who started his first multi-million dollar tech company in his University of Texas dorm room nearly 20 years ago. “Sometimes the ones you hear most about, like the Facebooks and the Googles of the world, they kind of fall in the middle.”

Osano offers its scores to consumers for free through Privacy Monitor, a browser plugin and smartphone app that’s available for the Chrome, Firefox, and Safari browsers and for Android devices. The company has developed a version of the app for iPhones and iPads that’s awaiting approval and release by Apple. Osano also plans to release a paid service targeted at enterprise customers later this year.

“The internet is getting wrecked, not only by companies burying stuff, but also by people not understanding what they’re signing up for,” Gilbert said. “Our mission is to create transparency with data.”

He’s already convinced some investors about Osano’s potential. Earlier this month, Gilbert announced he had raised $3 million in a seed-funding round. LiveOak Venture Partners led the round, joined by Indeed co-founder Rony Kahan and other notable angel investors.

Here is the pitch deck that helped Gilbert and Osano raise their $3 million seed round, updated for a pitch competition that took place just after they closed (some sensitive information has been redacted): 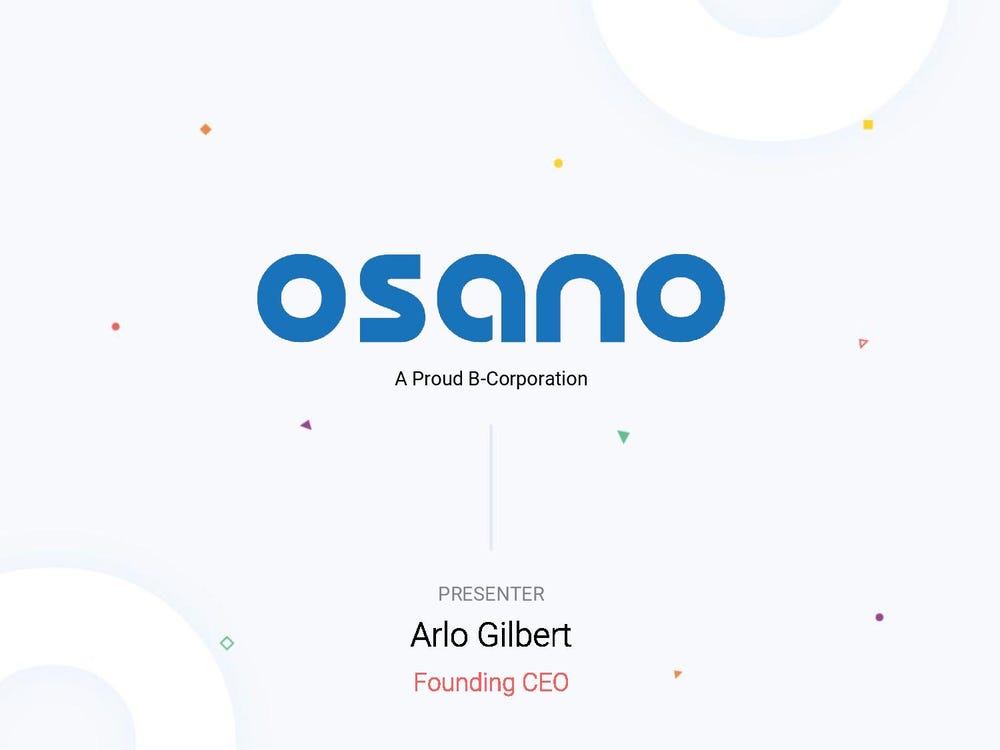 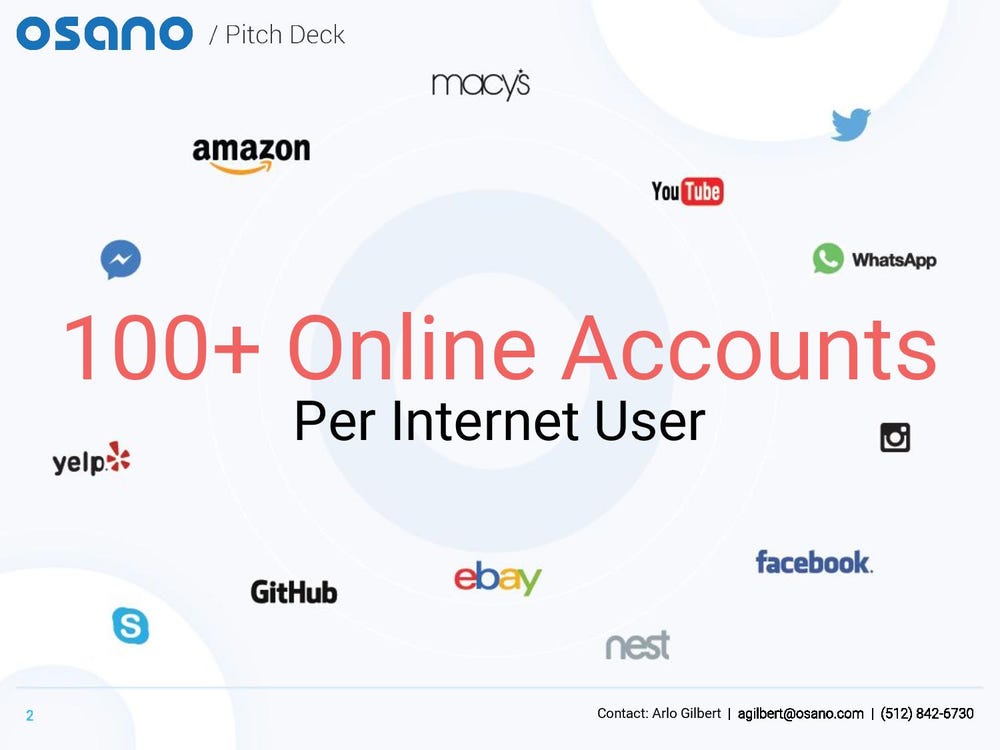 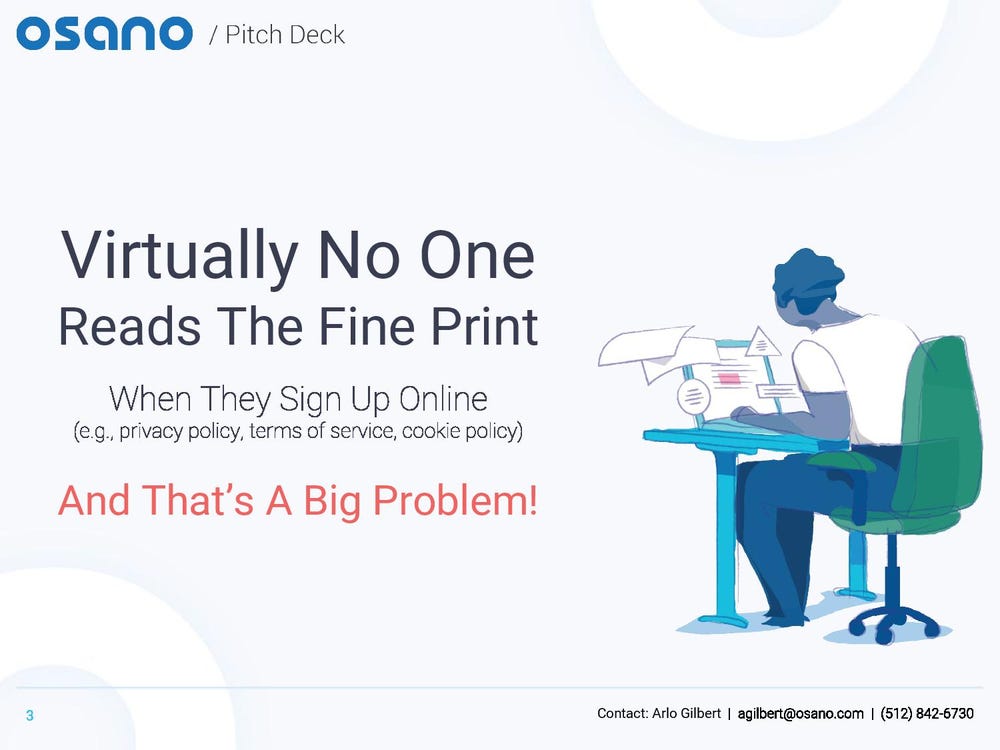 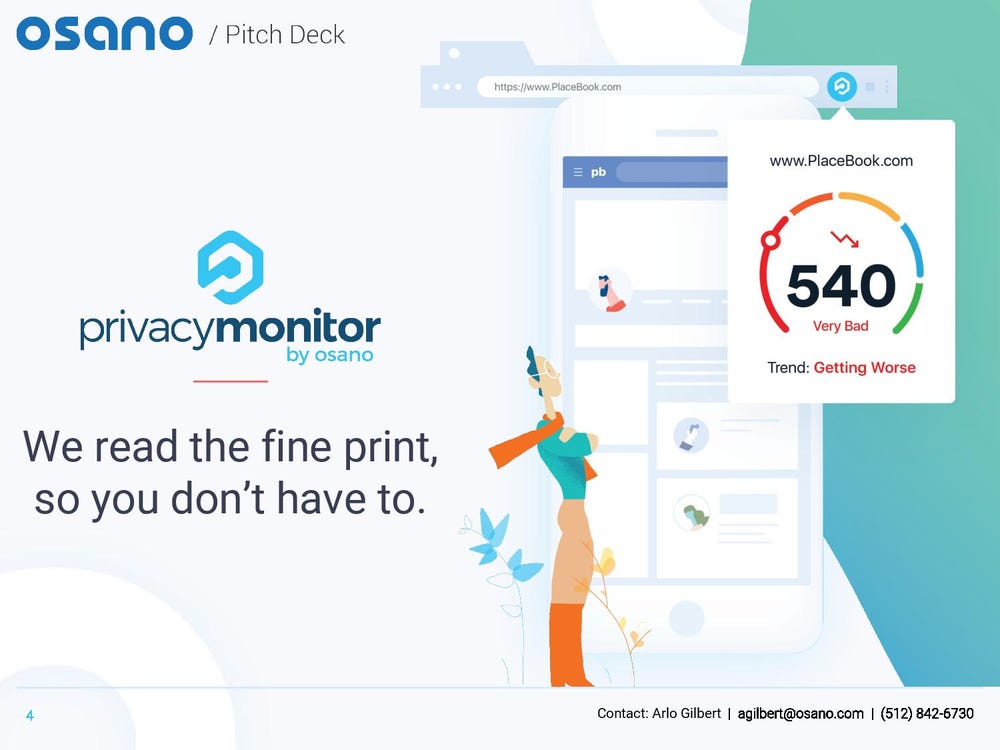 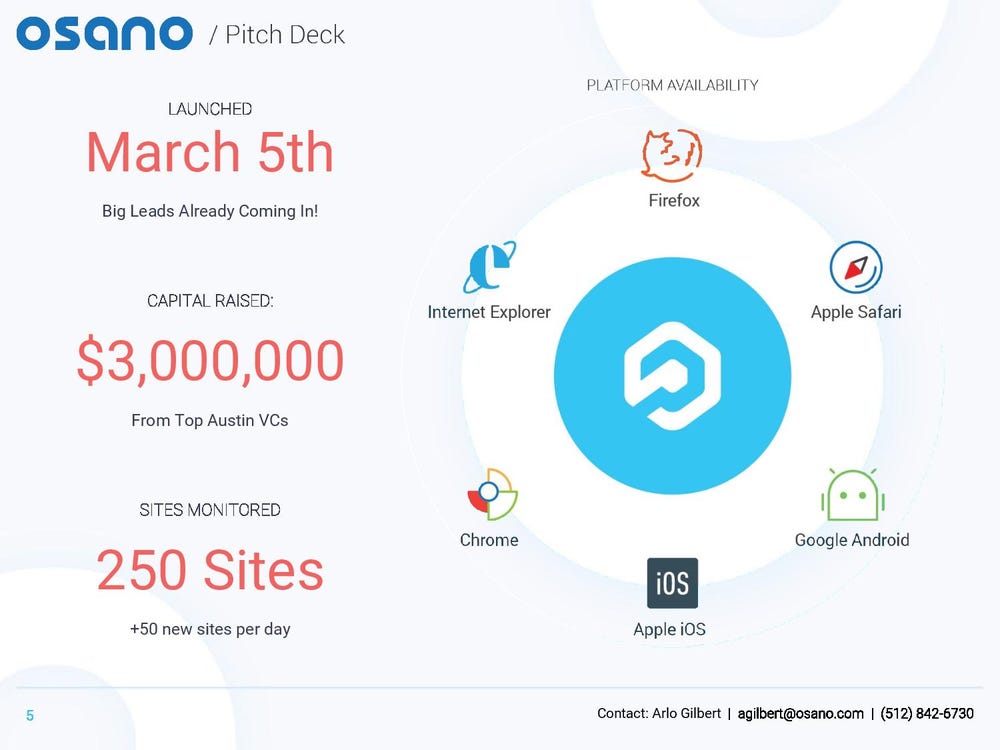 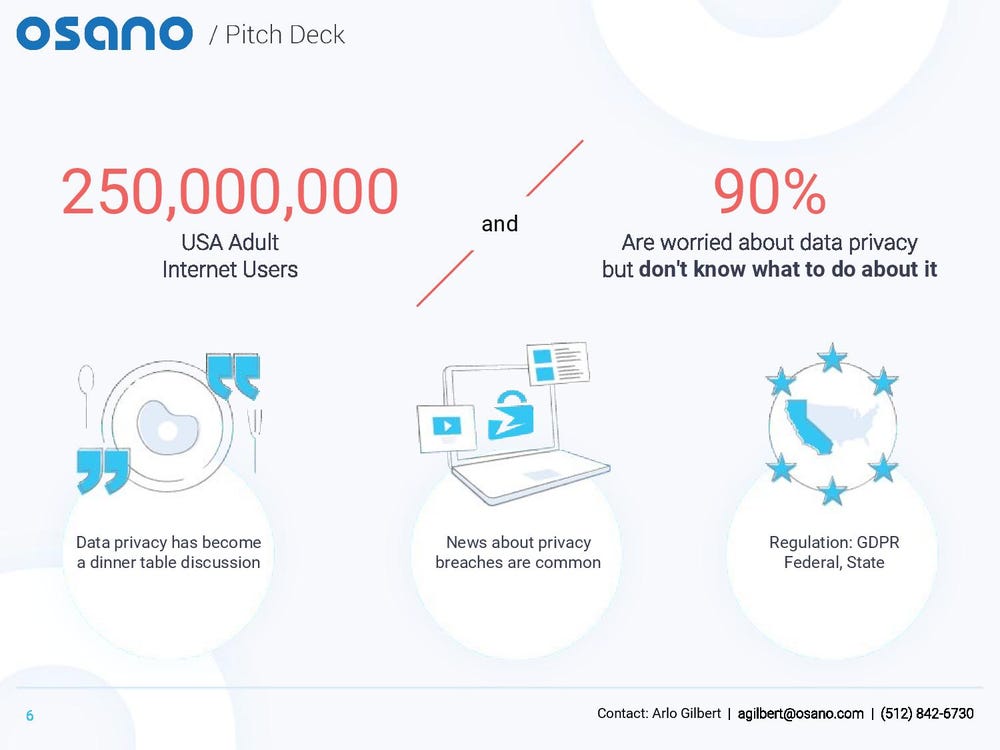 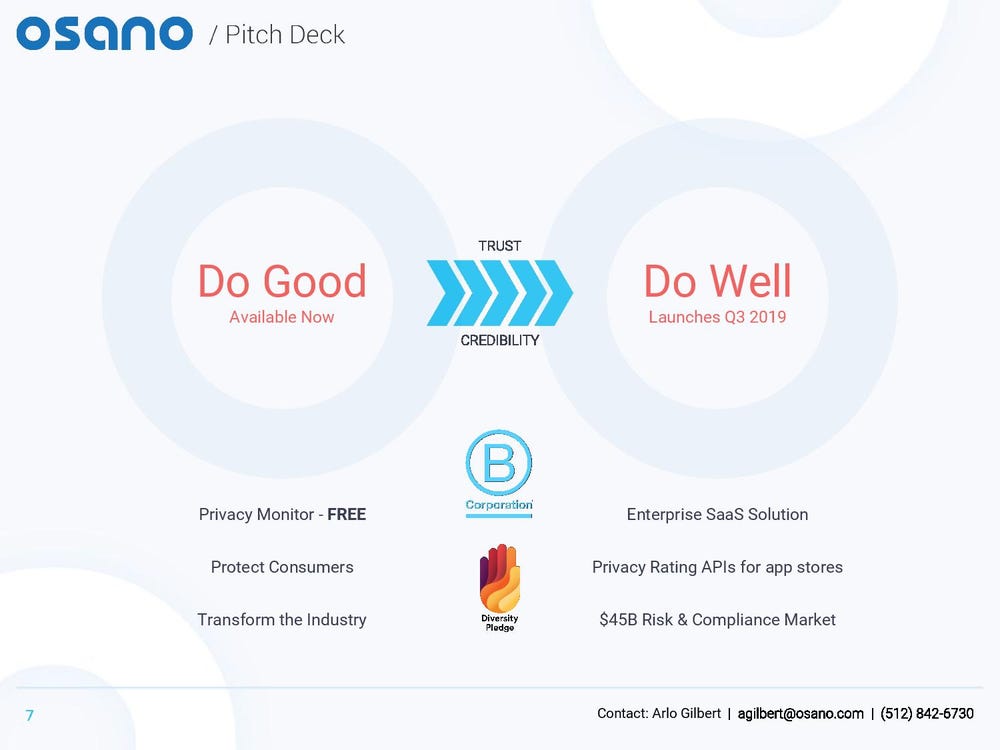 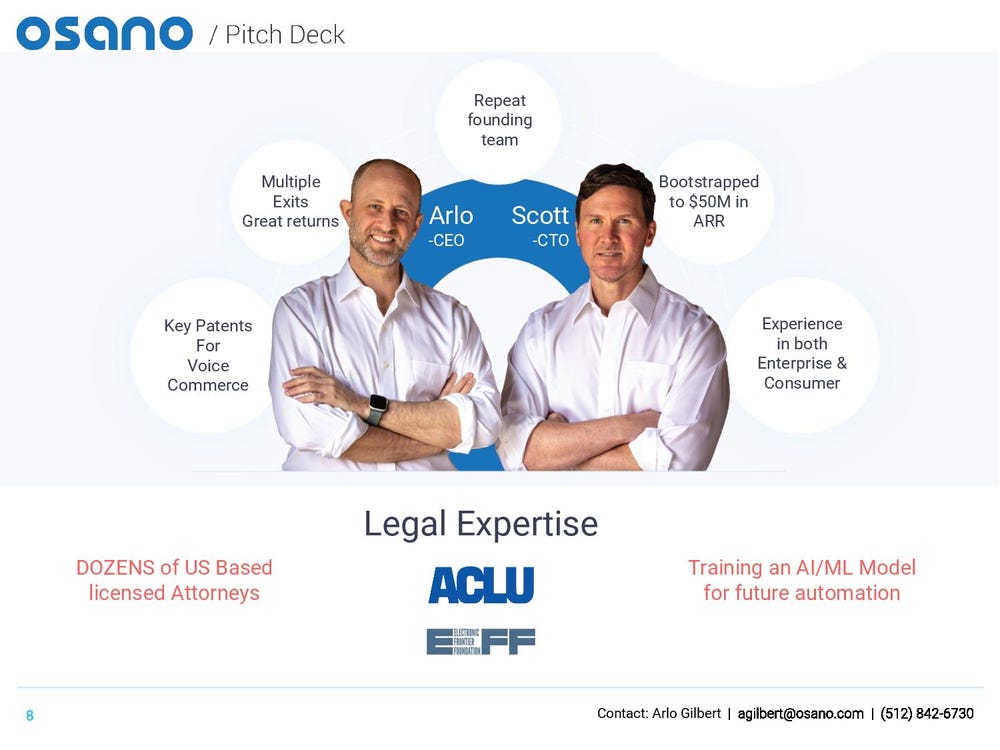 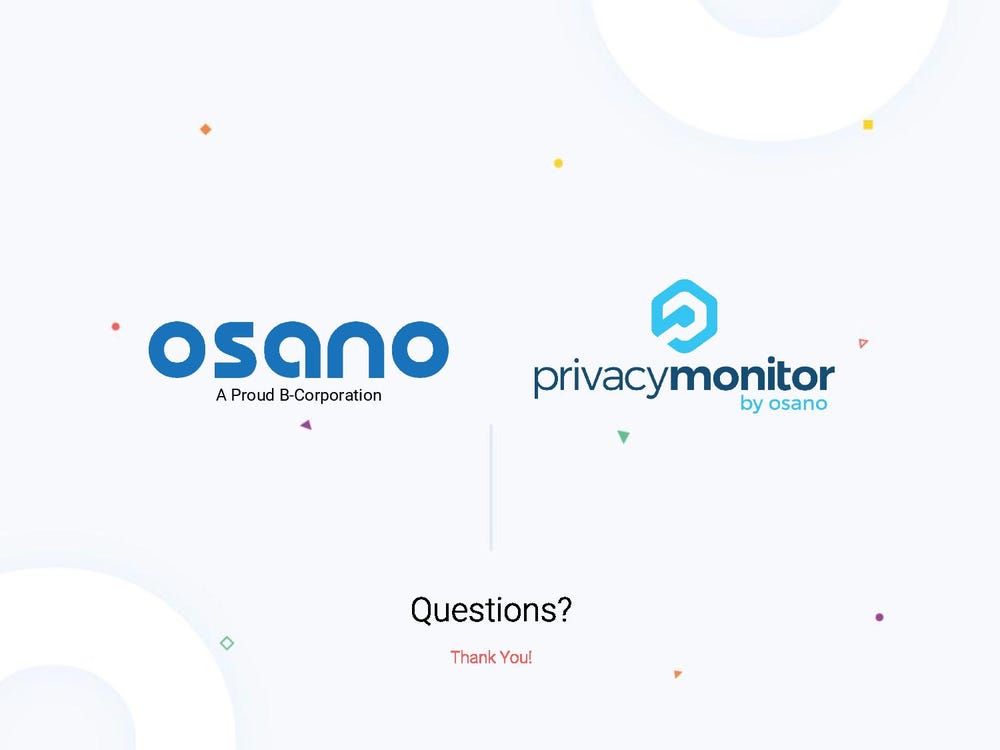