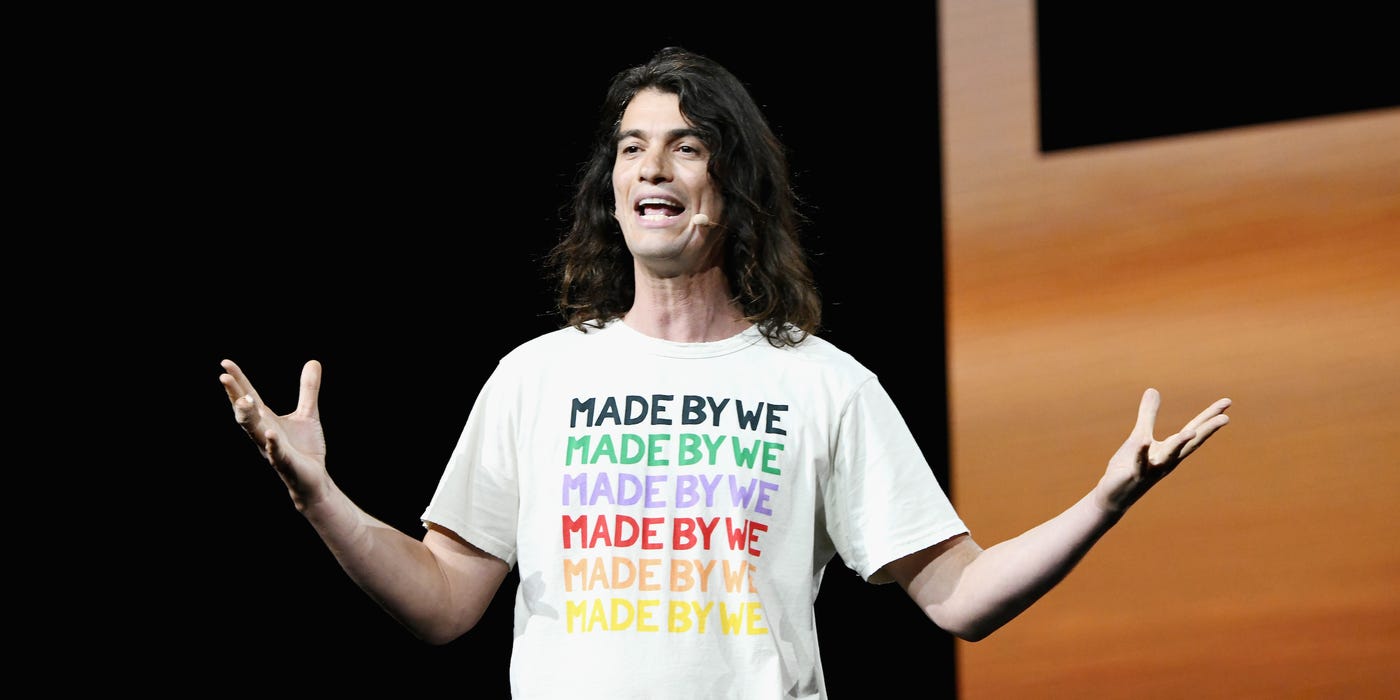 Two years after founding OpenSpace, the three MIT-grad cofounders have secured a sizeable series A investment for the startup from some of Silicon Valley’s finest.

The company’s founders, Jeevan Kalanithi, Philip DeCamp, and Michael Fleischman, have created an artificial-intelligence-assisted tool that enables 360-degree imaging for construction projects. The market opportunity appears to be sizeable: The global construction market is set to be worth $12.7 trillion by 2022, according to Construction Intelligence Centre.

The firm’s $14 million series A round included involvement from firms such as WeWork, which recently filed the paperwork for an initial public offering, JLL, Tishman Speyer, and Suffolk Construction. Other investors in the round included Lux Capital, Goldcrest Capital, Navitas Capital, and Zigg Capital.

JLL, WeWork, Tishman Speyer, and Suffolk Construction were all customers of OpenSpace before the round, a key point for CEO Kalanithi.

“For the investors who started out as customers of our product, they already understood our value proposition, which is the same message we would share with new investors: documentation is currently manual, time-consuming, and a large pain point in the construction industry,” Kalanithi told Business Insider. “Our solution uses AI to solve that challenge, delivering more comprehensive documentation while removing steps from their workflow.”

OpenSpace works by attaching cameras to the hard hats of builders, who then continuously film construction projects. OpenSpace tracks the imagery and uploads the data to a cloud server. That data is then mapped together by OpenSpace’s AI to allow users to review conditions on a construction site from any period in its build cycle.

The company previously raised a $3.5 million seed round and told Business Insider that this latest round would be used to boost OpenSpace’s sales and marketing capacity and allow it to apply its computer vision tech to bigger construction projects.

Check out the company’s 29 slide pitch deck below. OpenSpace has redacted revenue figures: 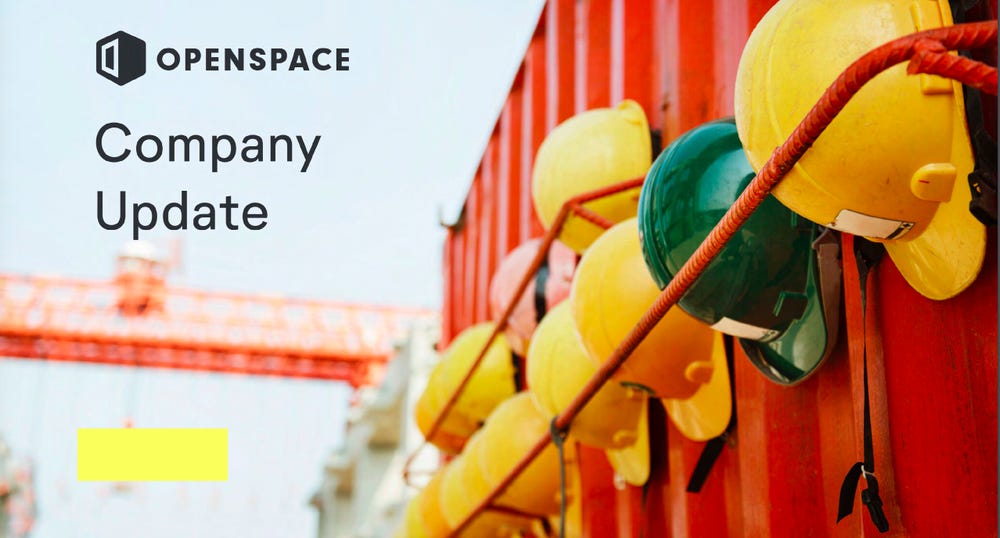 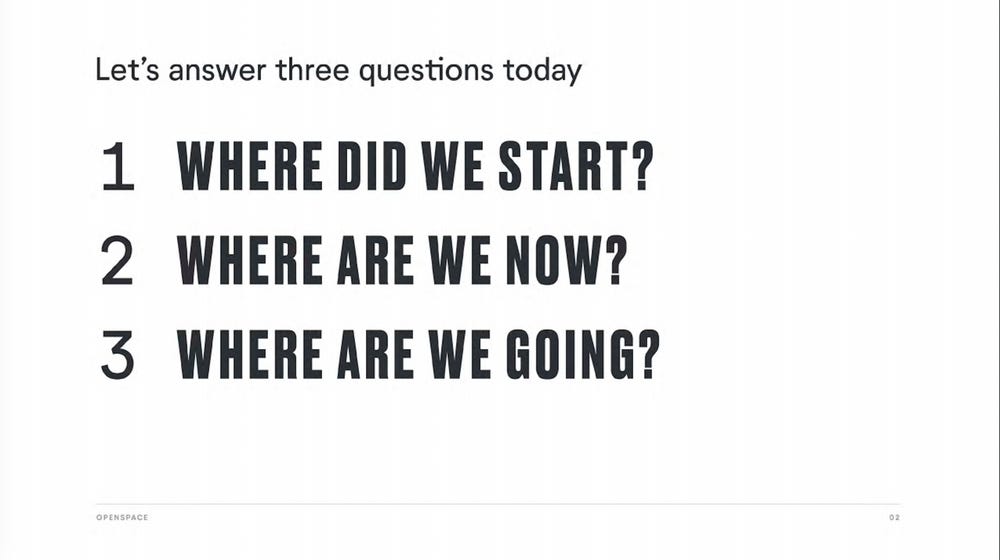 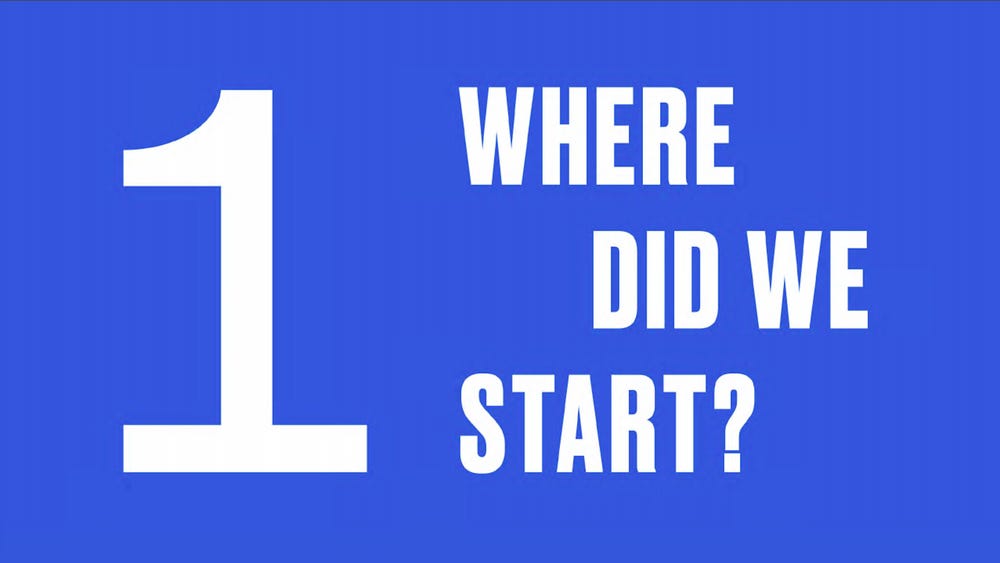 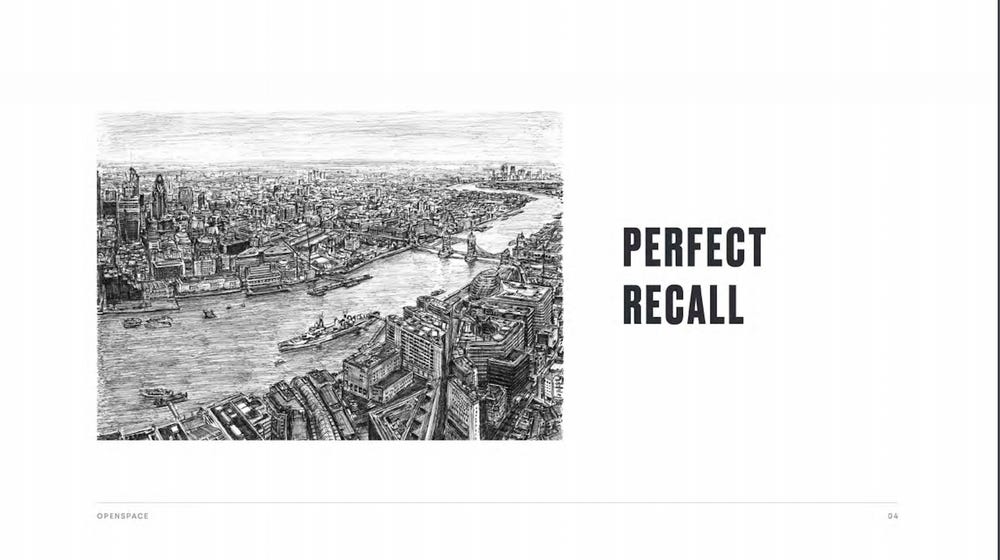 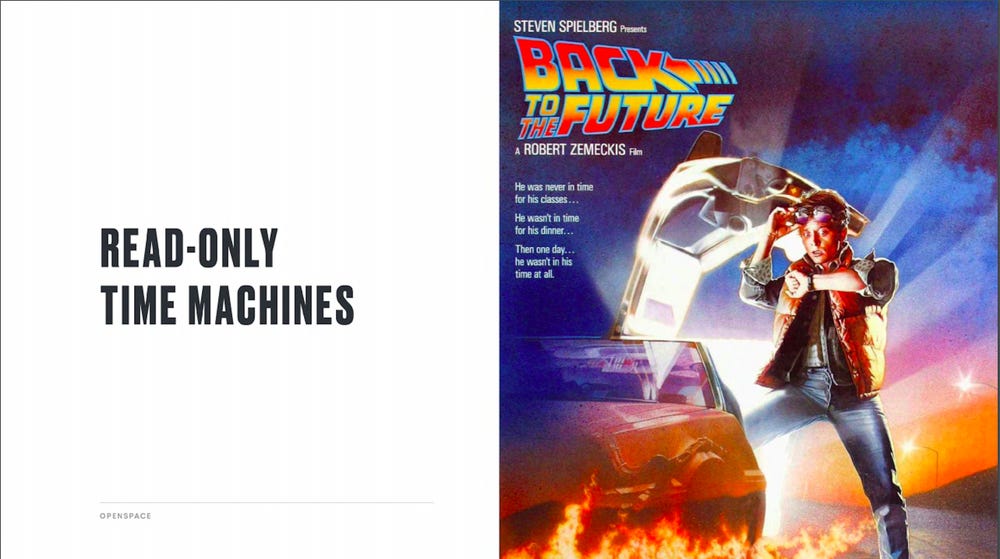 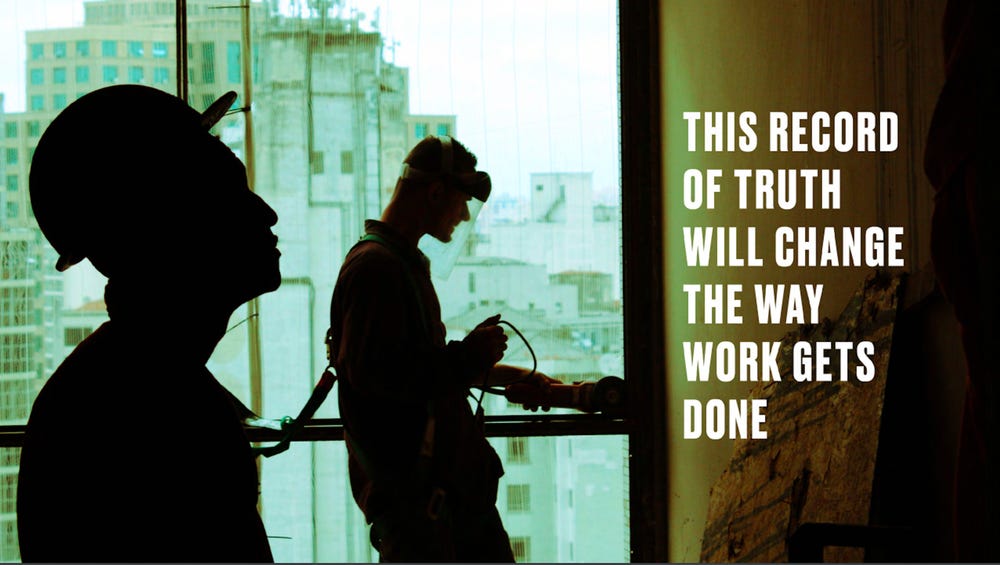 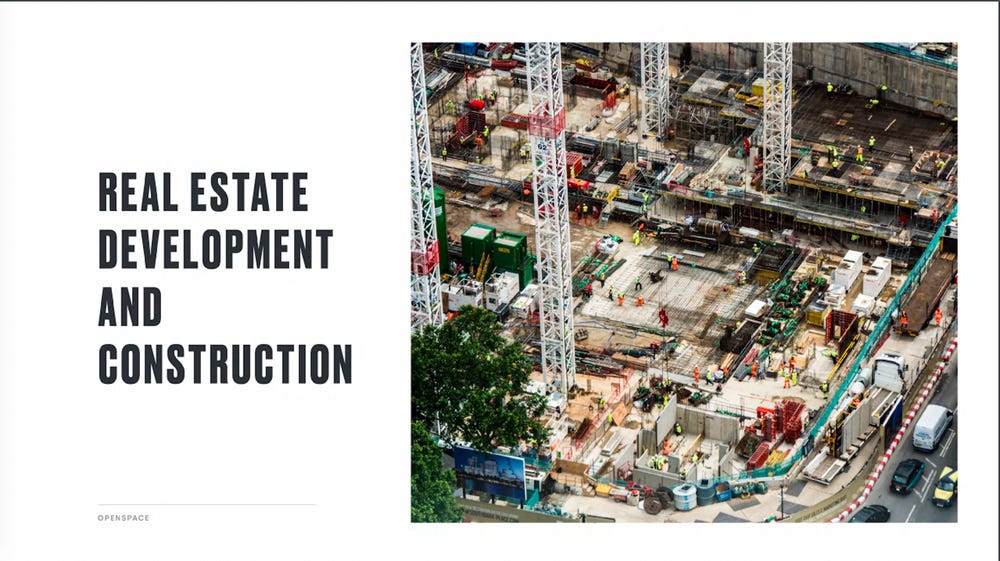 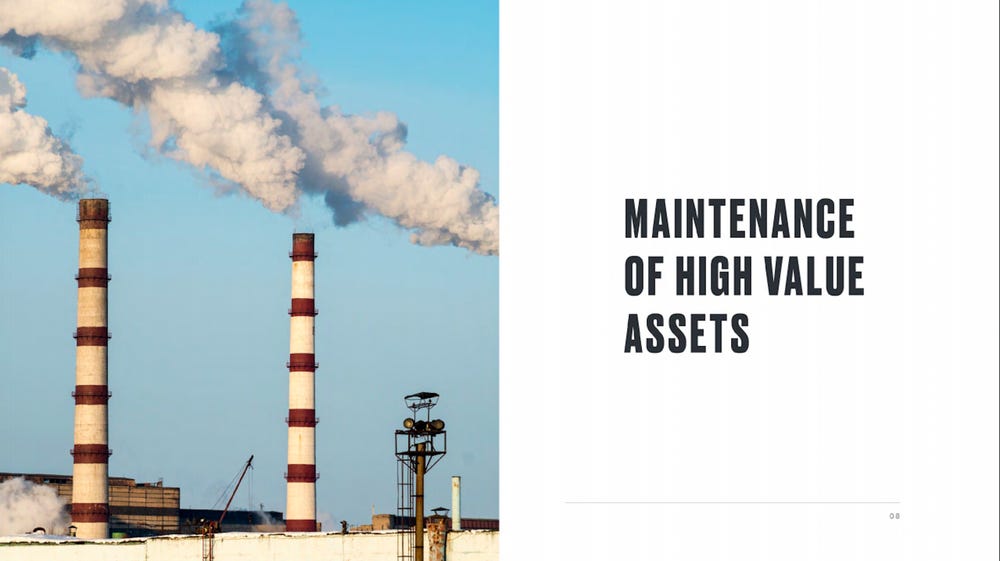 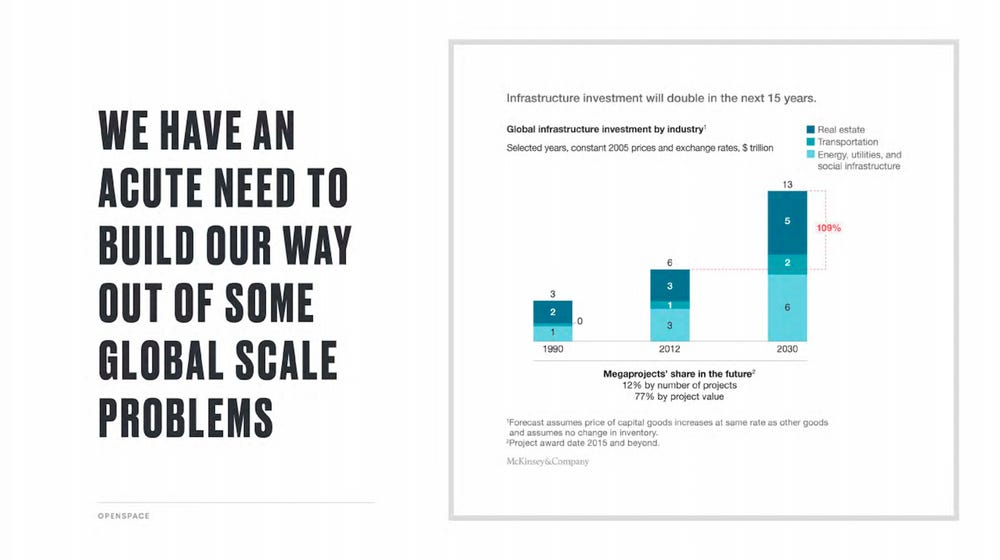 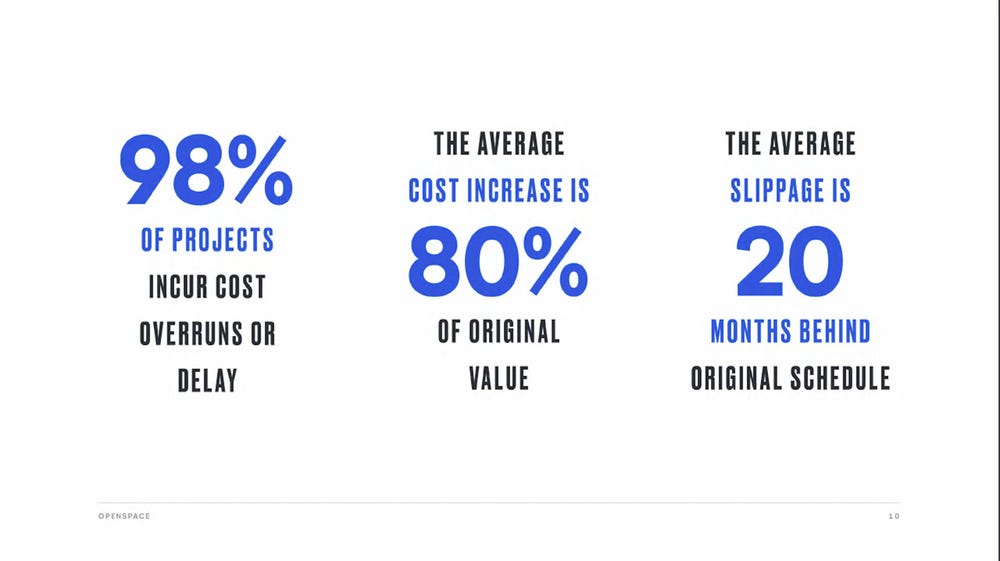 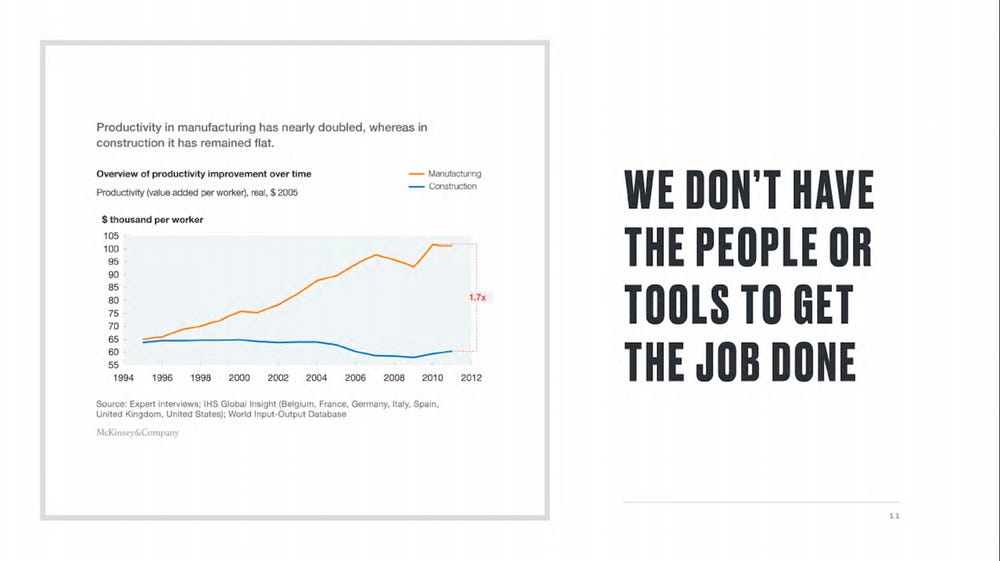 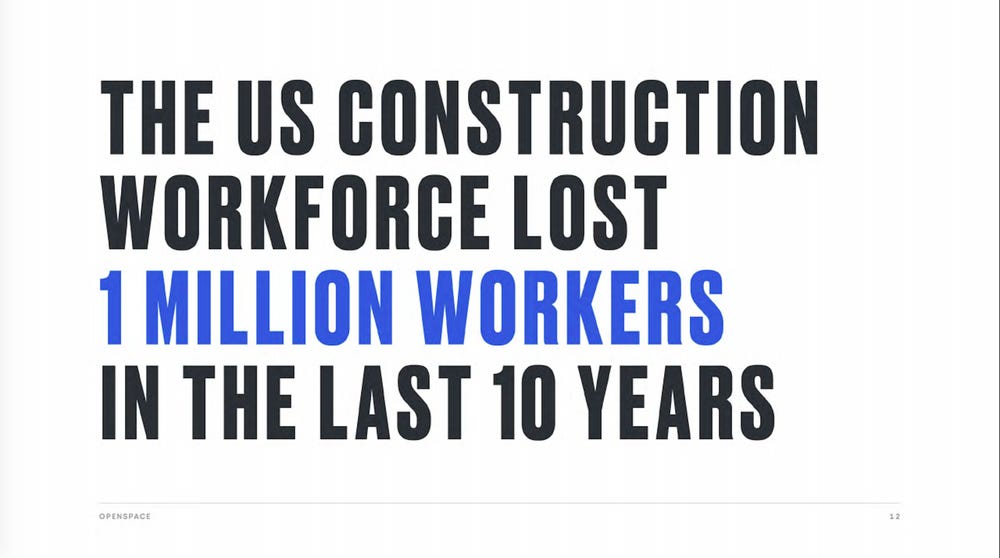 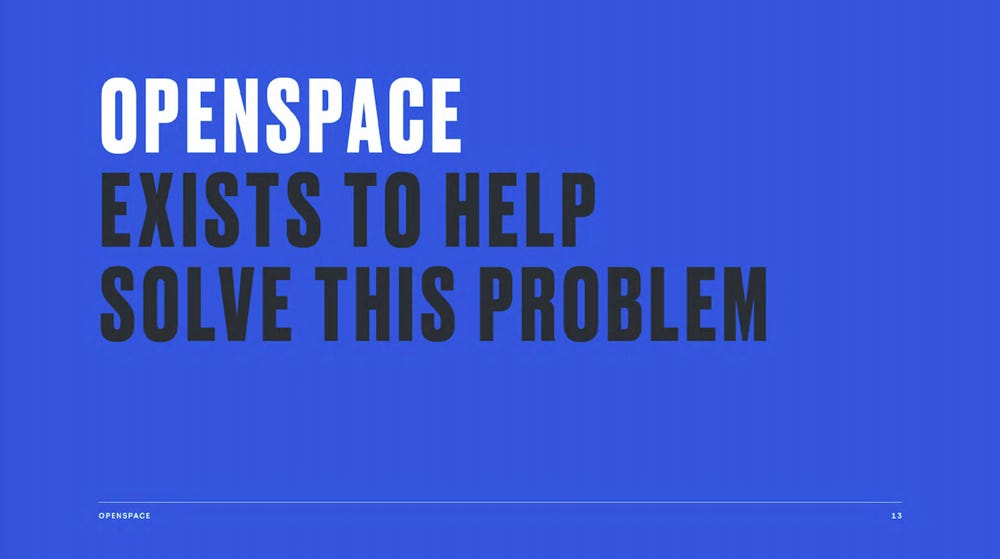 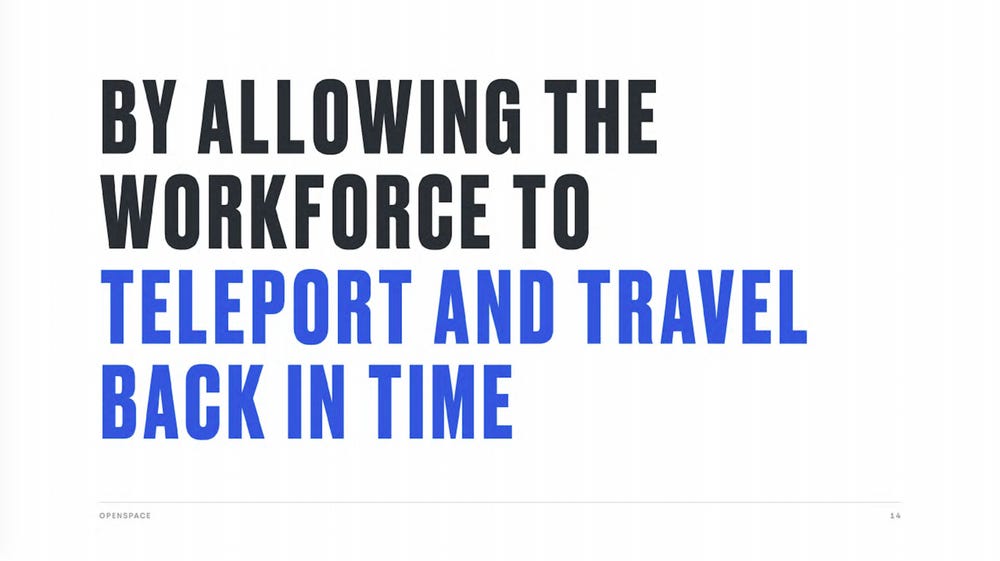 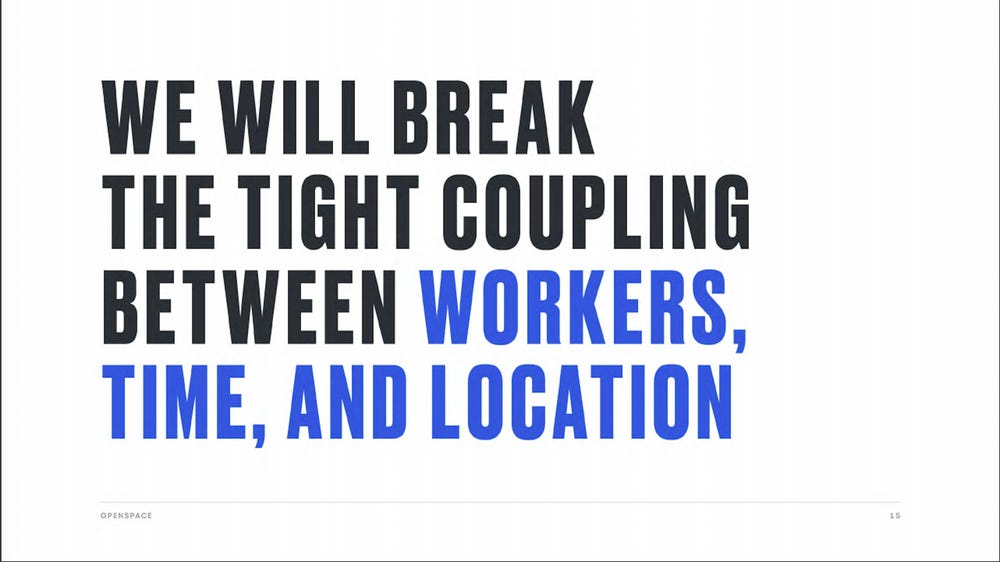 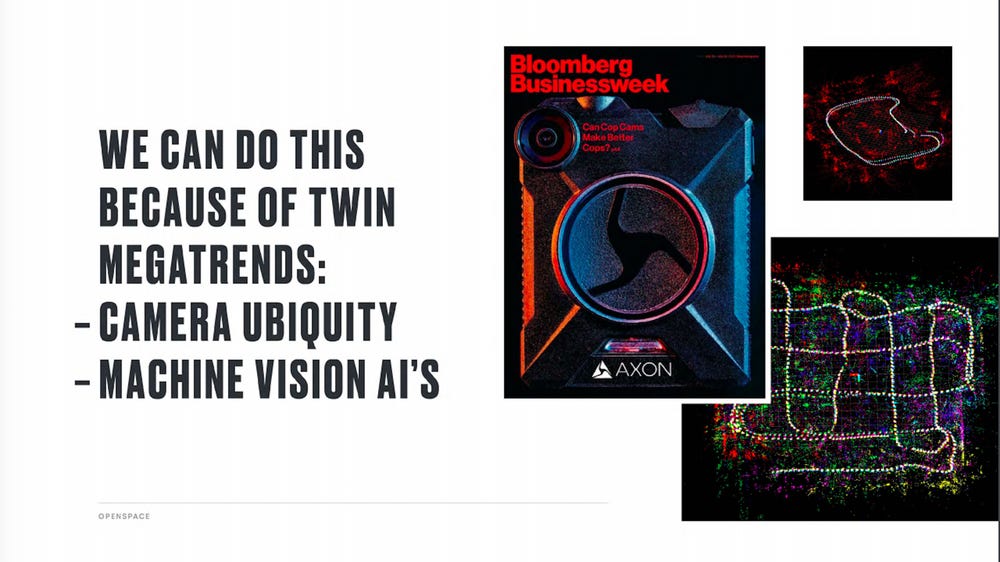 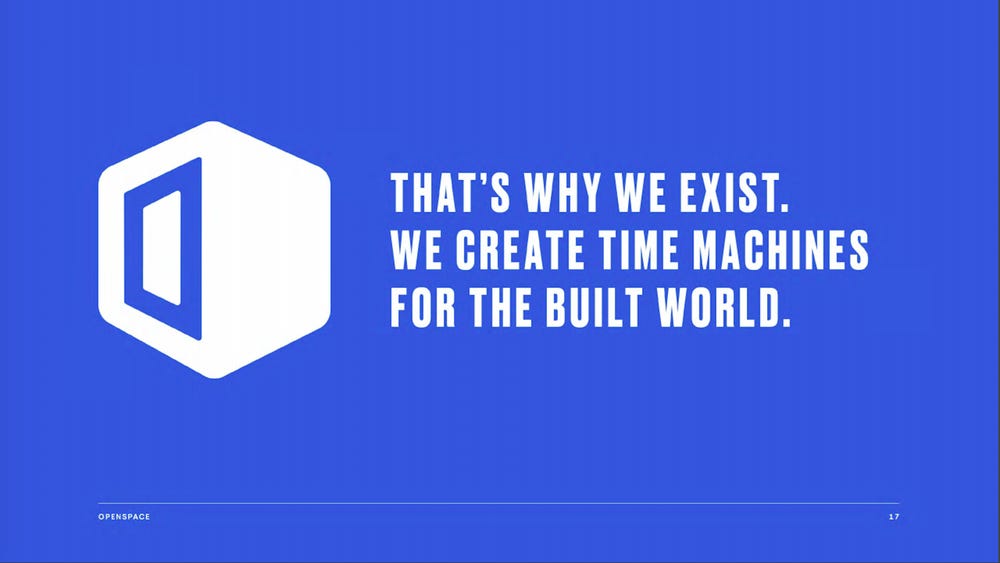 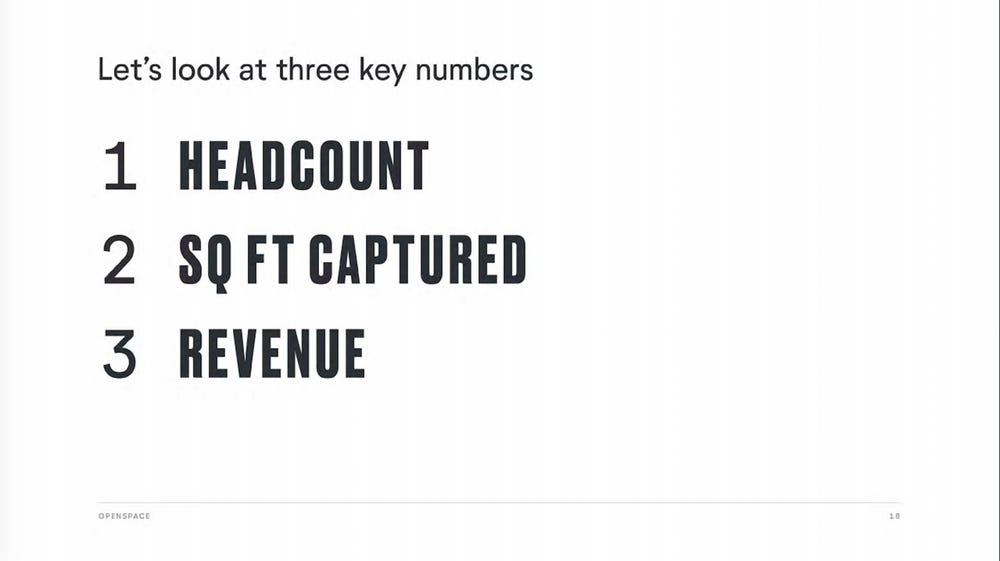 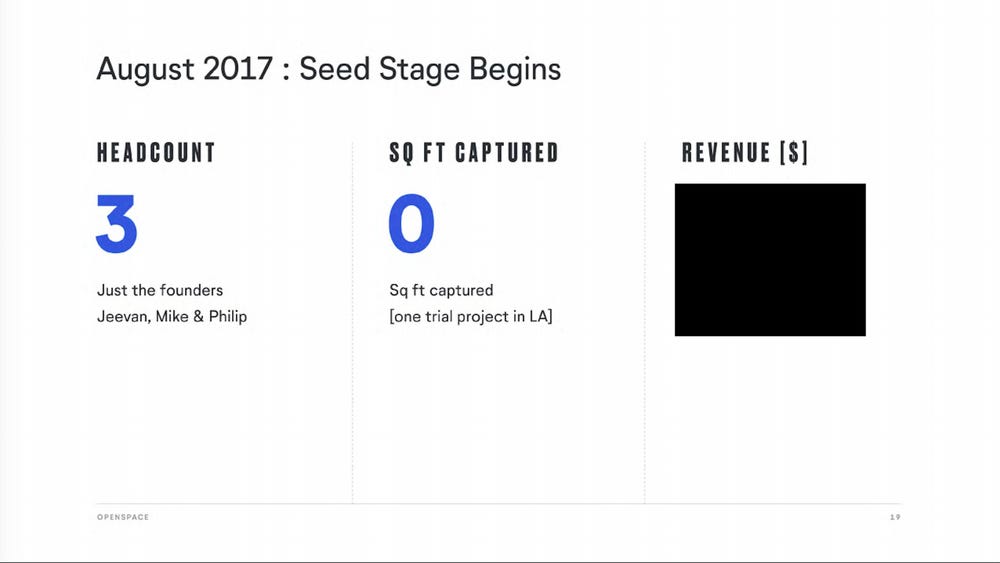 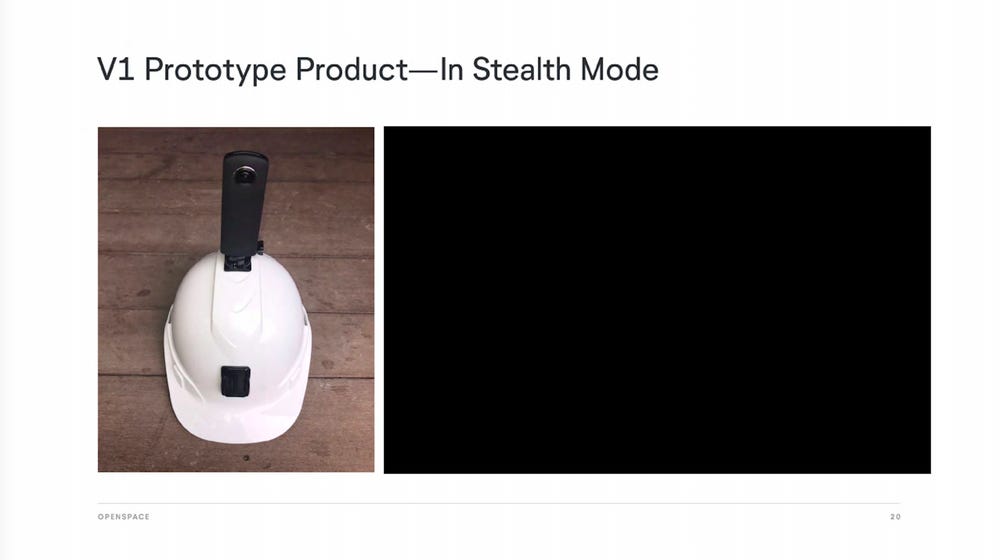 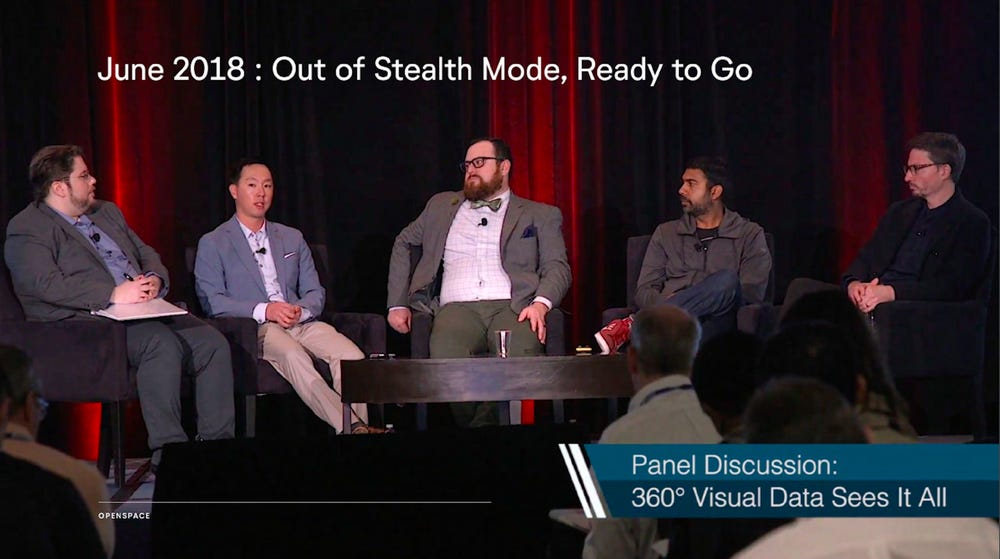 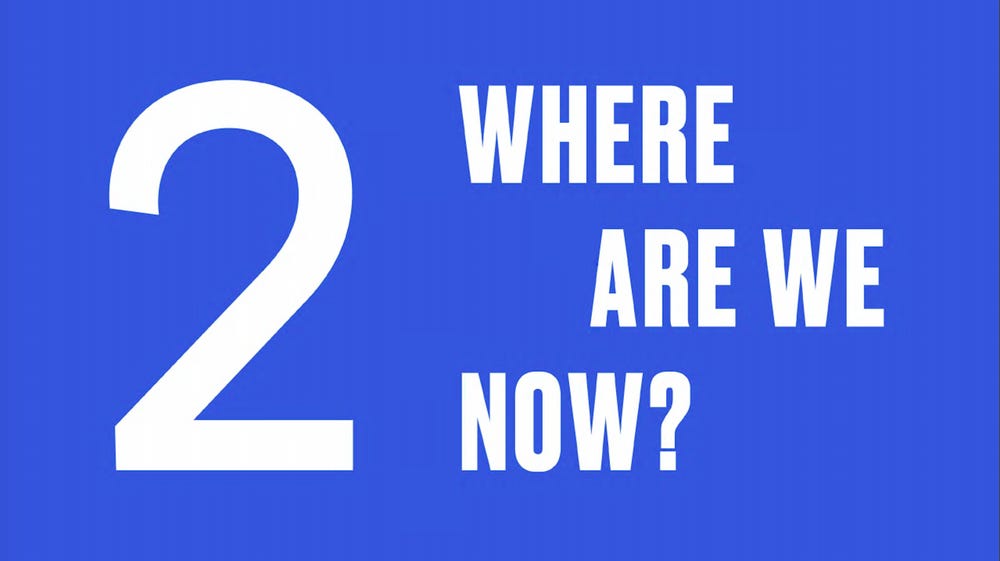 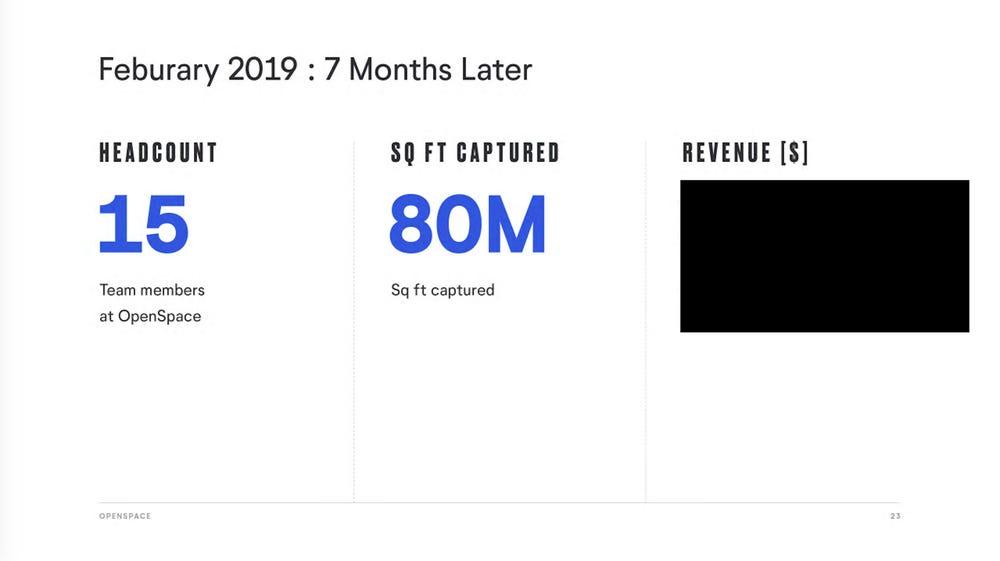 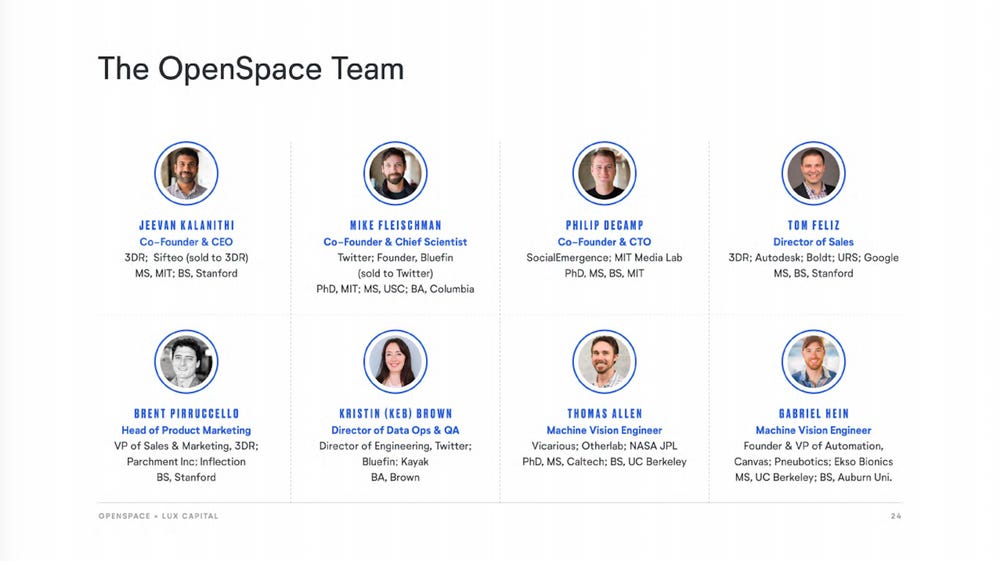 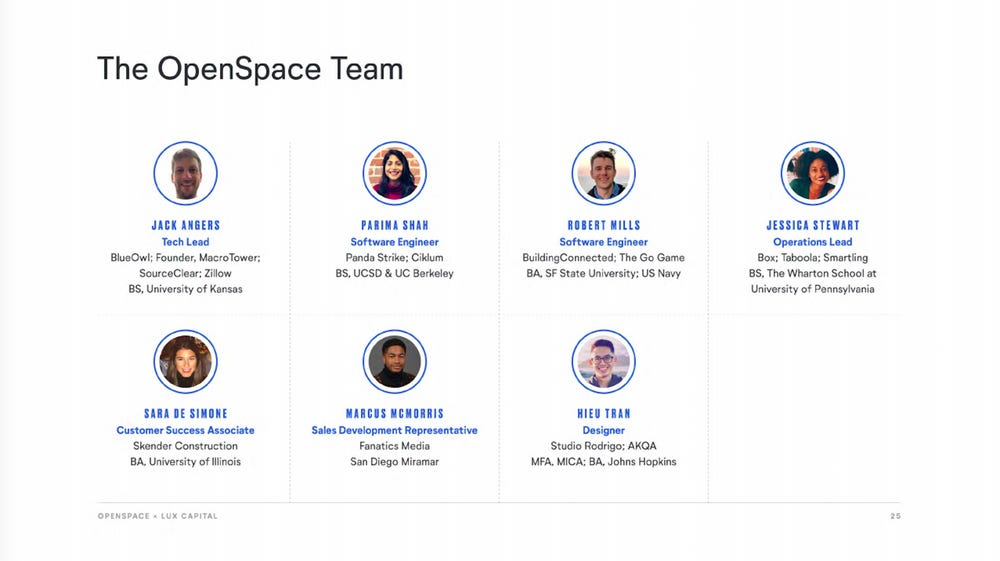 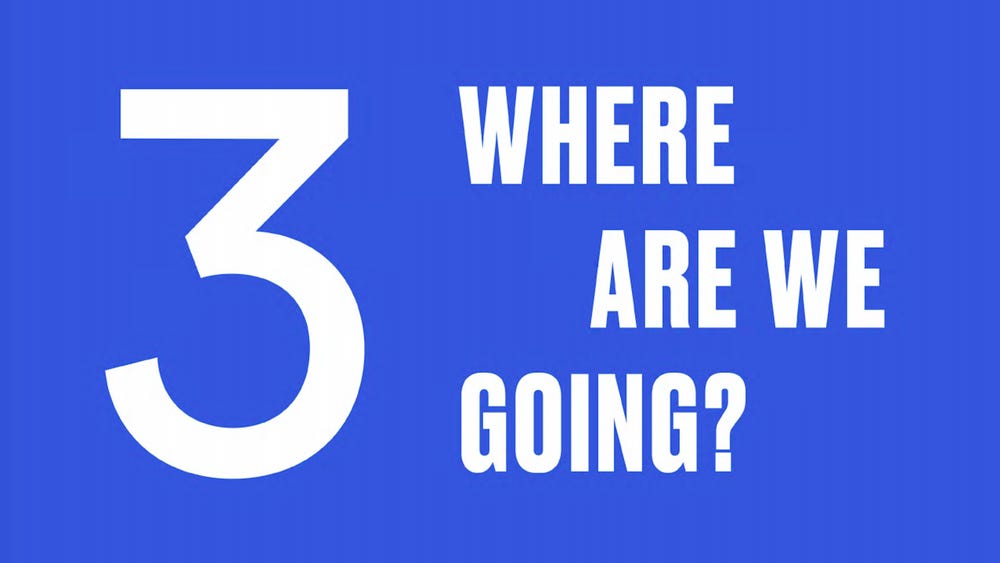 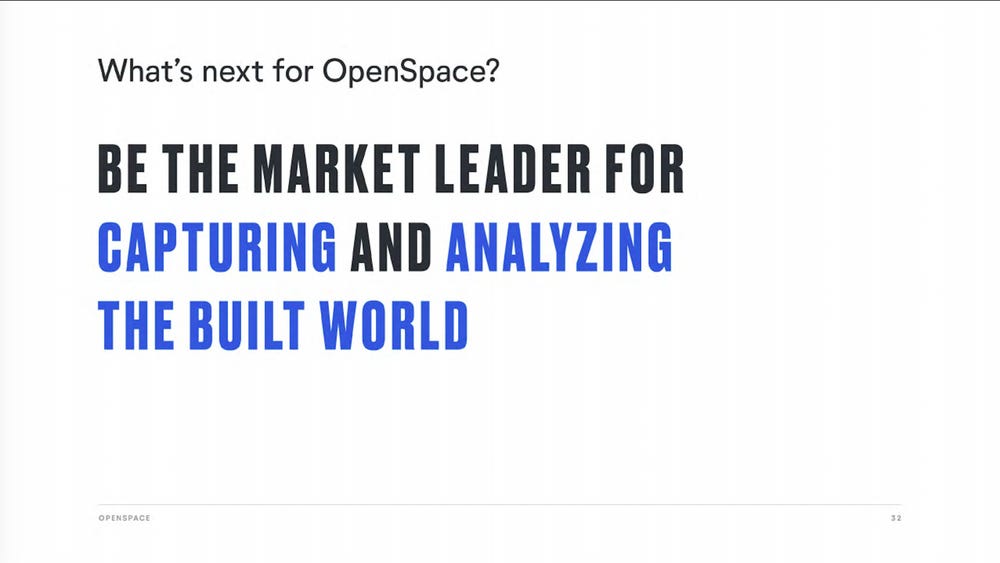 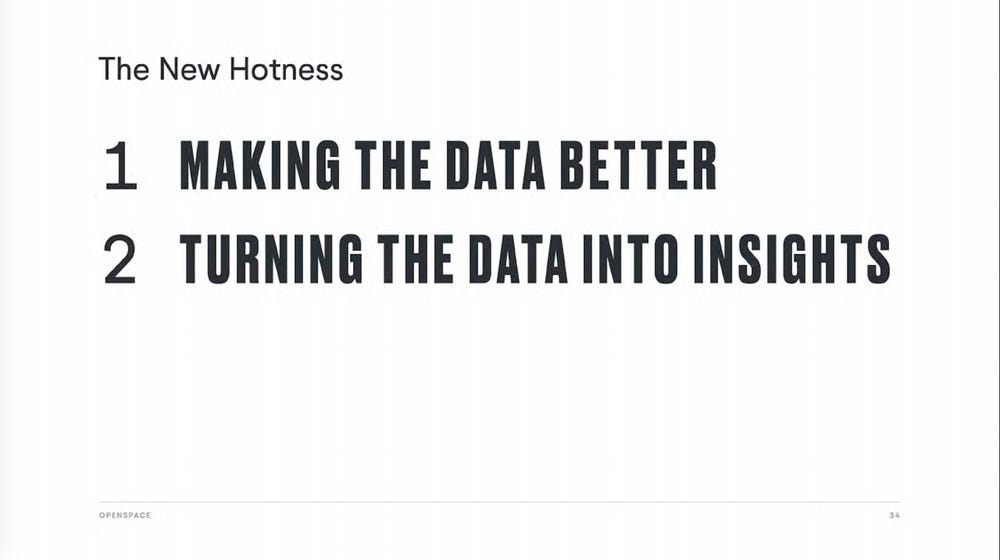 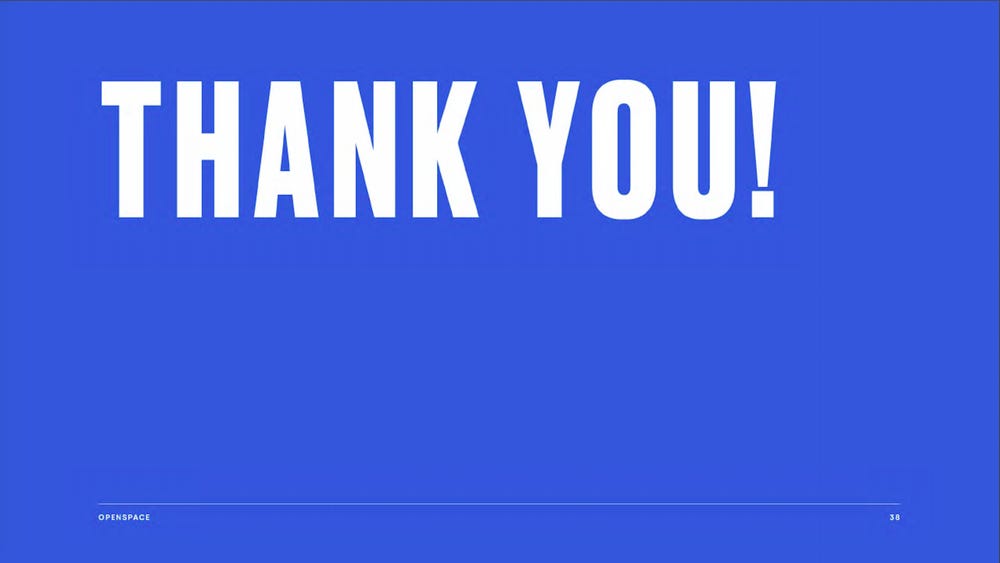