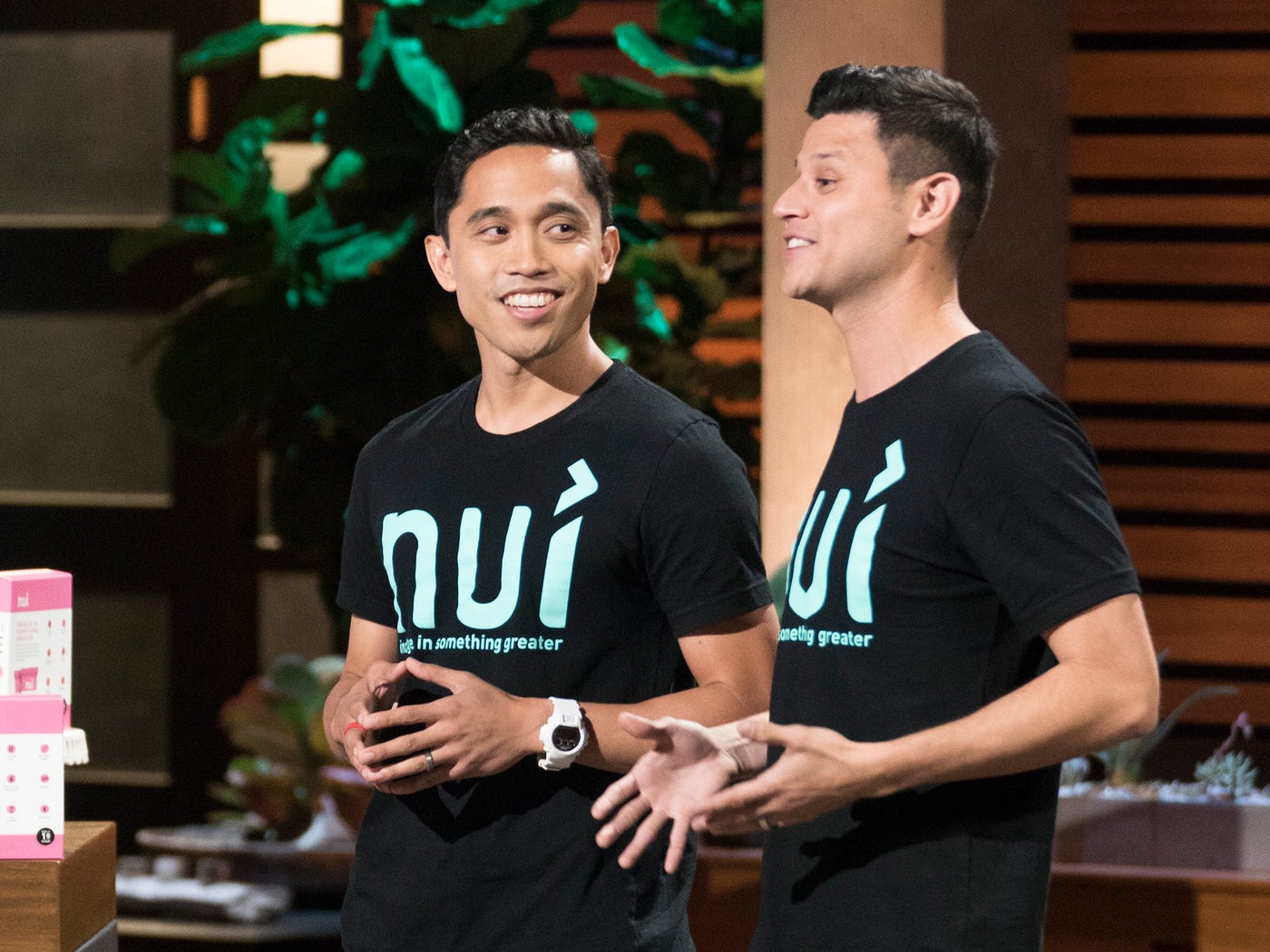 Let’s be honest. To most of us, a gluten-free low-carb cookie made with a combination of monk fruit and erythritol does not sound very tasty.

And yet Nui, the company that makes such a treat, has gotten impressive traction.

Nui cookies were initially geared toward people on the ketogenic diet, which helped founders Kristoffer Quiaoit and Victor Macias lose weight and get healthier. (Today, Nui is more inclined to brand the cookies as low sugar.)

After perfecting the recipe in Quiaoit’s mother’s kitchen, the founders outdid their goal of crowdfunding $30,000 and raised more than $79,000 on Kickstarter to support their business.

Then, in November 2018, the episode in which Nui appeared on “Shark Tank” aired on national television. The founders wound up winning a $300,000 investment from the guest shark Alex Rodriguez because his now-fiancée Jennifer Lopez apparently loves cookies.

The deal with A-Rod ultimately didn’t pan out, but Quiaoit and Macias previously told Business Insider that the show was still a huge boon for business, mostly because of the publicity it afforded. In 2018, Nui brought in $1.4 million.

After “Shark Tank,” Nui told Business Insider, it raised a small seed round of $179,000 from friends, family, and angel investors, including Titan Angels. During the seed round, they used a simple pitch deck in which they declared they wanted to “be the Nabisco for low sugar, low carb INDULGENT snacks.”

Here’s the pitch deck Nui used (some financial information has been omitted): 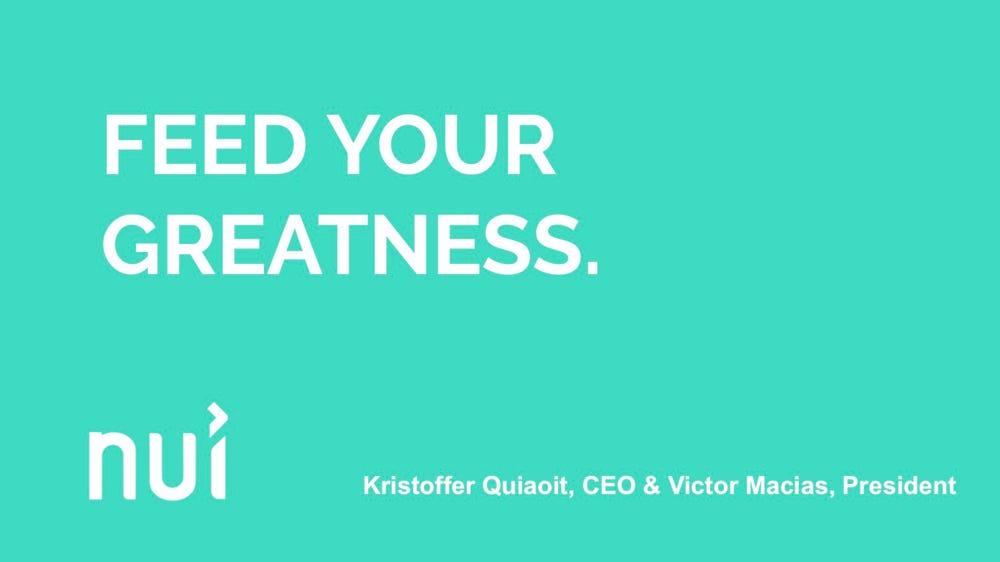 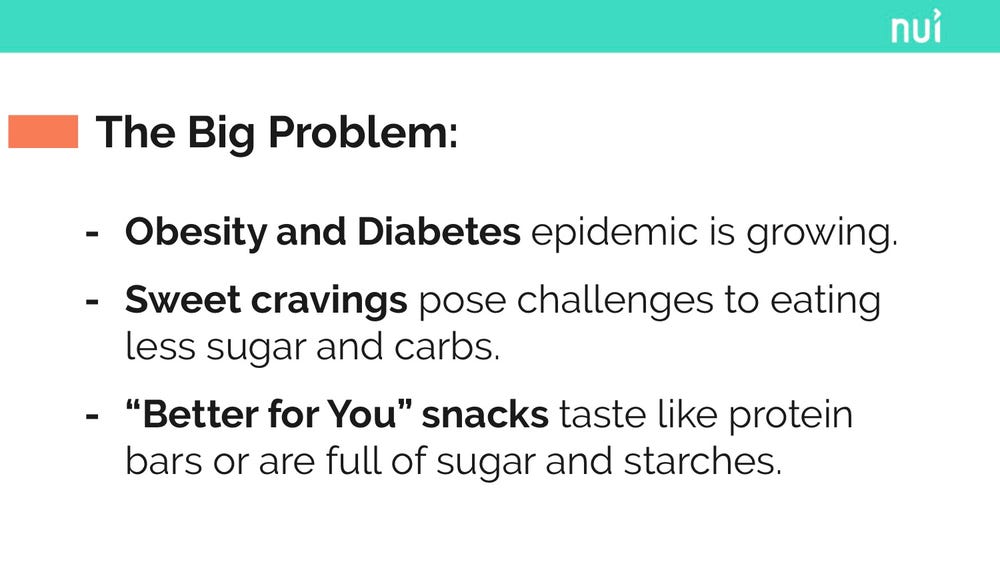 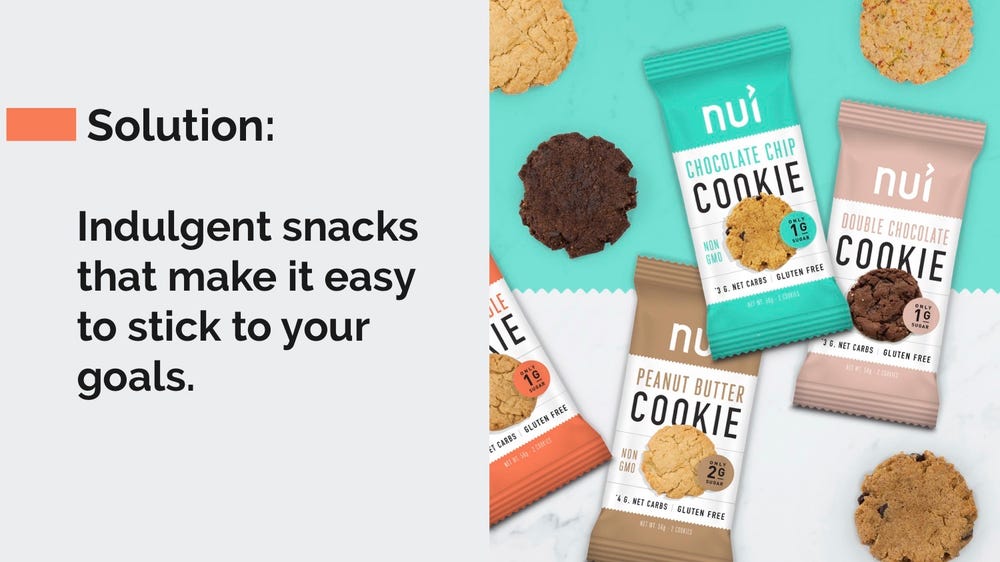 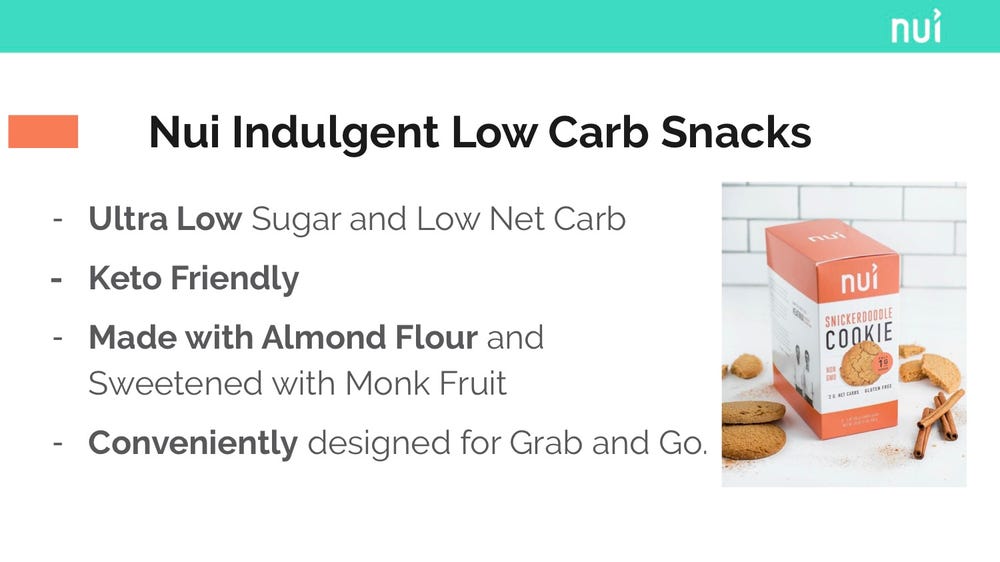 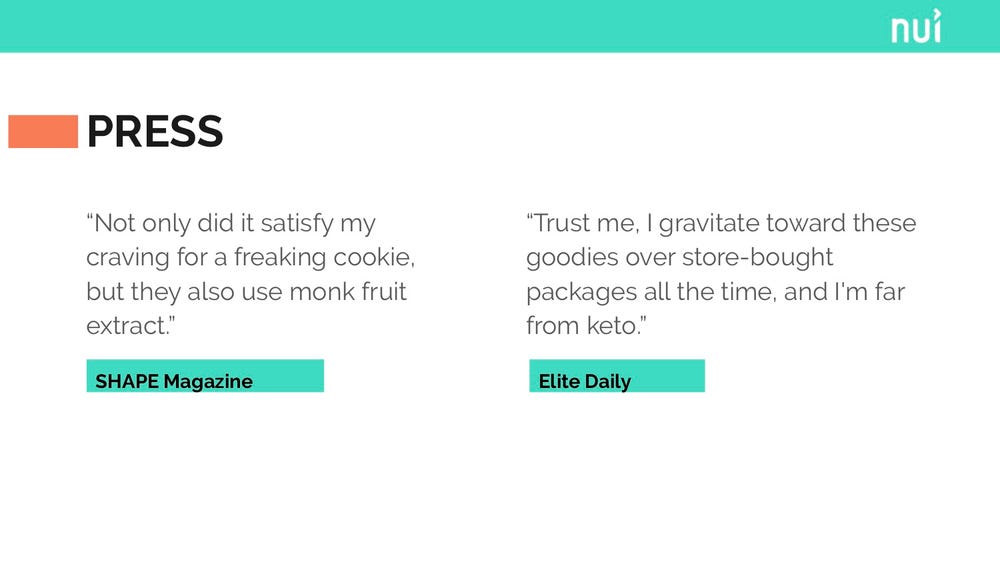 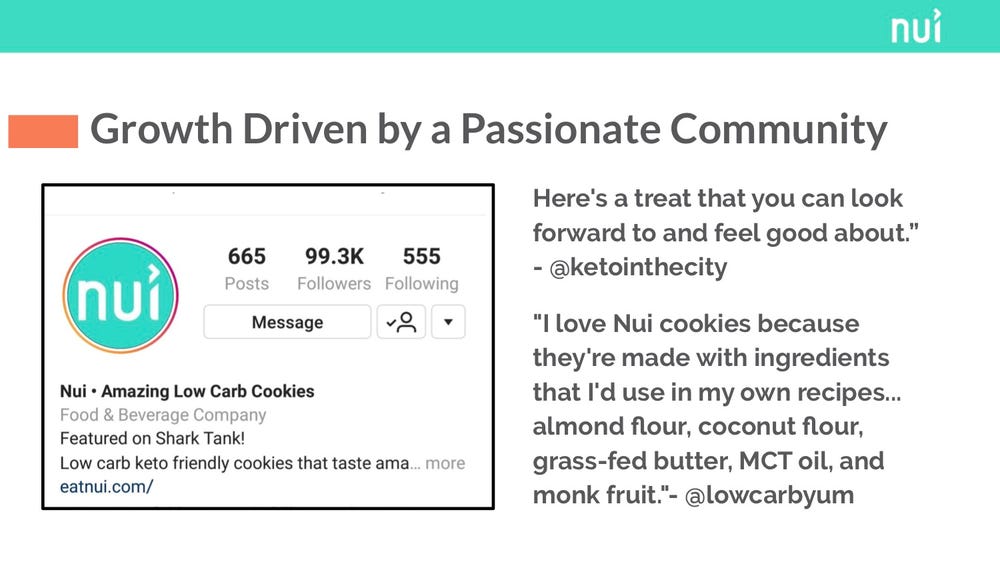 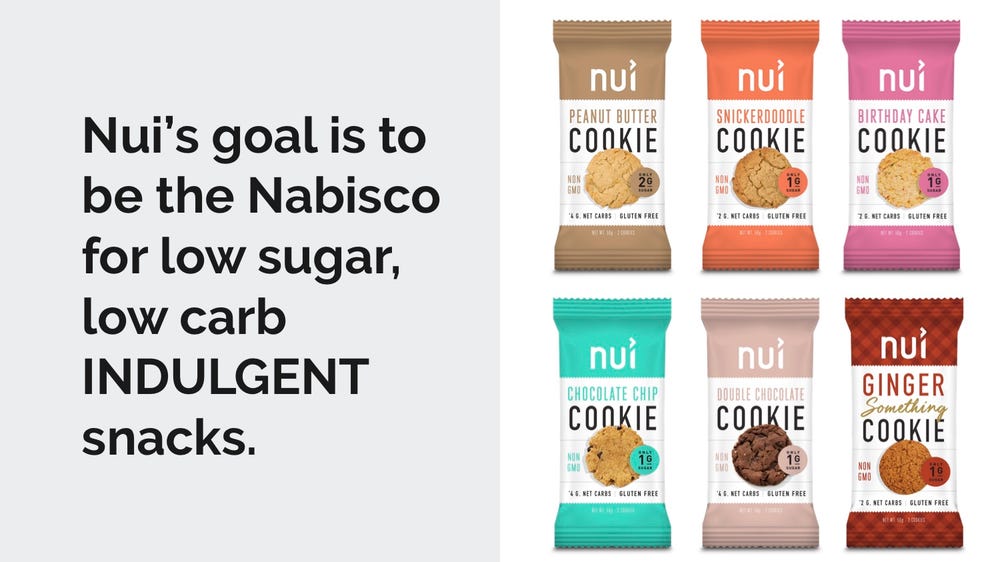 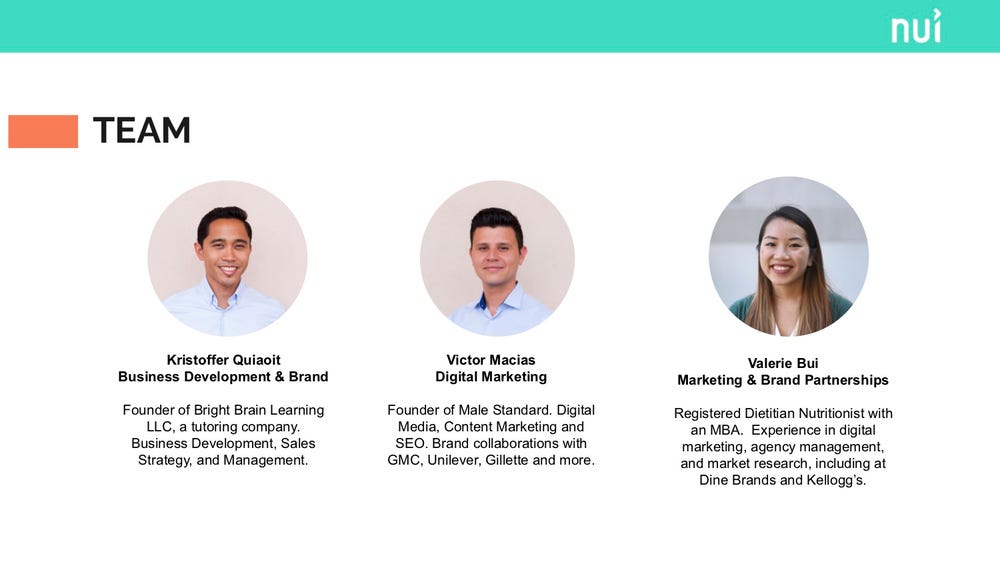 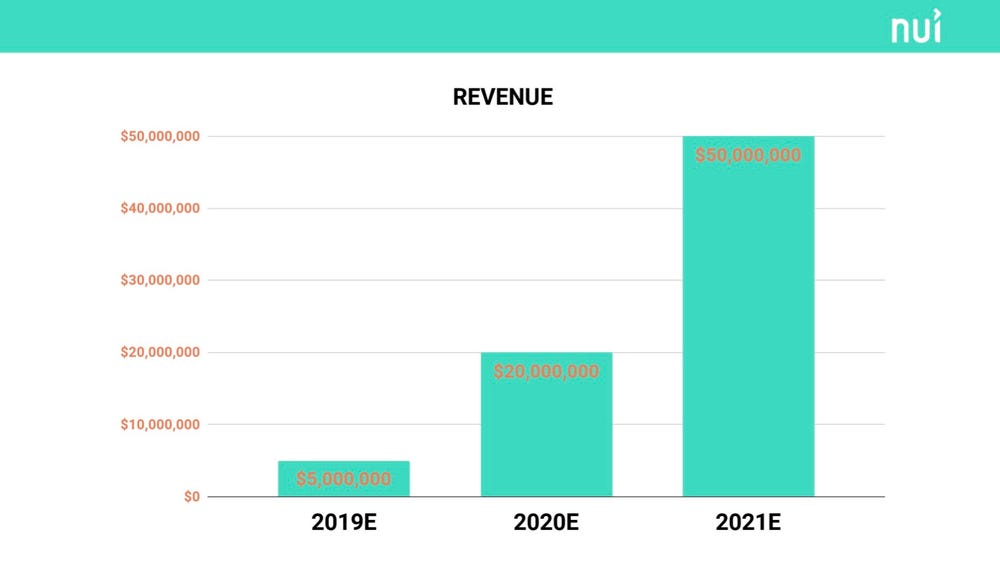