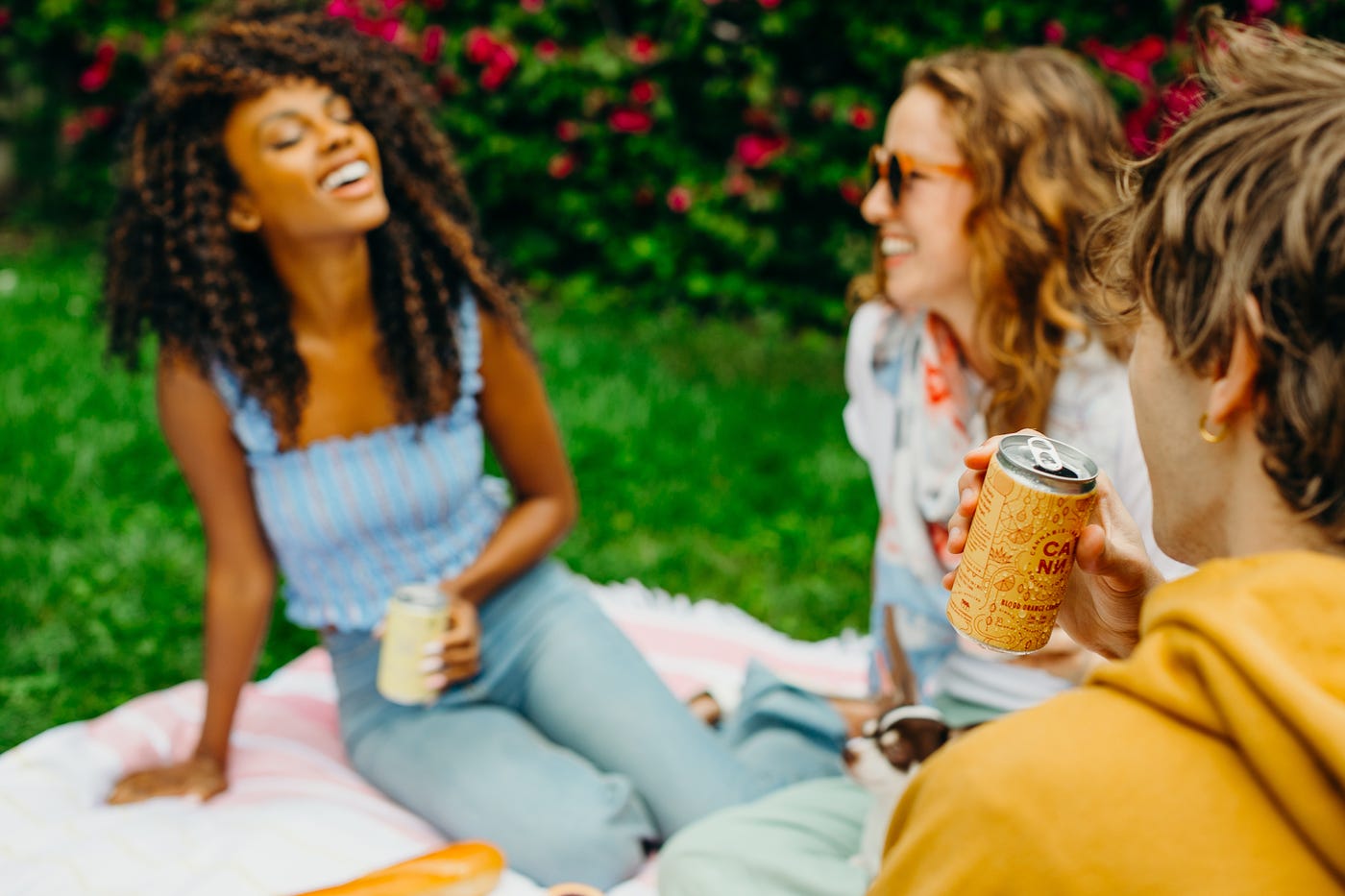 Cann, founded by Jake Bullock and Luke Anderson, on Tuesday closed a $5 million seed funding round, led by Imaginary Ventures and JM10 Partners. That funding adds to Cann’s initial $1.5 million raise in July.

“We really wanted to find investors that looked at us less like a cannabis company and more like an alcohol substitute,” Bullock said in a Tuesday morning interview. “Imaginary got it really fast.”

For her part, Massenet said Cann “addresses this growing trend in a brilliantly formulated series of beverages.”

“We have been tracking the new generation of consumers who are searching for and embracing new forms of responsible social drinking which do not involve alcohol,” Massenet said.

Right now, Cann is available in 75 California dispensaries, with more coming shortly, the founders said. The startup is also leveraging its relationship with JM10, which has invested in companies with cannabis licenses in newly-legal Michigan, Illinois, and Massachusetts, to expand to those states as well.

As part of raising more money, Anderson said they want to make a six-pack of Cann beverages “price competitive” with a six-pack of craft beer.

“We want to be aggressive about changing the price of our products,” Anderson said. “It might pinch the margin a bit now, but as the industry evolves, we expect that we’ll be able to produce this product a lot more similarly to other mass-produced beverages.”

After graduating business school — Stanford and Harvard respectively — the pair, who first met as associates in Bain’s San Francisco office, “speed-dated” each other, Anderson said in a June interview at Business Insider’s Manhattan headquarters.

In order to develop the flavors for their beverages, Bullock and Anderson mined search data on Google Trends and Pinterest, honing in on what they say is “pent up demand” for flavors like lemon lavender, grapefruit rosemary, and blood orange cardamom.

“We found that people really wanted savory and herbal flavors,” Bullock said. Coupled with organic ingredients and millennial-friendly branding (as evidenced by Cann’s Instagram page), they created a beverage that Anderson said could “sit on a shelf at Whole Foods, with or without the cannabis.”

Cannabis beverages, the thinking goes, give new consumers — who may be used to drinking alcohol socially — an easy entrance into the market. And they have fewer calories than alcoholic drinks, and come “without a hangover,” said Bullock.

Bullock and Anderson saw the most opportunity specifically in low-dose beverages, containing both THC and CBD, that are designed so that consumers without much experience can have a few beverages without feeling too high — just like you’d drink a few beers during a happy hour.

Note: This story was originally published in July. We’ve updated it to reflect the details of the new funding round. The deck below was initially used to raise funds in July, and the company said it used similar slides to raise its most recent round, though some information changed.

Check out Cann’s pitch deck below: 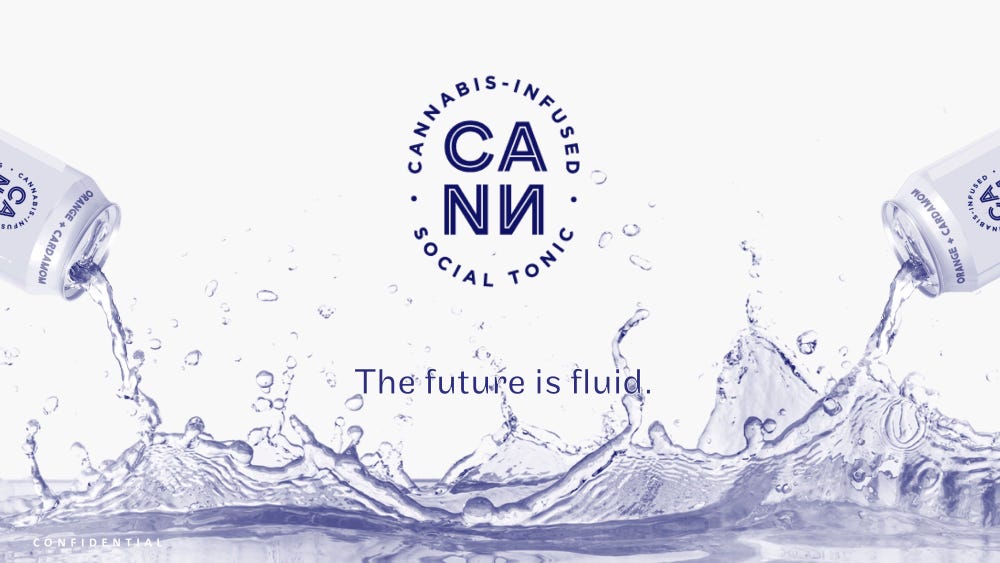 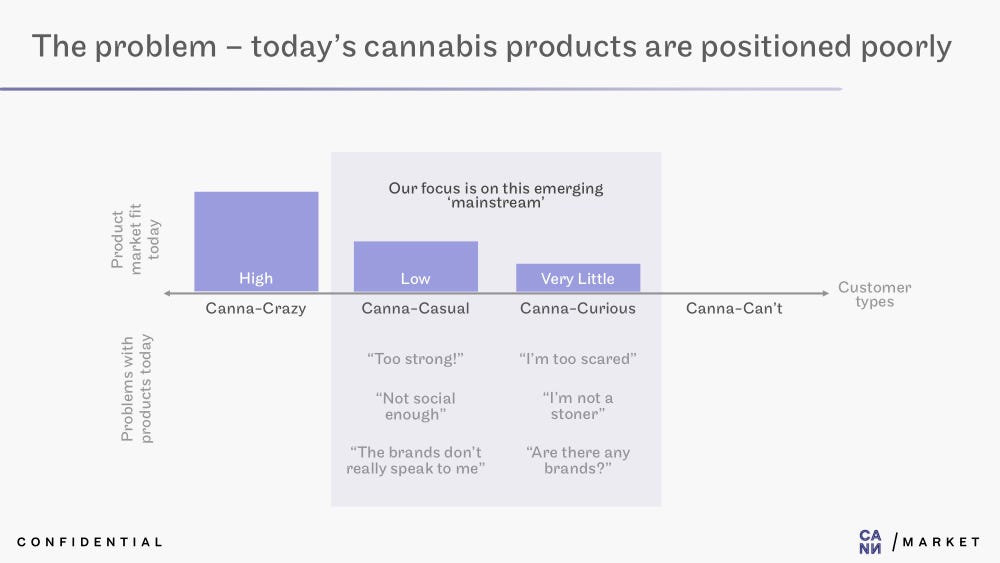 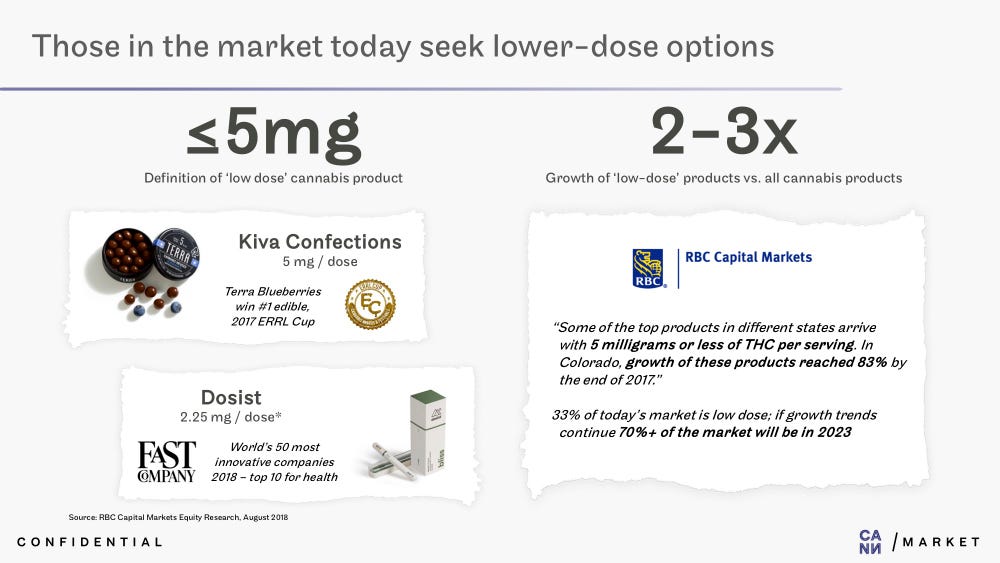 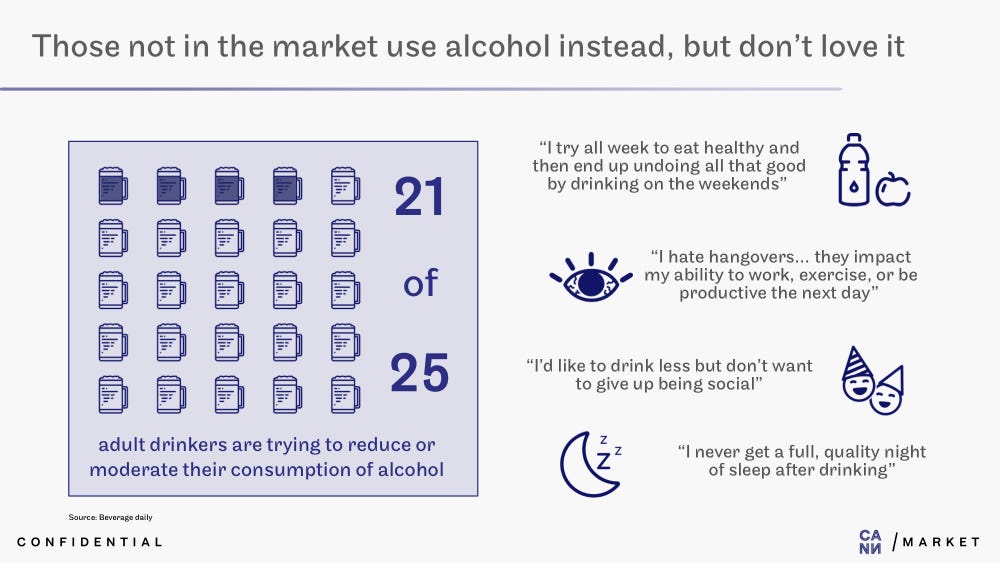 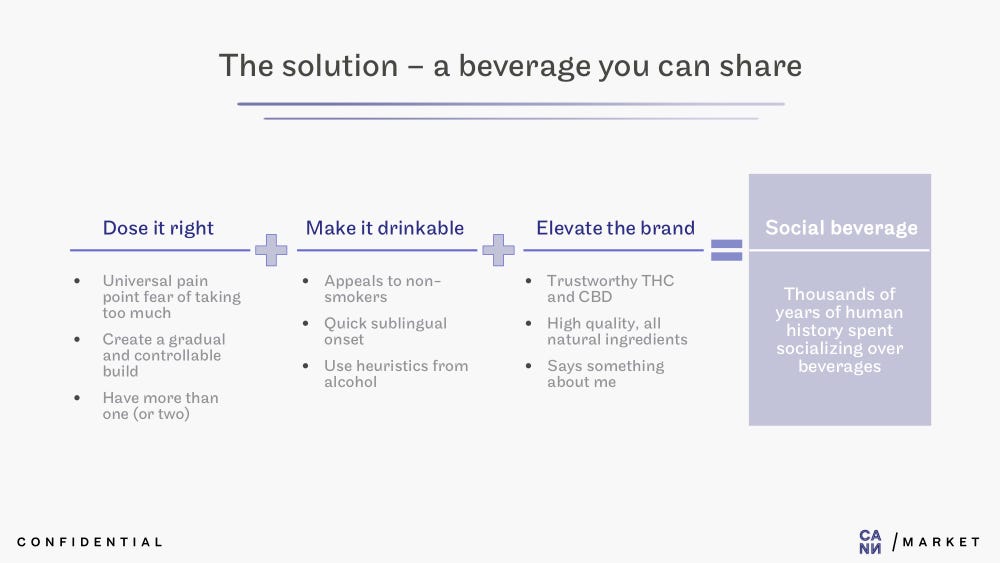 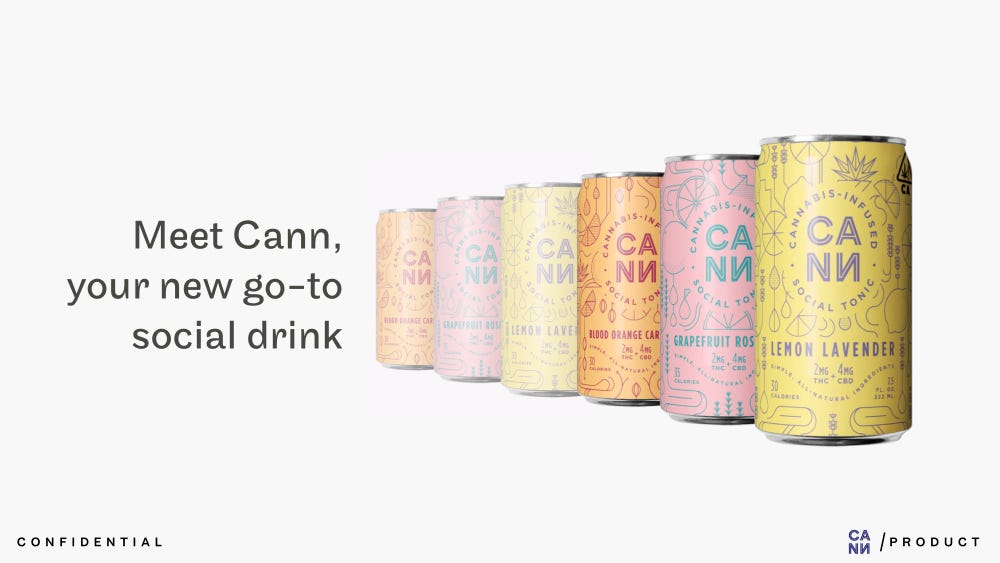 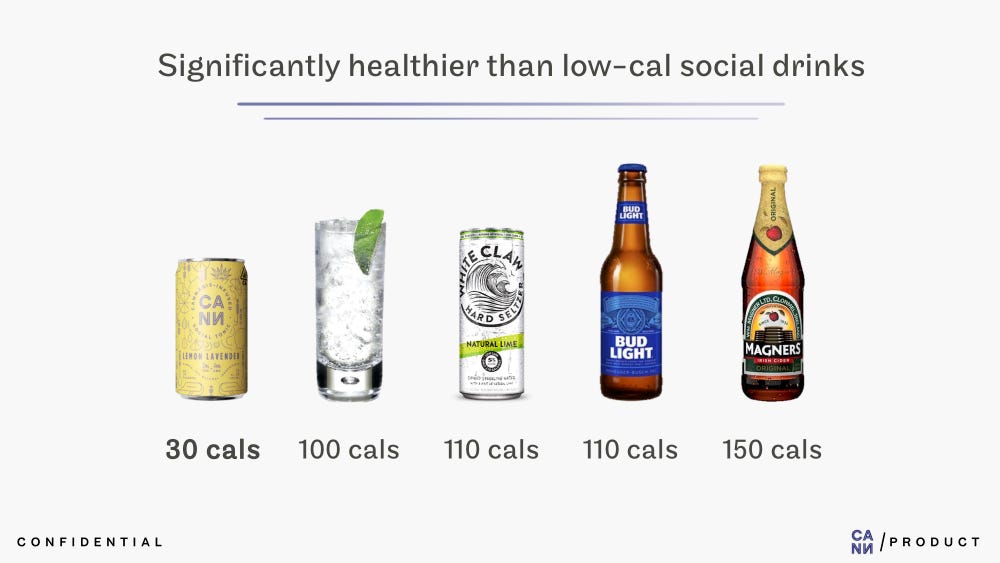 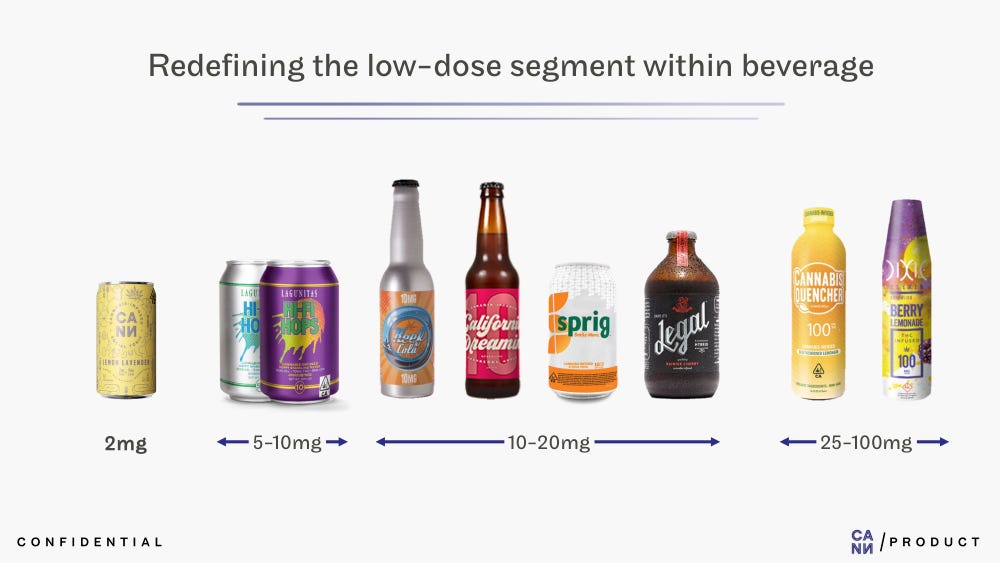 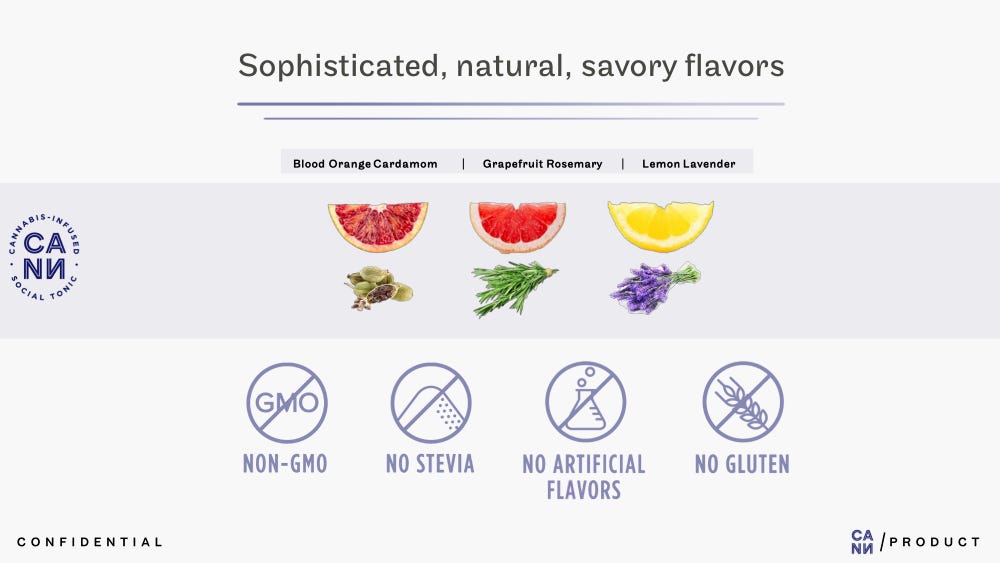 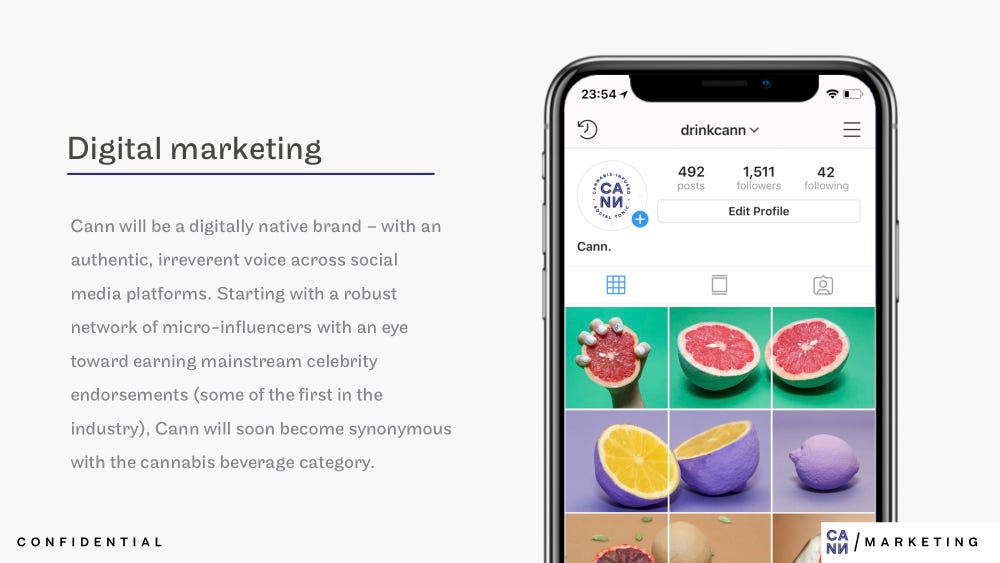 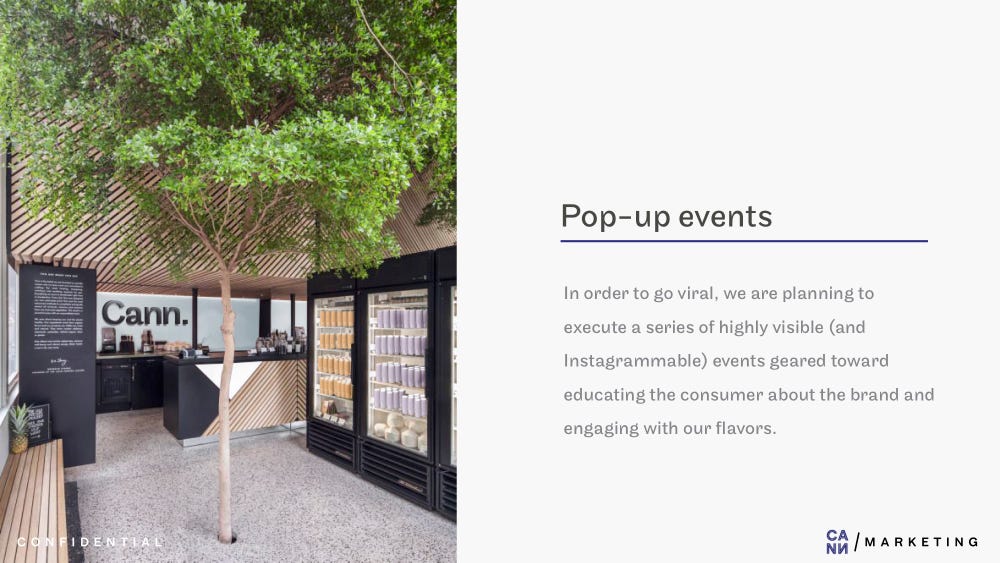 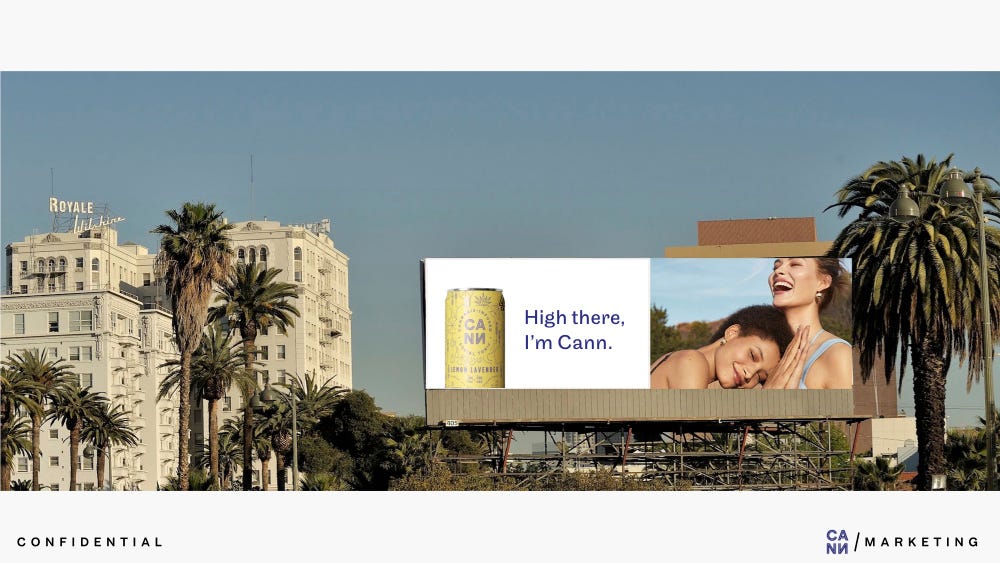 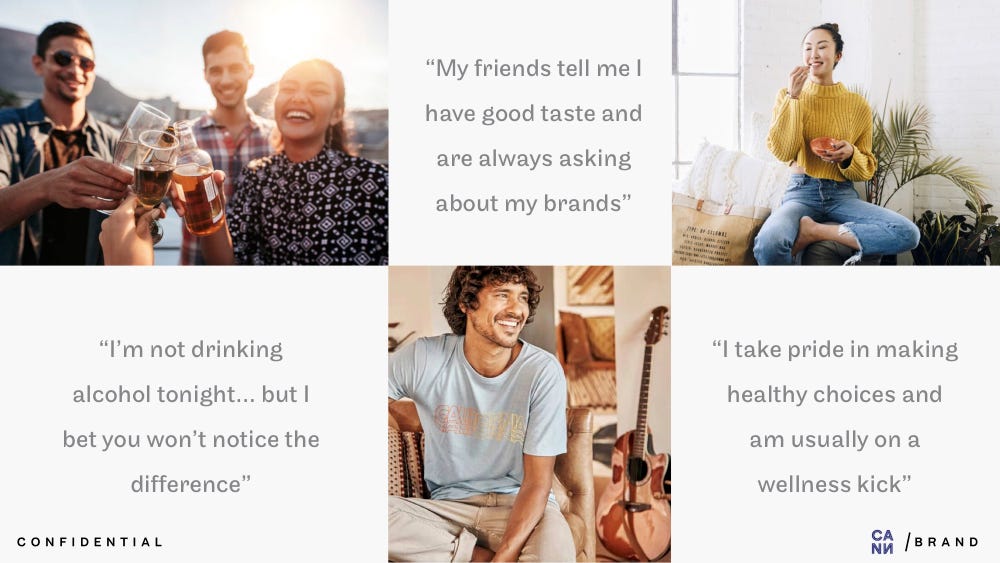 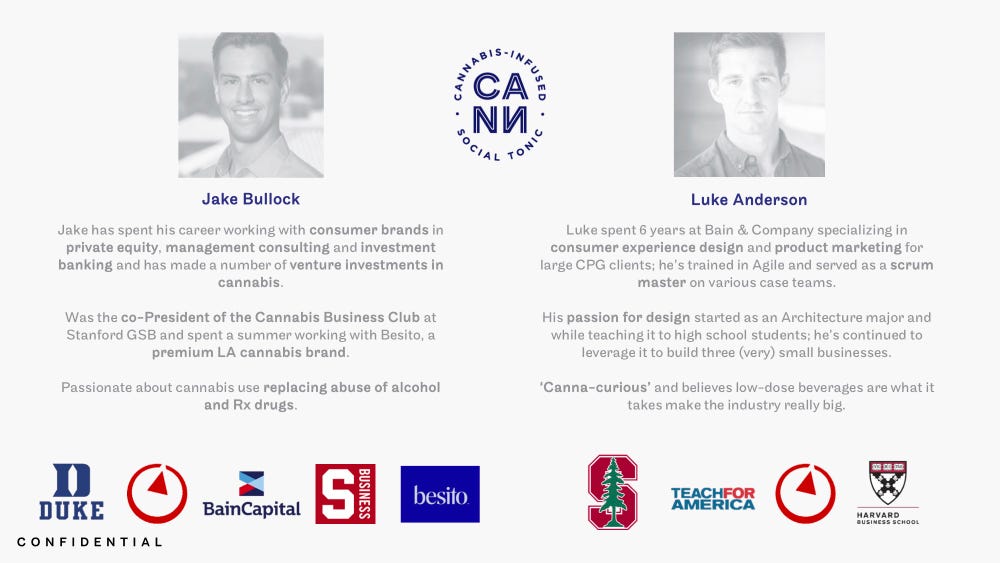