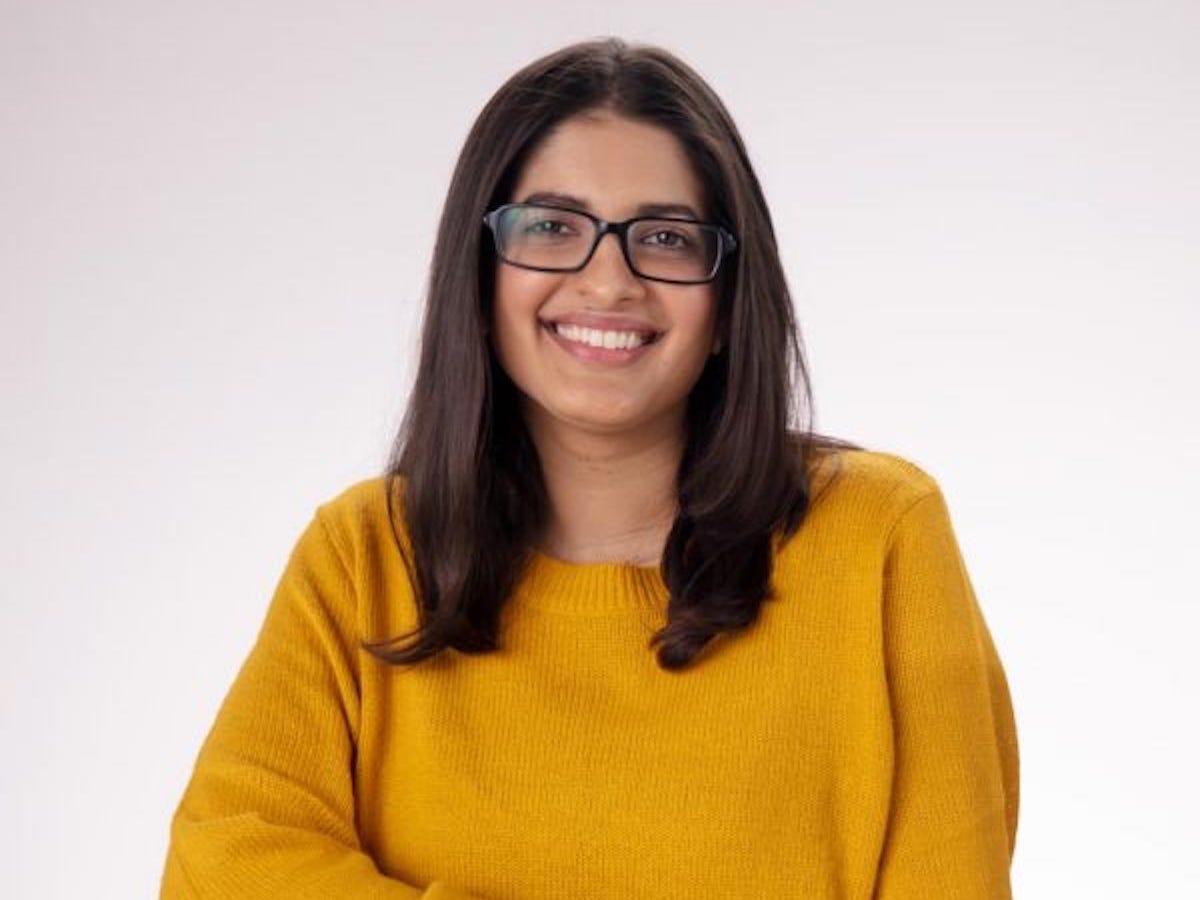 When she started fundraising, cofounder and co-CEO Jaya Rao hoped investors would think her product was a breath of fresh air.

The academic-turned-entrepreneur had just launched Molekule, a hardware startup that made air purifiers with technology she believed was far superior to standard HEPA filters. But as a first-time academic founder setting out to raise money for a hardware startup, every pitch meeting became a struggle.

“We started out as a company that was living at the intersection of science, hardware, and software,” Rao told Business Insider. “In today’s Silicon Valley investing environment, when we had just brought out the tech from an academic setting, we were extremely passionate but it was certainly an uphill battle.”

The battles paid off. On Tuesday, Molekule announced its $58 million Series C led by RPS Ventures with participation from Founder’s Circle Capital. The three-year-old company has won over the likes of Foundry Group, Crosslink Capital, Uncork Capital, TransLink Capital, and Inventec Appliances Corp (IAC). This round was the easiest to raise, Rao said, because she had been commuting between Florida and California during the Series A and was far along in her pregnancy during the Series B. But the startup’s commitment to science and aversion to startup buzzwords might have been the bigger challenge early on.

“Even four or five years ago, it was the least sexy category to do a startup in,” Rao said. “They would be like, ‘how are you using AI?'”

Molekule purifiers use PECO technology that filters viruses and other small particles that aren’t caught by traditional HEPA filters common in most purifiers, and actively combats mold and bacteria buildup in the device itself, Rao said.

“People are starting to understand we had been calling out the problem a while back but it’s been catapulted front and center,” Rao said. “When you see the smoke from wildfires or global viral outbreaks, you think, hey there are things in the air we can’t control well.”

Air pollution and related health hazards were issues Rao first wanted to address through the public sector, but quickly realized a startup using the new technology could gain more traction if it was able to make the science accessible.

“Science for science’s sake isn’t enough. It needs to be out in the world to change people’s lives,” Rao said.

Here is the deck that convinced investors to take a chance on Molekule, a hardware startup founded by academics that wants to tackle the global air pollution crisis. 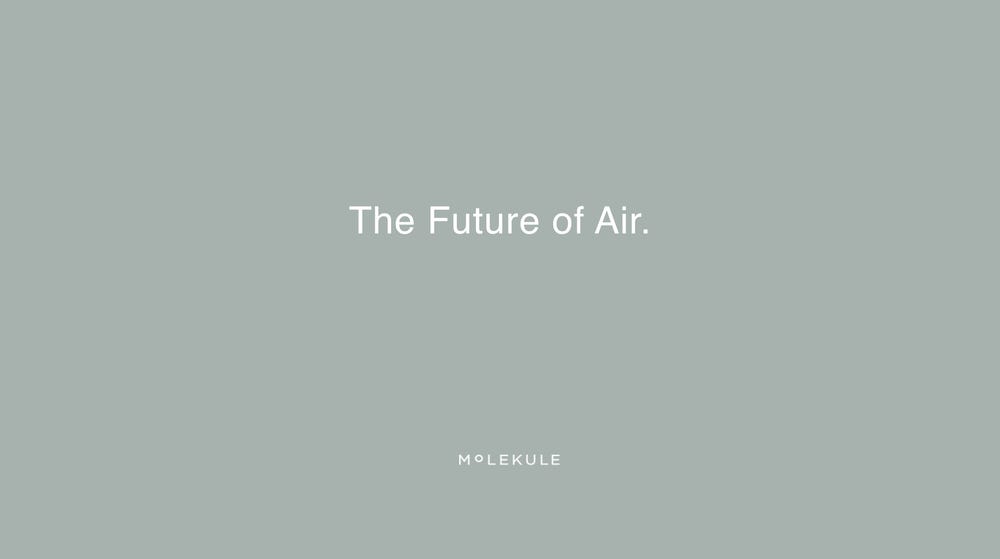 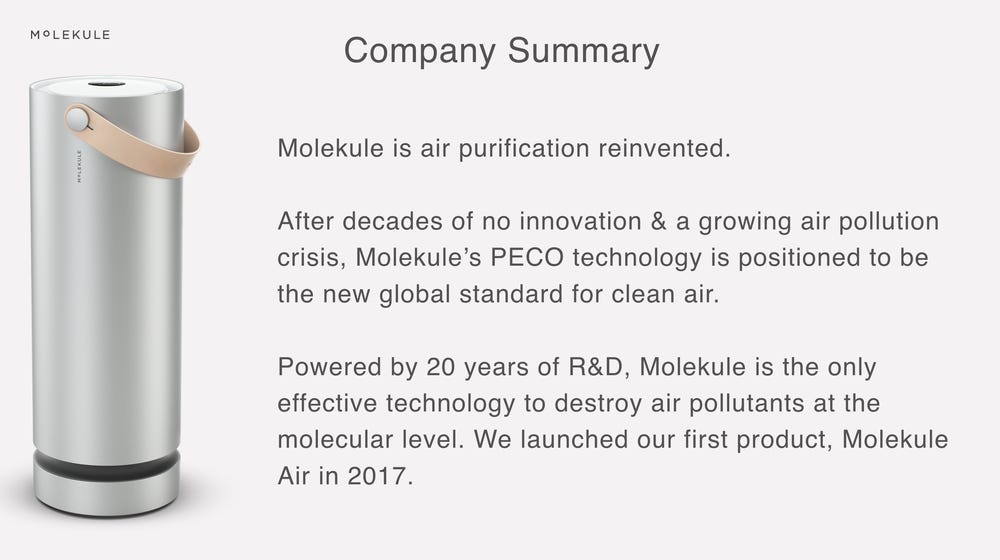 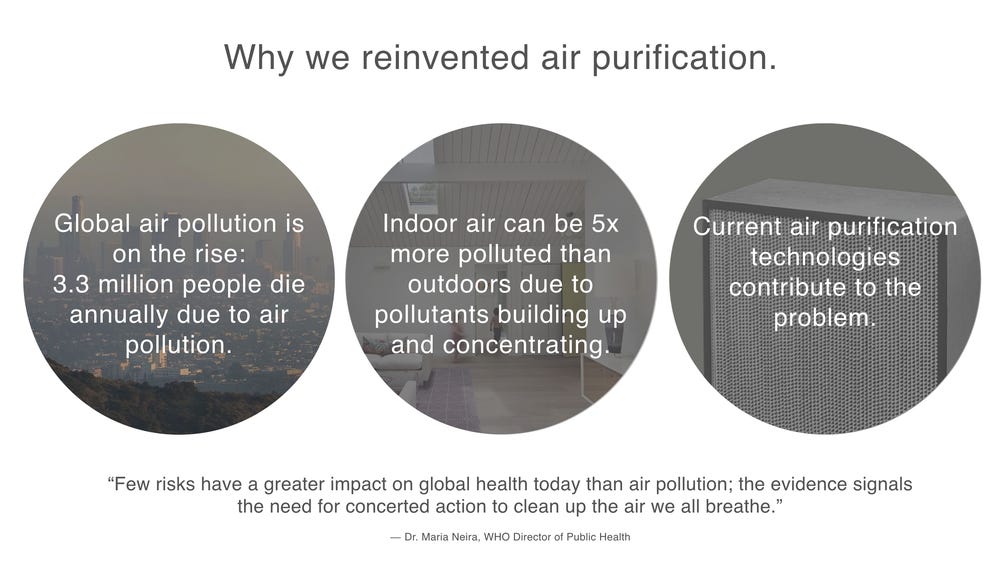 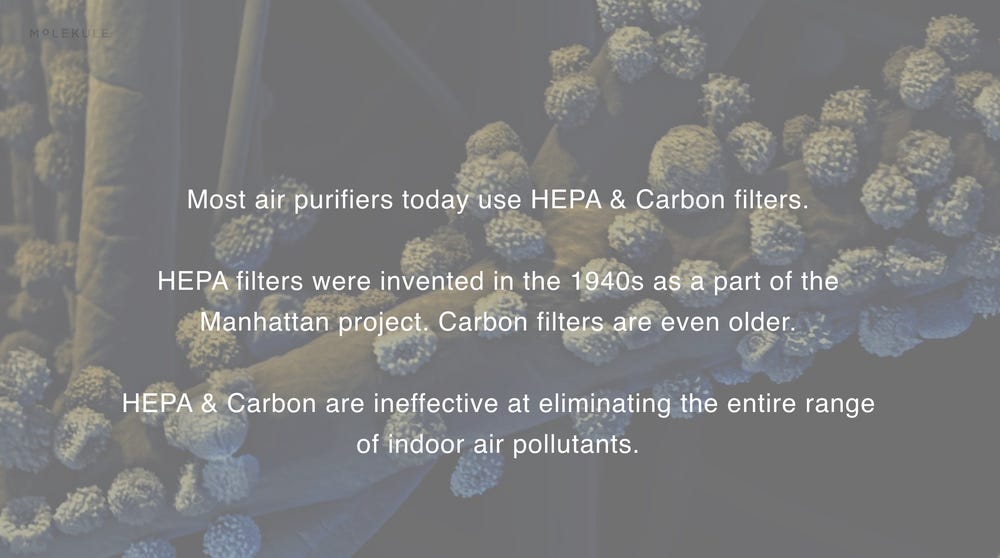 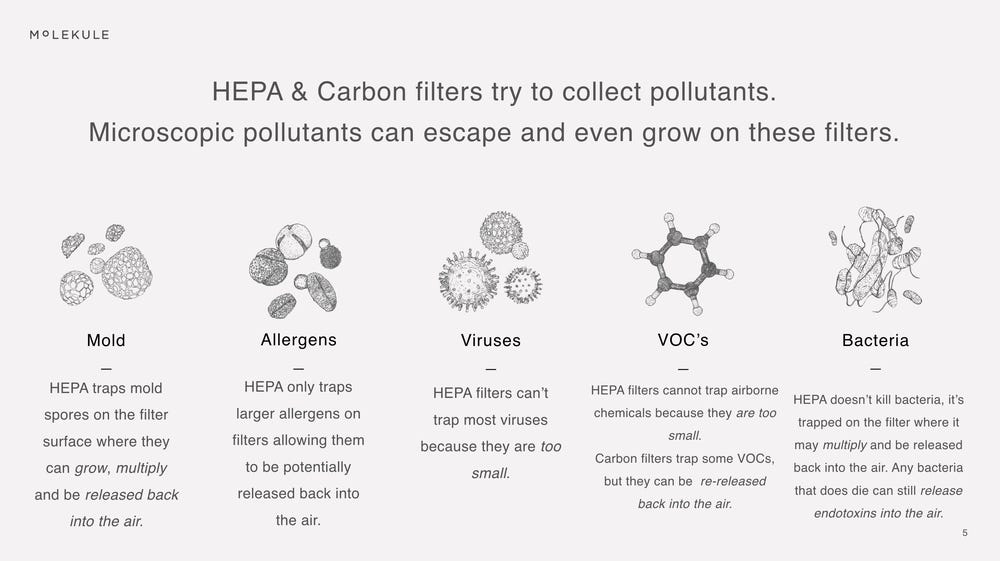 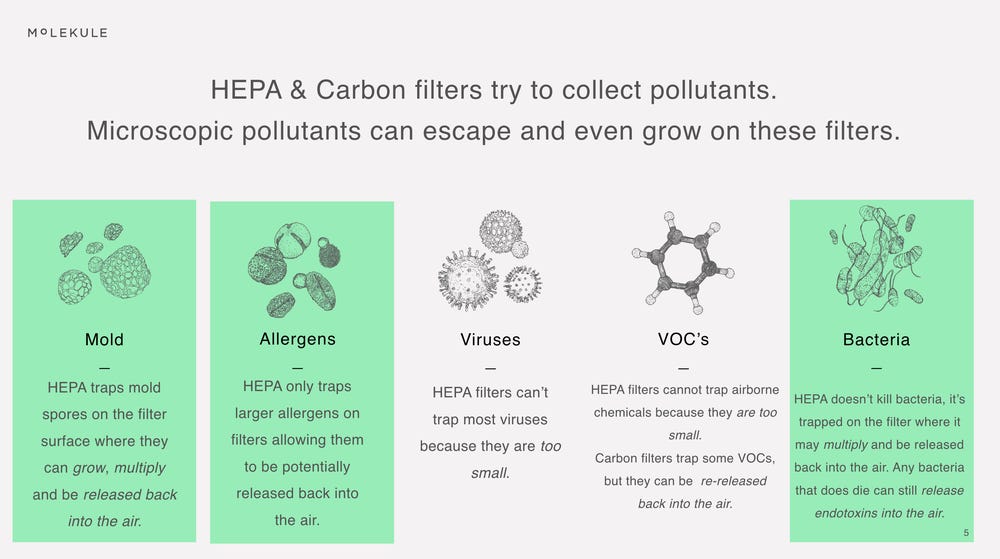 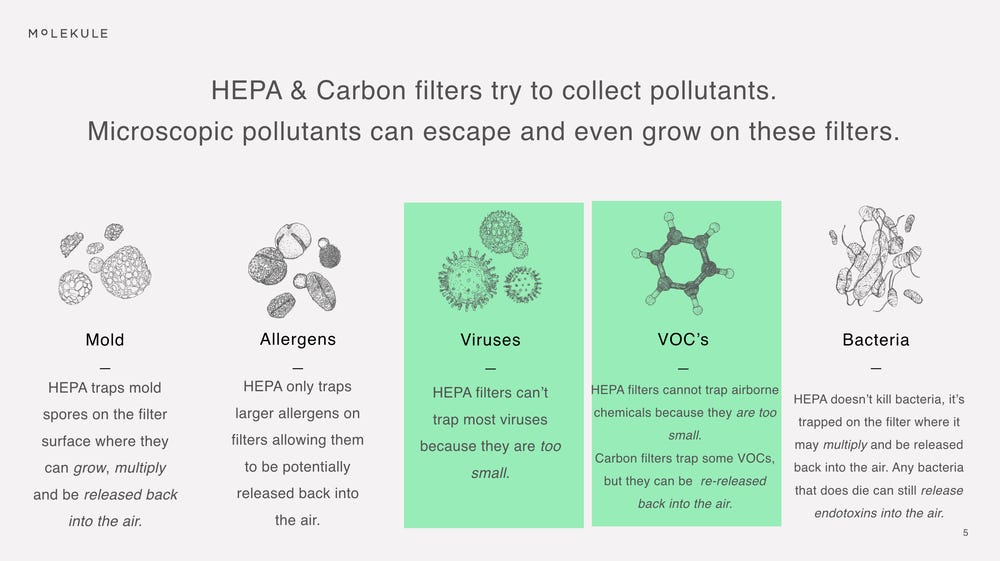 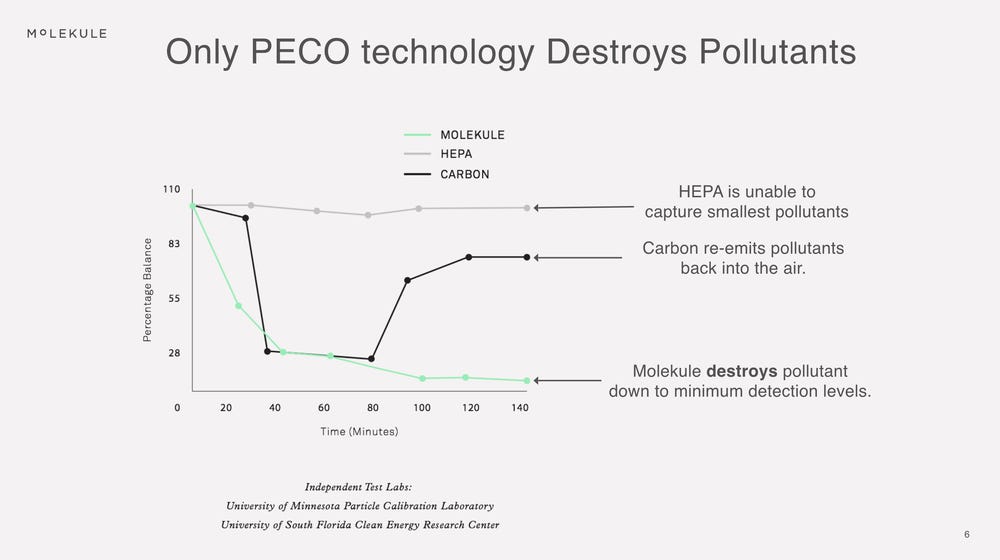 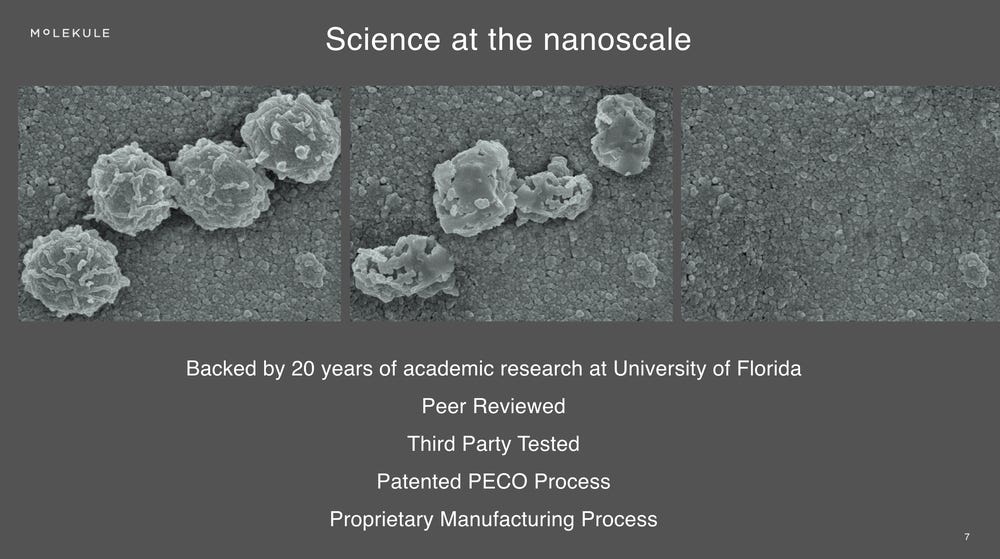 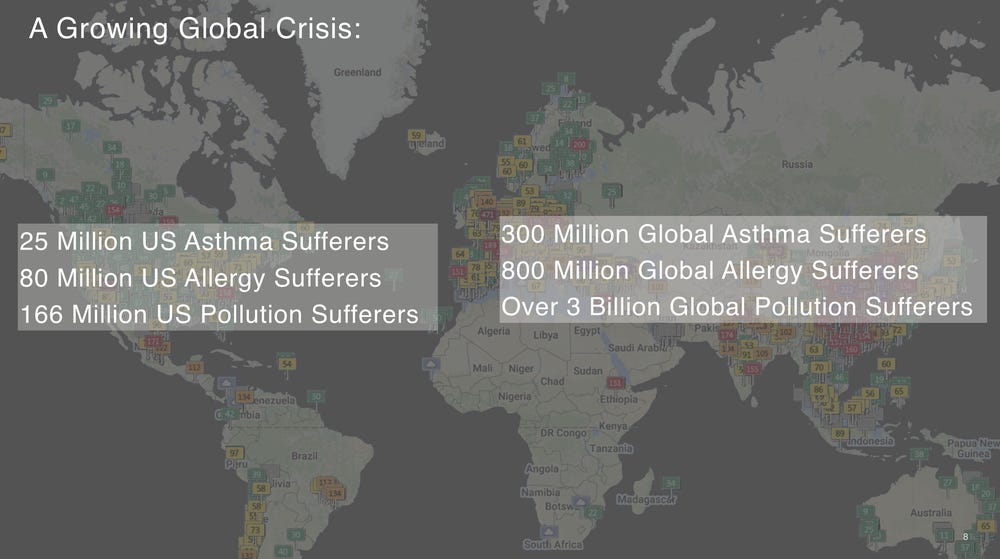 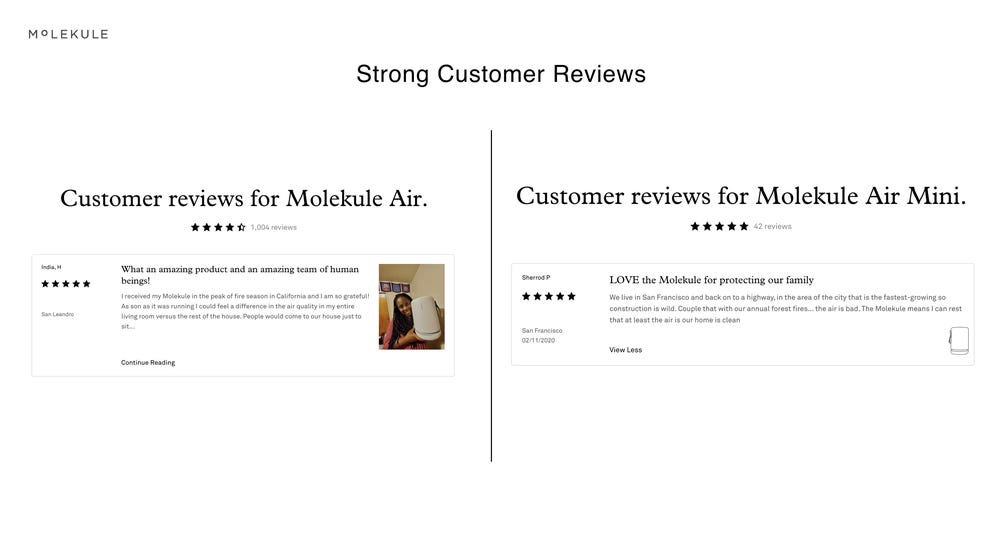 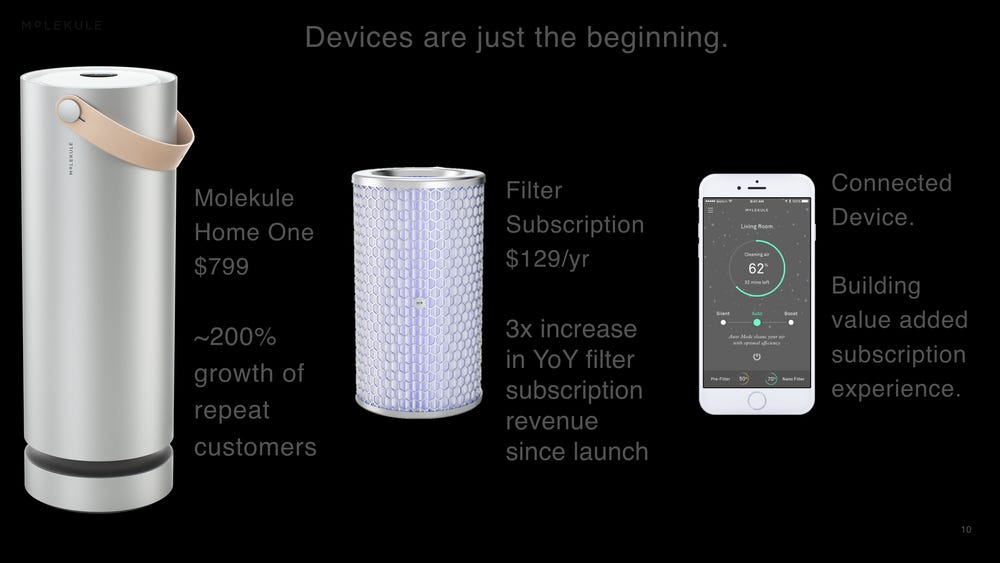 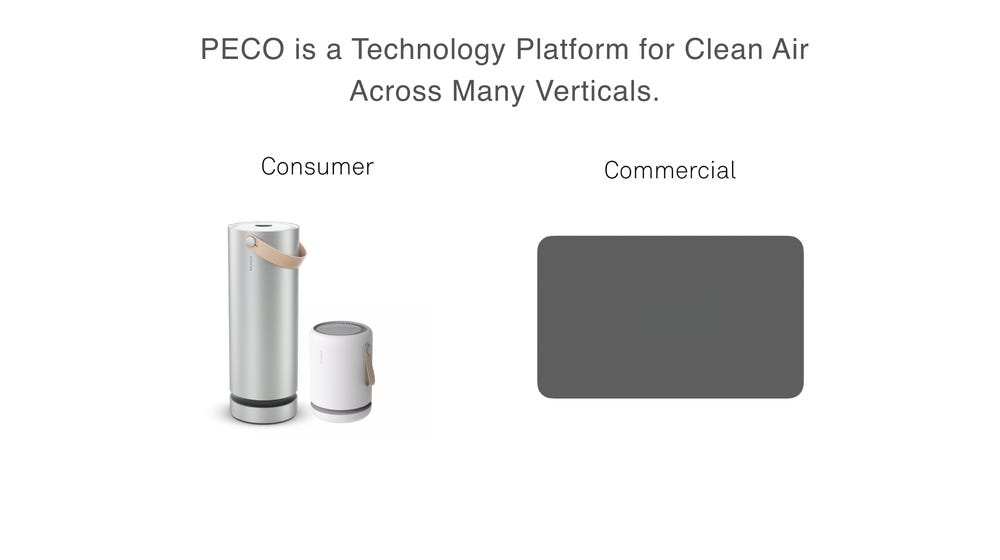 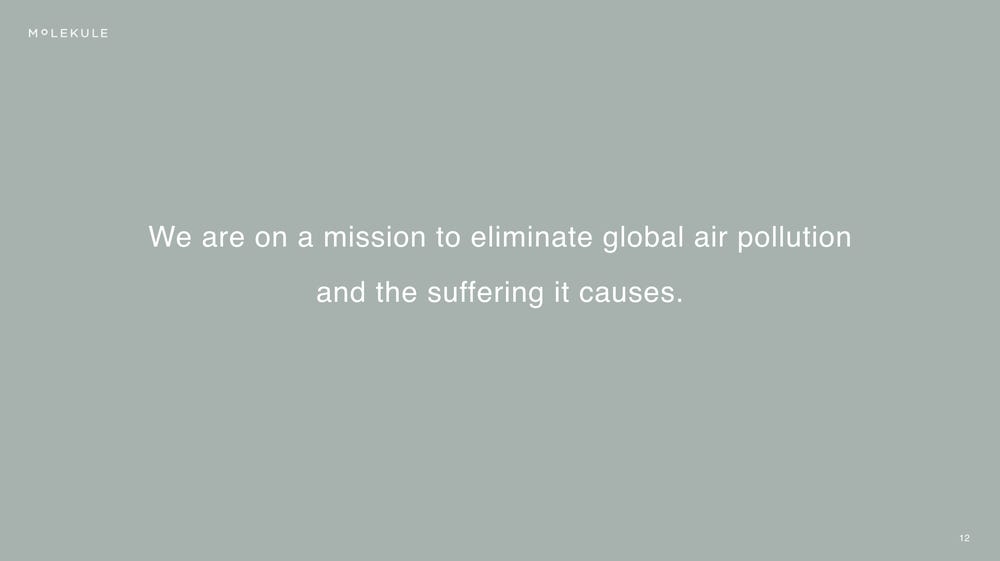 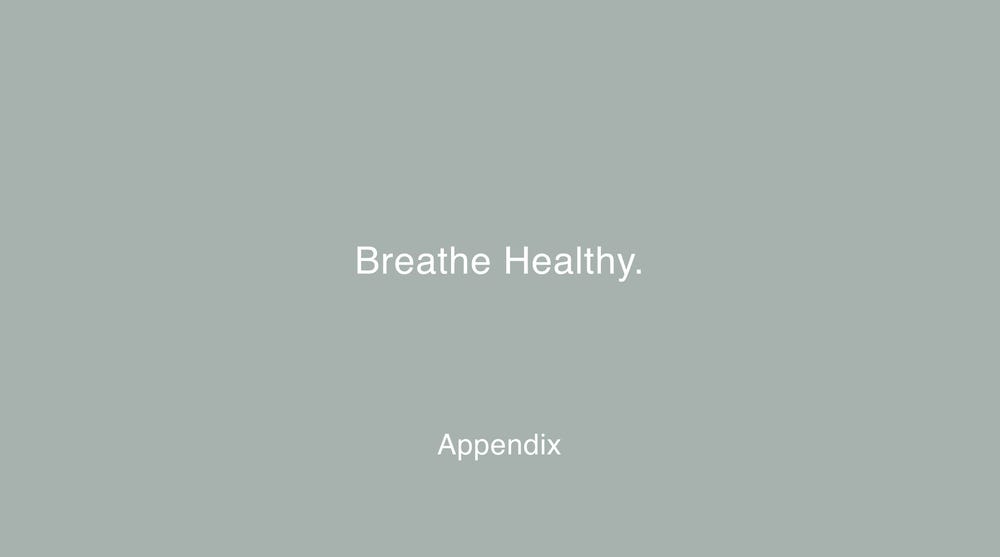