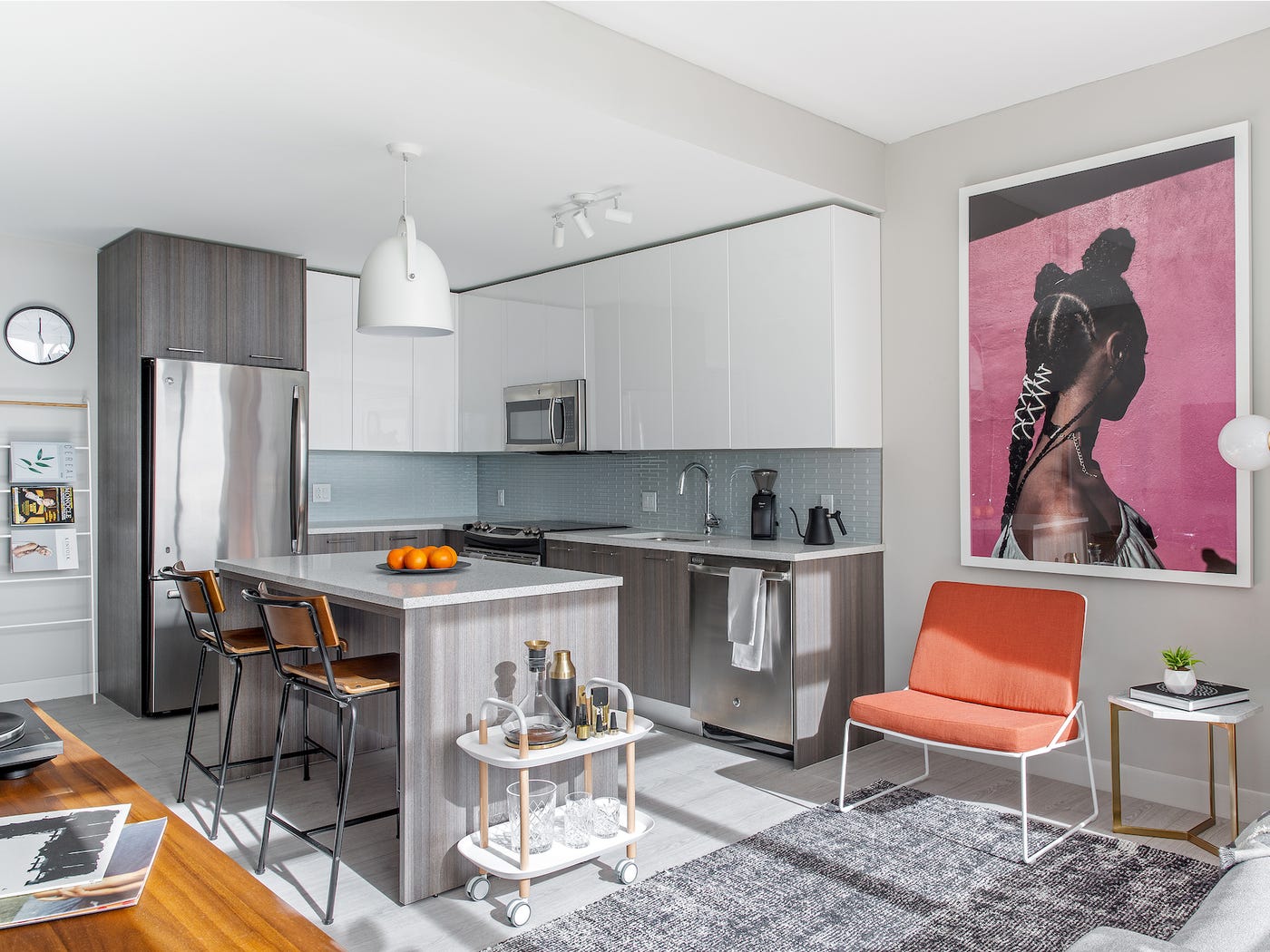 Anonymous hotel rooms, plastic key cards, and an ice machine down the hall: These are all “don’t”s at Airbnb-backed Lyric.

The company, which specializes in short-term apartment rentals, is betting that business travelers value design and a homey atmosphere enough to leave behind their chain-hotel loyalty points. And while it has billed itself as “the leading tech and data-powered real estate and lifestyle hospitality company,” Lyric leans heavily on aesthetics.

Lyric gave Business Insider an exclusive look at what it calls its “design ethos” deck. The company says it uses the guide internally as a framework for design decisions and when presenting to real-estate developers it’s looking to partner with. Lyric leases space, remodels it, and rents it out on a short-term basis.

Lyric’s chief experience officer, Ravi Hampole, was previously the vice president of global brand design at Starwood Hotels, which was bought by Marriott in 2016 and known for its brands like Westin, Sheraton, and Aloft.

“There is no other company in this space that has focused this much on brand and design,” Hampole said of Lyric.

Lyric, which has raised $185 million in total, has apartments geared toward travelers in 14 US cities. It snagged $160 million in a combination of debt and equity funding in April in a Series B round led by Airbnb, which also lists the smaller company’s rentals on its site. It declined to share its valuation with Business Insider.

Airbnb was joined in the latest fundraising round by the real-estate firms RXR Realty and Tishman Speyer, as well as Fifth Wall, a big venture-capital investor in companies that combine tech and real estate that also was part of Lyric’s Series A.

Read more: Investing in real estate tech companies like Zillow and Compass is a nearly $15 billion opportunity. 3 top VCs break down the areas and startups they think will boom.

But Lyric is not alone in looking to combine short-term apartment rentals with more hotel-like accommodations. In July, Sonder said that it closed a $210 million Series D funding round that brought its valuation north of $1 billion and that Airbnb’s former chief financial officer, Laurence Tosi, was joining its board.

And Airbnb, one of the highest-valued private startups in the US, has continued to push into corporate-focused rentals. On Monday, it said it was buying Urbandoor, a listing site for furnished apartments geared toward professionals.

Hampole said he was trying to bring the “narrative-based” design he learned at Starwood to apartment-like spaces. But that brings a lot of challenges, as Lyric needs to provide flexible accommodations that appeal to both business travelers and tourists.

The design guide shows concepts that Lyric wants to focus on when designing its rental units. For example, the company wants to be “bold” but not too bold — the Lyric version of bold does not include aggressive colors or clutter, according to the slides.

Take a look through the slides below to learn more about Lyric’s design approach. 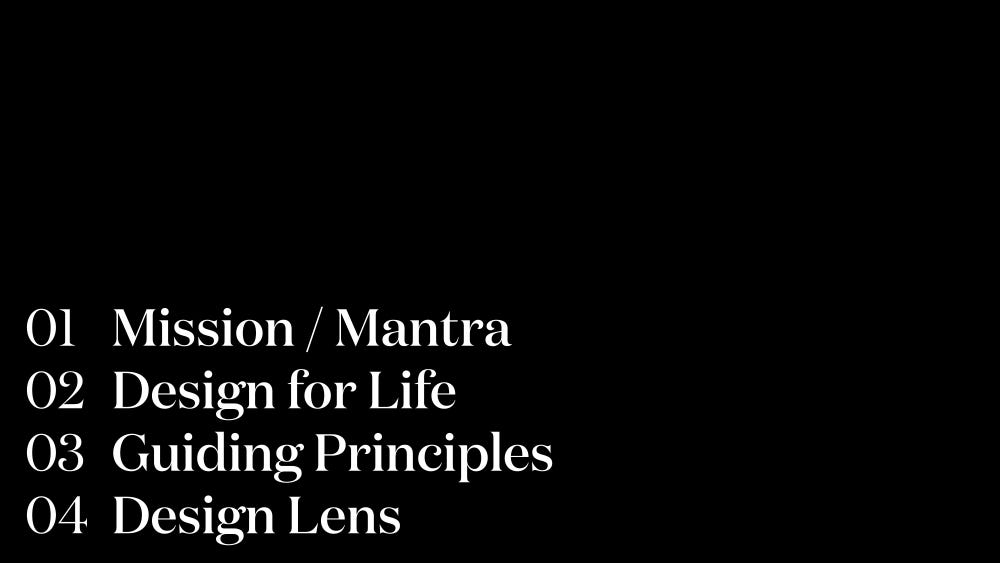 This table of contents goes from the abstract to the specific, including how Lyric's principles guide actual design decisions. 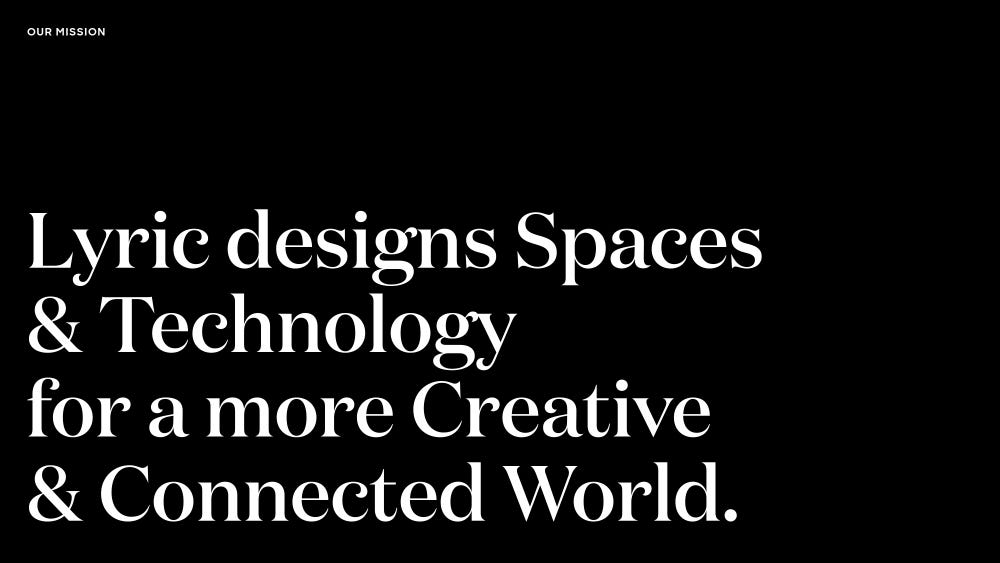 Lyric's mission makes clear that design and technology are key. 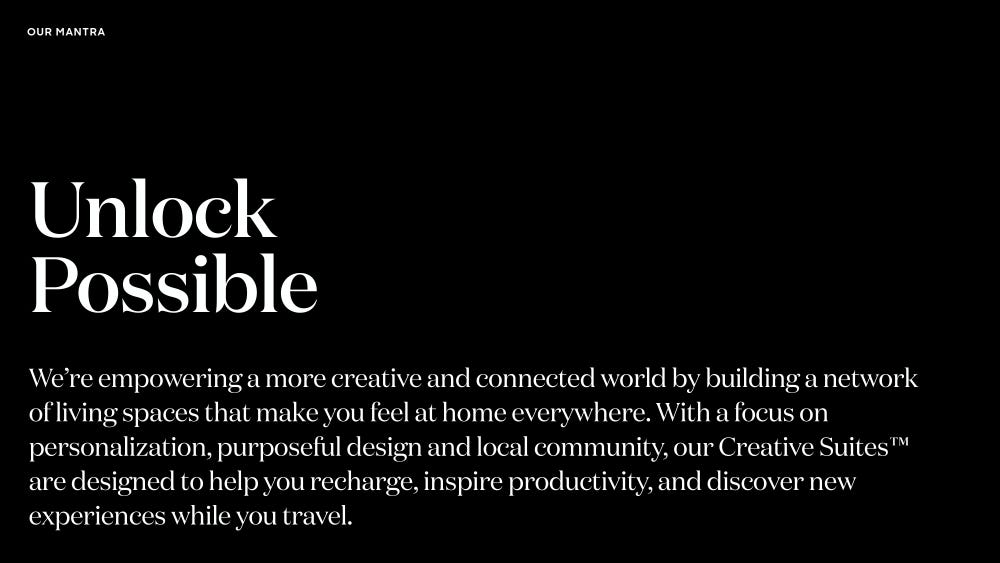 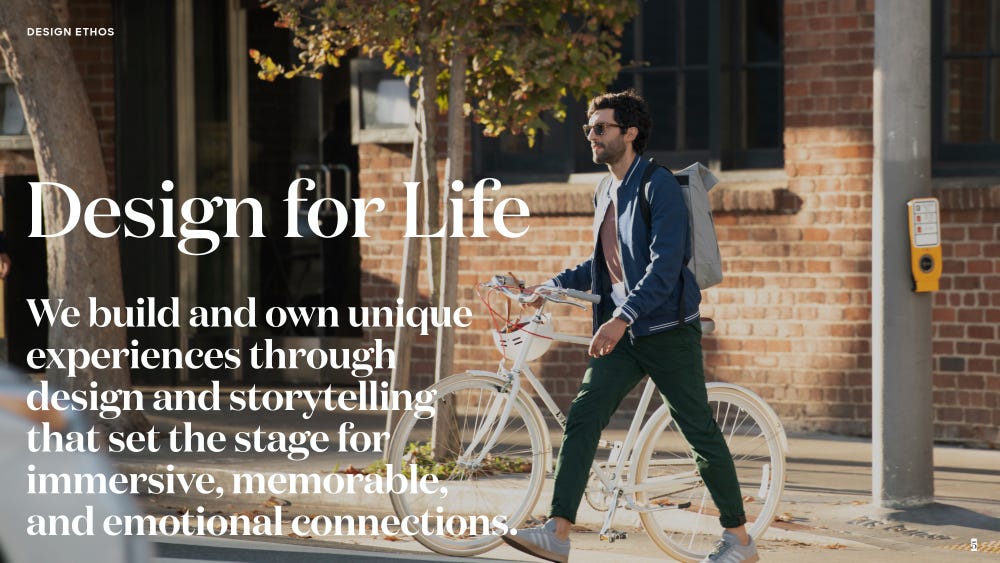 Unlike typical boutique hospitality projects, Lyric's rentals, which have no maximum stay length, need to be designed for a long-term lifestyle. 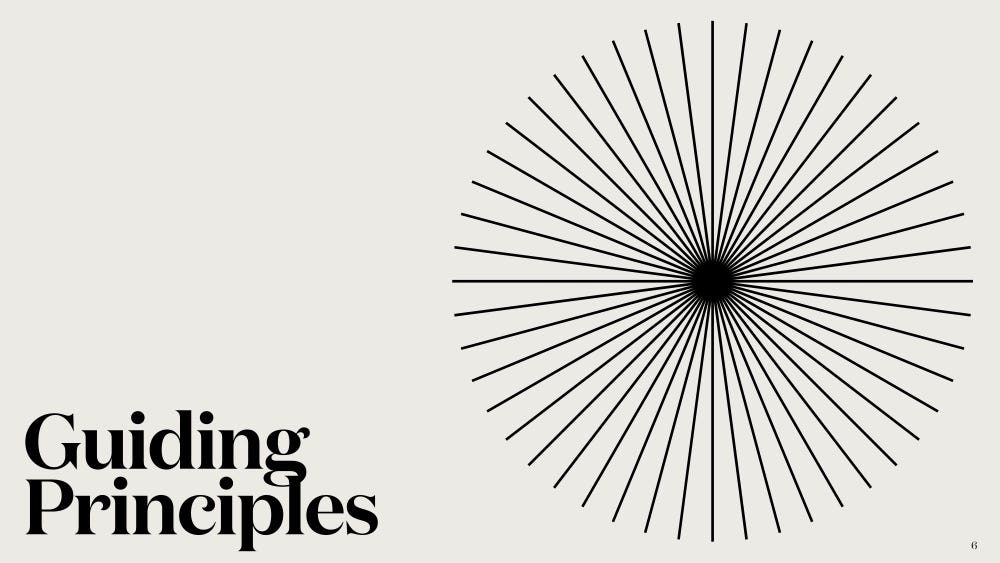 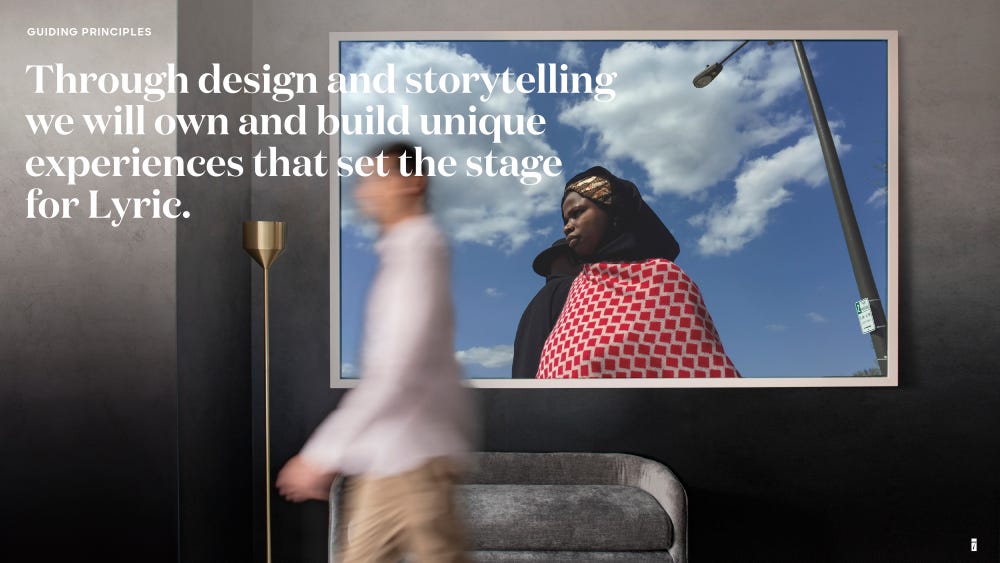 Instead of creating polarizing, "narrative-forward" spaces like he did at Starwood, Hampole is trying to create a more open-ended story with Lyric, he said. "We're trying to turn that narrative around so it's actually about you. That's essential." 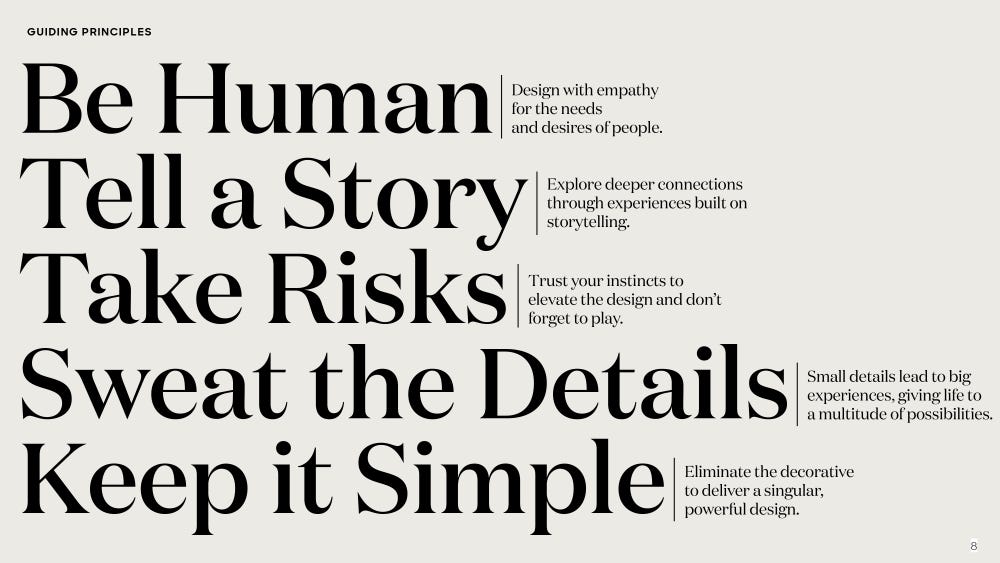 Hampole said the team comes back to these principles time and time again and uses them in tandem with a design-forward customer survey. 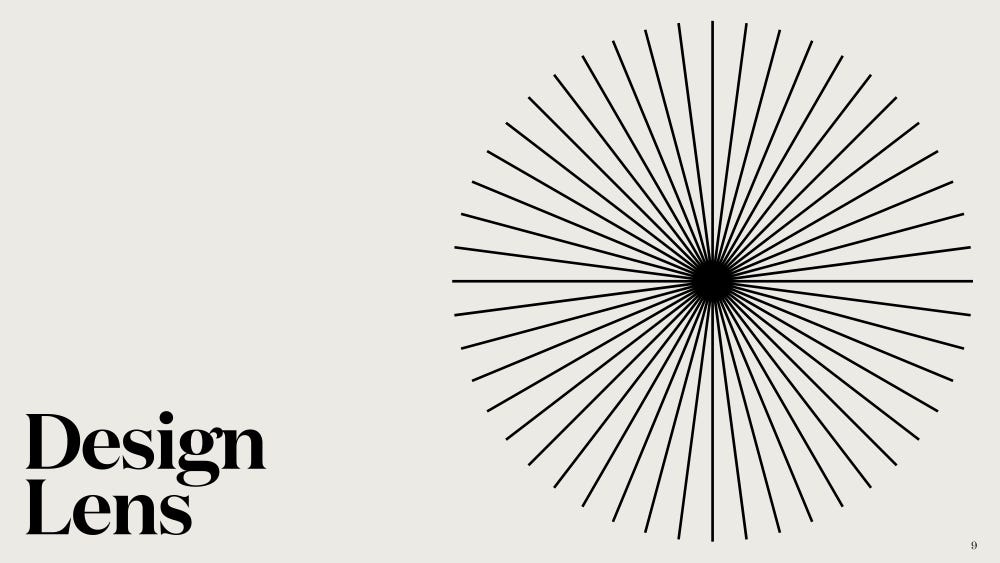 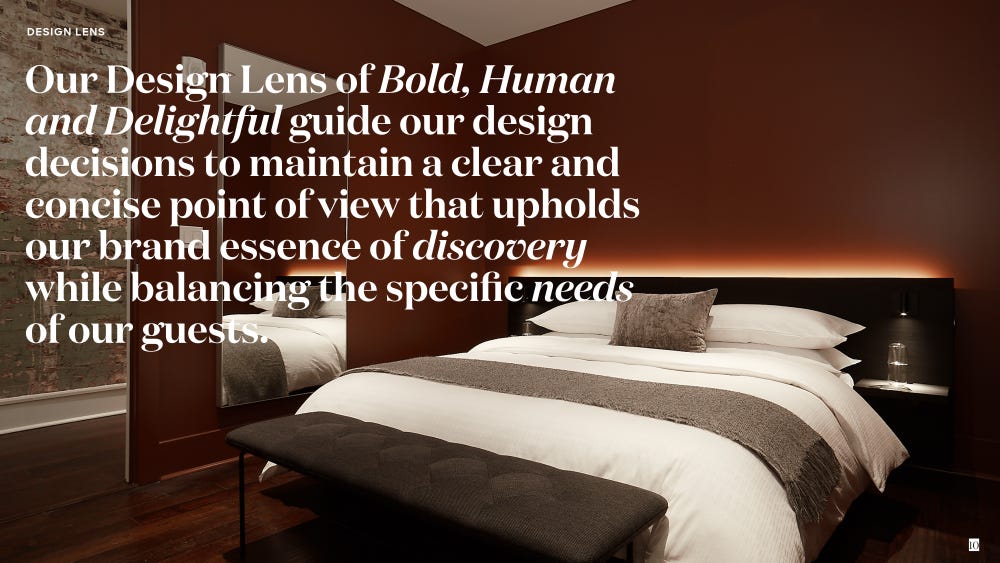 What follows are examples of what fits into each design lens and what doesn't, giving more concrete details than the earlier pages. 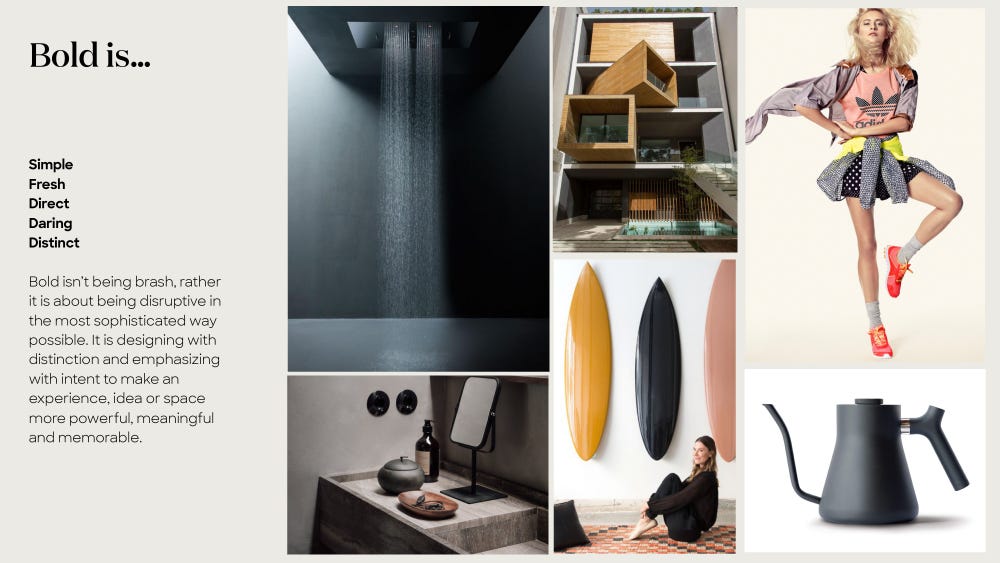 Lyric's definition of boldness highlights what is "disruptive in the most sophisticated way possible," contrasting it with brashness. Judging from this slide, boldness seems to include warm, neutral tones with accents of black or bits of color. 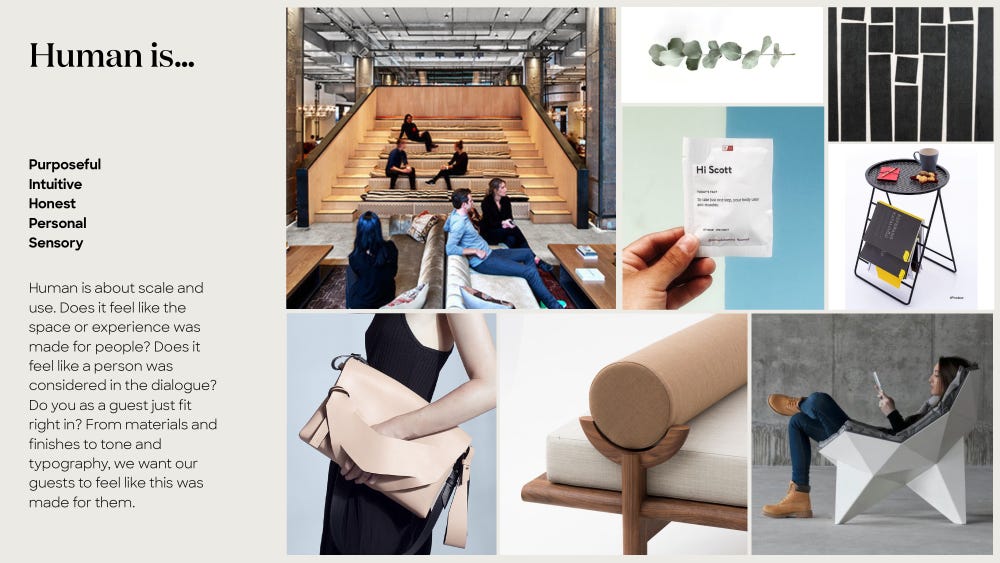 Bold doesn't include aggressive colors or clutter. With a focus on long-term livability, Lyric wants to design spaces that are calm and professional.

Striking a balance between tech and a human touch is essential for Lyric. "At the end of the day, no matter what technology you bring, it should be designed for humans," Hampole said. 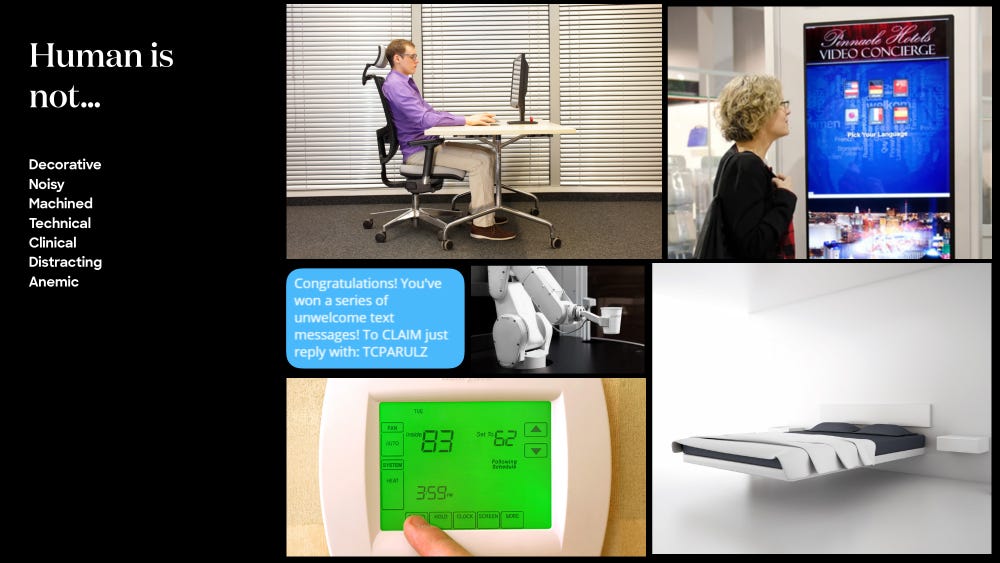 Hampole highlighted not using digital concierges as an example of a "human" design decision. 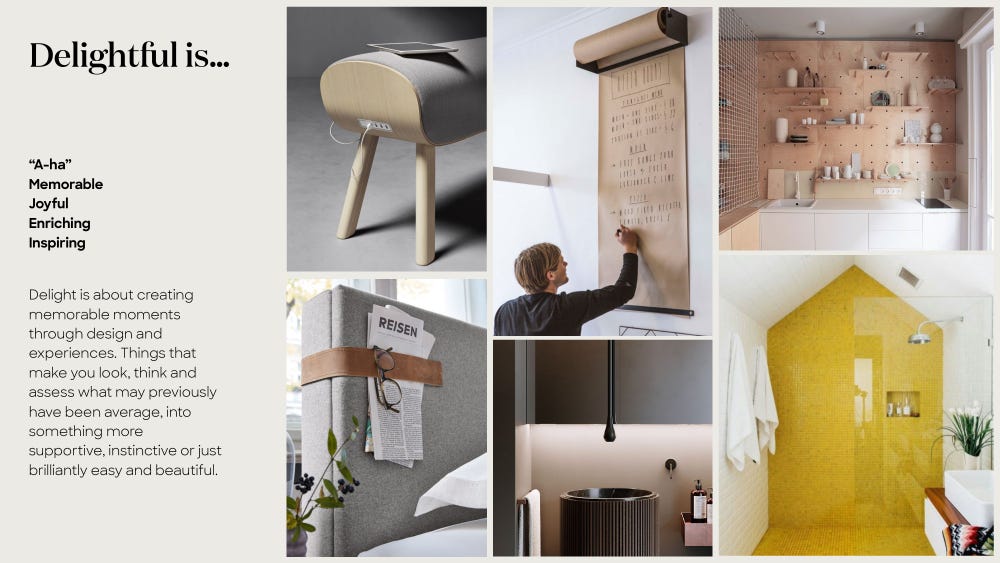 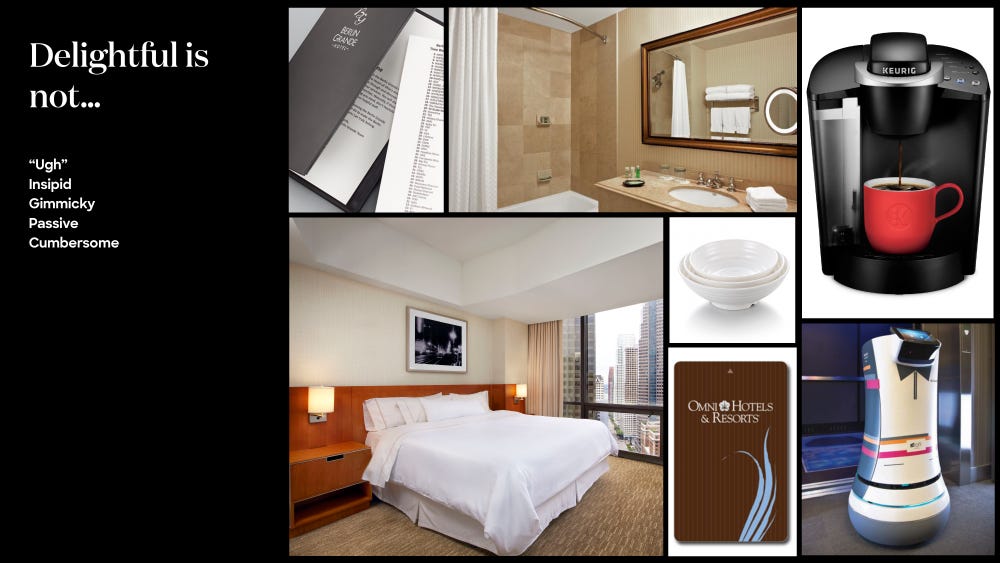 With this slide, Lyric is highlighting how different it is from the typical players in the hospitality space. Don't expect Lyric to hand you a branded key card at the door. 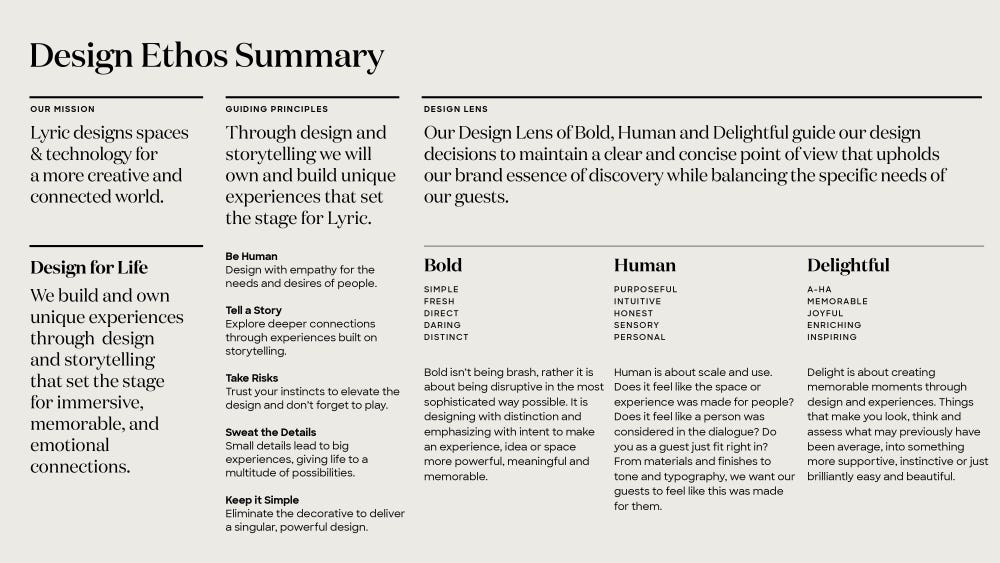