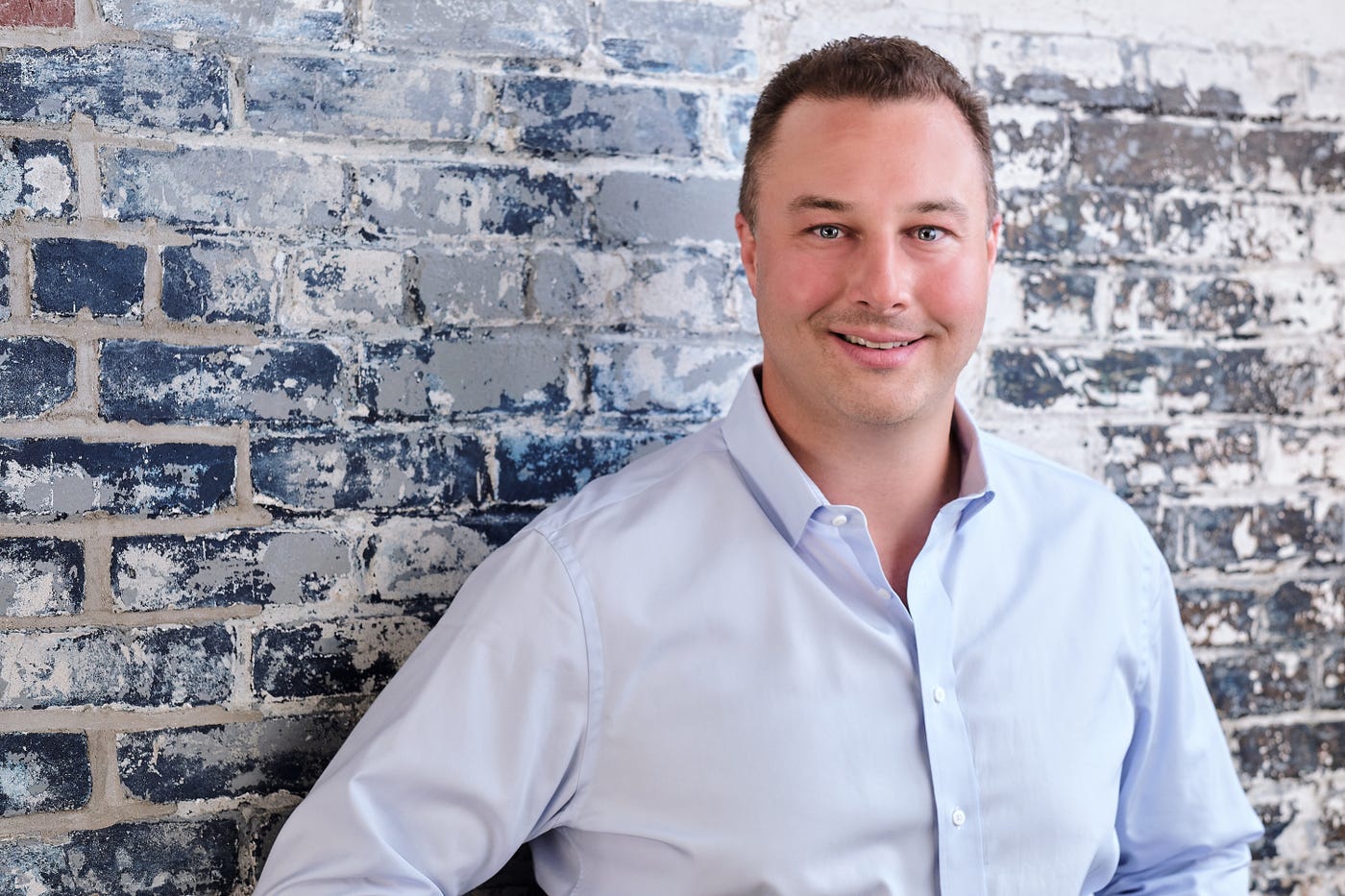 If you ask Mike Volpe, business travel on the whole is just horrible.

And that, he thinks, has created a big business opportunity.

Volpe’s company, Lola.com, has focused on making it easier for medium-sized companies and their employees to manage their corporate travel arrangements. Its clients use its service to authorize employees to make travel-related purchases and to set their own policies for those purchases. Employees then use its system to book work-related trips.

“Traveling for business is really terrible, and I think most people don’t enjoy it,” Volpe told Business Insider in a recent interview. “And we hopefully make it more enjoyable for the company and for the traveler.”

Corporate travel systems have traditionally been clunky, slow, and difficult to use for both employees and administrators alike, Volpe said. From the start, Lola.com, which was founded in 2014, was designed to be different. One of its founders is Paul English, who was a cofounder of Kayak. His experience in designing that popular and easy-to-use consumer travel site helped inform the design of Lola, Volpe said.

Companies can get set up on Lola in less than an hour, he said. Once they’re on the system, their employees can book trips in minutes. And Lola offers 24-hour, seven-day-a-week customer support that’s available within a minute, he said.

“Everything we do is just fast and easy,” Volpe said.

Volpe is counting on American Express to help Lola stand out

Boston-based Lola is competing in an increasingly crowded space. Among the other venture capital-backed startup travel companies going after similar markets are TripActions, TravelPerk, and Rocketrip. But Volpe thinks ease-of-use will help Lola stand out.

But he thinks Lola has another edge over rivals in the form of its deal with American Express Global Business Travel, which is one of the largest players in the corporate travel market. American Express is using Lola to target medium-sized companies; its sales team markets Lola to those kinds of customers. And through that relationship, Lola gets access to special deals on airfare and hotels that are only available to American Express that it can offer its customers.

“It just gives us so much more scale than really anyone else has,” Volpe said.

Investors are excited about Lola’s potential. Last month, the company raised $37 million in a Series C funding round that was co-led by General Catalyst and Accel, according to PitchBook. The company plans to use about 80% of the new funds to augment its engineering and sales teams and the rest to bulk up other areas, Volpe said. He expects the company to grow from about 75 employees to about 130 by the end of the year, all within its Boston headquarters.

Lola will likely open an international office within the next 18 months, he said. It already has international customers, but at least right now, it’s more efficient for it to serve through one office, he said.

Here’s the pitch deck Lola used to raise its latest funding round, which the company edited to remove sensitive information: 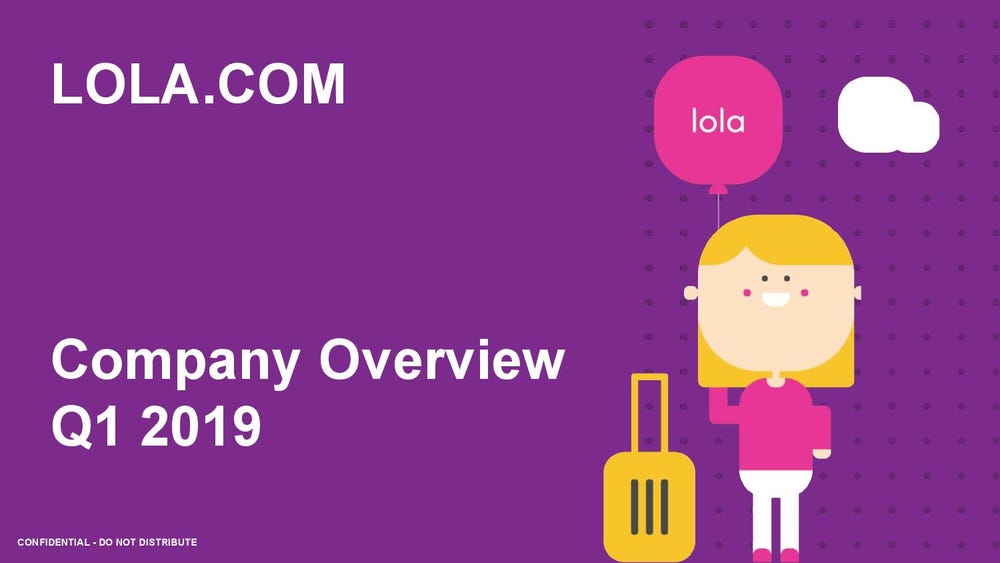 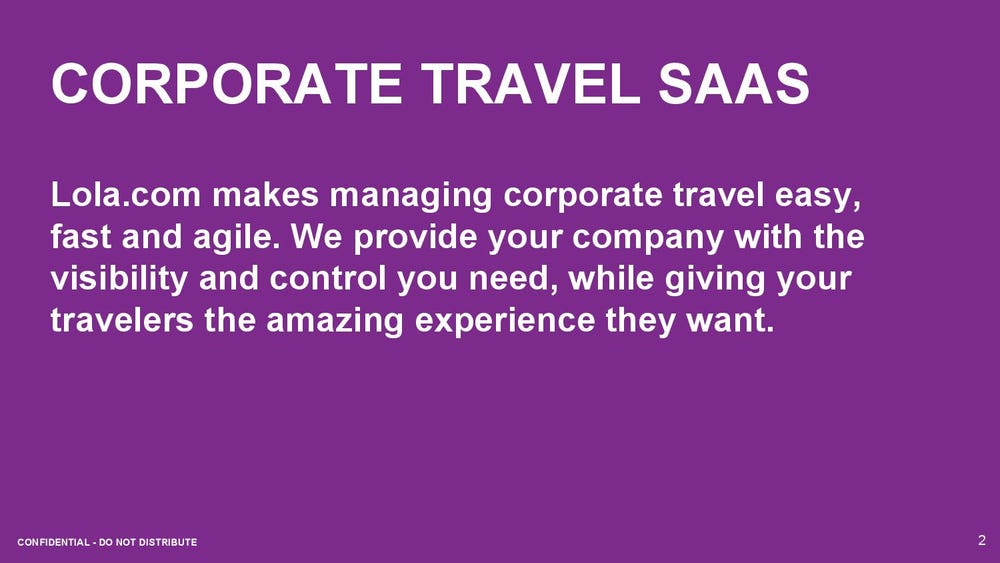 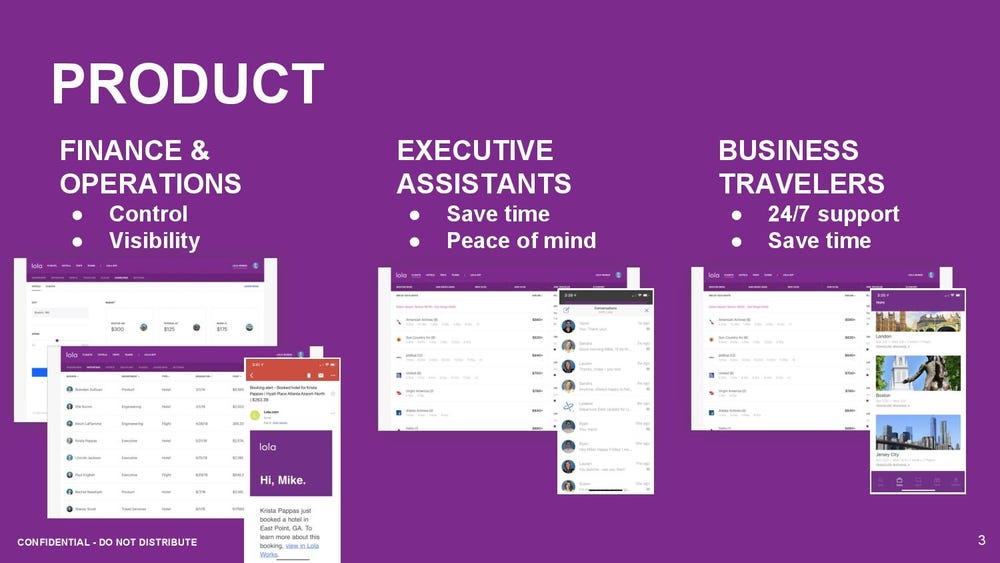 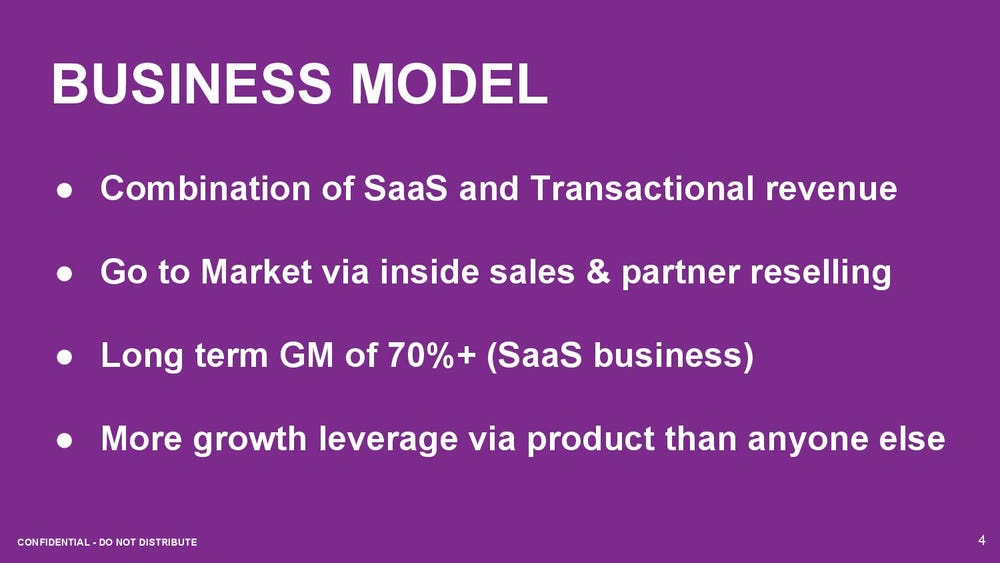 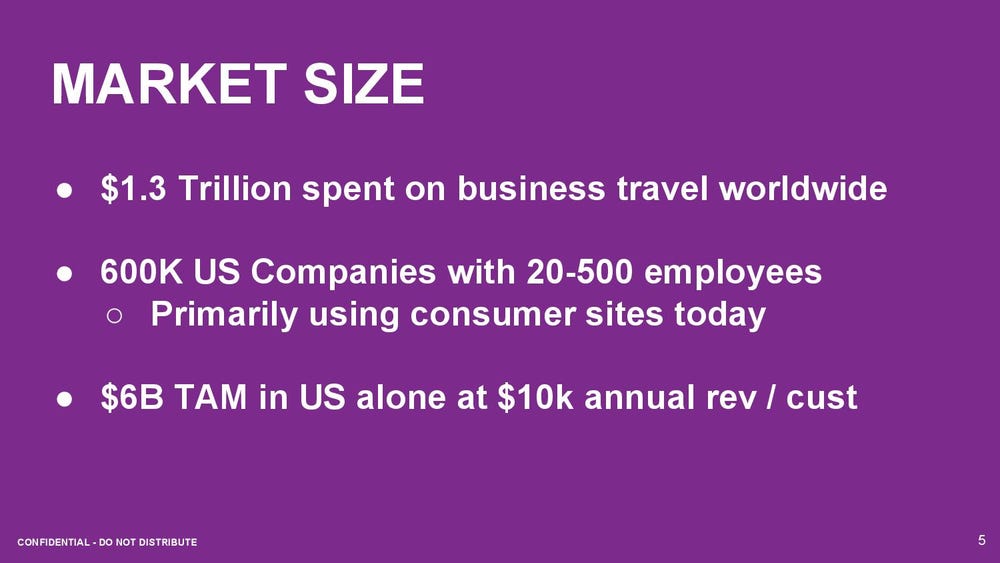 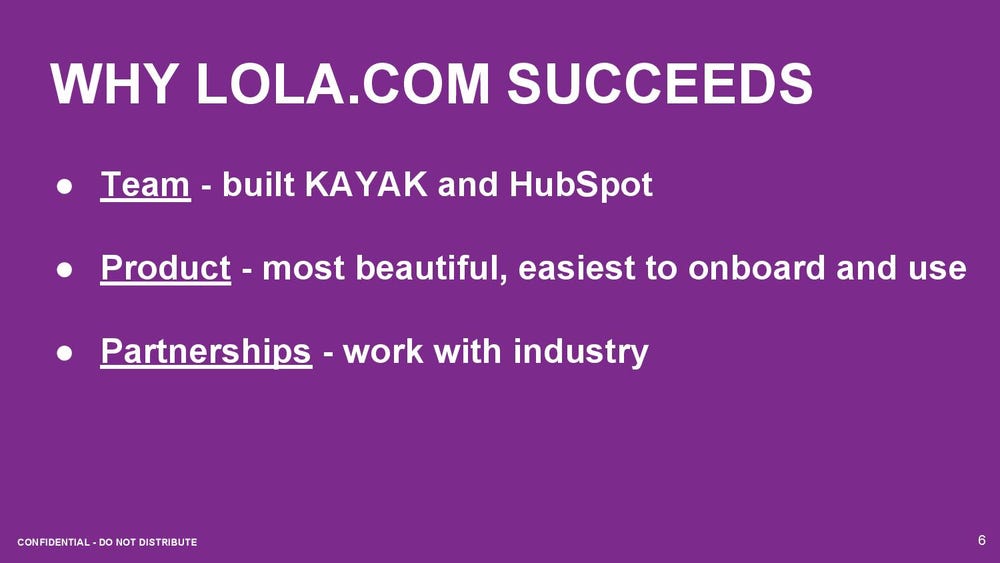 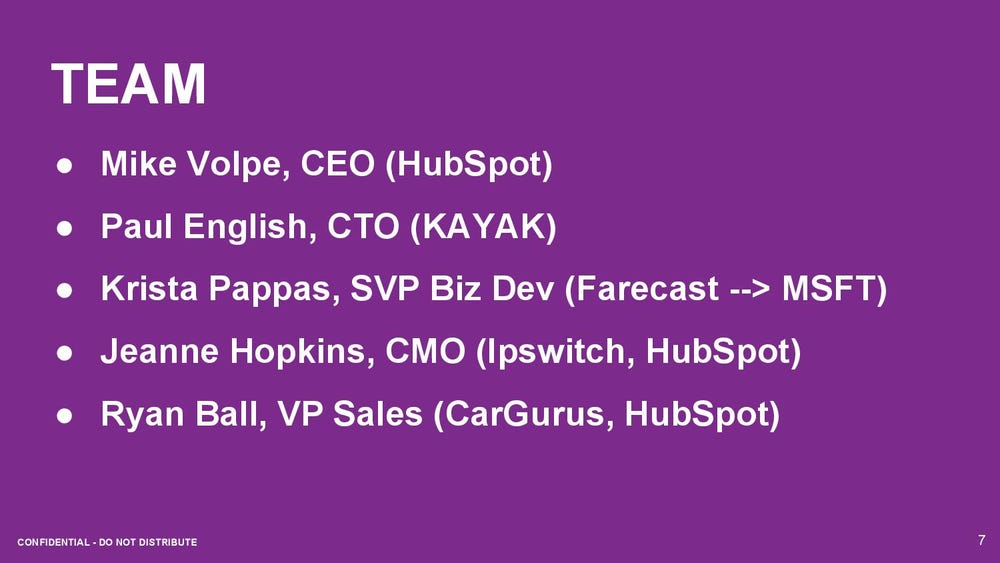 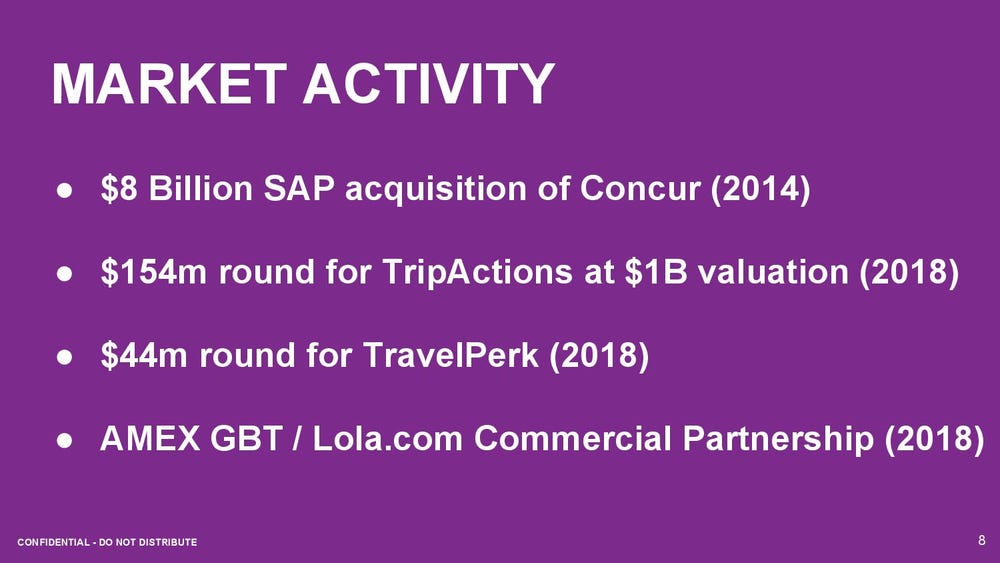 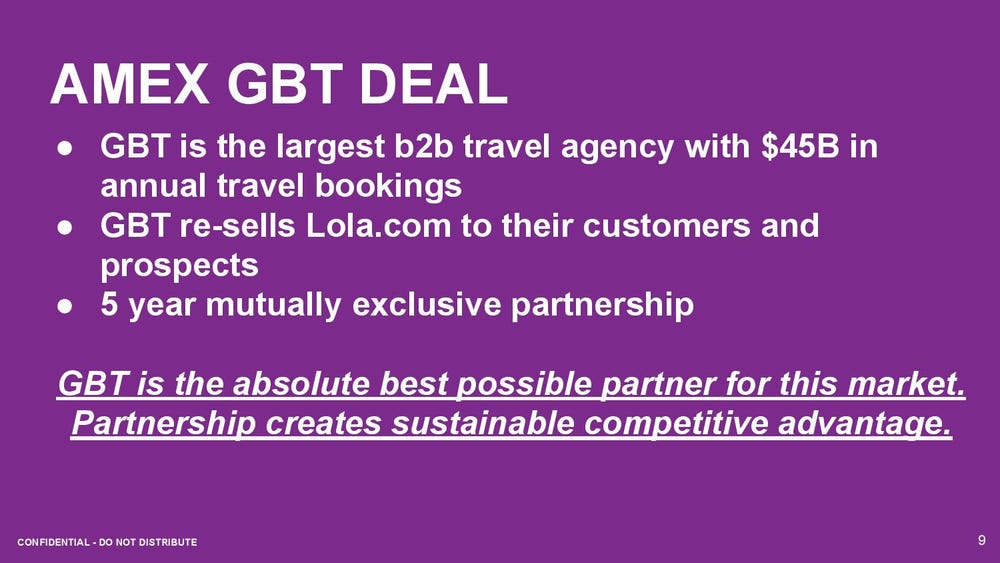 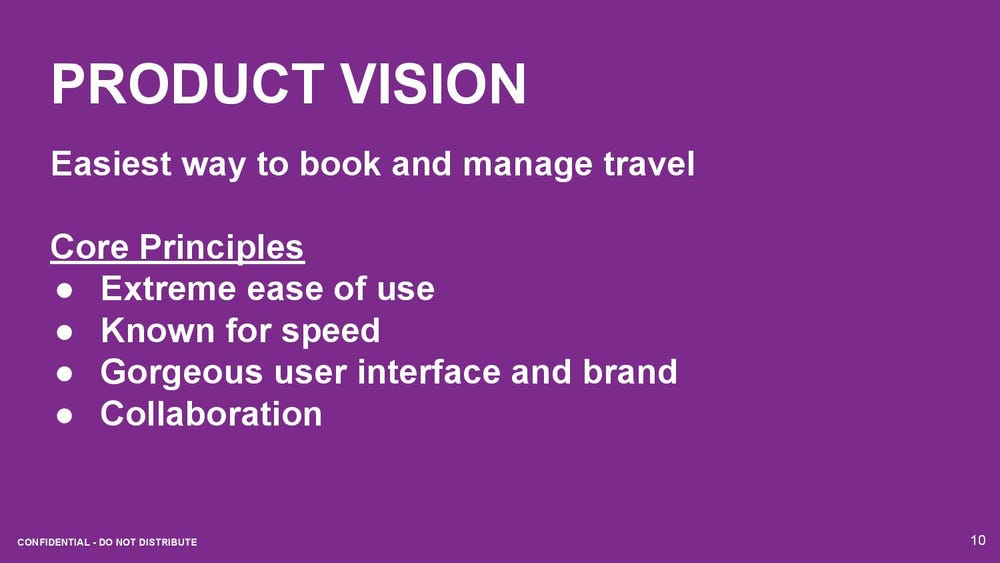 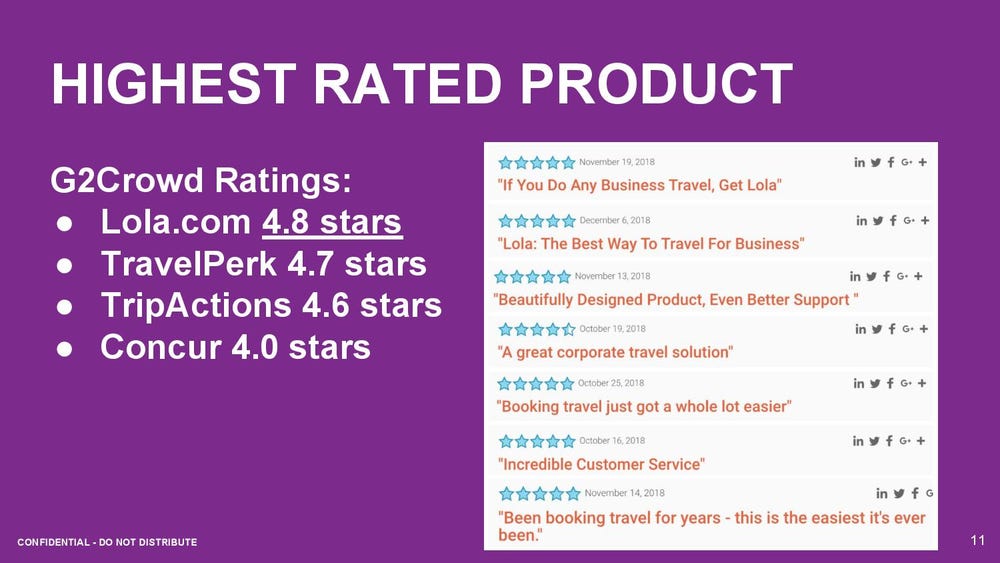 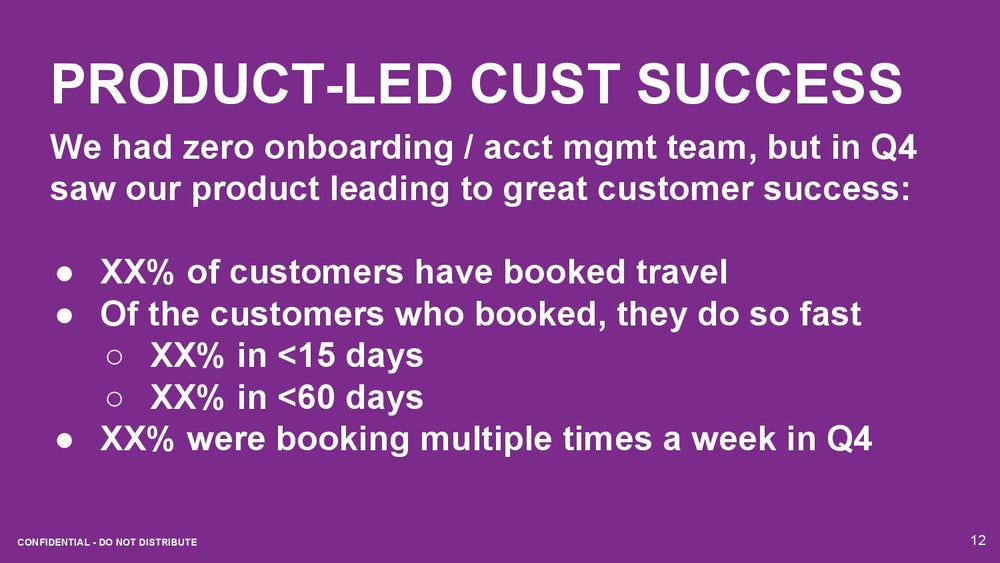 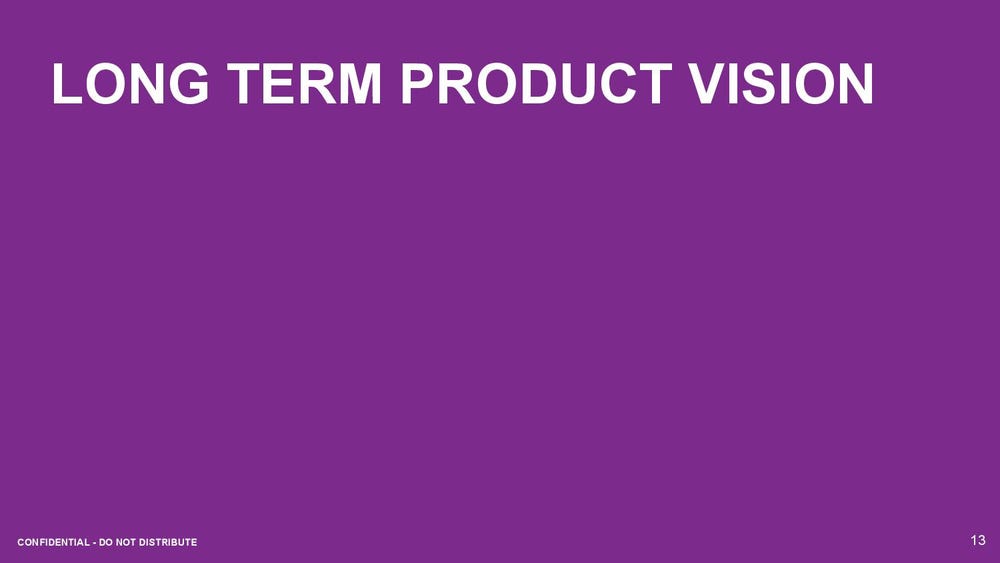 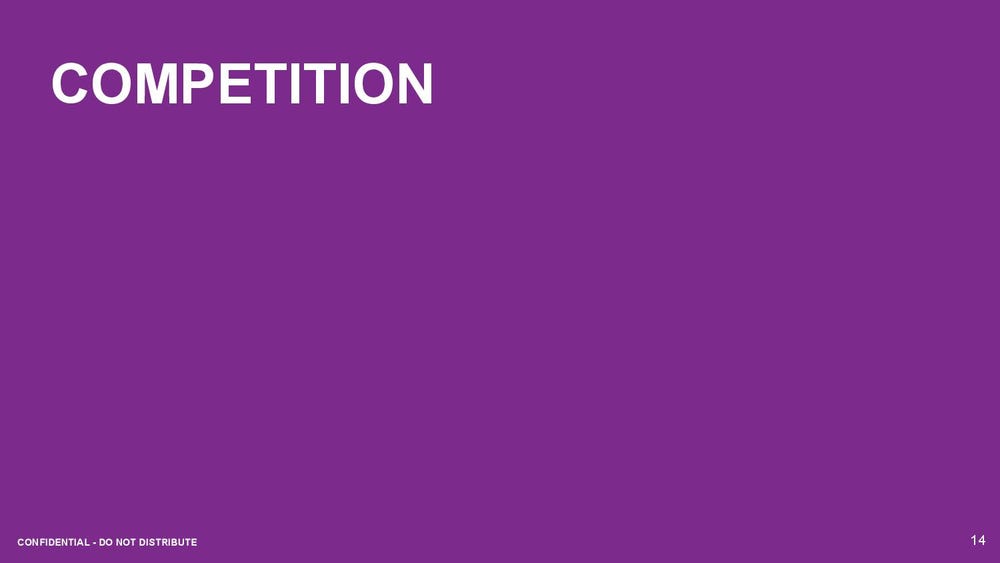 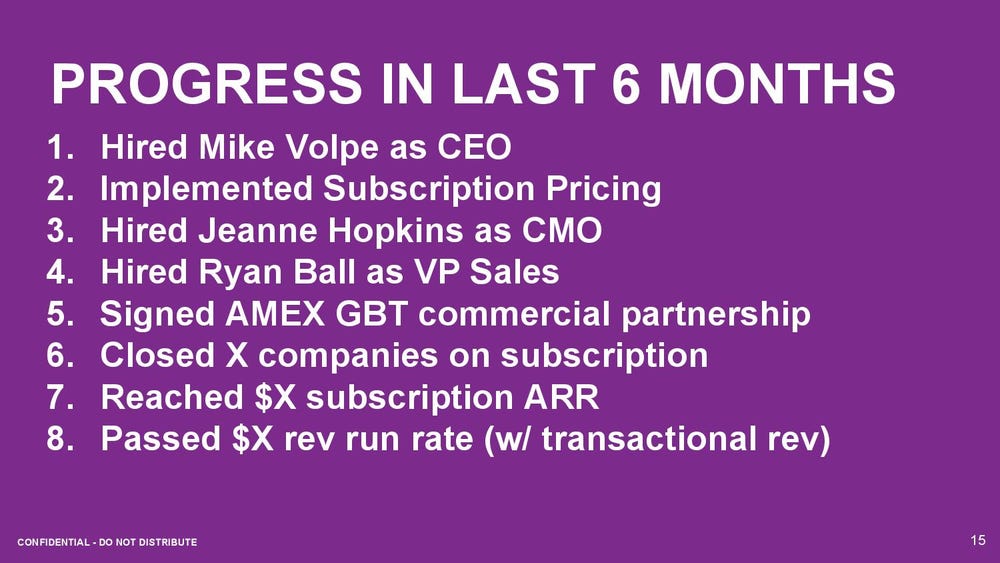 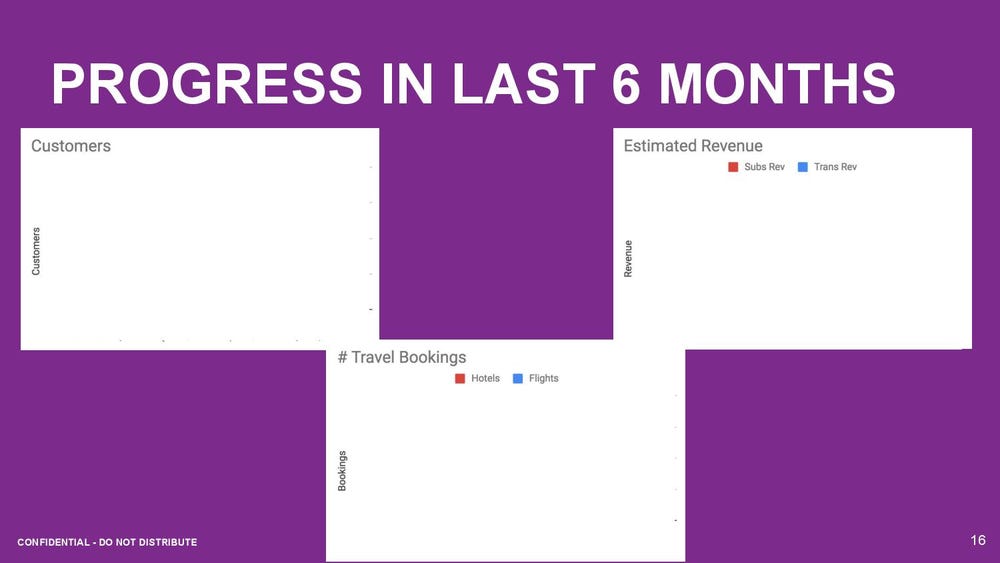 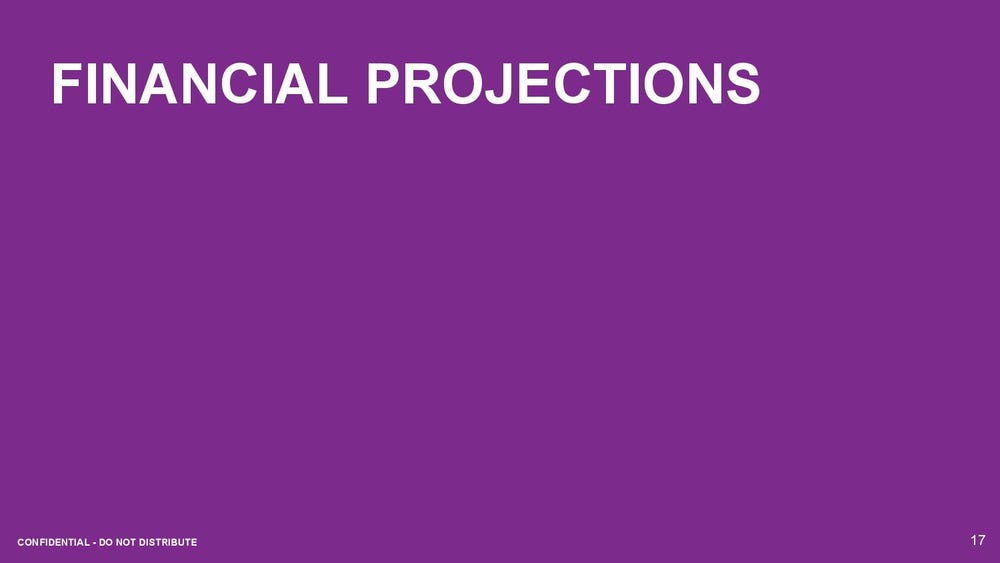 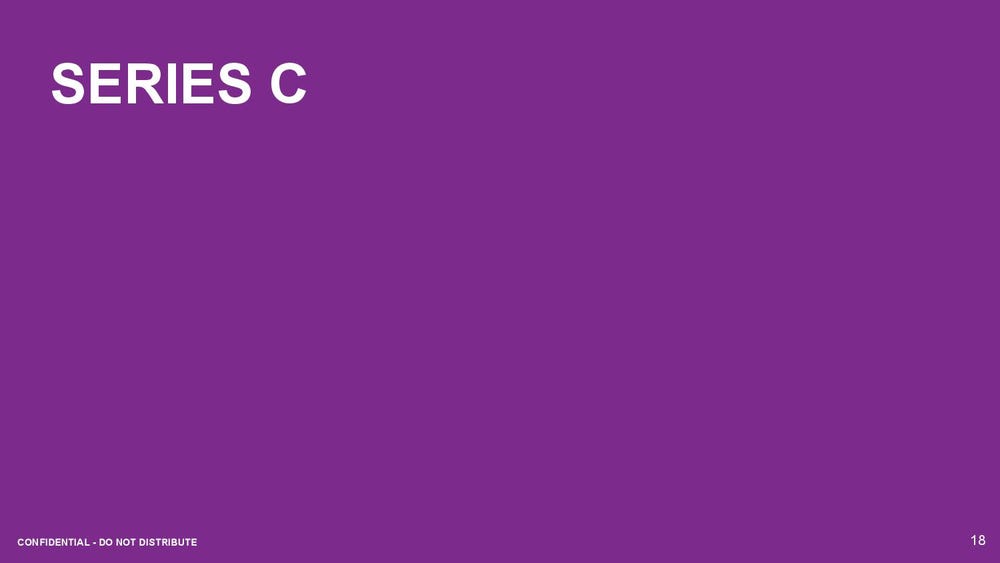 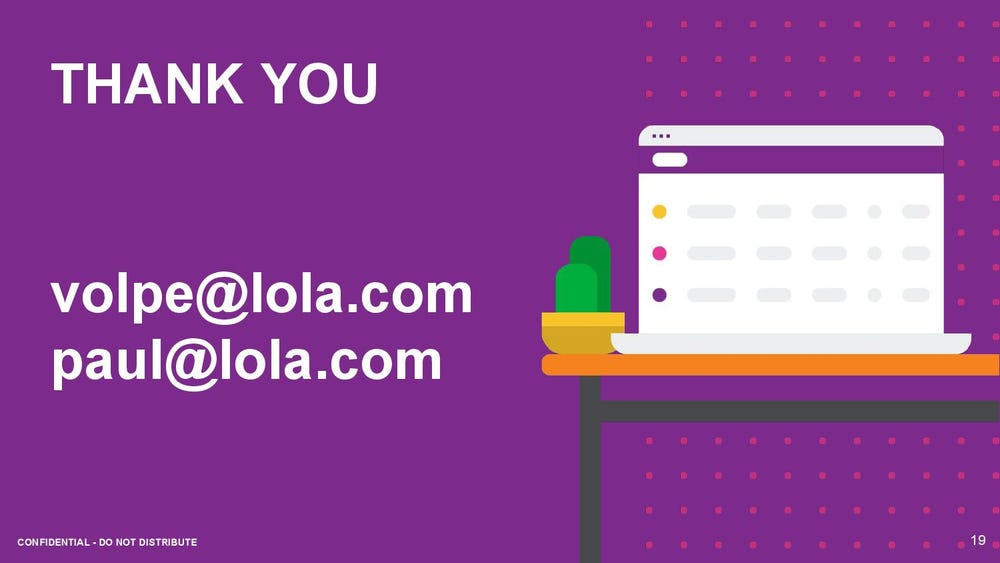