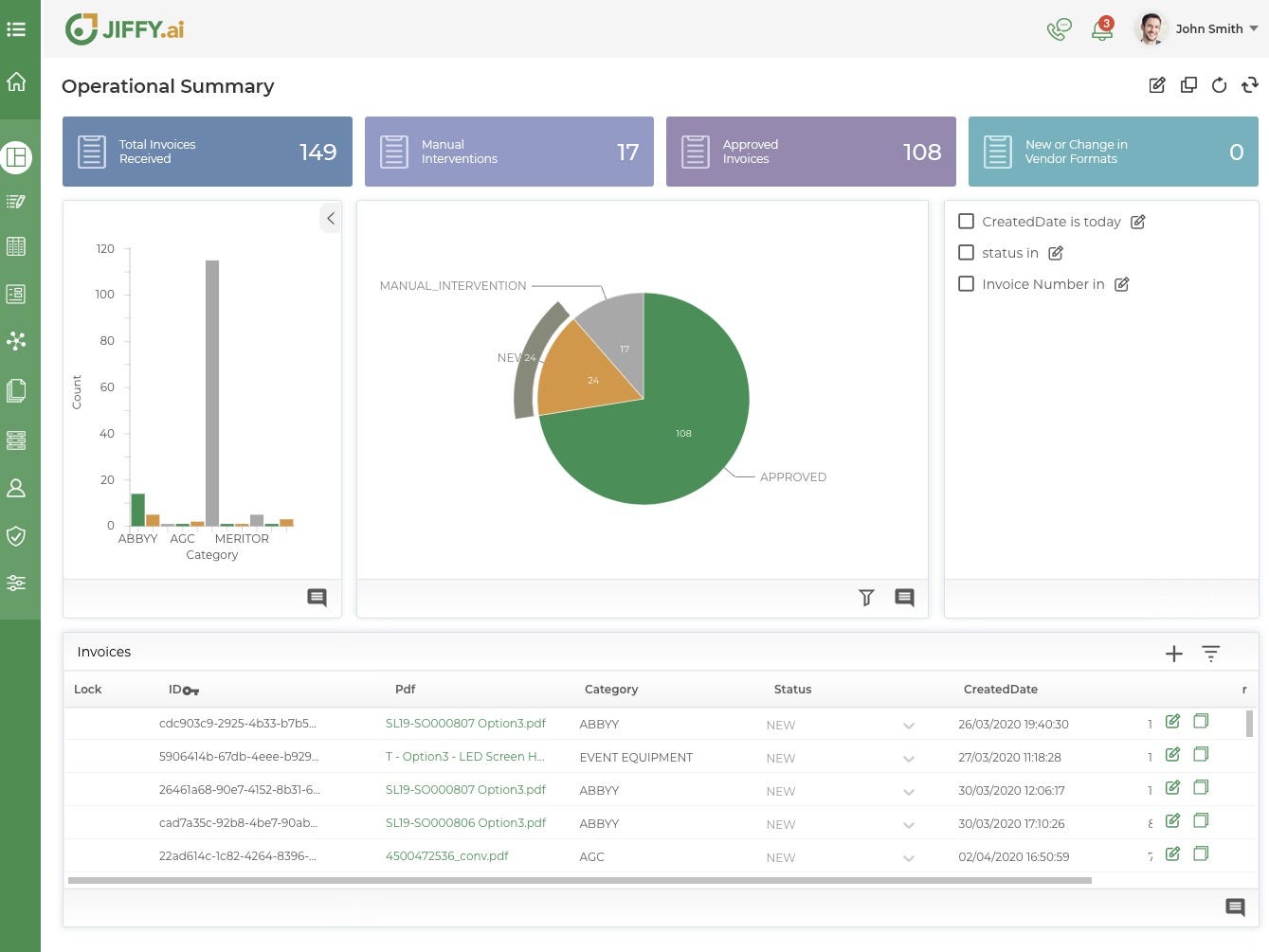 JIFFY.ai is an AI-first platform focusing on the highly regulated fintech industry.

CEO Babu Sivadasan says the startup’s client base has grown 200% in the first half of 2020, as an increasing number of companies look to streamline their operations.

“[In] the second quarter, actually a lot of organizations started seriously looking at automation,” said Sivadasan. “Because the fundamental notion that you’re going to have people working in office operating your infrastructure, operating your applications, that has been challenged.”

Since it was founded in 2018, JIFFY.ai has built a global team of 150 employees and over 30 clients. This includes Fortune 500 companies like Southwest Airlines, which use JIFFY.ai to automate a wide range of processes, from bookings to pilot timesheets.

The US-based startup was co-founded by a team of 20, largely former founders and C-suite executives to disrupt the growing automation market. Almost all companies will use RPA within the next five years, according to a survey by Deloitte.

Its majority stakeholder is the non-profit organization Paanini Foundation, which partners with the startup to retrain workers whose jobs are displaced by automation.

“We are also concerned about the potential impact of automation to existing jobs … so we wanted to pursue build a company with a strong sense of deep social responsibility and moral character,” says Sivadasan. “Being ruthless about innovation … but at the same time being compassionate.”

JIFFY.ai competes with a number of other tech giants in the RPA space like $10.2 billion UiPath, which plans to go public in early 2021, and UK-based market leader Blue Prism.

“We have had good success competing against the big players. We’ve just been selected by, for example, AirAsia in Malaysia,” says Sivadasan. “Where we have seen success in competition is when a decision is being made based on the merits of the product.”

Check out the pitch deck it used to bring investors on board: 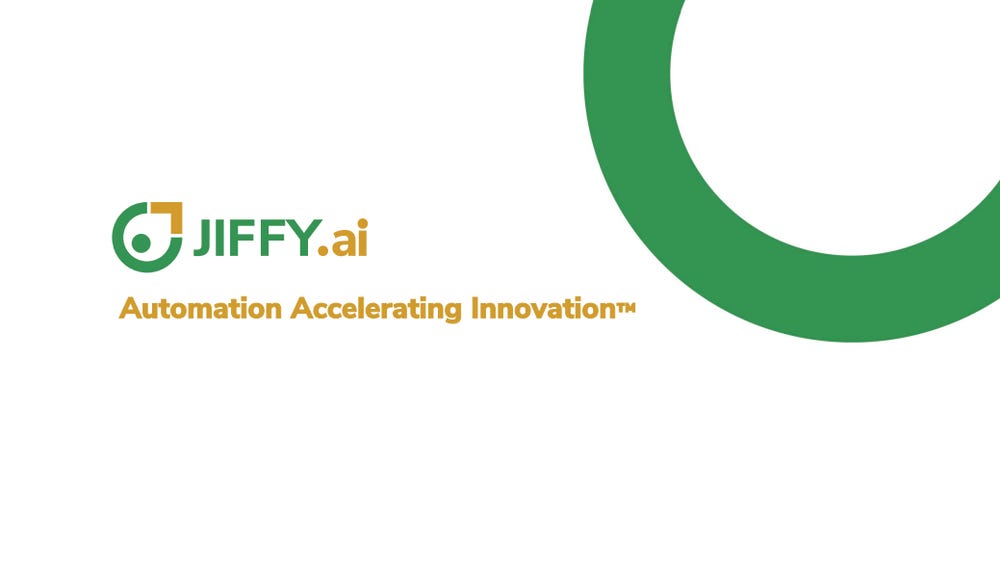 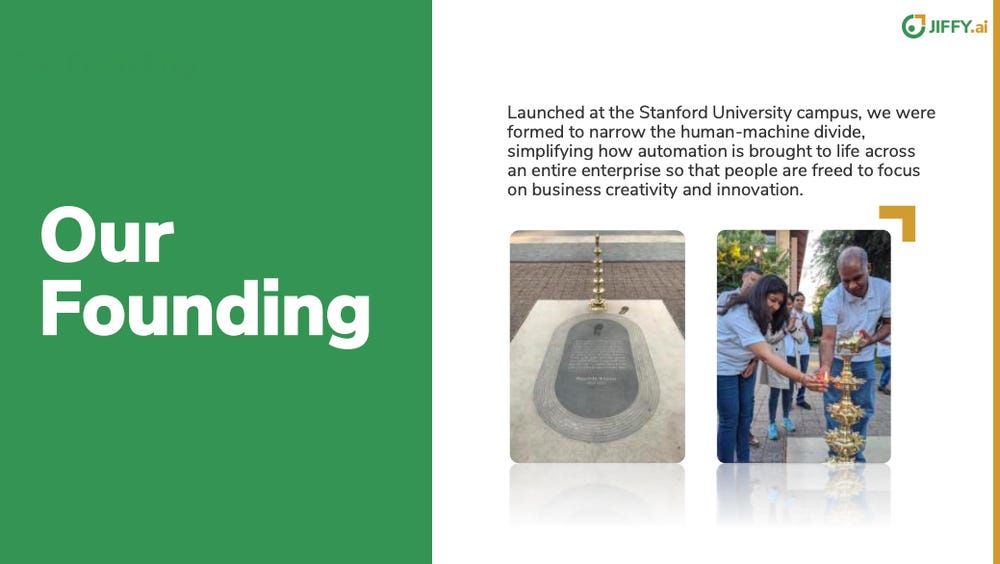 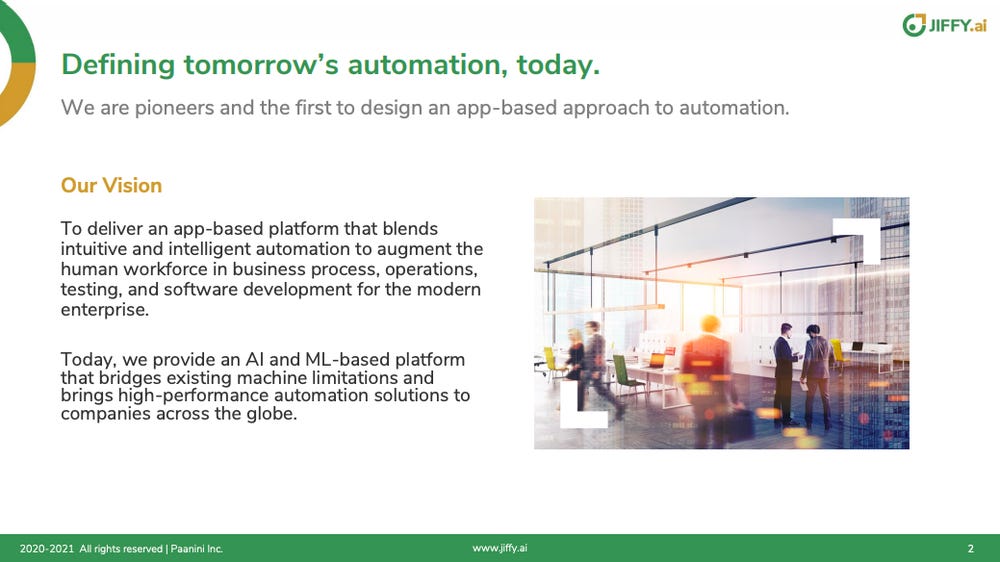 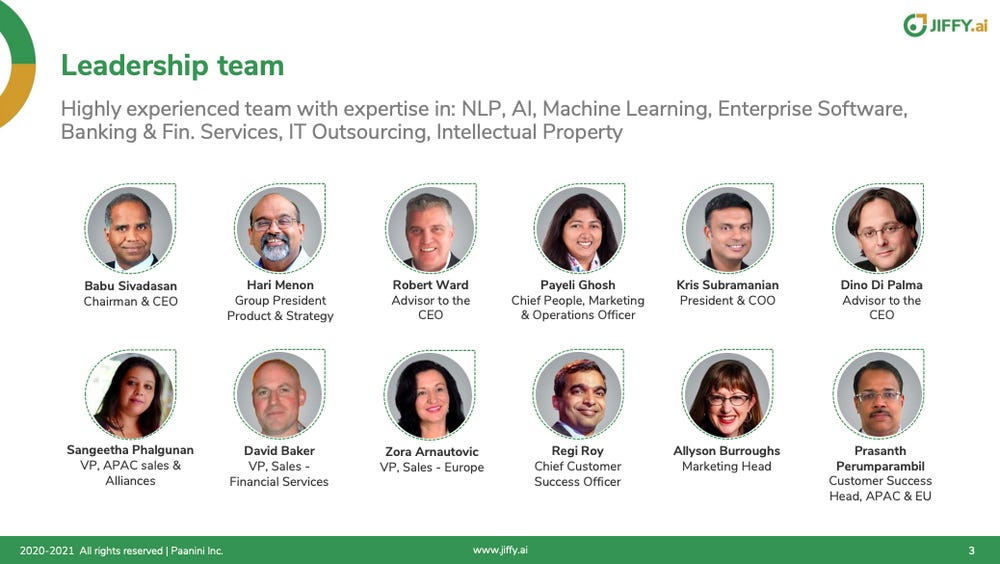 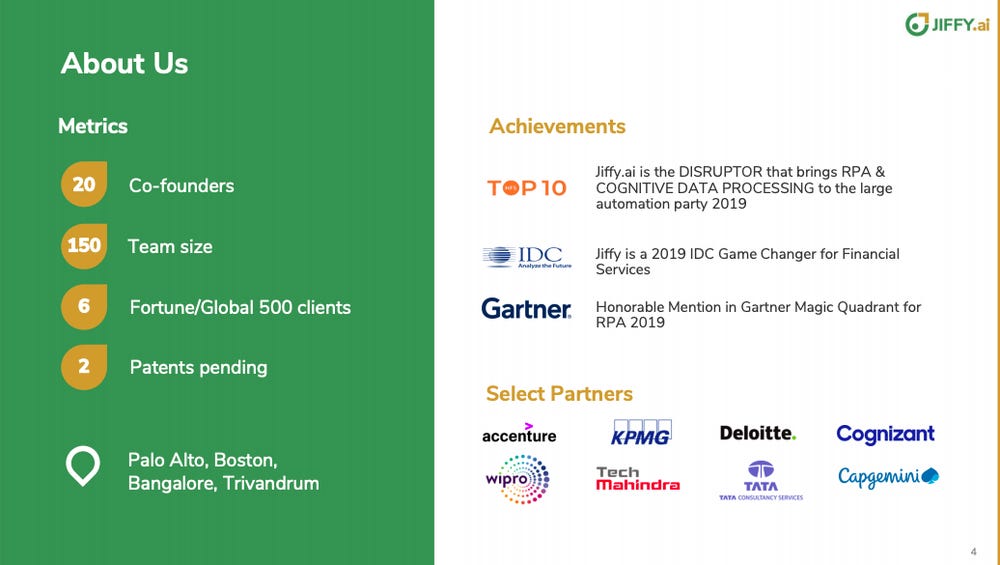 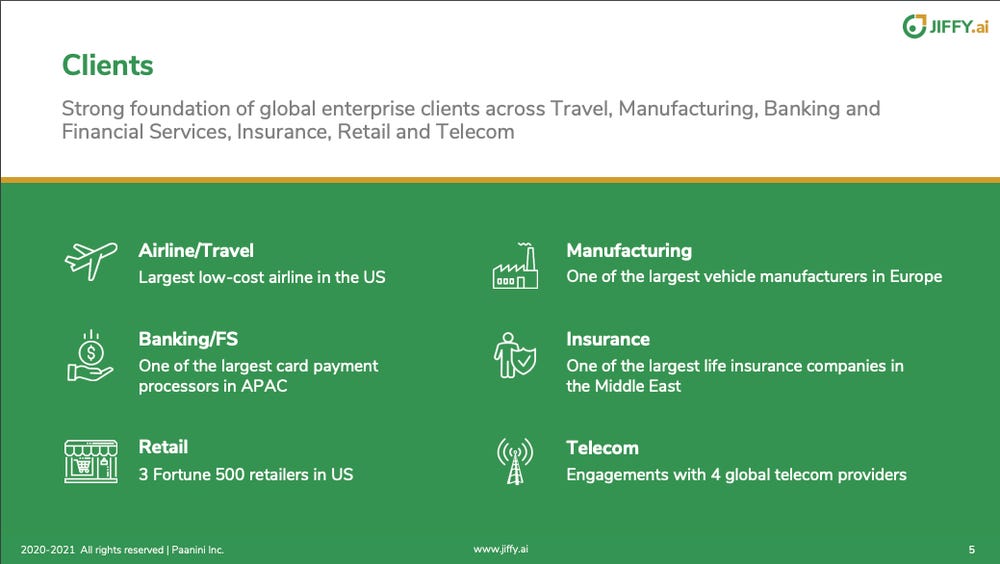 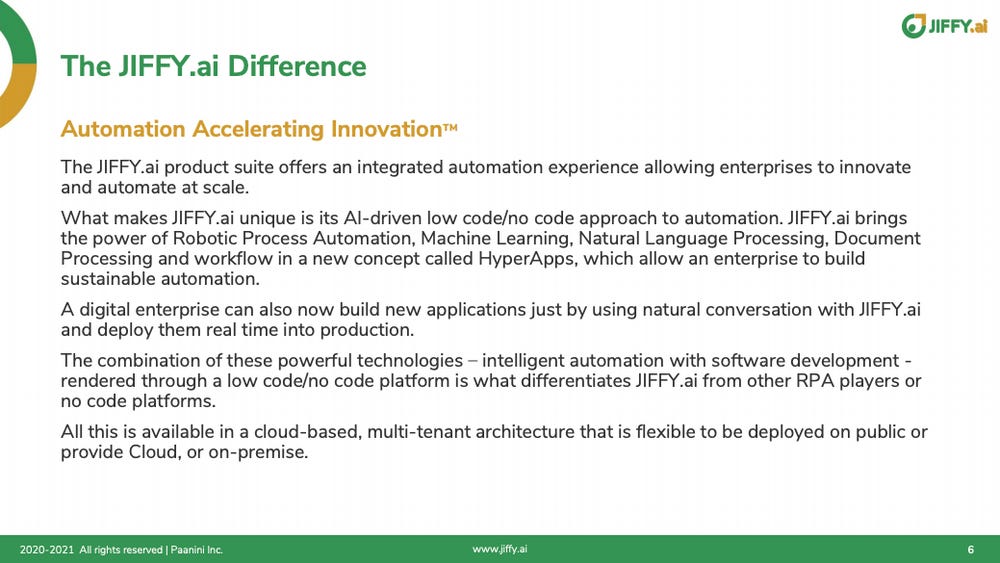 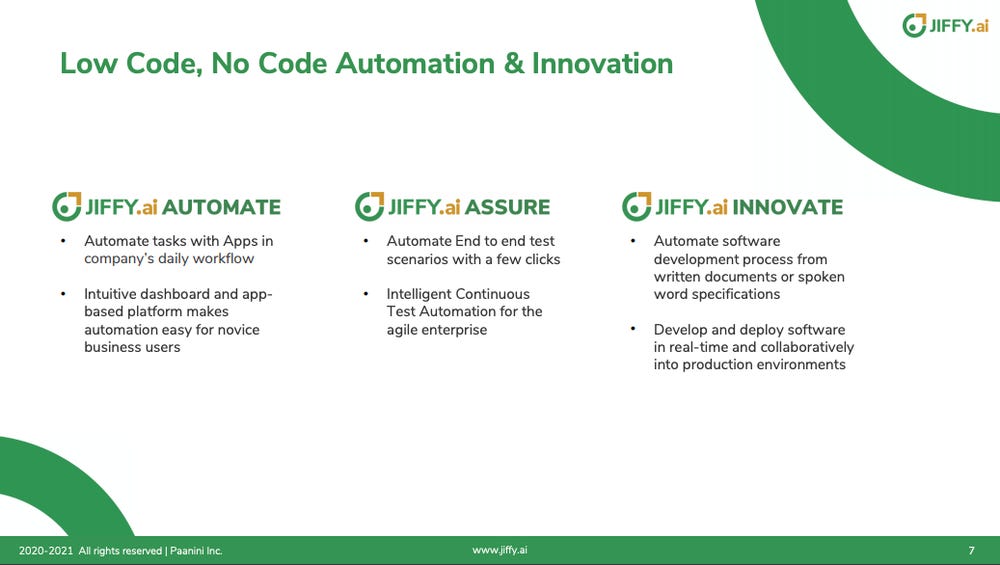 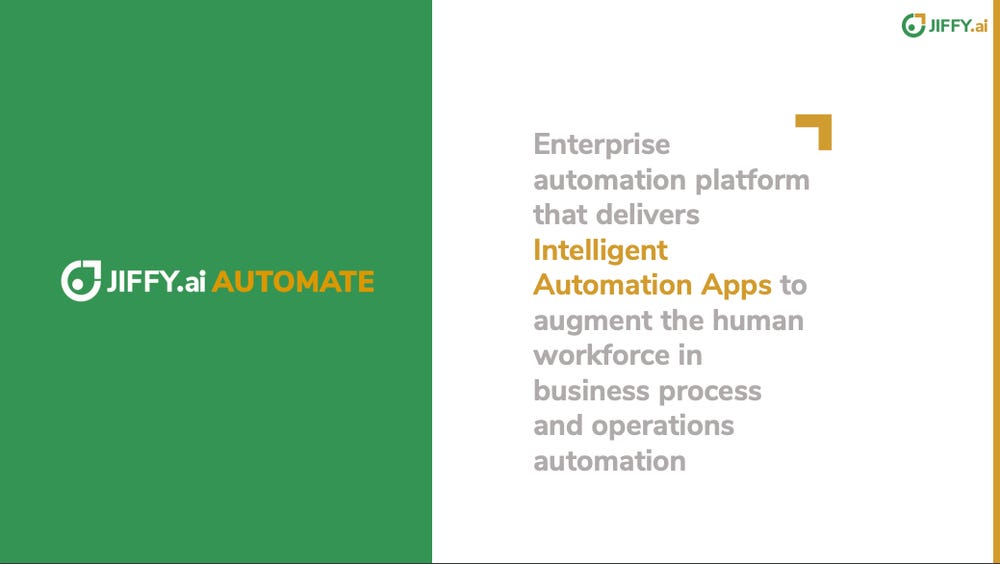 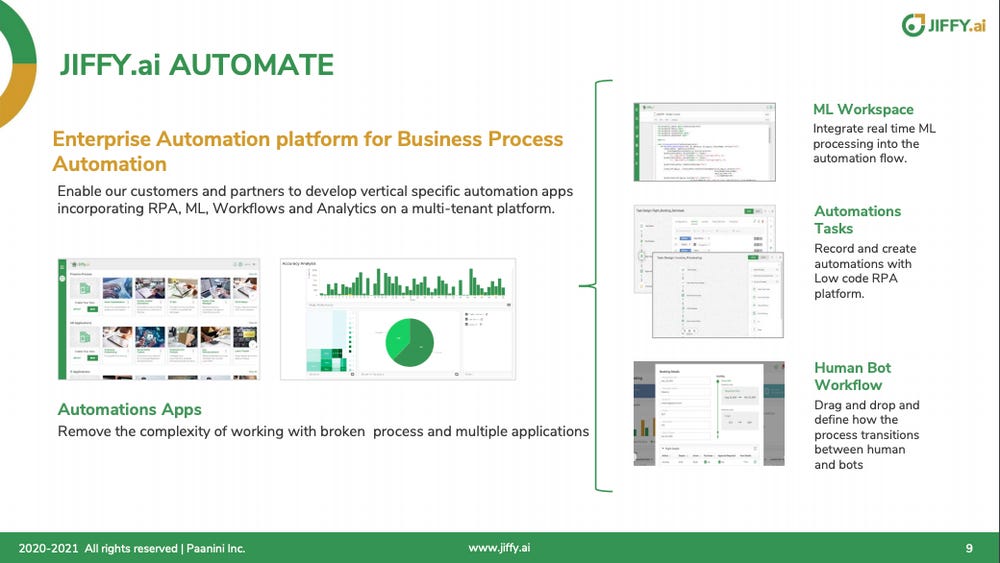 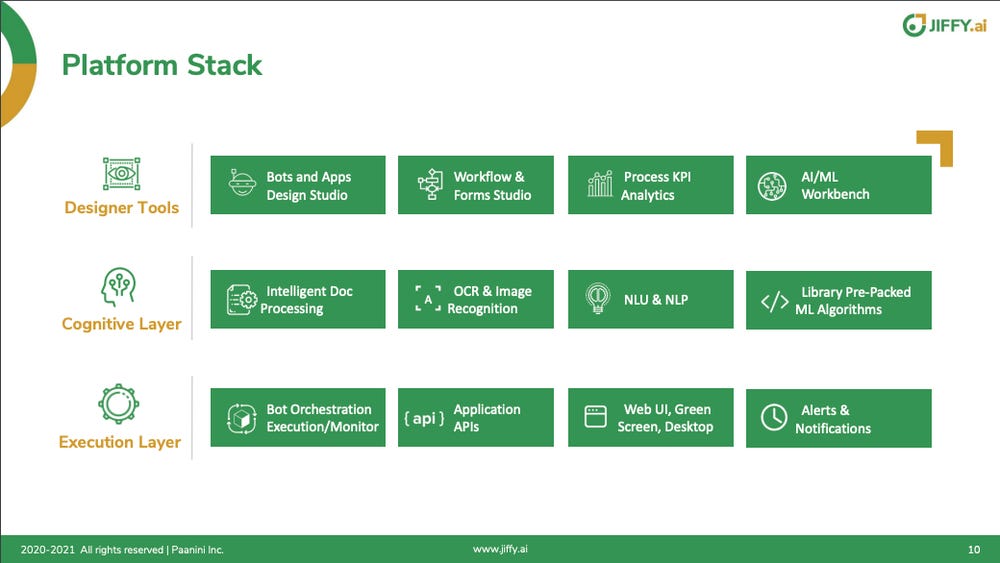 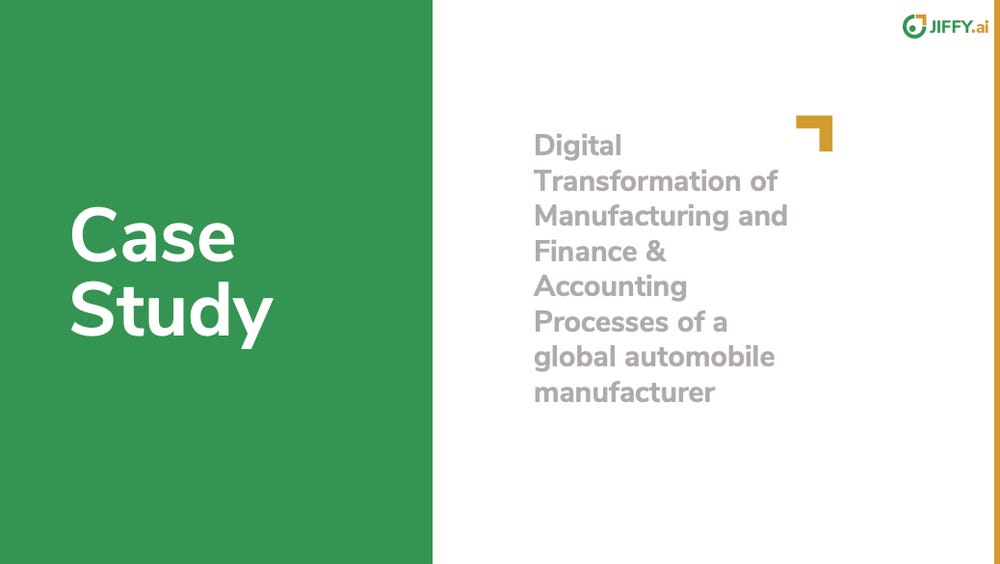 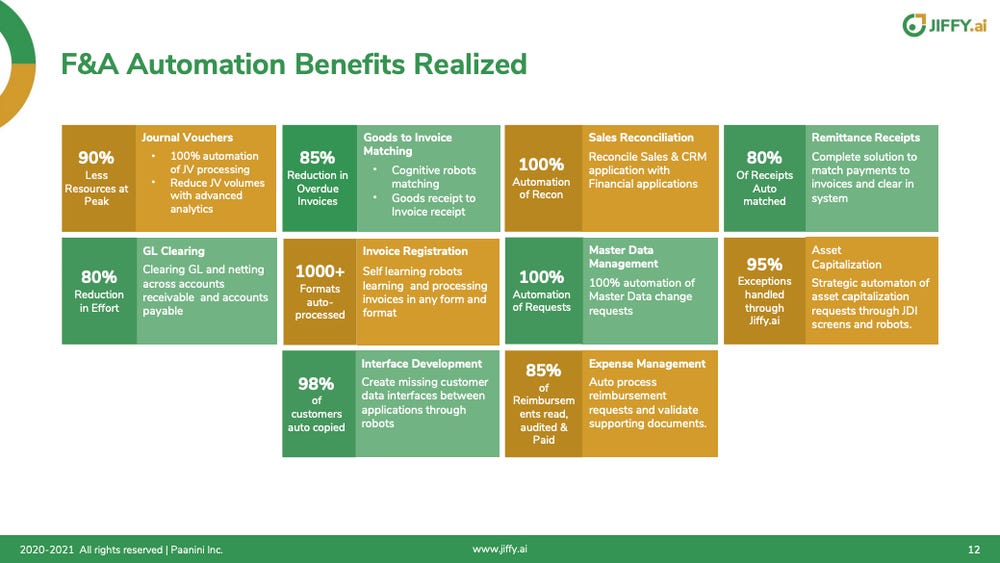 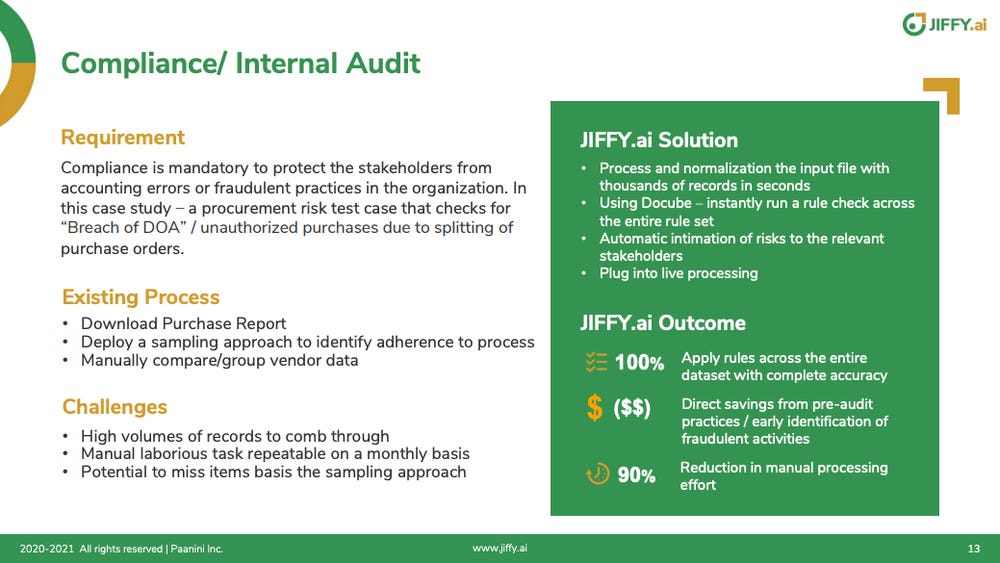 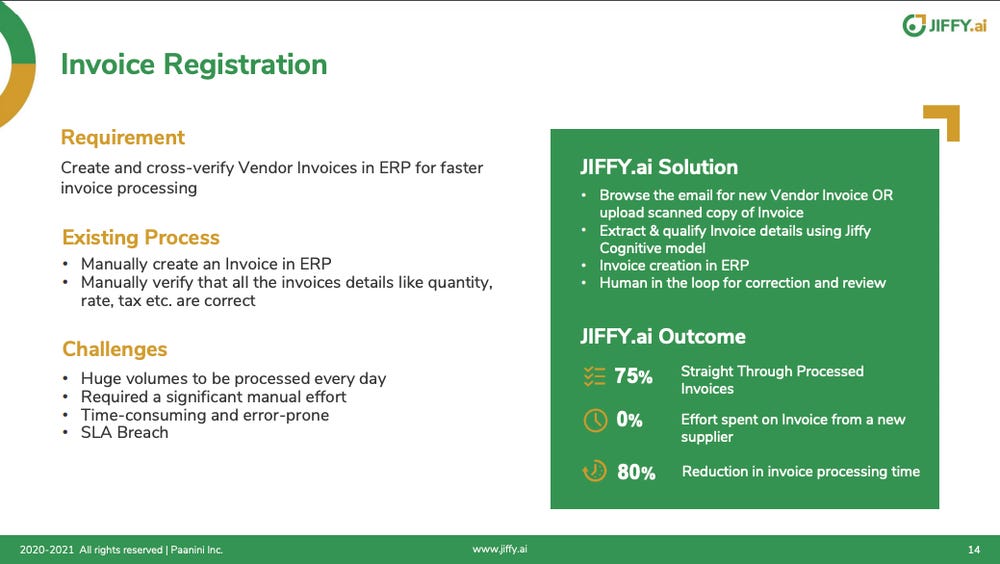 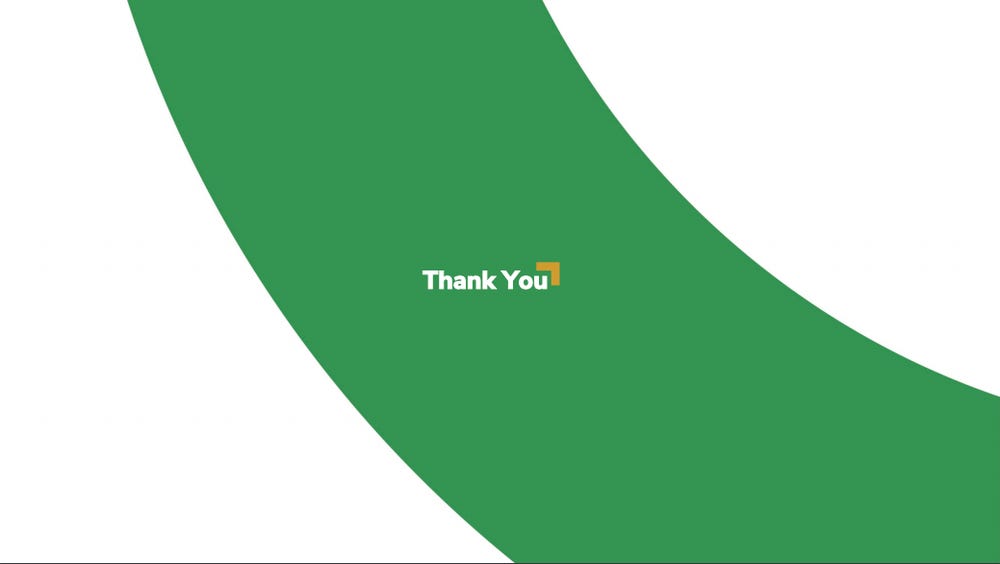