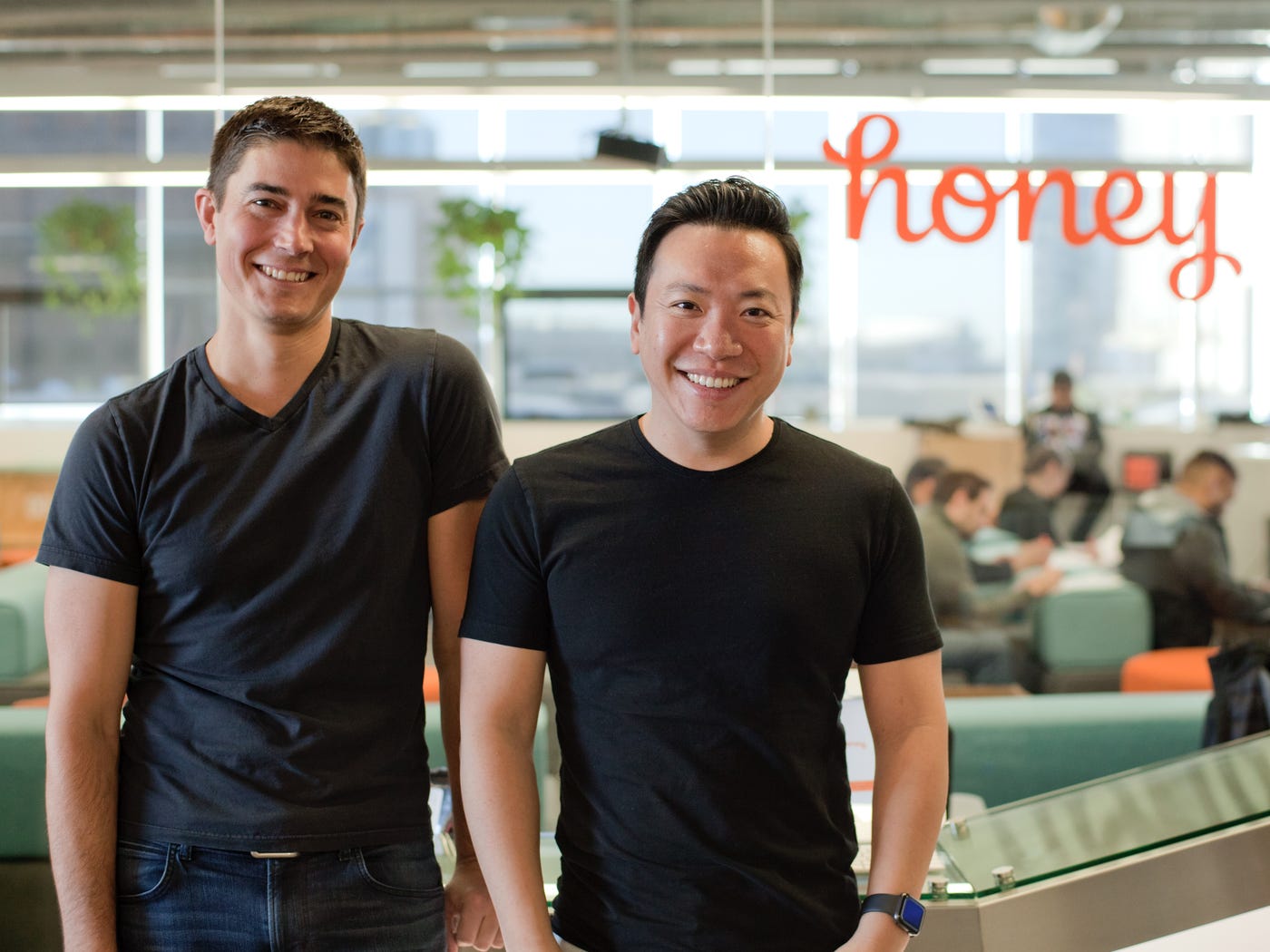 More than 160 million online shoppers got asked this question during checkout in 2014, according to Honey, a startup that makes a browser extension for finding coupons. The problem is that many of them left the merchant’s website to search for a promo code and never came back to place their order.

In 2012, Honey’s founders set out to solve for one of e-commerce’s biggest profit eaters. When a user is online shopping, Honey scours the web for available coupons and surfaces the best ones in a browser extension. The company takes a commission on every transaction it helps close, and last year, it booked $100 million in revenue.

Honey’s promise to merchants — that it could turn shoppers into customers, lowering cart abandonment — made it an irresistible acquisition for the payments company PayPal, whose services are focused on checkout. In November, the company cofounded by Peter Thiel said it agreed to buy Honey in a $4 billion cash deal, its biggest acquisition ever.

PayPal has some 24 million merchants signed up for its payments solutions. An integration with Honey makes its service more valuable to them, Daniel Schulman, PayPal’s president and chief executive, said in a recent call with analysts.

“Almost 40% of all e-commerce is done through some sort of trigger event,” Schulman said. “There’s a personalized offer that comes in. There’s a deal that somebody sees. … We think that Honey actually has the leading platform and capabilities around that. And that adds a tremendous amount of relevance to our consumers.”

Considering many shoppers already search for deals before placing an order, PayPal could persuade customers to check out using their PayPal account more regularly if it integrated the browser extension’s features into its checkout experience, Business Insider Intelligence’s Daniel Keyes wrote.

Schulman said the transaction had “the potential to be transformative for us.”

But before Honey sold for $4 billion, it nearly ran out of money. In 2012, founders Ryan Hudson and George Ruan tried to raise outside capital and were mostly rejected. They struggled to convince investors to put money into a browser extension for the desktop as mobile became the computing platform du jour. They pooled their savings to pay a small team of engineers. One founder took a day job as a product manager at an adtech company to make ends meet.

Honey’s users grew in number, and two years later, the company had an easier time raising funds. A small group of investors who were mostly based in Los Angeles, where Honey has its headquarters, poured $1.8 million into a seed round. Based on the company’s value in the sale to PayPal, those early investors have seen roughly 300 times returns on their original investment.

In 2015, Honey pulled in half a million dollars in a bridge round to cover its expenses before the next big raise. The founders used this eight-slide pitch deck to convince investors of their worth. Check it out: 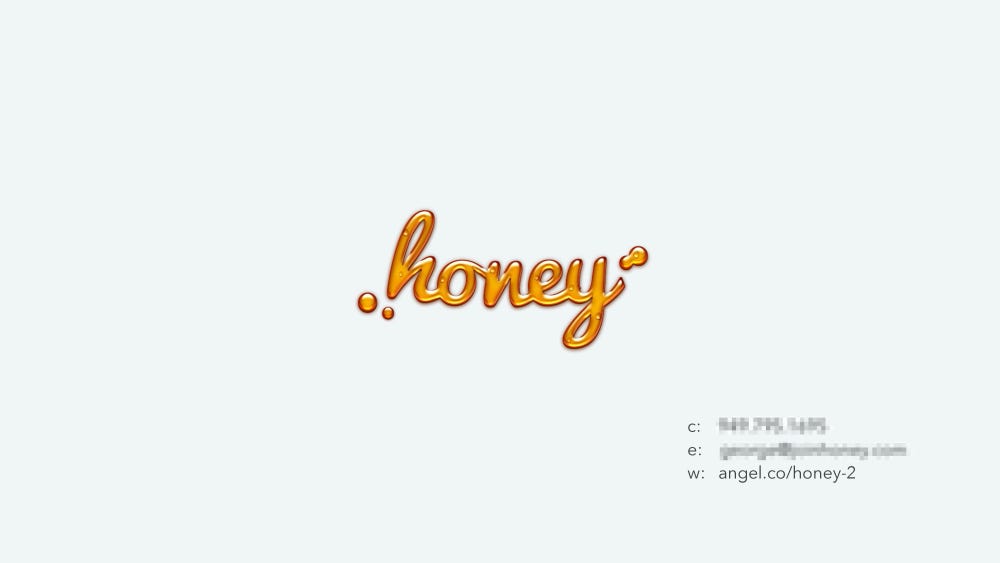 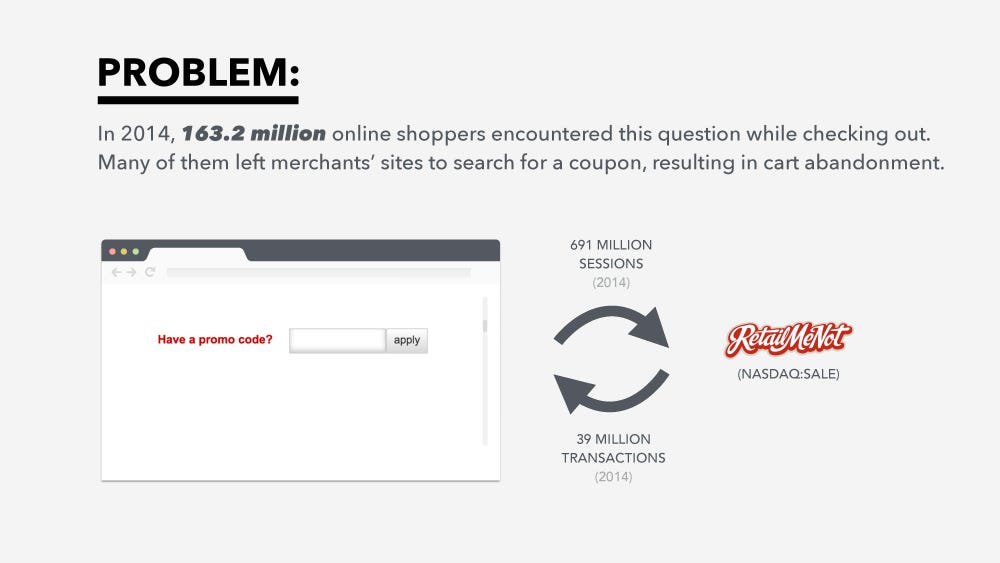 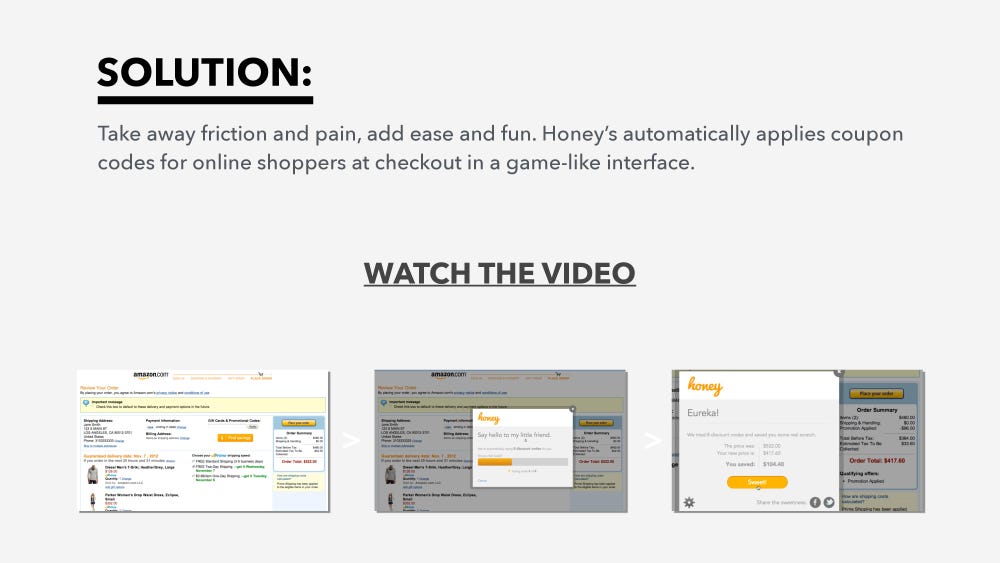 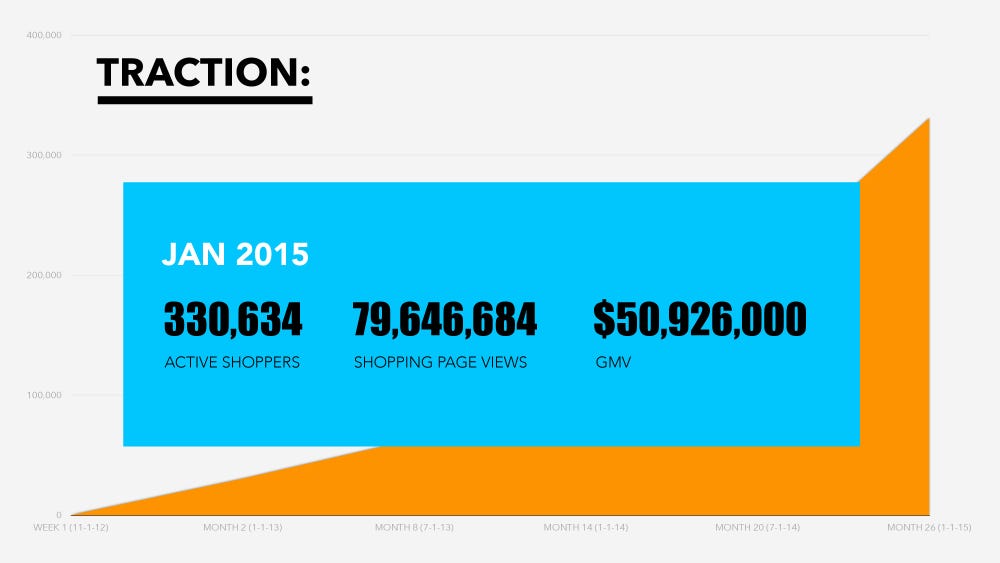 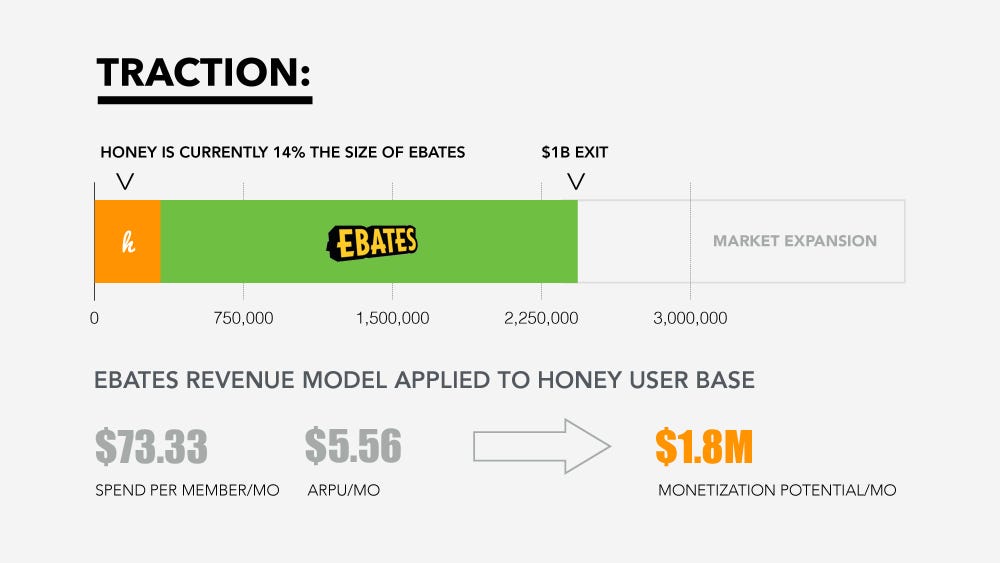 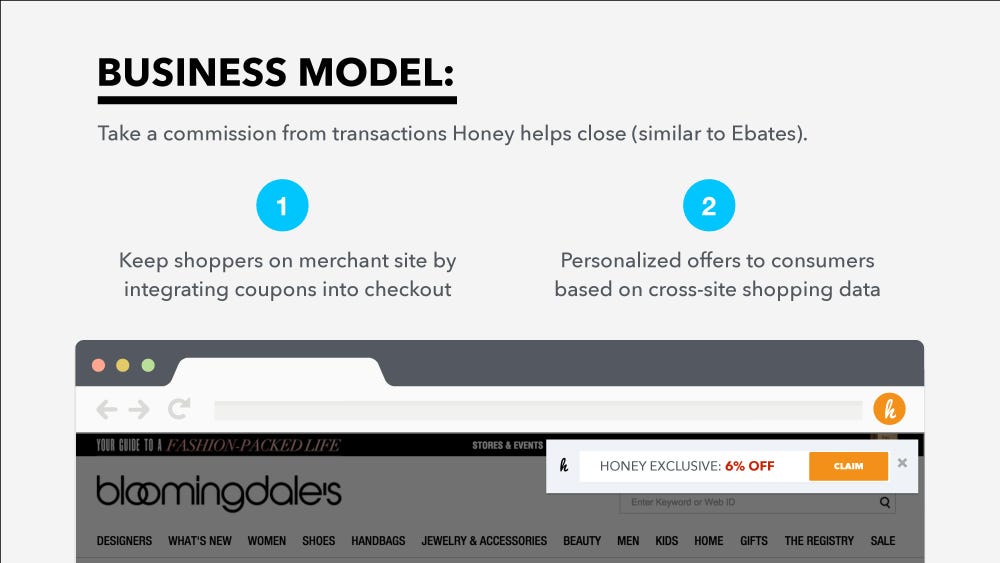 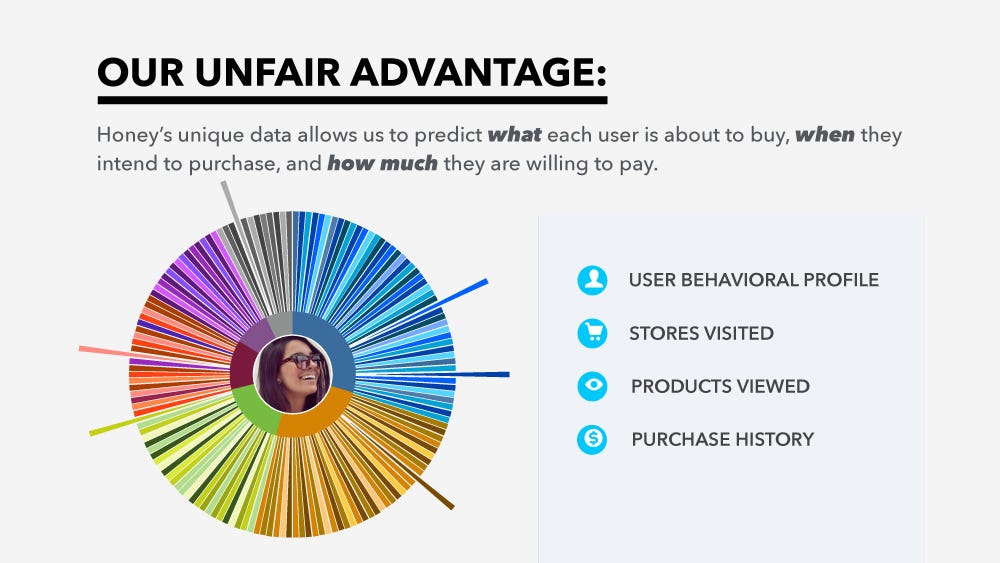 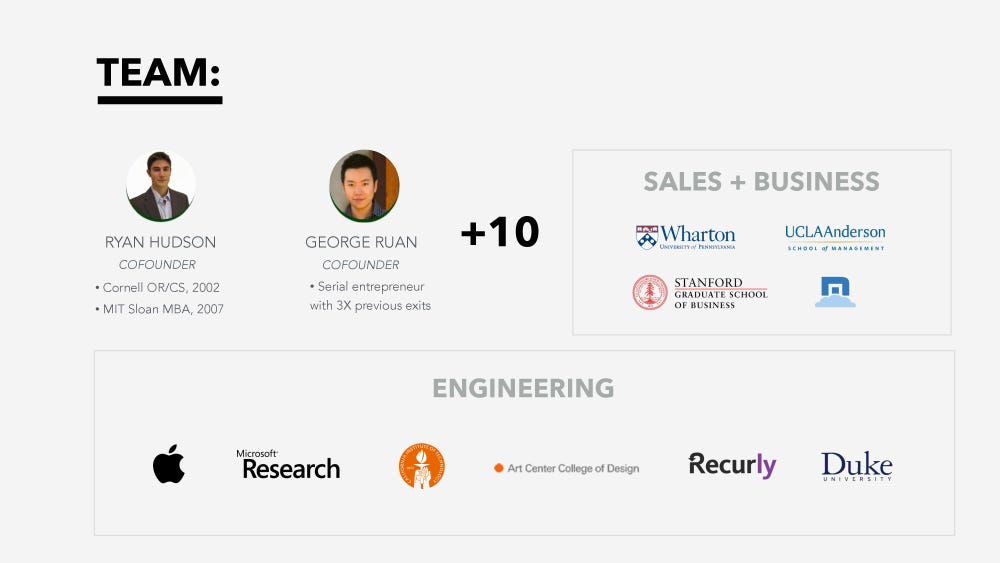