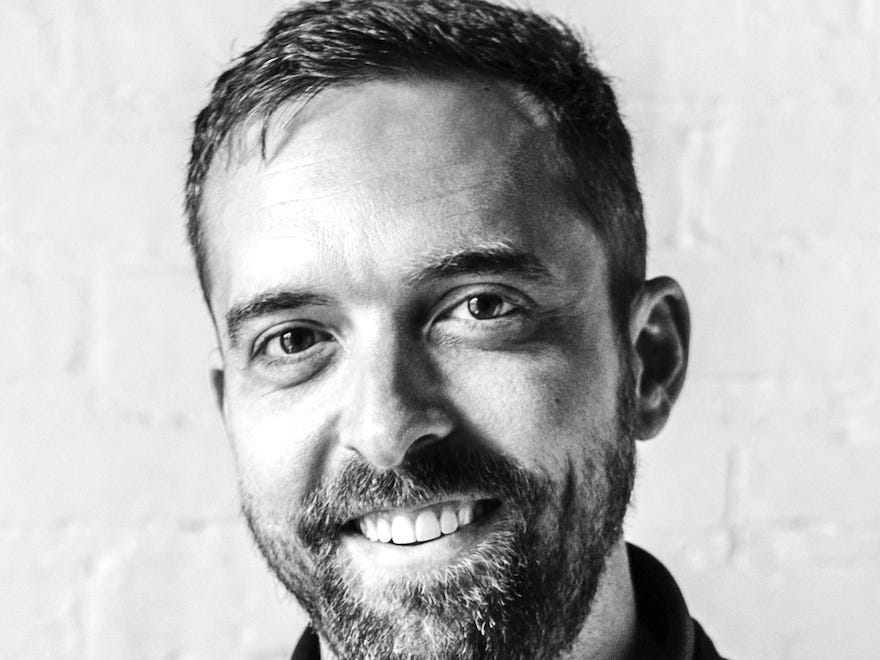 Fresh off a $12 million raise, Headset CEO Cy Scott is trying to navigate a future filled with as many roadblocks as opportunities.

The Seattle-based analytics startup has so far carved out a lucrative niche in the booming cannabis industry, collecting retail-sales data and providing market intelligence to dispensaries across the country — but, as Scott told Business Insider in a recent interview — the only constant in cannabis is that change is inevitable.

Scott broke down what made his pitch deck successful in a webinar moderated by Business Insider. Scott was joined by Poseidon Asset Management partners Emily and Morgan Paxhia, who discussed which parts of Scott’s pitch attracted them to invest in the company.

Scott said he pitched 20 to 30 investors over a six-month period in order to nail the round. He learned a lot about what makes a successful pitch in the process, specifically that a startup needs to home in on a concise mission statement, and how to make Headset stand out in an increasingly crowded cannabis-tech market.

“The whole industry is just moving at an insane clip,” Scott previously told Business Insider. “We don’t really know what the future holds. Anybody who tells you that they do with the cannabis industry is just trying to make it up.”

What Scott does know, however, is that cannabis companies, and traditional corporations trying to muscle into the cannabis world, are hungry for data and anything that can give them an edge in an increasingly competitive business.

It’s a trend that hasn’t gone unnoticed in the venture-capital world. Initially targeting $6 million on a $30 million pre-valuation for Headset’s Series A funding round, Scott decided to double that funding number to just over $12 million when it raised in January.

Read more: The CEO of cannabis-tech startup Headset told us why having a concise mission statement is crucial to successfully pitching investors

“When we initially went out, we thought six [million] would be enough to get by and reasonable to do in a quick fashion,” Scott said. As he hit the fundraising circuit, he found a number of funds that wanted to lead the round, ready to write large checks.

“We started to reevaluate what we could do with more capital,” Scott said. “It’s always a fine line, you know, raising too much capital. There’s the analogy that it’s like pouring water on a plant — just like dumping too much water won’t make the plant grow any faster.”

Headset raised money from a mix of investors from inside and outside the cannabis world. The round was jointly led by AFI Capital Partners and the cannabis-focused Poseidon Asset Management, with Canopy Rivers (the venture-capital arm of Canadian marijuana giant Canopy Growth) participating.

“We really deprioritized traditional VCs and really prioritized more of the cannabis-related firms just because there’s less of that education component,” Scott said. Cannabis-specific firms, which generally don’t take money from institutions like pension funds that are restricted from investing in cannabis since it’s federally illegal in the US, have grown rapidly over the past two years. Their larger competitors from the traditional VC world largely remain boxed-out of the high growth industry.

Partnering up with Nielsen and Deloitte

On top of raising $12 million, Headset also inked partnerships with Nielsen, one of the leading market-research firms, as well as the consulting and accounting firm Deloitte.

As more big consumer-packaged-goods (CPG) companies evaluate how to get into the cannabis industry, Scott said Headset’s data — and the platform that its partnerships provide — would be crucial.

As big CPG companies watched cannabis legalization spread across the US and Canada, they were asking Nielsen questions like, “Where’s the opportunity? What’s the risk to my business?” Scott said.

Read more: Nielsen is diving into marijuana as the world’s biggest consumer companies look for an edge in the booming industry

Nielsen, Scott said, didn’t really have a good answer. “So they realized pretty quickly that they needed to go out and find a partner that can bring that type of insight,” Scott added.

And while Scott and his team have their hands full after their most recent raise, he’s still getting lots of interest from investors. That Rolodex will come in handy in the future.

“Just yesterday I was fielding emails and kind of deferring — give us 18 months before we start talking — we just closed this round,” Scott said. “If there’s a real opportunity to race ahead, we might raise a little earlier, but I’d say 18 to 24 months is a safe bet.”

See below for the pitch deck Headset used to raise $12 million: 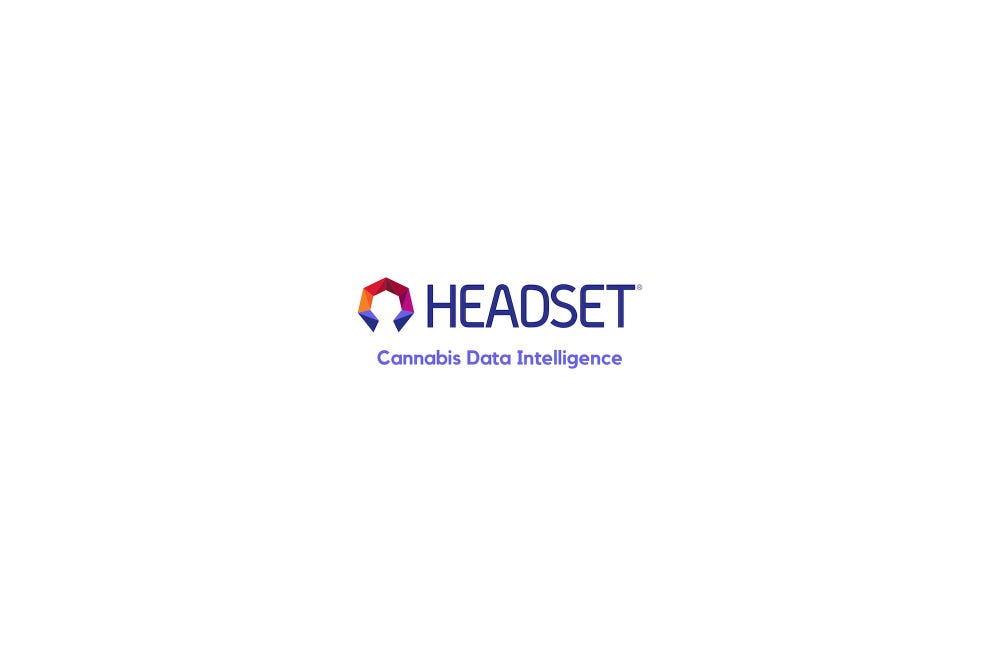 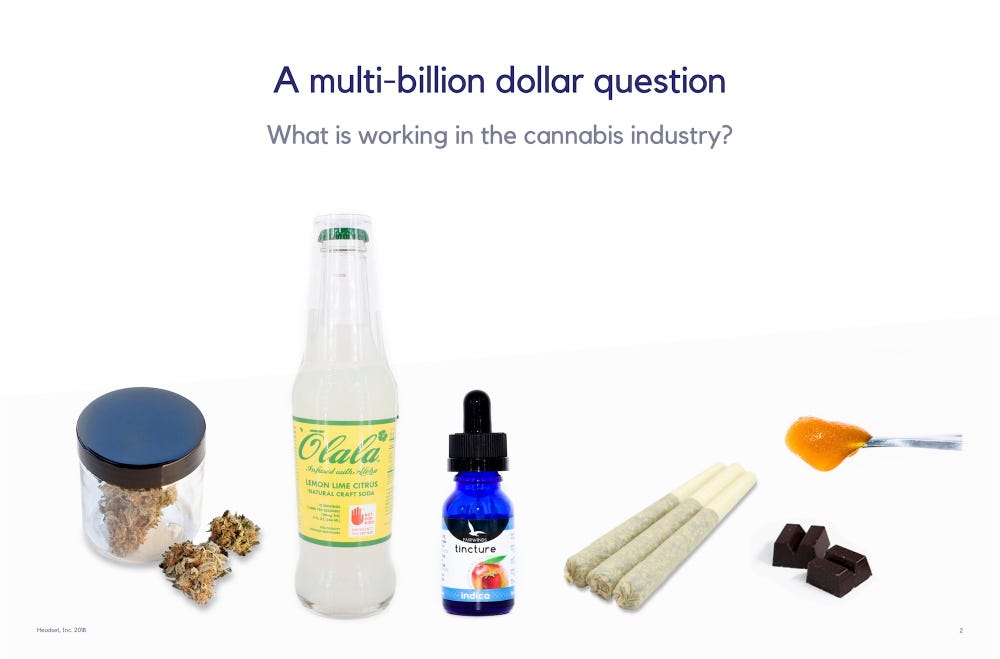 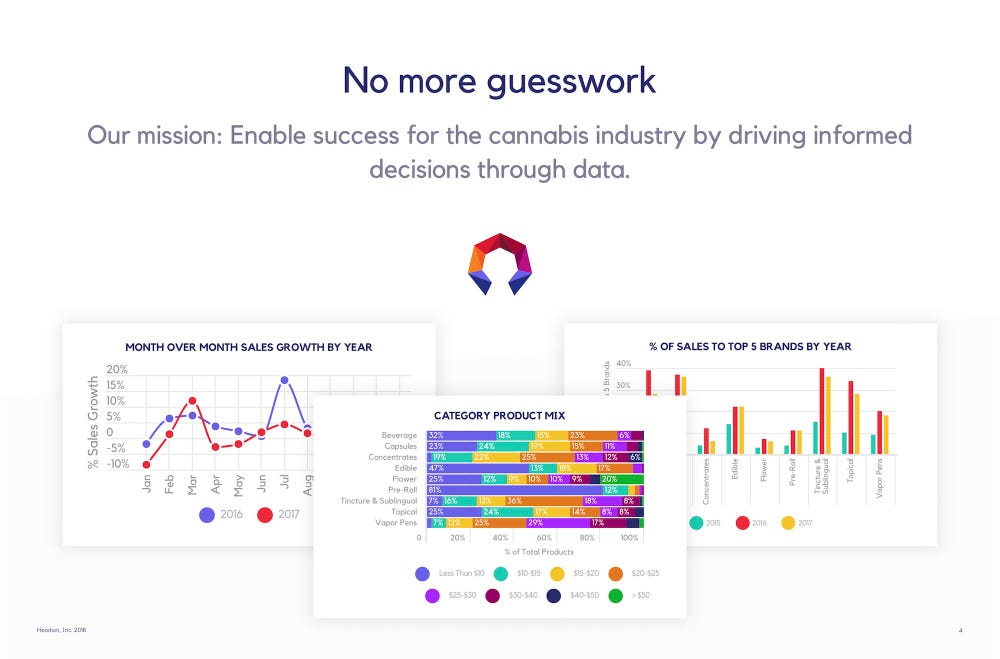 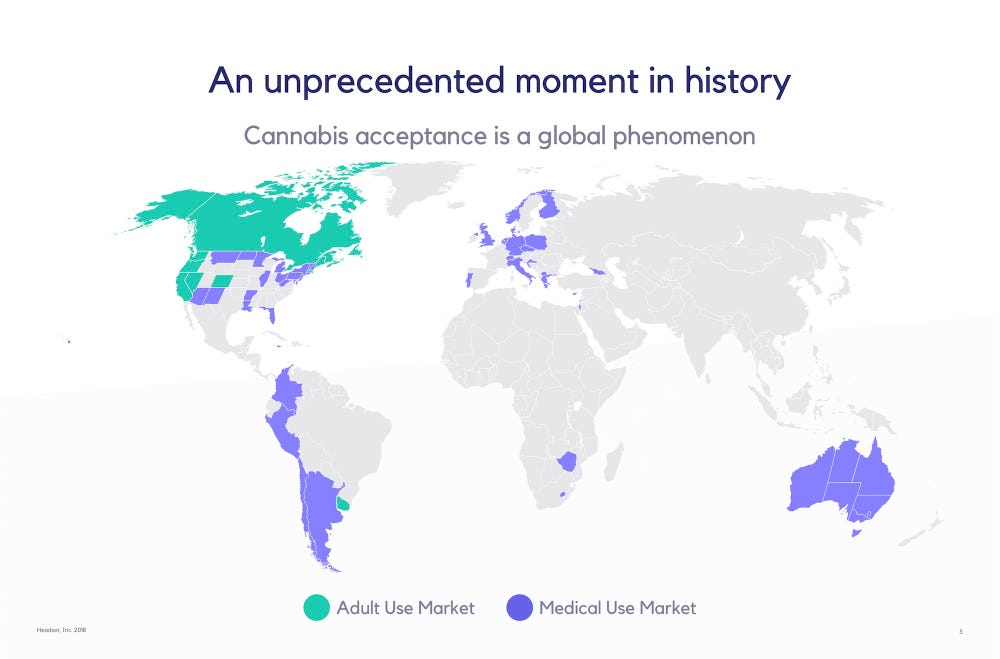 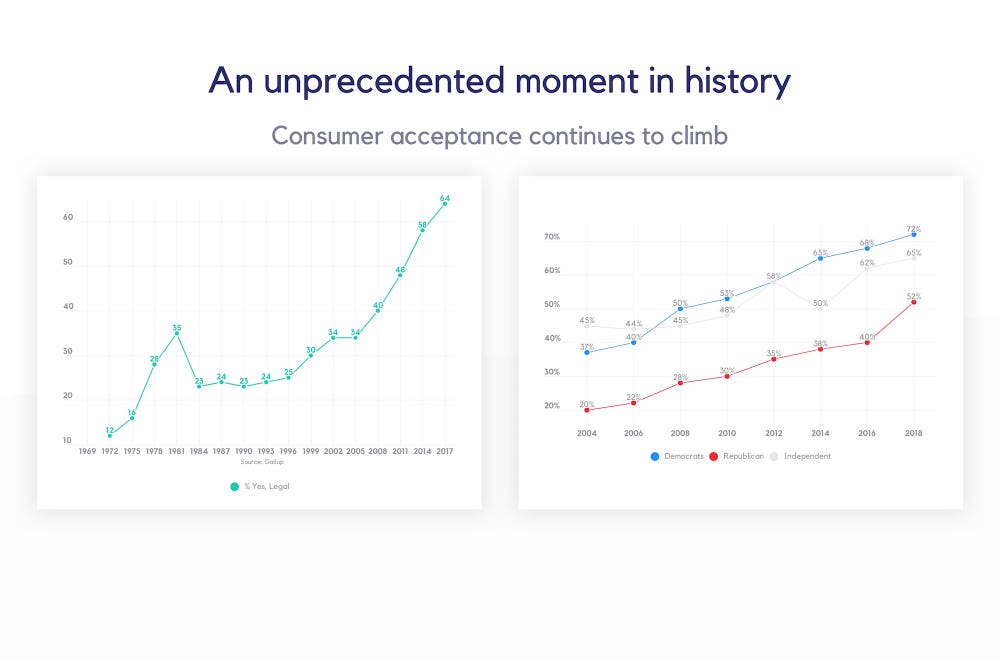 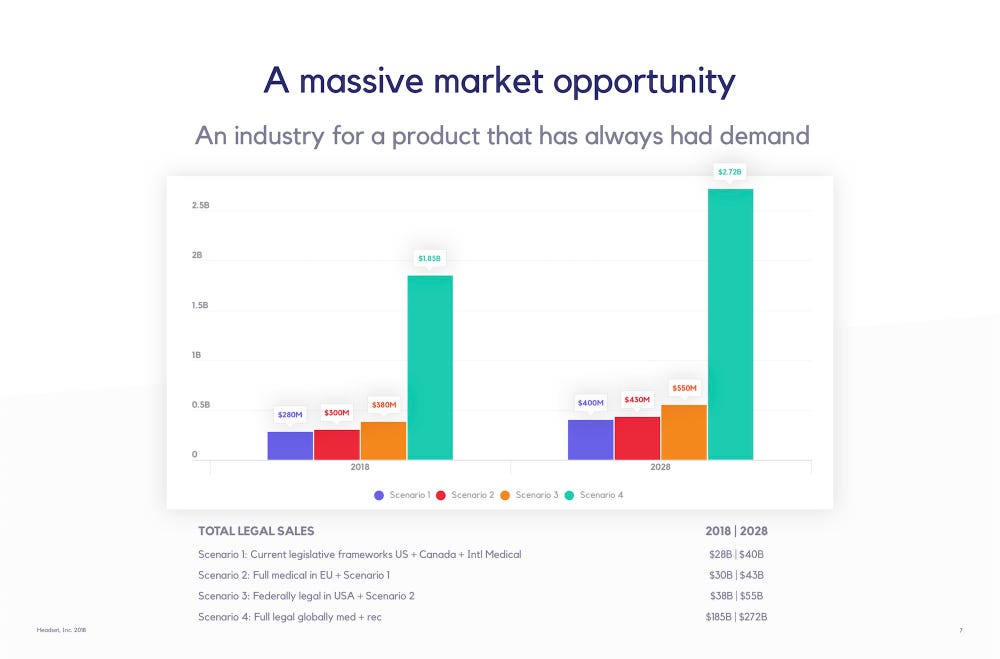 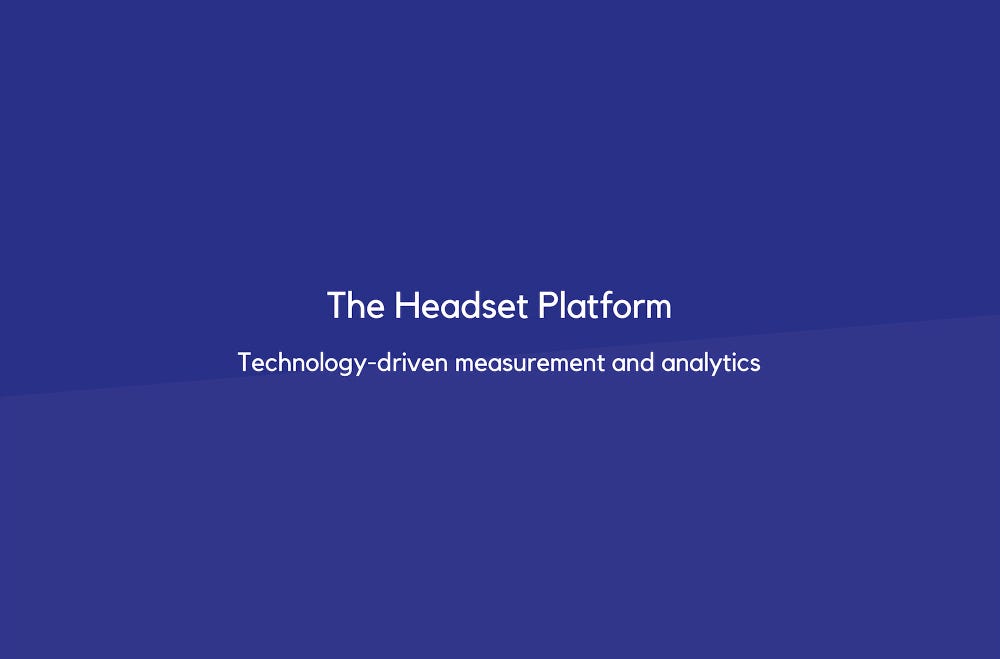 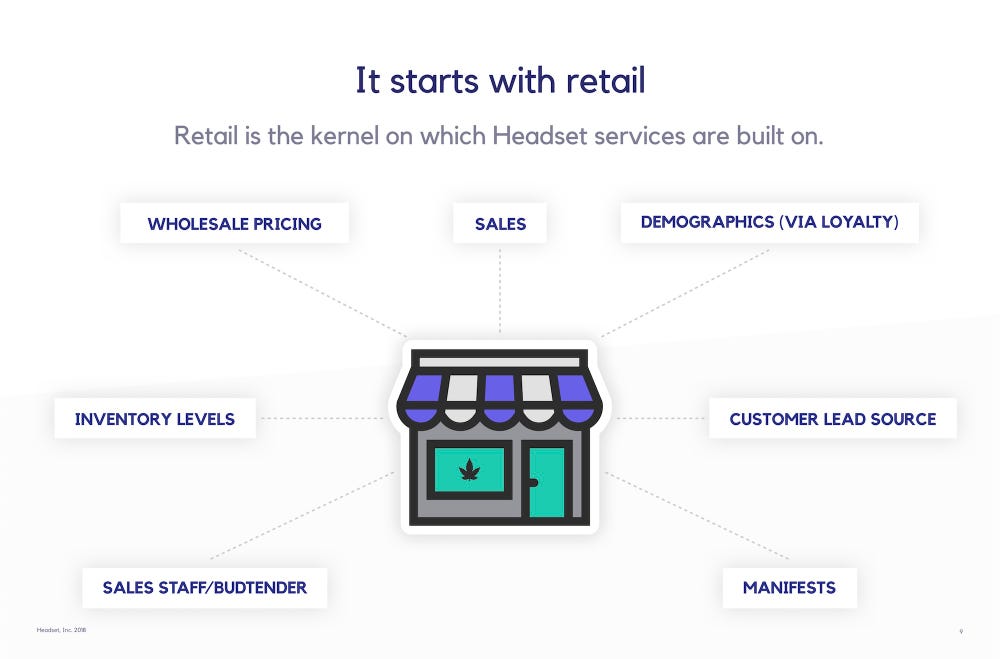 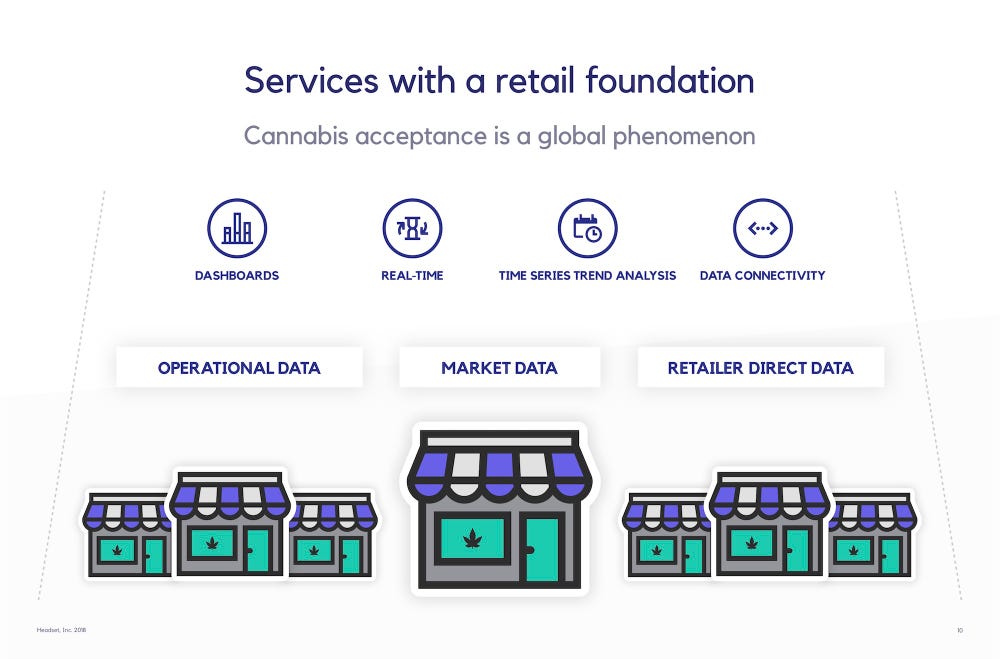 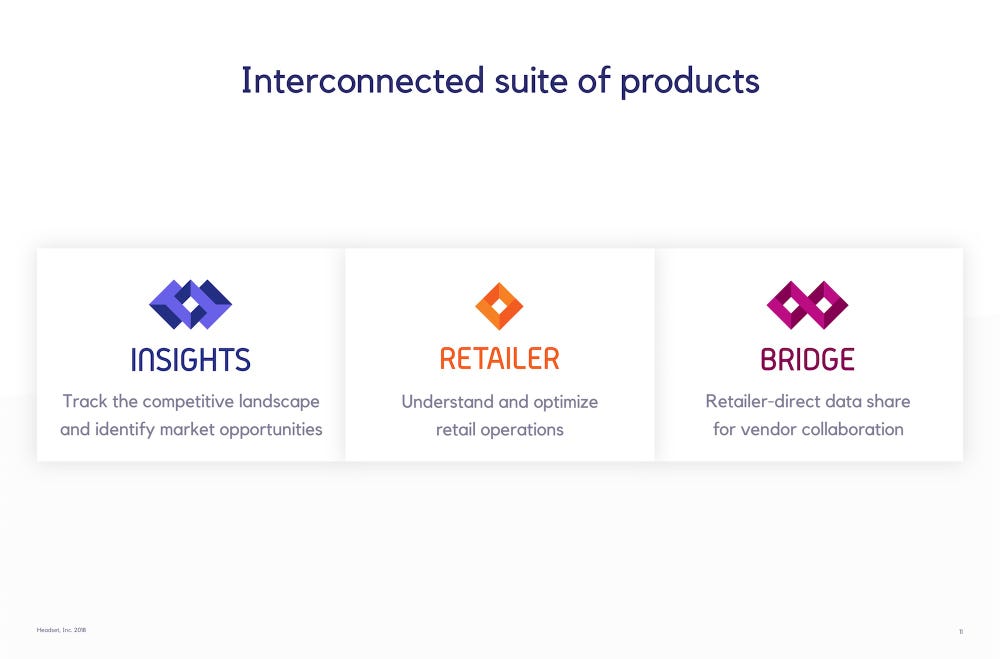 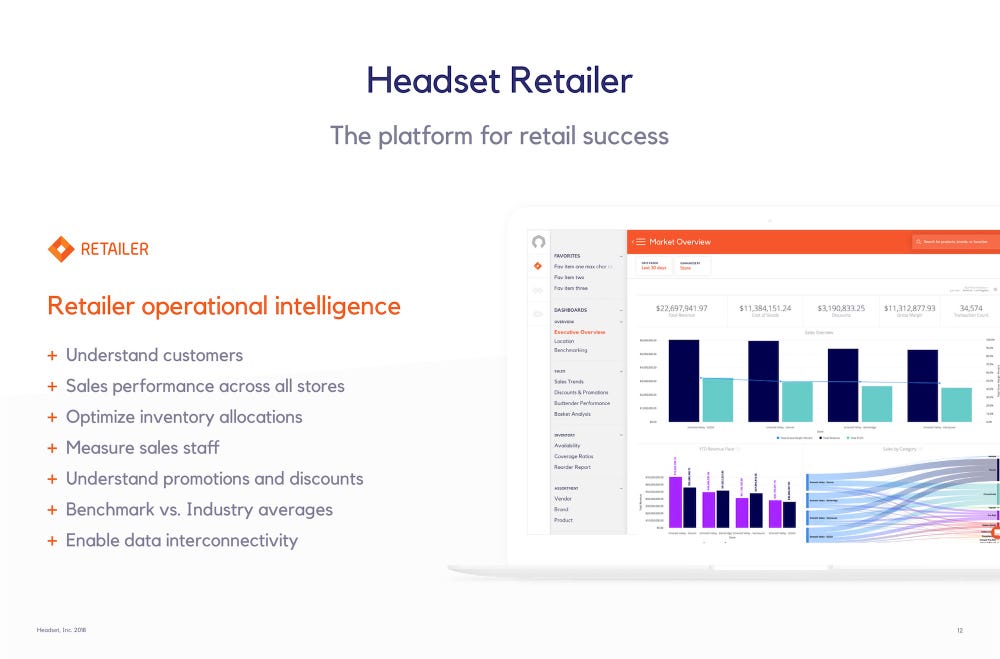 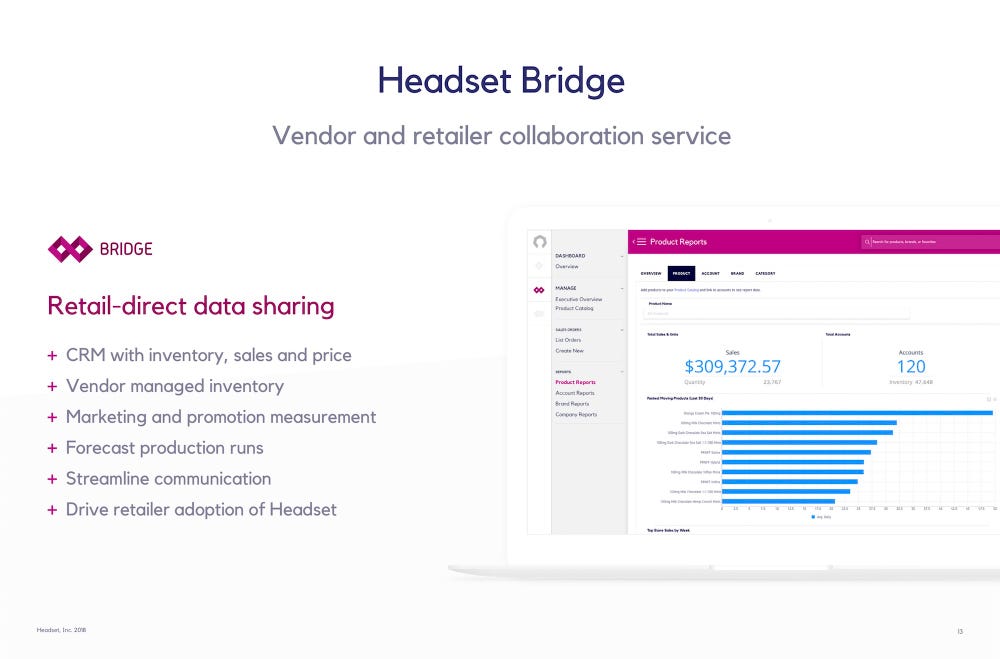 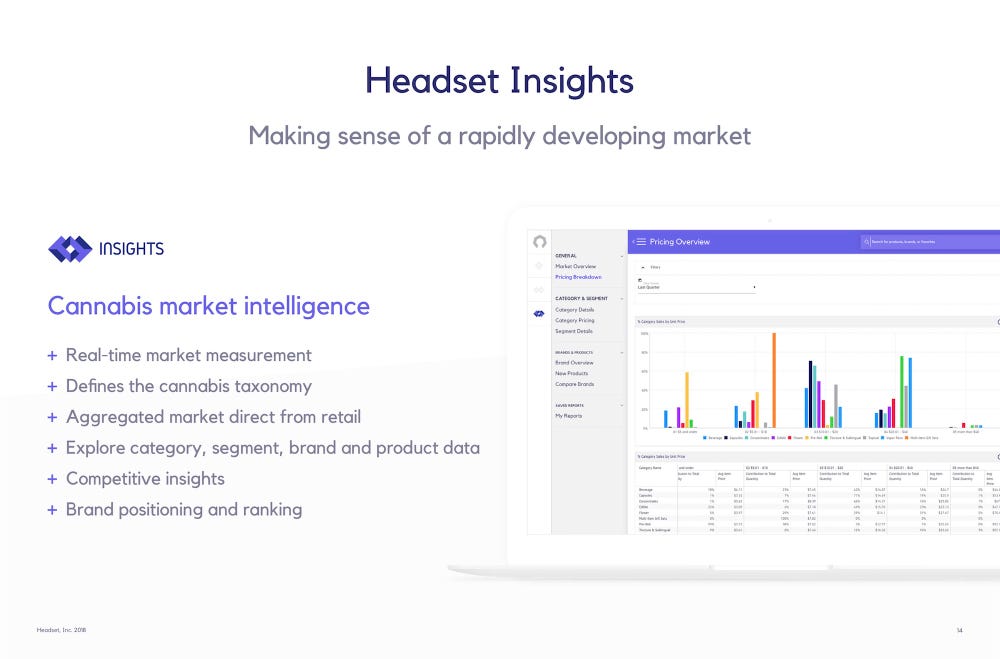 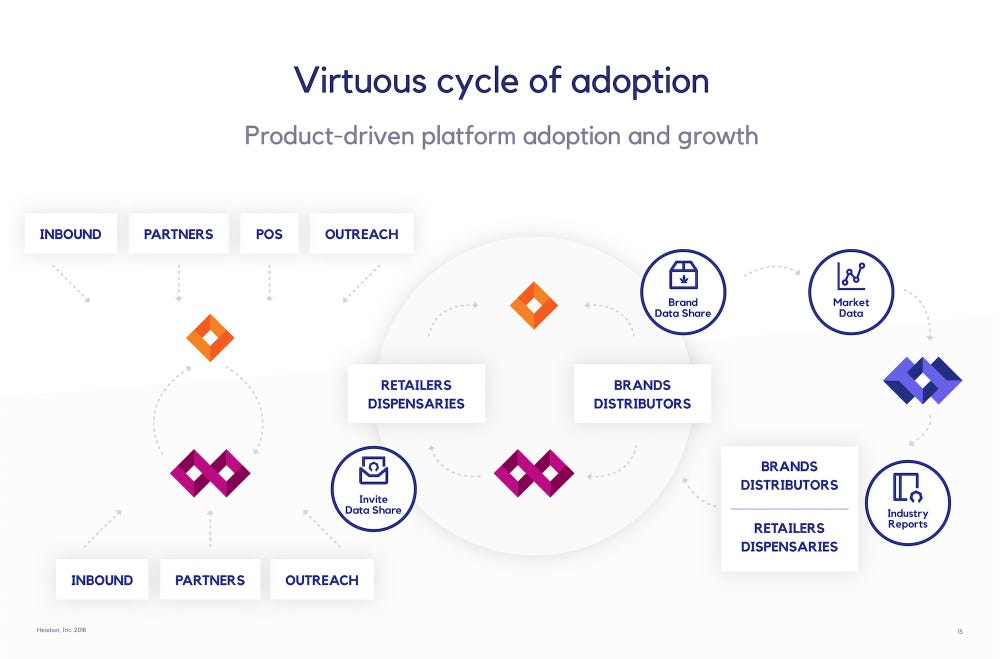 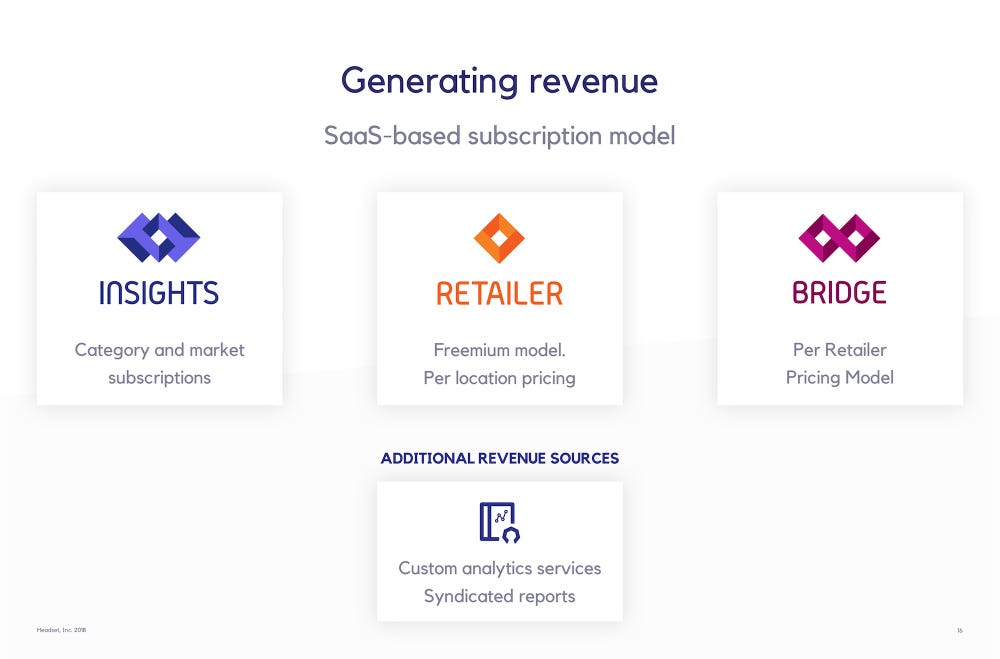 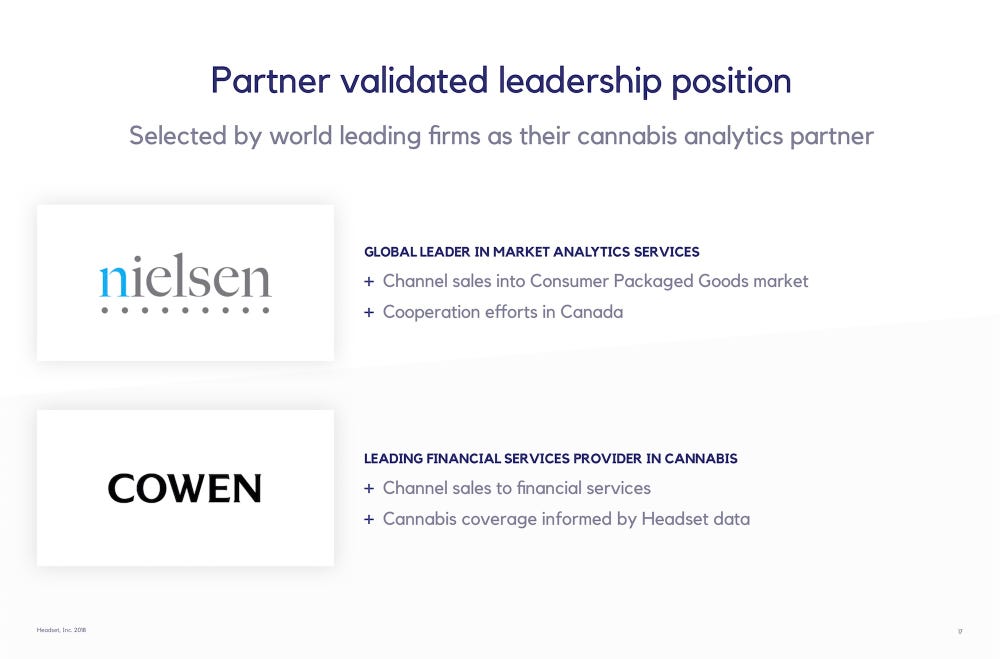 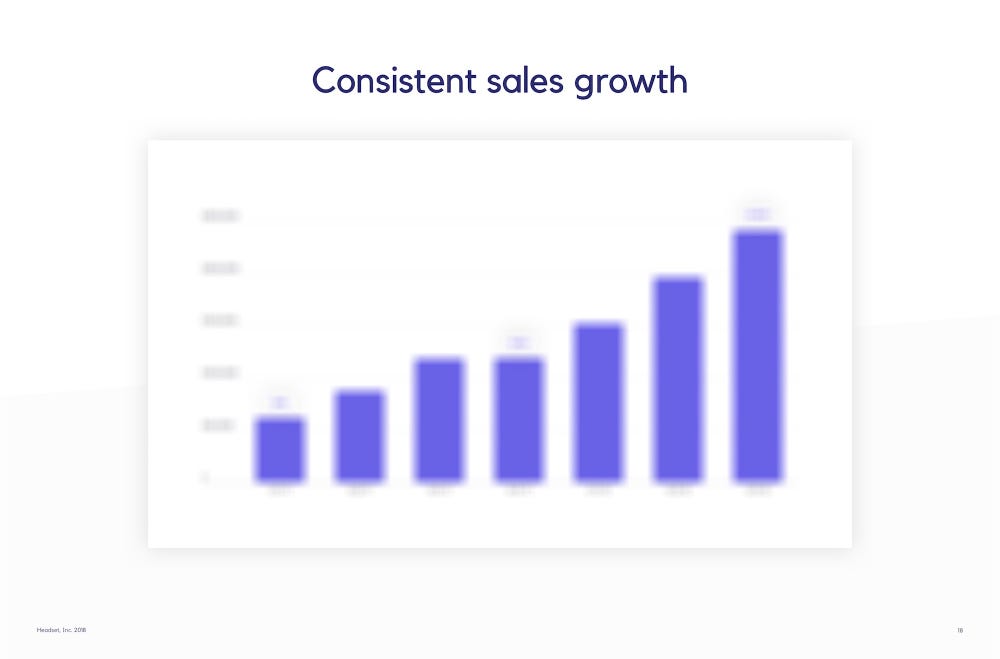 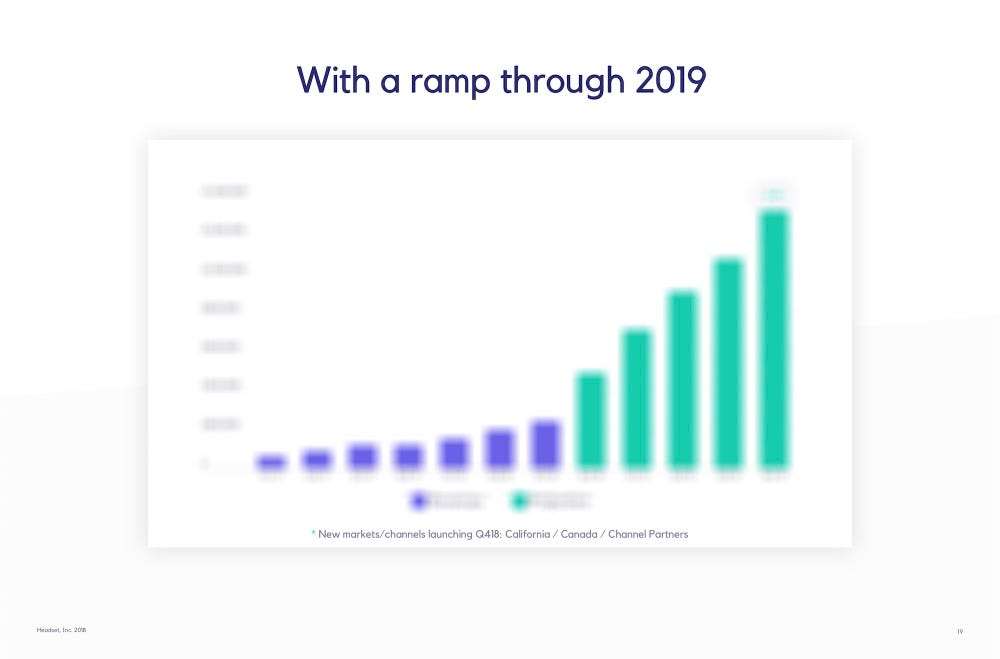 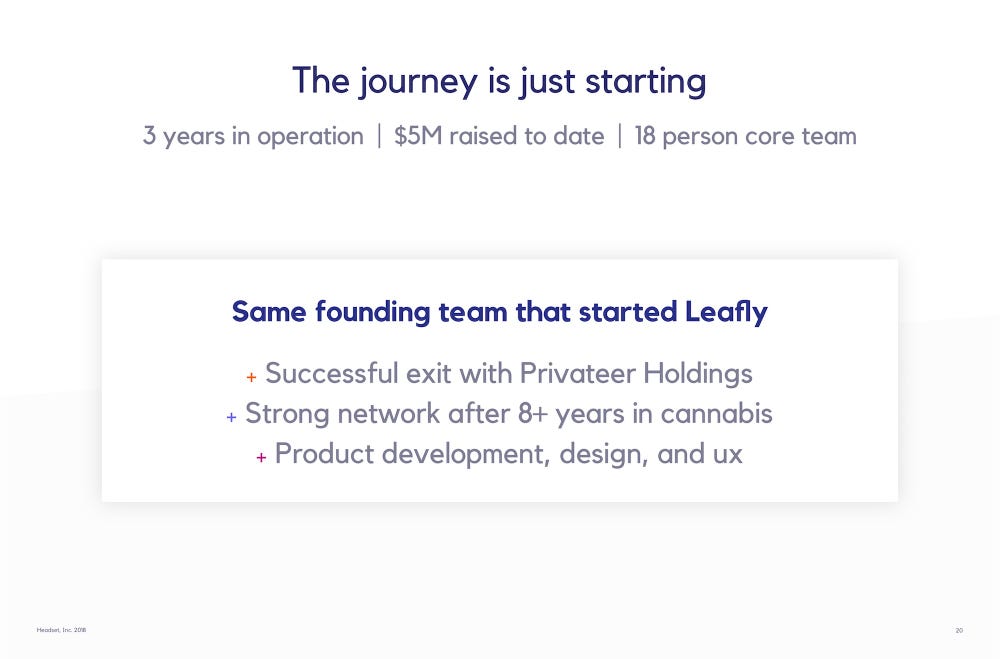 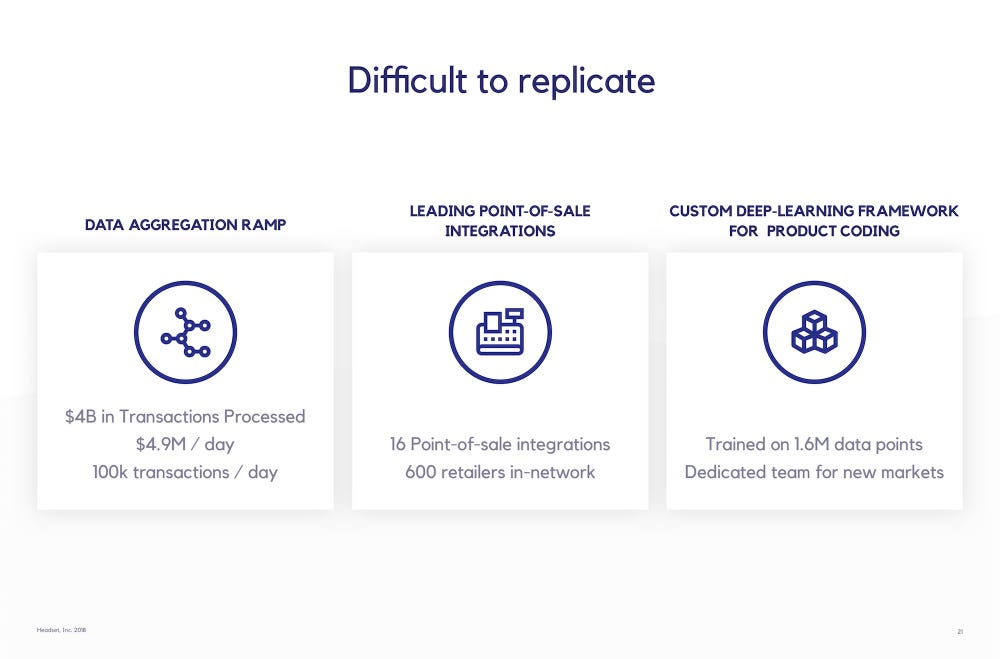 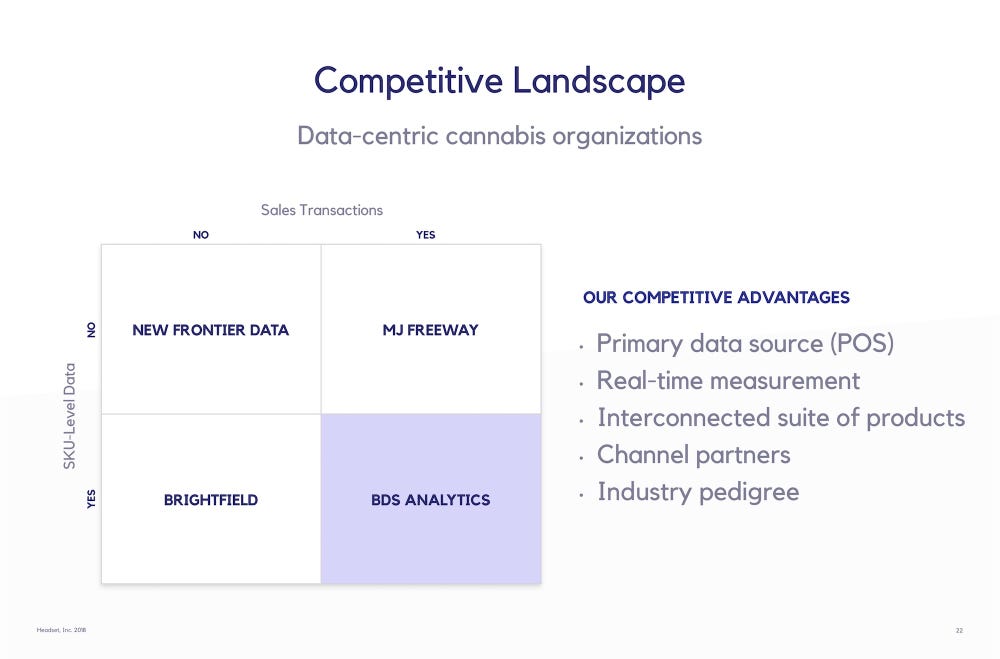 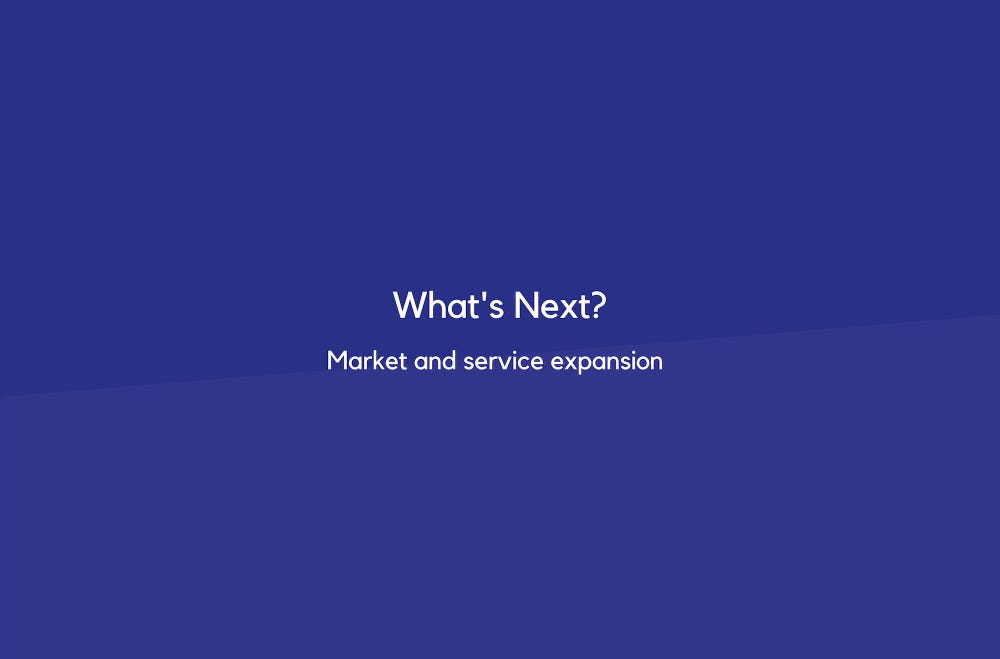 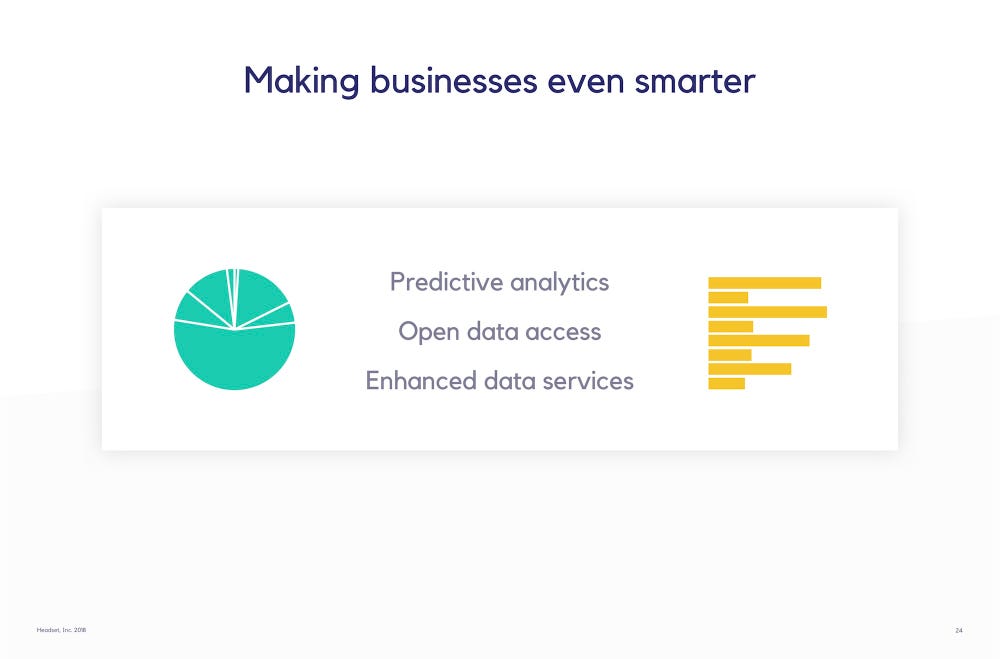 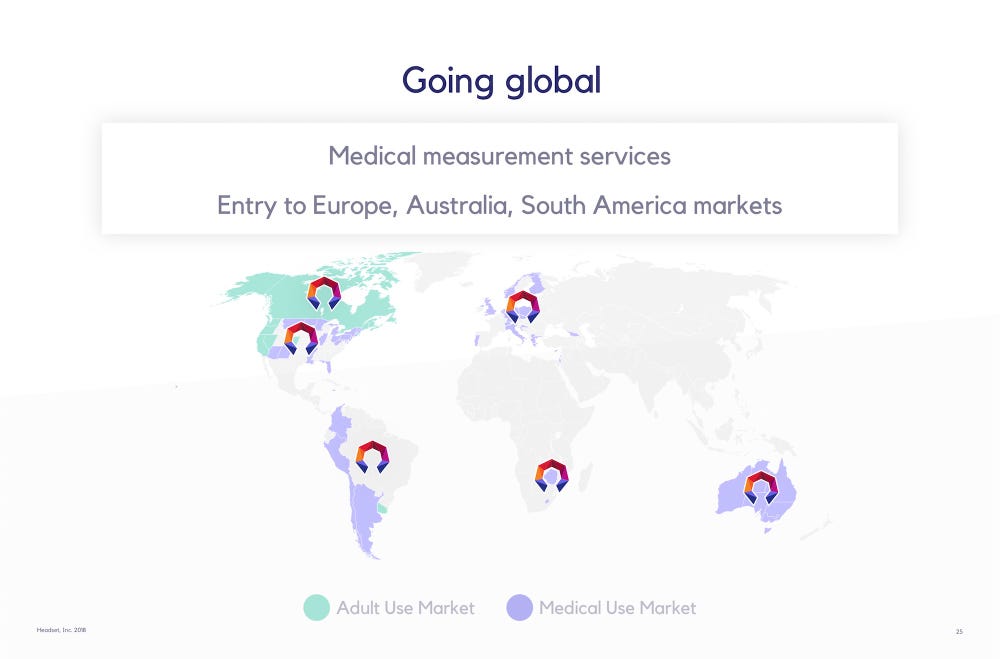 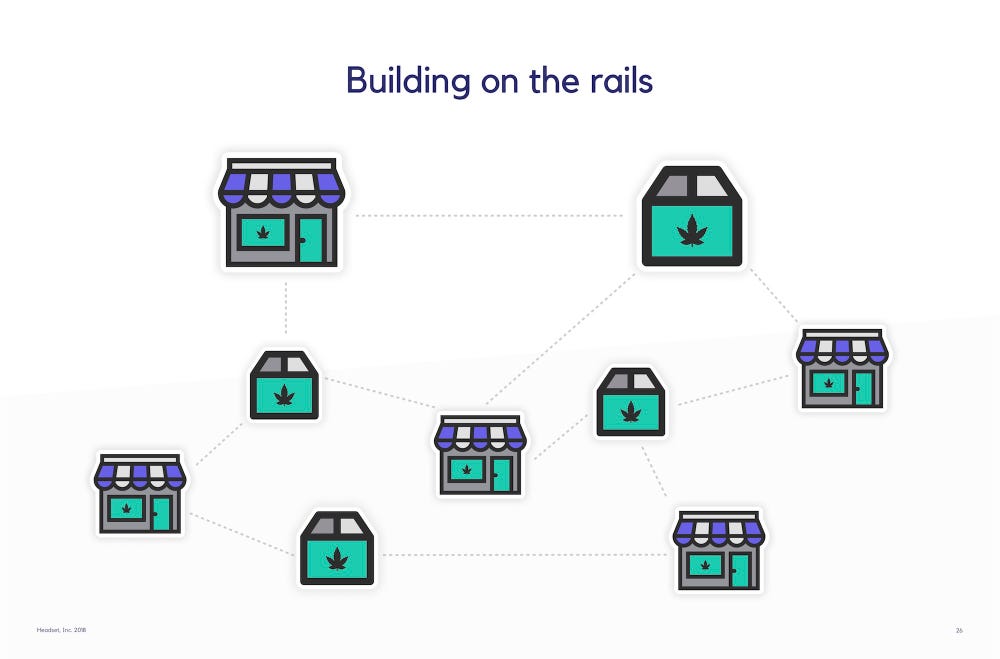 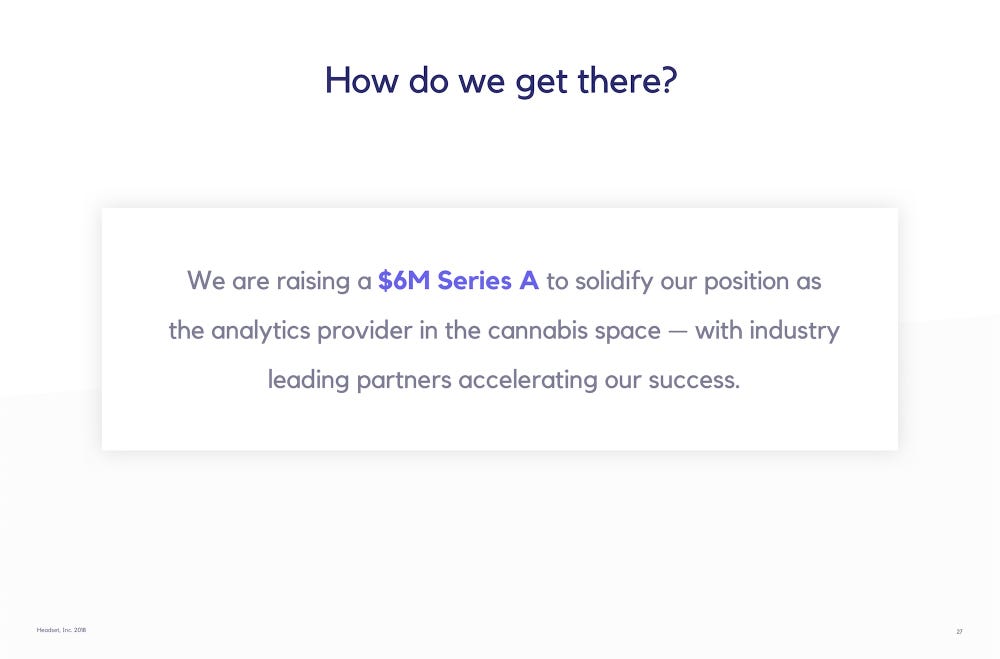 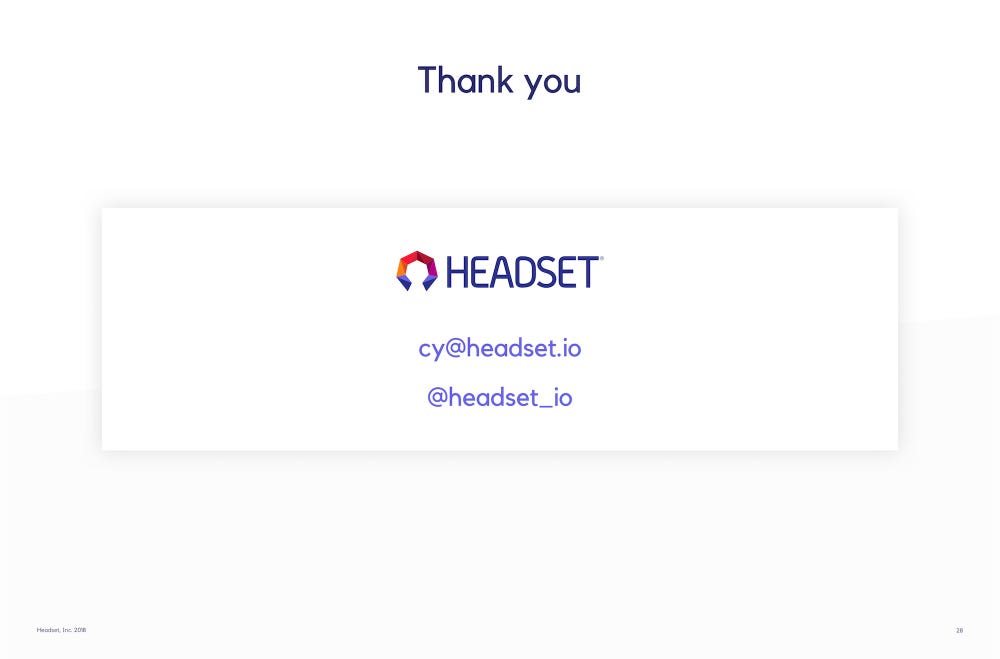