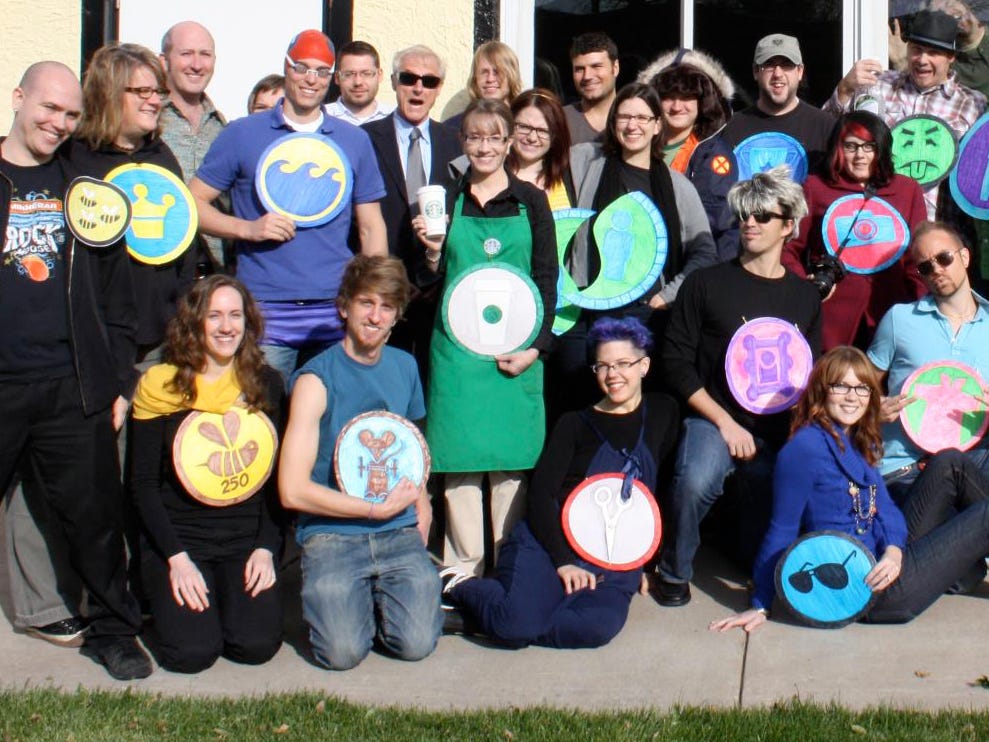 When Foursquare launched, it quickly became one of the biggest, buzziest startups.

The company, which started as a a location-based check-in game for users, has gone on to raise over $240 million from investors, including from prominent venture capital firms Andreessen Horowitz and Spark Capital.

What did Foursquare look like before it raised any money at all?

According to the company’s earliest investor pitch deck, which cofounder Dennis Crowley sent to Business Insider back in 2011, the app was a self-proclaimed “part friend-finder, part social city-guide, part social-game.”

“Decks don’t have to be super formal,” Crowley told Business Insider back then. “It’s okay to stray from the ‘business school 10-slide pitch deck template.”

A version of this story was first published in 2011. 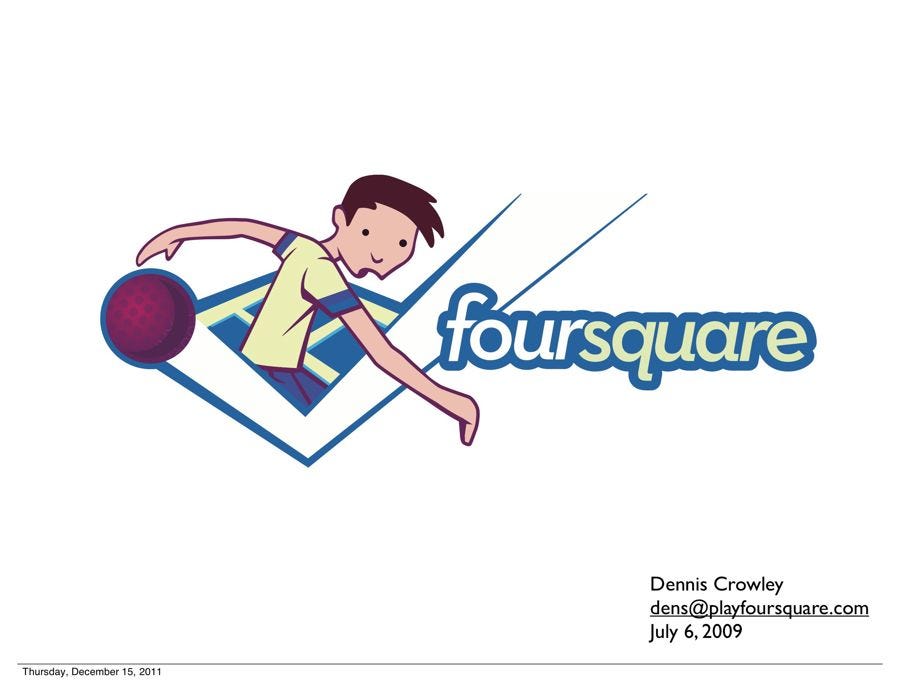 Foursquare's initial logo looked a lot different than the pink logo it has now. 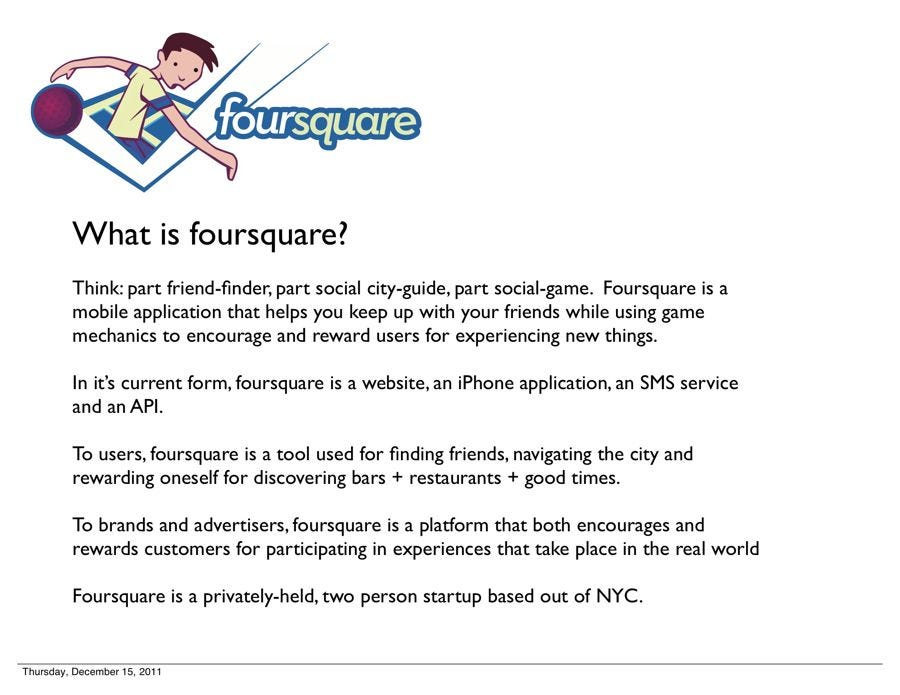 Cofounder Dennis Crowley's deck opened with a vision slide about what he was building. He described Foursquare then as "part friend-finder, part social city-guide, part social-game." 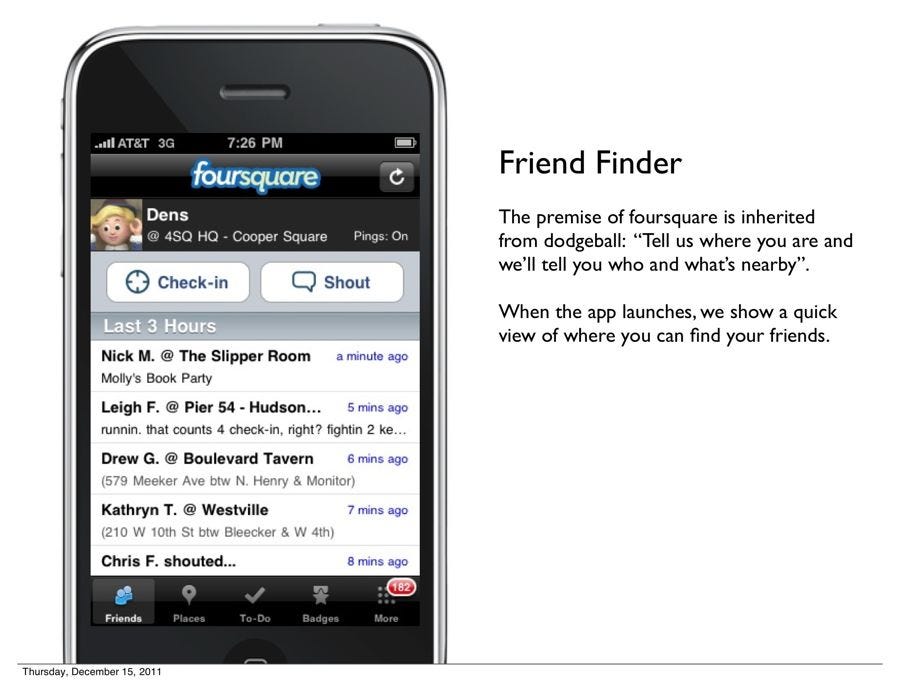 Foursquare was thinking about mobile apps before mobile apps were really a thing. iPhones back in 2009 were a lot different than today. 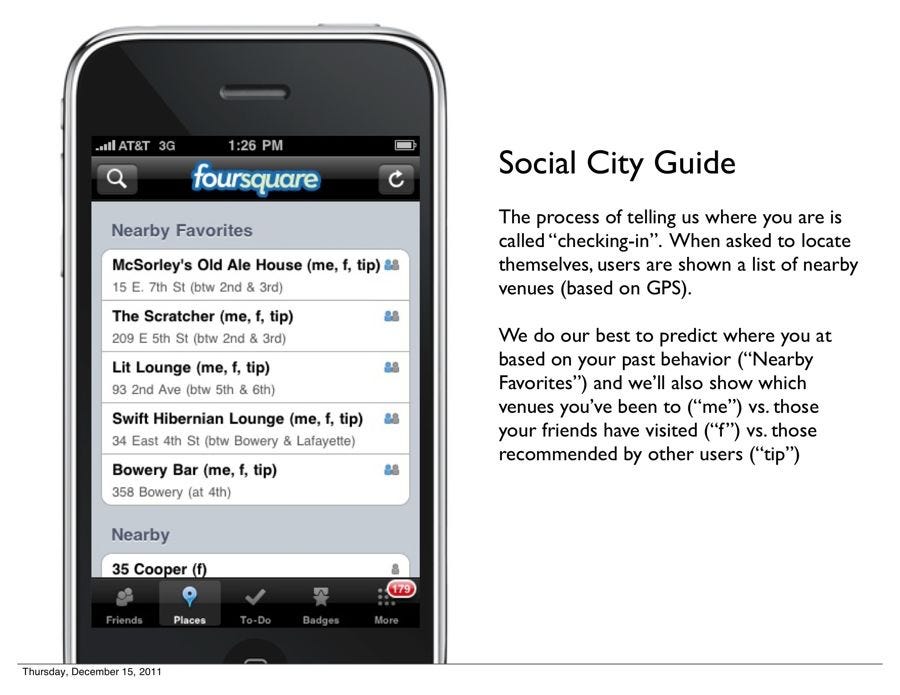 Crowley described his vision for "checking-in" to a location. This was a brand new concept then that has since been adapted by other social companies including Facebook. 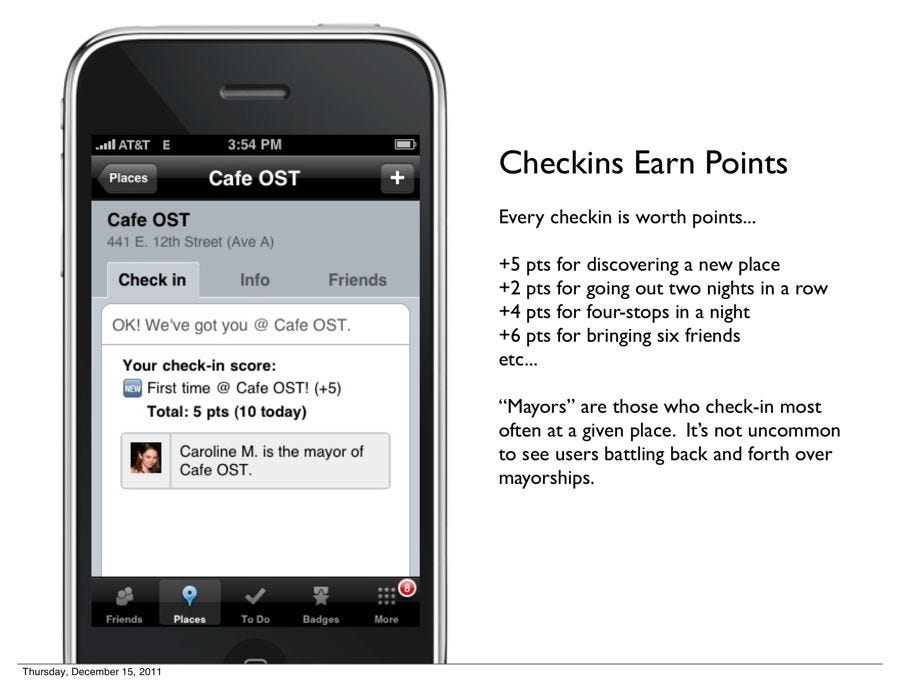 The check-in Crowley was building would be gamified to get users hooked. 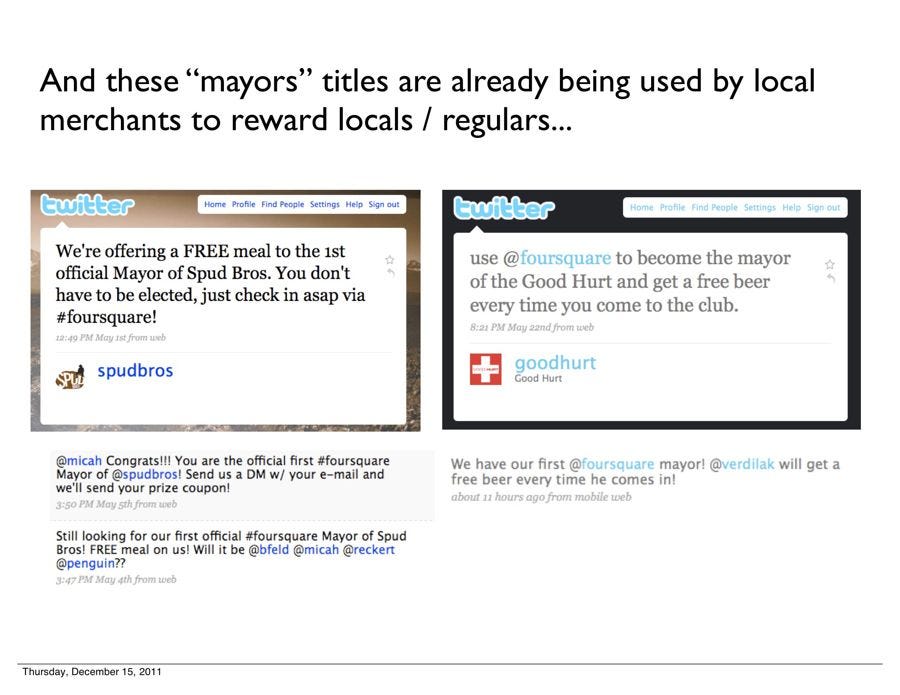 "Mayors" were also a new concept Crowley introduced in the pitch deck. A mayor — someone with the most check-ins at a location — would be something for users to strive for to keep them hooked and engaged. 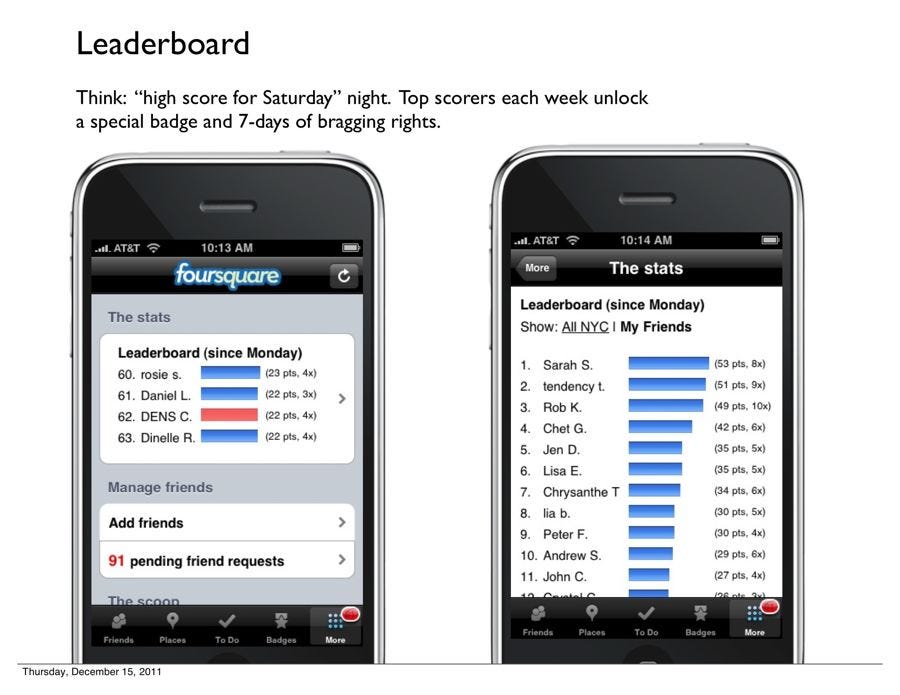 Crowley's initial pitch deck had a lot of ways to make his app "sticky" for users, including a leaderboard where users could see how they ranked and unlock digital badges for accomplishments on the app. 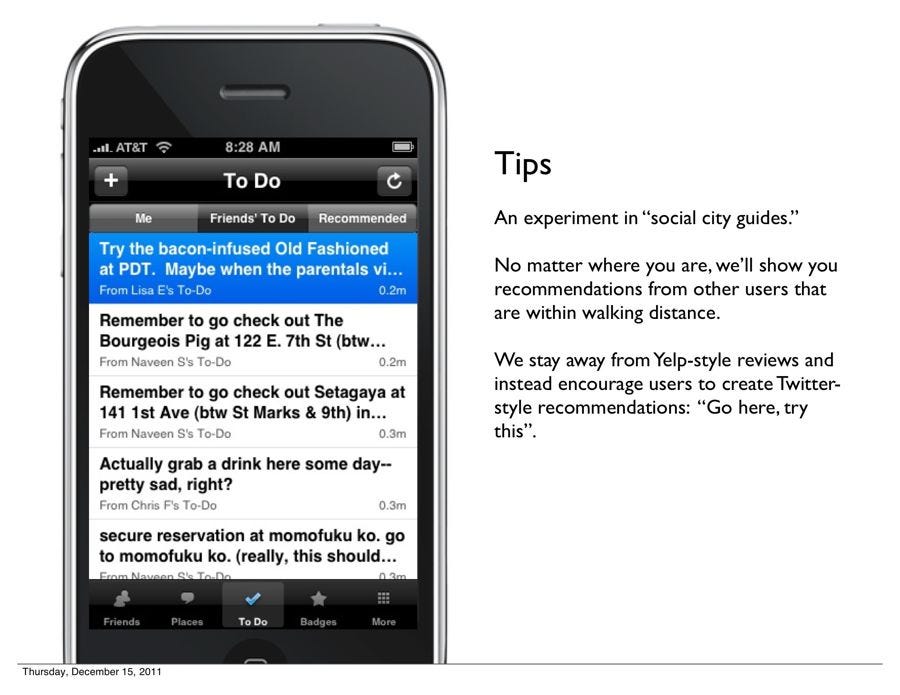 Like Yelp, Foursquare would also provide helpful tips for users as they explored their cities. 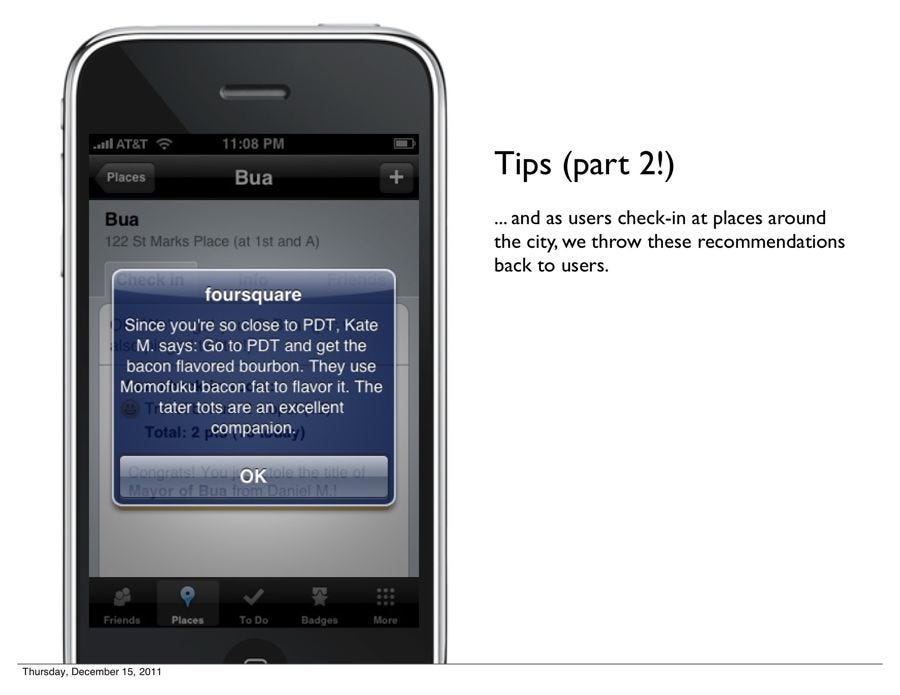 Tips would also be part of a recommendation engine on the app. 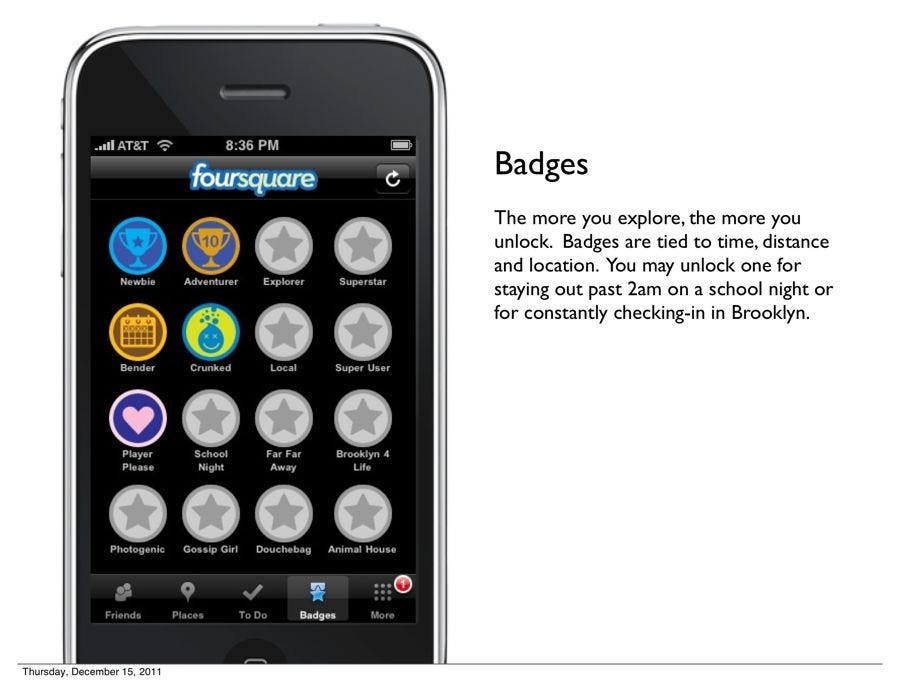 The badges don't look so dissimilar from Snapchat's "trophy case" for users now. 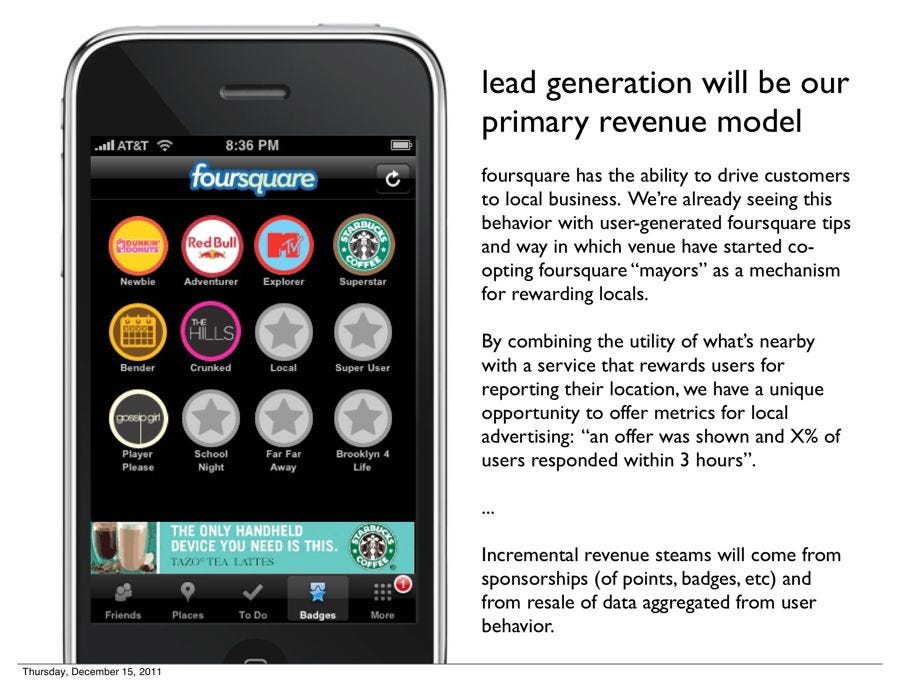 Crowley thought Foursquare would generate most of its revenue from lead generation. It turns out most of their revenue is generated through enterprise deals and its powerful location data. 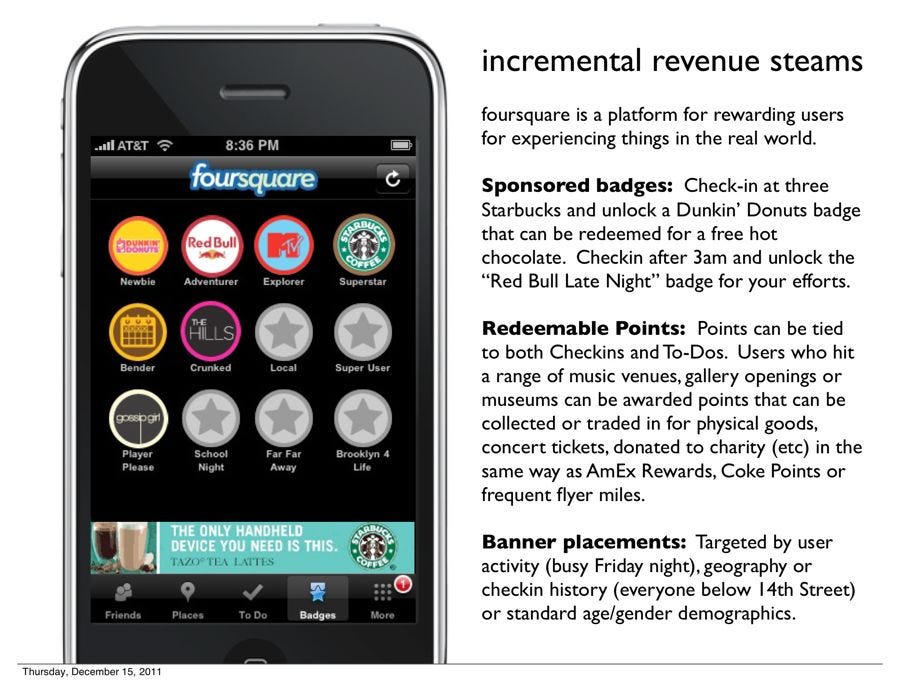 Virtual payments could be a second revenue stream for the company, Crowley thought back then. 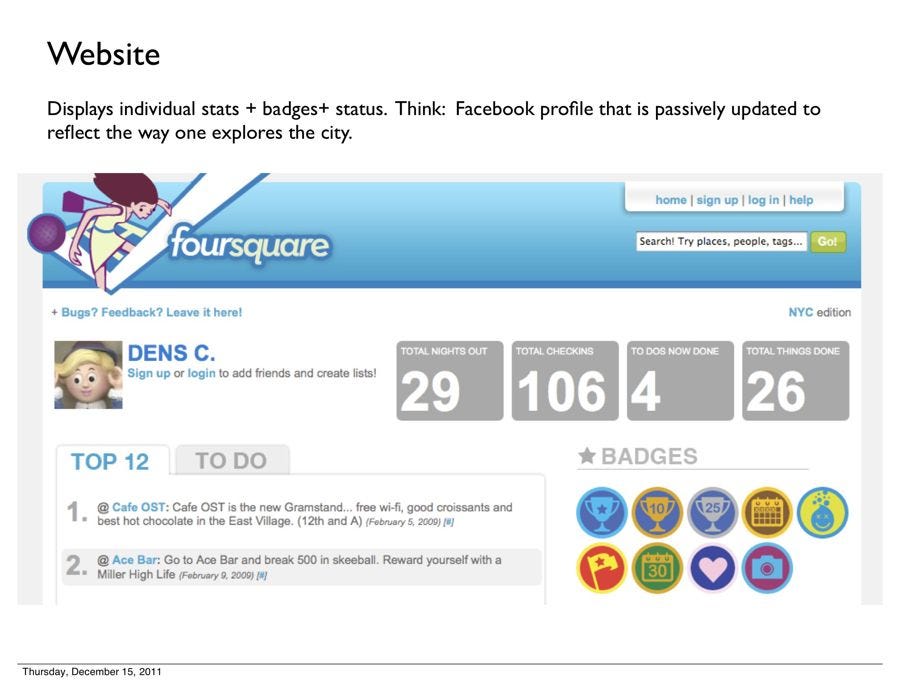 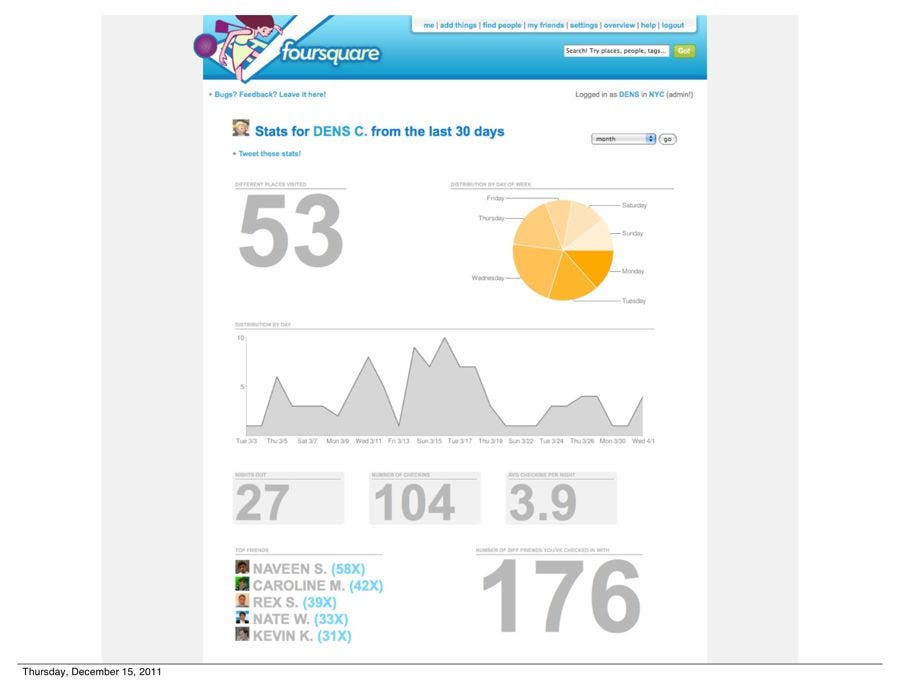 Even then, Foursquare was a data-focused company. 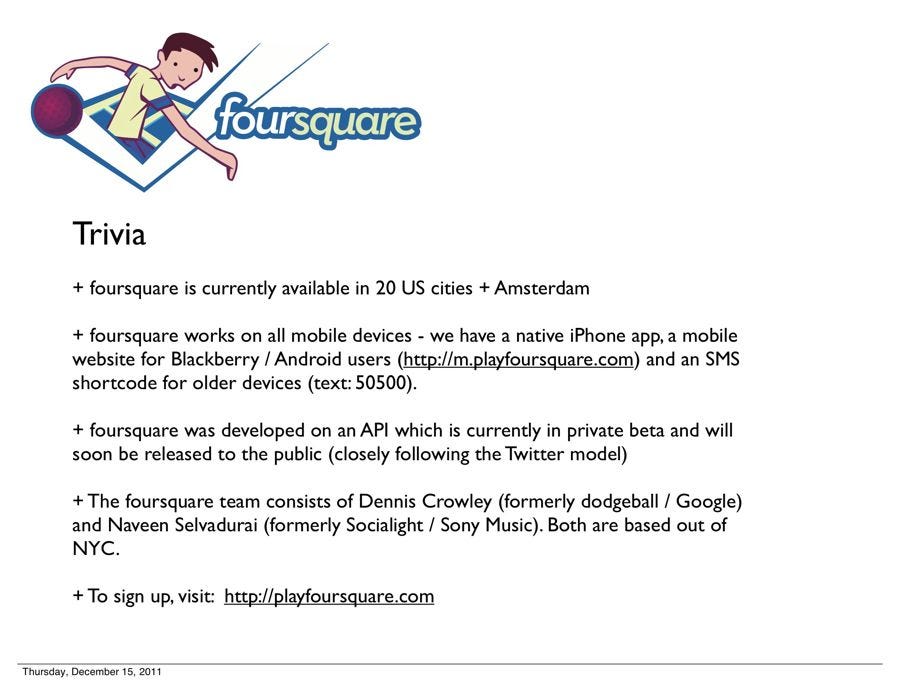 Foursquare quickly rolled out in 20 US cities with its sights set on many more. Venture capitalists were intrigued, and thanks to Crowley's vision and attention to engagement opportunities, the company soon became one of the hottest startup investments of its time. 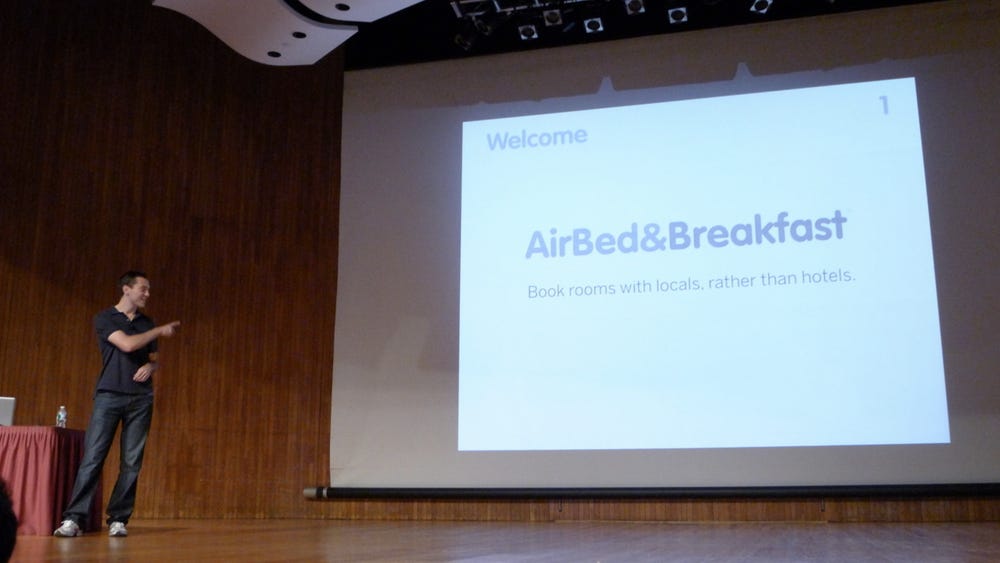 For another original pitch deck check out: