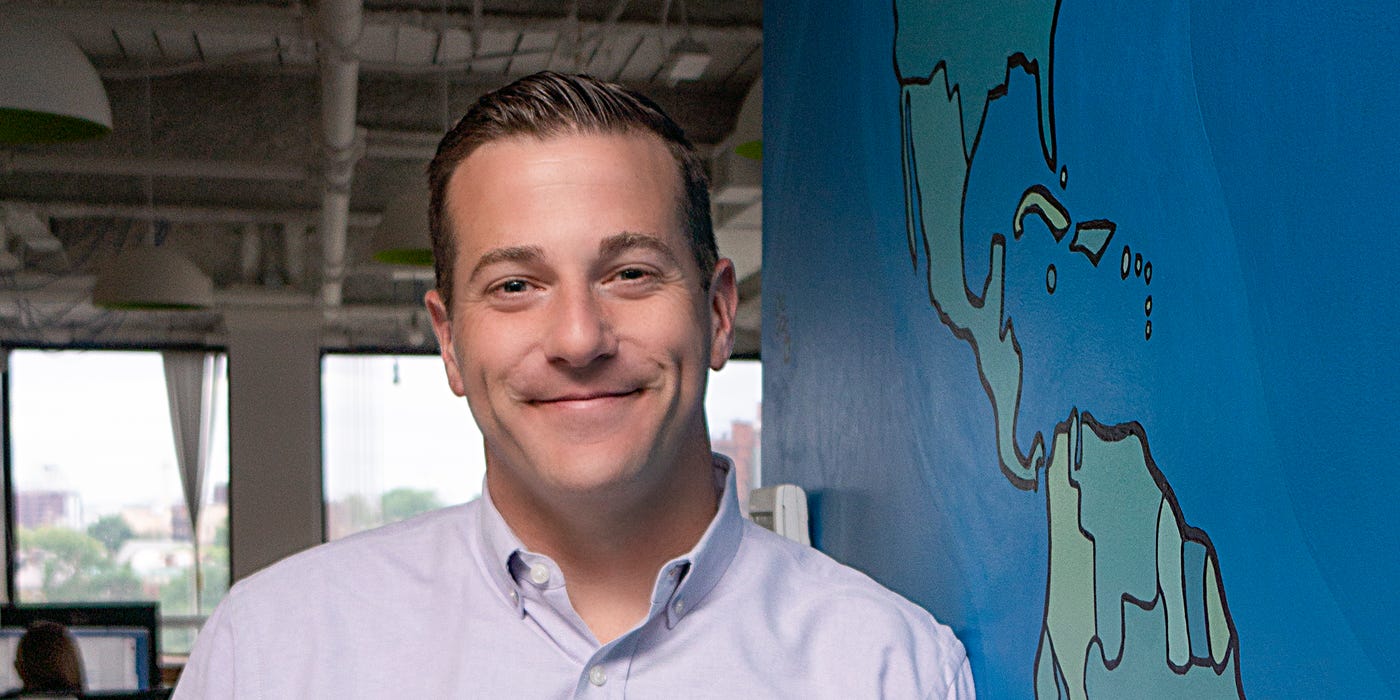 Mike Massaro, CEO of Boston-based payments company Flywire, has a slide in the pitch deck he shows to potential investors with the title “Why you shouldn’t invest in us.”

“When speaking with investors back in 2015 we didn’t want to waste their time or ours,” Massaro told Business Insider in an interview. “The best way to achieve this was to do something totally counterintuitive. While some may see this as risky, I think quite the opposite. By being candid with investors from the outset we have been able to find the right strategic investment.”

Massaro says that being clear with investors has helped to assuage many doubts about Flywire’s business. While Massaro declined to give details on the firm’s valuation, data-firm PitchBook has said that the company secured $100 million in funding earlier this year to be valued at approximately $700 million.

“Being very clear and transparent is important to me when dealing with staff and investors,” Massaro said. “It’s why our pitch deck resonates with investors. No one is perfect, but we’re confident about what we do and they appreciate that honesty.”

Founded in 2009 by Spanish entrepreneur Iker Marcaide, Flywire (formerly called peerTransfer) is now run by Massaro, who took over in 2013. The company handles billions in payments each year, having provided software to universities and healthcare providers to aggregate their payments processes.

Where previously a student from overseas would traditionally pay a handling fee as well as potentially poor currency exchange rates, Flywire can leverage the volume of payments it operates to reduce those fees.

Below is the 2015 version of the slide which was used to raise $22 million in Series C capital from Spark Capital, QED Investors, Maveron, JME Ventures, Bain Capital Ventures, and Accel: 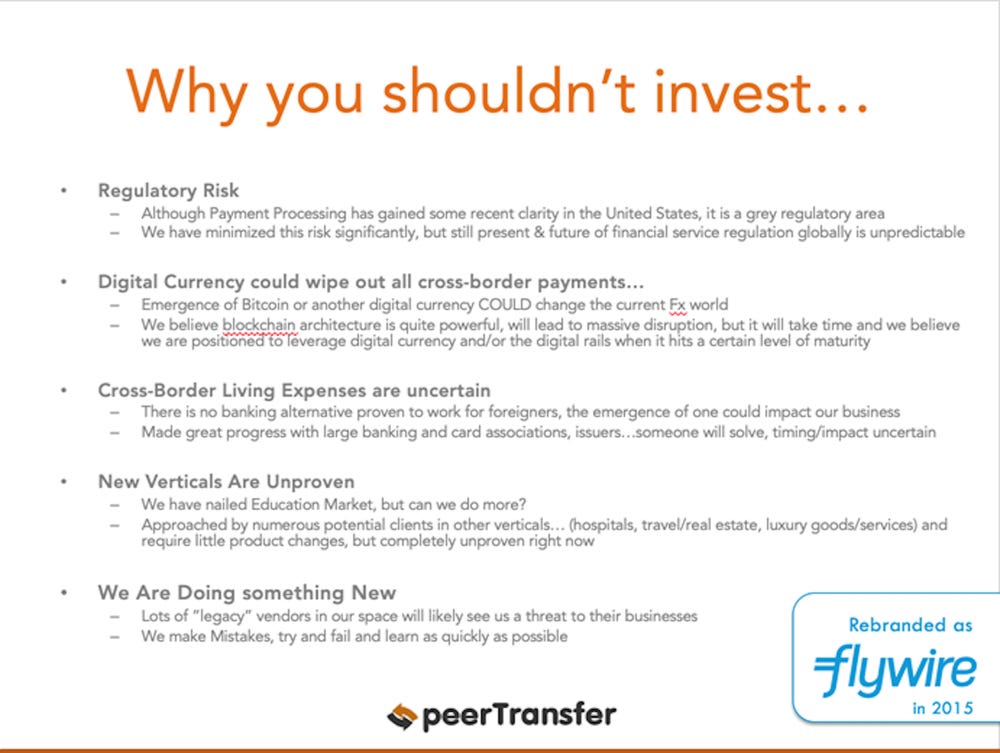