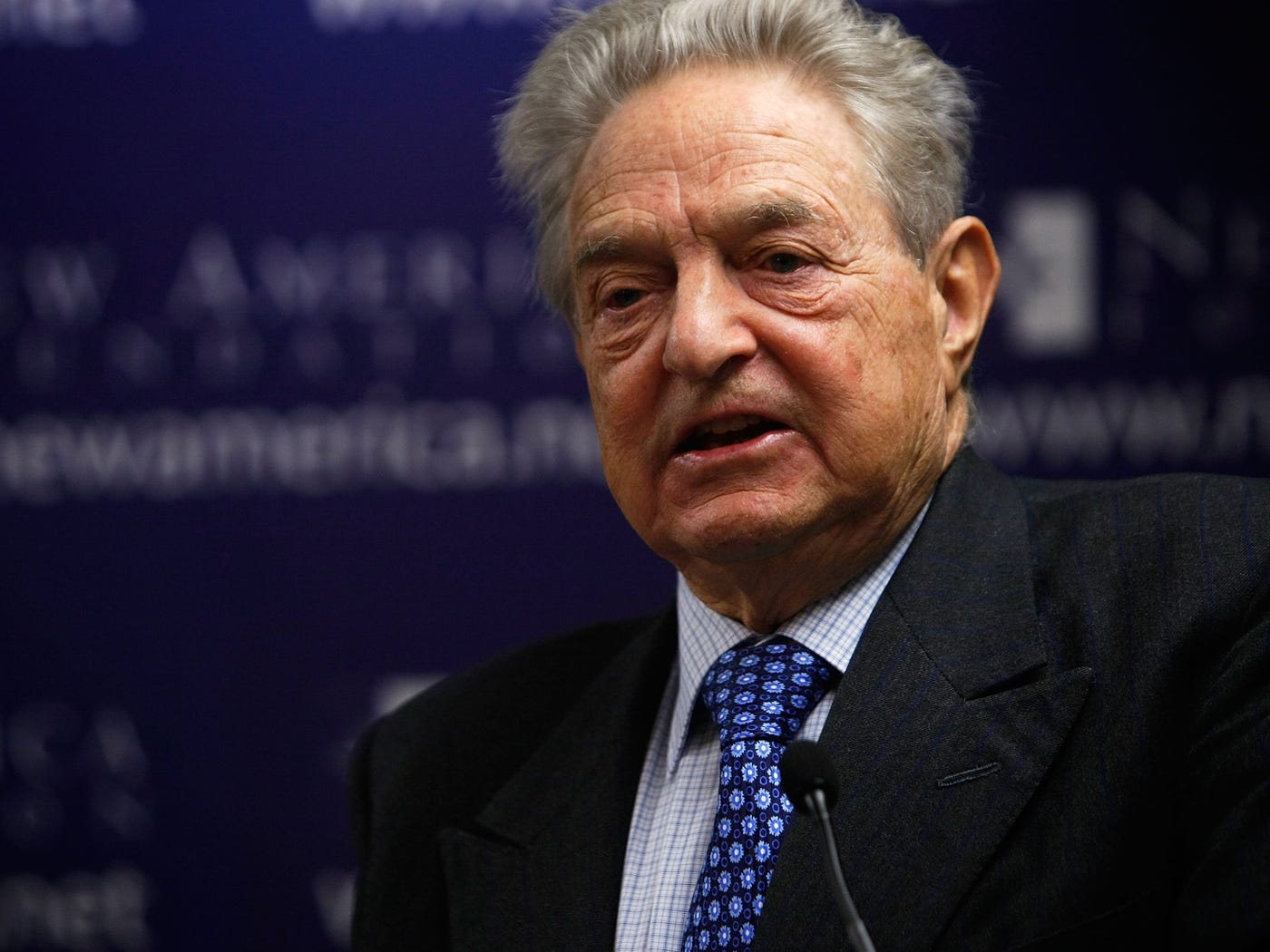 Fintechs have had a relatively easy time raising money thanks to a slew of eager investors with cash to spend. But the most recent round raised by Perry Rahbar for his fintech dv01 might take the cake.

The former mortgage-bond trader closed a $15 million Series B in January for his startup, which serves as a hub and offers analysis for consumer-loan and mortgage data for investors — and the process was seemingly finished before it even began.

After completing the pitch deck over the summer in 2018, Rahbar initially circulated it among current backers to let them know the startup would be raising another round and show the direction it was looking to go. Pivot Investment Partners, a growth-equity-investment firm that had already invested a small amount in the Series A, jumped at the opportunity to lead the round.

The Alabama-based Regions Financial was the sole new investor in the round.

“It was the easiest fundraising process I’ve had since I started the company,” Rahbar said. “Thinking back to it, we’re really lucky.”

Raising money for dv01 hasn’t always been that easy. The startup operates in the complicated world that is securitization, or the process of combining debt into packages that can be sold as financial products to investors.

dv01 serves as a digital hub for the data of the underlying loans by cleaning, organizing, and analyzing it. With an initial focus on online consumer loans that originated from the likes of LendingClub and Prosper, dv01 then looked to expand into mortgages.

While convincing investors of the need for better oversight of the new world of online lending was fairly straightforward, making the push into traditional mortgages was a bit more complicated, Rahbar said.

“It was tough for them to get an understanding of what the needs were there,” he said. “It was really tough for them to understand why these investors who’ve been in the mortgage market for so many years would all of a sudden need all this new technology.”

The need is certainly there, though, as dv01 now has more than 350 investors on the site that can analyze upward of 300 securitizations. For mortgages in particular, the startup has more than 40. In October, the company celebrated its five-year anniversary.

As for where Rahbar has his sights set next, he said there was one thing he’d prefer not to do.

“I’m really hoping not another round because I know it won’t be as easy,” he said.

Here’s the pitch deck dv01 used for its Series B round. 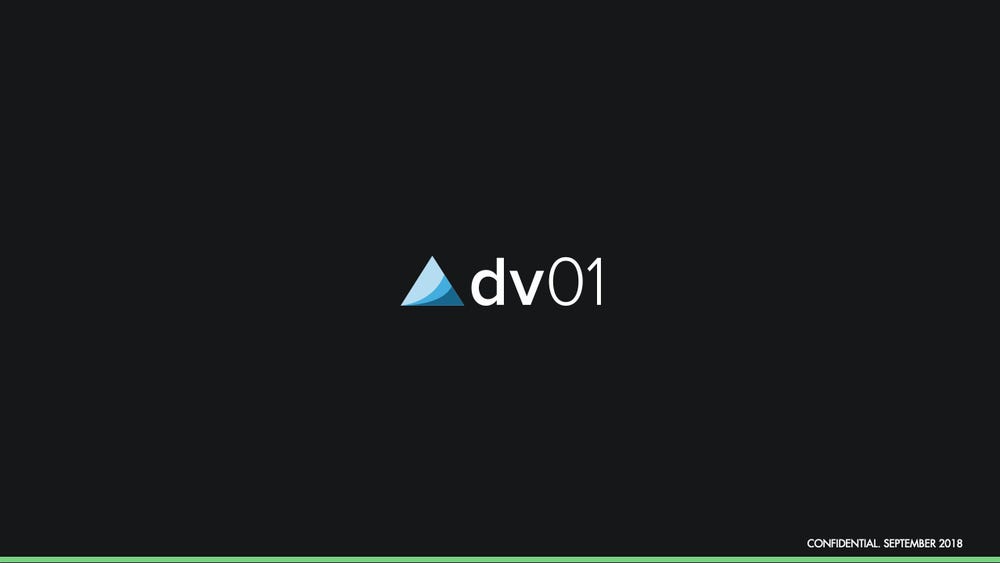 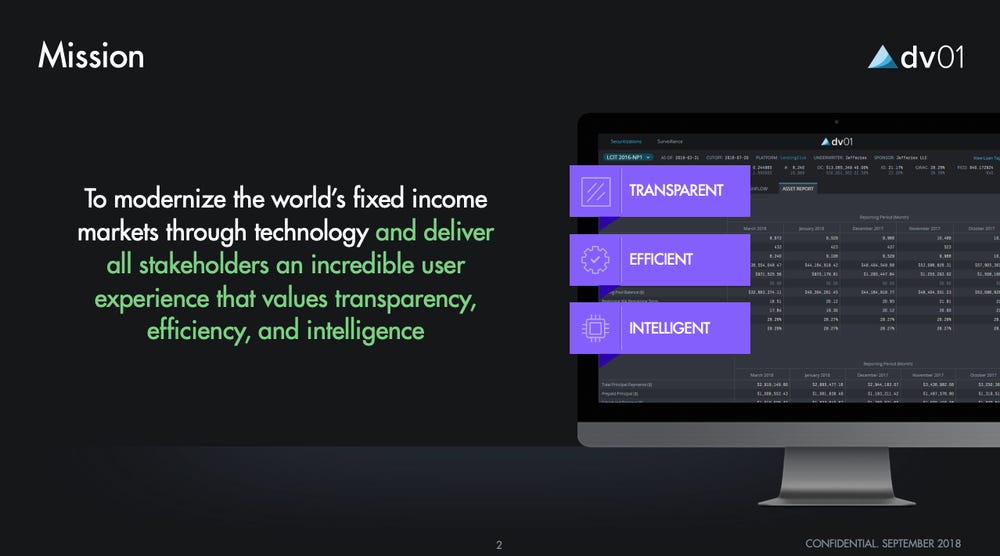 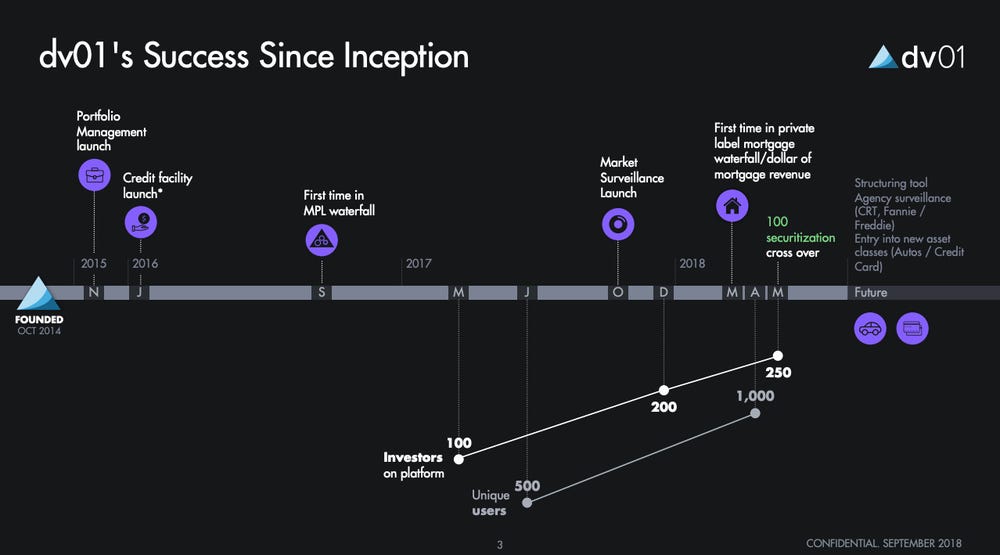 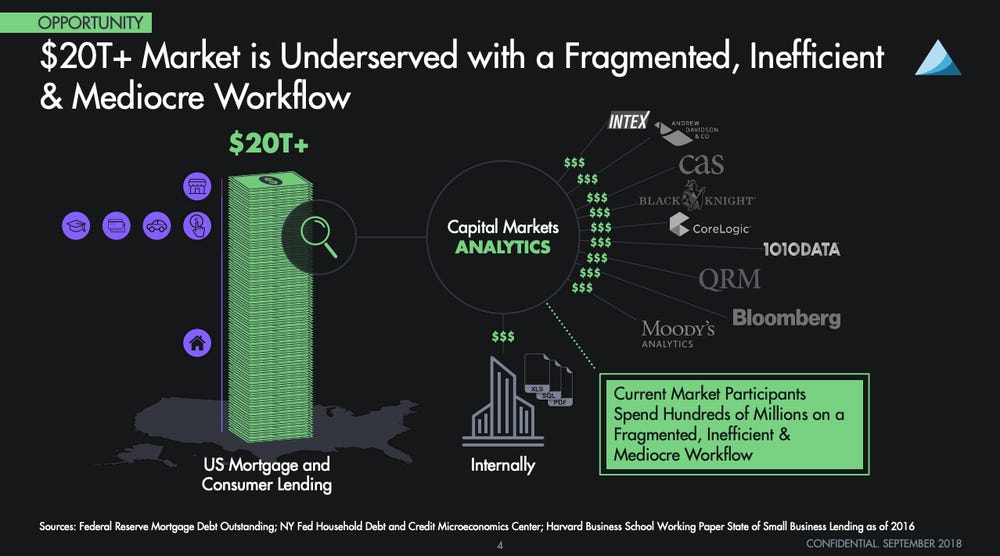 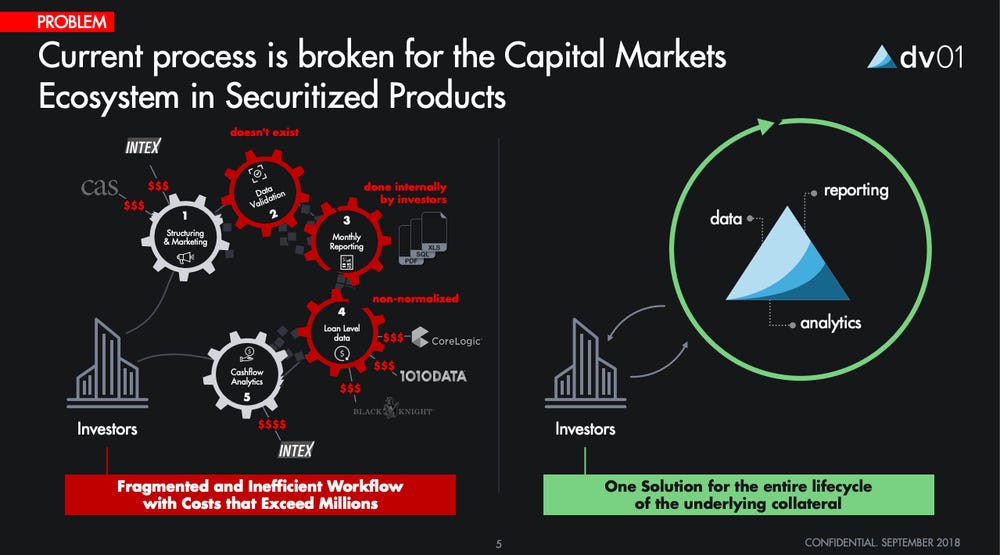 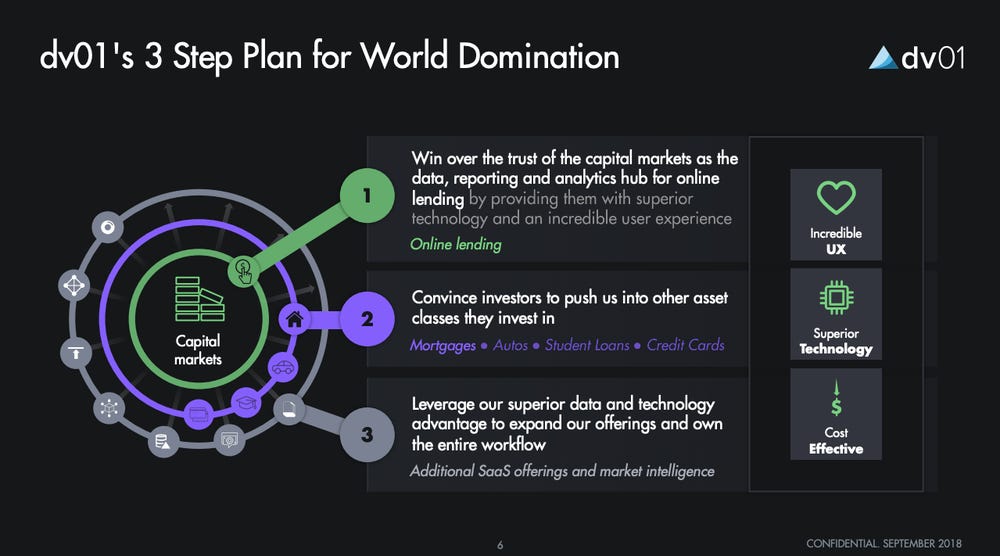 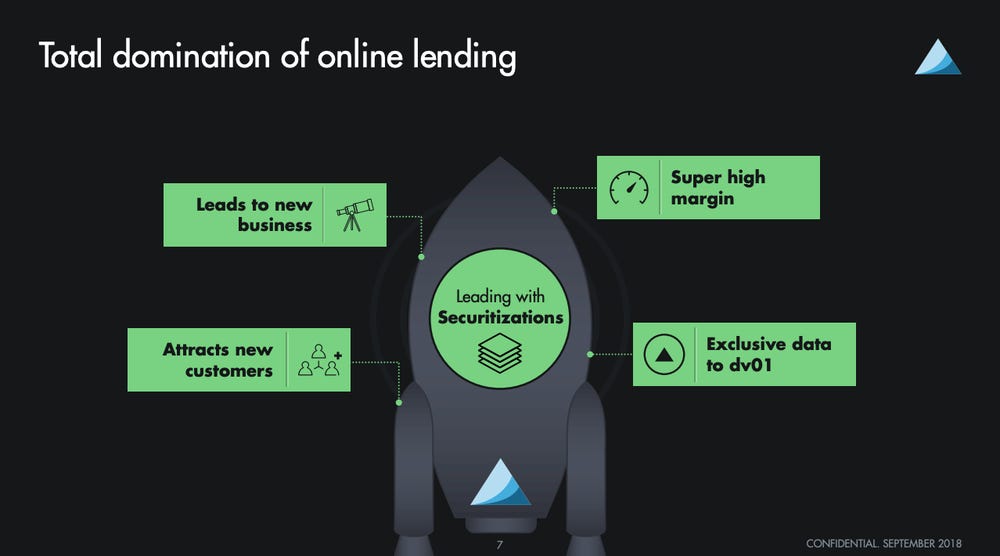 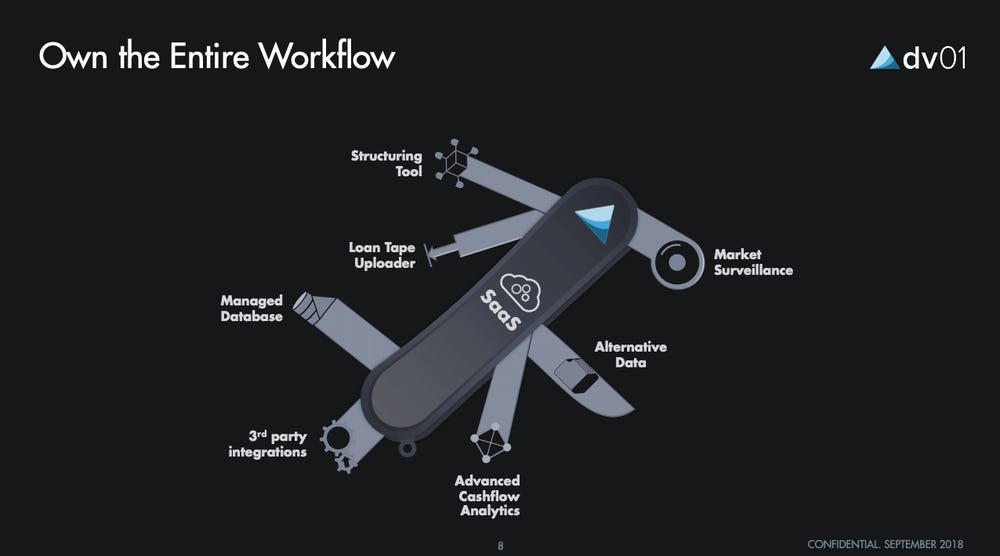 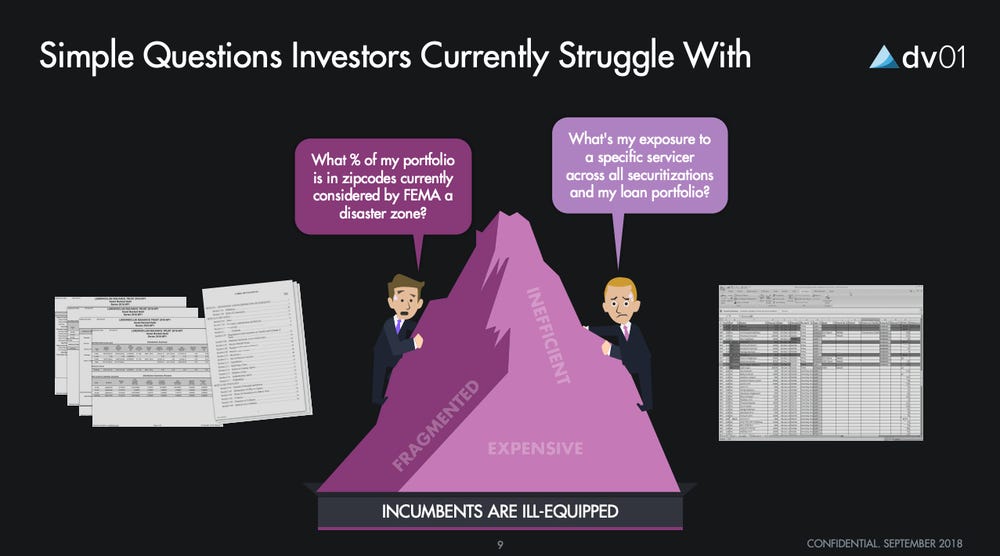 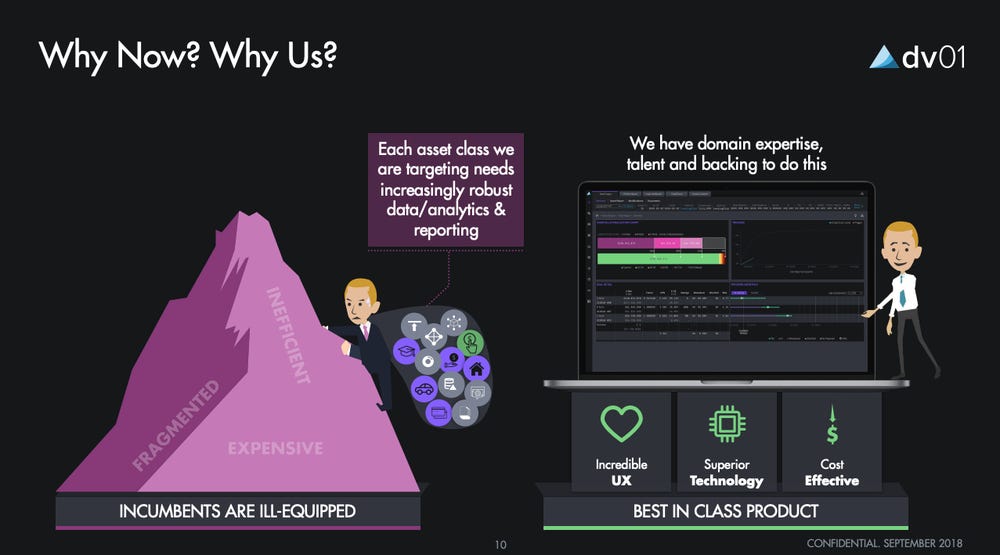 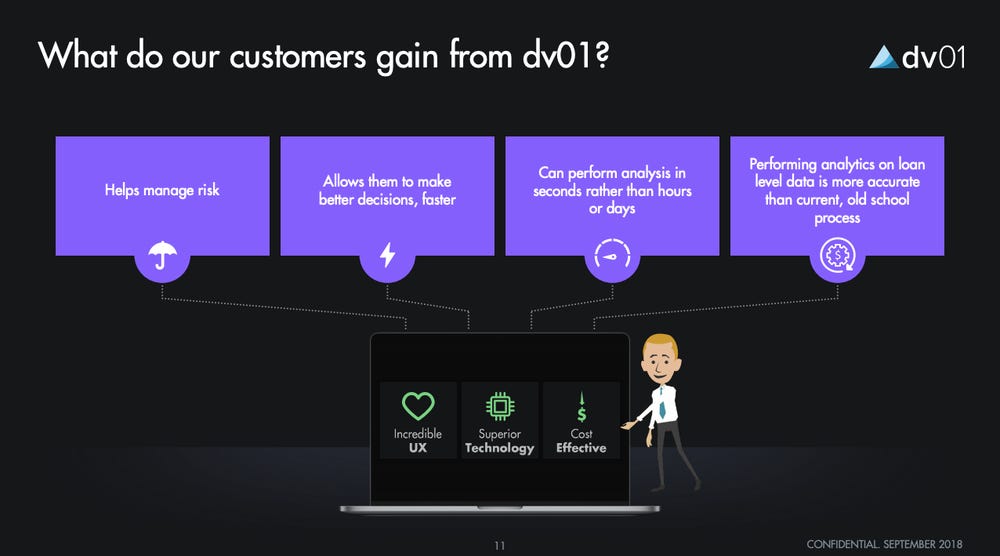 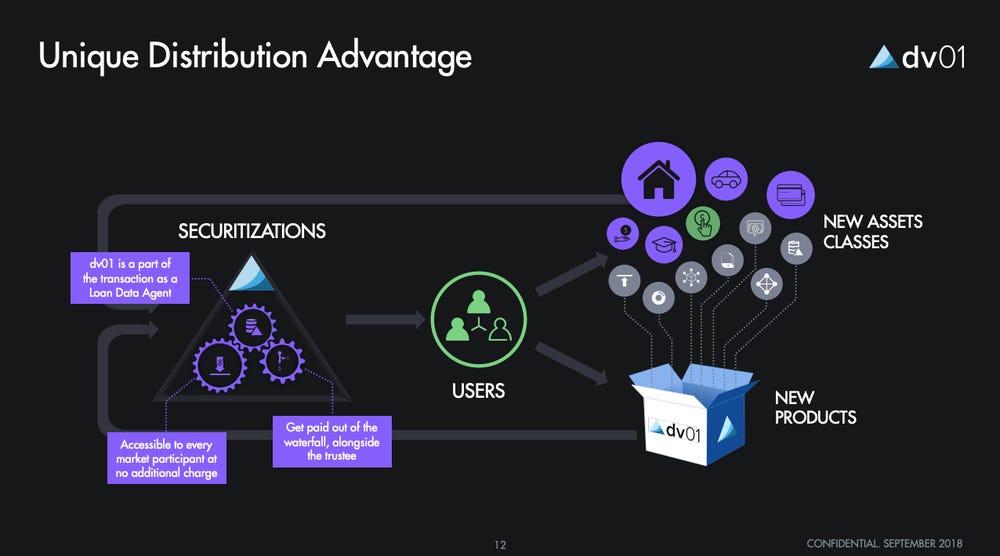 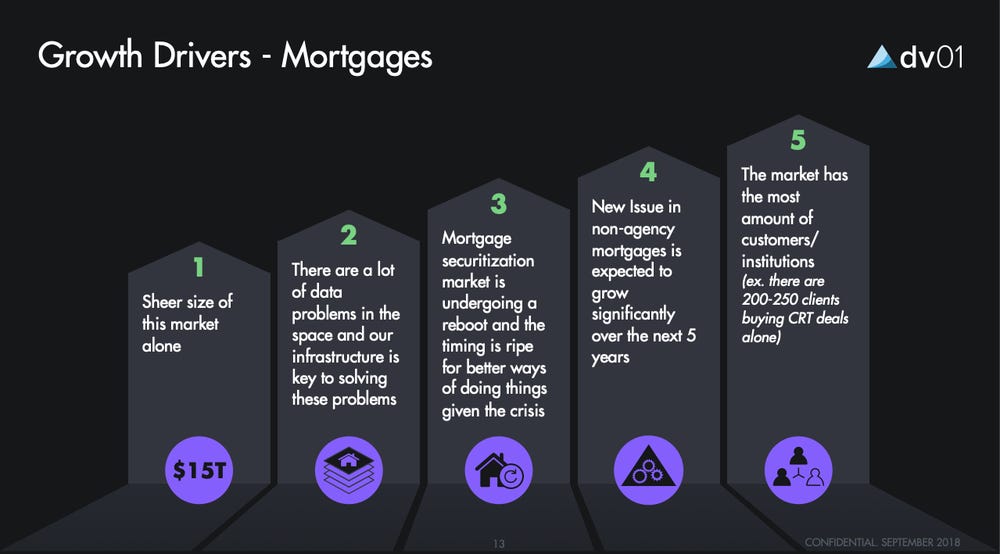 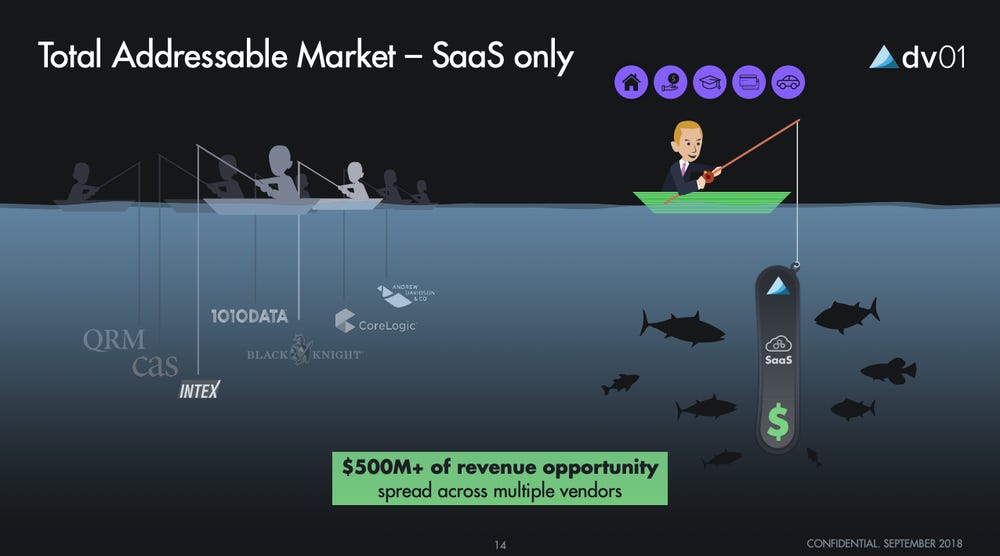 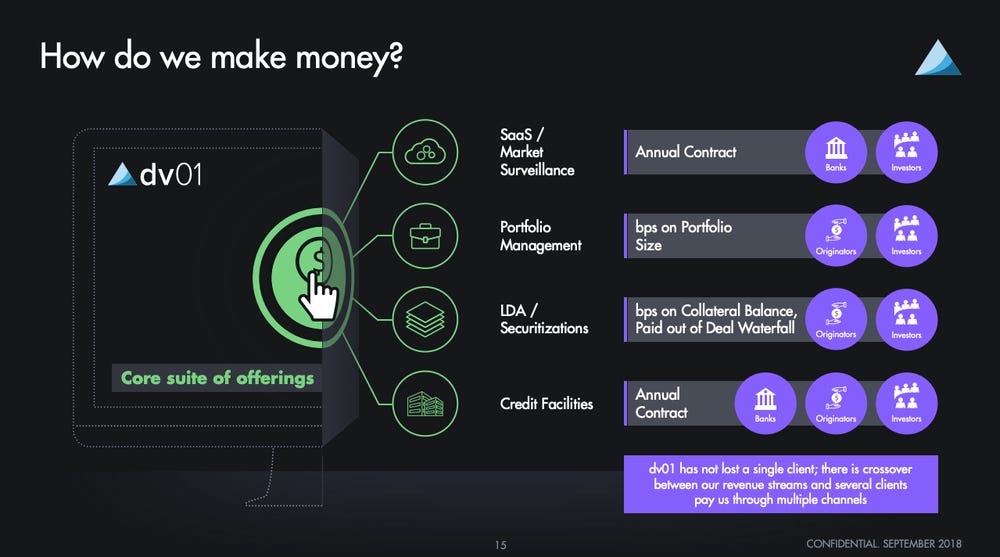 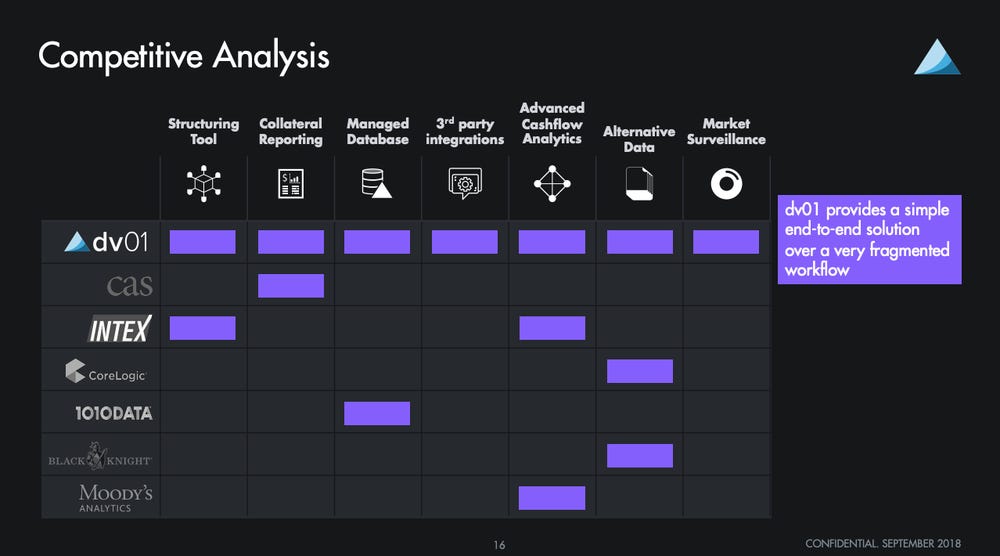 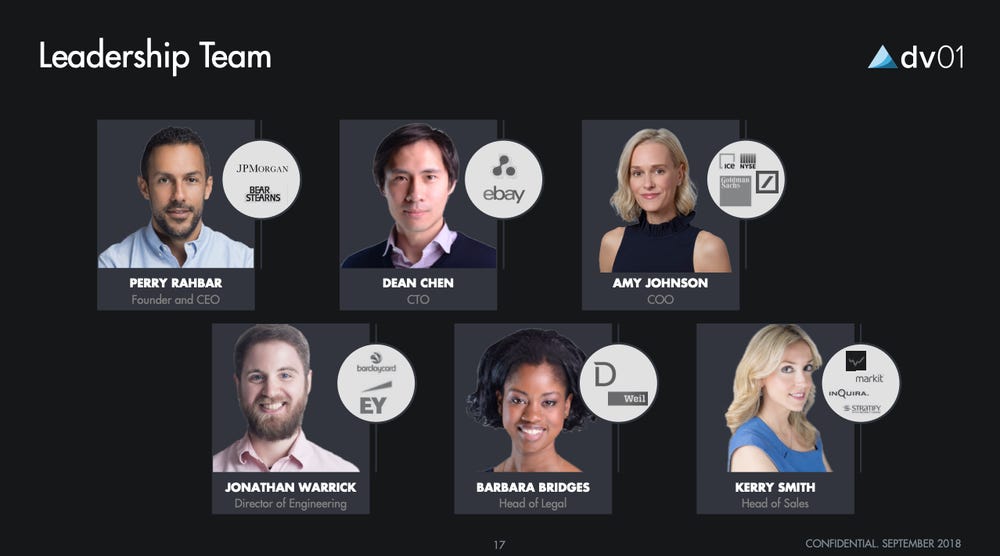