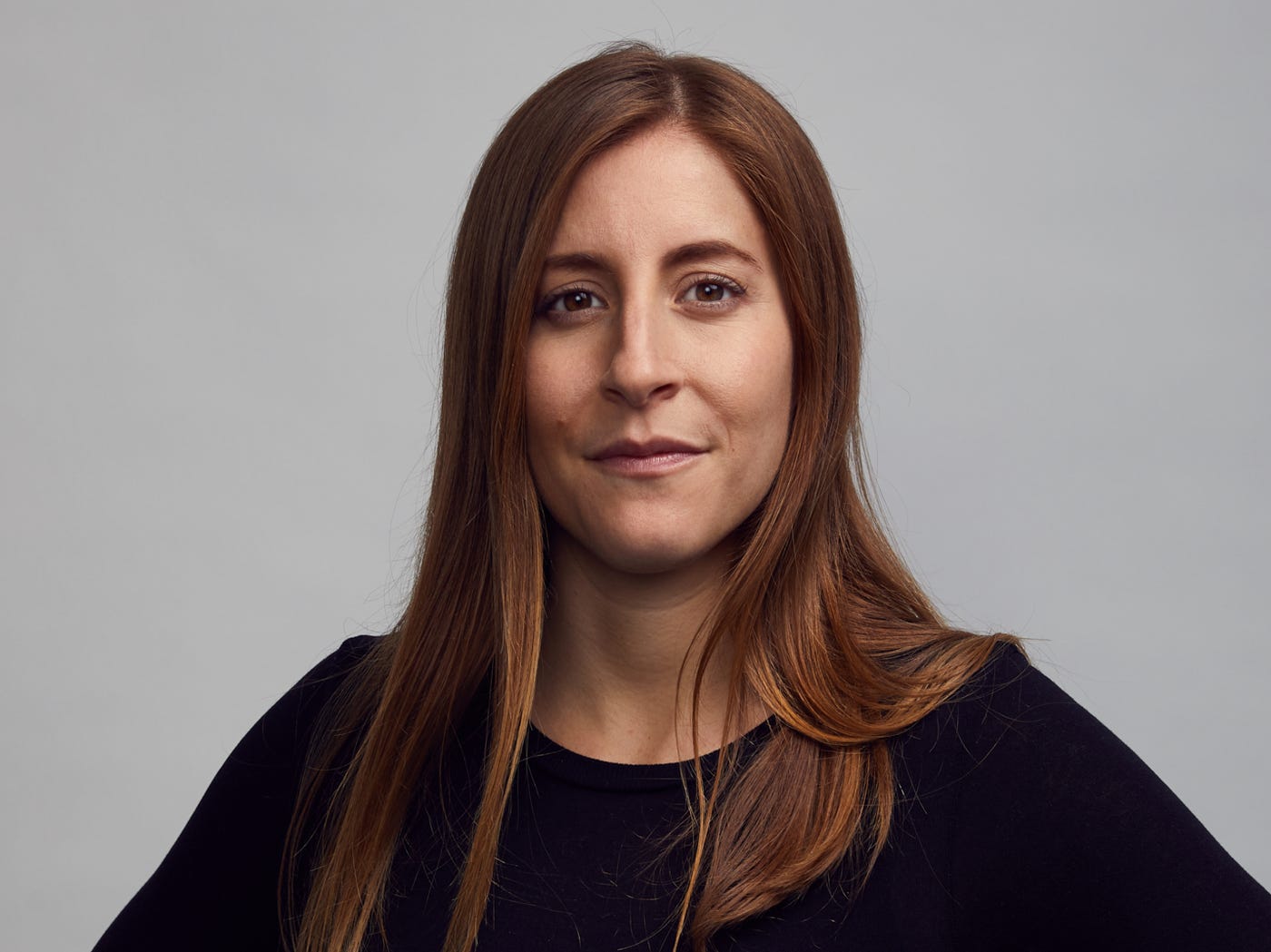 Divvy is one of the many Silicon Valley startups working to change the way people buy homes. For Divvy, it’s specifically interested in providing alternative financing options for prospective homebuyers who don’t qualify for traditional mortgages.

“The customers do feel like they’re owning a home and they are building up equity within in it,” Divvy CEO Adena Hefets told Business Insider in an interview last November. “The difference is that we’re doing it in a more manageable way.”

Top venture capitalists have bought into Divvy’s methodology as well.

Hefets told us Divvy helped buy homes for more than 100 customers in its first year but had much higher hopes. Divvy’s official mission, she says, is getting 100,000 families their first home.

“That’s what we’re trying to do in the next, no more than five years,” Hefets said. “We want 100,000 homes. We want that to be the first home that a family can buy and we want it to be the stepping stone that allows people to transition from renting to eventually owning their own homes.”

Here’s the investor deck that helped Divvy sell its mission to venture capitalists and raise a $30 million series A (sensitive numbers have been redacted): 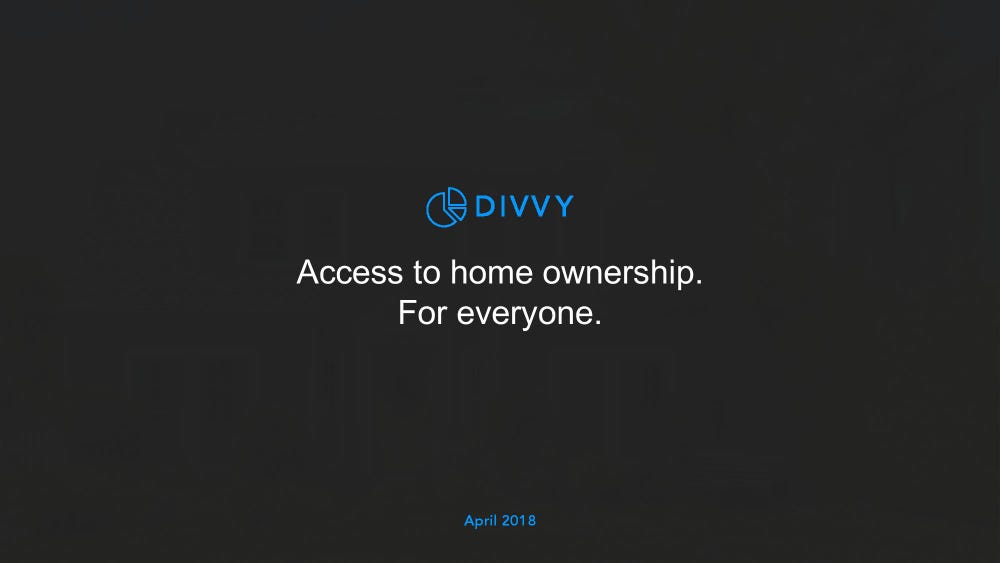 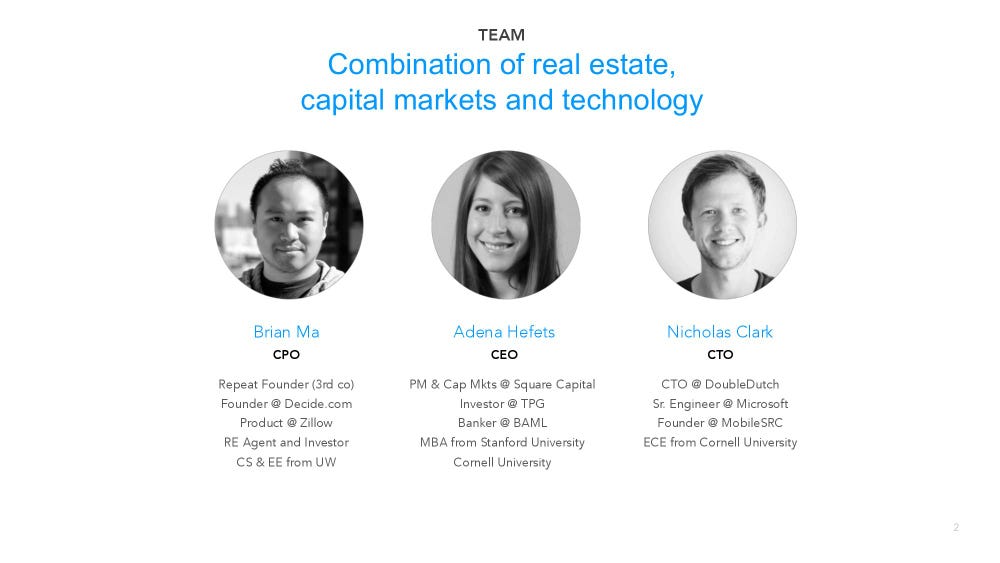 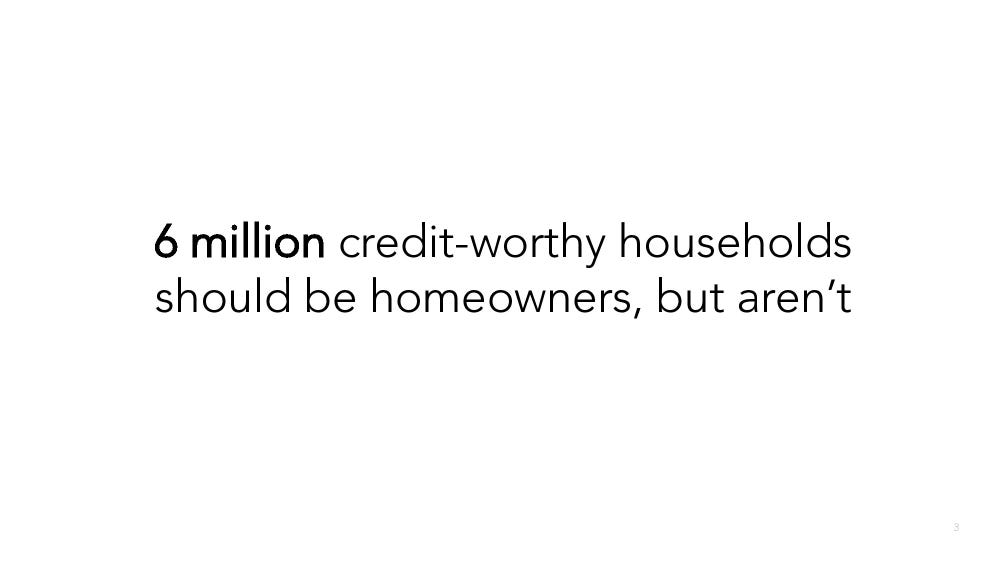 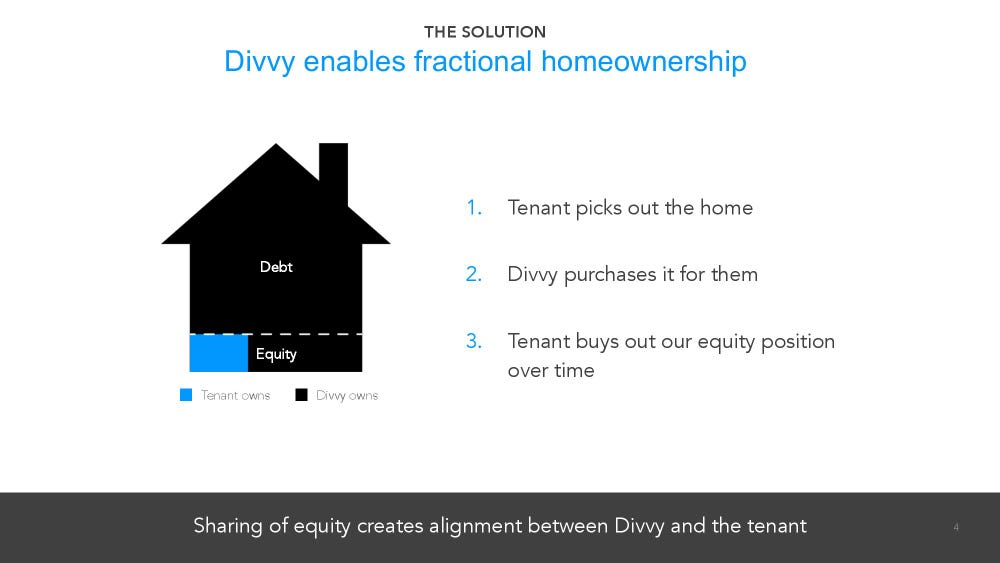 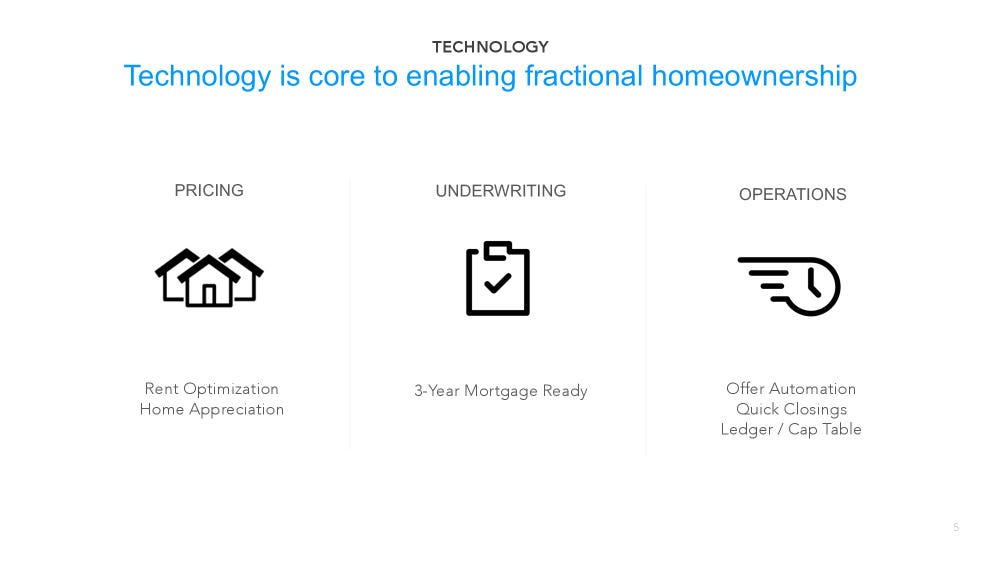 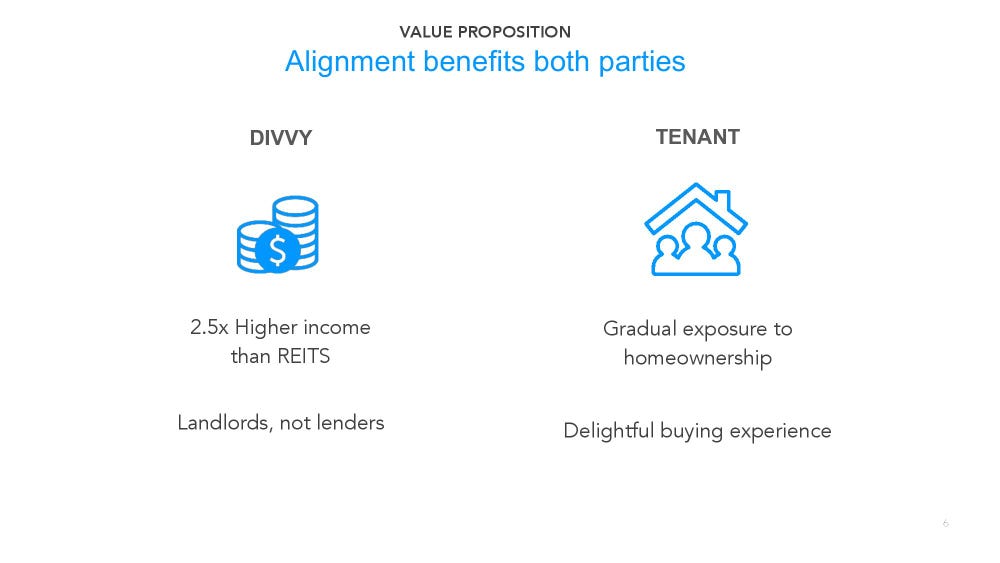 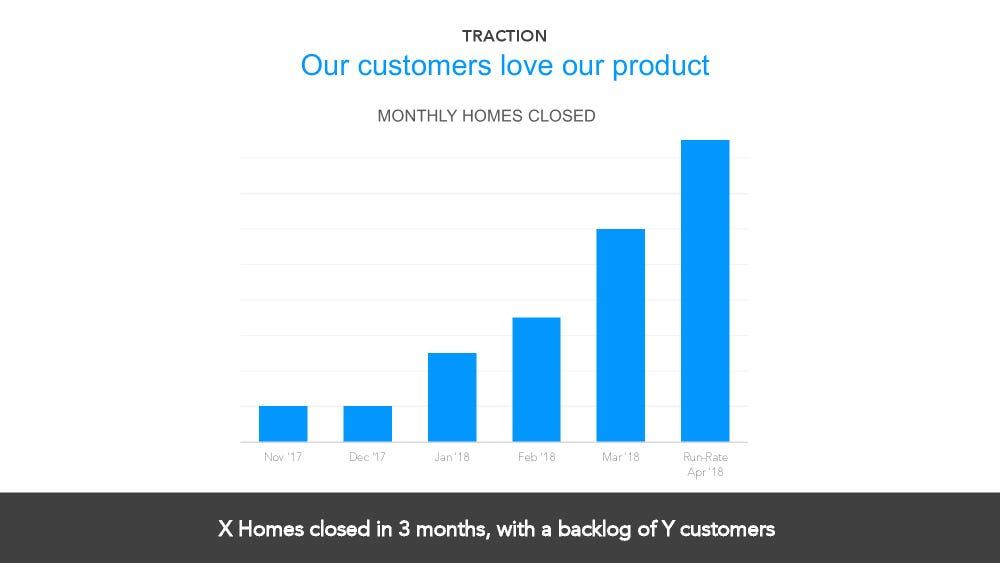 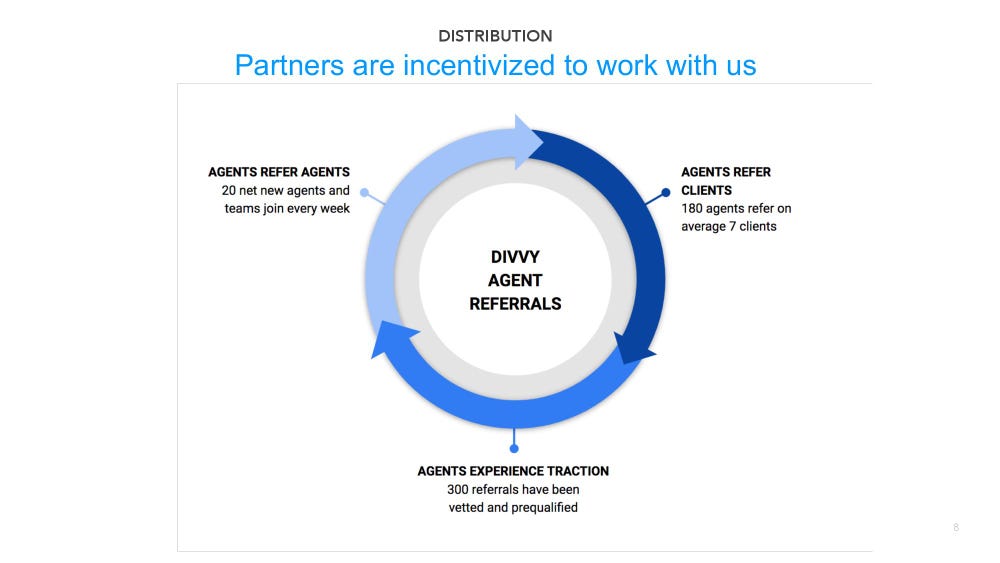 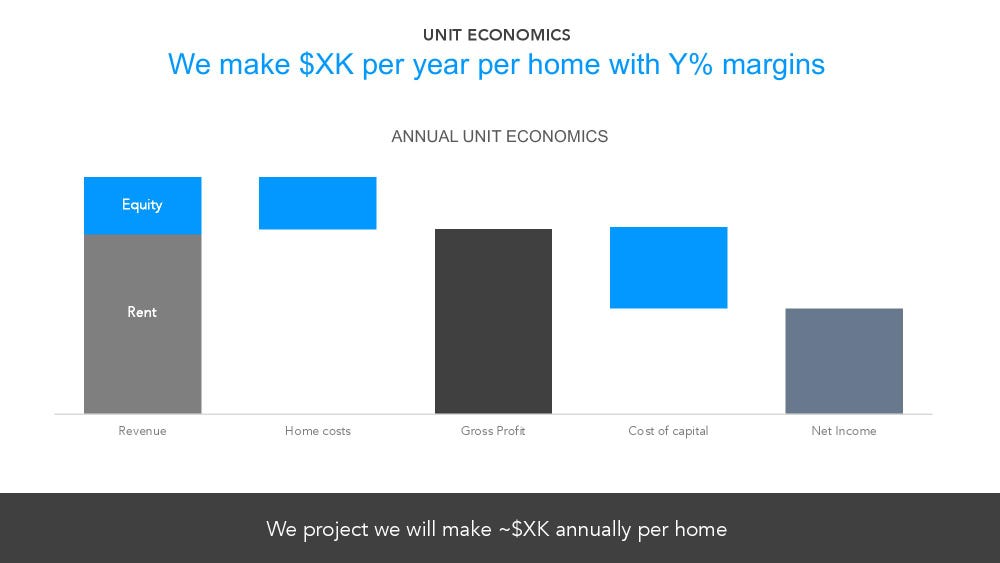 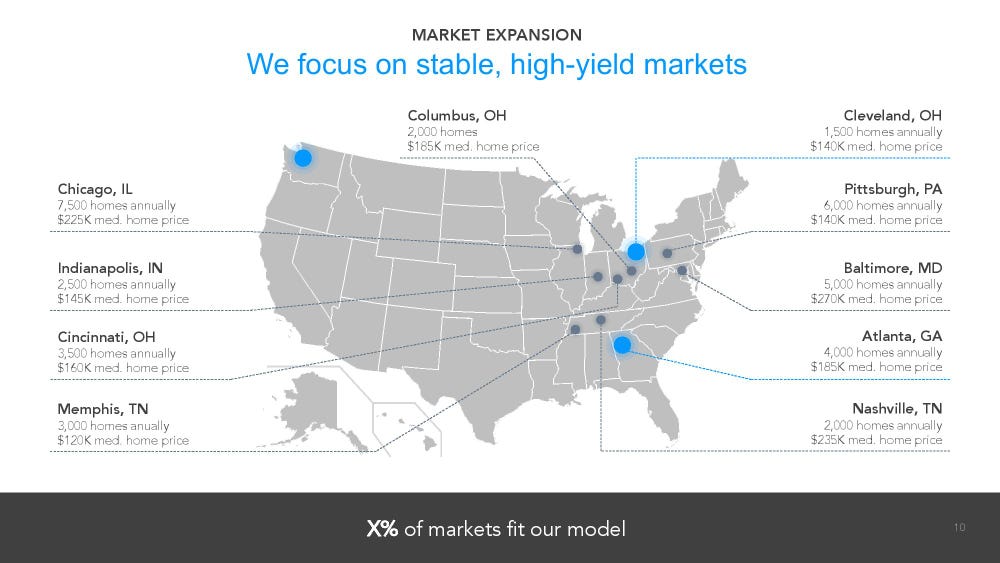 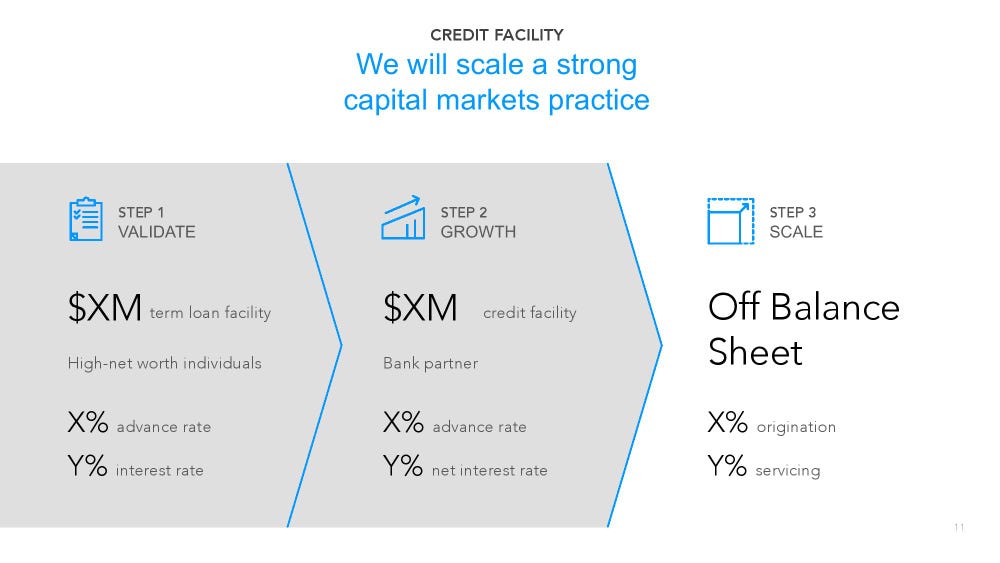 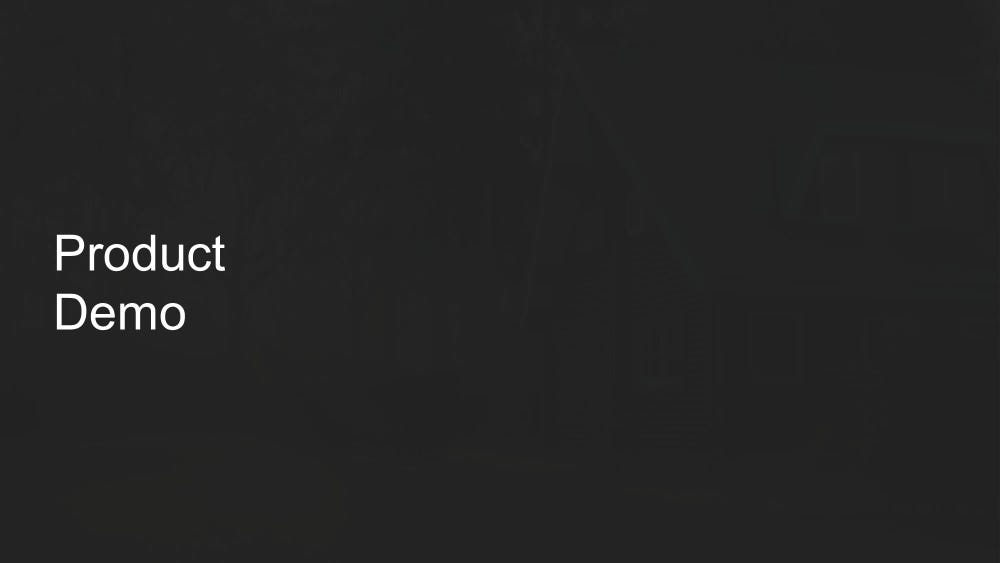 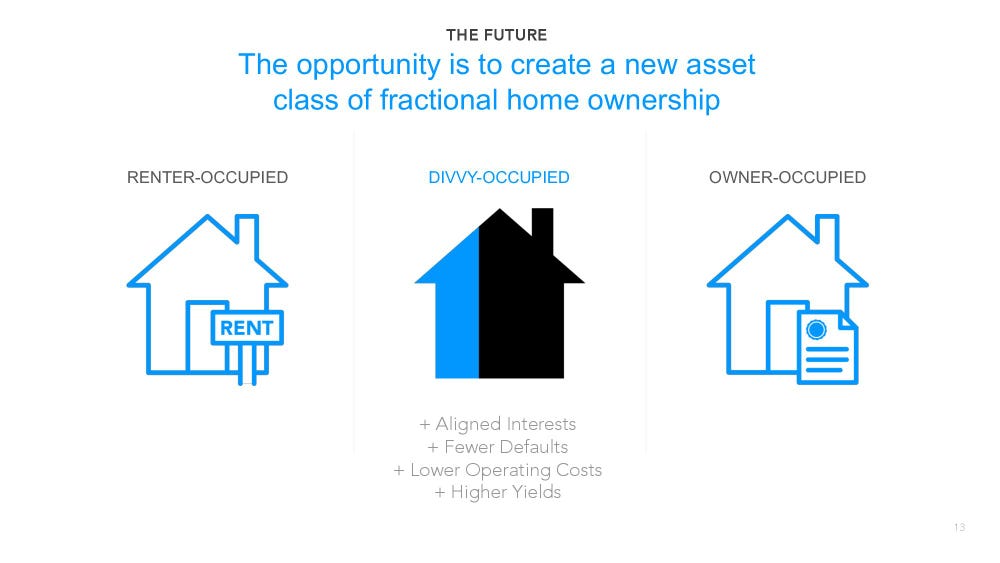 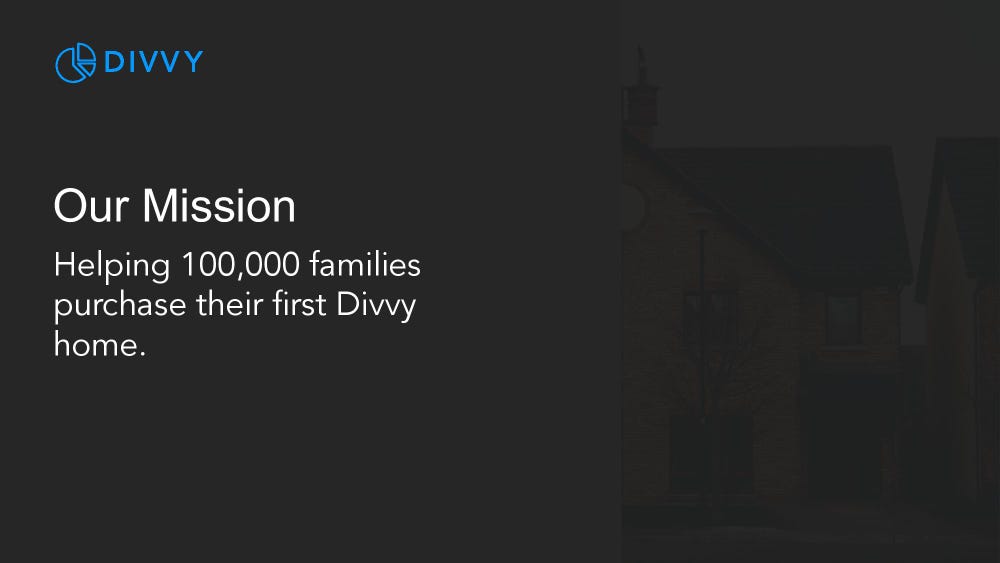