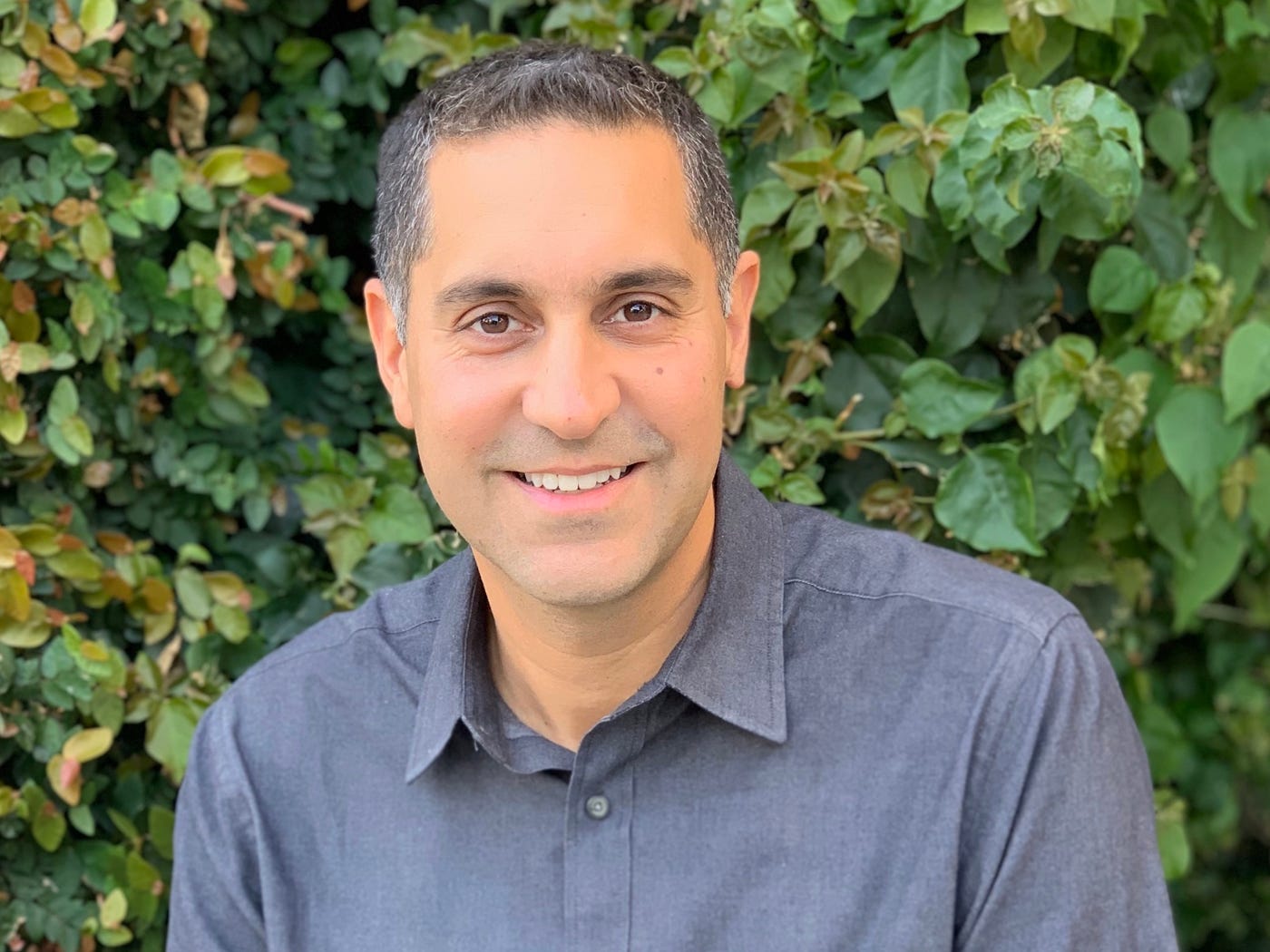 The seed for Anand Shah’s customer-intelligence startup was planted 10 years ago, when his feet were firmly planted in a consulting career in London.

After successfully improving a client’s sales performance, Shah realized that the way in which companies sold their products was ripe for disruption — sales performances were too susceptible to human error and needed to be more systematized. And he carried that idea with him over to the US and through business school. In 2016, Shah cofounded Databook to develop software to provide customer-intelligence insights to sales teams.

“It’s a bit of my fascination, understanding how companies work and their supply chains,” Shah told Business Insider. “Databook baked into the fabric of how we think about any companies on an operational basis.”

While plenty of customer-intelligence startups aim to provide data insights to enterprise companies, Shah said his background in finance and strategy has given the self-dubbed “Moneyball for Sales” company an edge in the game. Databook’s artificial-intelligence-powered platform doesn’t just gather data but also personalizes insights based on Shah’s experience of what information C-suite executives value. These insights give sales and marketing teams an understanding of which accounts to chase and how to prioritize those clients.

“We want to give them insights that let them have access to the ‘secret science’ of what the best sales reps have been doing for decades,” Shah said.

The company is still in its preliminary stages, beta testing the product to its customers who primarily work in the enterprise-software business (the CEO declined to share the names of his customers).

But Shah did give credit to his customers in landing Databook’s $5 million seed funding, led by the early-stage venture-capital firm Threshold Ventures. The news was announced on Wednesday.

Databook customers had begun making introductions between the company and venture-capital firms, Shah said. Only then did the company, which hadn’t raised any money since its initial jump start from family and friends, consider getting outside funding to scale its services.https://162922d3b1cca9ce8dac3b8fb3c4167c.safeframe.googlesyndication.com/safeframe/1-0-37/html/container.html

“Our customers wanted us to double down on research and development, and bring more innovation and products to the market quicker,” Shah said. “That was really the first signal for us.”

And investors appeared to like the fact that Databook’s customers were the ones endorsing the company. This was crucial, according to Shah.

“It’s really about who you know” when it comes to fundraising, Shah told Business Insider.

Here’s the pitch deck that Databook used to raise its first funding round: 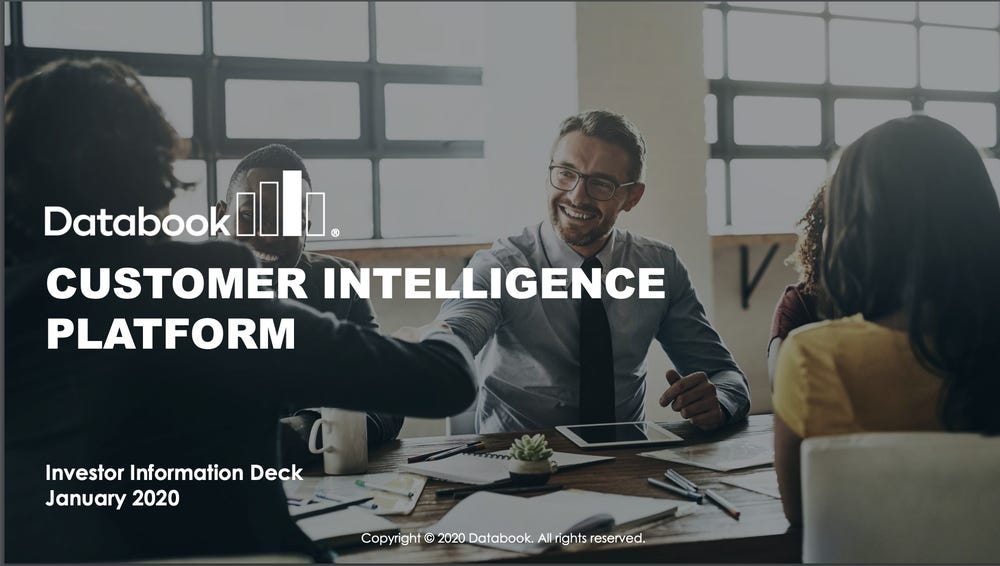 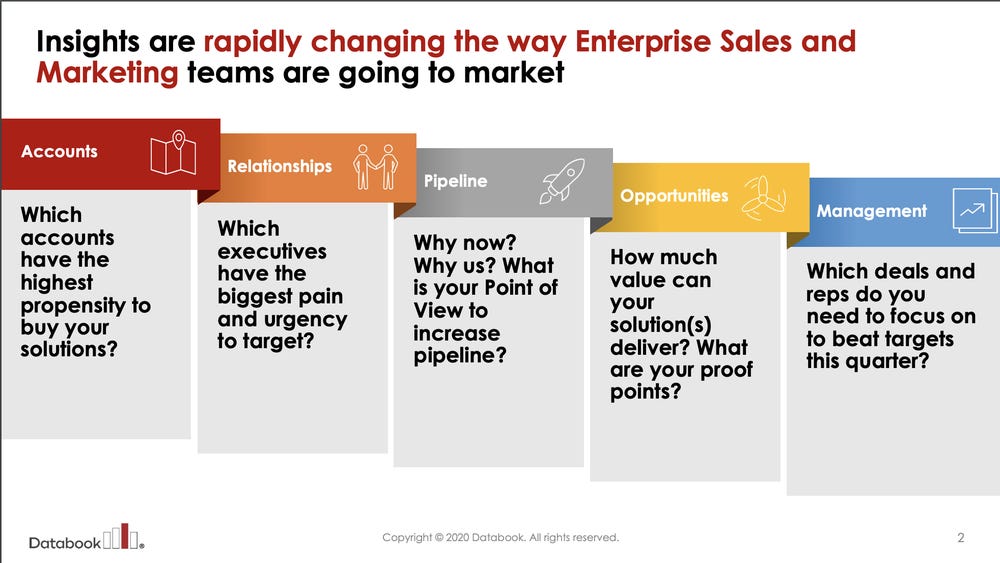 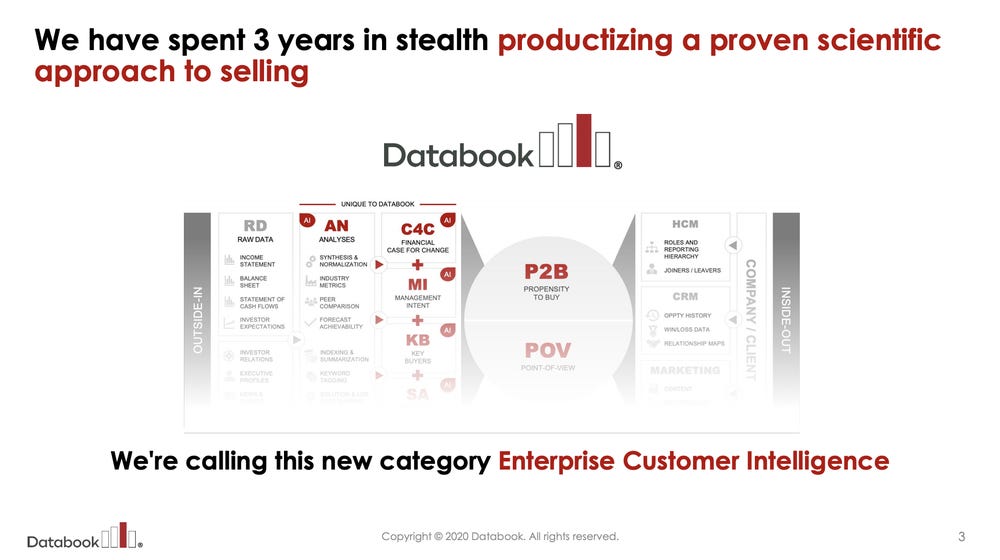 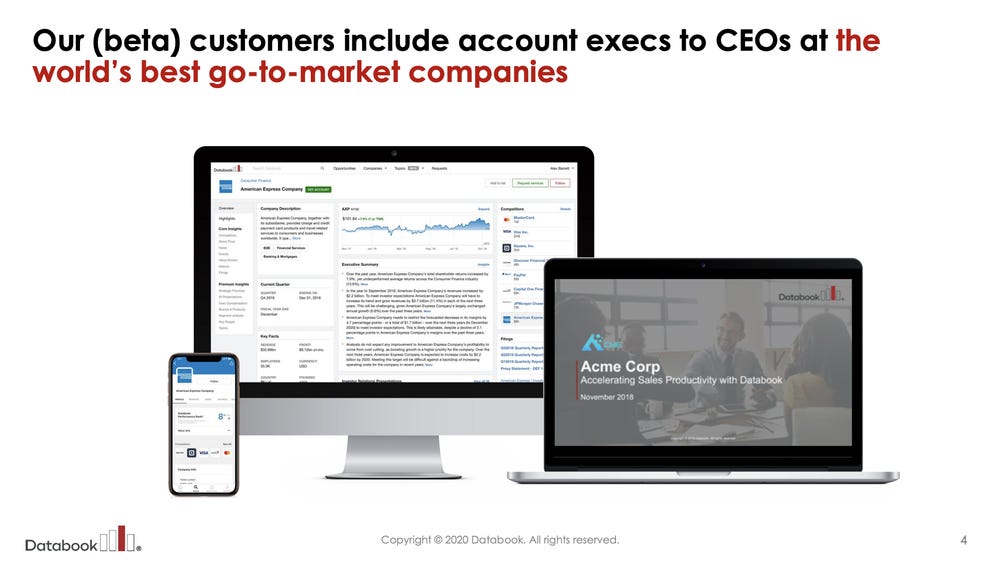 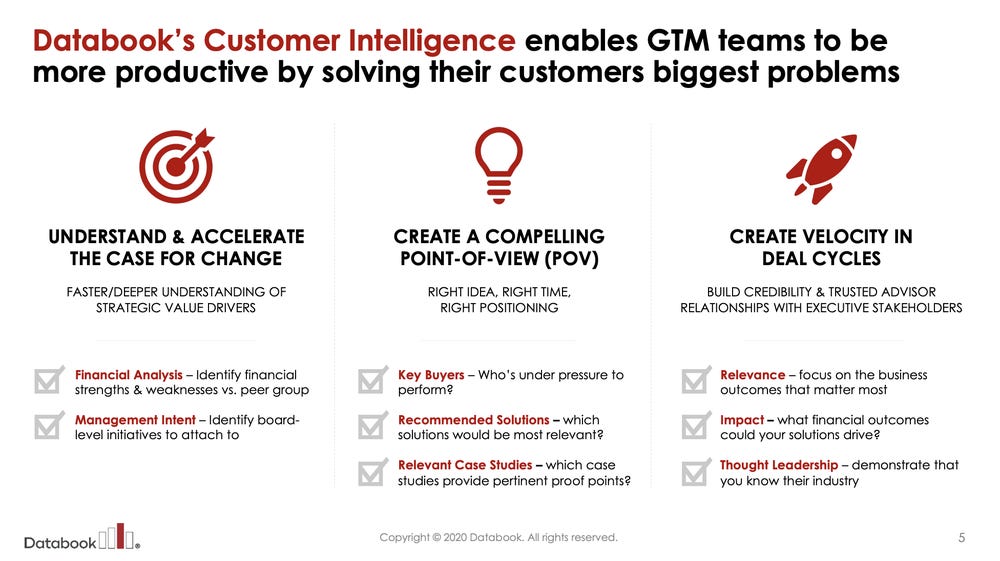 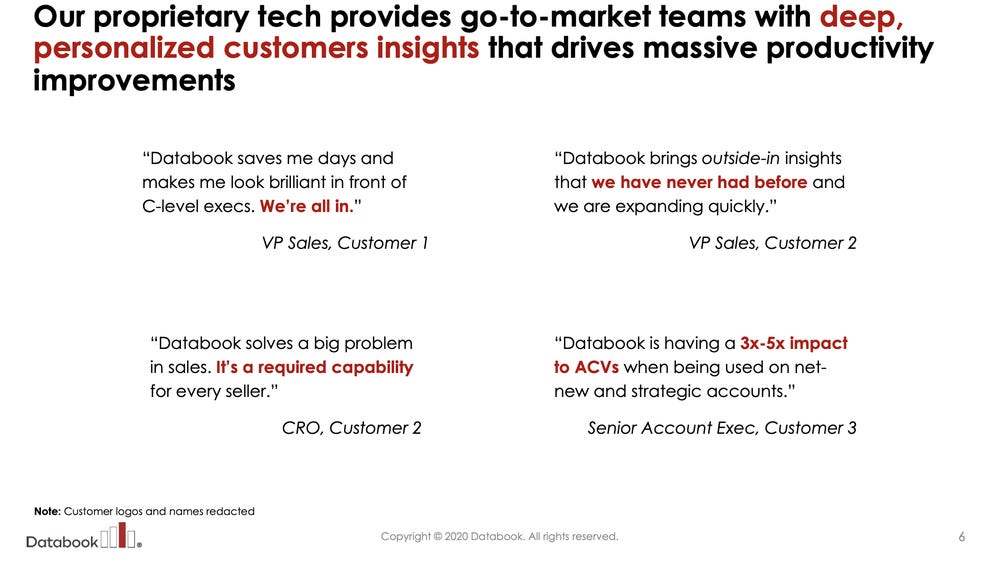 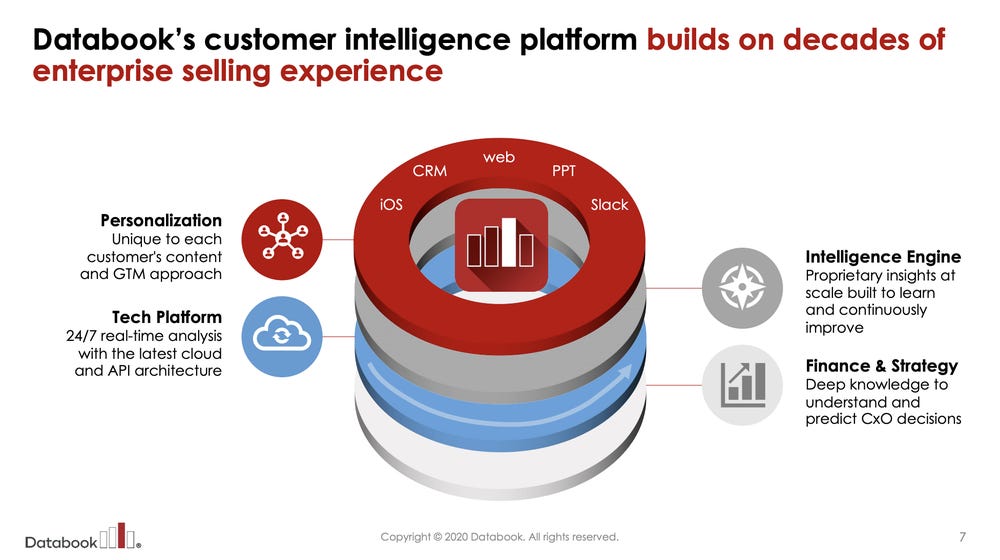 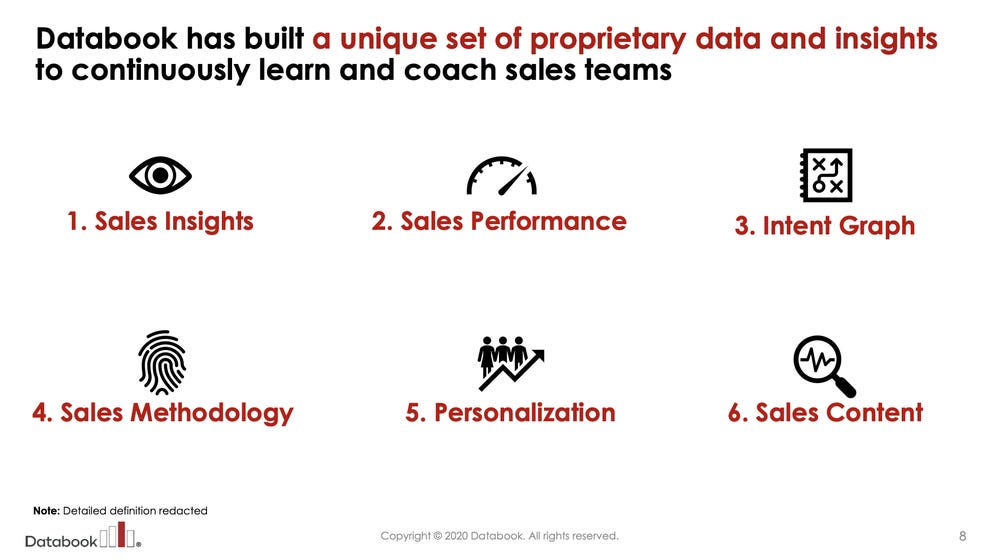 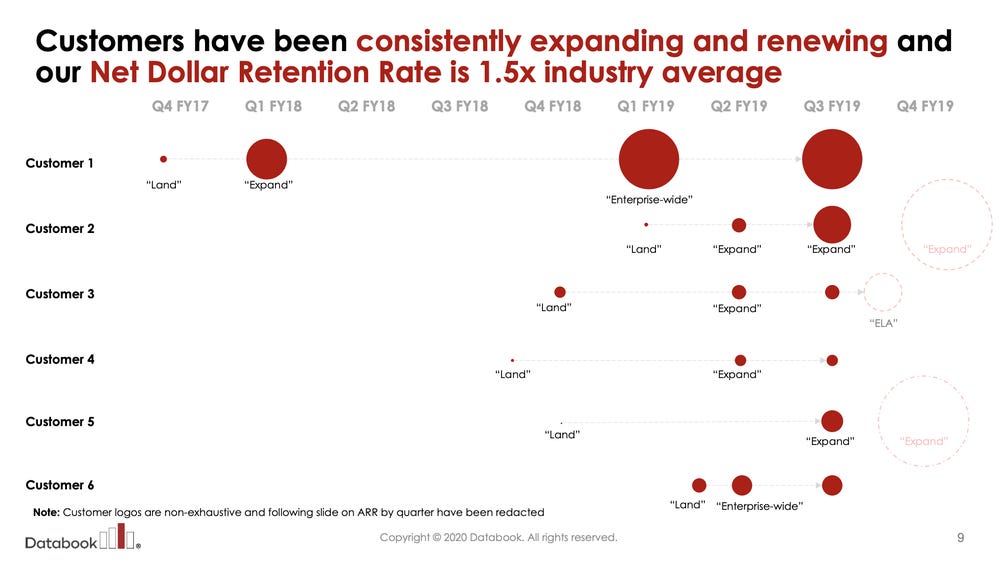 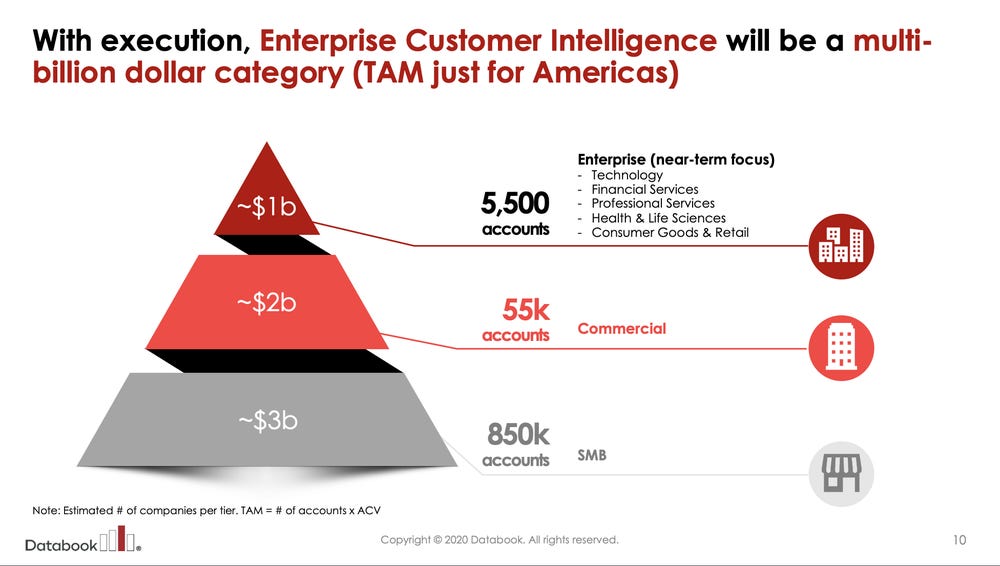 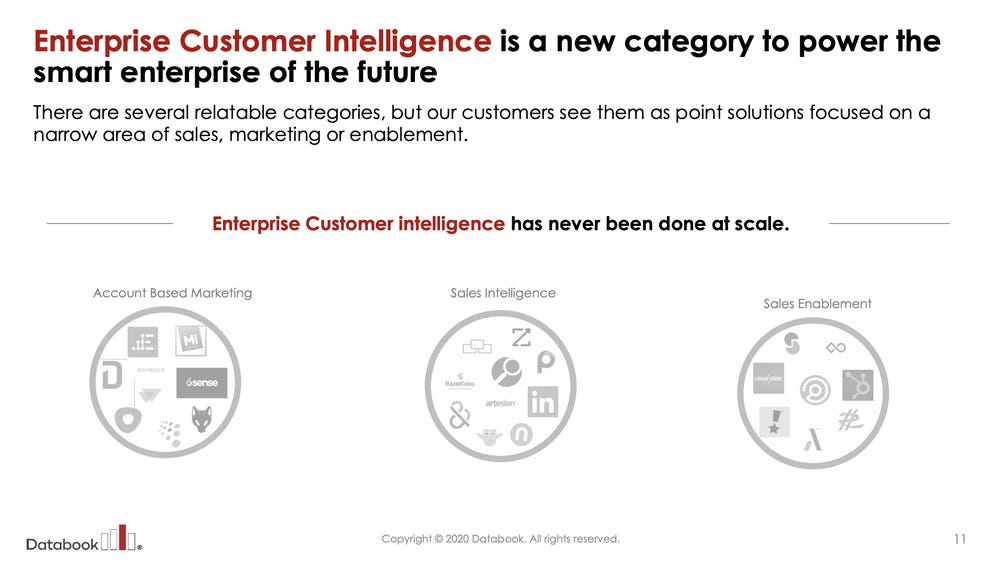 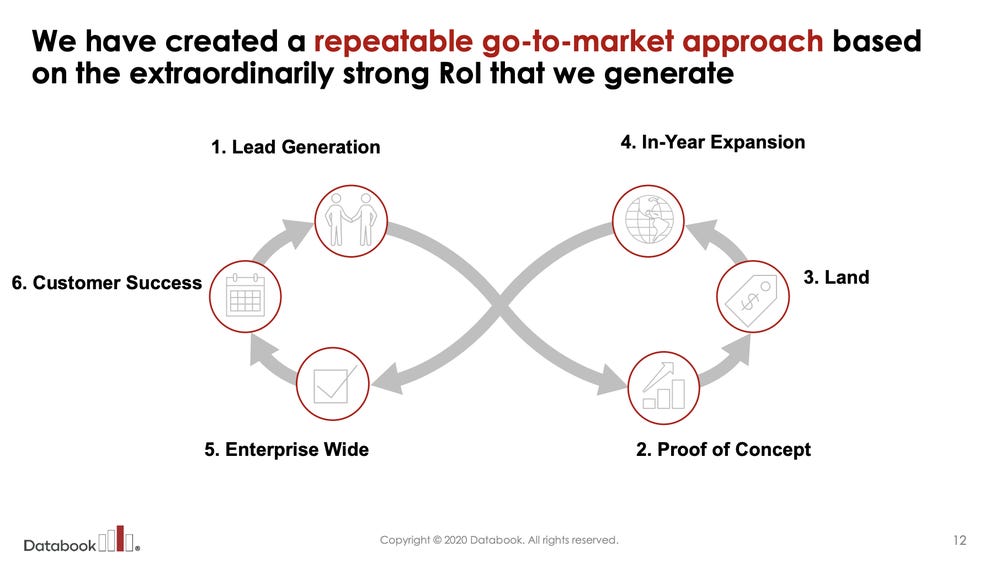 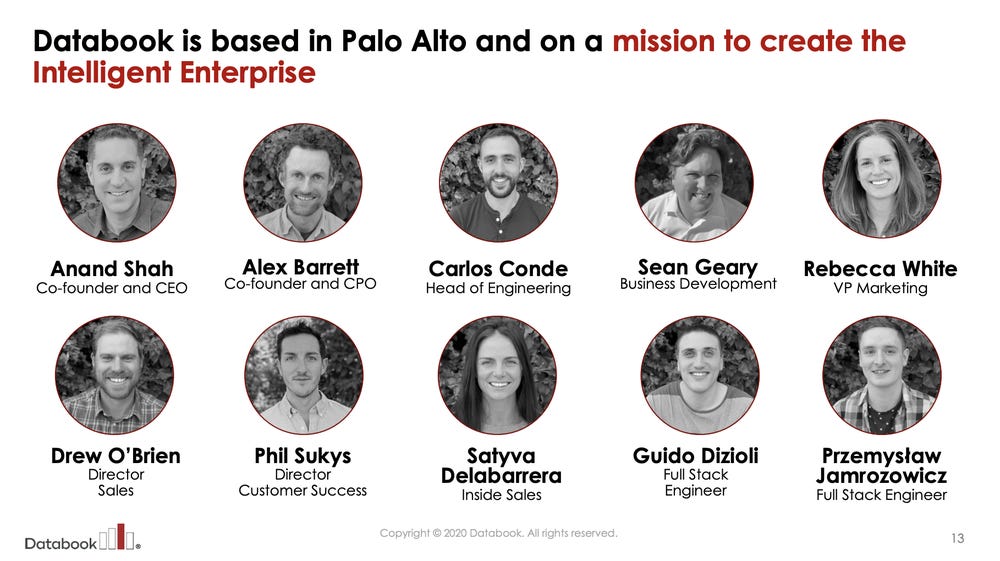