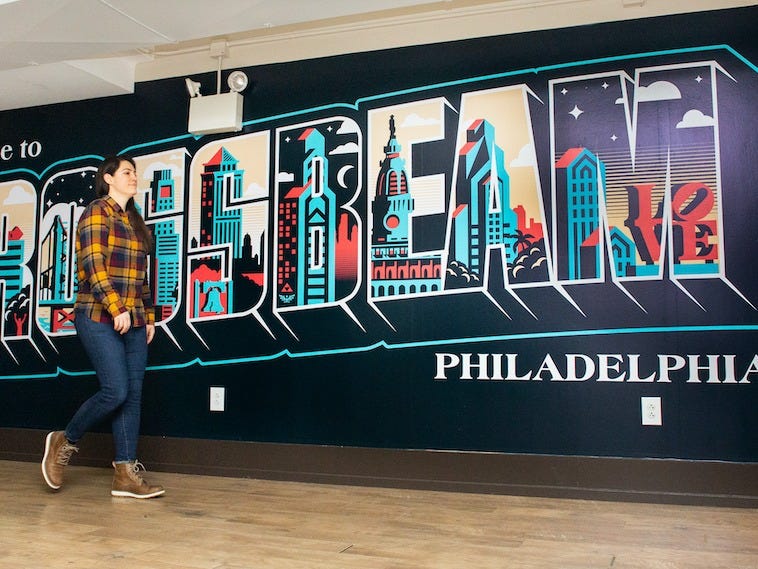 Business partnerships between companies have always been complicated. Now the physical isolation imposed by the COVID-19 pandemic has made it harder.

“How can you do an effective job of building a partner ecosystem when you can’t high five, can’t slap people on the backs anymore and shake hands?” Bob Moore, co-founder of partnership platform Crossbeam, told Business Insider.

The pandemic helped accelerated interest in Crossbeam’s simplifying platform to the point where investors started approaching Moore less than a year after the company’s previous round. In early August, Redpoint Ventures led a $25 million Series B round for the company, joined by FirstMark Capital, Okta Ventures, Slack Fund, Uncork Capital and Partnership Leaders. You can check out the redacted pitch deck Crossbeam used to bring investors on for its $12.5 million Series A round below.

“It’s a little bit of a surprisingly rabid funding market right now,” said FirstMark partner Matt Turck, who joined the round after Moore told him he’d been approached by other investors. “Five months ago everybody thought the market was going to slow down considerably. Then lo and behold, fast forward to today, it’s actually more intense than it’s probably ever been.”

Moore said the extra funds would go to expanding the company’s free version of its services to help pull more customers in.

“We think that’s the smartest way to go about building a really valuable network where people are active and their use will grow over time,” Moore said. “We’re not rushing into trying to extract dollars from them the first two weeks after they sign.”

When companies partner with each other, they frequently need to figure out what customers they may have in common. But the way companies keep track of their customers varies, making it hard to easily and securely compare data to find any overlap. Crossbeam works with programs commonly used to track customer data, like Stripe and Salesforce, to create a common data set both companies in a partnership can search through.

Moore said he was inspired to found Crossbeam by his past at SaaS companies.

“It was shockingly hard to answer what seemed like really simple questions anytime we were collaborating with another company,” Moore said. “So if we had a partner and we just wanted to know ‘how many customers do we have in common?’ or we wanted to know ‘are my sales reps currently selling to any of the same companies that your sales reps are selling to?’…It was very, very difficult to answer this question.”

The company also sells itself as a sort of “LinkedIn” for partnerships. Once a company has uploaded its data to Crossbeam’s platform, it can easily integrate its data with any company already on the platform.

Take a look at the redacted deck Crossbeam used to score $12.5 million in Series A funding. 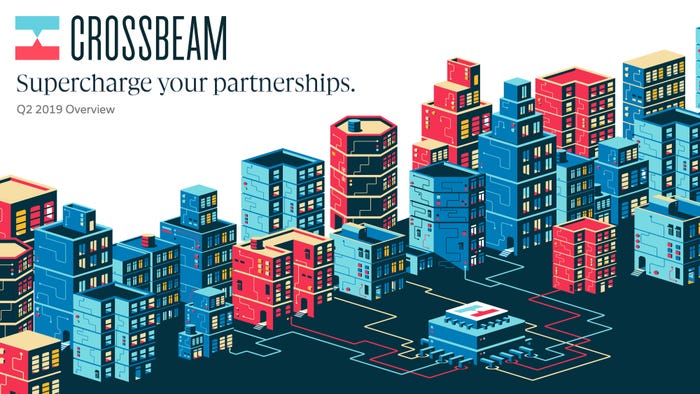 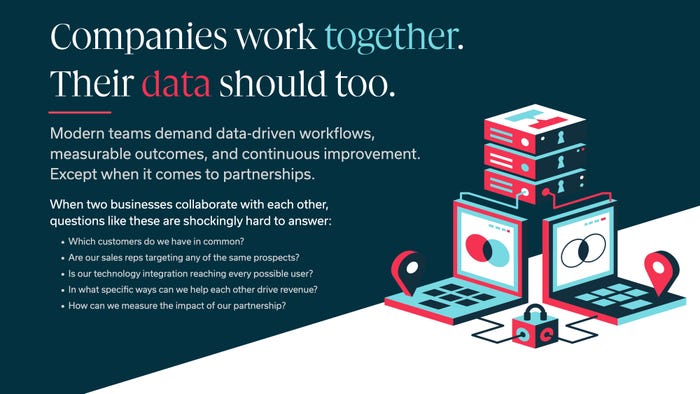 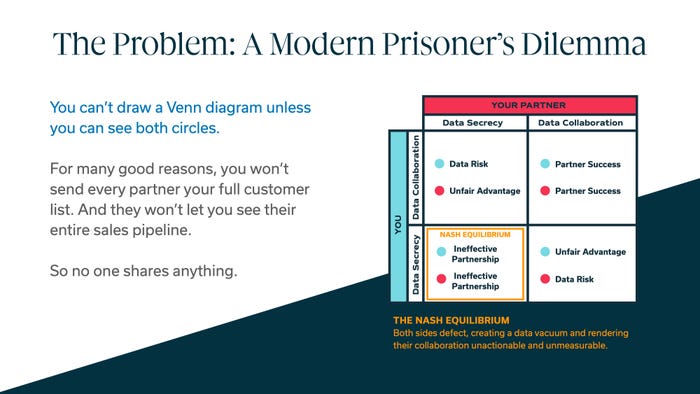 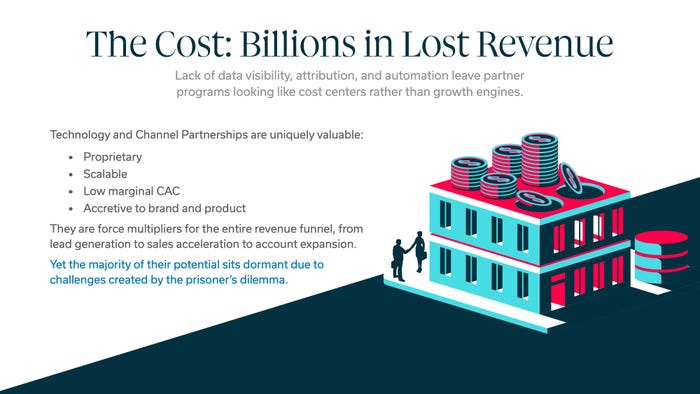 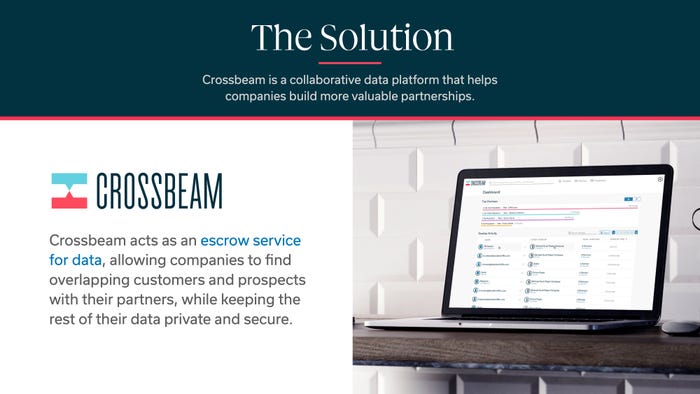 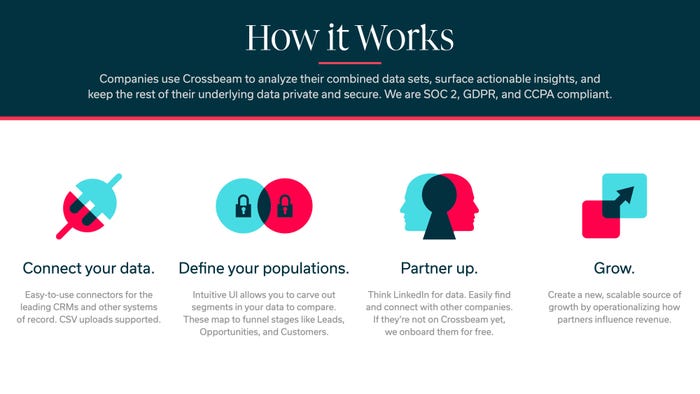 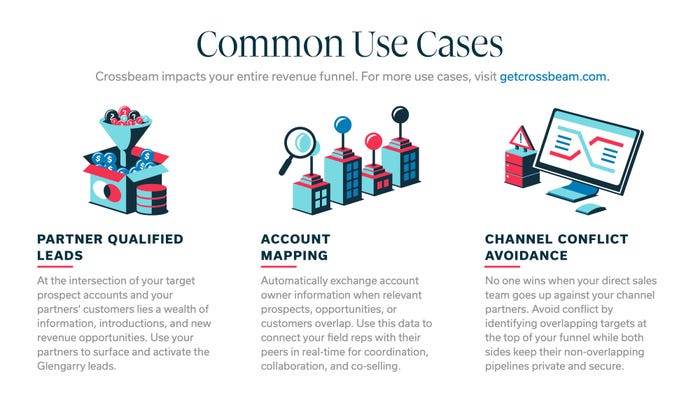 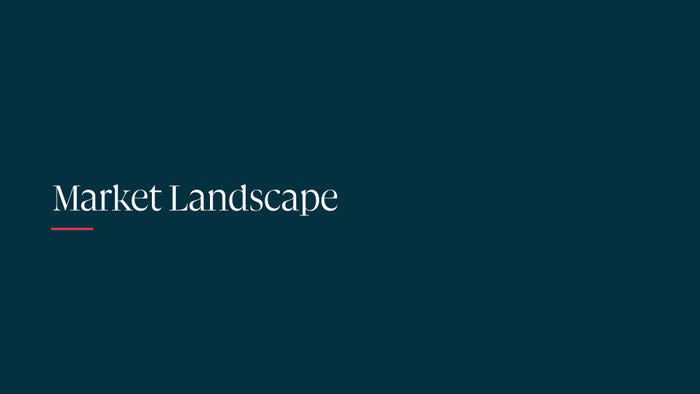 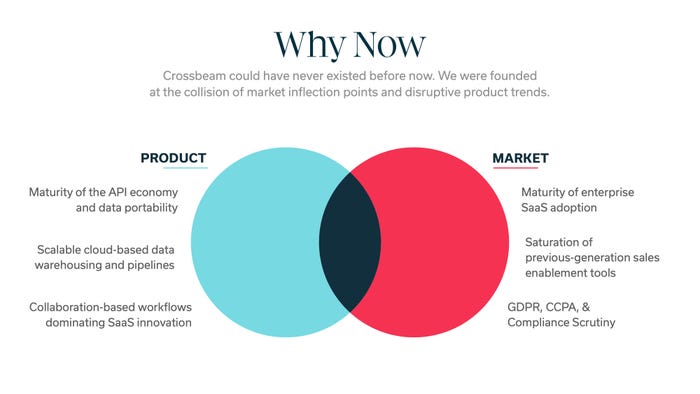 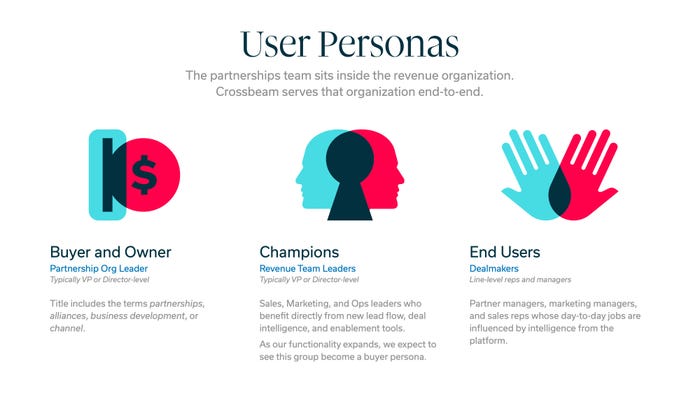 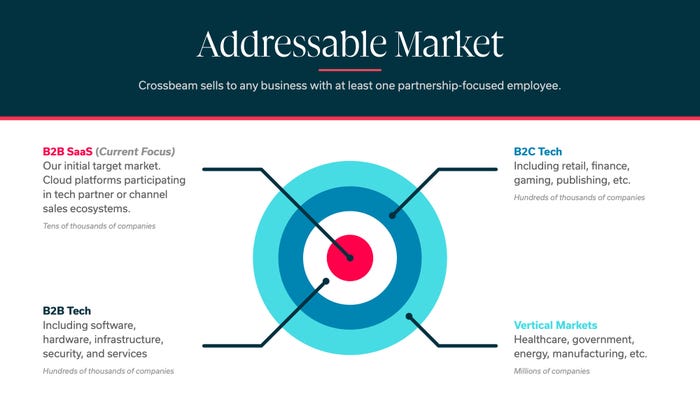 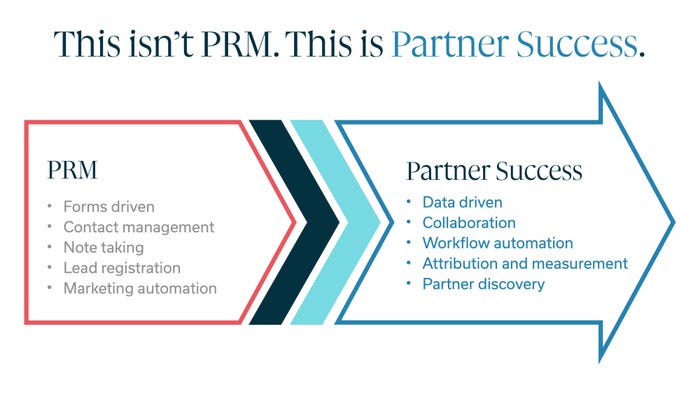 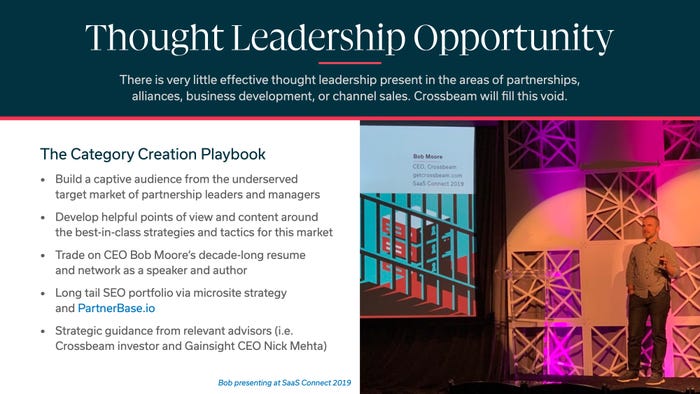 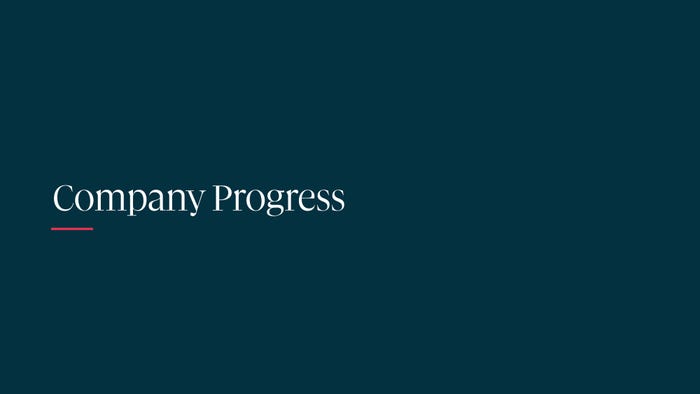 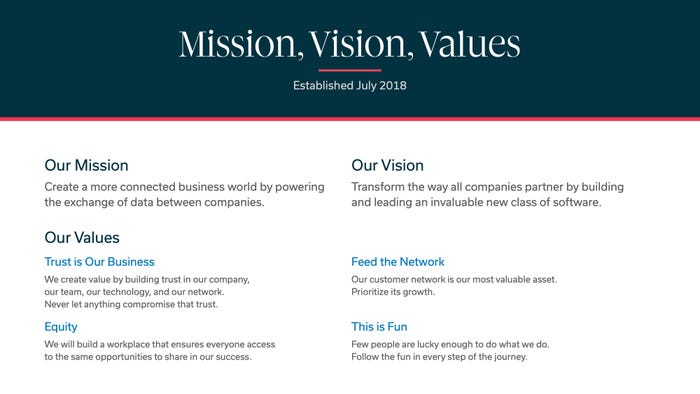 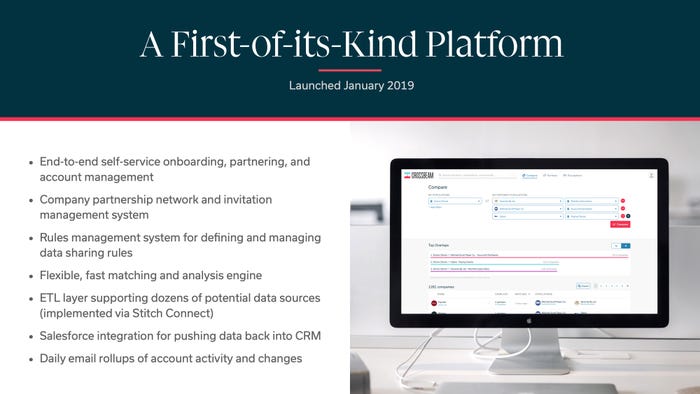 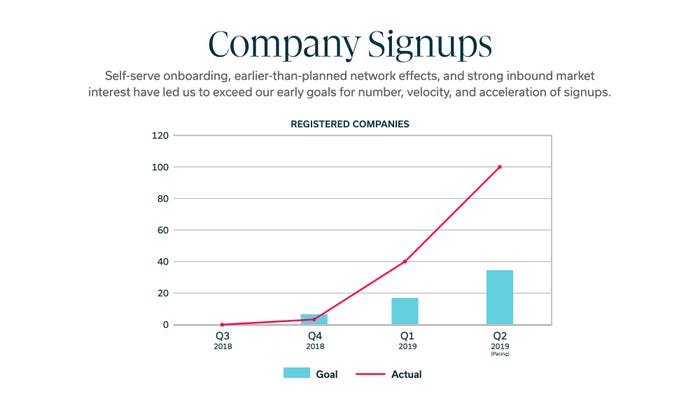 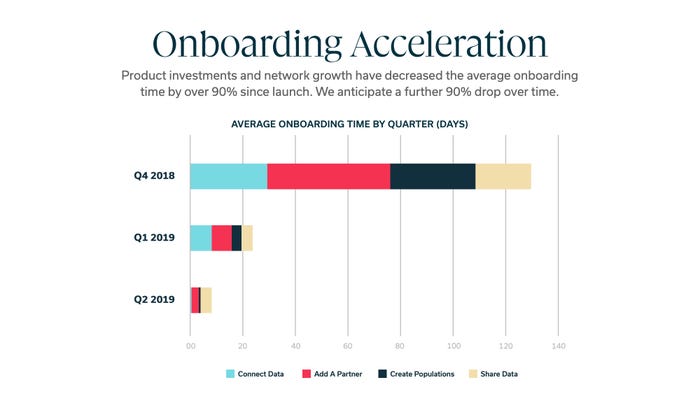 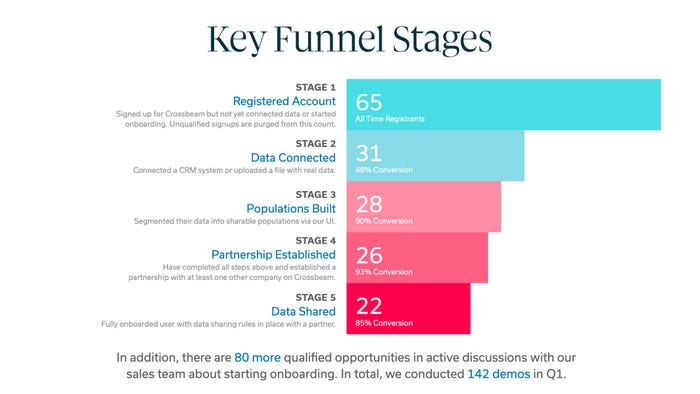 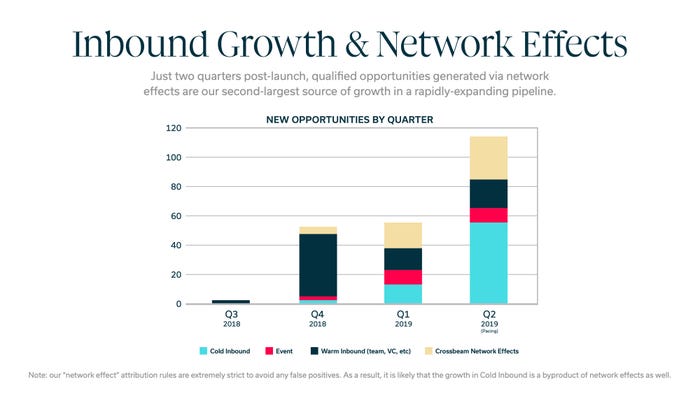 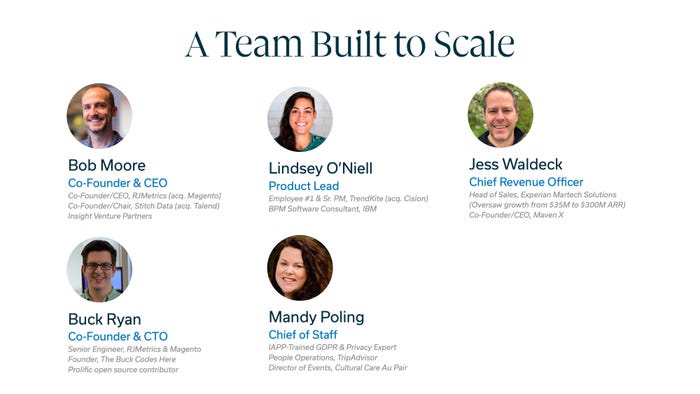 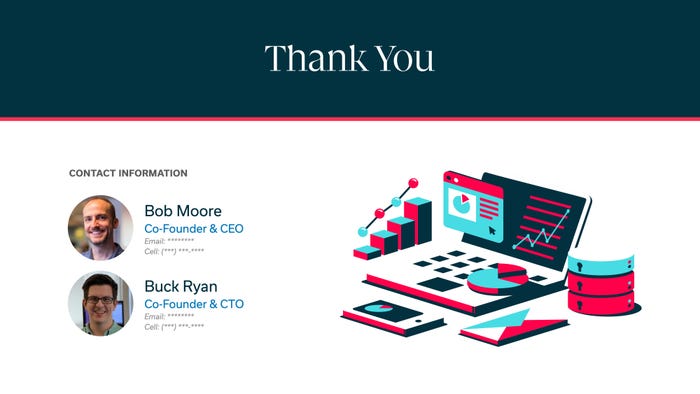