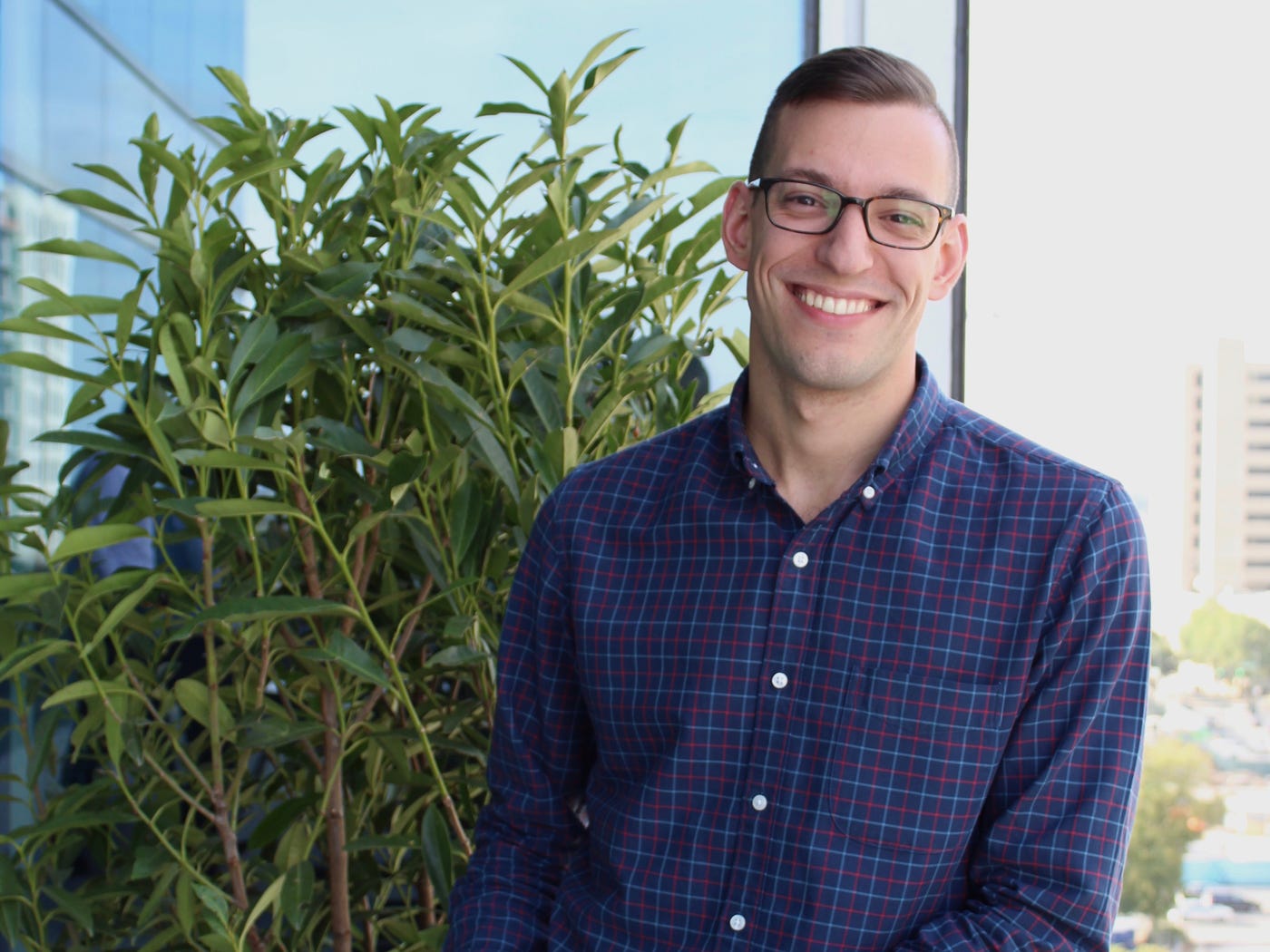 Cloosiv, a startup offering mobile ordering for independent coffee shops, has raised $1 million in its seed round. The company aims to make local coffee shops competitive with larger chains that offer their own apps.

Both Starbucks and Dunkin’, the top two coffee chains in the US, have developed their own mobile ordering apps that offer rewards, order histories, and seamless in-app payments.

Coffee-drinkers may crave that convenience, but independent stores don’t necessarily have the resources to build and deploy their own apps. That’s where Cloosiv comes in.

Cloosiv charges the coffee shops a percentage of in-app sales, starting at 12%. As sales volumes grow Cloosiv takes a smaller portion, scaling down to 8% per order. By building a network of local coffee shops on the app, Cloosiv hopes to be “the largest coffee chain in America.”

The startup completed the Y Combinator accelerator program in August, and currently has more than 300 independent coffeeshops on its app.

Here’s the pitch deck that helped secure $1 million in seed funding from investors including Paul Graham, the cofounder of Y Combinator accelerator; Avichal Garg, a former Facebook director of product management; and Louis Beryl, who is founder and former CEO of Earnest. 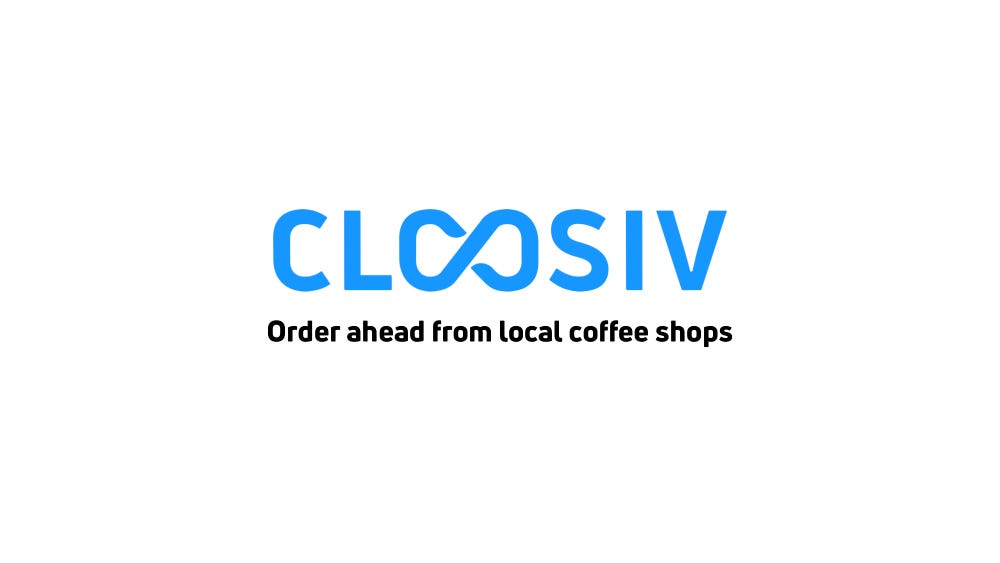 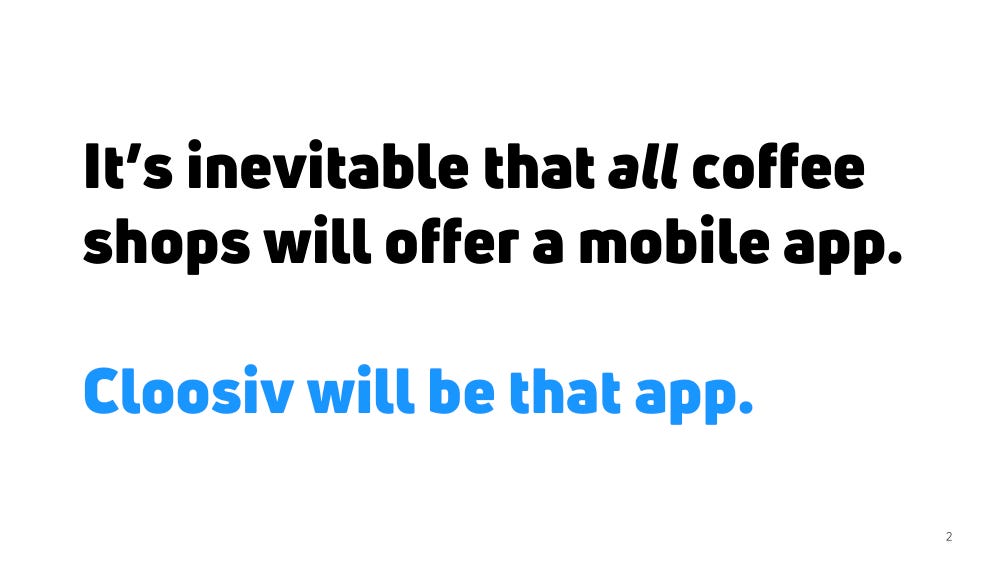 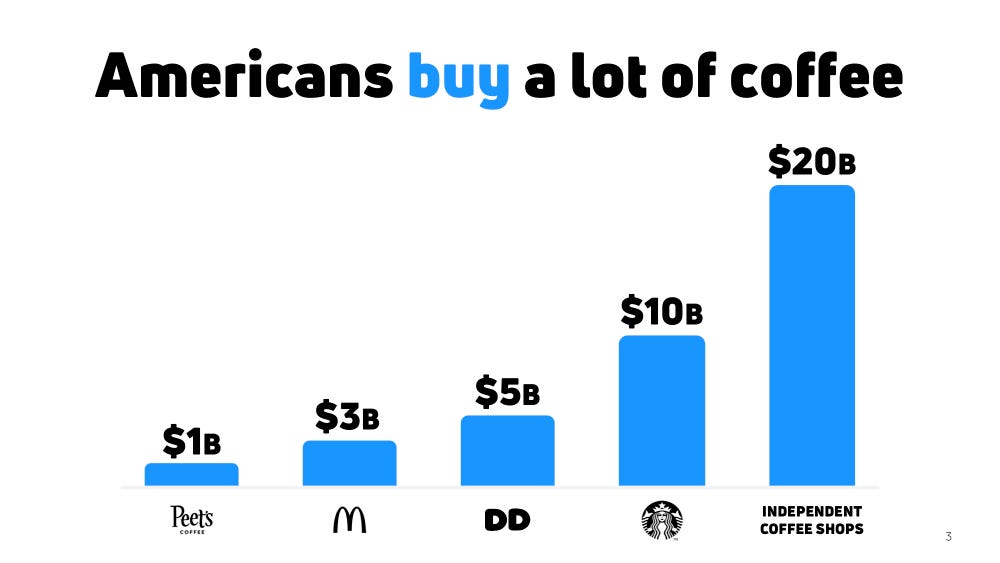 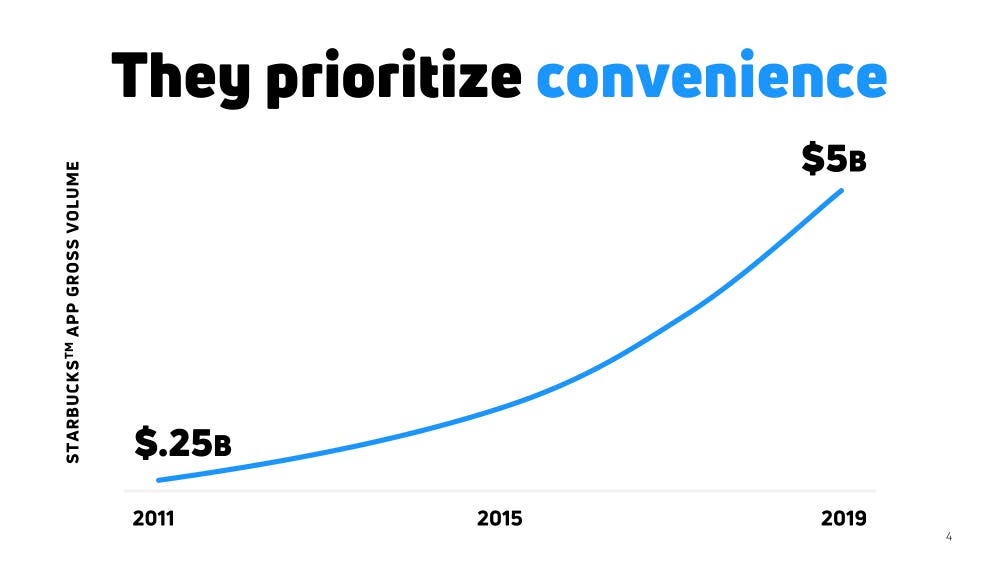 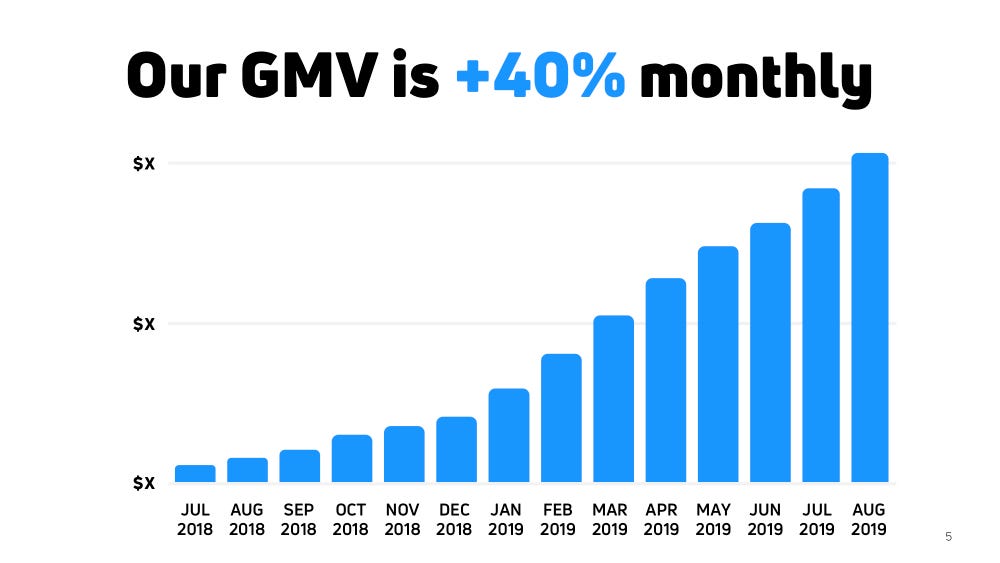 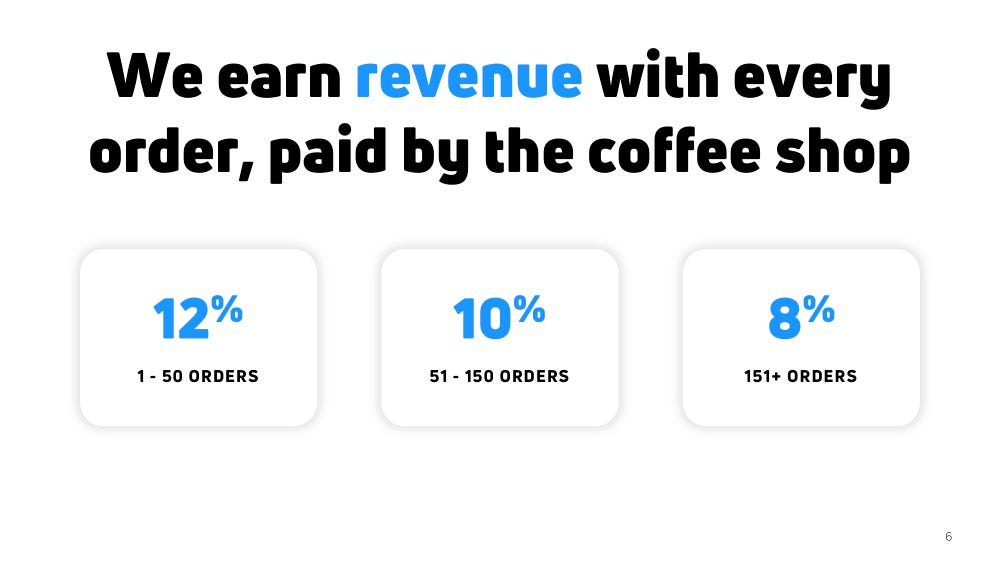 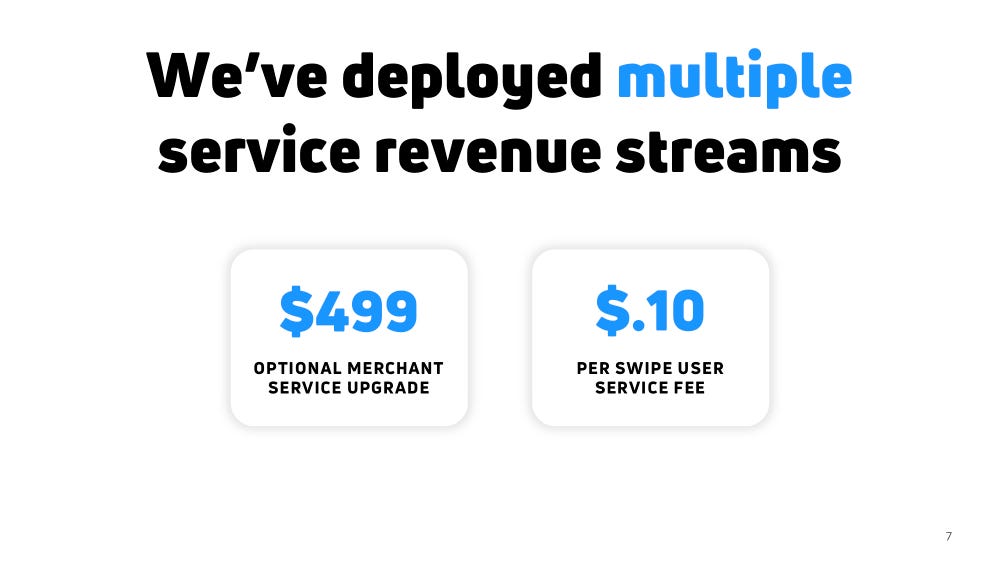 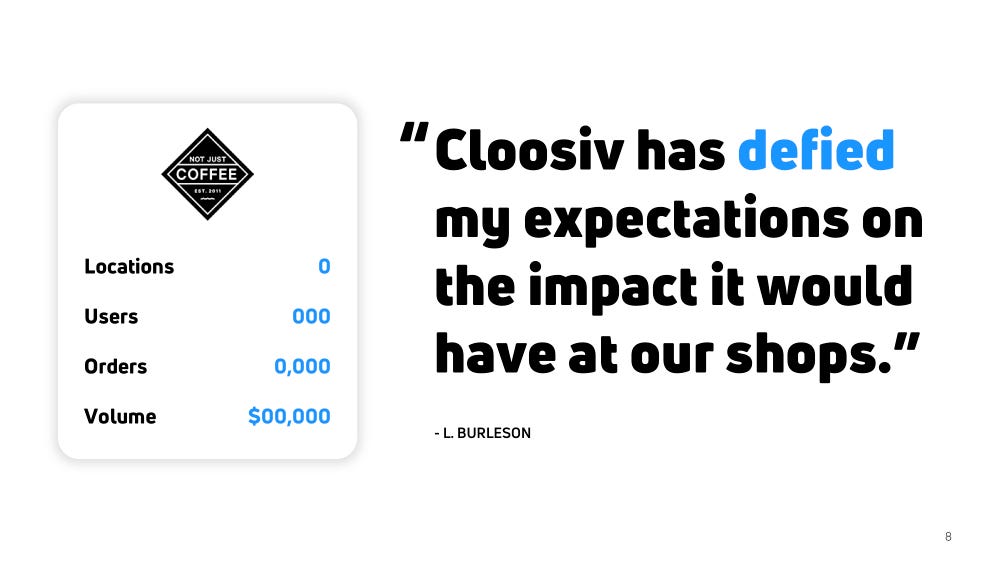 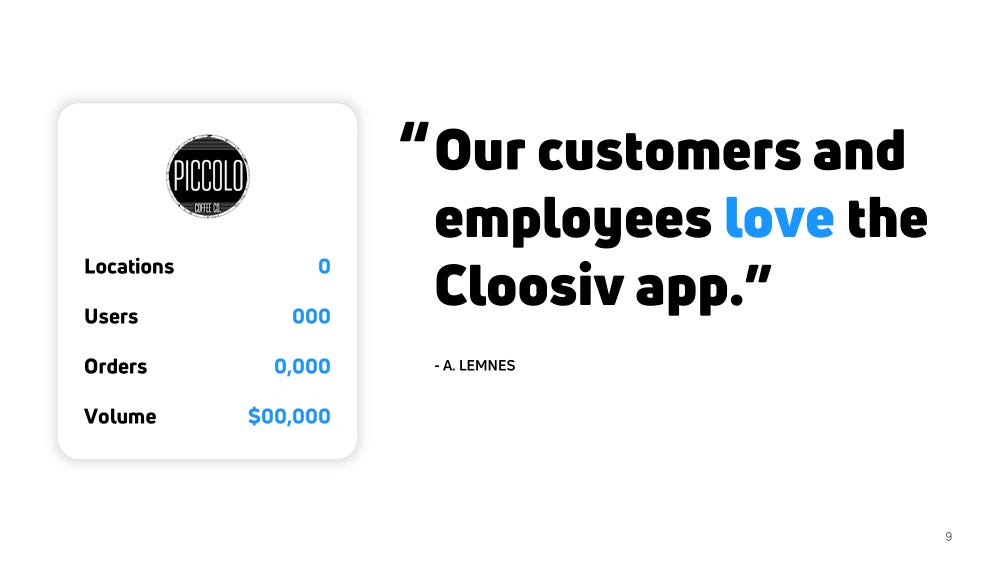 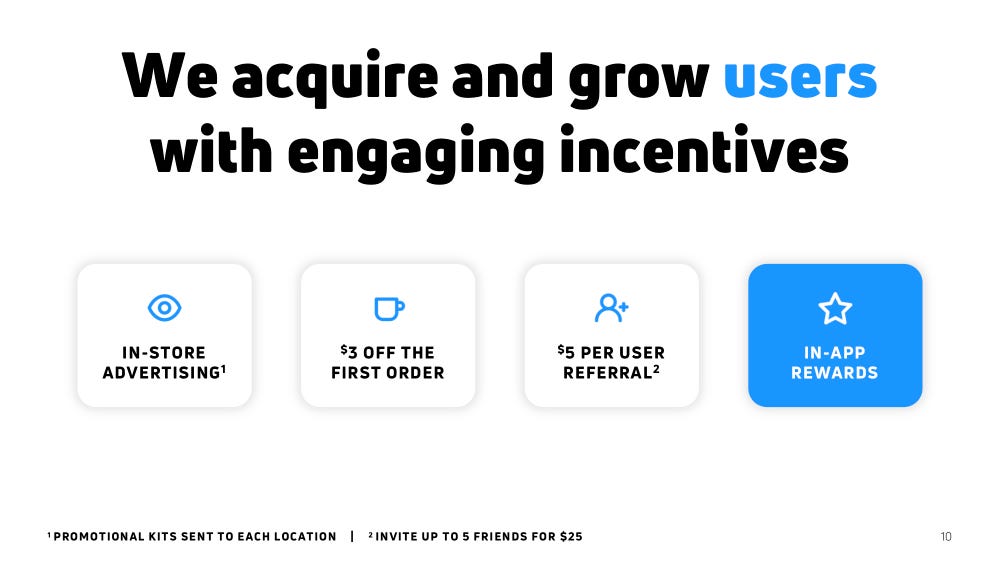 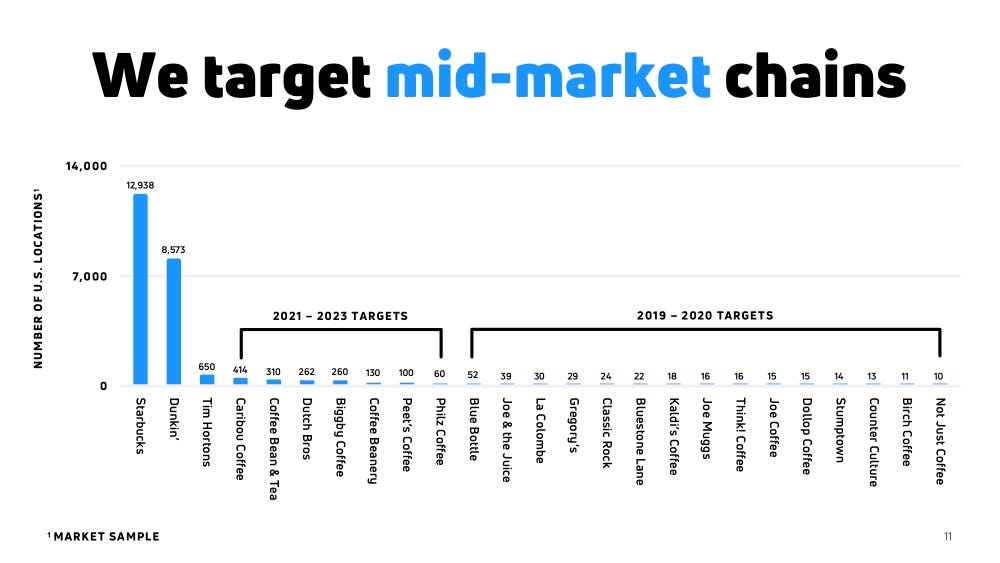 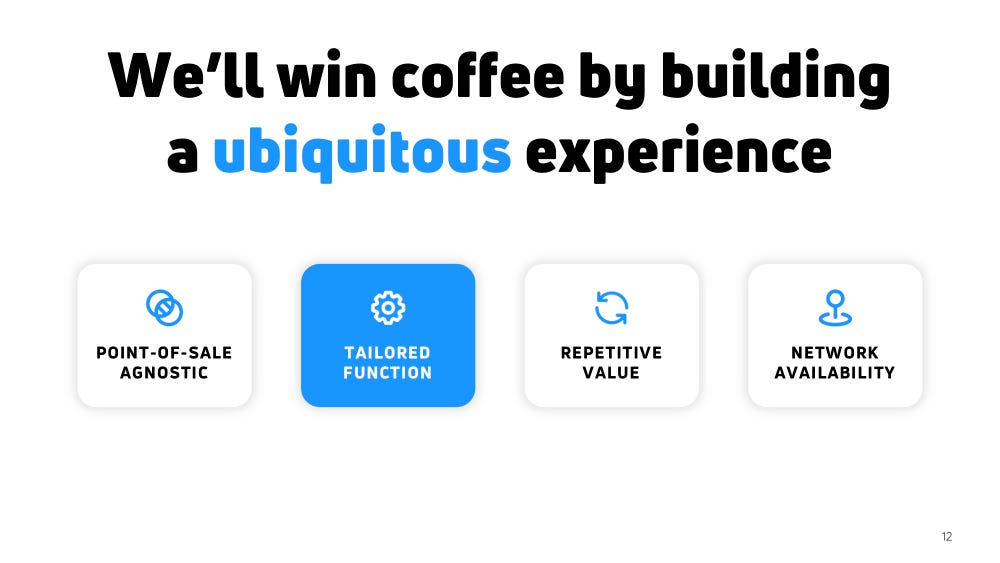 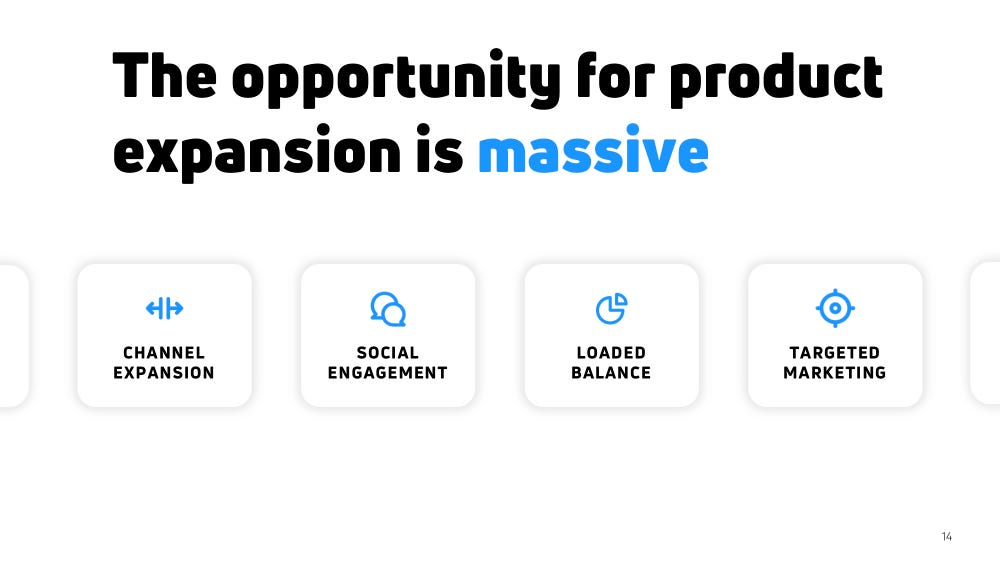 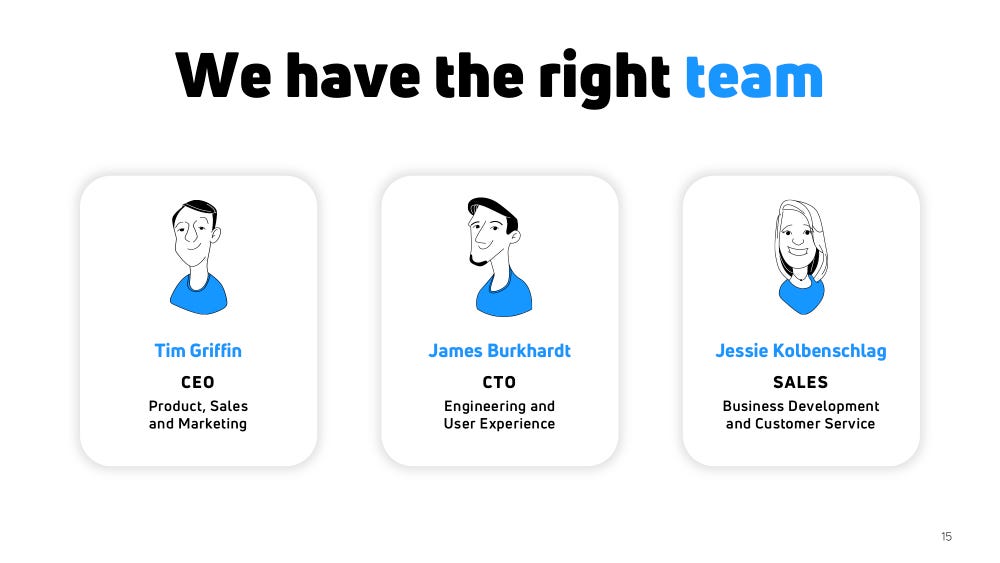 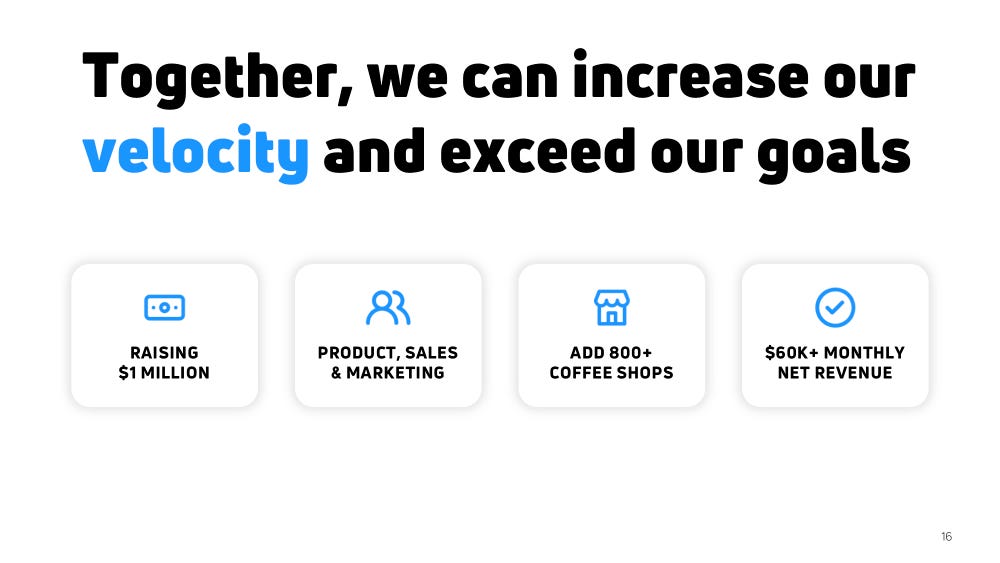 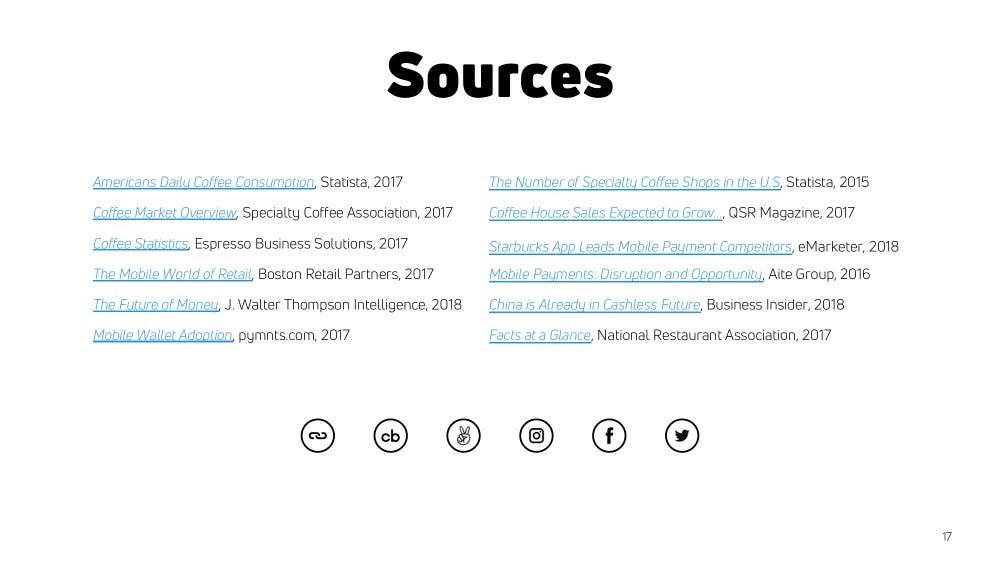 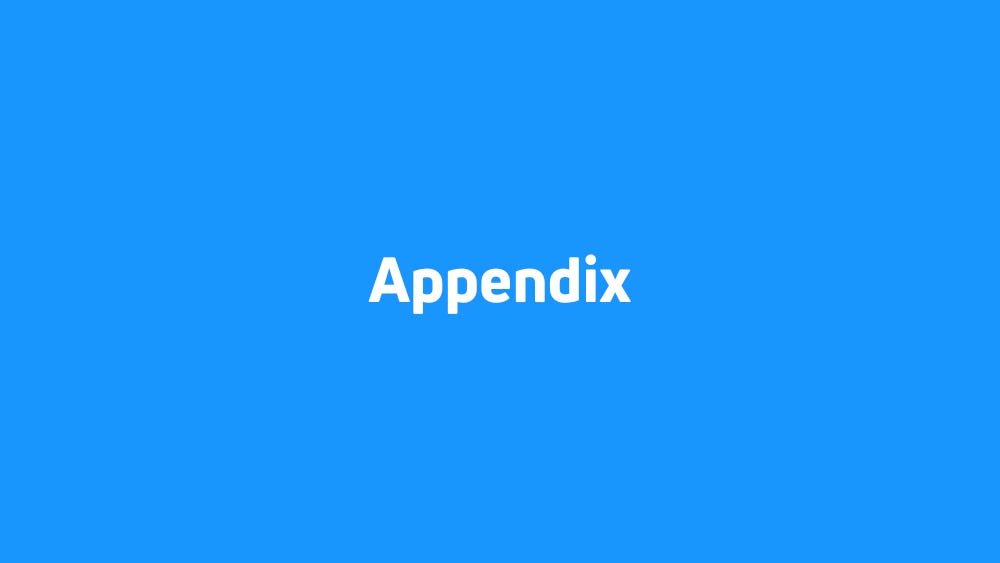 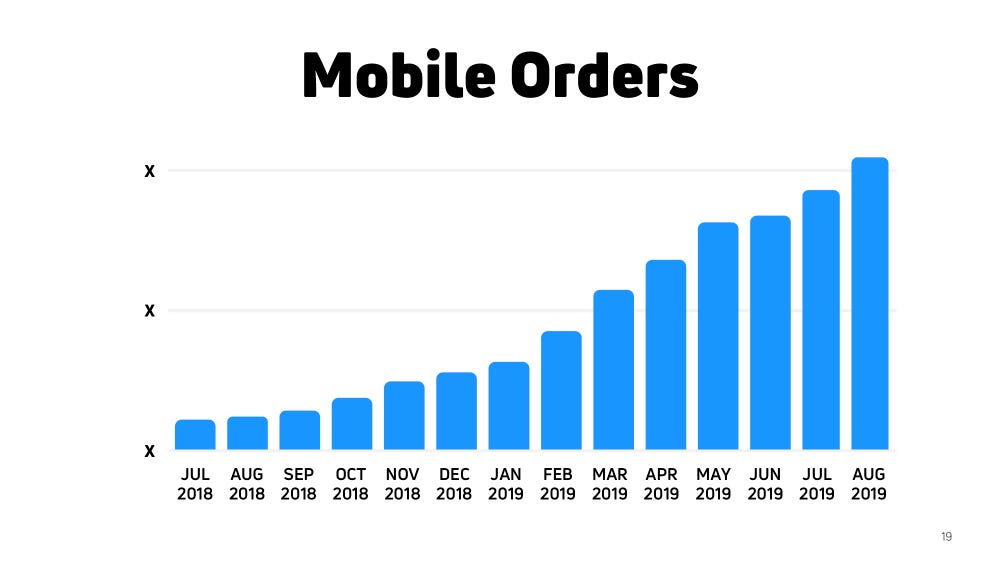 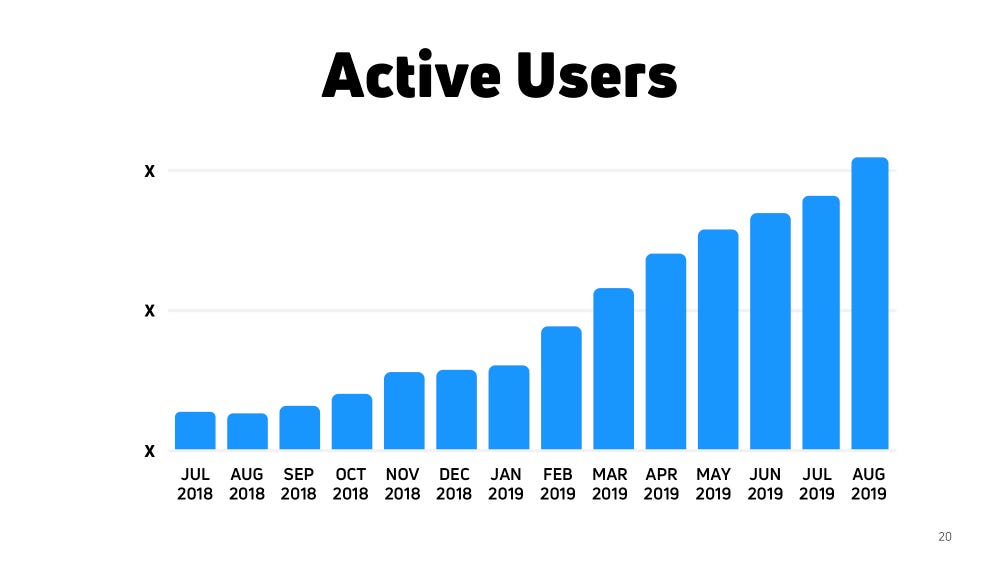 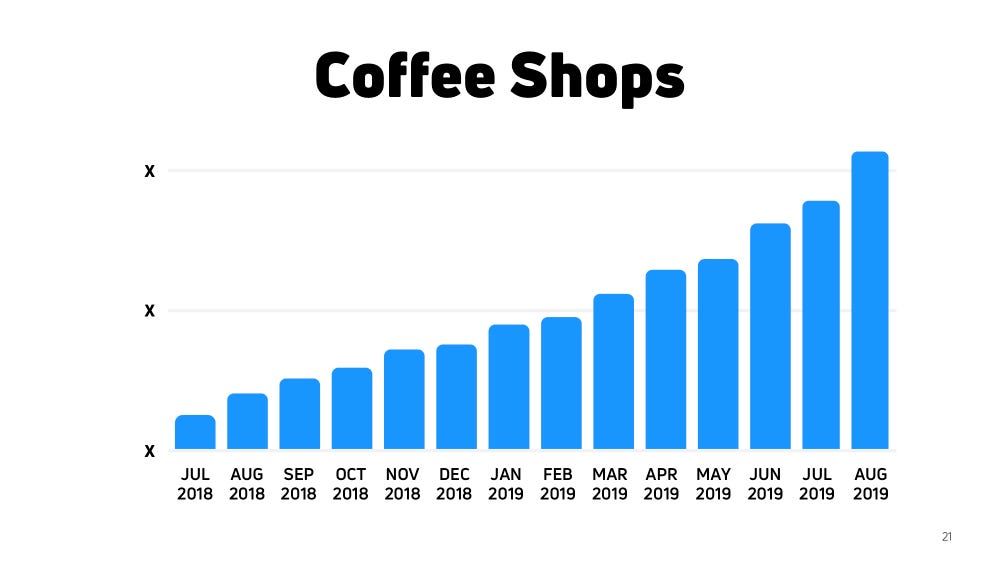 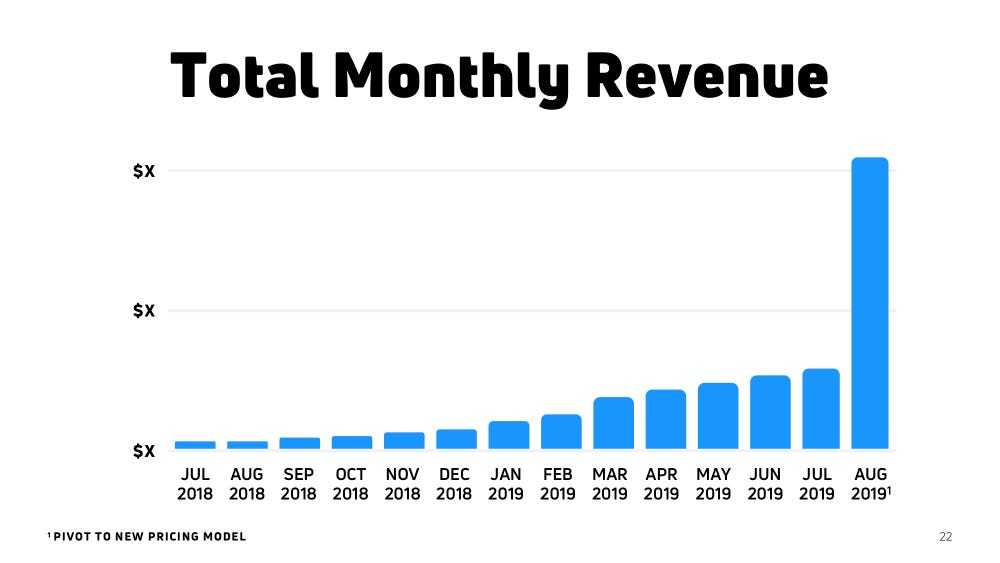