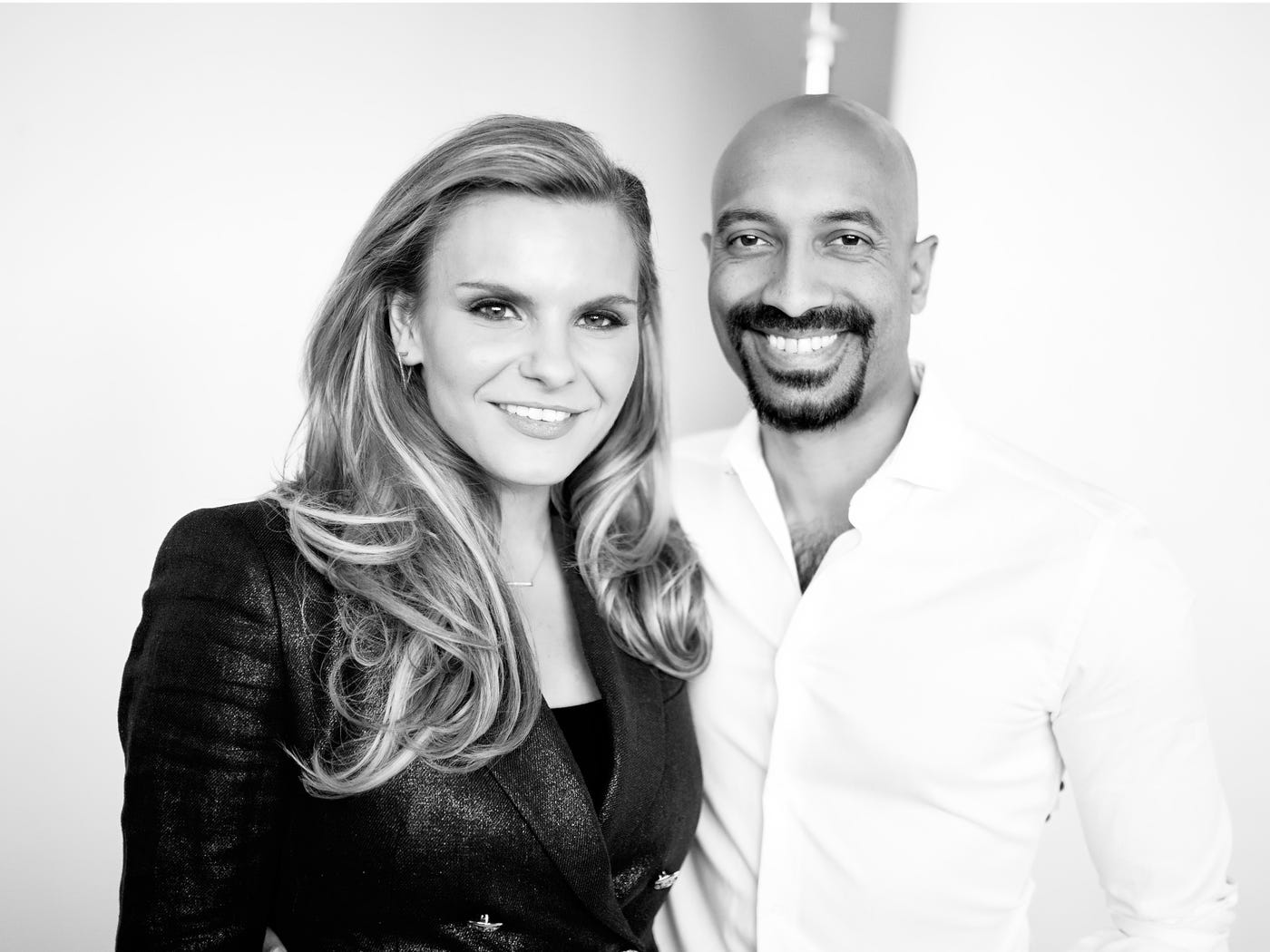 Clearbanc is betting that venture capital is the next in line for disruption, and they just raised $300 million in venture funding to prove it.

The Canadian startup, which provides funding for other startups to spend on marketing and customer acquisition, announced Wednesday a $300 million Series B financing round led by Highland Capital, Inovia, and Emergence Capital. The financing portion of the round was led by Arcadia Funds with participation from Upper90 Ventures.

Clearbanc pitches itself as an alternative to venture capital for startups spending heavily on things like Facebook and Google ads, and this is its second venture funding round in less than a year. According to Pitchbook data, the company closed a $70 million Series A in December.

Clearbanc claims to automate the pitching process using a machine learning model that can supply companies with anywhere from $10,000 to $10 million in funding instead of giving up a portion of the company to an investor just to turn around and spend the funds on ads. This model works particularly well for ecommerce startups that need to get in front of new customers to grow, according to Gary Vaynerchuk, CEO of VaynerMedia and Clearbanc investor.

So how was the Clearbanc team able to sell traditional venture investors on a model that is in direct competition with their own? Here’s the pitch deck that convinced investors that disruption could be worth $300 million. 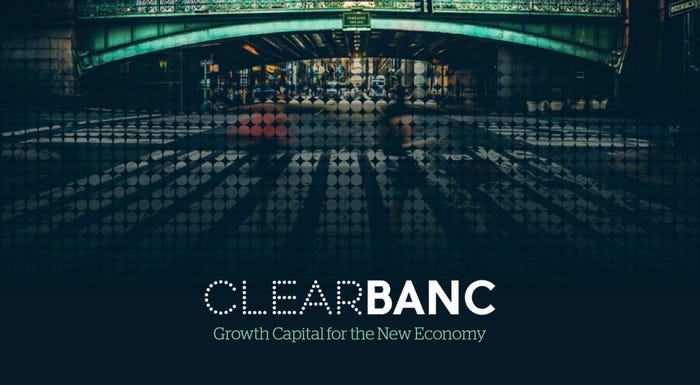 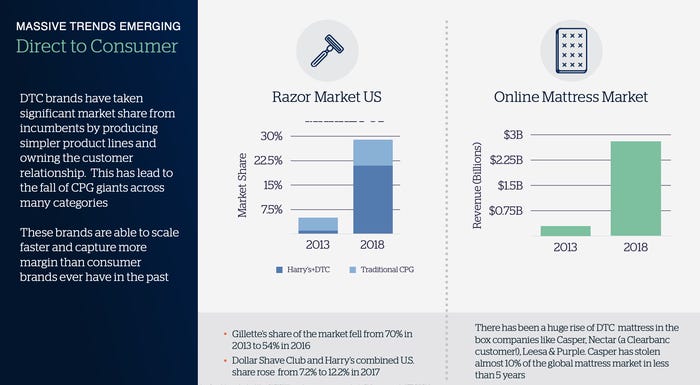 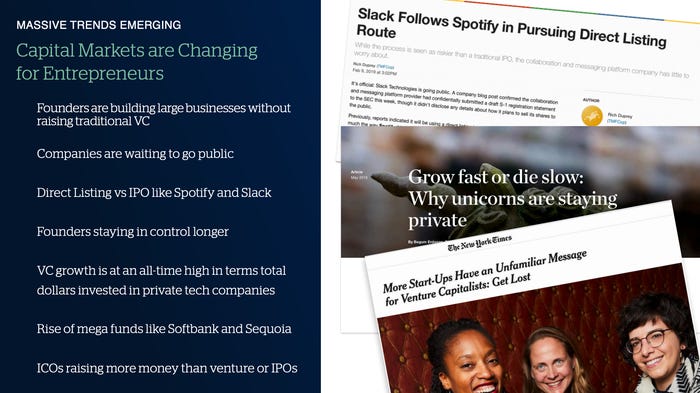 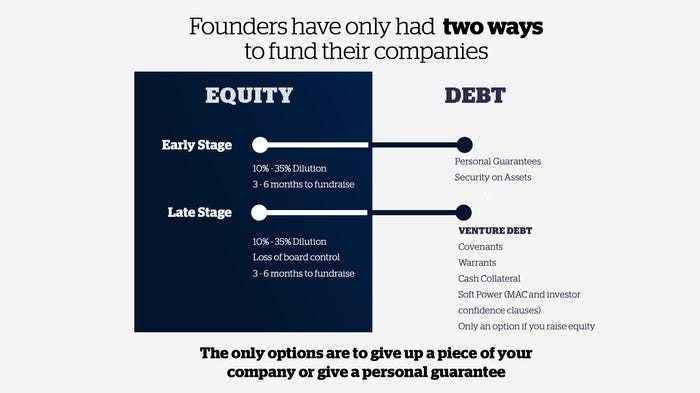 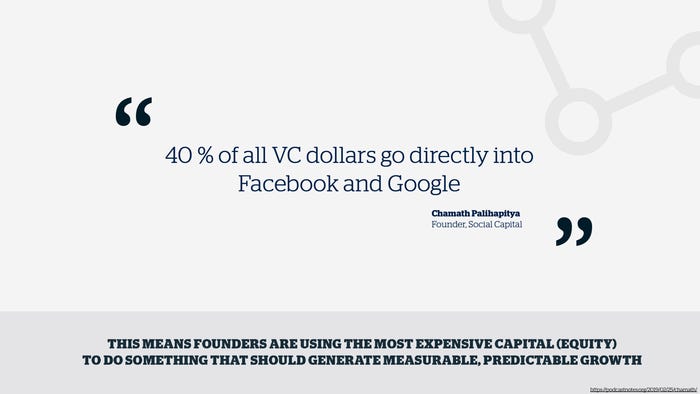 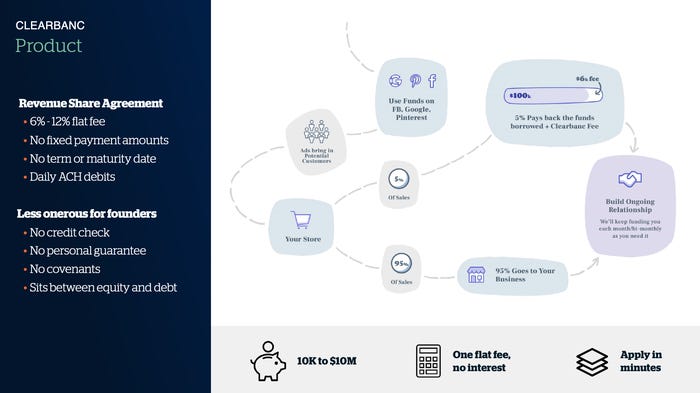 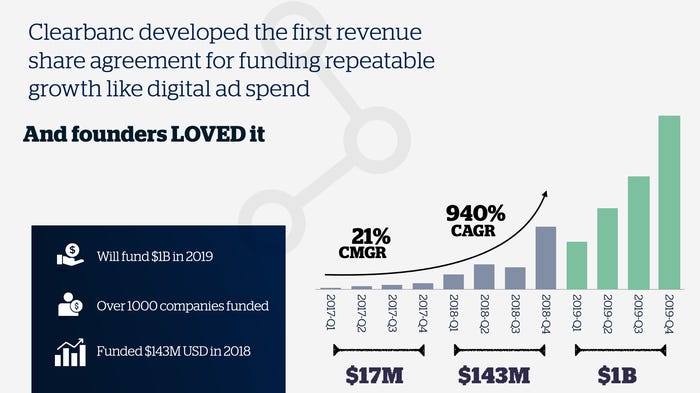 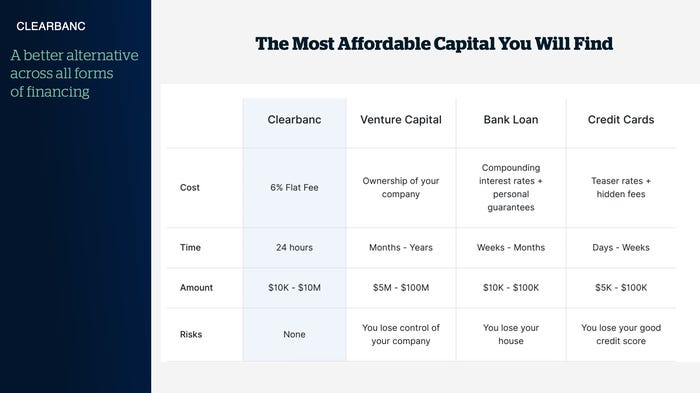 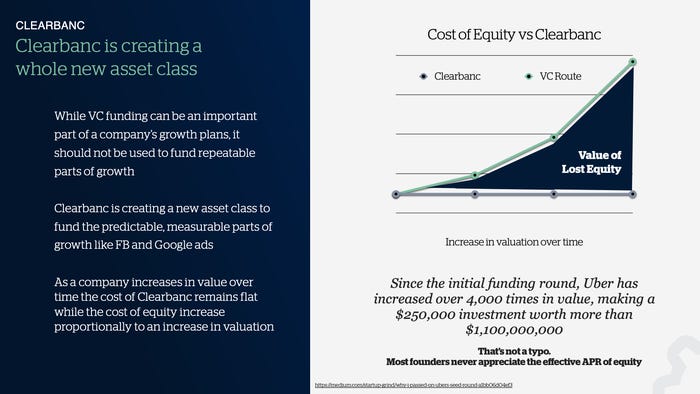 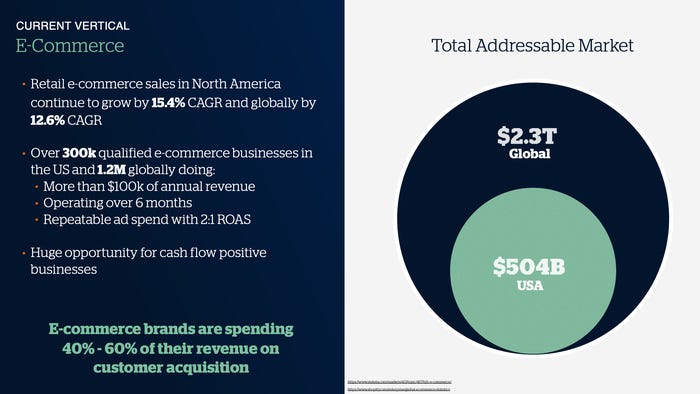 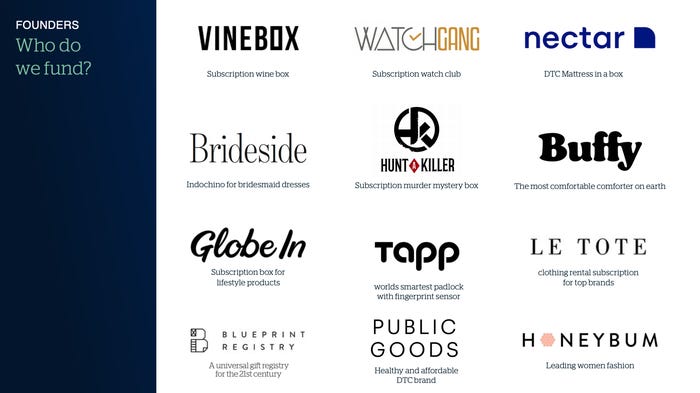 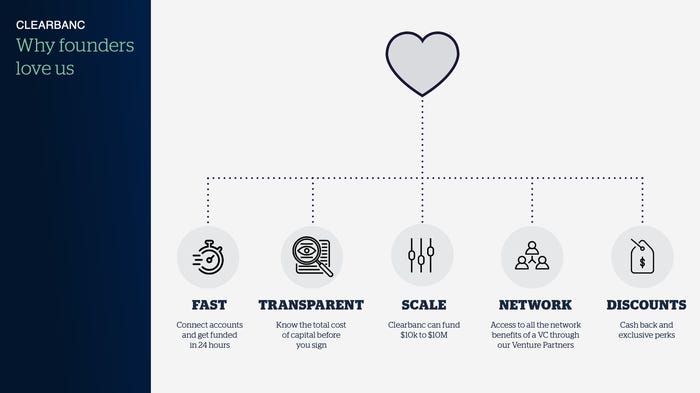 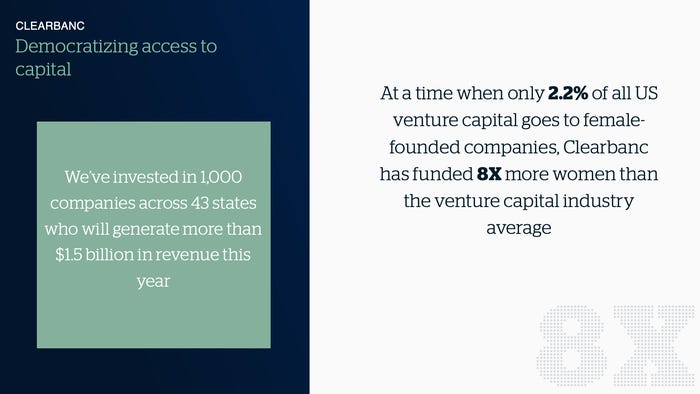 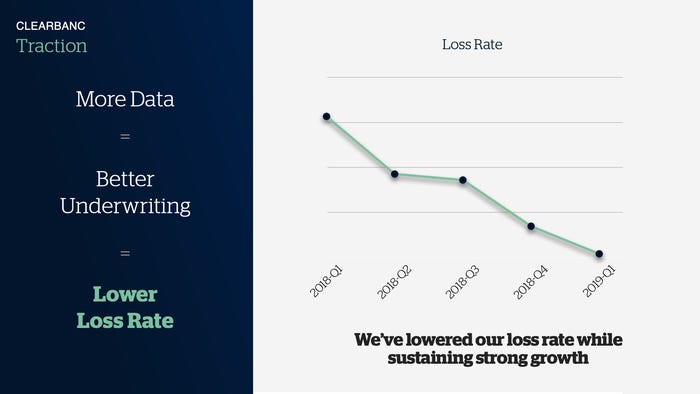 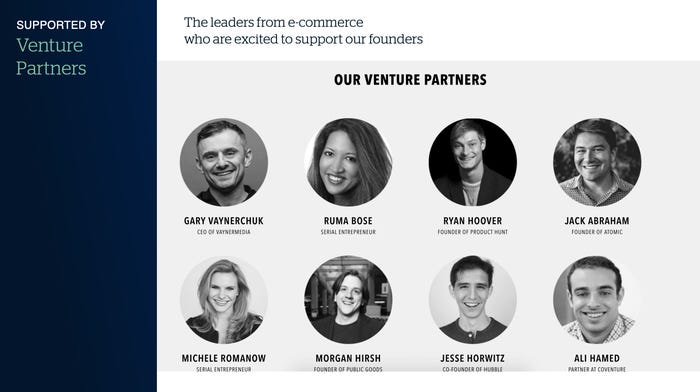 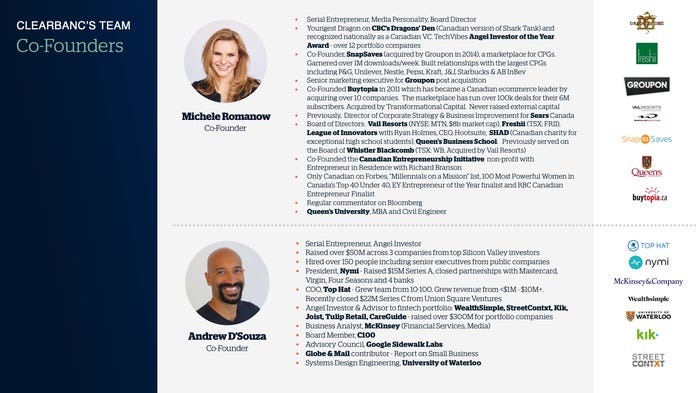 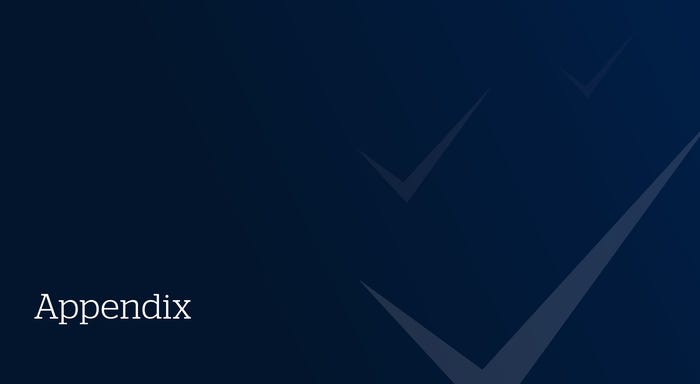 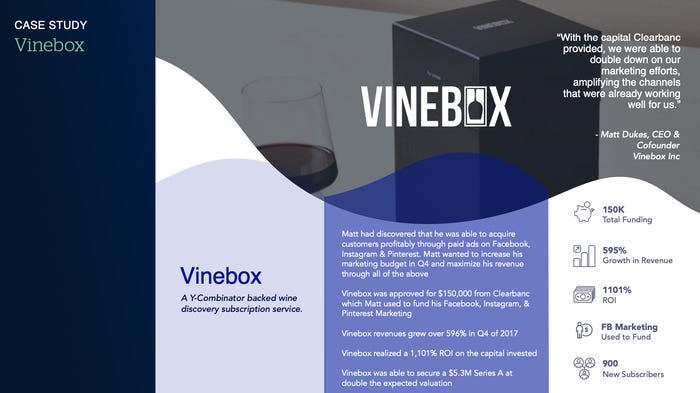 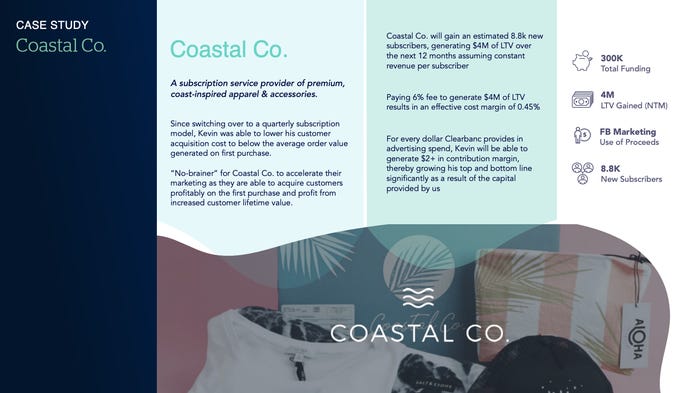