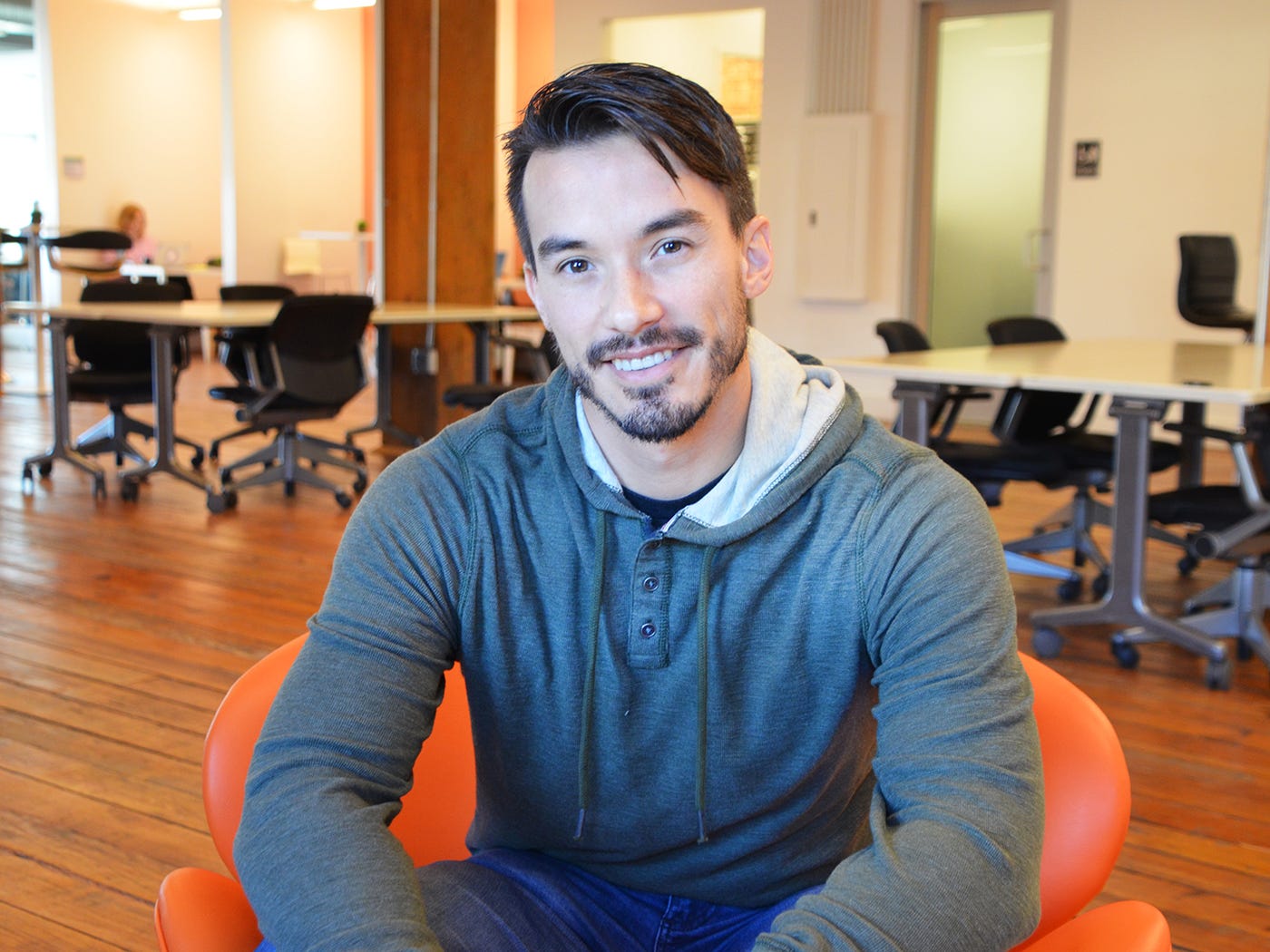 Machine learning is a method of data analysis that automates analytical model building. Sas Institute, a leader in the online analytics space, describes it as “a branch of artificial intelligence based on the idea that systems can learn from data, identify patterns, and make decisions with minimal human intervention.”

These systems account for the suggested items you see while shopping on Amazon, the recommended programs offered on Netflix, and the calls or texts that go out from credit card companies alerting customers on potential suspicious activity.

Working with many types of businesses over the years, Moody knew that naturally customers would come and go in the lifespan of the business, but he wondered if there was a way to automate red flags to know when that might happen. He thought if he could help his clients predict this, it could help them maintain their best customers longer.

Iterating on the product to prevent churn

The first versions of what is now the Bellwethr platform noted indicators of potential customer dissatisfaction, such as calls to customer service and late payments, then predicted how likely the customer would remain a customer and for how long based on large numbers of subscriber data.

After he’d built out this early model and was seeing accurate predictions for customer turnover, Moody was asked to present at a machine learning conference in Berlin. In the audience was a research scientist who was also involved with the Kansas City chapter of Techstars, a startup accelerator that happened to be in Bellwethr’s backyard.

It was during a pitch to VCs that Moody was presenting while participating in Techstars that one of the mentors actually said, “Now what?” At that time, the software was a predictive churn model only, so when asked what the clients do with that data, Moody had to say, “I don’t know.” The next question identified the potential churn of Bellwethr’s own clients when the VC asked, “What if clients don’t do anything?” Moody had to respond with, “Then I guess they’ll run out of customers eventually and they won’t be our clients for very long.”

This feedback took Moody back to the drawing board. It was helpful for his clients to know what kind of turnover to expect from their customers and to be able to tell them what those warning signs were, but it needed to offer some solutions to truly be valuable.

The next iteration of Bellwethr was the “Retention Engine,” which flags warning factors but then allows actions to be assigned to counter the expected churn. These actions could be to send a specific sequence of emails to customers that were nearing the danger zone, answer frequently asked questions, or otherwise address issues that had people canceling their service. Then, a milestone would be entered in (such as, “Is this customer still a customer three months from now?”) and would indicate whether the action was successful or not, and at what rate. Additional actions could also be loaded in and tested to see if something else was more effective, such as a mailed letter or set of postcards or a gift of some kind.

Advancements to the Bellwethr software were then added that included options to “win back” the customers, noting which tactics were most successful and with which types of customers. This allowed for not only a/b testing (for example, “Would the series of emails work or would the mailed letter work?”) but for a/infinity testing.

Now, the software is able to not only predict the customers at risk of canceling but allows the company to deploy methods within the same platform to keep them. By not only recognizing the warning signs but also testing win-back strategies, Bellwethr could address initial VCs’ concerns and help its clients keep customers longer.

Today, Moody said Bellwethr clients can see a reduction of churn by 27% almost immediately, which results in huge numbers of customers — and dollars — staying with the client.

Scaling Bellwethr with a cofounder and VCs

After speaking at the Berlin conference and meeting the first VCs he’d come in contact with, Moody decided that he wanted to grow the business bigger and more quickly than he’d be able to on his own. Courting VCs was a prime way to do it.

In researching what VCs were looking to invest in, Moody learned they’re unlikely to invest in a solo founder. He extended an offer to someone he thought was perfect for the role of cofounder, Daron Jamison. Moody knew Jamison shared the same vision and knew the aspects of the business probably better than anyone else — Daron had actually been an early Bellwethr client while on the leadership team of another company.

Going through KC Techstars in 2018 was one of the first orders of business for the newly partnered founders. Jamison’s skill set in finance and business operations complemented Moody’s product development and sales strengths. It was these abilities, Moody said, that actually seemed to be the thing that VCs honed in on during pitches. While the Bellwethr pitch deck always detailed goals and results, Moody said that what seemed to seal the deal was that Bellwethr had experienced founders.

“This wasn’t my first rodeo,” he explained. “They liked that I had developed and sold products before. That, and our personal abilities, seemed to be the thing they were betting on.”

Evolving the business (and the pitch deck)

Just as the Bellwethr software continuously learned and evolved, so did Moody and Jamison. Moody said every pitch deck they created became obsolete almost immediately. They developed better analogies to communicate the software’s capabilities, graphics that mapped the process, and focused on whatever core metric they could at the time. They saw each presentation as an opportunity to learn what made sense to their audience and what didn’t, no matter the audience.

Initial versions of the pitch deck focused on how the predictive model worked and how accurate it was. Later versions built in the solution mechanisms that had been added to the software — with that flashing 27% reduced churn rate that had VCs taking notice.

Now what? What’s next for Bellwethr?  For machine learning — and Bellwethr — the possibilities are endless. Moody envisions Bellwethr solving problems and creating solutions for many years to come, for many types of businesses, and is looking forward to the challenge. 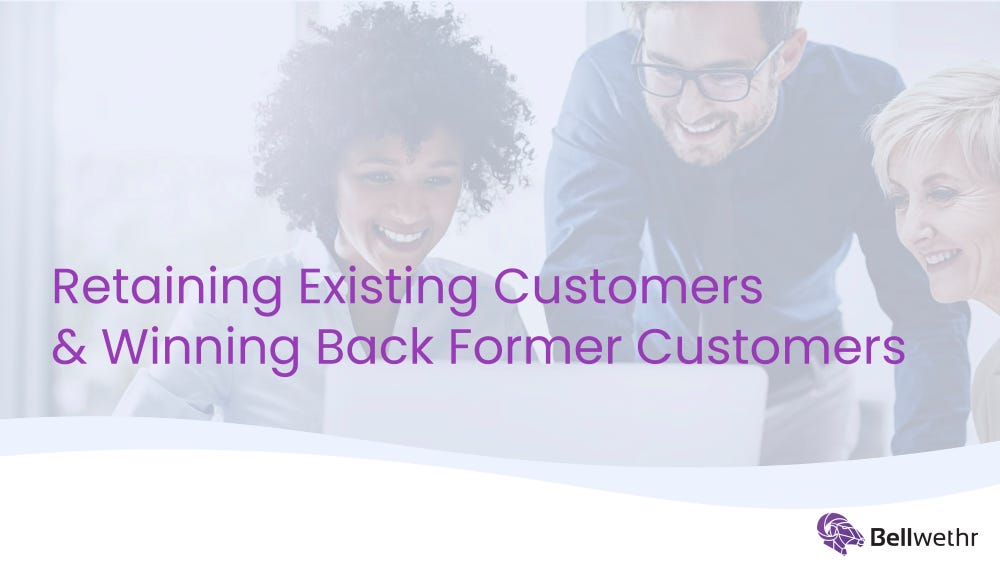 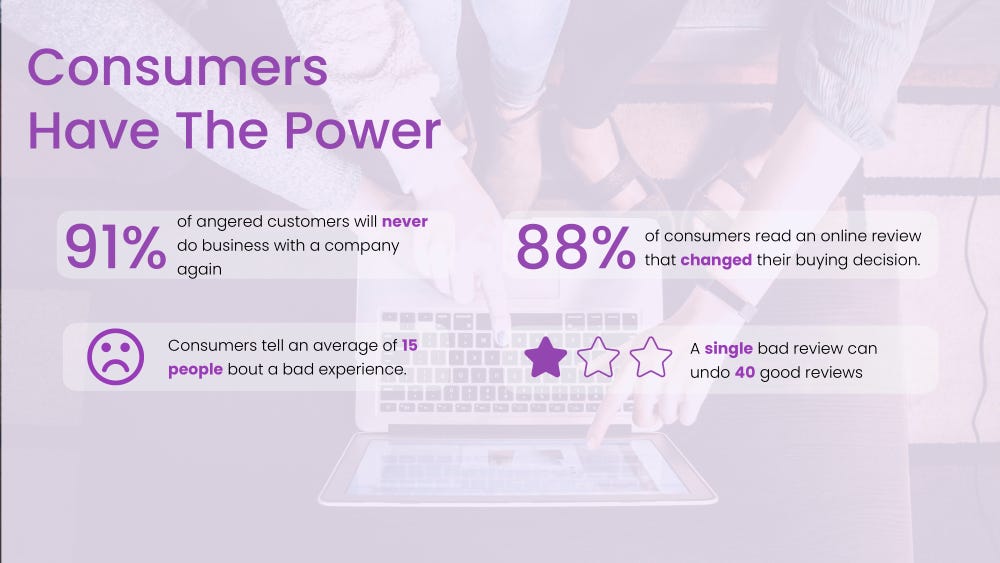 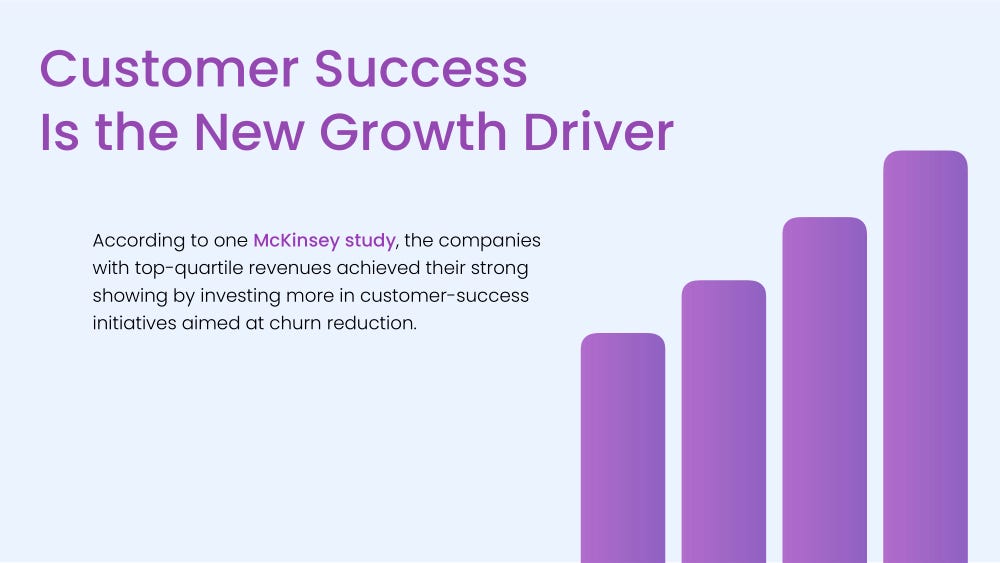 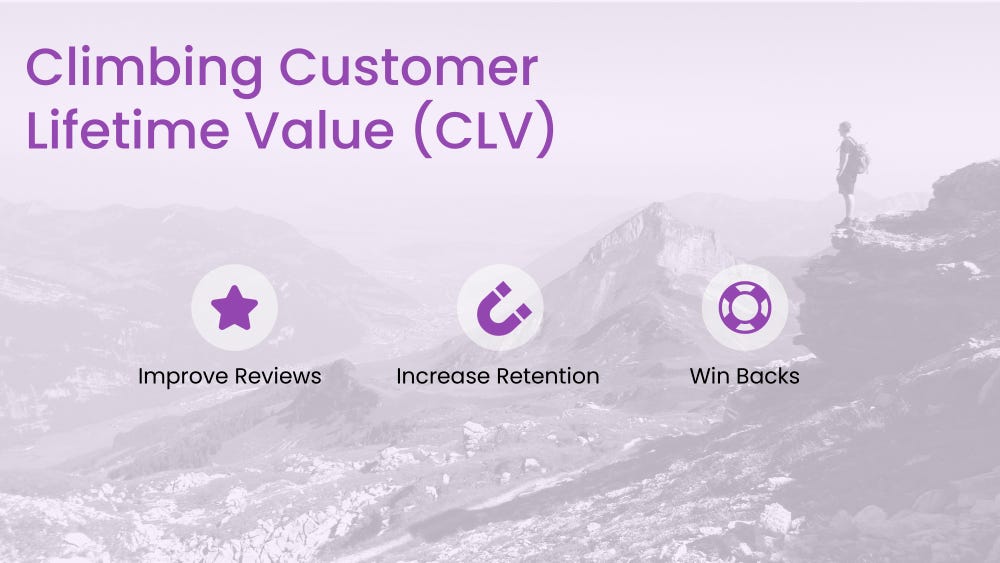 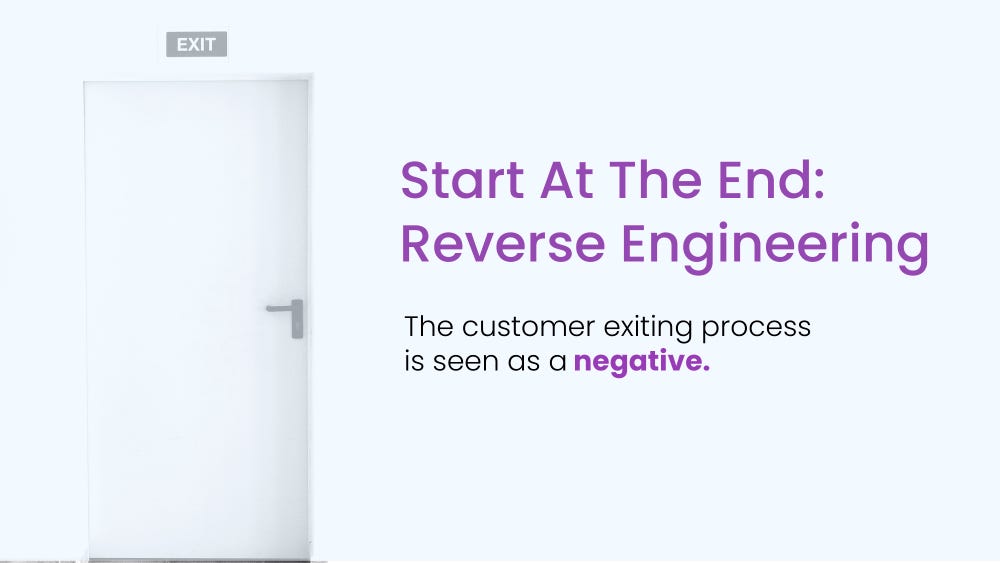 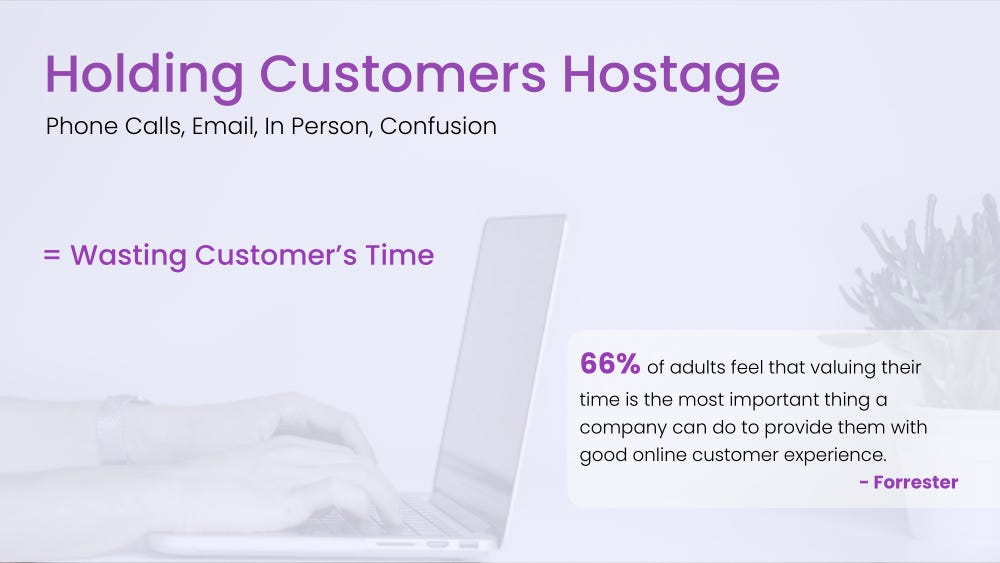 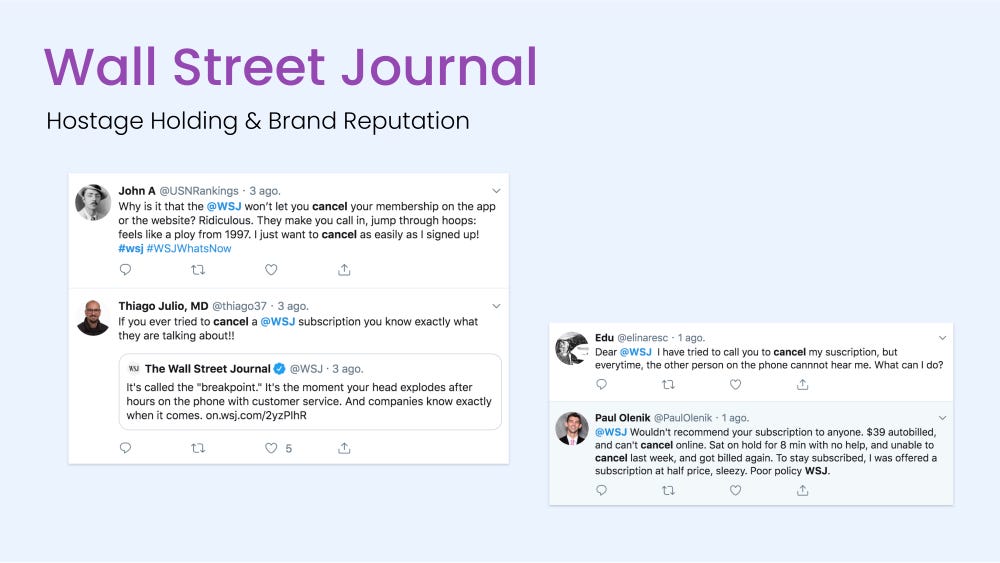 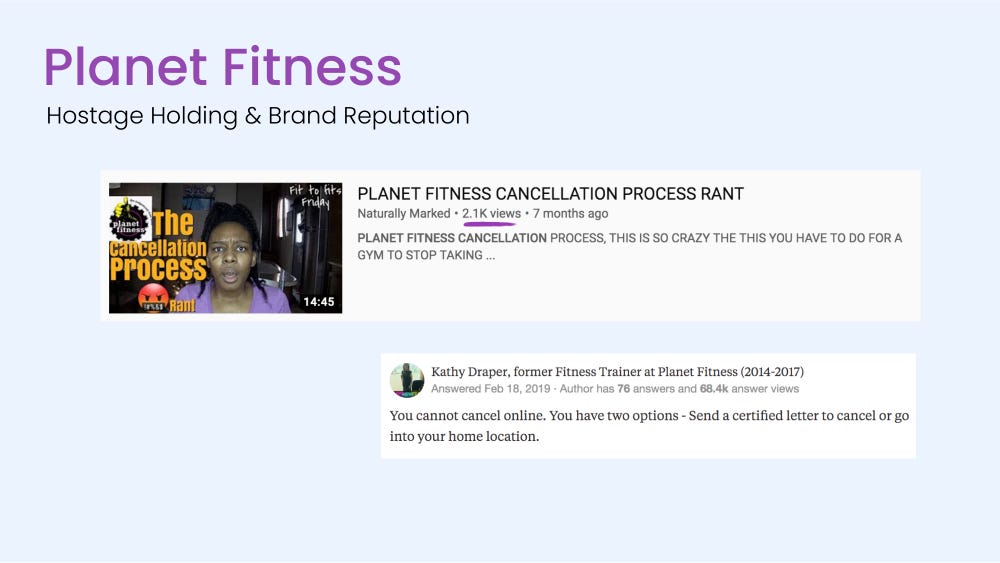 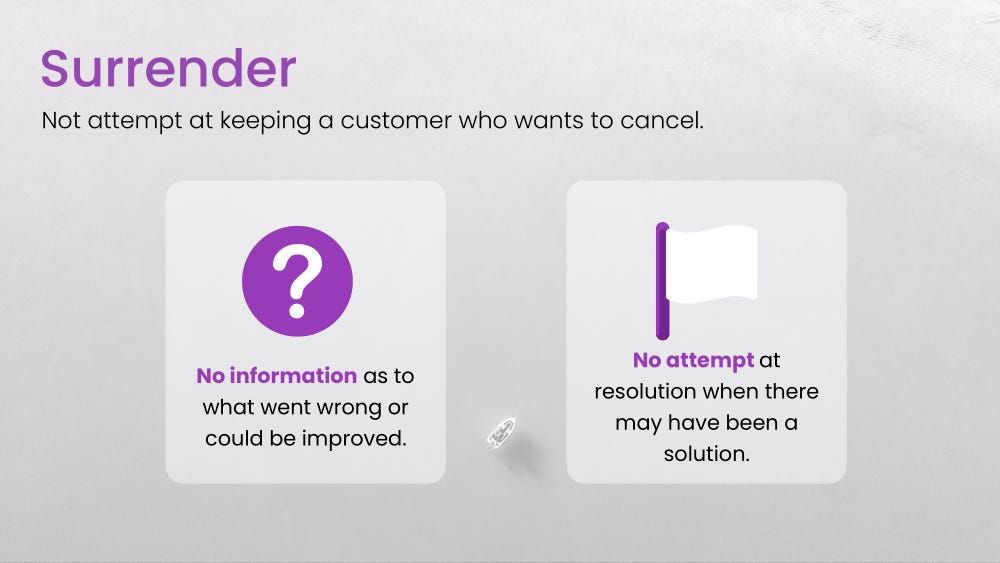 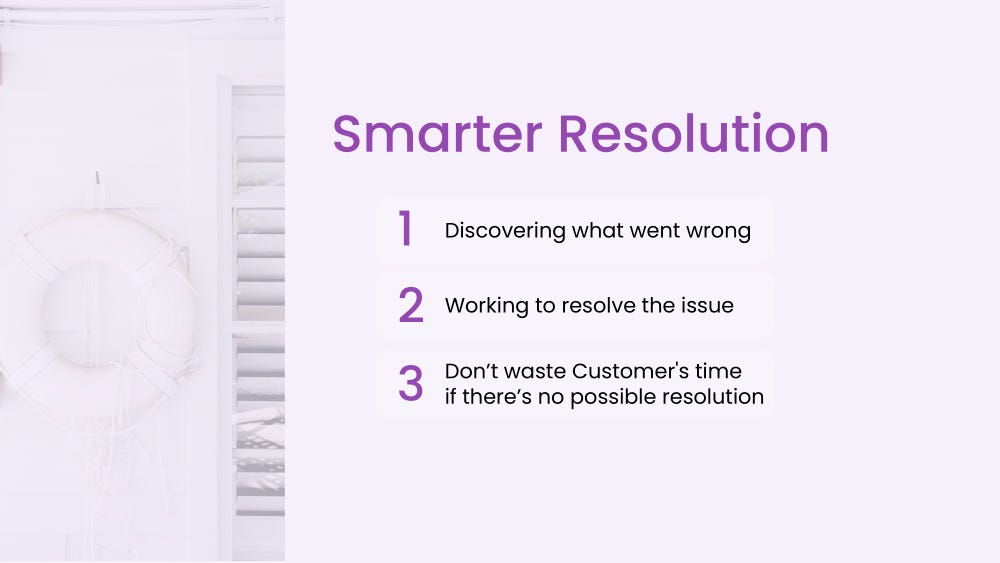 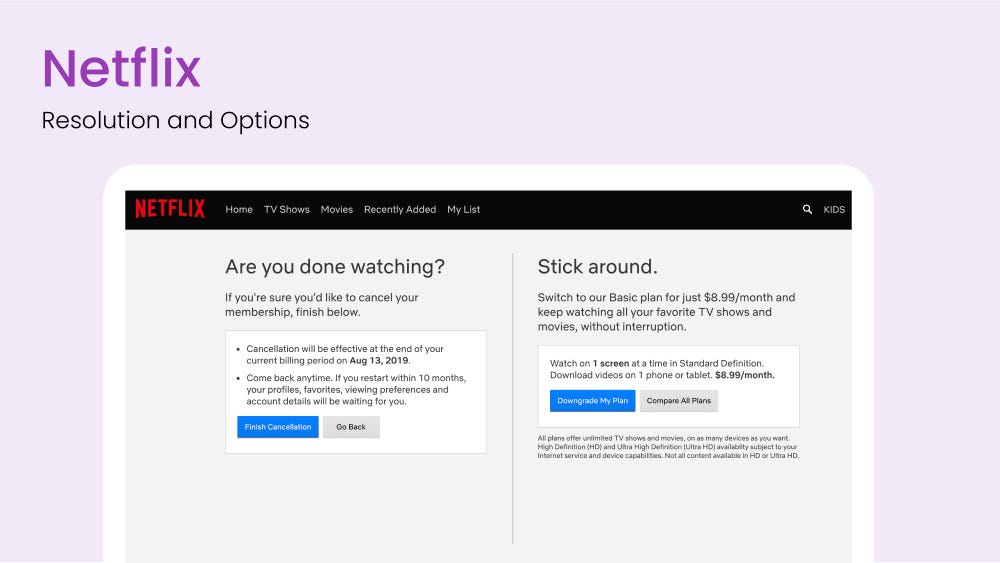 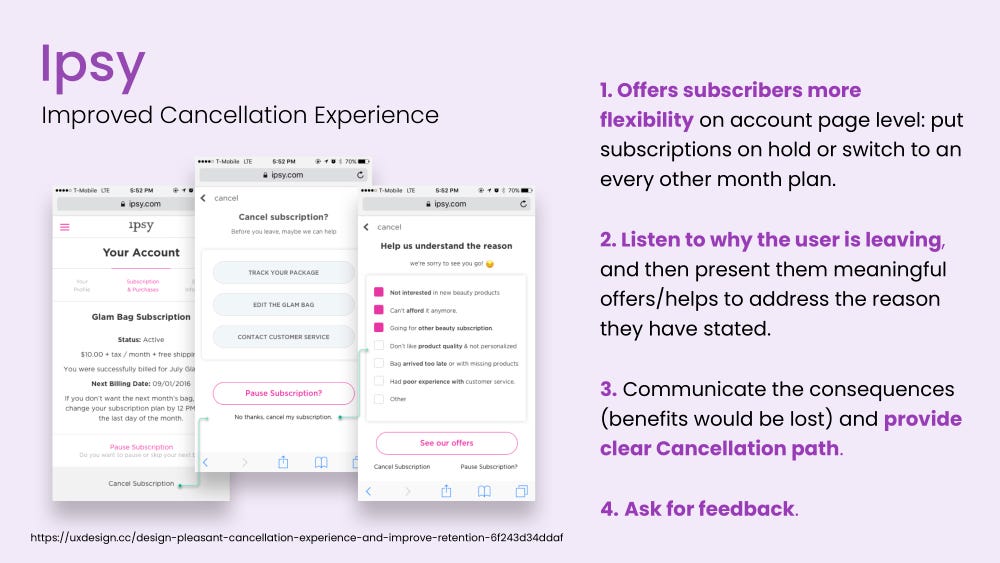 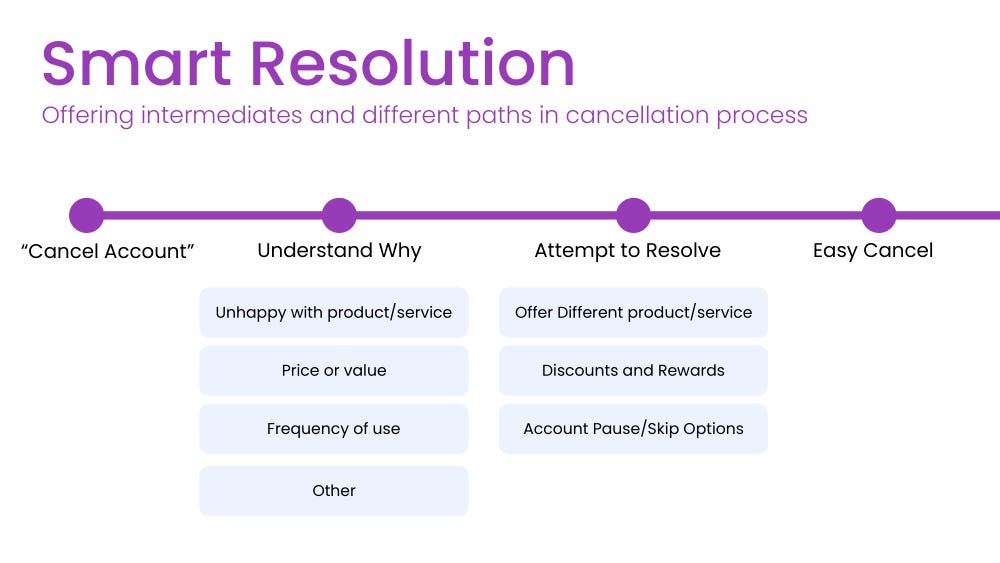 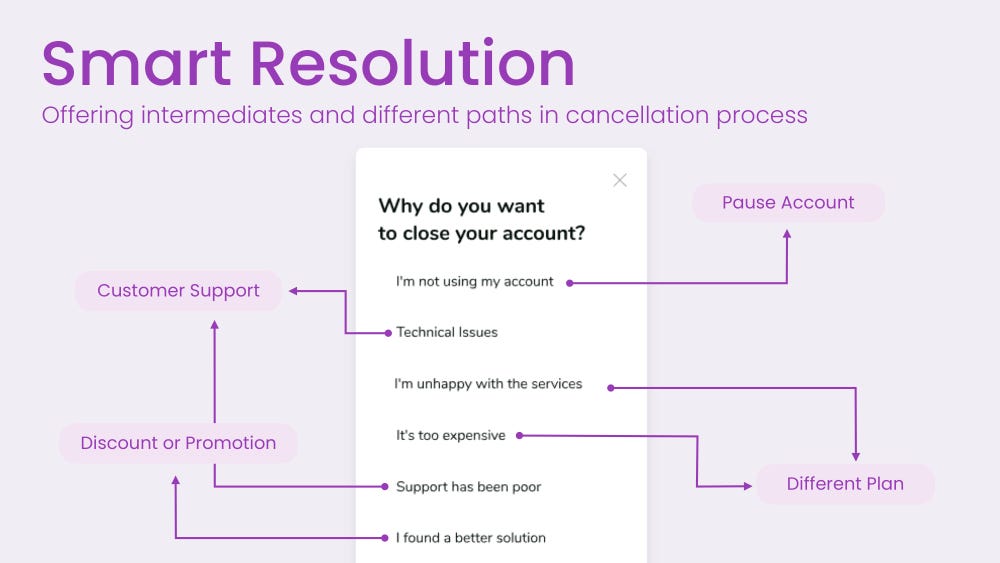 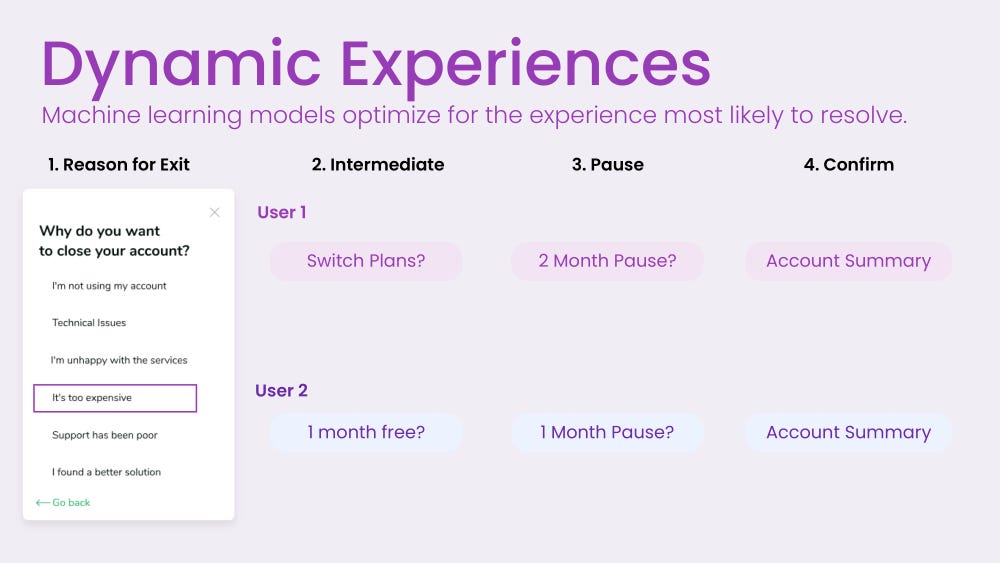 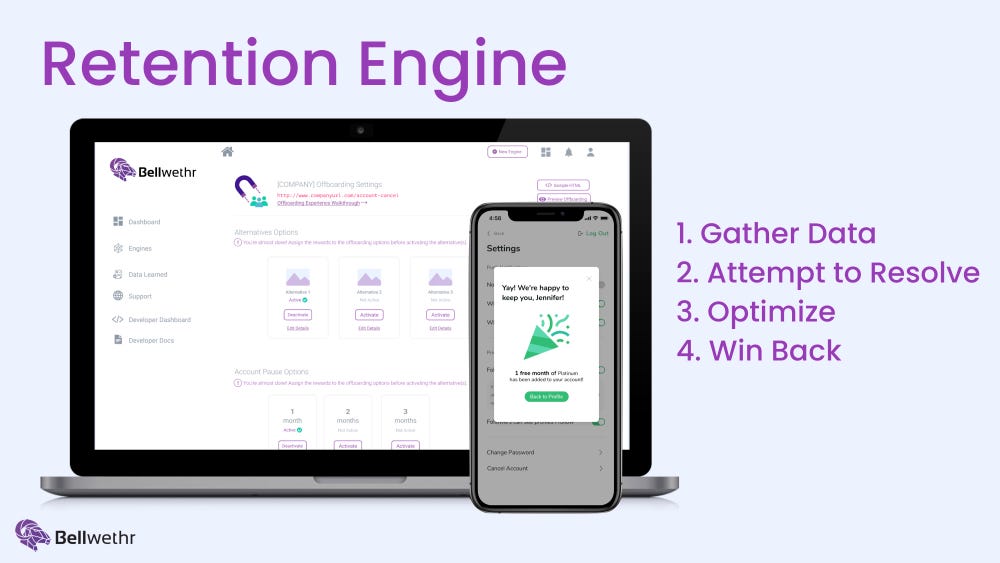 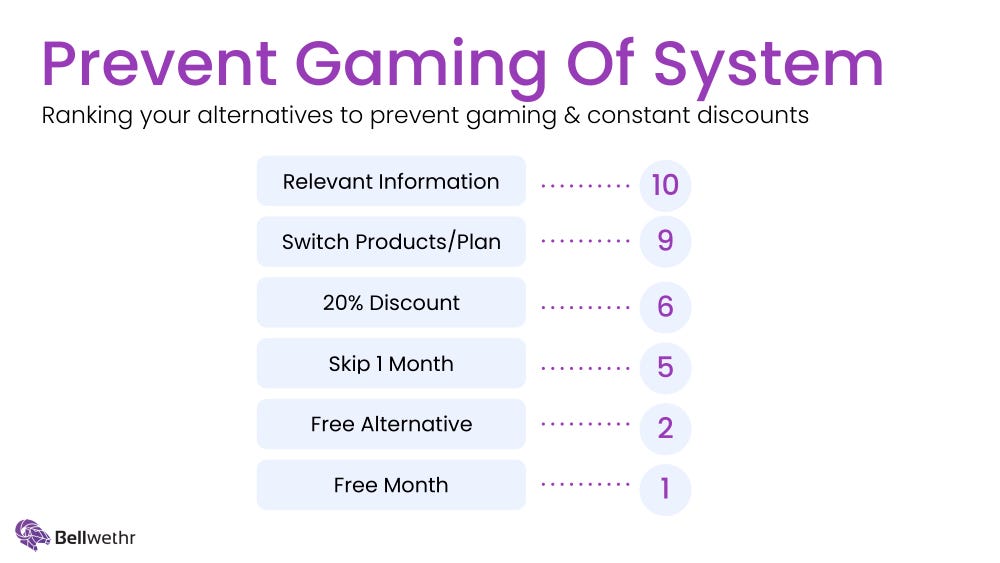 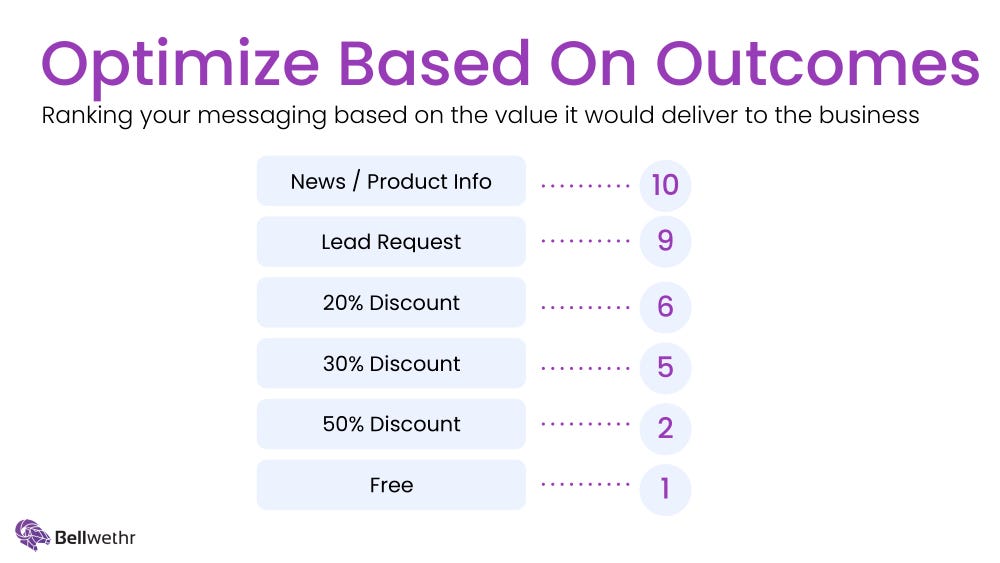 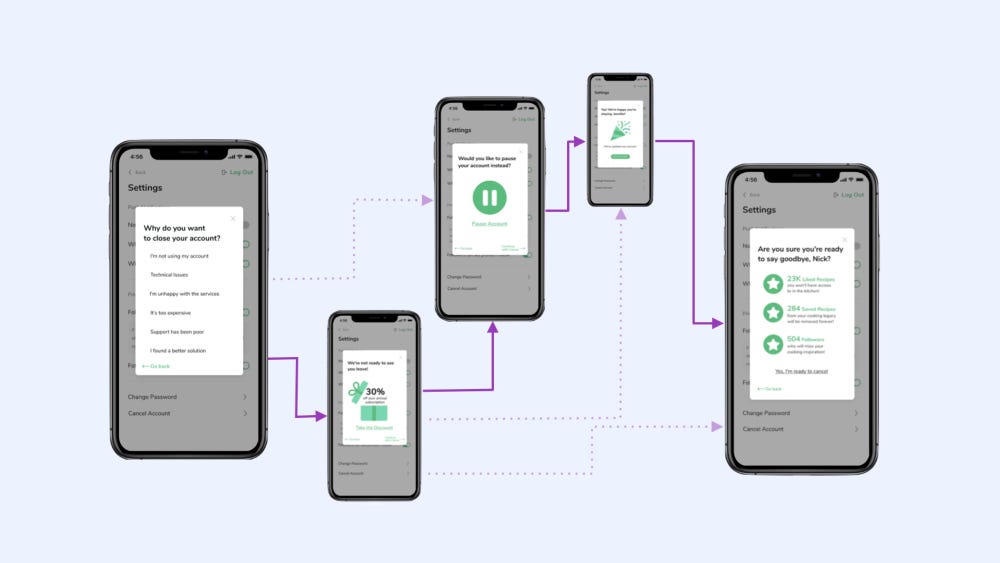 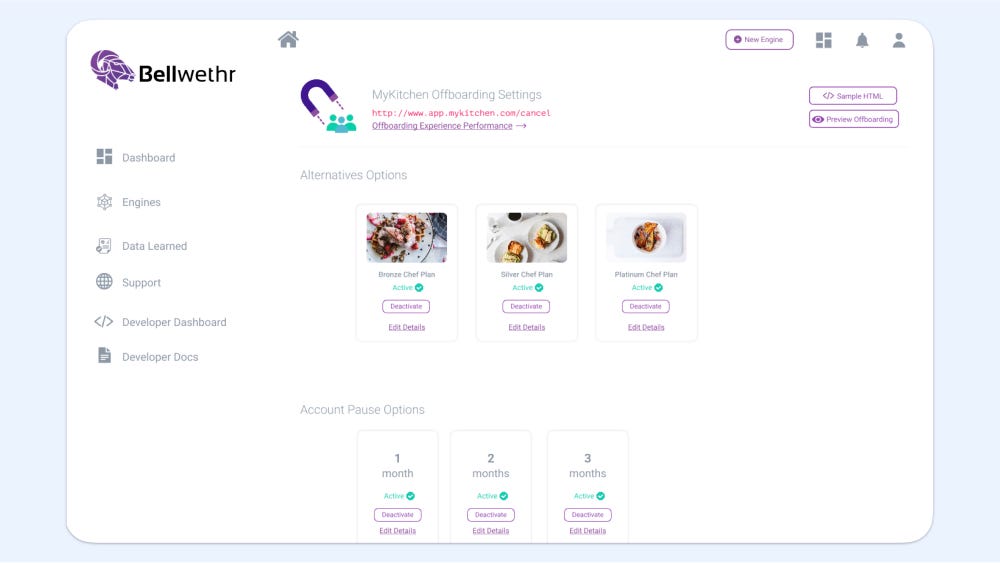 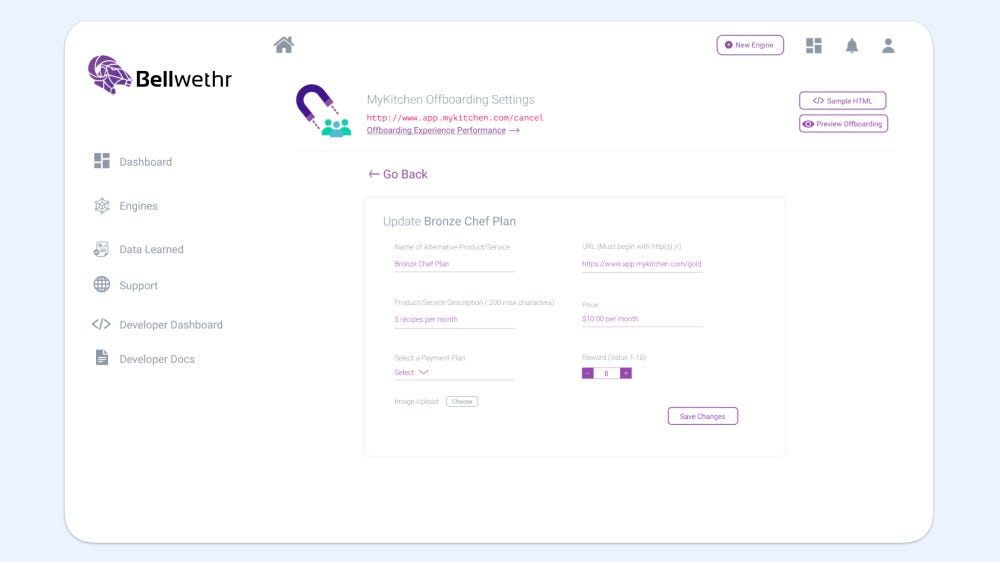 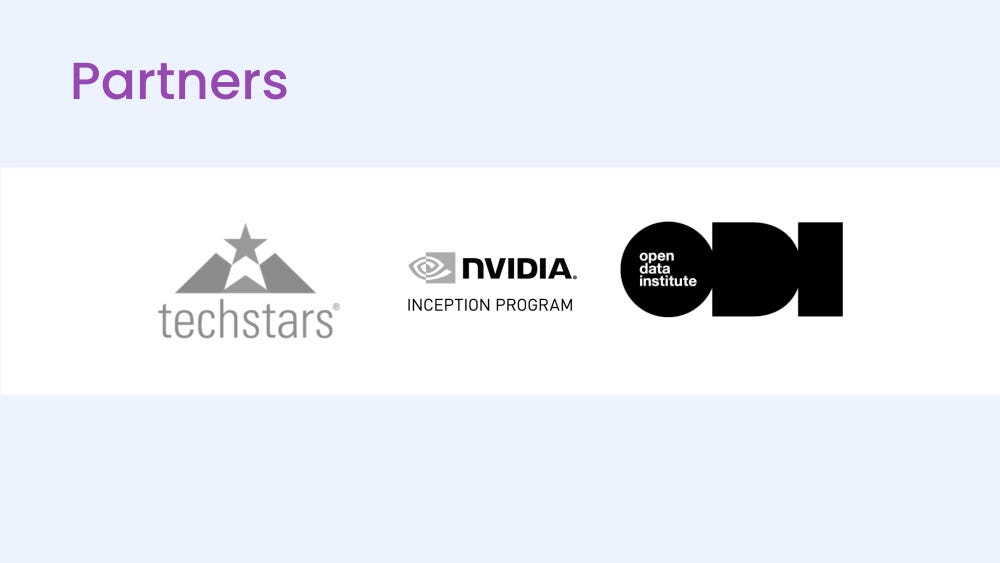