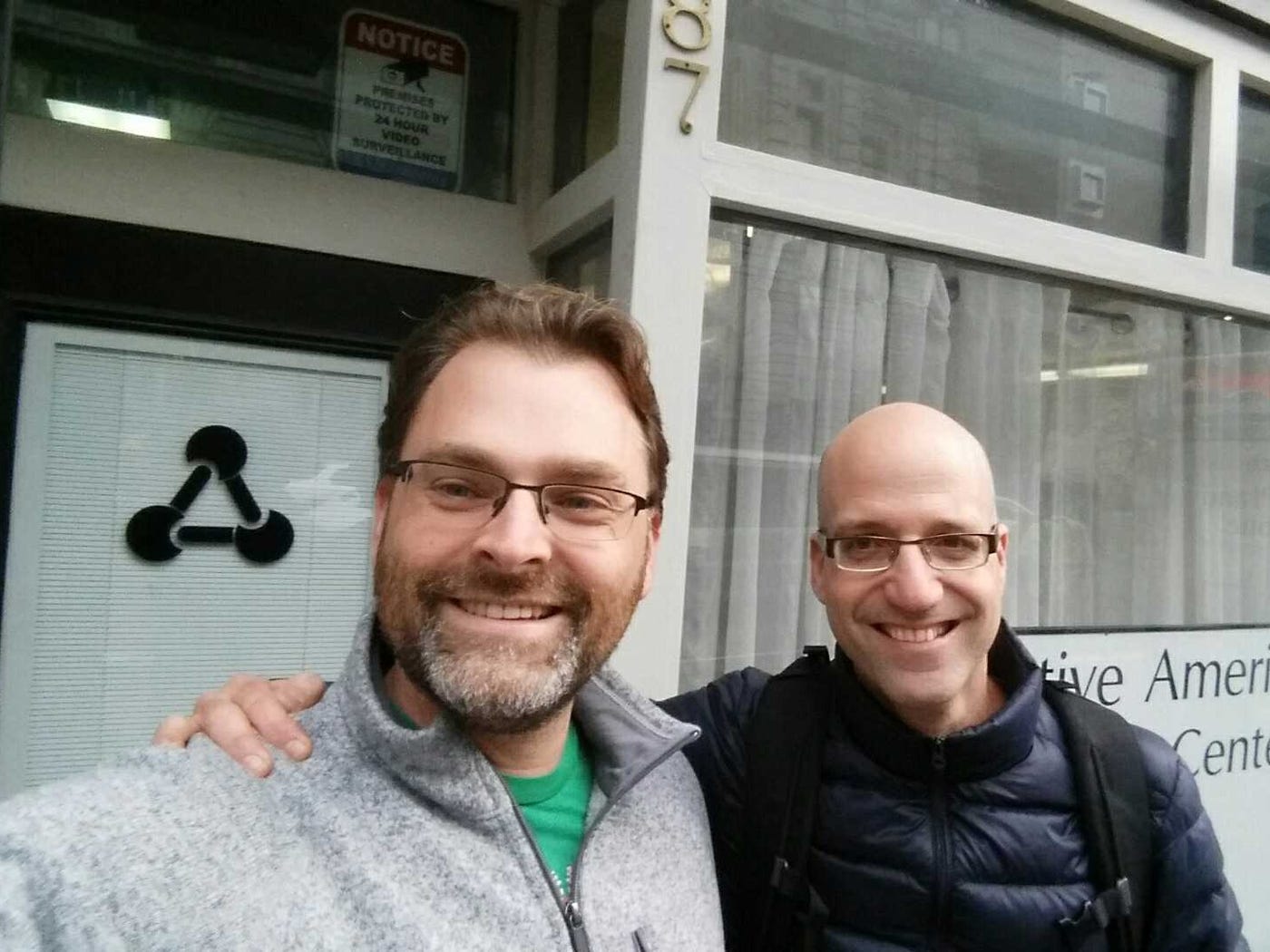 The drug discovery process can take upwards of a decade and cost billions of dollars.

But artificial intelligence promises to overhaul how new treatments are uncovered, and the space is becoming increasingly crowded with startups racing to establish a foothold in that space.

In a sign of how hot the market is, Atomwise announced on Tuesday that it closed a $123 million Series B funding round. That brings its total funding to-date to $175 million. The round was led by B Capital Group and Sanabil Investments, and also included Tencent, Y Combinator, Dolby Ventures, and AME Cloud Venture.

Atomwise uses AI to help drug industry giants like Eli Lilly and Bayer uncover innovative medicines. But unlike some rivals that are trying to find ways to repurpose existing treatments, the firm is focused exclusively on new medications.

It now has over 750 initiatives in place with pharmaceutical manufacturers and academic institutions, according to CEO and co-founder Abraham Heifets.

“We’re able to go after disease targets that no one else can go after,” Heifets told Business Insider.

Drug companies are working to develop their own in-house technology similar to what Atomwise offers, but Heifets argued that those operations could take years to scale and run into unique problems — particularly the need to work across sectors within the organizations that were typically siloed from one another.

“Especially for a big pharma company, what they’re faced with is a cultural shift,” he added. “The real advantage for us is that we’ve been building trust in the marketplace.”

While AI was in use prior to the pandemic, the healthcare industry is tapping the technology to try to quickly discover a treatment or vaccine for the coronavirus. Atomwise, for example, has 15 projects ongoing related to the COVID-19 outbreak.

“If you want to compress time, the ability to work on multiple hypotheses in parallel is very important,” said Heifets.

The latest funding round will be used to, among other things, improve its AI technology and grow its partner base. On top of jointly venturing with other firms, Atomwise also wants to begin developing its own pipeline of potential treatments.

Below is the pitch deck that Atomwise used to close its latest funding round: 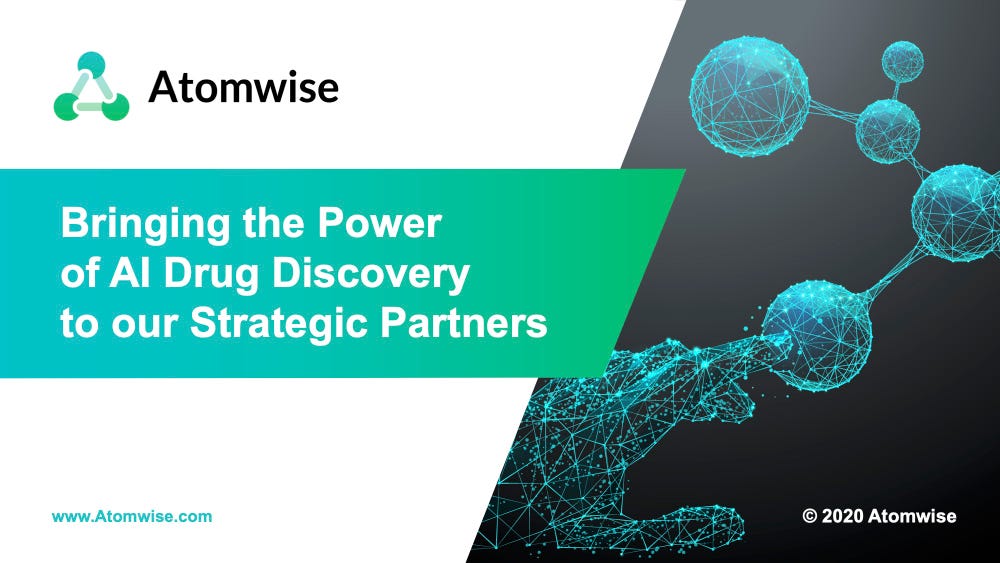 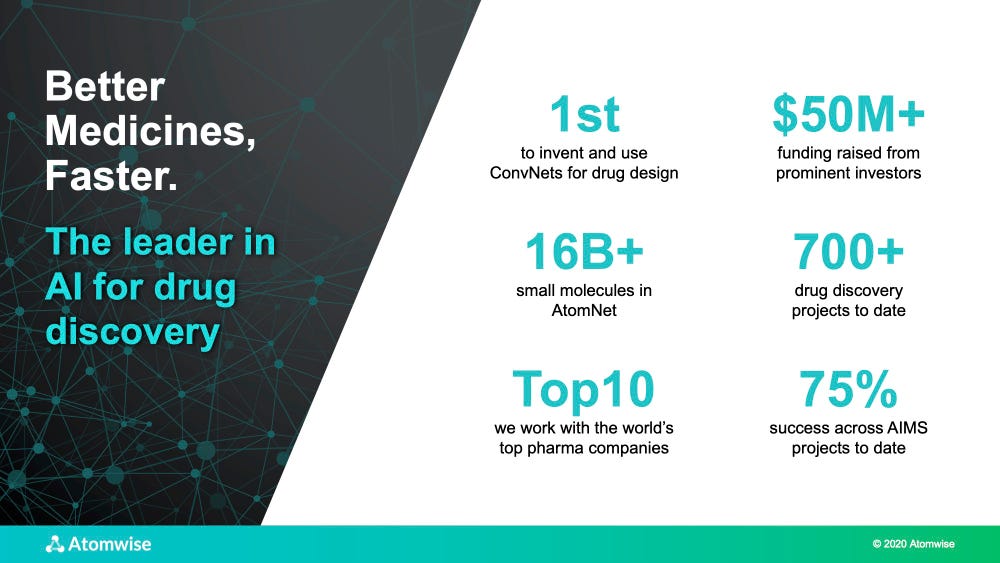 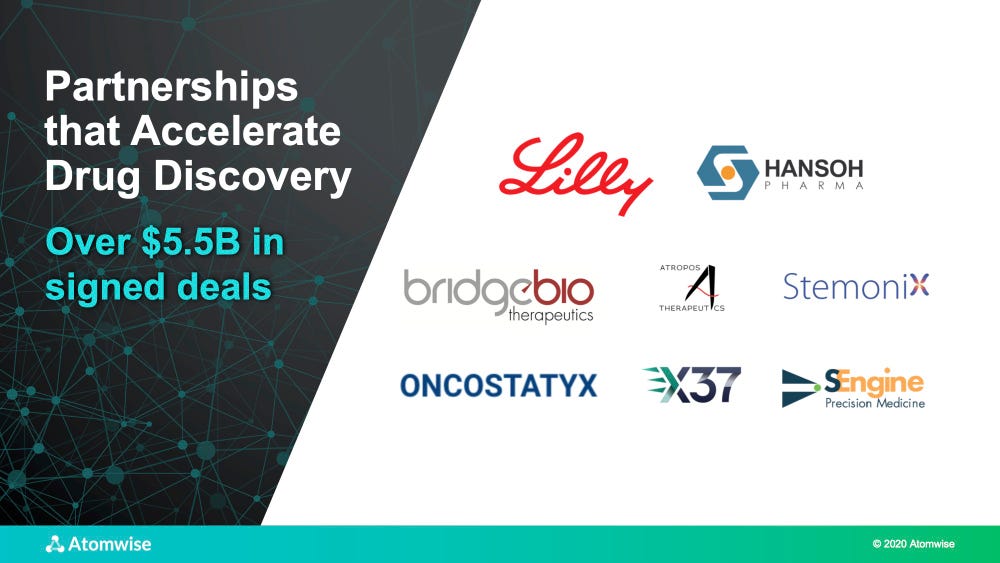 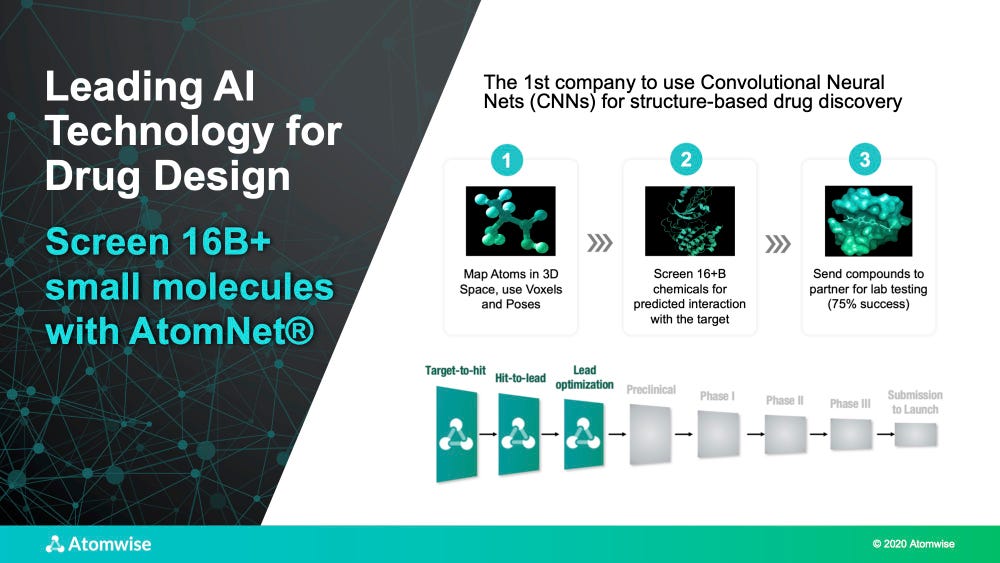 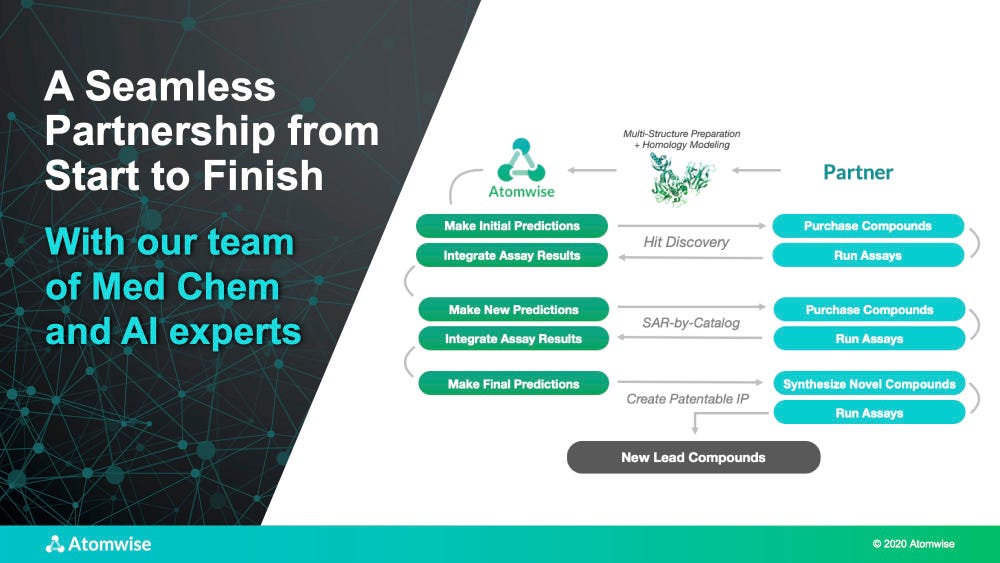 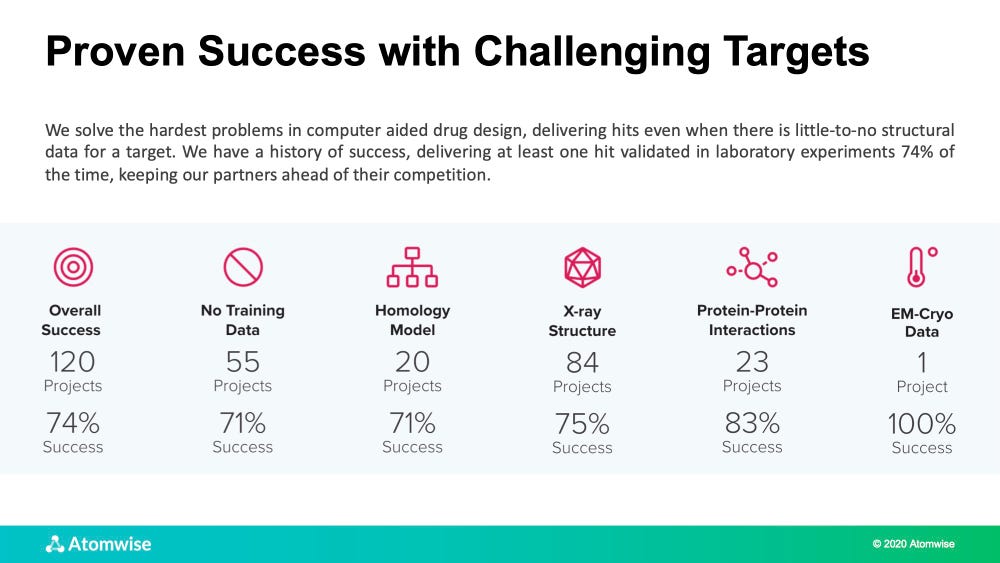 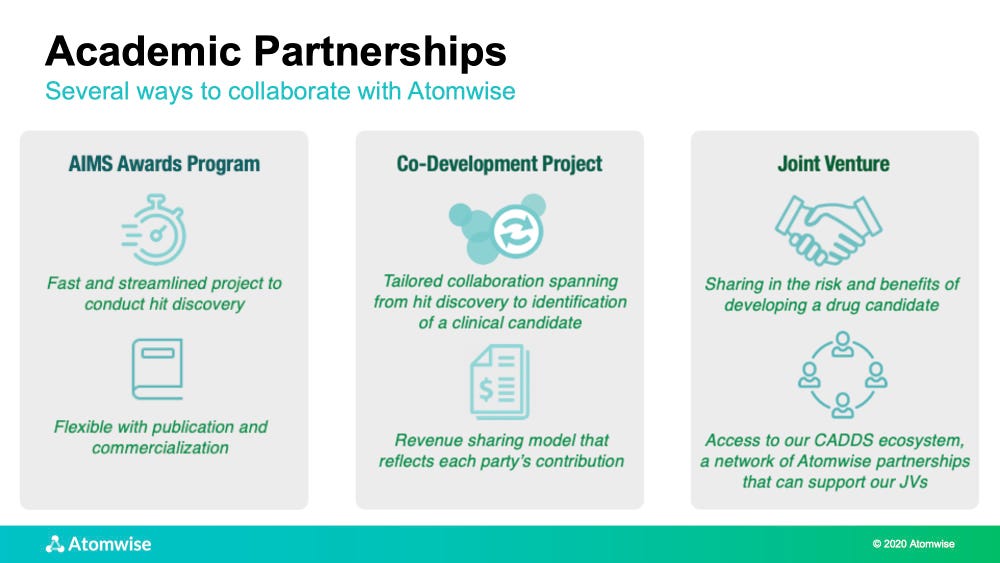 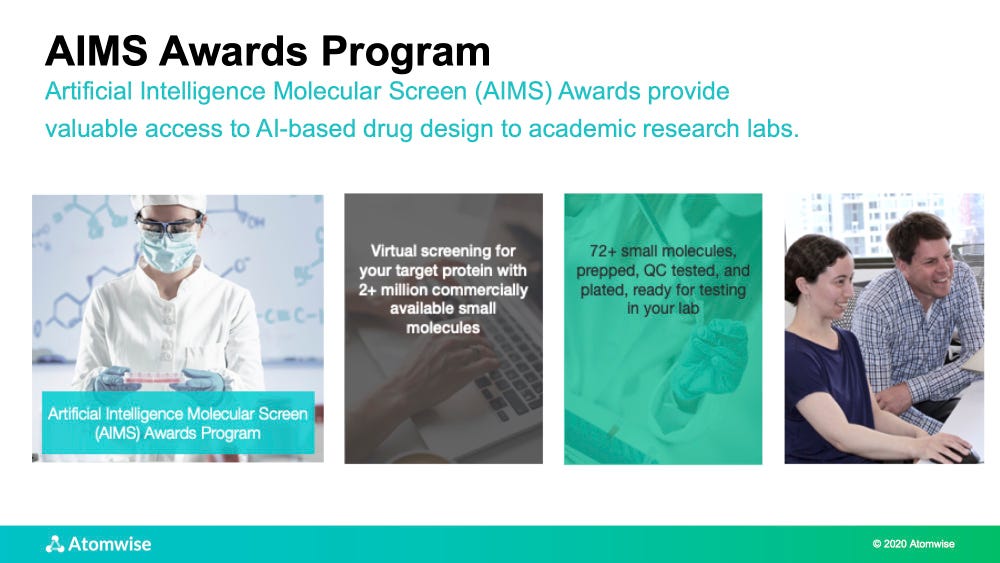 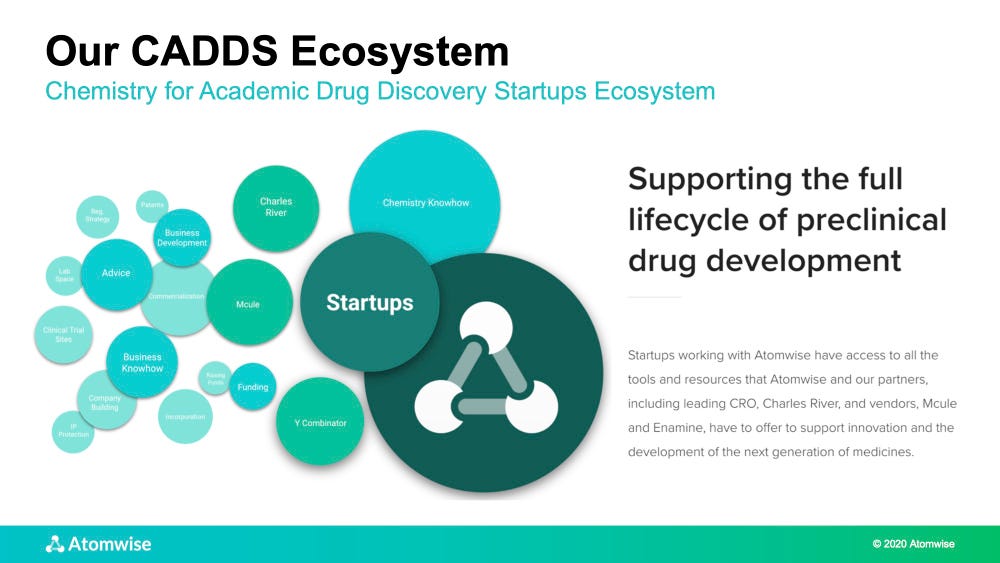 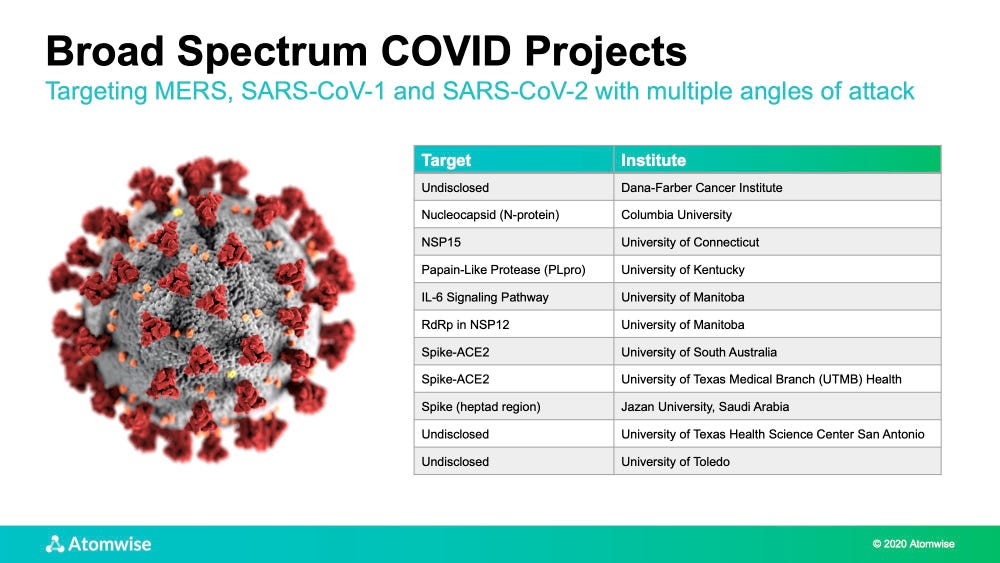 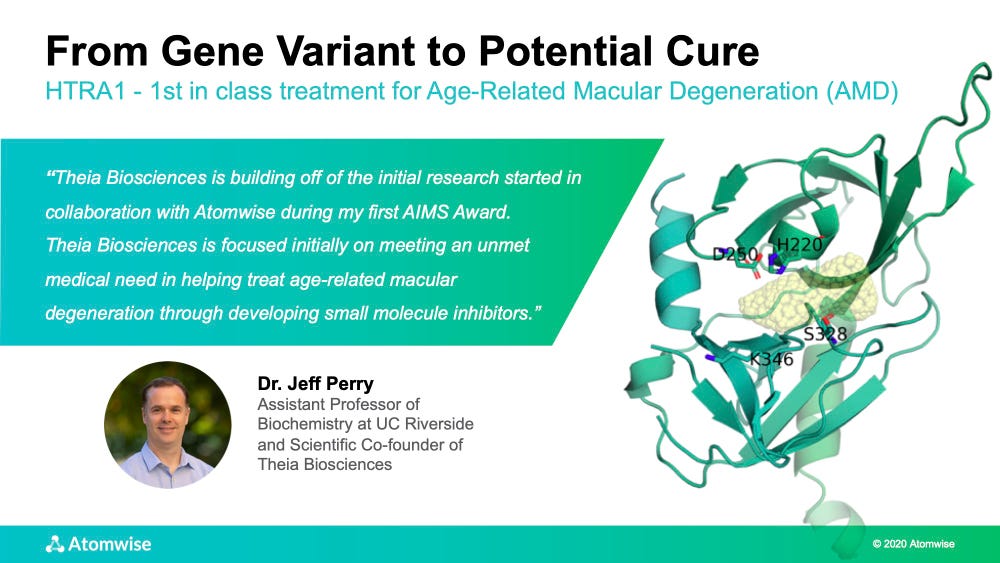 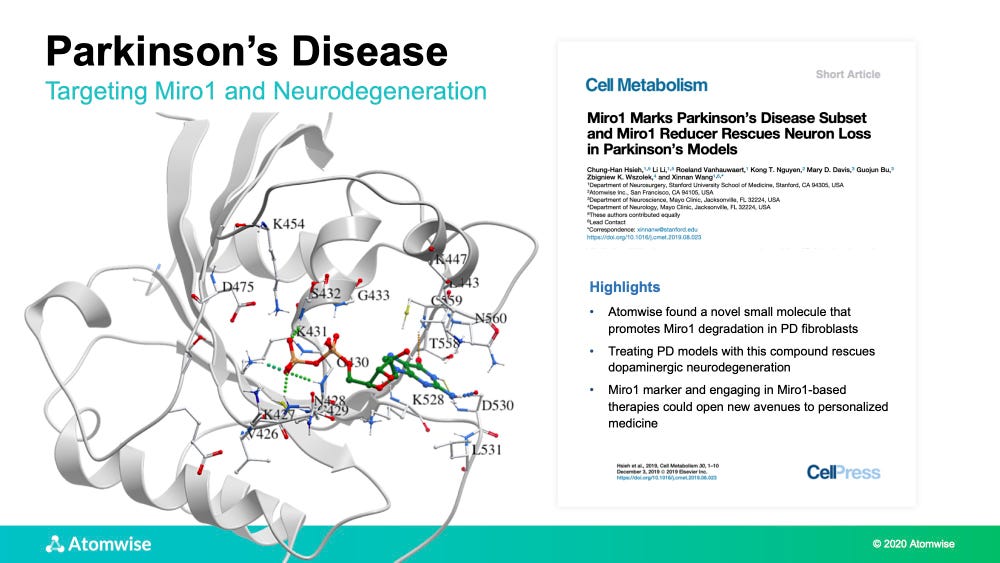 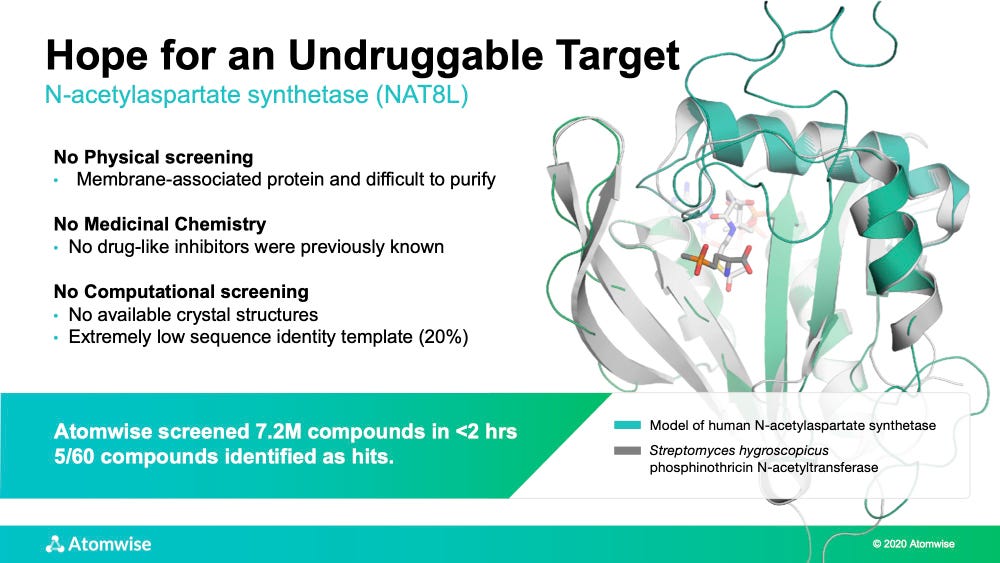