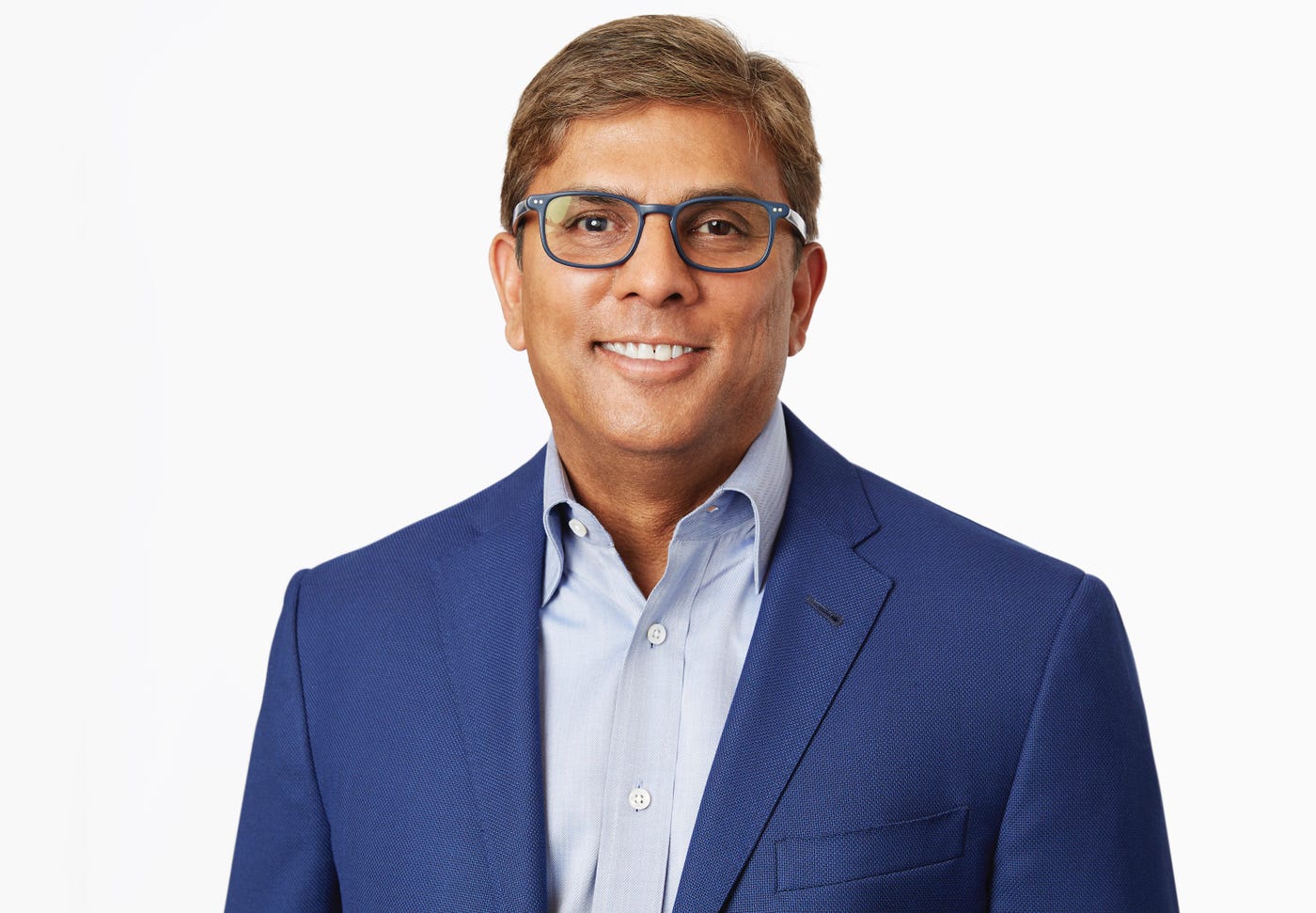 Devesh Garg thinks the networking market is sorely in need of its own version of Windows or Android.

To date, the industry has been dominated by a handful of companies that offer their own proprietary products. Companies such as Cisco and Juniper Networks make not only their routers and switches but also the software that runs on them and, in many cases, the chips that power them.

But that all-in-one model is about ready for a shakeup, Garg, the CEO of the San Jose, California, startup Arrcus, told Business Insider in a recent interview.

That’s where Garg thinks Arrcus will fit in. The company has developed a Linux-based operating system dubbed ArcOS that’s designed to run on a wide variety of networking equipment.

The networking industry may be due for its own PC revolution

The networking industry is similar to where the computing industry was in the mid-1970s, he said. At that time, the business was dominated by a handful of companies that offered all-in-one proprietary products. When you bought an IBM mainframe computer, it came with an IBM chip and IBM software.

When the PC came along, that model got blown apart. If you bought a computer from Dell in the mid-1980s, it typically came with an Intel processor and a Microsoft operating system. The advantage was that instead of being stuck with the computer makers’ proprietary software and processors, shoppers got a more competitive market and access to the best chips and software the market could offer, Garg said.https://33ce603021592e8579026656a1ba2087.safeframe.googlesyndication.com/safeframe/1-0-37/html/container.html

A shakeup in the networking industry promises something similar, and Arrcus is going to help make it happen, Garg said.

“We enable you to select the right software with the right hardware at the right cost,” he said.

Other startups, including DriveNets, which raised $117 million earlier this year, are also banking on the networking industry being ripe for disruption.

Read more: This Israeli founder sold his first company to Cisco for $475 million when he was 26. Now he’s raised $117 million from a who’s who of US angel investors to take Cisco on.

Arrcus came out of stealth mode last year in July. Since then, it’s been able to attract a collection of Fortune 100 customers, Garg said, although he declined to name any, citing nondisclosure agreements. Customers, who purchase per-device licenses to use ArcOS from Arrcus, typically start out with pilot-evaluation projects. But in some cases, equipment running Arrcus’ software is already replacing devices made by the big networking companies, he said.

The company has a big opportunity in front of it, Garg said. The networking-equipment market is huge — some enterprise and telecommunications companies purchased nearly $44 billion worth of routers and switches last year, according to the market-research firm IDC. Even if ArcOS-powered devices capture only a small part of that, that still translates into hundreds of millions or even billions of dollars in sales.

What’s more, there’s an appetite for nonproprietary products, Garg said. Survey data indicates that a large majority of customers are looking for and plan to purchase nontraditional networking equipment, in which the device, chip, and software aren’t all bundled together, he said.

Garg isn’t the only one who is convinced of Arrcus’ opportunity. In July, the company raised $30 million in a series B funding round led by Lightspeed Venture Partners. Garg plans to use the new funds to double the size of the company’s 55-person team by the end of the year. Most of the new hires will be on Arrcus’ development and customer-engineering teams, he said.

Here’s an edited version of the pitch deck Garg and Arrcus used to raise the company’s latest funding round: 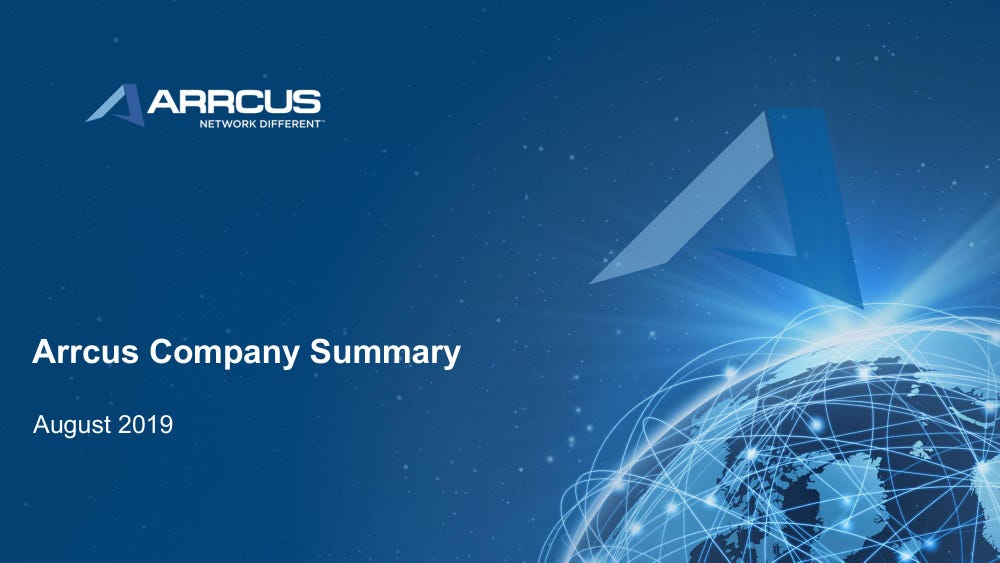 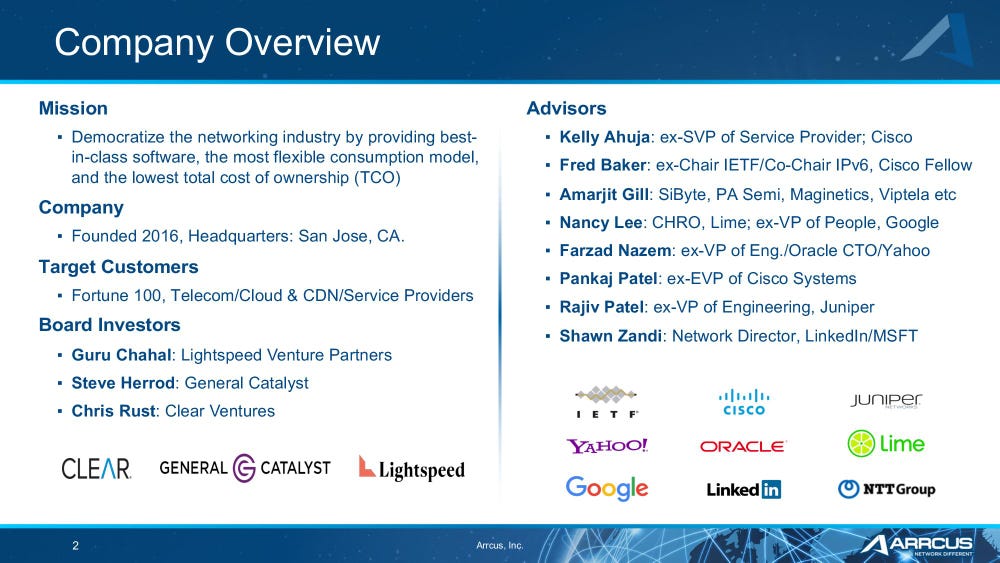 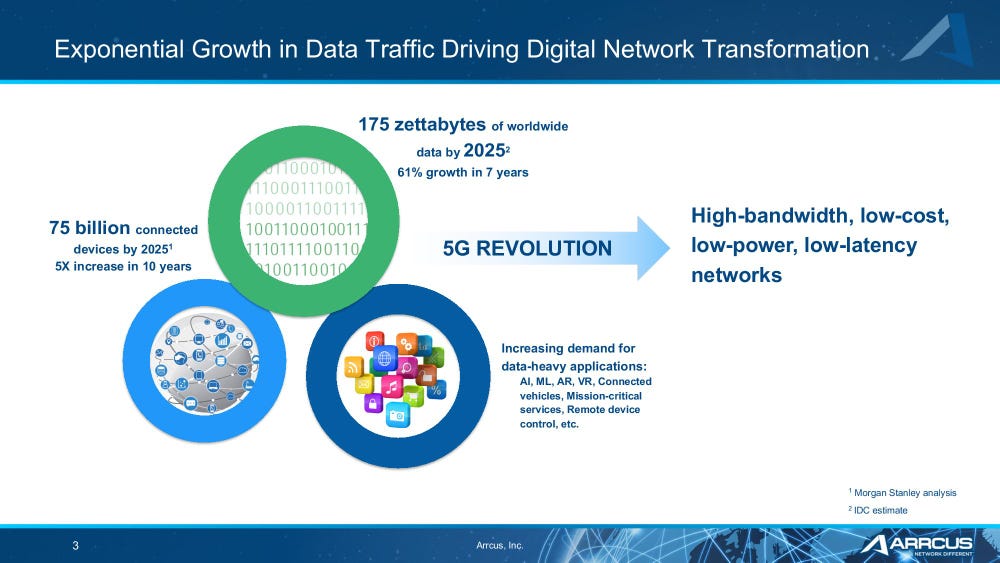 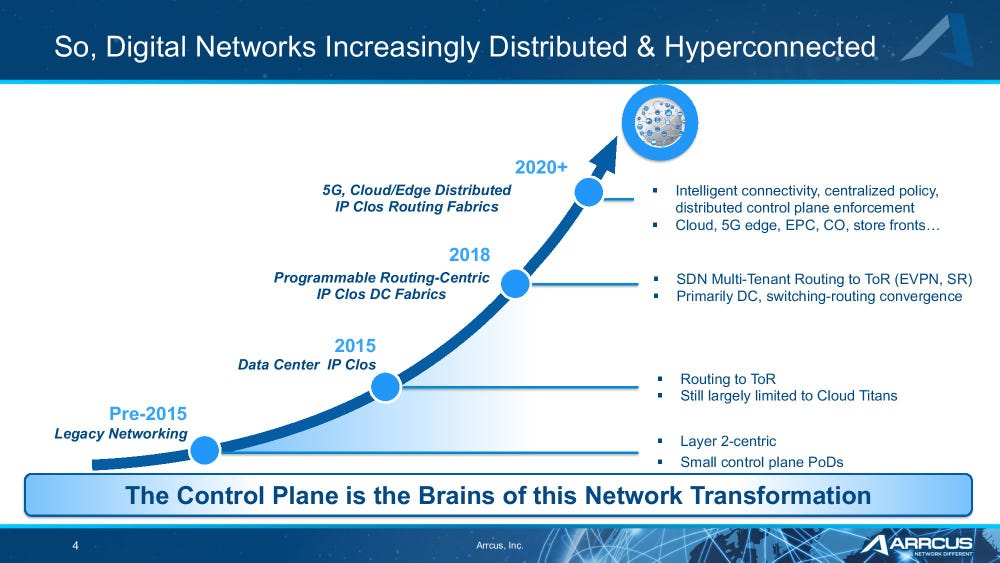 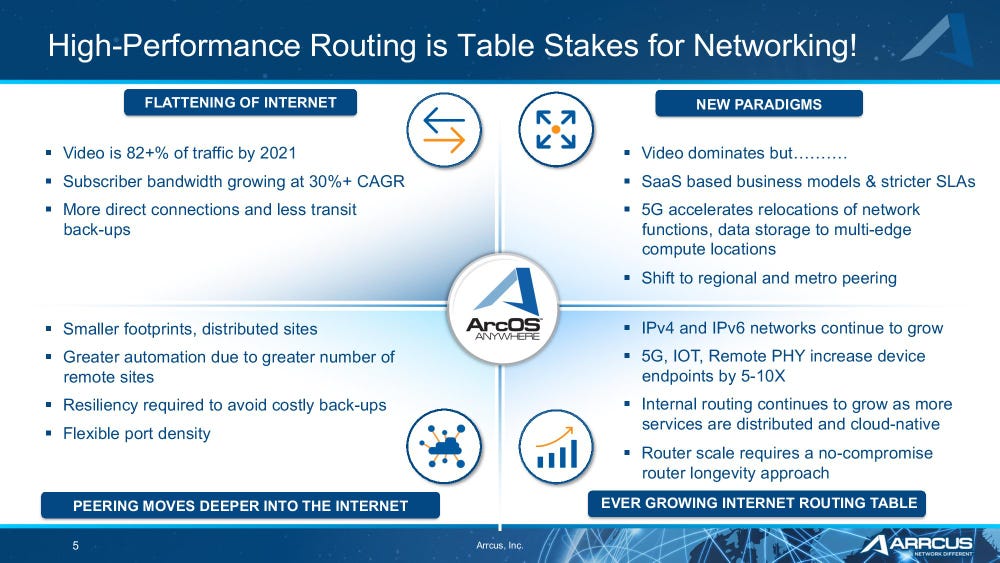 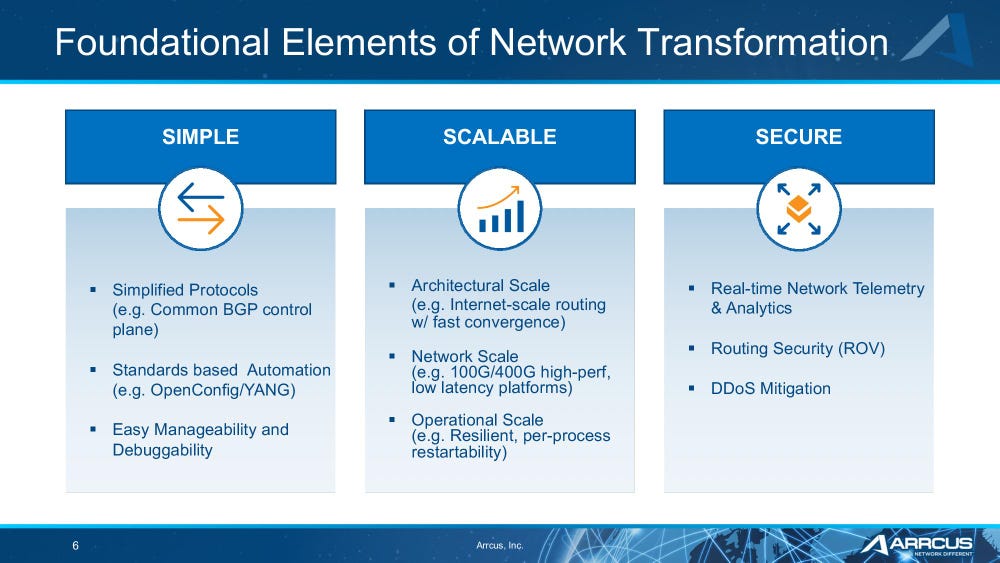 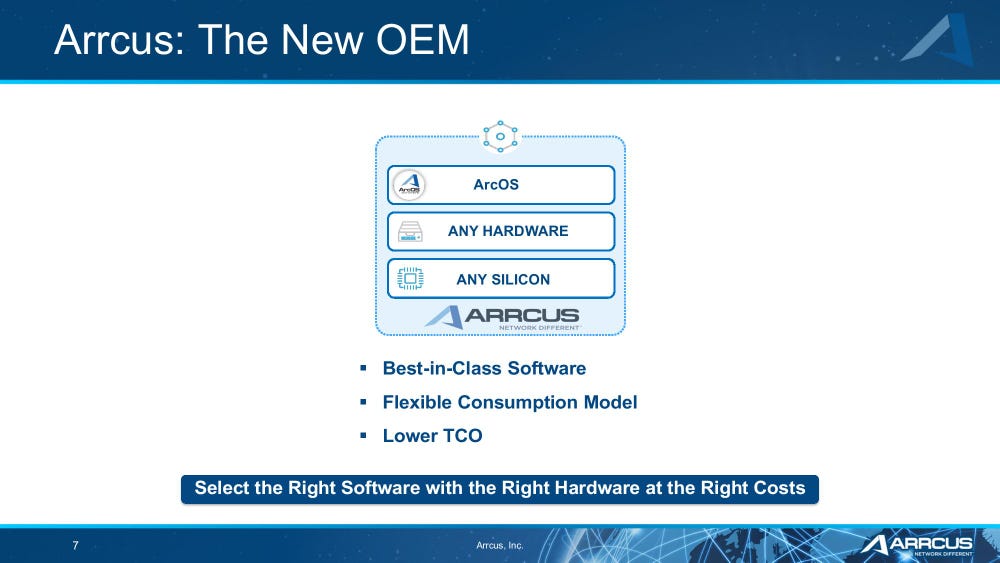 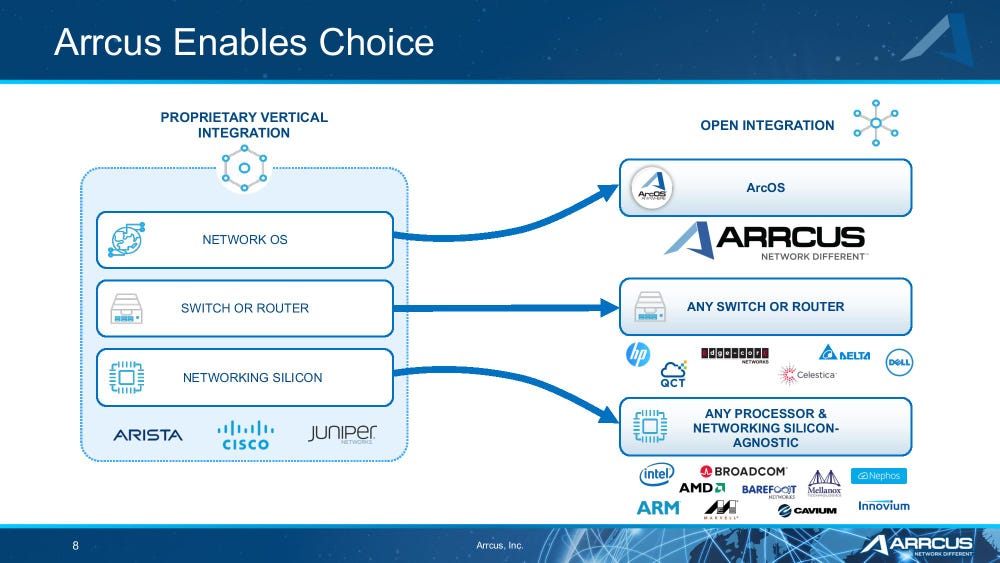 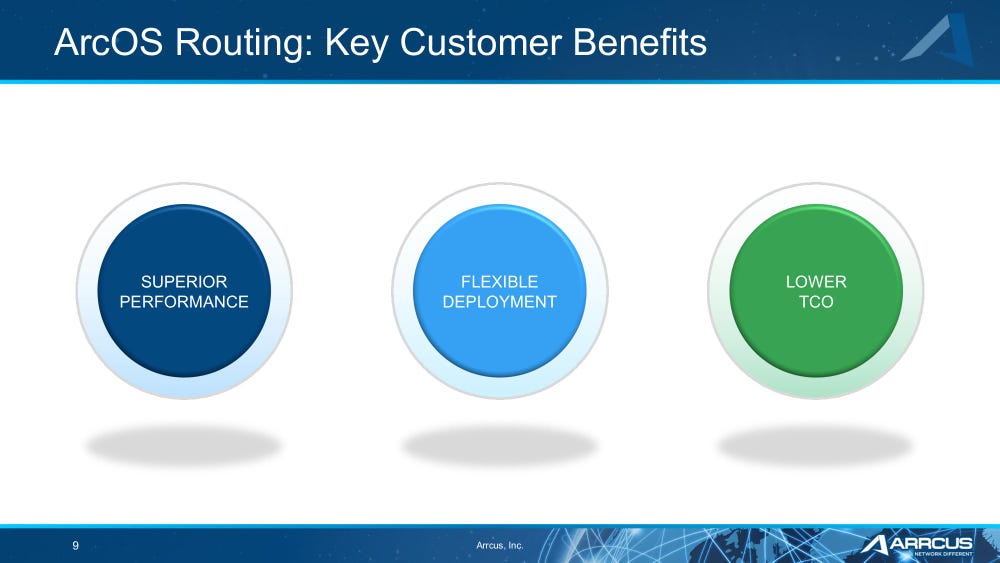 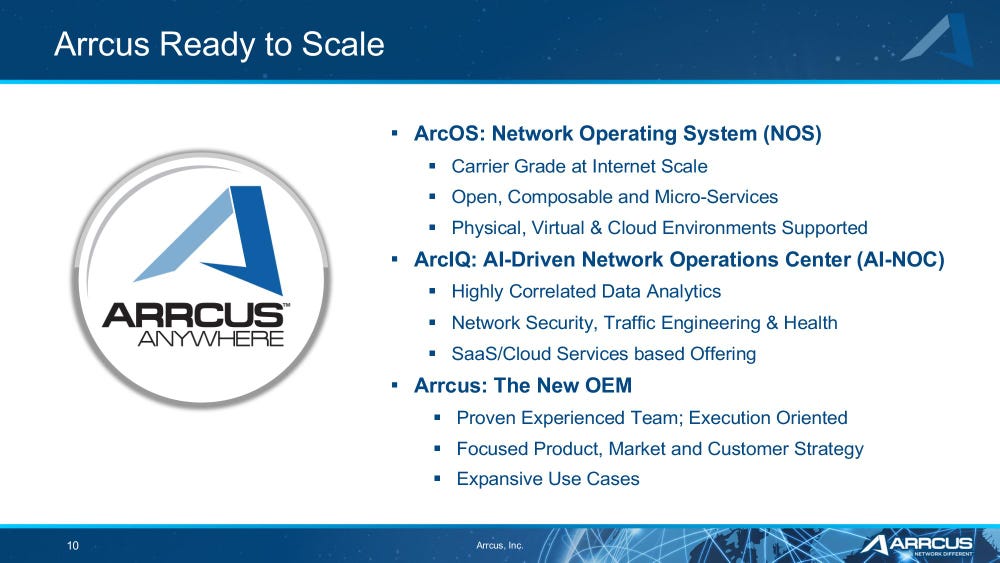