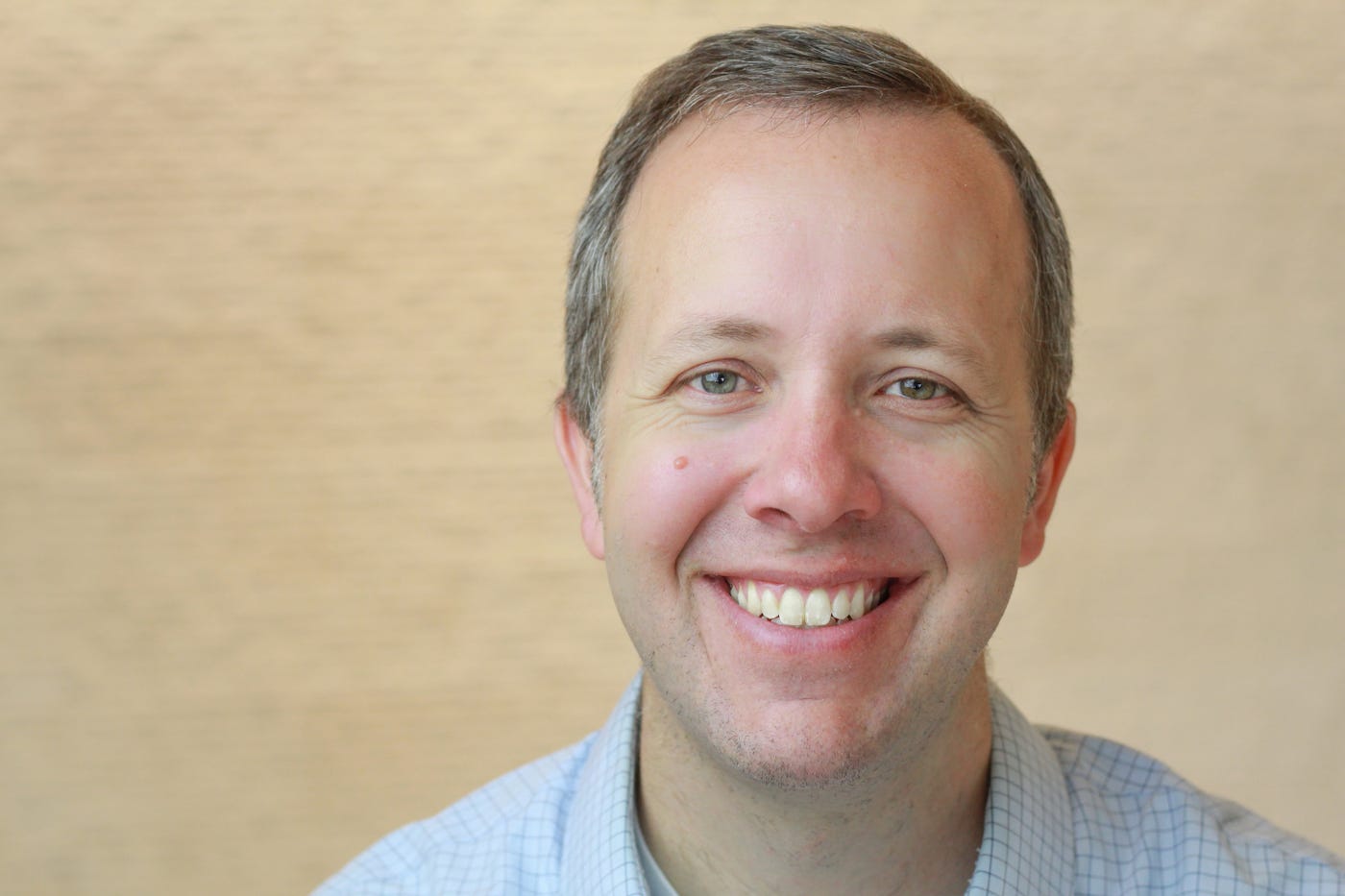 Many people have been daunted by Amazon’s large and growing share of the e-commerce market.

But Ethan McAfee saw an opportunity.

McAfee foresaw that Amazon was becoming like a mall on the internet, the go-to destination for online shopping. Companies that wanted to sell their goods online were going to need to offer them through Amazon, and many were going to need help doing that.

“If you’re a brand, you need to have an Amazon [presence],” McAfee told Business Insider on Thursday, “because that’s where people are buying your stuff.”

The problem is that many product makers don’t have any expertise in selling directly to consumers. To help companies out, McAfee in 2011 founded Amify. The startup helps create web stores and product listings on Amazon for companies with mid-tier brands.

Read this: Amazon generated $30 billion in cash last year, and it could be just the ammunition the company needs to start a price war

Amify says it can sell brands’ goods better and cheaper

In exchange for a commission on their sales through the site, Amify helps customers market their goods on Amazon and battle counterfeit copycats of their products. It also can handle their supply-chain and inventory management for their online sales and deal with returned goods.

Amify’s pitch to potential customers is: “You can outsource your Amazon presence to someone who can do it better, faster, cheaper,” McAfee said.

The Alexandria, Virginia-based company already has partnerships with some 300 brands. Among them are Fender guitars and Brooks running shoes.

But McAfee thinks Amify has only just begun to tap the potential of the market. After bootstrapping the company with his own funds for its first seven years, he recently went out seeking venture funding. Amify announced Thursday that it just closed its first outside financing round — $5.8 million in a Series A round led by Mercury Fund.

The company, which has some 60 employees, plans to use the new money to beef up its management and its technology and product development teams, McAfee said. Amify is hoping to add some data analysis tools that will allow its clients to better understand who their customers are on Amazon.

“A lot of brands don’t know who’s buying their product,” he said. “We can provide that information back to our partners. We think there’s a data play.”

Here’s the pitch deck Amify used to raise its Series A funding: 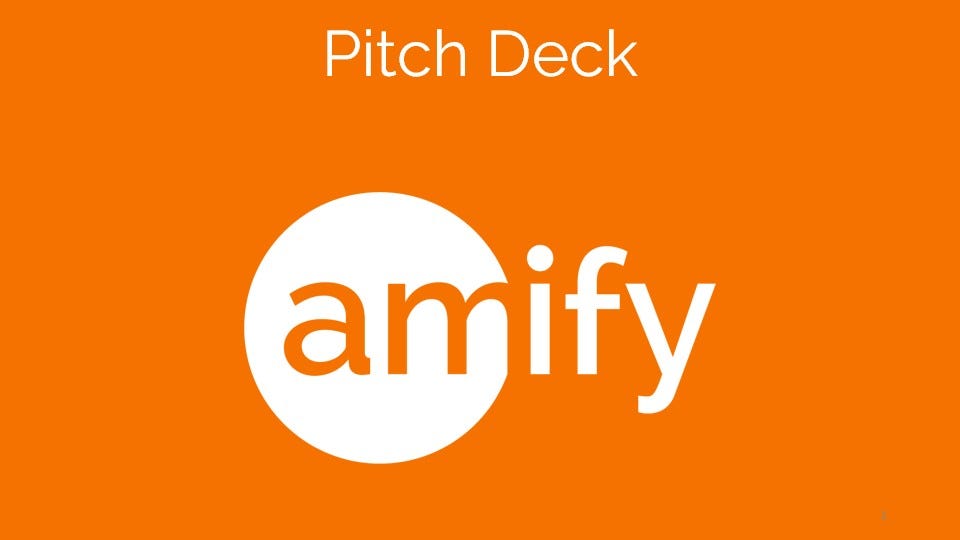 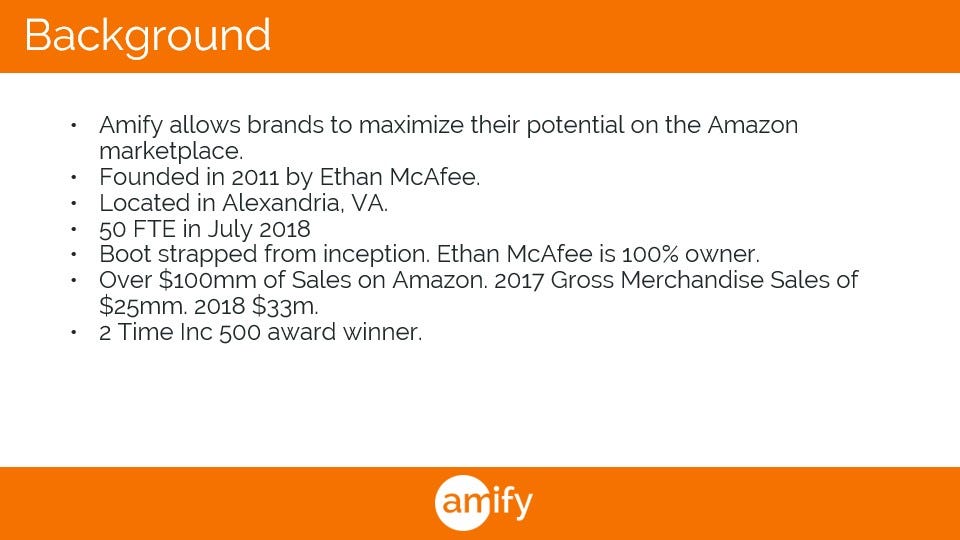 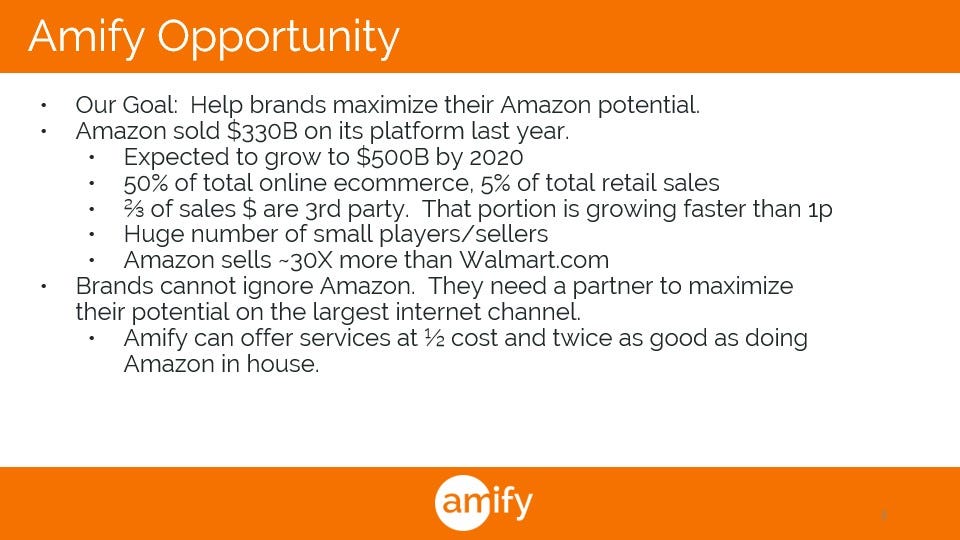 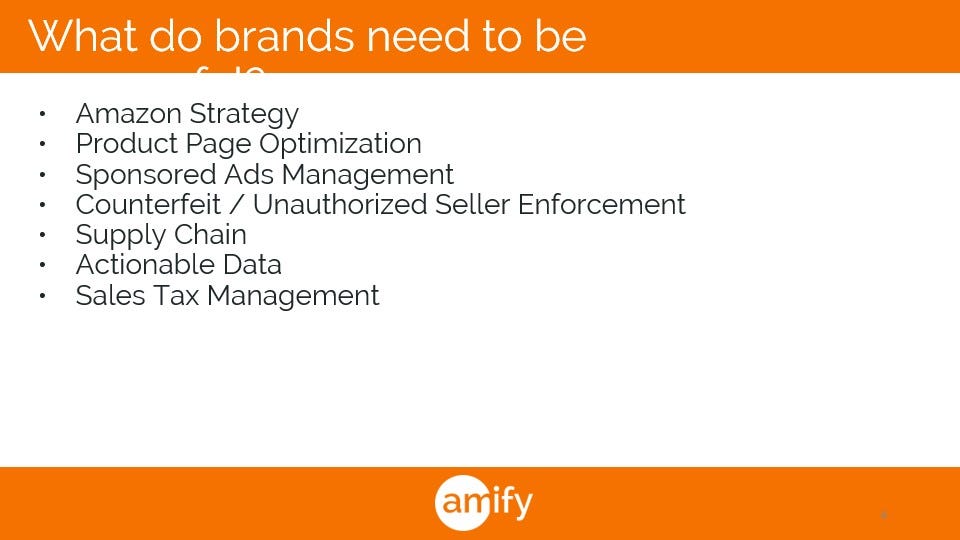 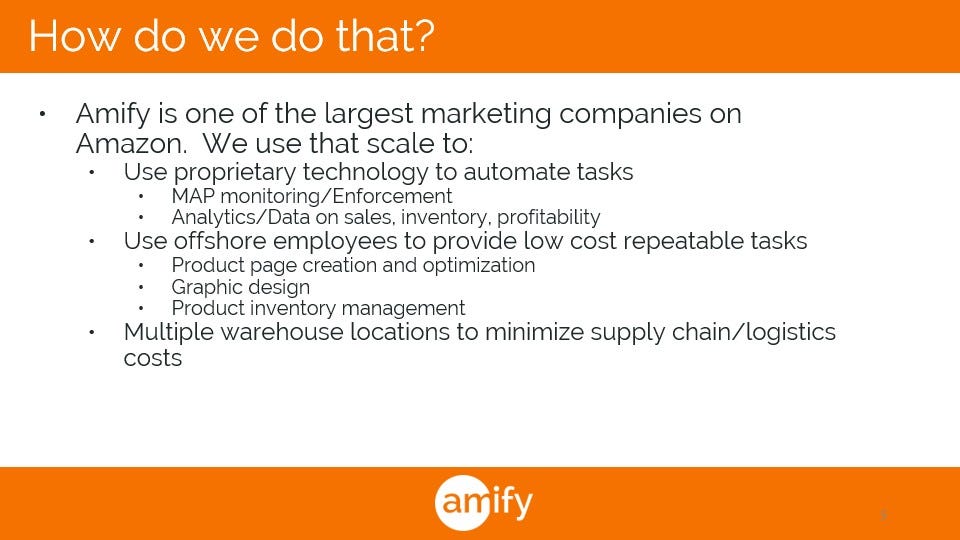 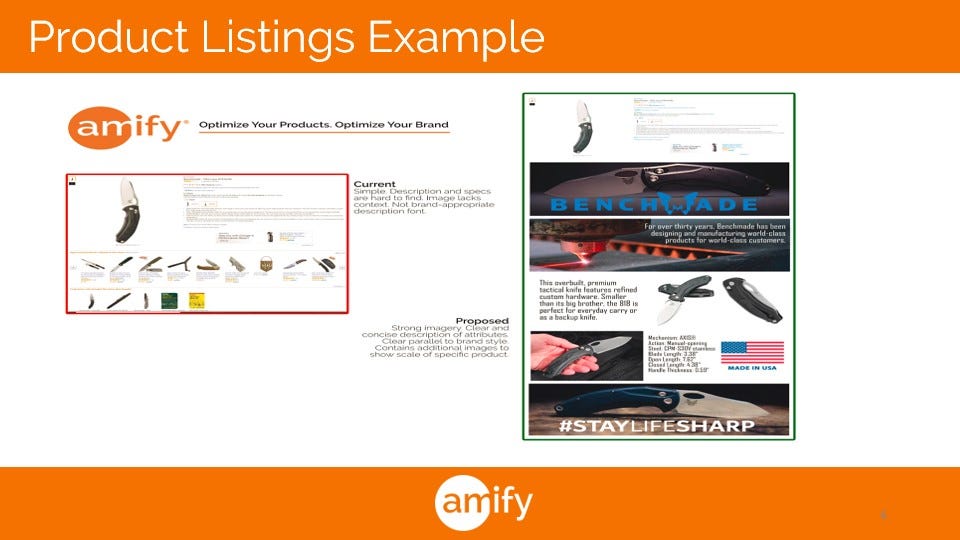 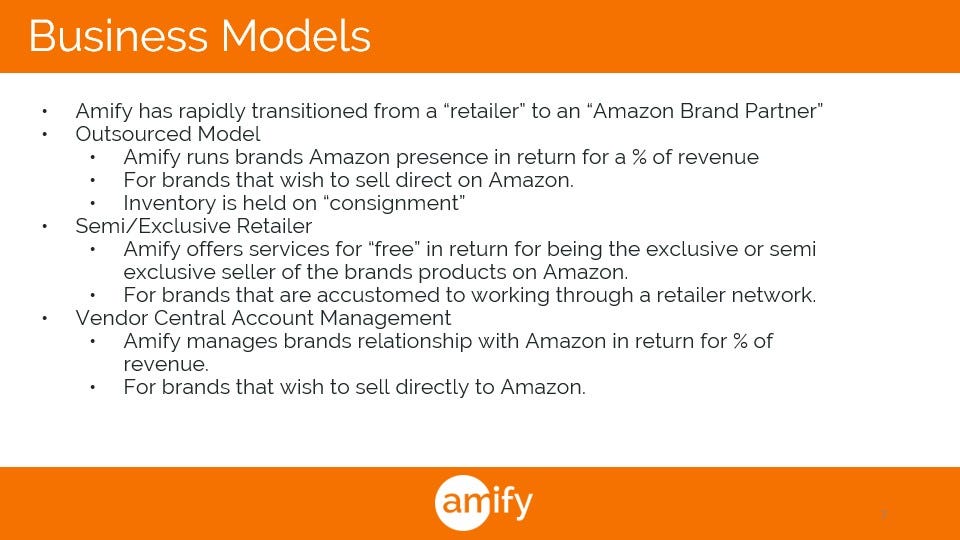 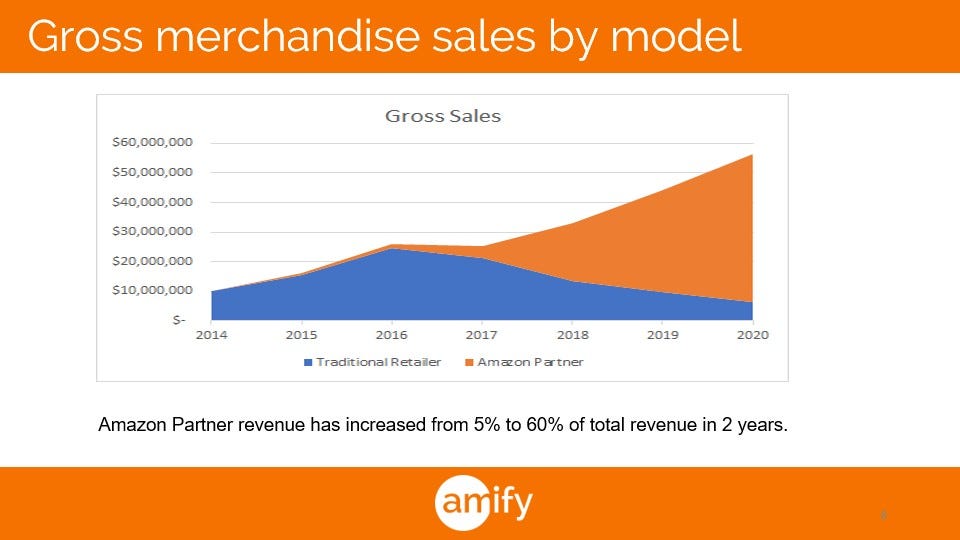 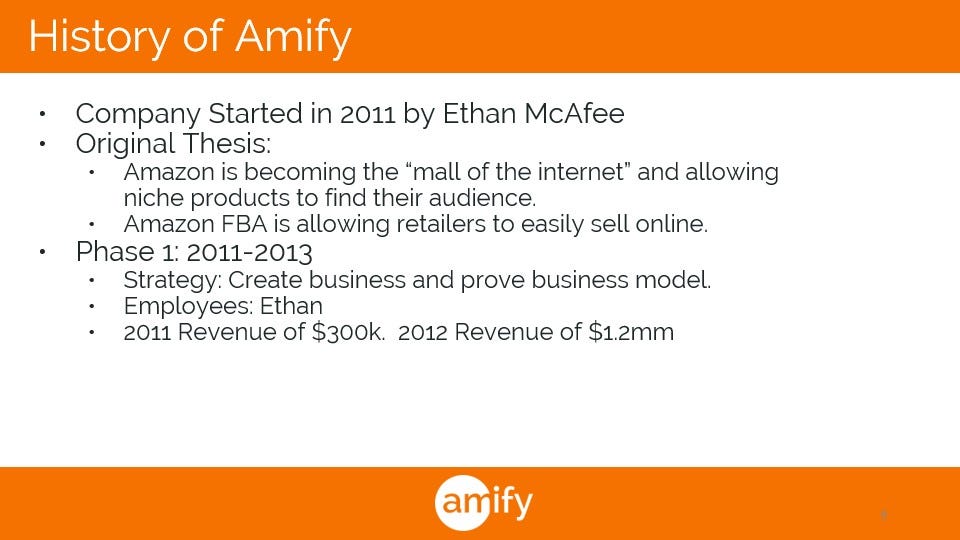 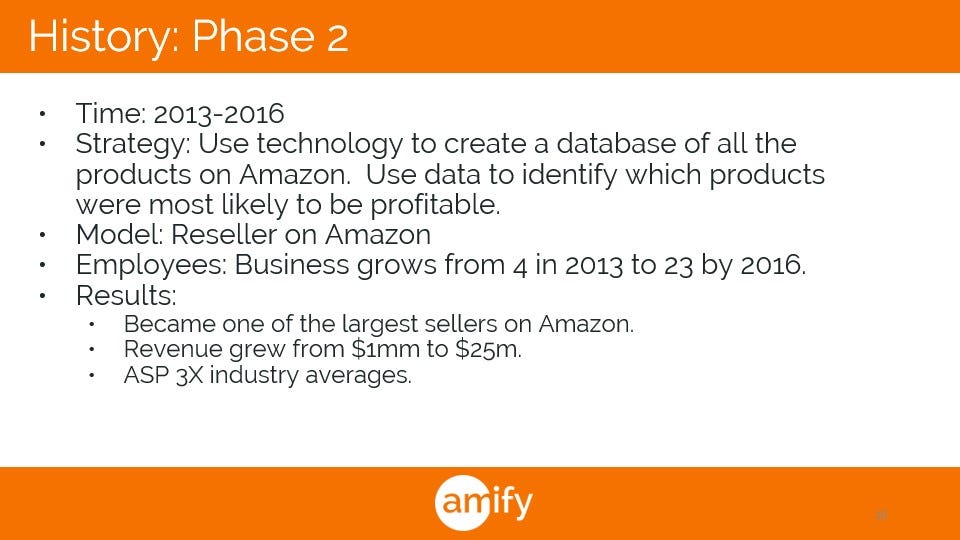 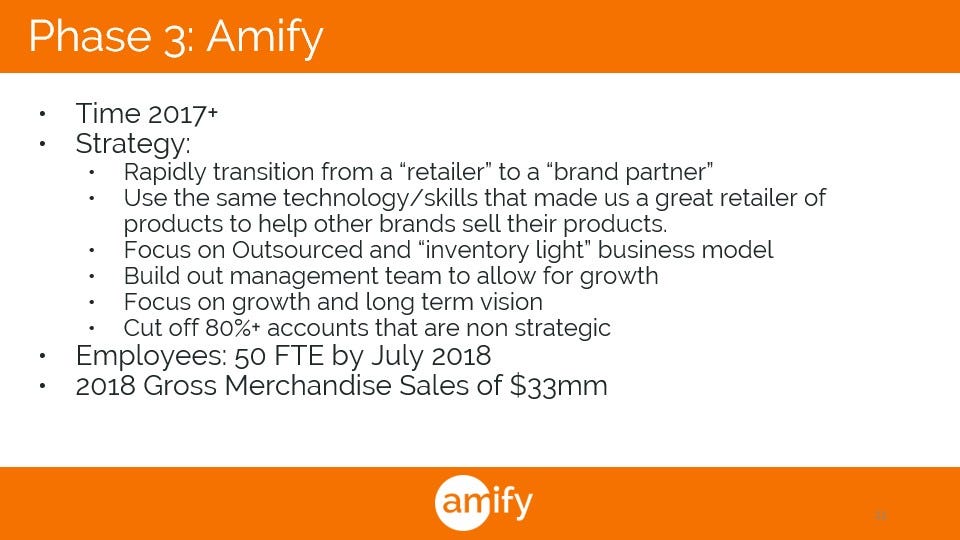 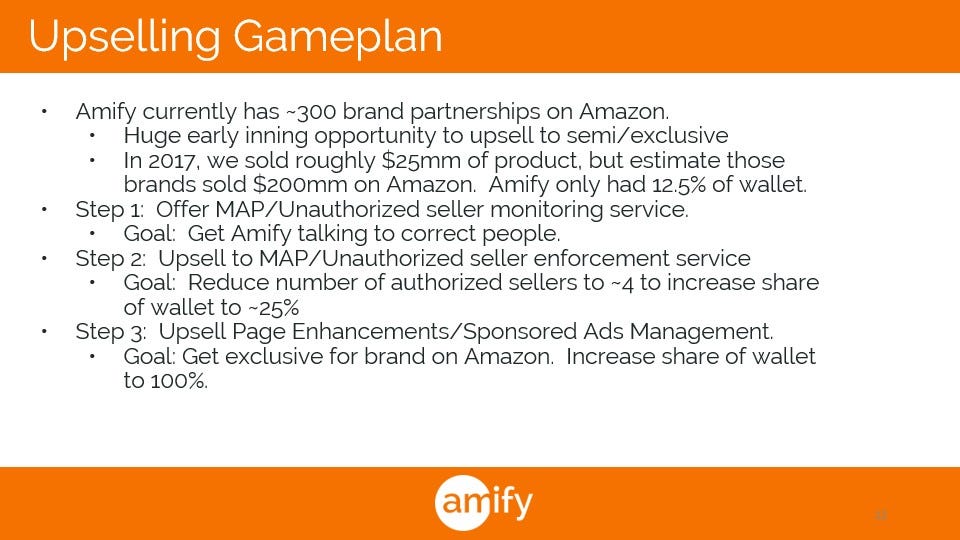 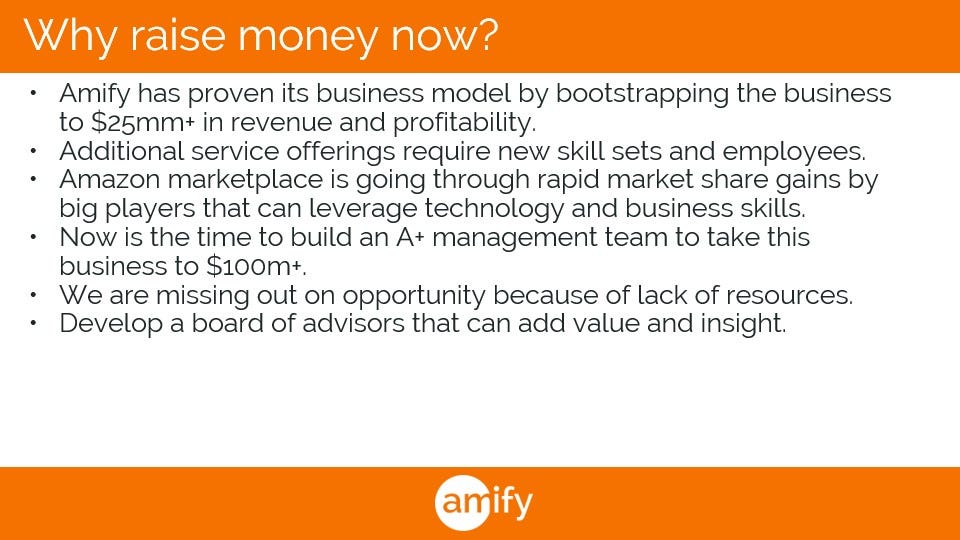 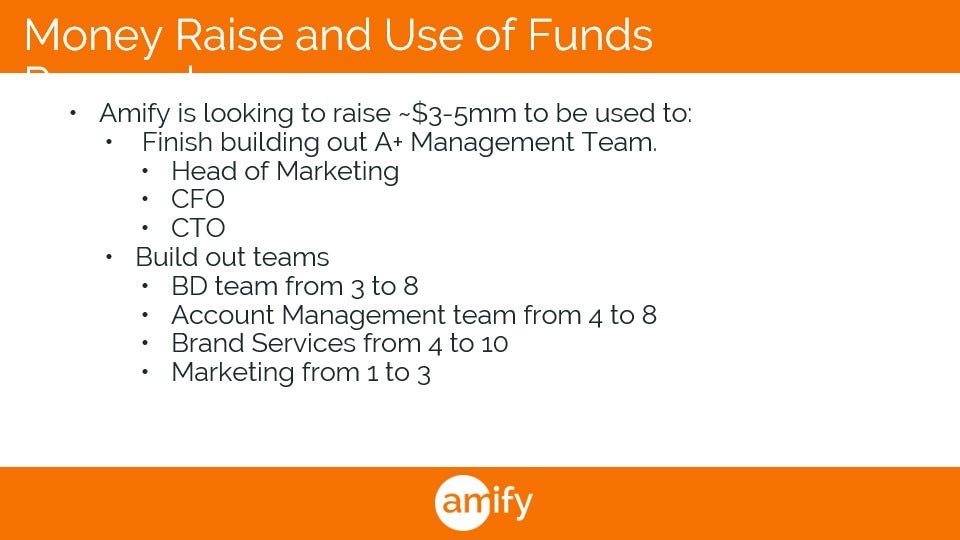