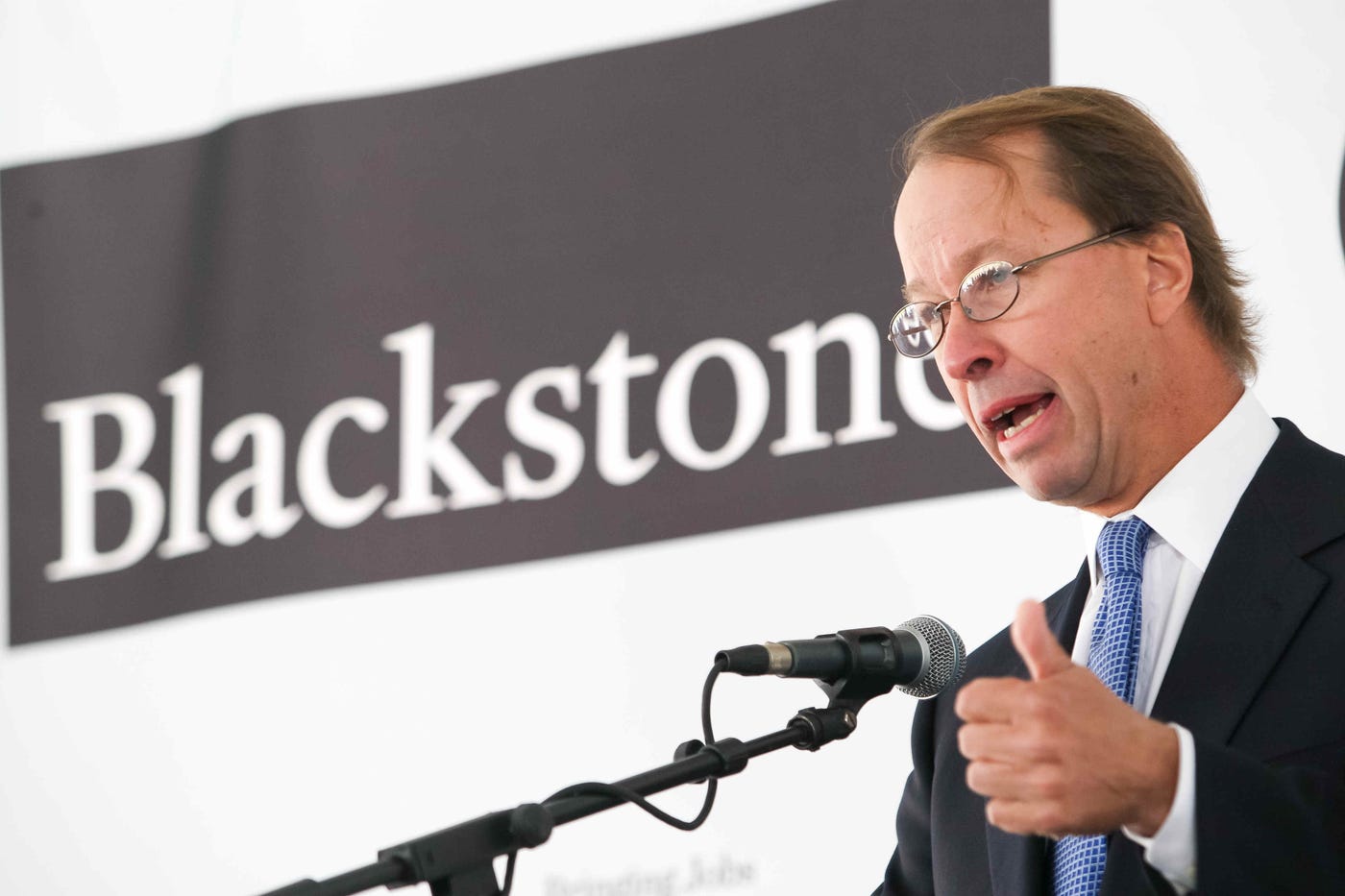 That, in a nutshell, summarizes Alto’s goal of disrupting retirement investing.

The Nashville, Tennessee-based startup makes it easier to invest long-term savings in areas that are typically tough for Main Street to access, such as startups, private companies, and real estate. The fintech eases the process of connecting investors and those looking to raise capital.

It’s a big market opportunity for Alto, as only 1% of the $9 trillion in individual retirement accounts is invested in alternatives. Eric Satz, the CEO of Alto, previously told Business Insider as much as 20% of all retirement savings, a $28 trillion market, could end up being put into alternatives.

“If we’re going to dig ourselves out of the retirement hole that we currently find ourselves in, then it has to be a scalable solution, which for the most part eliminates people and paper and allows for a very cost effective, price competitive product,” Satz said. “And that’s what I think we’ve done.”

As a sign of increasing interest in Alto, Satz pointed to the spike in business the company has seen recently. After doing $10 million in transactions in the first year, Satz said the company has surpassed that amount in the past three months alone.

It’s not just customers that have taken notice of Alto, as the company has also caught the eye of some high-profile investors. Tony James, Blackstone’s executive vice chairman; Jake Gibson, the cofounder of NerdWallet; and Sequoia Capital have all participated in Alto’s seed round, which raised $5.4 million during raises in March and August of this year.

Here’s the pitch deck Alto used for that round. 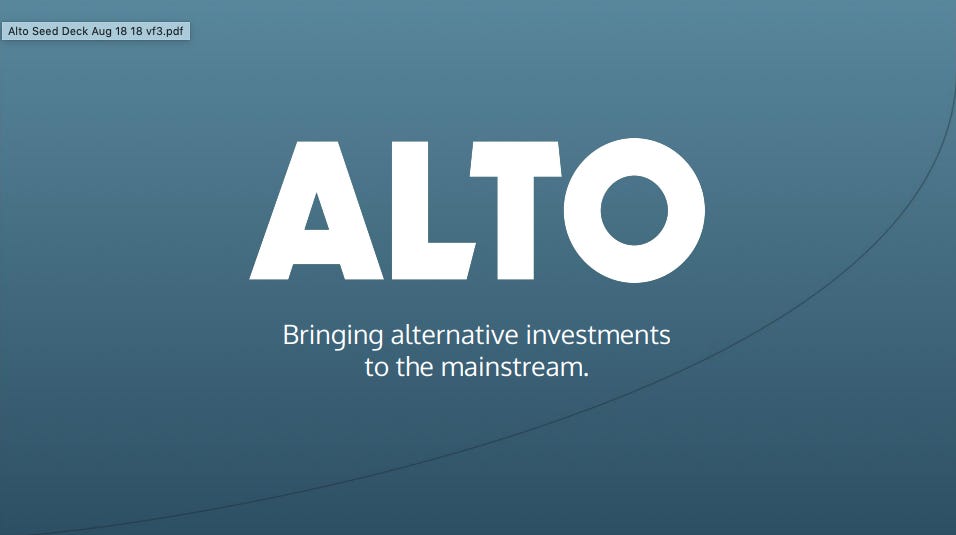 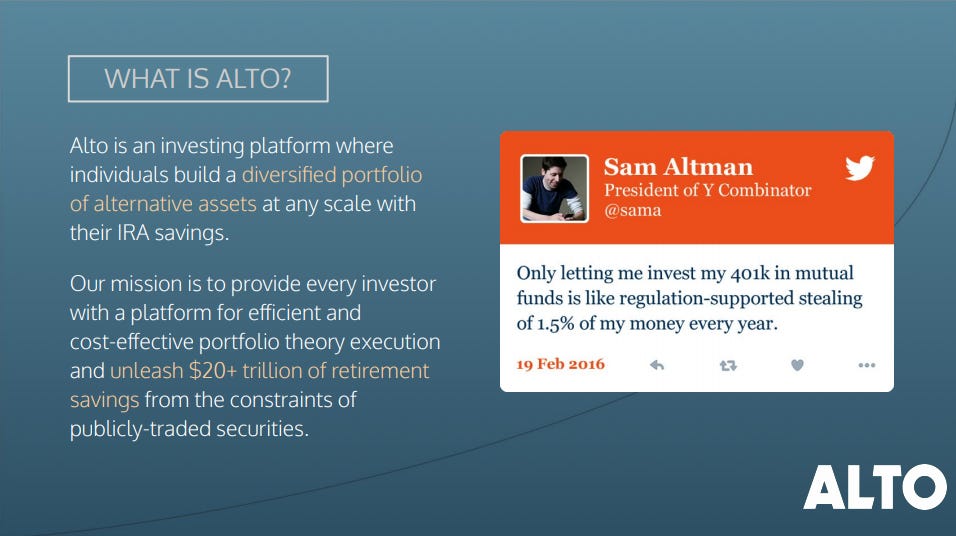 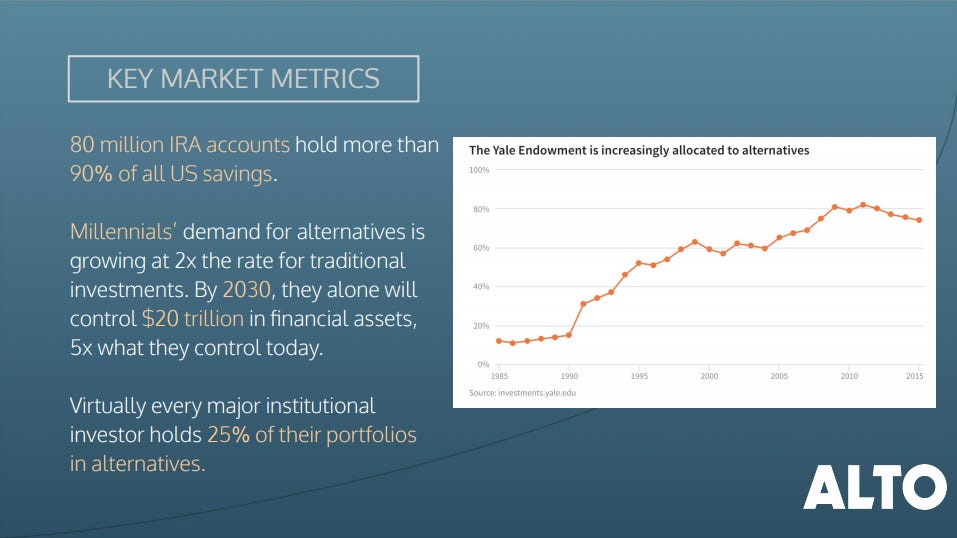 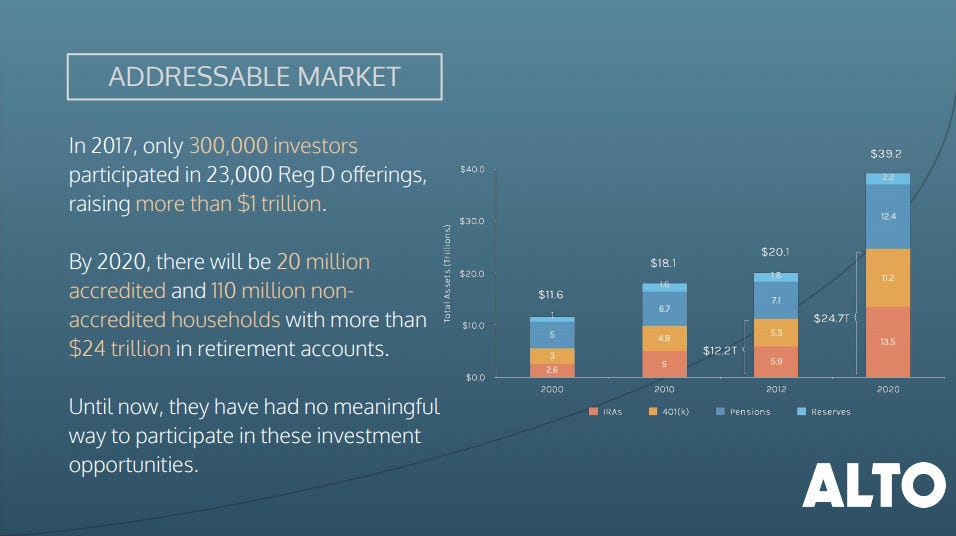 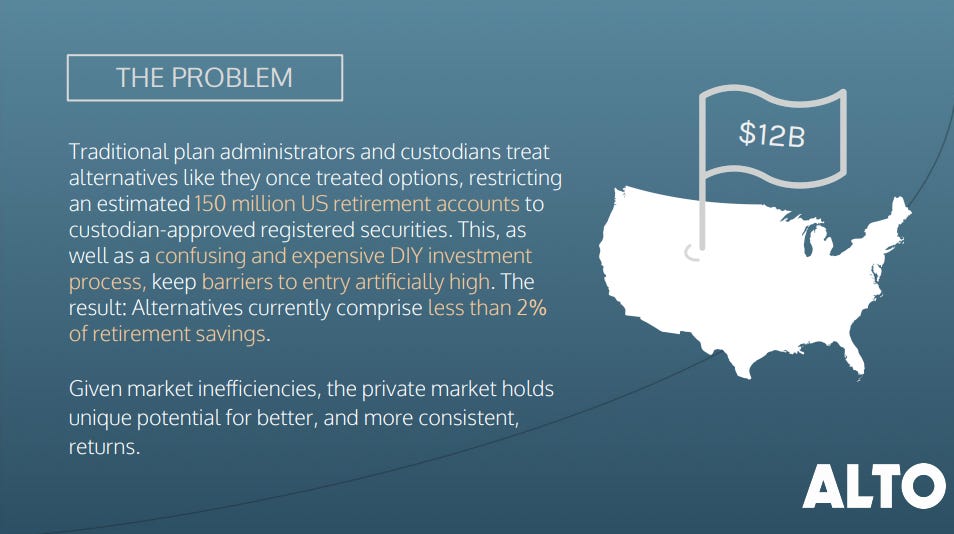 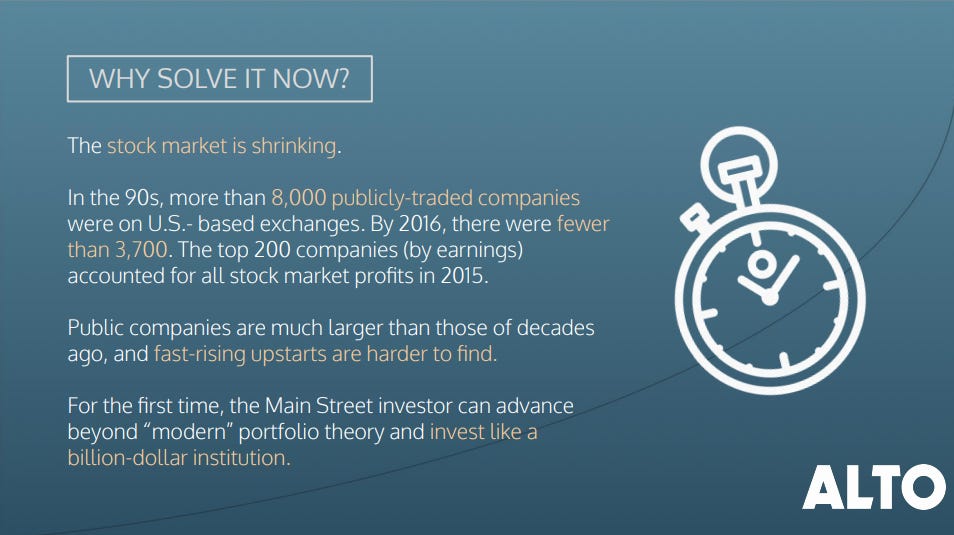 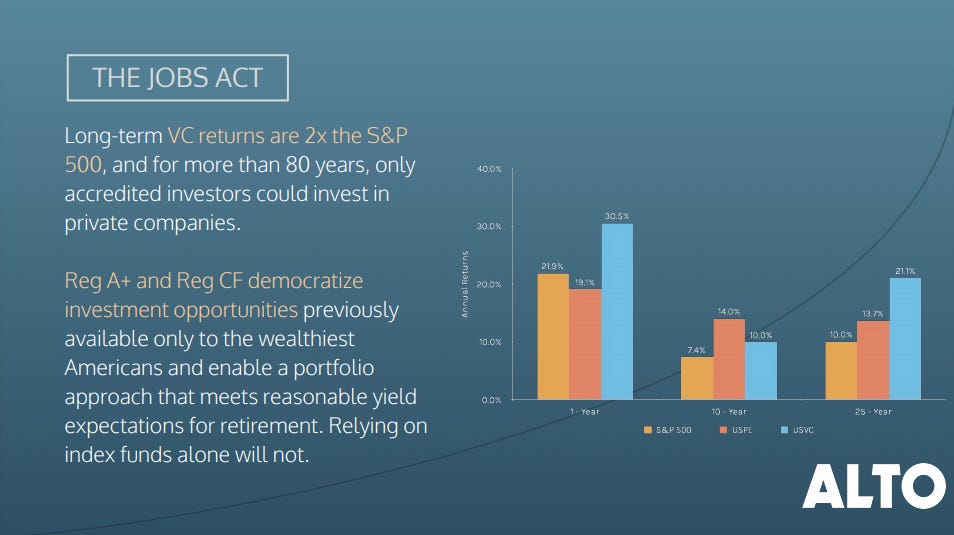 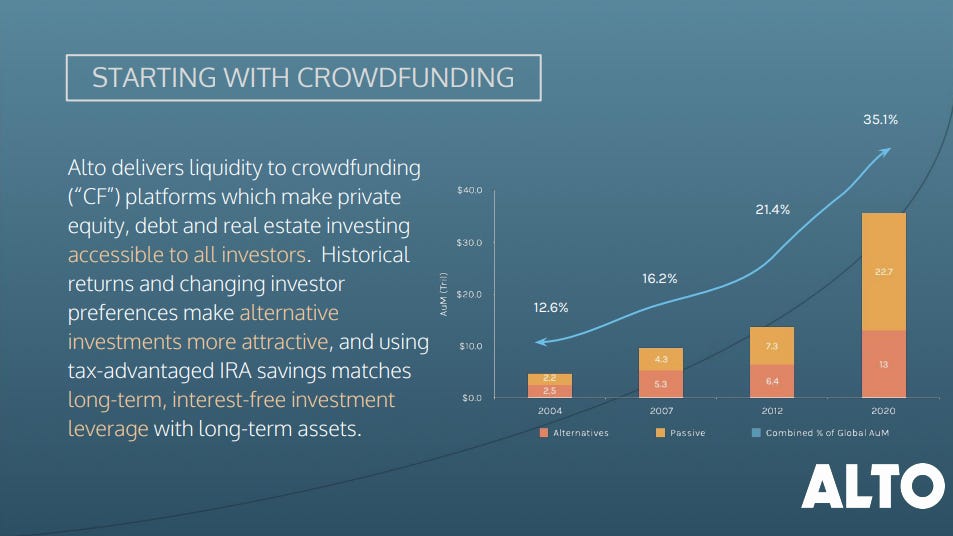 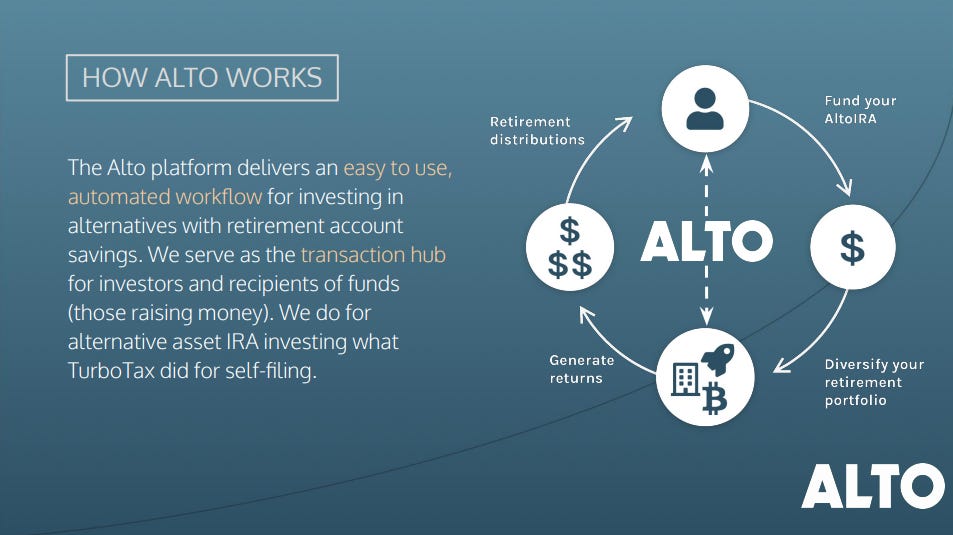 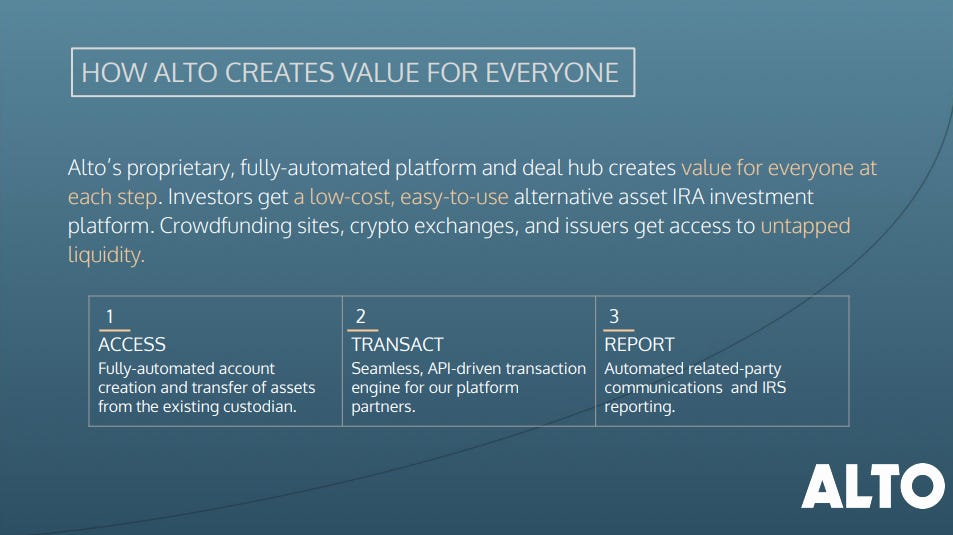 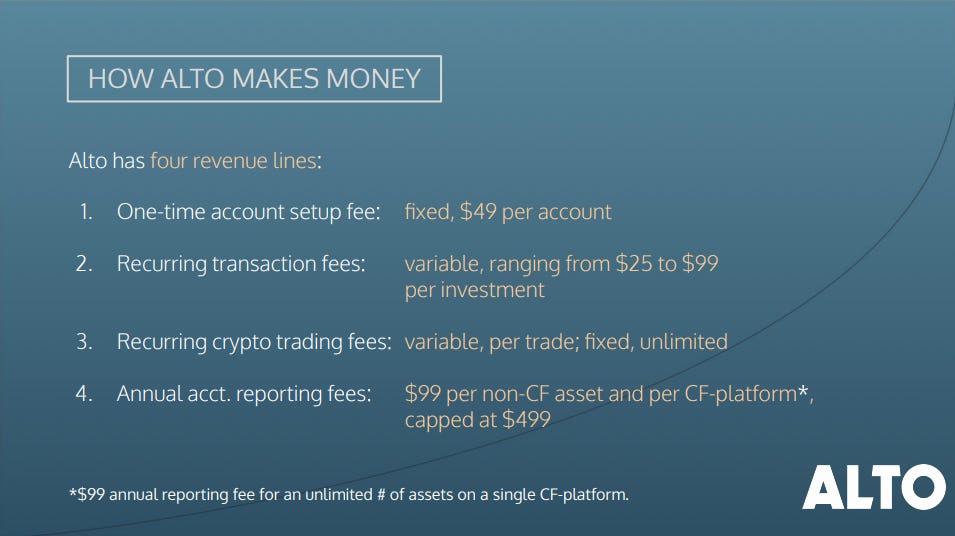 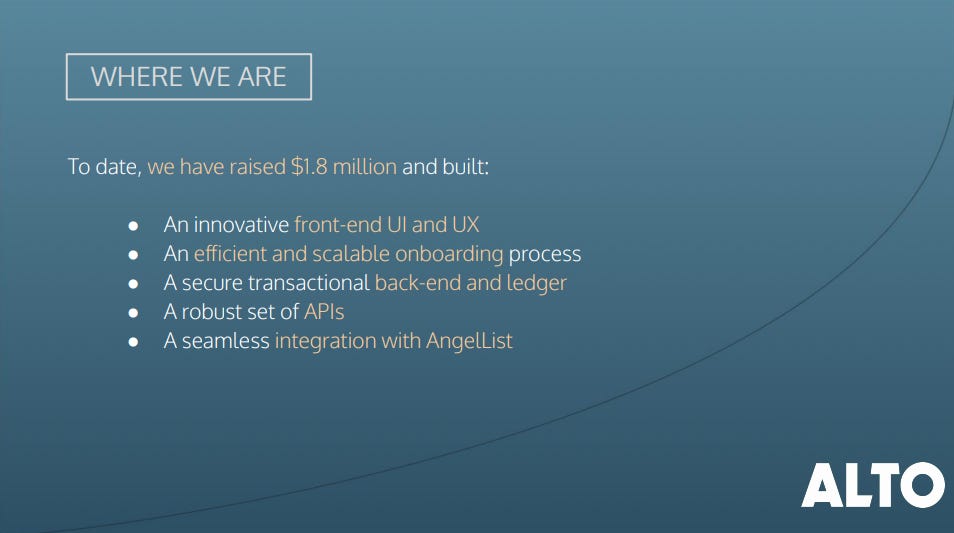 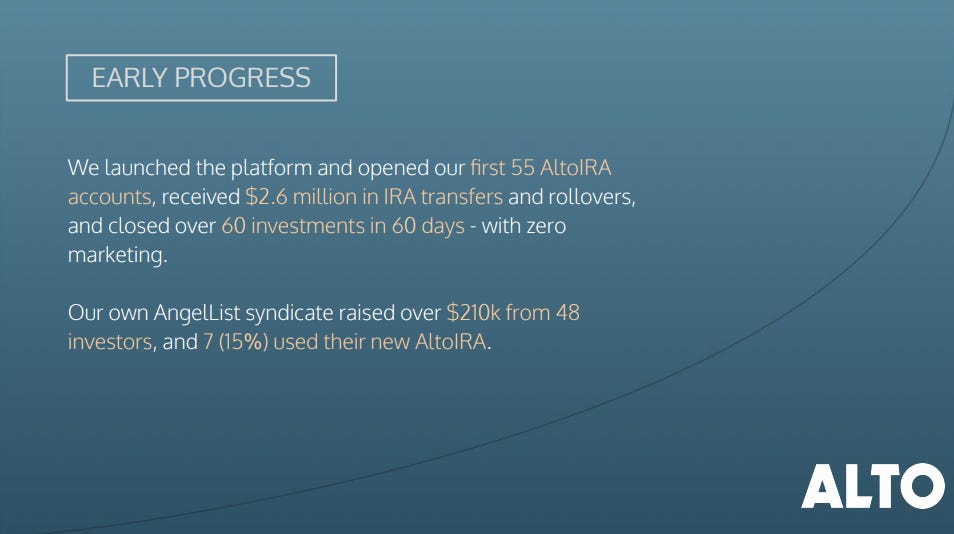 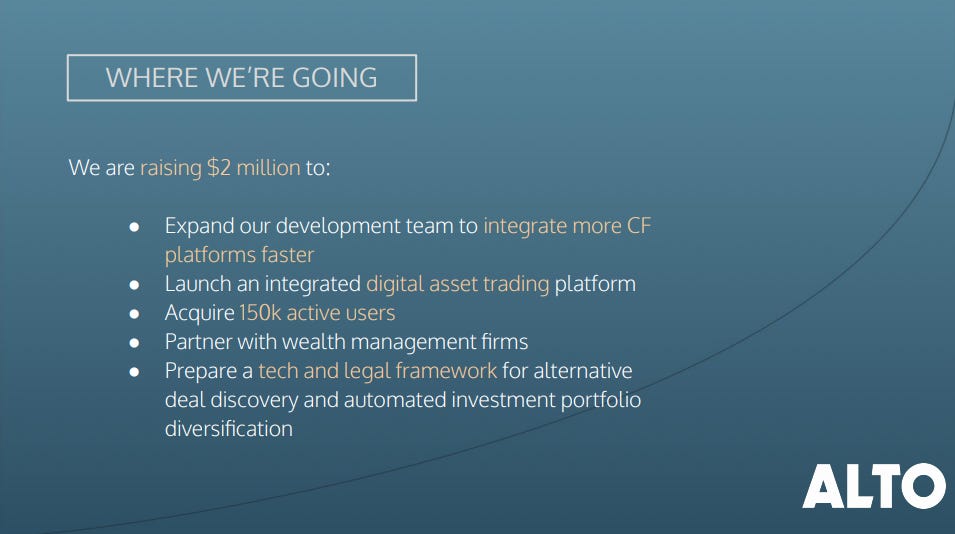 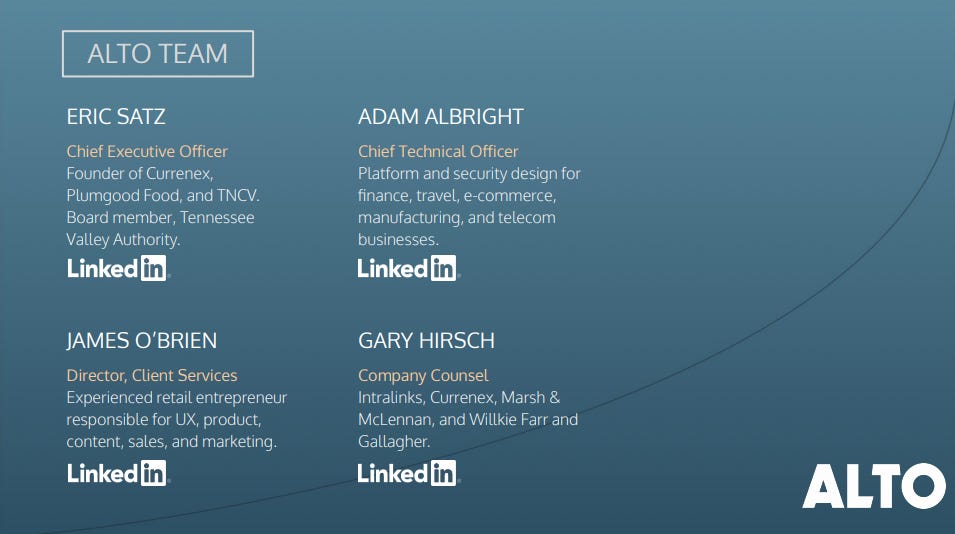 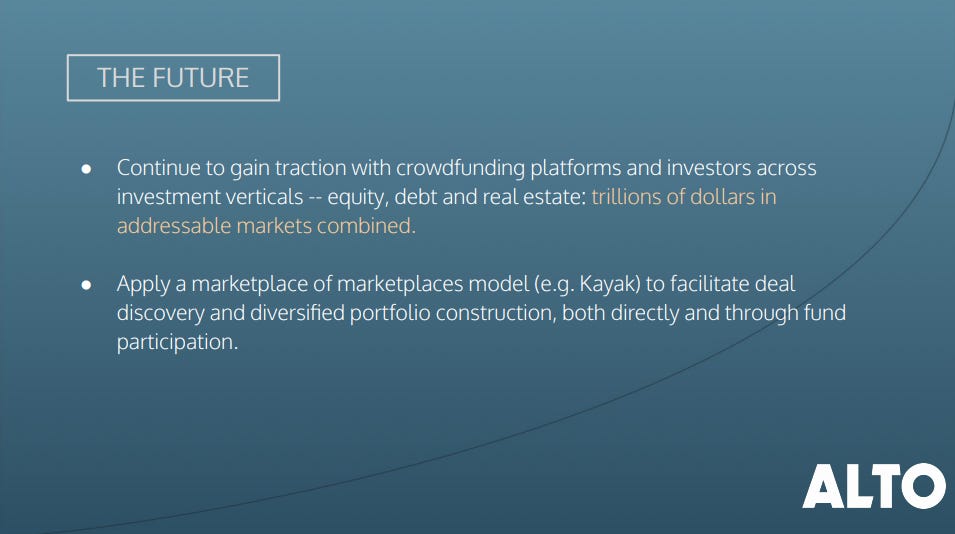 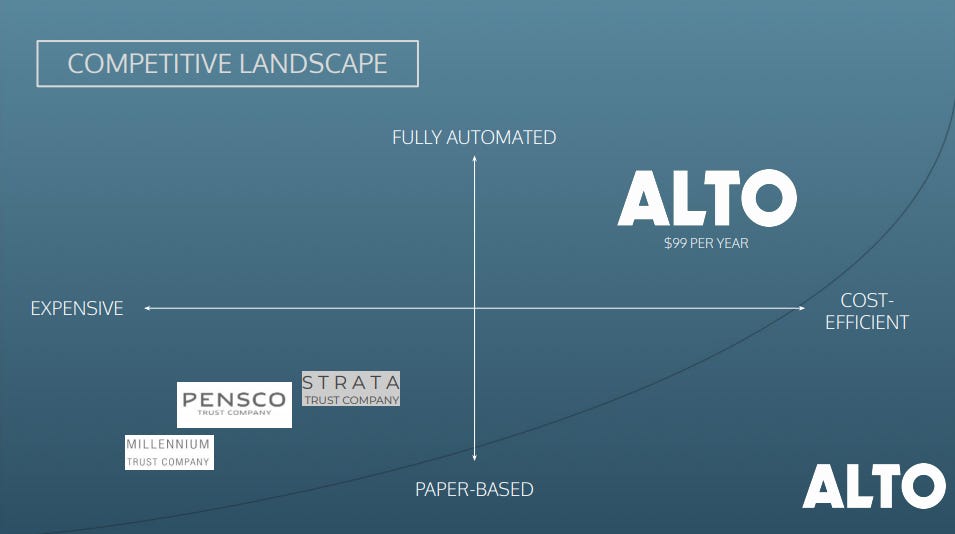 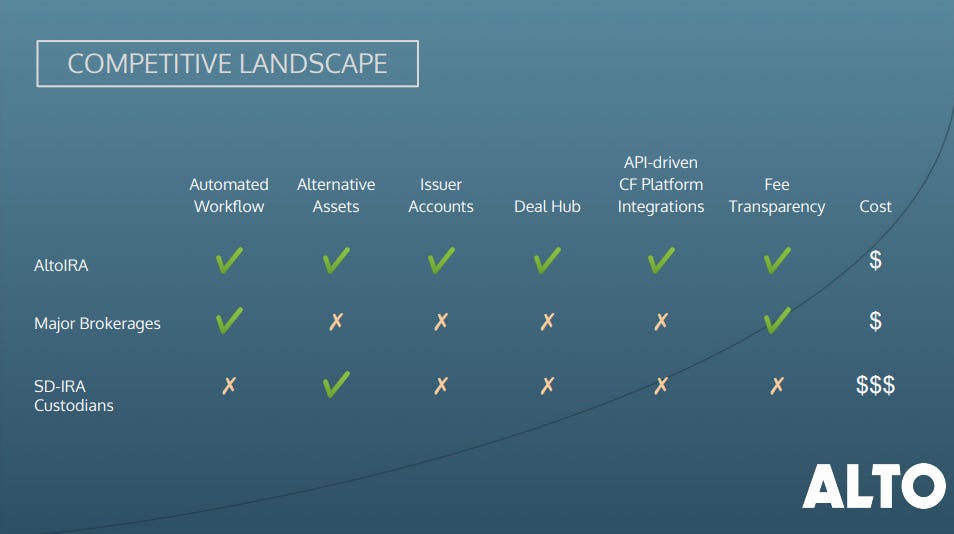 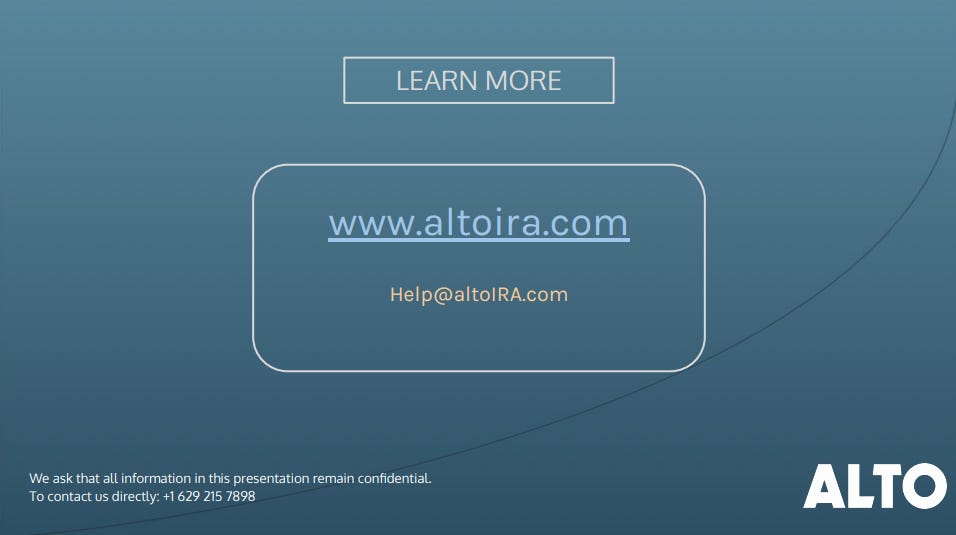