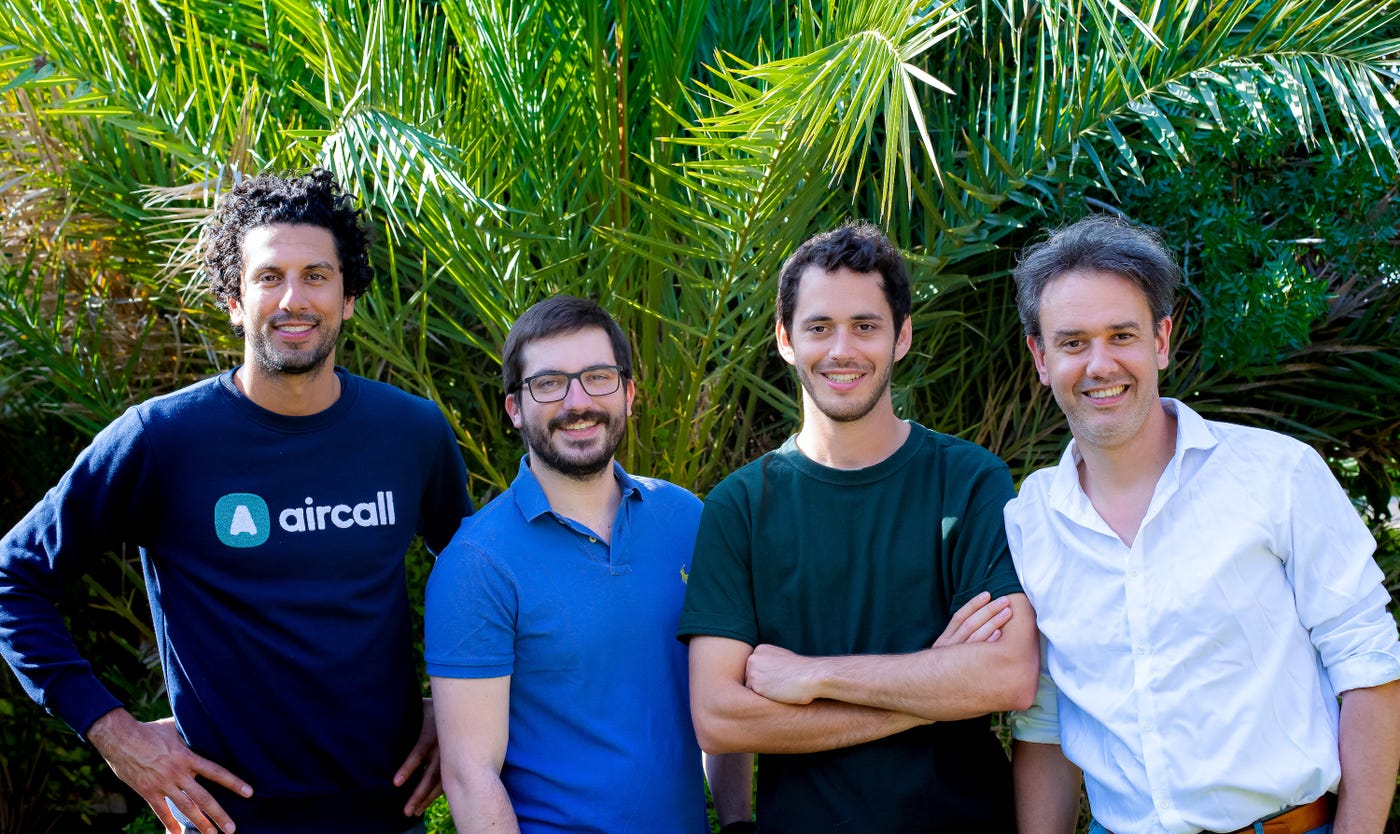 The coronavirus crisis has made the past few months challenging for many startups. But it presented a particular problem for Aircall, which has its major offices in Paris and New York.

Aircall, the maker of a cloud-based phone service, was in the middle of trying to raise a Series C funding round when the global economy and stock markets went into free fall as countries around the world curtailed the movement of their citizens to try to contain the COVID-19 outbreak, CEO Olivier Pailhès told Business Insider.

Before the shutdowns, Aircall was seeing a lot of interest from prospective investors. After the shutdowns began, those prospective backers started backing off, some wanting to reconsider the investment and others wanting to commit no more than half the money they’d promised before, he said. The investors’ cold feet led to a lot of stressful conversations among Pailhès and his cofounders.

He said they were planning for a $60 million to $70 million round. But then they asked, “Are we going to do that?”

But then things started to turn around. The company seemed to be benefiting from the work-from-home trend, Pailhès said. It had its best month ever in March, and the first quarter was its best ever. In two months, it attracted 1,000 new customers, boosting its total by 25%.

“It became pretty clear for investors that we would actually be one of the winners,” he said.

In the end, Aircall had more funding offers than it had space for and raised $65 million. It had to accept a valuation that was a little less than it expected when it started fundraising, but still up about three times since its last round, Pailhès said. He declined to provide the company’s valuation.

The whole process “was pretty much a roller coaster,” he said.

Now that the ride is over, Pailhès and his team are getting back to business. The company is investing in its product, a kind of virtual phone system.

Aircall’s system integrates with many services

Aircall’s service allows corporate customers to make and receive enhanced calls that integrate with their business software on computers or mobile phones. It can be configured to automatically route calls to particular employees and used for conference calls. For managers, the system offers analytical tools that can be used to measure the duration and effectiveness of calls. And the service is designed to be connected and integrated into other business software, so sales representatives using Salesforce, for example, can call their contacts and managers with one click using Aircall.

The company sees RingCentral as its chief rival. But Pailhès thinks Aircall can compete by offering a premium product. Part of the way he plans to do that is by allowing customers to integrate Aircall into their other business software.

Already, Aircall’s phone system can be connected with about 60 services, including Slack, Shopify, and Zendesk. The company is planning to use its new funding to help boost that number to 600, Pailhès said. When connecting with a client or a customer by phone, Aircall users should be able to quickly see relevant information about them, whether in email, on the web, or elsewhere, he said.

“We feel really the phone makes sense when related to information you have somewhere else,” Pailhès said.

Additionally, the company its building out its collection of sales partnerships. Aircall is hoping to boost its presence in the corporate world by having partners promote its service, he said.

“We’re going to invest a lot there,” he said.

Aircall, which Pailhès founded with three colleagues in 2014 and launched in 2015, has about 300 employees, with about one-third in New York, 190 in Paris, and the rest scattered elsewhere. Pailhès expects the company to have 350 workers by the end of the year and 600 by the end of next year. About 200 of those new employees will be engineers, but Aircall also plans to hire employees for new local offices in Asia and the US and a new tech office in Europe, he said.

The company is focusing on the small and medium-size business market and already gaining a strong following among marketplaces and in the financial-services and travel industries, Pailhès said. Such customers are frequently using it in their sales and customer-support operations, he said.

“It became pretty clear for investors that we would actually be one of the winners,” he said.

Here is the pitch deck Aircall used to raise its latest funding round: 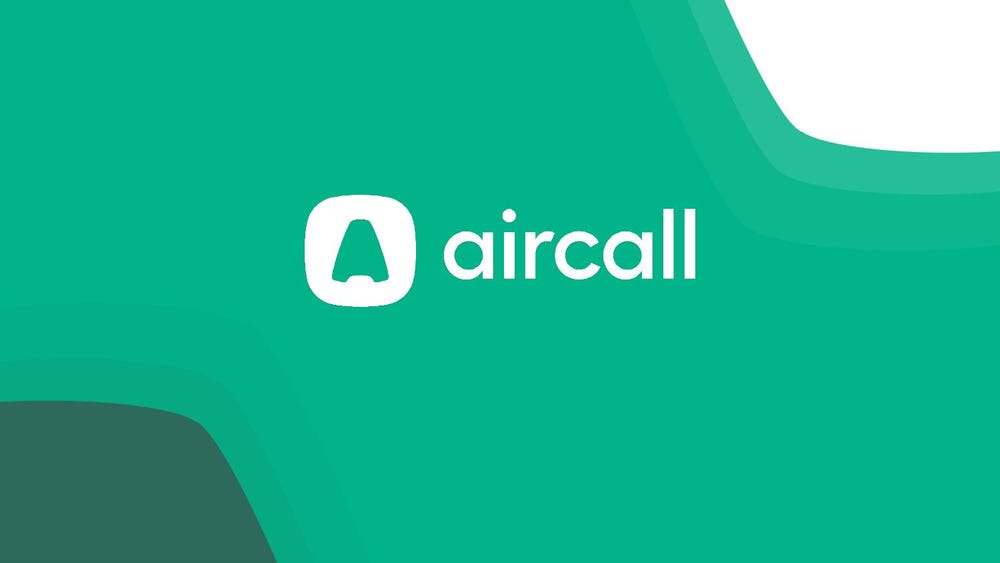 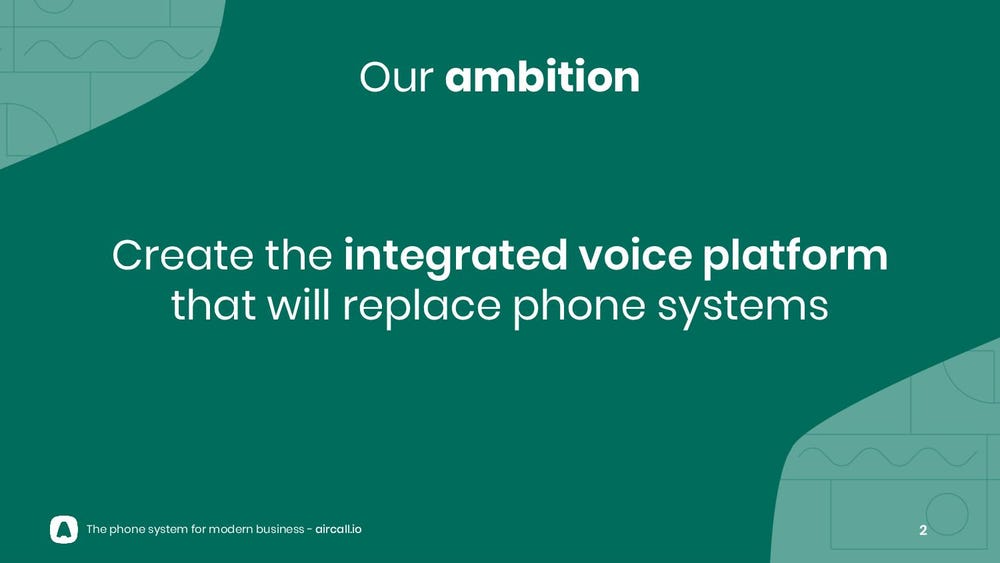 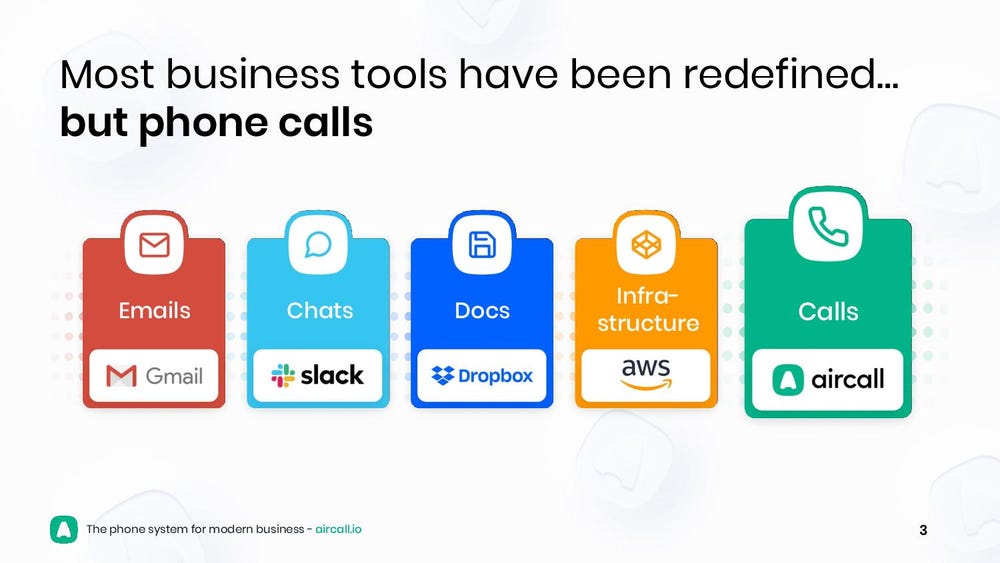 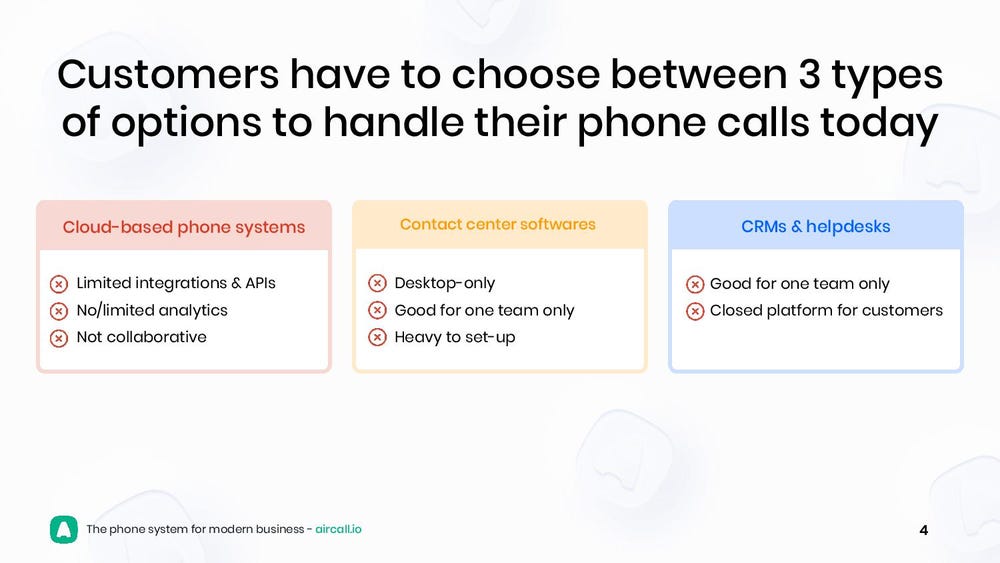 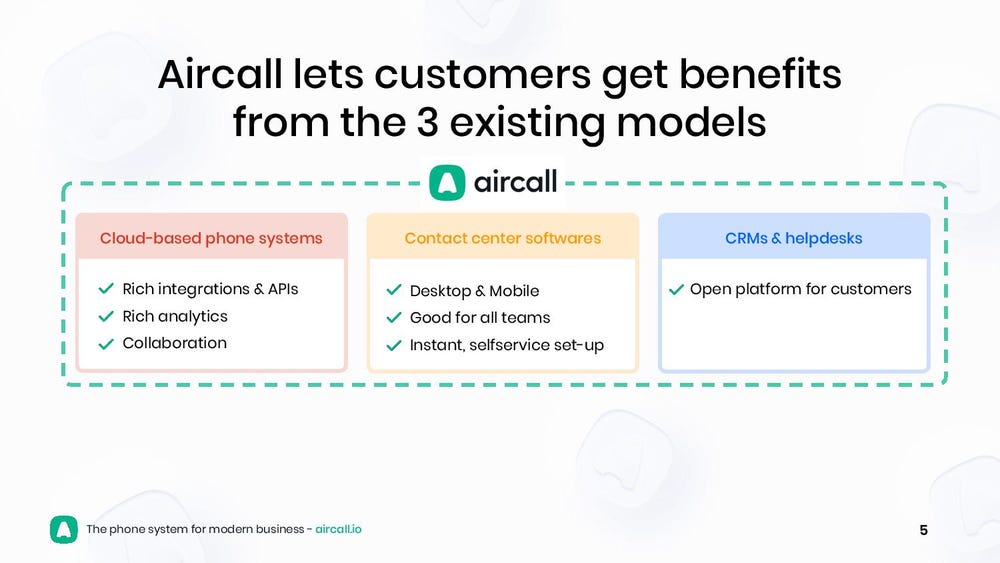 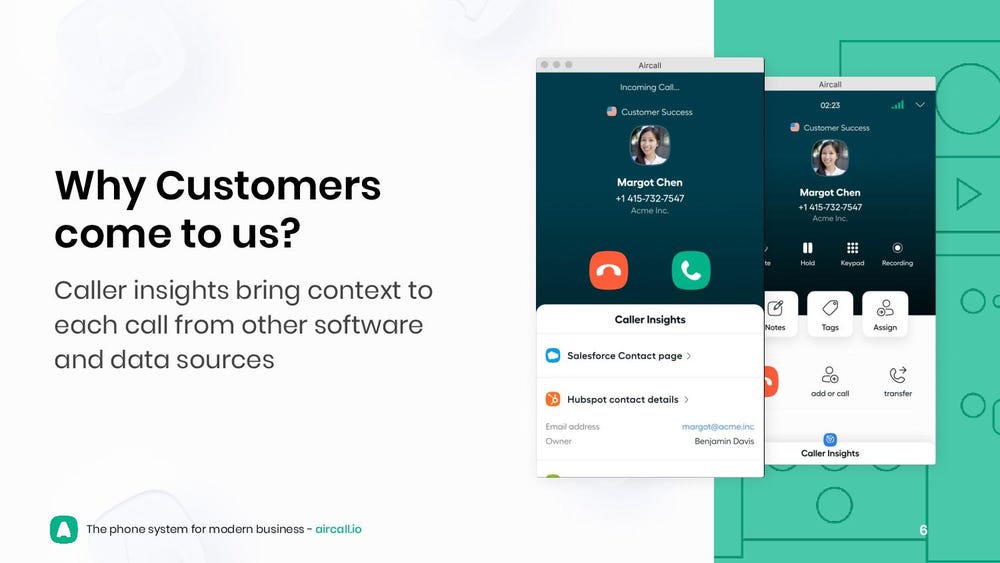 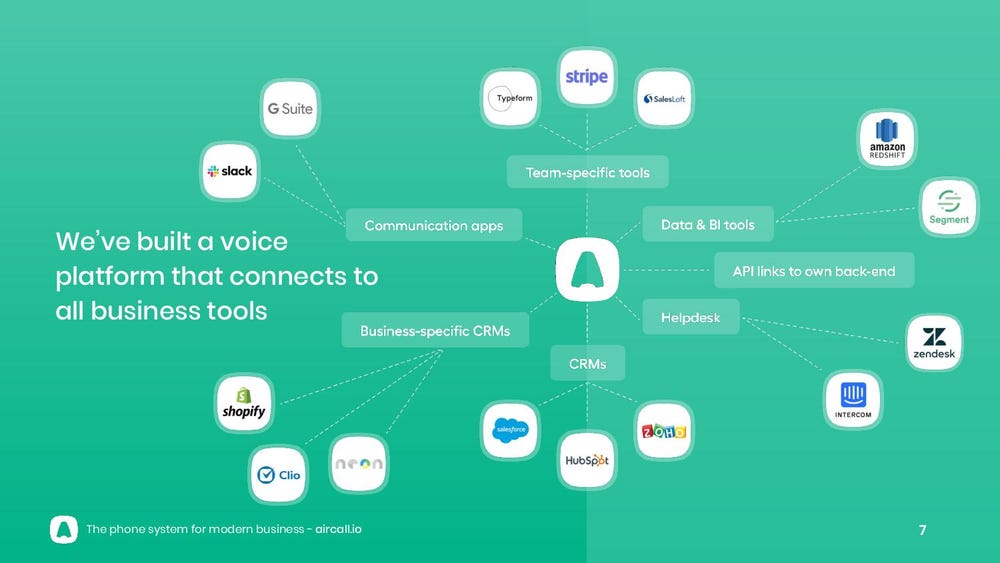 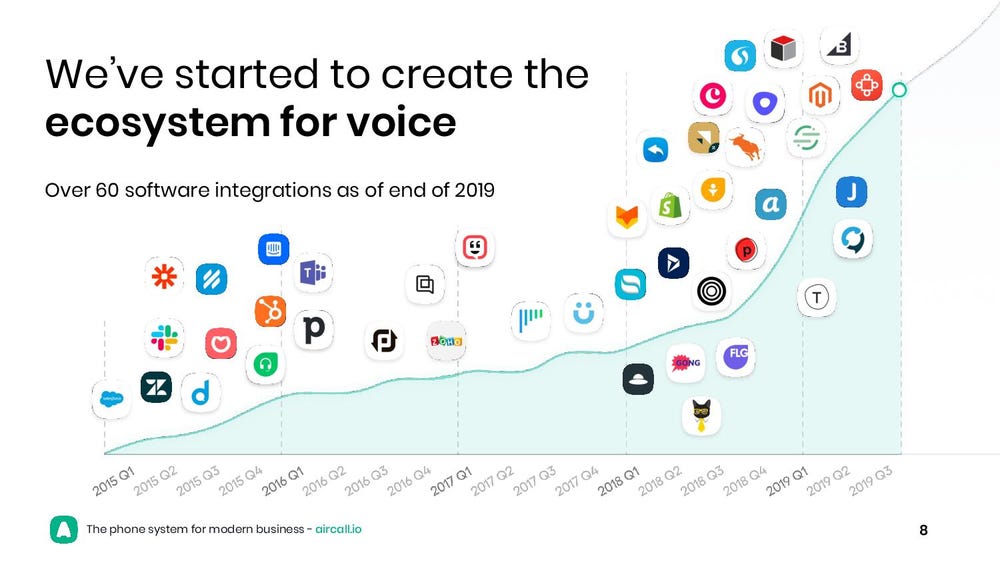 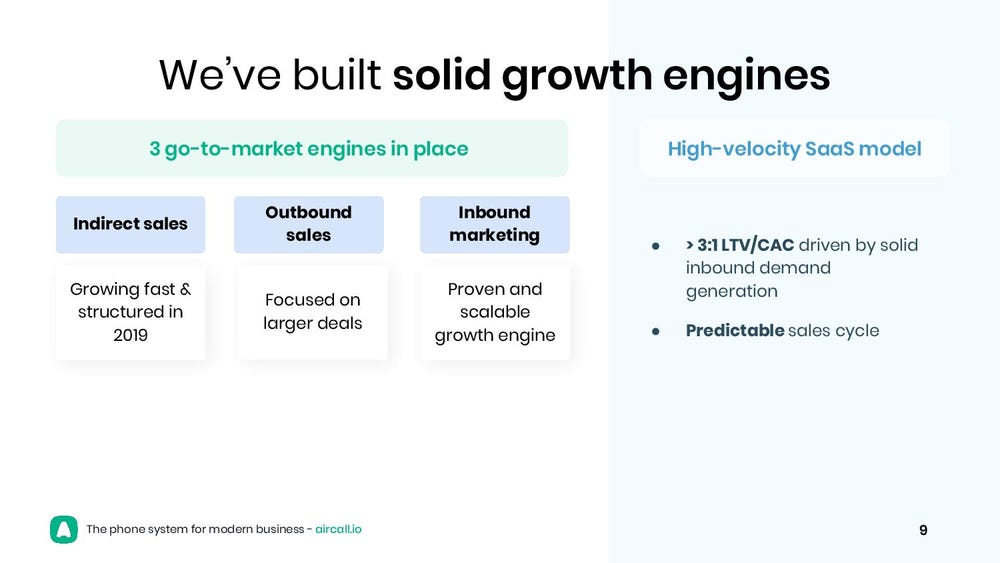 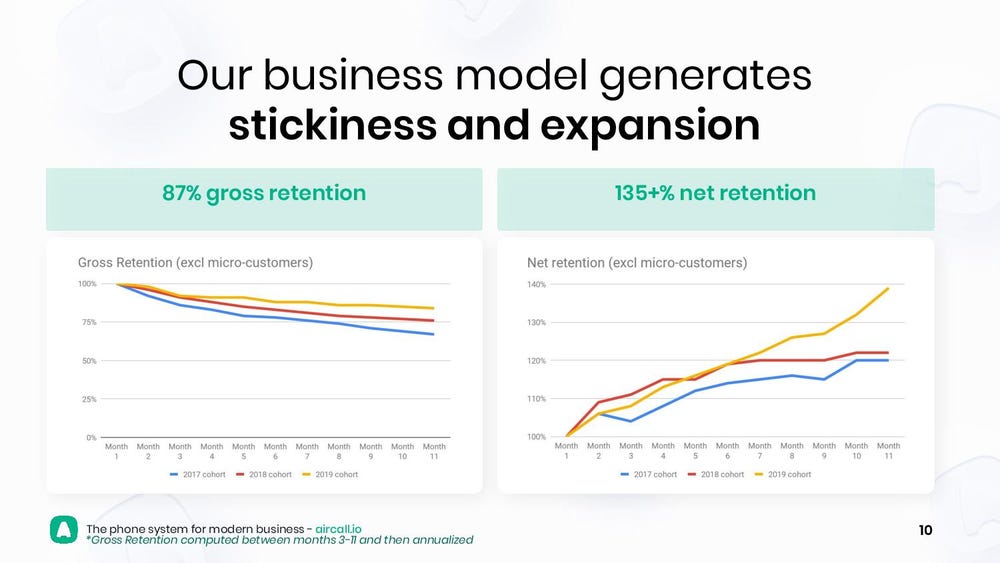 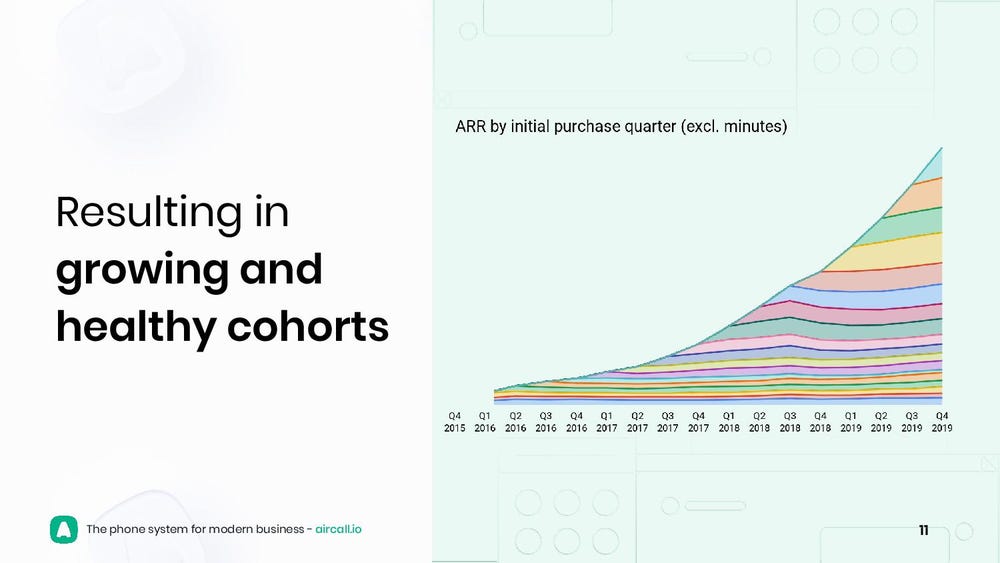 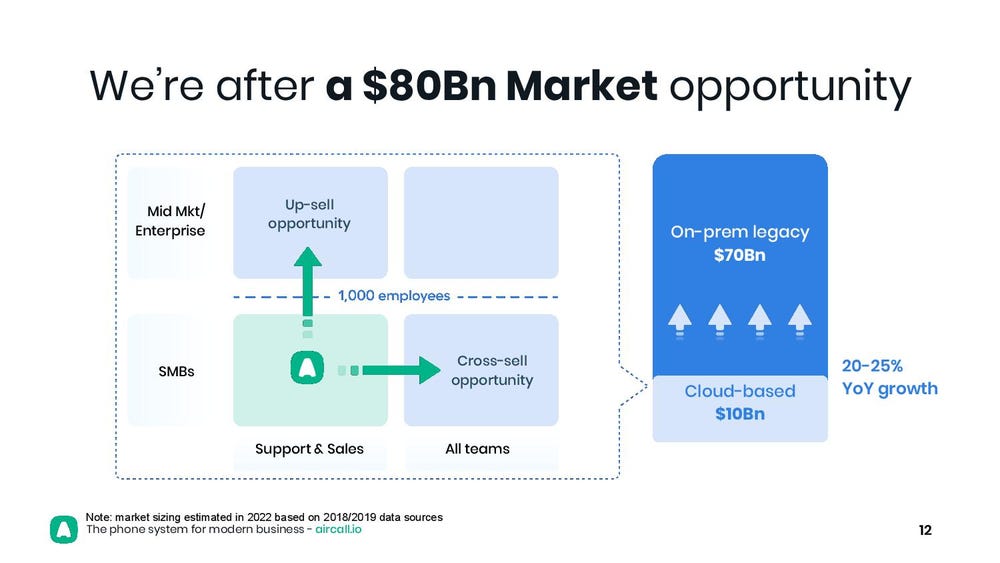 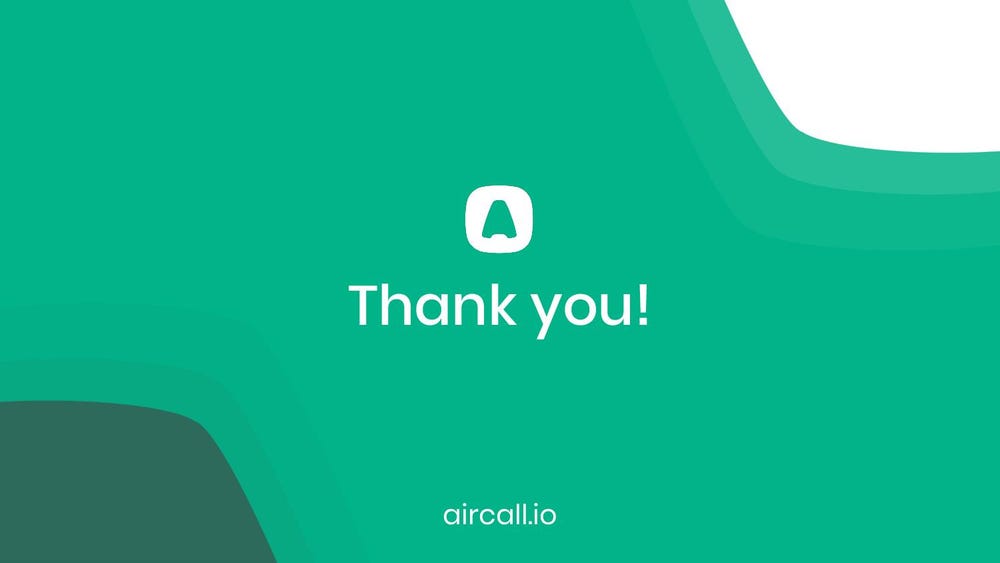